If there’s one thing the last few years have taught us, it’s that we need community. Giving backpackers temporary communities and a sense of belonging is something hostels do so well. In 2021 hostels began to fill up again. Even while getting back to business as usual, some hostels stayed devoted to their local communities. These five hostels were selected by the HOSCARs’ judges, as Community Champion Hostels. Which hostel is your community-minded HOSCAR winner? 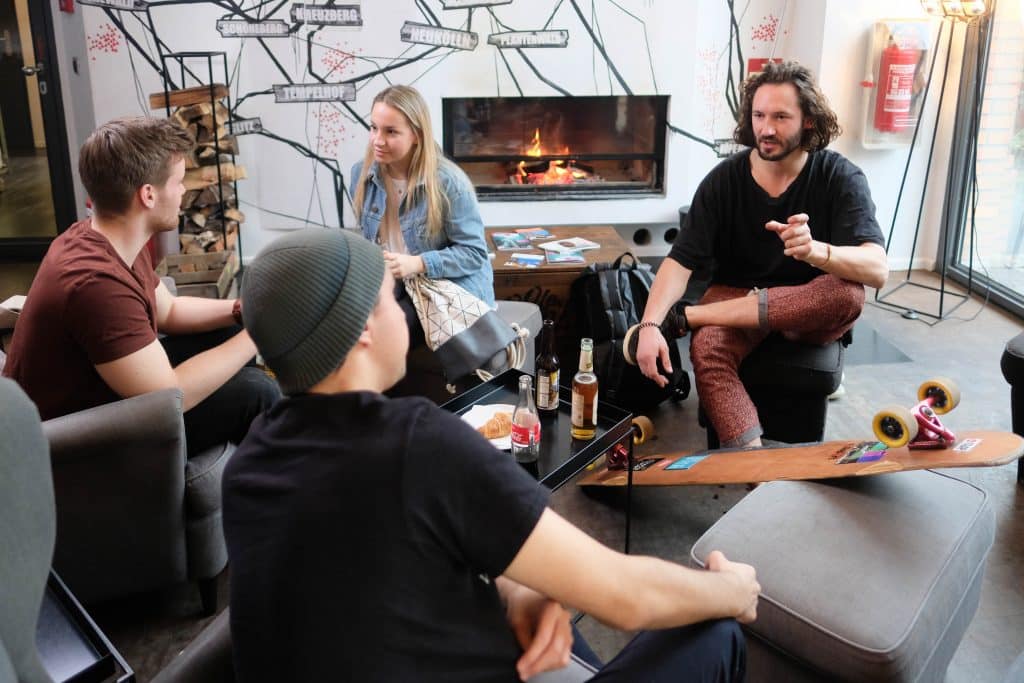 Like many European cities, Berlin was hit hard by the Covid pandemic. Most of us remained locked indoors, desperate to go outside. Those without homes struggled on the streets as shelters buckled under COVID regulations. By the end of a gruelling 2020, many of these winter shelters remained closed. The Pfefferbett Hostel Berlin decided to intervene.

The Pfefferbett Hostel Berlin is one of a handful of businesses with inclusivity at its core. Across all teams, almost half of their staff has some sort of mental, psychological or physical disability. While other businesses were forced to reduce their staff throughout the pandemic, this hostel strived to protect. Knowing many of them did not have the option of finding work on the free market. From November 2020 until May 2021, with little government funding or trained staff, they provided 90 beds, food and clothes for the homeless. Not only protecting their staff’s jobs but also making a lasting positive impact on their community. 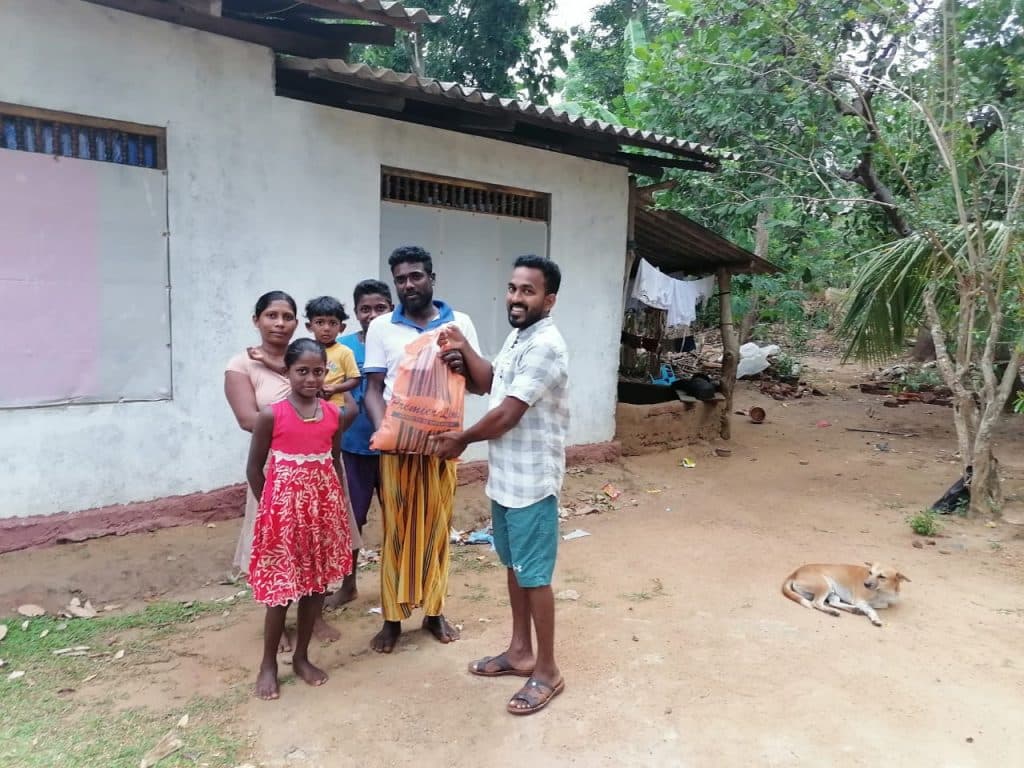 Sri Lanka has struggled with tourism since the 2019 Easter bombings and the worldwide impact of COVID-19. Roy’s Villa Hostel, like many businesses, was on the edge of ruin – until a GoFundMe page was set up. With the overwhelming support of their previous customers, they managed to raise $28,000 in total. Roy could have kept it for himself. But no. Instead, he chose to give back to his local community to help invest in, build, and support struggling families.

From supporting 30 impoverished families with food packs and feminine hygiene products to covering essential care for those in desperate need – Roy’s generosity truly knows no bounds. He is currently building water systems for communities in the north suffering the effects of drought. This has been achieved by coordinating with local leaders to support suppressed communities. Roy’s Villa Hostel strives to employ locals, improving language and interaction skills. By ultimately enhancing their ability to withstand further hardship, this hostel is undoubtedly a Community Champion. 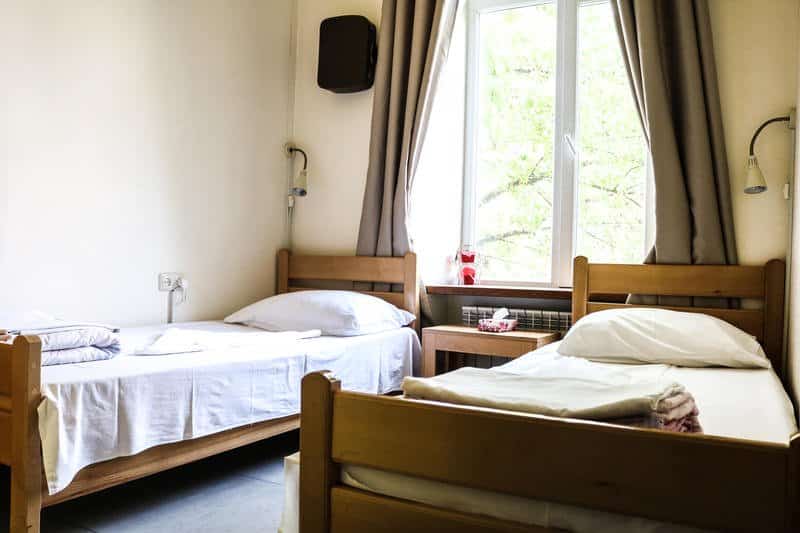 In 2020, the ongoing conflict between Armenia and Azerbaijan erupted into full-scale war. Innocent civilians’ lives were turned upside-down in the disputed region of Nagorno-Karabakh. Following the war, many families remain struggling and poverty-struck. Envoy Hostel in Armenia quickly realised they had the facilities to make a real difference.

Without hesitation, they opened their doors wide to affected refugees. They offered their beds to those who most needed them, expecting nothing in return. Throughout 2021, they have raised funds to rebuild and renovate the houses of families who had lost their homes to the conflict. As December drew near, they even visited local schools with sacks worthy of Santa himself; full of gifts, Christmas trees, decorations and seasonal clothes. This Community Champion not only recognises the needs of refugees but also the need for Christmas cheer in the darkest of times. 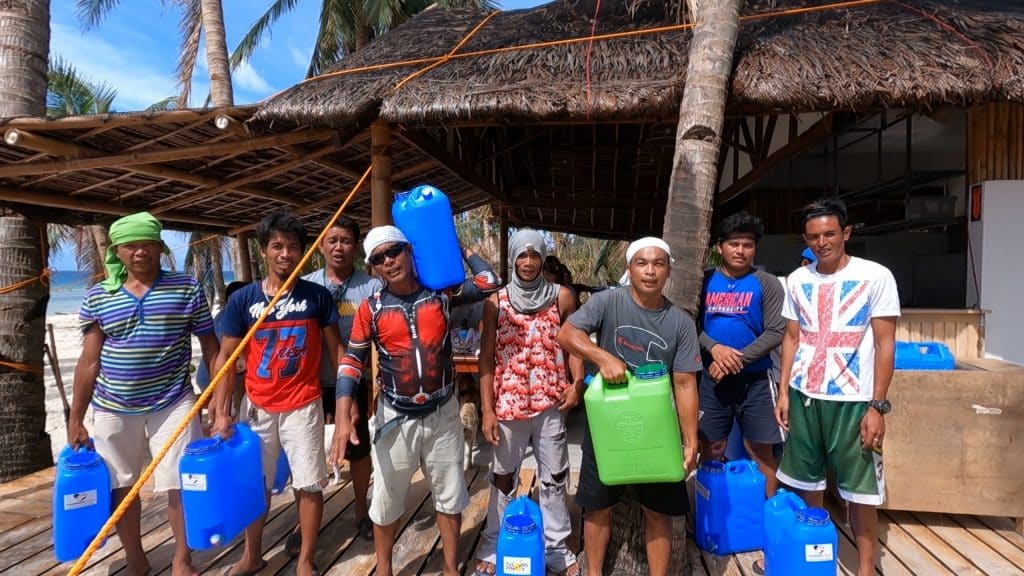 On the 16th of December 2021, Cebu Island was hit by super typhoon Odette. The southern province saw homes and livelihood washed away in an instant. Once happy families were left with ruined homes and minimal provisions. But nothing compared to the devastation in the southern town of Badian. The fishing town saw 99% of fishermen’s boats obliterated by the typhoon. In Lambug beach, Hostel Seven saw the tragedy unfold firsthand. They knew they had to help.

Immediately they made calls far and wide to friends and family across the globe. They received an influx of bottled water. Canned food. Clothing. Delivered urgently to the devastated citizens of Badian. To this day, they have been able to feed 383 families and counting. Working tirelessly to deliver short term relief, they have continued fundraising for long term donations. As funds become available, they are helping to rebuild houses and fishing boats. Little by little, the people in Badian can start rebuilding their lives thanks to the help of this true Community Champion. 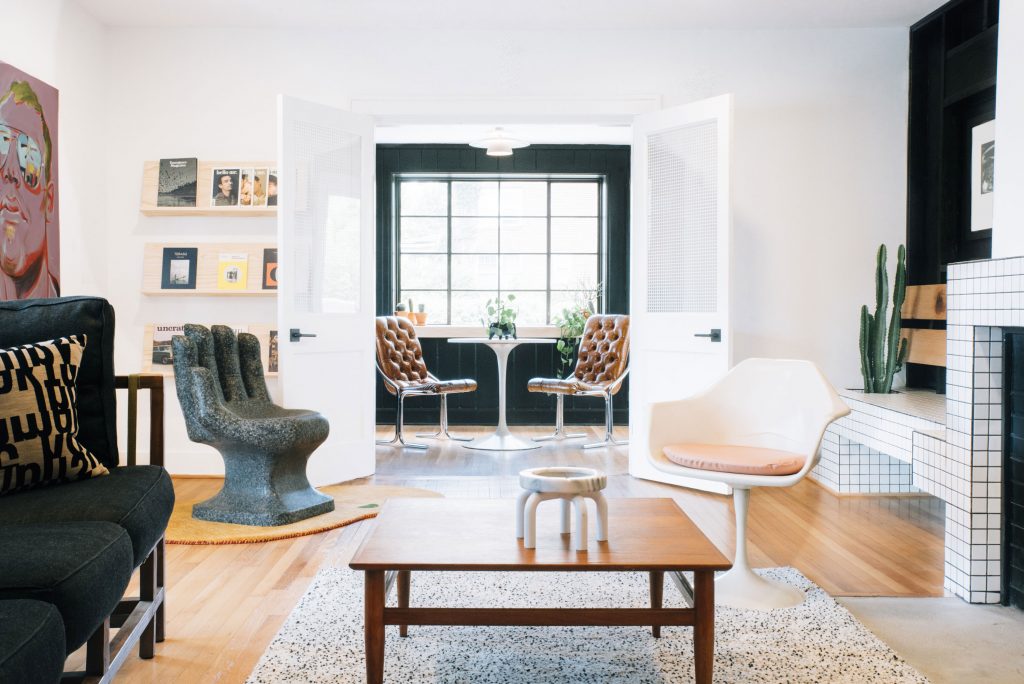 Nestled up against the foothills of the Blue Ridge Mountains, Greenville is a city steeped in tradition and American history. In 1996, the town of 68,000 passed a resolution stating that “lifestyles advocated by the gay community should not be endorsed by the government”. Since then, the local community have made huge efforts to reverse this stance. But there is more to be done. Based in a conservative, Southern city with no dedicated gay bars, Modal has quickly established an inclusive, safe space for LGBTQIA+ citizens.

While its doors welcome all people, Modal has specifically created an environment of acceptance and visibility for the Queer traveller and local community members over its first two years of existence. Joe Hindman, the owner, came out as a gay man in 2018, initiating his participation in the broader LGBTQIA+ family. In 2020, Joe opened Modal during the worldwide pandemic and fought to keep its doors open. The hostel works diligently to produce fundraising events with local partner organisations. Hindman himself champions the local Queer community by attending meetings within the city, county, and local government. From hiring and housing troubled LGBTQIA+ young adults to supporting local artists, small businesses, creatives, and non-profits, Modal serves as a true Community Champion across all areas.

Have you cast your vote? Once you’re done, head back to explore more EXTRAORDINARY HOSCARs finalists, or have a read through their entries in these posts: