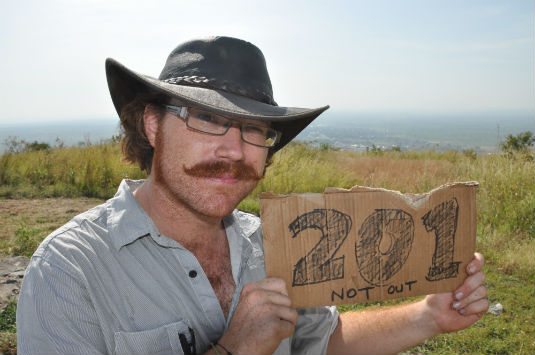 This is Graham Hughes, the first person to visit every country in the world without setting foot on a plane. Originally from Liverpool, he now lives on his own private island off the coast of Panama, which he won on a “Survivor”-style game show. We caught up with him to discuss why he didn’t use planes on his travels, money-saving tips and travelling alone.

HostelWorld: Why did you choose not to use planes?

Graham Hughes: There were a few reasons actually. First and foremost no one had done it before. Also there’s an environmental message, in that planes produce a lot of CO2 emissions. I felt it would be slightly hypocritical of me to be going to countries that are endangered because of rising sea levels, places like Tuvalu in the Pacific Ocean which is going underwater. It gets flooded every year now and they can’t grow any vegetables in the ground anymore, because of the salt. One of the other things I was doing is raising money for the charity Water Aid, which is a charity very close to my heart.

HW: Which items can’t you do without?

GH: When it comes to what you actually need when you go travelling, you should really strip it away to the bare essentials, because otherwise it’s just making it so much more difficult for yourself. You can buy pretty much anything you want in the world, unless you’re planning on hiking through the jungle or arctic tundra. The other thing I will say is to not drag with you is someone who doesn’t want to go. You want to go somewhere and you want to get one of your mates to come along because you don’t want to go alone. My advice: just go on your own.

HW: Did you always travel on your own?

GH: Yes and I would recommend it, because you’re never alone for long, you always start talking to people and making new friends, and it’s a lot easier to talk to people when you’re on your own. I think that when there’s two of you, you tend to stay a little bit isolated. Especially in crowd situations. I was staying in hostels and I made a lot of good friends staying in South Africa and places around the world. 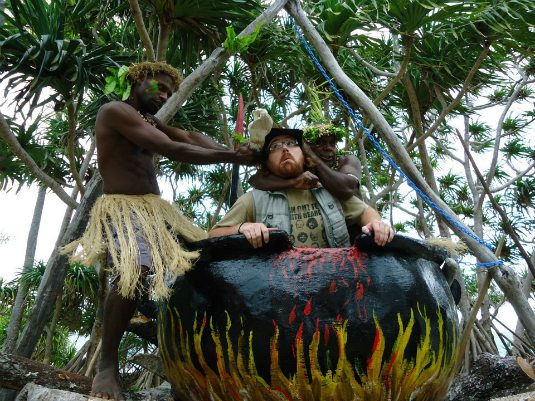 HW: Any tips for other ginger travelers?

GH: Get a hat. Definitely get a hat. I’m of the school of thought that there’s no such thing as a healthy tan. But I’ve never felt any discrimination for being ginger. In fact, it came in handy when I was in Key West in Florida on St. Patrick’s Day. Because of my hair colour and funny accent they automatically assumed I was Irish, so I got lots of free whiskey.

HW: And what about money-saving travel tips?

GH: Stay at hostels, don’t stay in hotels. Hotels are the most money-crunching nonsense created by man and they have no bloody soul! When you go to a hostel you’ll be meeting with people who have the same sort of outlook on life. It’s not weird, you can sit down and have a game of cards or go out drinking. I flew into New Zealand in 2002, and I was a bit down because I’d left my girlfriend behind in Australia. I arrived at the hostel in Christchurch, and within half an hour I was out with a big gang of Irish lads in a bar watching the football. You try and talk to people in a hotel and it’s just weird, it’s like Lost in Translation with Bill Murray. Hotel bars are usually quite empty and soulless. I guess I just don’t like hotels.

HW: What’s your next travel adventure?

GH: I can’t tell you, it’s a secret. I’m teaming up with a fellow world record holder called Tyson Jerry. He holds the record for the longest journey in an alternatively fuelled car. Next year we’re planning a brand new adventure with an air of eco-friendliness about it. In the meantime, I’m going to be starting work on building a hostel on my private island in Panama… I’m hoping to make a cute little pop-culture/sci-fi eco-retreat there – it may well be the first in the world!

If you missed part I of the interview, where Graham goes into detail about travelling by cargo ship, eating live octopus and staying on the right side of the law, check it out now!