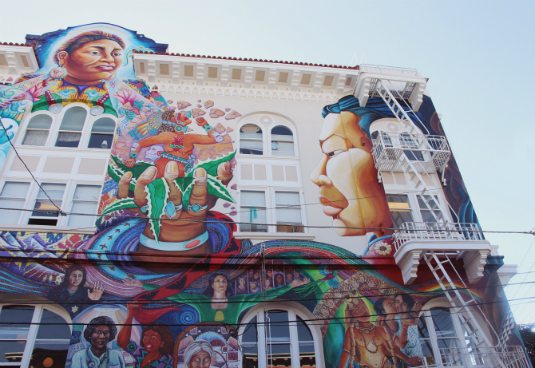 If you’ve visited San Francisco in recent times, you’ll know the spots generally recommended to tourists – Fisherman’s Wharf, Pier 39, Union Square (it’s the house from Full House!), the Golden Gate Bridge. Whilst all nice for an amble through and all very important pieces of the city’s history, these types of sites can get feel a little too polished, manicured and staged after a while.

San Francisco’s Mission district, meanwhile, is the opposite. It’s gritty here, a mish-mash of different cultures and people. It’s an intersection of Latin American culture and a new wave of hipster boutiques, bars and eateries. You see, the Mission is the area many of the city’s Latin American population have called home for decades but in the last few years, there’s also been an influx of artists, freelancers, students and entrepreneurs too.

The Mission’s gentrification is a contentious issue in the city, the country and the world, but despite the social issues, right now this is a neighbourhood in flux, with an interesting and diverse mix of the two very different influences. Real taquerias and street food vendors sit alongside Indian dosa restaurants and some of the best coffee houses in the city; huge warehouse-like thrift stores are found next to eco-boutiques and gourmet chocolatiers; dive bars that have been around for decades are just down the road from modern rooftop bars. It’s an interesting place to wander through.

So here are some of the places I found in the Mission. Head to the area if you’re in town, seek some of these spots out and find some of your own too! 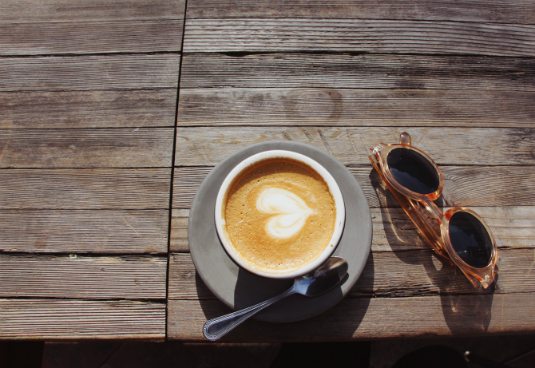 Wander down Valencia Street and peek in on the shops – thrift stores, antiques, high end clothing and homewares stores or one-of-a-kinds like Paxton Gate for obscure curiosities or Dandelion Chocolate for chocolate treats made on-site before your eyes.

There’s a few spots along the street for very good coffee too like Four Barrel Coffee or Ritual Coffee Roasters. My favourite spot was divey biker bar, Zeitgeist, where all the drinks seem to be doubles and some very unique characters could be found. 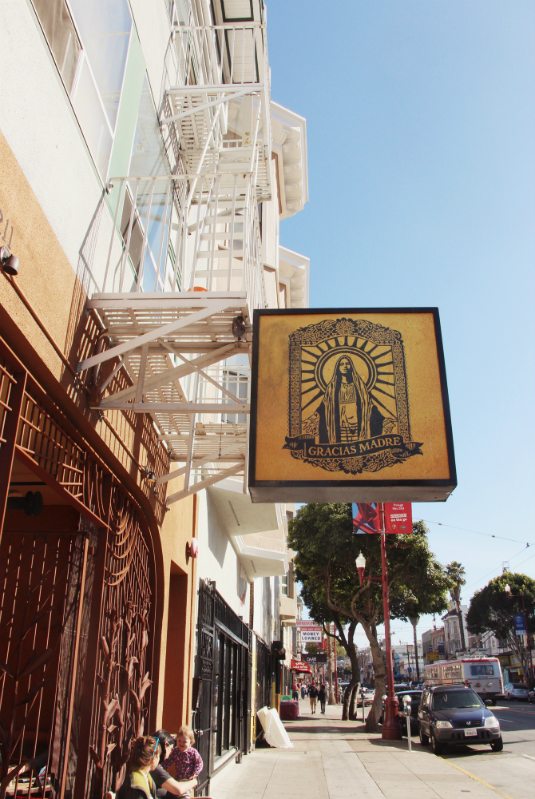 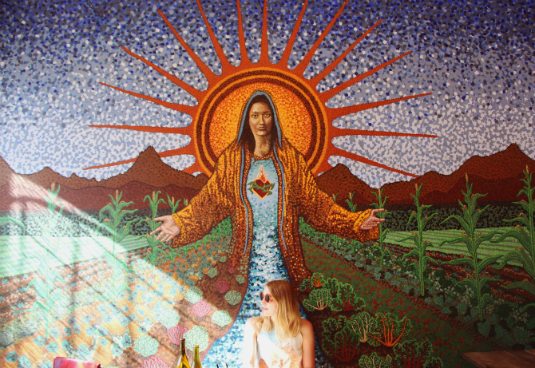 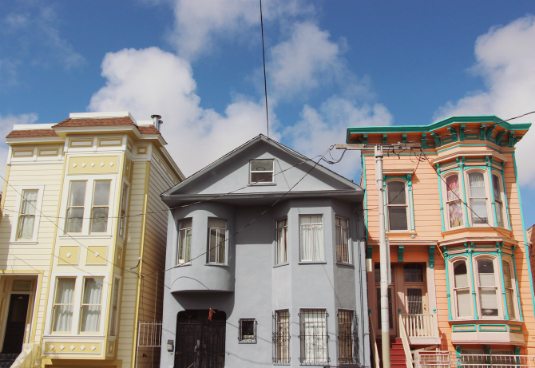 Wander the more suburban streets, keeping your head up and eyes open looking out for the area’s colourful houses. The beautiful colourful houses and graffiti murals popping off alleyway walls (try Clarion street and the Balmy Street murals) are unmistakably thanks to the Latin American residents who made this area what it is today. 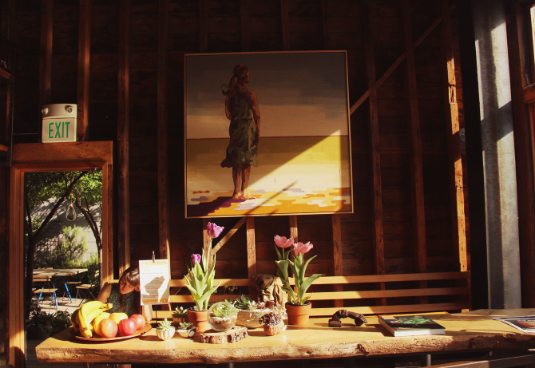 If you’re looking for a spot to catch up on some work or check your emails, head to Stable Café off in the middle of the industrial part of the Mission. The cafe is a meeting and incubator space for local businesses and the community too. There’s second floor loft space for laptoppers but the real centrepiece is the outside area filled with terrariums hanging in trees, succulents, big wooden tables and access to the San Francisco sun. 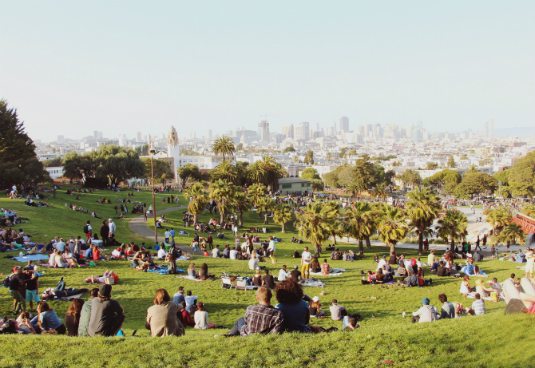 In the late afternoon, especially on Sundays, the area’s diverse mix of residents come together at Dolores Park to barbecue, throw around a football or a hacky sack or just to sit and admire the city skyline. Join them! 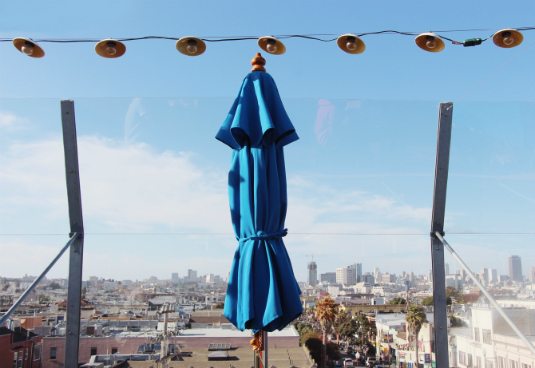 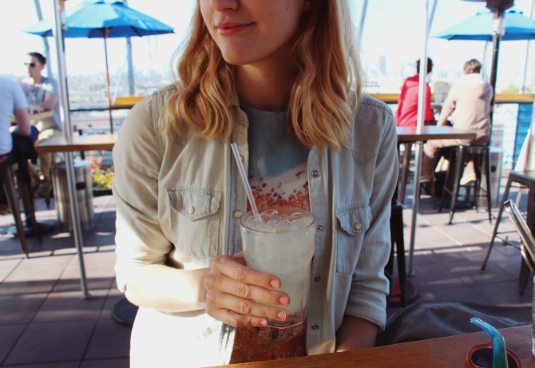 Sunsets are good at El Techo de Lolinda, a rooftop spot serving margaritas and more modern Mexican food. Here they have pretty much the only spot where you can see out over the whole city (there’s not too many high rises in San Francisco), come early to stake out a good spot for sunset. 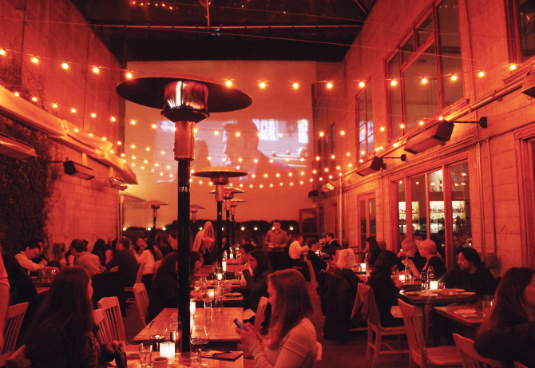 End the day nestled within the fairy-lit courtyard at restaurant Foreign Cinema, with lights strung up all around. Foreign and classic films are projected onto the walls around you while you eat, make sure to reserve a table and ask for a courtyard table!

Follow the travels of nomadic freelancer Katie McKnoulty for more authentic, secret, soul-filled places to visit around the world at thetravellinglight.com.