Glastonbury Festival’s great, but can it really compare to cheese chasing, baby jumping or bun climbing? We’ve put together a list of the most unusual festivals from around the world, read on for 25 ways to make your life less boring. 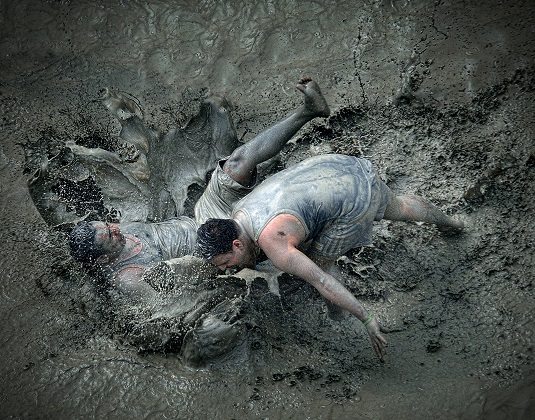 The gorgeous coastal town of Boryeong hosts an annual Mud Festival and it’s as messy as it sounds. The festival is one big party, with music, inflatables, zip-lining, and a whole host of mud-related activities such as mud wrestling and mud fireworks.

Towers of sweet buns up to 60 feet high line the streets of Cheung Chau in the days leading up to this festival. On the day, competitors race to climb these sweet towers, grabbing as many buns as possible in the process. Sign us up! 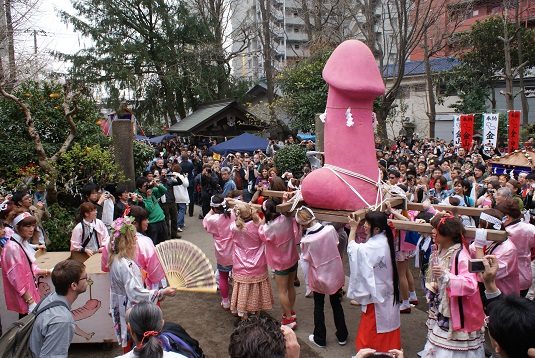 That’s not a typo, jumping over babies lying on blankets is the name of the game at this festival. Located in Castillo de Murcia, the fiesta is full of culture, religion, local tradition and heart-stopping suspense. 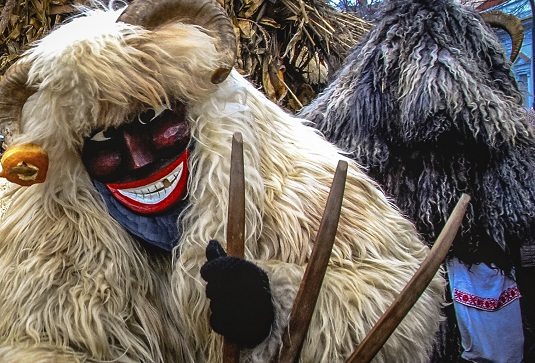 This festival dates back to the 18th century and involves men dressing up as horned devils, or “Busós”, and attempting to chase away the winter. It’s a terrifying sight, but all for a good cause: summer!

For those of you not from the UK, a Yorkshire pudding is a savoury accompaniment to a traditional Sunday Roast, made from eggs, flour and milk. But the puddings featured at this festival aren’t made for eating, they’re made for racing across Bob Pond’s in the village of Brawby. To reduce sogginess, the giant Yorkshire puds are first coated in yacht varnish. 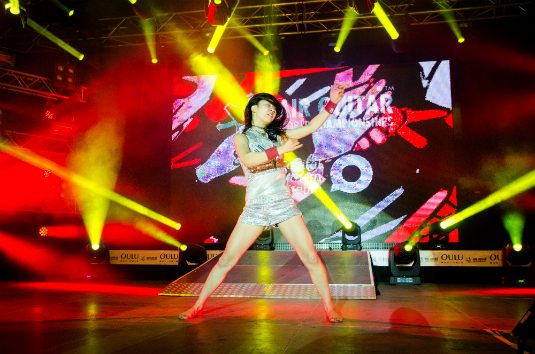 Pure unadulterated rock and roll, without the instruments. The event happens in Finland and promotes world peace, as organisers themselves say: “According to the ideology of the Air Guitar, wars would end, climate change stop and all bad things disappear, if all the people in the world played the Air Guitar.”

Enjoy sausage eating, piglet racing and a pig imitation contest all in one place. What’s the French for “oink oink”? 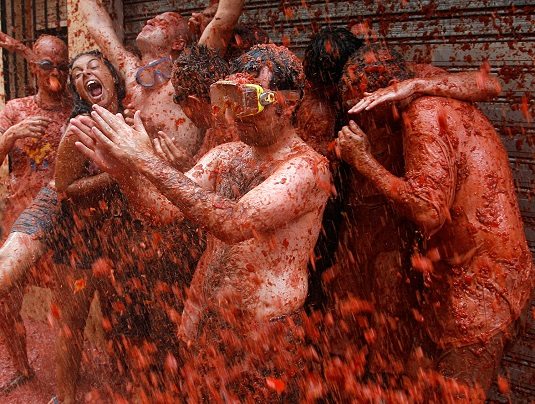 One of the more famous festivals on this list, La Tomatina is a messy mass tomato fight in the streets of Bunol. This one’s not free, but it’s definitely worth a look if you’re in the area this summer and LOVE of tomatoes.

Krampusnacht happens the night before December 6th each year, and features Krampus, a sort of anti-Santa. Every year St. Nicholas gives gifts to well-behaved children, while naughty kids get a lump of coal from Krampus. 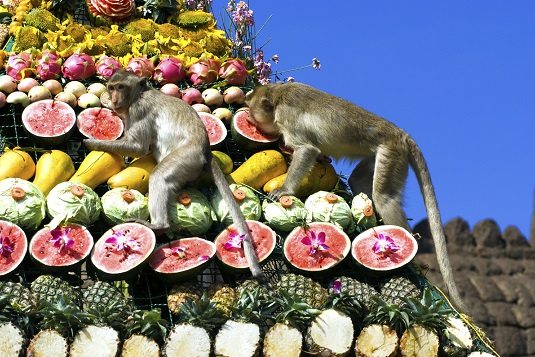 Three thousand monkeys feasting on fruits and vegetables, ice cream and other foods – you have our attention! Why not swing by and experience the monkey madness and maybe make a few new furry friends.

Every year, the people of Ivrea split into teams and recreate the 1194 revolt against the king, but with a fruity twist – instead of weapons, they use oranges! Prepare yourself for Italy’s biggest food fight. 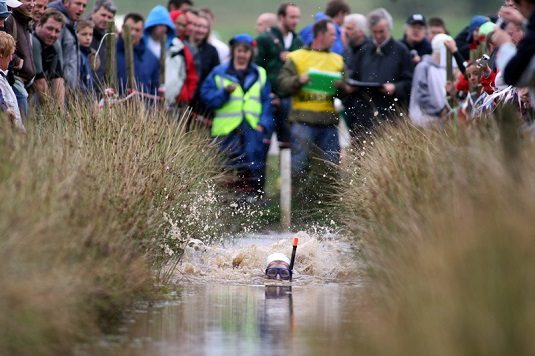 Armed with snorkels and fins, people from all over the world come to see how fast they can complete a 120-yard course through a peat bog. To say this event is Intense would be quite an understatement. 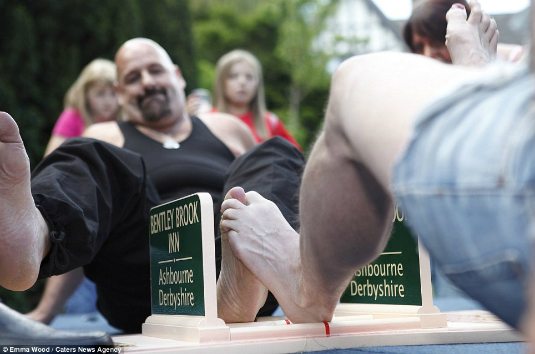 Ever fancied locking toes with a complete stranger? Toe Wrestling involves two people sitting across from each other with their toes interlocked and ready for battle. The loser is the contender whose foot is forced to touch the side of the ‘toedium’. Smack down!

Contestants take their lives into their own hands at this strange but wonderful cheese festival in Gloucestershire. The concept is pretty straightforward: large hefty Gouda cheeses are rolled down Cooper’s Hill, with enthusiastic “cheese chasers” following hot in pursuit. 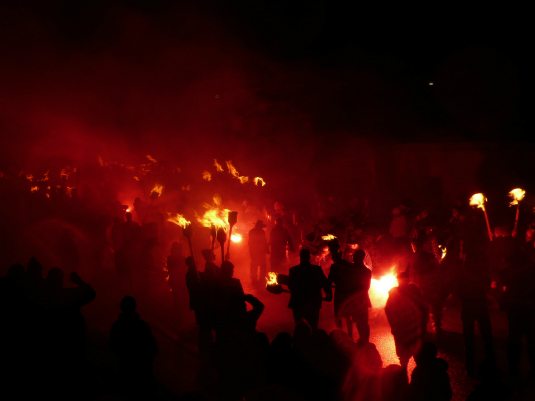 Europe’s biggest fire festival sees local men on St. Ninian’s Isle dress up as Vikings and set things on fire. The event celebrates the end of the Yule season with blazing torches and a burning replica Viking Longboat paraded around the small town of Lerwick.

The Gilroy Garlic Festival in California is the largest, and arguably smelliest, food festival in the world. Make sure you try the free garlic ice cream – it’s, er, interesting! 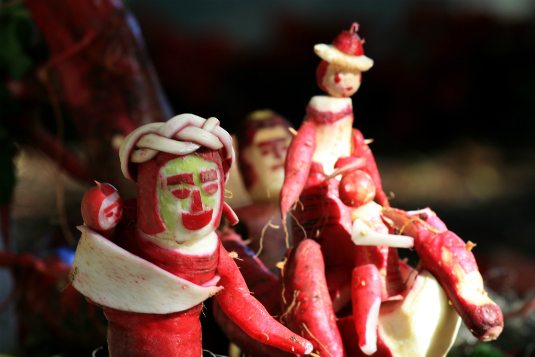 The name sounds like the title of a naff horror movie, but don’t be fooled – this festival is a true work of art. Every year, radish growers from around Oaxaca gather together to carve abnormally large radishes into elaborate sculptures depicting historical scenes. 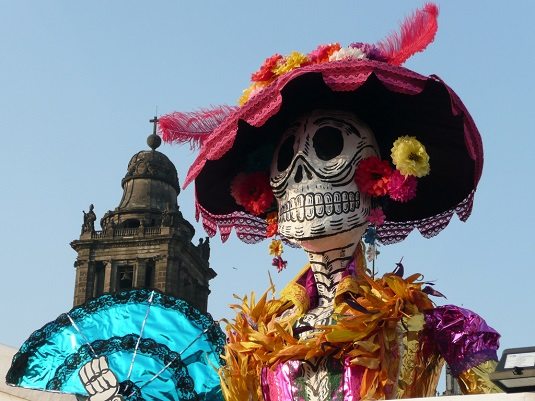 Traditionally this holiday is celebrated throughout Mexico and carries a lot of visual similarities to Halloween. The day is focused on family gatherings in remembrance of those who have passed away.

Do you like drinking beer? How about floating down a river in a boat or makeshift raft? If you answered “yes” to at least one of these questions, then this is the festival for you! This annual event (also known as Kaljakellunta) is located near Helsinki, and actually has no official organiser. 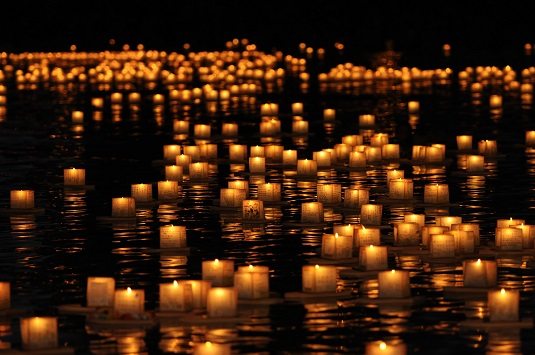 Each year over 40,000 people gather on the shores of Hawaii to release their lanterns into the water, honouring loved ones and symbolising hope for the future. The festival makes for some of the most visually spectacular scenes anywhere in the world.

The festival is full of wine-based competitions. The main event is the Battle of Wine, which features a giant wine fight – get your supersoaker at the ready!

Got any weird festival tips? Leave them in the comments below! For even more weird festivals check out our Pinterest board on the world’s weirdest festivals…