Your car is crying out for these roads. Whether it’s a white-knuckle ride mountain pass, a bridge across the ocean or a highway through the Himalayas, find your next dream road trip route among the world’s best roads below. 15 tracks to drive before you die! 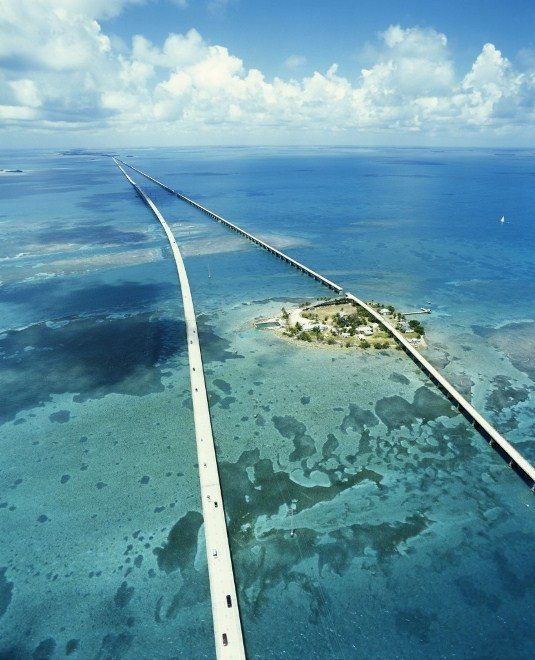 With a starring role in action thrillers 2 Fast 2 Furious, Mission Impossible III and James Bond movie Licence to Kill, the Florida Keys’ Seven Mile Bridge looks as impressive on film as it does in real life.

One of the longest bridges in the world when the first section opened in 1912, this oversea highway connects Knight’s Key (part of the city of Marathon) in the Middle Key to Little Duck Key in the Lower Keys. 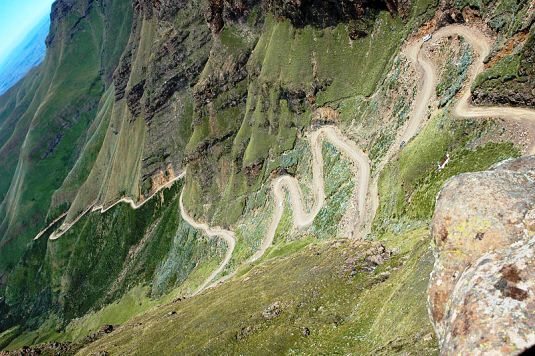 You need a 4×4 to traverse South Africa’s notorious Sani Pass – and only if border authorities think your vehicle’s up to the challenge. Along the road, you’ll see debris from cars that weren’t so lucky.

A pathway from SA’s Kwazulu-Natal region to neighbouring country Lesotho, the 9km Sani Pass sends drivers on a hair-raising journey of steep and slippery slopes over the Northern Lesotho Mountains. It closes at 6pm every day, and is often shut due to bad weather. 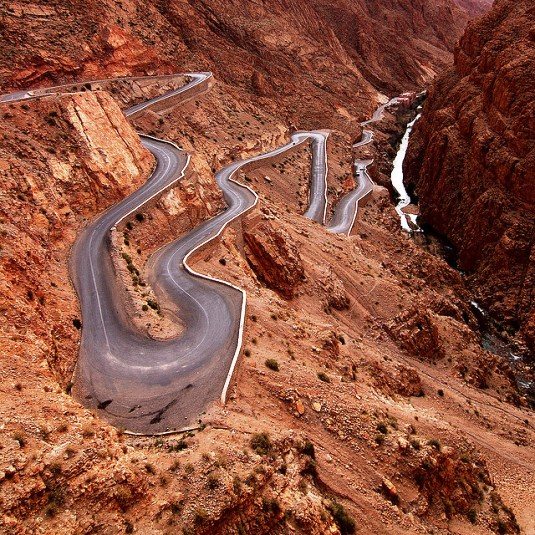 Winding through Morocco’s Dadès Valley between the Atlas Mountains and the Anti-Atlas mountain range, the Dadès Gorges road runs 100 miles east from Ouarzazate with a wild landscape of snow on one side, desert on the other.

If you’ve got a four wheel drive, take the twisty mountain loop pictured by heading north towards Agoudal then turning south towards Todra Gorge. 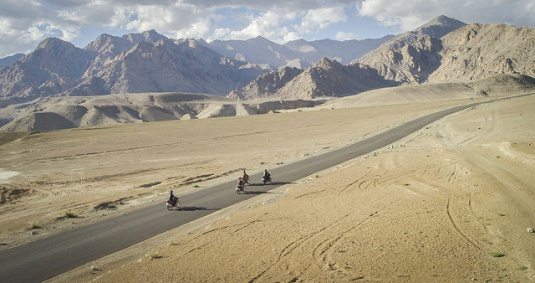 Travel the Himalayas on four wheels by driving all 479km of northern India’s Leh-Manali Highway. Its highest elevation is Tanglang La mountain pass at 5328m, and on average you’re two to three miles above sea level at all times on the route.

The drive takes a day by jeep, and connects Leh in Ladakh, Jammu and Kashmir state to Manali in Himachal Pradesh state. It’s only open from May to October, when the Indian army clears snow off the dirt gravel road. 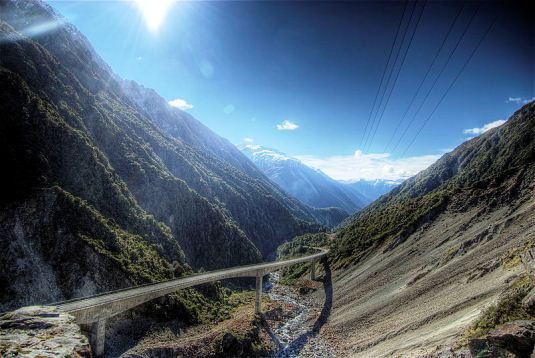 A spectacular mountain pass in New Zealand’s southern Alps, Arthur’s Pass takes you on a coast-to-coast drive of South Island, from Christchurch on the east coast to Greymouth on the west. 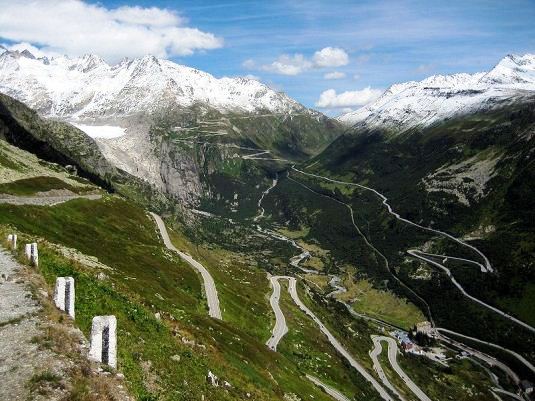 Another James Bond location, the Swiss Alps’ Furka Pass was used for a scene in Goldfinger. But you’ll probably look anything but Bond-style glamorous when tackling it: steep slopes, hairpin bends, switchbacks and sharp, blind curves make this a white-knuckle ride to all but the most experienced (or crazy) drivers. At least the road’s wide and perfectly surfaced – this is Switzerland, after all.

Connecting tiny village Realp at the foot of the mountain with Gletsch in the upper Rhone valley, you’ll see awesome views of the Rhone glacier to the west as you climb… if you dare take your eyes off the road. 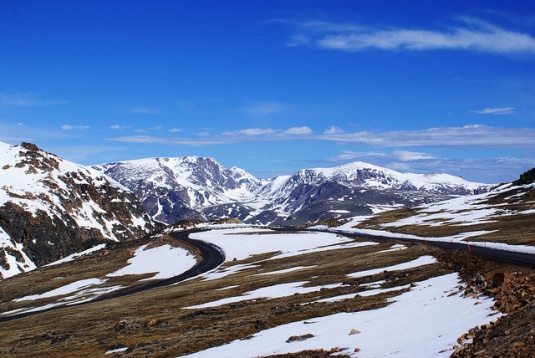 Unbelievably beautiful mountain vistas and a jaw-dropping elevation of 10947ft on Beartooth Pass make this one of the USA’s most scenic drives.

Tracing the border between Montana and Wyoming in the Beartooth Mountains, the Beartooth Highway runs from Red Lodge, Montana to Cooke City along US Route 212.

This isn’t just one of the world’s most exhilarating drives – it’s also the largest war memorial on the planet. Built by returning soldiers from 1919 – 1932, this 243km coastal route is dedicated to Australian comrades killed during WW1. 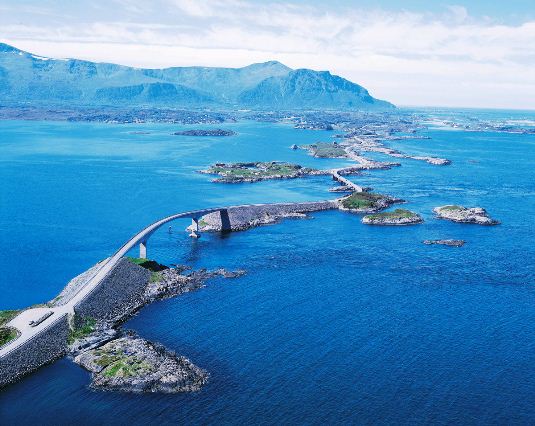 Want to go island-hopping… by car? You can on Norway’s Atlantic Ocean Road. Traversing an archipelago of small islands and skerries via bridges, causeways and viaducts, this 8.3km section of County Road 64 was named the best drive in the world by the Guardian in 2006. 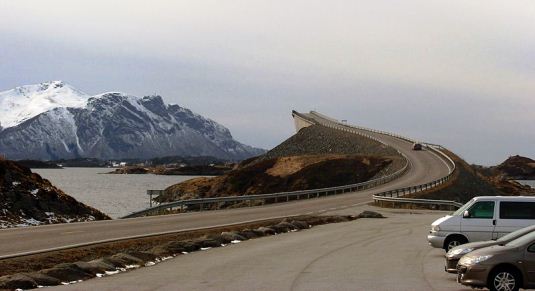 Running between villages Kårvåg on Averøy and Vevang in Eida, the road passes the wild seas of Hustadvika, site of many a shipwreck and considered Norway’s most dangerous stretch of water. The highway’s also home to Storseisundet Bridge, “the bridge to nowhere” – which on approach looks like a ramp to the sky. 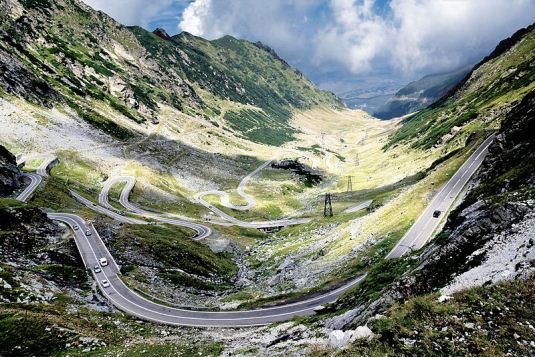 Called “the best road in the world” by Jeremy Clarkson on a 2009 edition of Top Gear, Transfăgărășan runs for 90km across the Southern Carpathian Mountains, between highest and second-highest peaks Moldoveanu and Negoiu.

A winding route of sharp descents, S-curves and hairpin turns, the road climbs to 2,034 metres altitude at its highest point. It also passes Vlad the Impaler’s castle Poienari fortress in the southern section near village Arefu. 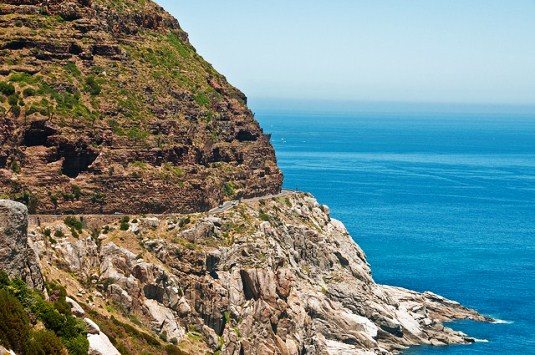 Chapman’s Peak Drive was hacked in to the near-vertical face of mountain on the western side of the Cape Peninsula, 15km from Cape Town.

Running from Noordhoek to Hout Bay, the twisting 9km drive has 114 curves and gives you spectacular 180° views of the Atlantic coastline. 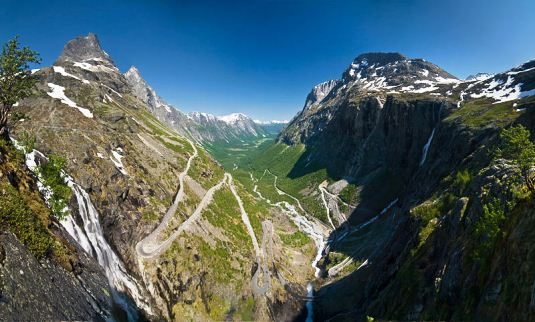 Test your stomach by driving Trollstigen, one of Norway’s twistiest roads. The route’s steep 10% incline, narrow width and 11 hairpin bends make it a supremely wavy ride.

Taking up a section of National Road 63 and connecting town Åndalsnes in Rauma with Valldal in Norddal Municipality, the road plateaus at 2300ft where there’s a carpark and several public balconies. Get out and take in immense views of Stigfossen waterfall, which tumbles 1050ft down the mountain. 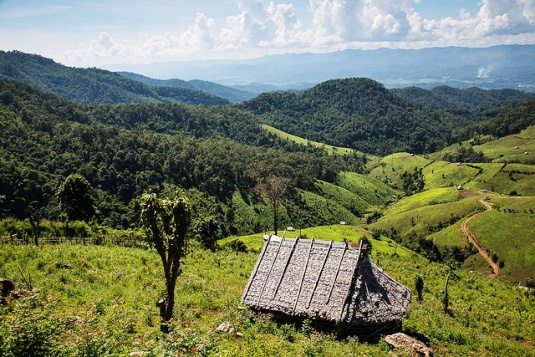 Scenery is as stunning as you’d expect in Thailand’s most mountainous province, and asphalt roads are in great condition. On the way you’ll pass waterfalls, caves and temples, and climb Thailand’s highest peak Doi Inthanon for spectacular views over the valleys. 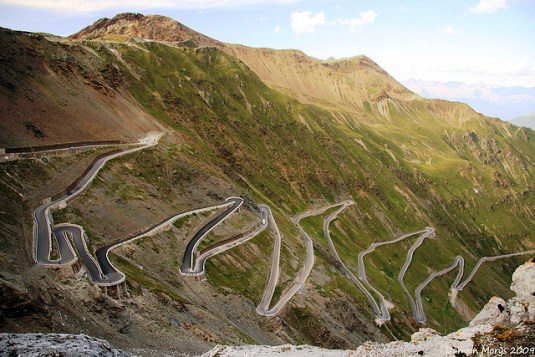 Shooting to fame after being featured in Top Gear in 2008, Clarkson and co. called the Stelvio Pass the “greatest driving road in the world”. That was before they tried Transfăgărășan (see above), but Stelvio remains a place of pilgrimage for petrolheads.

At an elevation of 2757m this is the highest paved pass in the Eastern Alps. The road has a heart-clutching 48 hairpin turns, and connects the Valtellina valley with the mid Venosta valley and Meran. 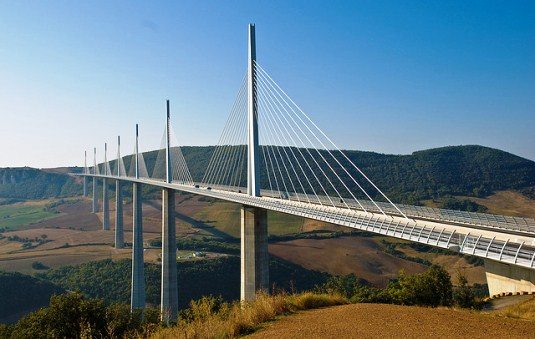 Taller than the Eiffel Tower, Millau Viaduct is the world’s highest bridge. As well as being an engineering masterpiece, it also looks like a work of art – typical of the French. It opened in 2004 and was built across the Tarn valley to alleviate holiday traffic between France and Spain.

The bridge is 2460 metres long and is found on the A75-A71 autoroute axis from Paris to Montpellier. 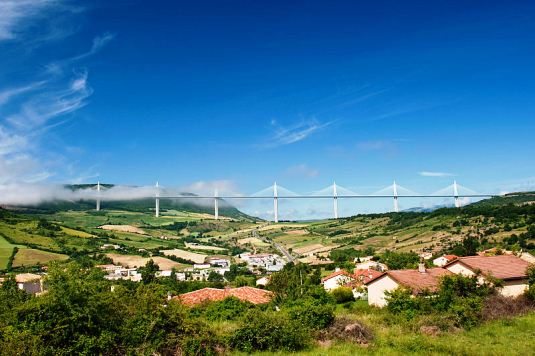 Hopefully these road ideas have given you a few more trips to add to your bucket list. I know they have for me – bring on the Mae Hong Son Loop…

What’s the best road you’ve ever driven? Tell us below…

Hero image by Andy Wasley. Please note, all images were hed under the Creative Commons licence at the time of publication.