Before I started researching the real-life locations for the Hunger Games trilogy, I was convinced most of it was shot in a studio. Not true: from North Carolina to Hawaii to Paris, you can follow in the footsteps of the ass-kicking Katniss Everdeen (played to perfection by Jennifer Lawrence). My mistake shows how otherworldly this slick-looking dystopian drama can look – but really, many shoot locations are easy to visit for fans.

Think you can survive finding every single filming spot across all four movies? Well, I wish you happy Hunger Games-hunting – and may the odds be ever in your favour…

NOTE: This post is SPOILER-HEAVY. You have been warned…

Filmed entirely in North Carolina, the first Hunger Games movie brought Panem, its Capitol, Districts and Games Arena to life in a variety of NC’s urban and rural settings. Fitting really, as author Suzanne Collins notes Katniss’s home District 12 – the “smallest, poorest district,” – is located in what was once Appalachia.

Abandoned textiles town Henry River Mill Village became the screen location of the run-down District 12. Houses in the 72-acre village have sat empty since the community left after manufacturing collapsed in the mid-80s. It’s private property, but you can drive through via the Henry River Road (leave Interstate 40 via Exit 119, named the Henry River exit). Marks are left from production, with Peeta’s bakery still bearing its sign. 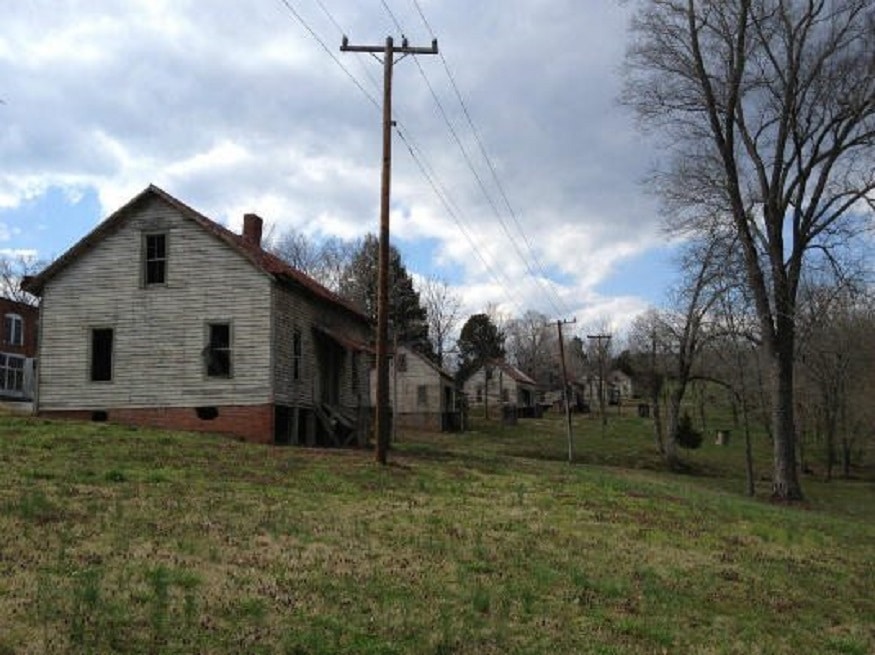 North Carolina’s Big Ivy Area, known locally as the Coleman Boundary, doubled up as District 12’s forest where Gale and Katniss hunt. It’s part of Pisgah National Forest, near Barnardsville on Route 197 / North Forks Road, northeast of Asheville. Additionally, the Corner Rock area by the creek was used later in the story as outside surroundings for the Arena cave Katniss and Peeta hide in (interiors were mocked-up on a sound stage). To find the exact setting, follow the detailed instructions here. 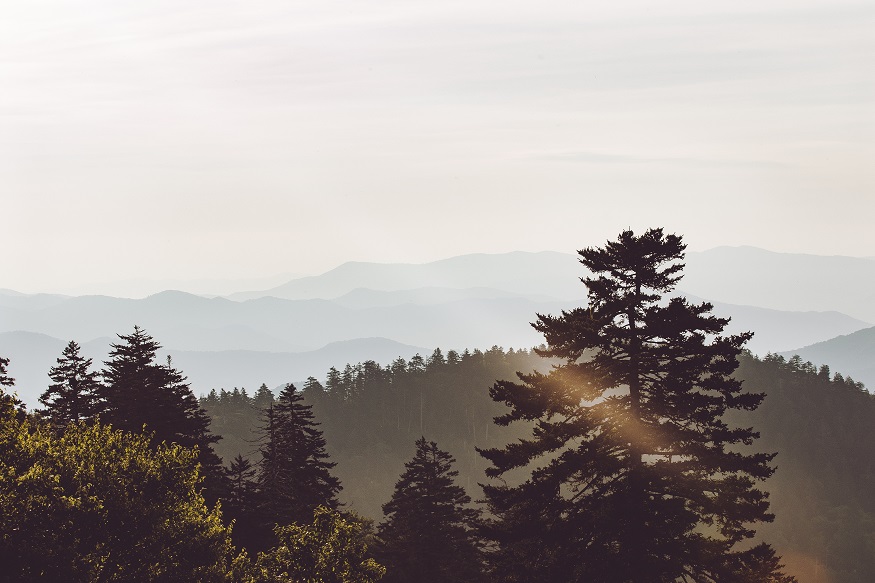 Private warehouses in Shelby stood in for District 12’s barter market the Hob and the Reaping ceremony location, where Katniss and Peeta are chosen as their area’s Tributes. Rows of commercial buildings alongside railway tracks on Shelby’s South Morgan Street at Blanton Street became 12’s industrial area. All these are private property, but you can look at them from the outside.

Katniss and Peeta are swept to the glittering Capitol, where the Tributes’ training centre scenes were filmed inside abandoned cigarette manufacturer the Philip Morris Cabarrus Plant in Concord. Over in Charlotte, the Convention Centre became the set for the Tributes’ fiery chariot entrance, with interviews with Caesar Flickerman taking place at Charlotte’s downtown Knight Theatre. 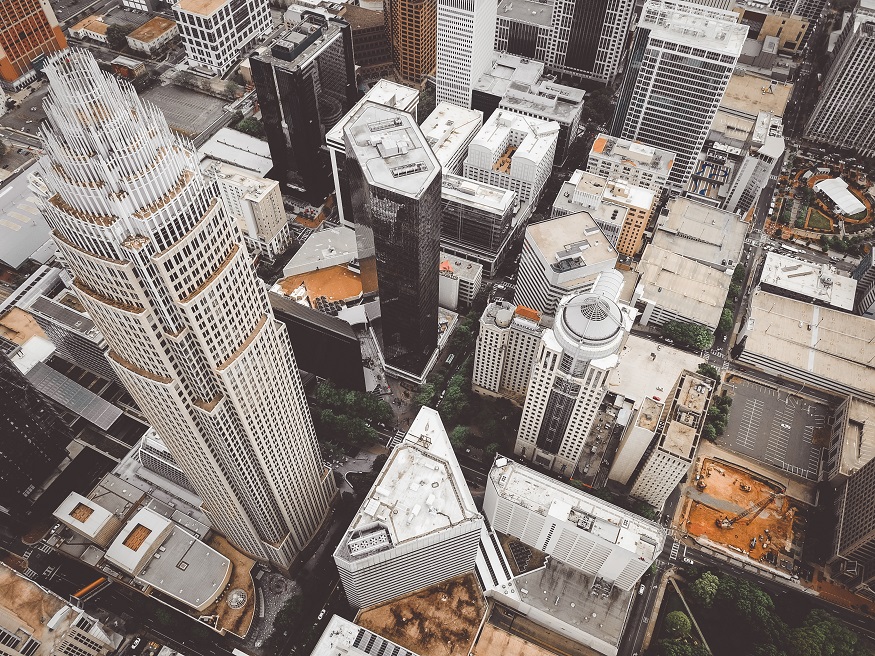 Katniss, Peeta and 22 other Tributes begin the Games at the Cornucopia – these bloody scenes were filmed at North Fork Reservoir on Black Mountain (20 miles north-east from Asheville). Access here is restricted from the public, but you can catch sight of the water by following the Craggy Pinnacle Trail from the Craggy Gardens Visitor Centre. 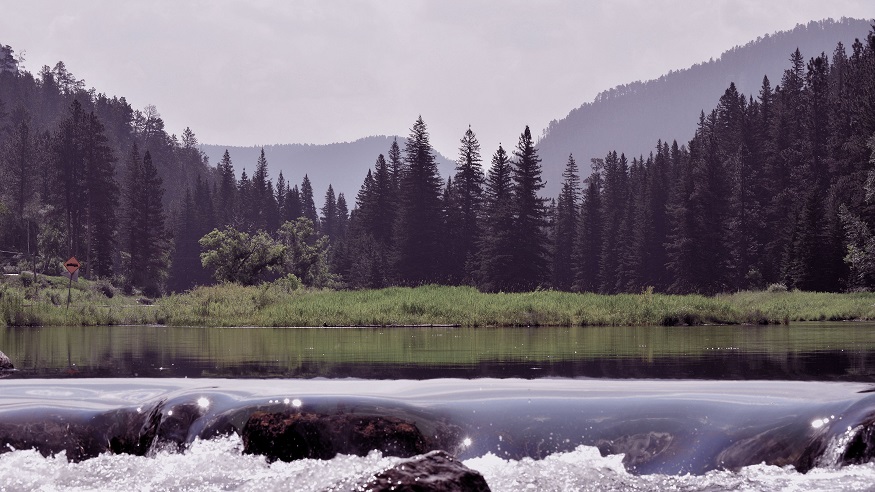 DuPont State Forest was used for more Arena scenes. Head to Triple Falls to see where Katniss finds wounded Peeta camouflaged against the rocks, and to Bridal Veil Falls to find the pool Katniss jumps in to escape the firestorm. Detailed instructions on how to find both spots are here. 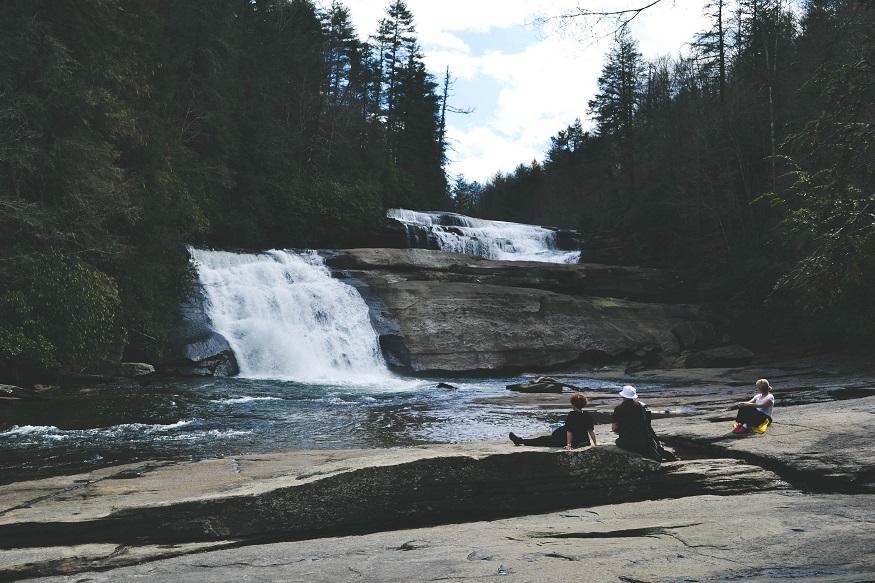 Moving from North Carolina, locations for Catching Fire were scouted out in Atlanta and, a tad more excitingly, Oahu island in Hawaii (sorry, Atlanta).

Once again the action begins in District 12, where Katniss and Gale hunt in the woods beyond the fence – this time Ramapo Mountain State Forest in New Jersey near the New York State border was used. Back within District limits, The Hob’s setting is now abandoned industrial space the Pratt-Pullman Yard on Atlanta’s near-Eastside. This is not open to the public, but you can get a good look at its crumbling walls through a chain-link fence. 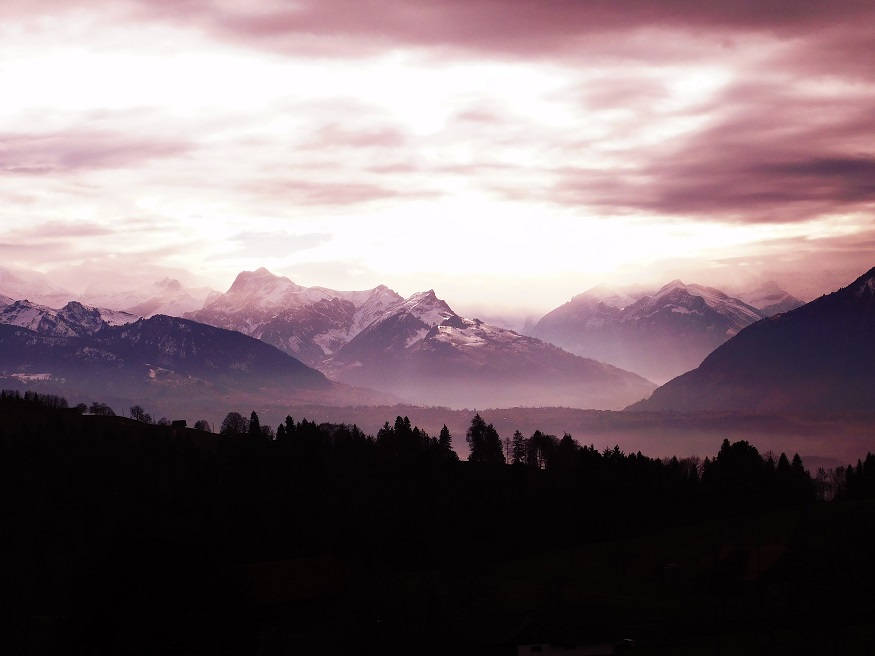 After being forced onto a disastrous victory tour by President Snow, sham-engaged Katniss and Peeta attend a Capitol party at Snow’s mansion – which is really Swan House in Buckhead, Atlanta, a grand 1920s family home built by a cotton baron. The Morning Room here became Snow’s office, and is open to visitors touring the house.

Following Snow’s scheming, Katniss and Peeta are drafted for the Quarter Quell Games in District 12’s Justice Building. The suitably shabby-chic backdrop for this is Goat Farm Arts Center, a complex of 19th-century industrial buildings now used for studio space and shows in Atlanta.

The Tributes’ entry is filmed at Atlanta’s Speedway race track, while their living space is the Marriott Marquis Hotel – a glass lift in the atrium was used for the scene where fellow Tribute Johanna strips in front of Katniss and Peeta. 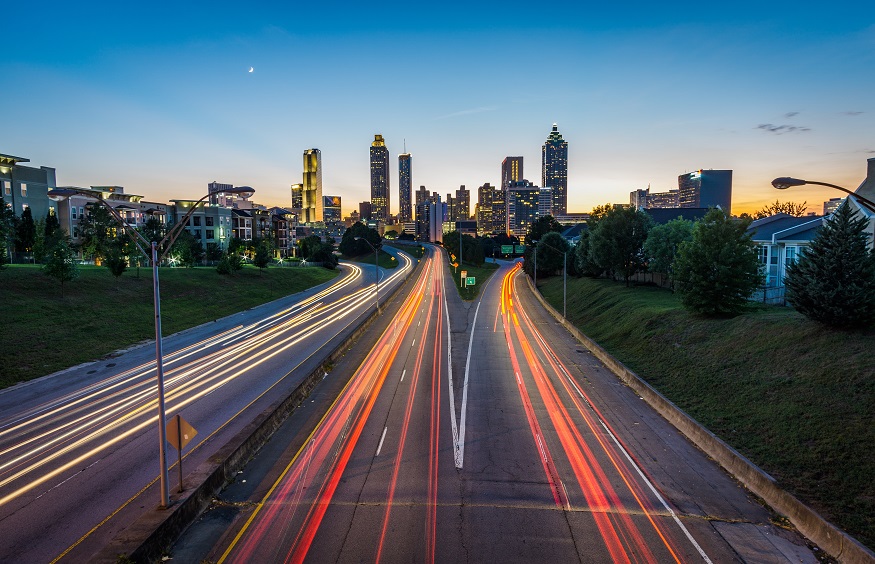 Arena scenes of the Tributes’ arrival at the Cornucopia take place at ‘The Beach’ in Clayton County International Park (built for Beach Volleyball in the ’96 Olympics), with further Cornucopia scenes completed at Kawela Bay in Oahu, Hawaii, by the five-star Turtle Bay Resort (where the cast and crew stayed – also, fact fans, it’s where rom-com Forgetting Sarah Marshall was set.) 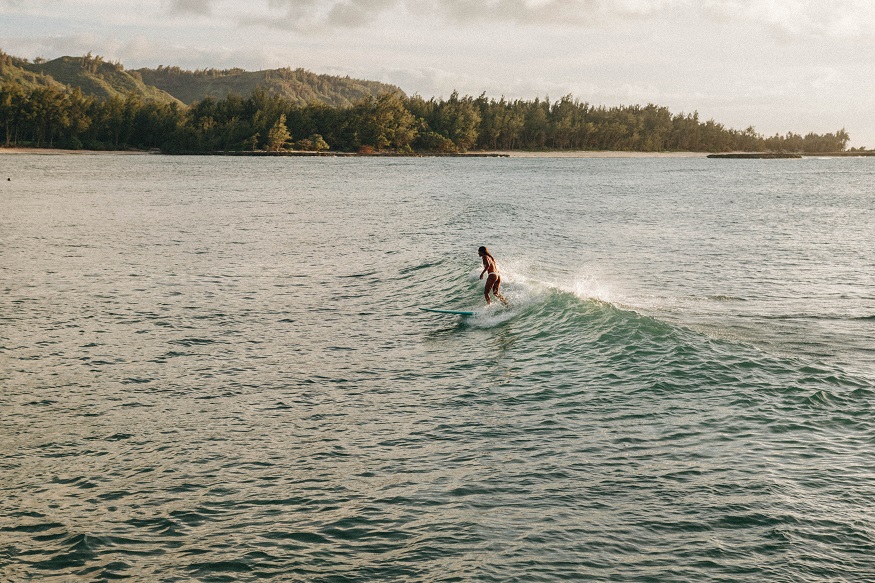 The Arena’s fiendishly rigged jungles were shot in North Shore’s Waimea Valley. Though the public don’t have access to many of the remote locations used, you can follow trails from the valley’s visitor’s centre east of Haleiwa to discover a reconstructed ancient village and swim at Waimea Falls (you will not encounter murderous monkeys, poisoned fog or jabberjays along the way unless you are extremely unlucky). 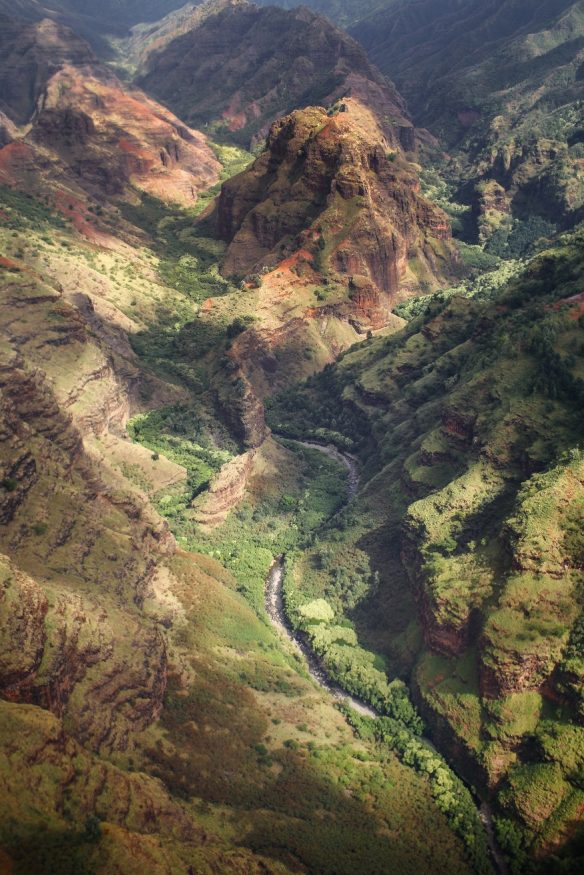 Manoa Valley was also used for jungle locations – follow the Manoa Falls Trail to the 150ft waterfall of the same name, then through dense forest to reach Paradise Park, a closed animal sanctuary where further scenes were filmed (this was also a set in Lost for the Others’ polar bear experiment station). 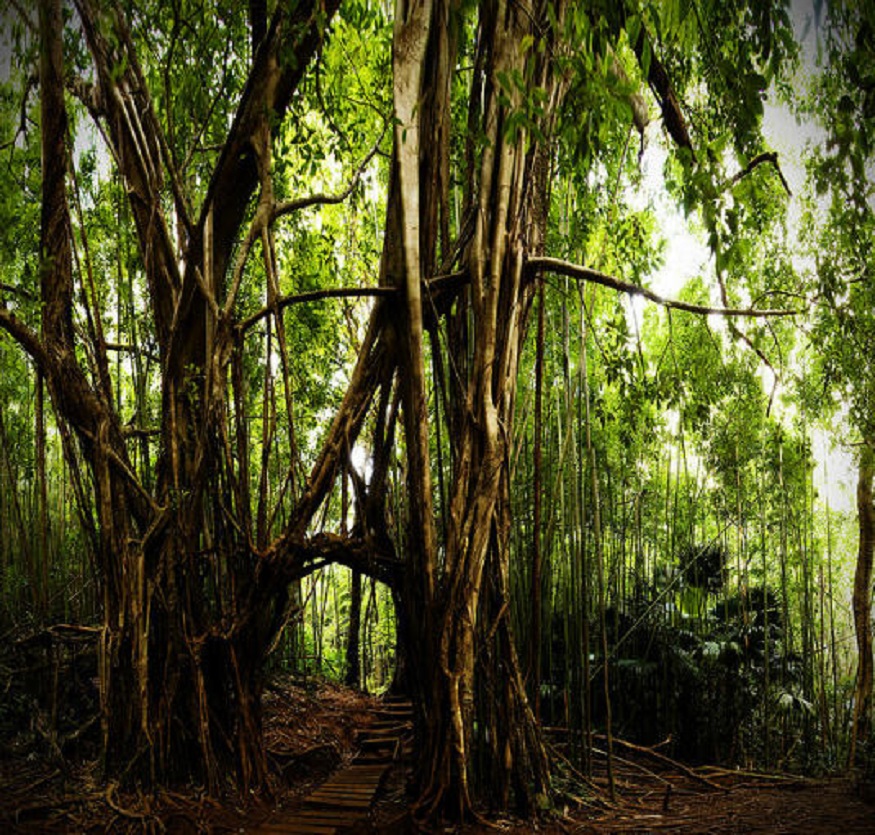 To fit the greater scope of the story (which depicts all-out war in Panem), filming for the final film moved to Europe, with action sequences shot at Berlin’s Tempelhof Airport and a dystopian-looking housing complex in Paris’s Noisy le Grand suburb. Both sites are easily accessible and open to the public.

Mockingjay – Part 1 shows a huge battle in District 2 as its climax, where Katniss and Gale lead the District 13 rebels to victory over Capitol bombers. The sweeping concrete and abandoned terminal buildings of Tempelhof Airport in Berlin was used for the set – and anyone can visit, as the 909-acre space was closed in 2008 and re-opened as a public park in 2010. You’re sure to find more pleasant scenes than the twisted wreckage shown on film, though, as Tempelhof in real life is used for kite surfing, music festivals and urban gardening. Plus you can take tours of the old terminal – excellent if you love a bit of urban exploration. 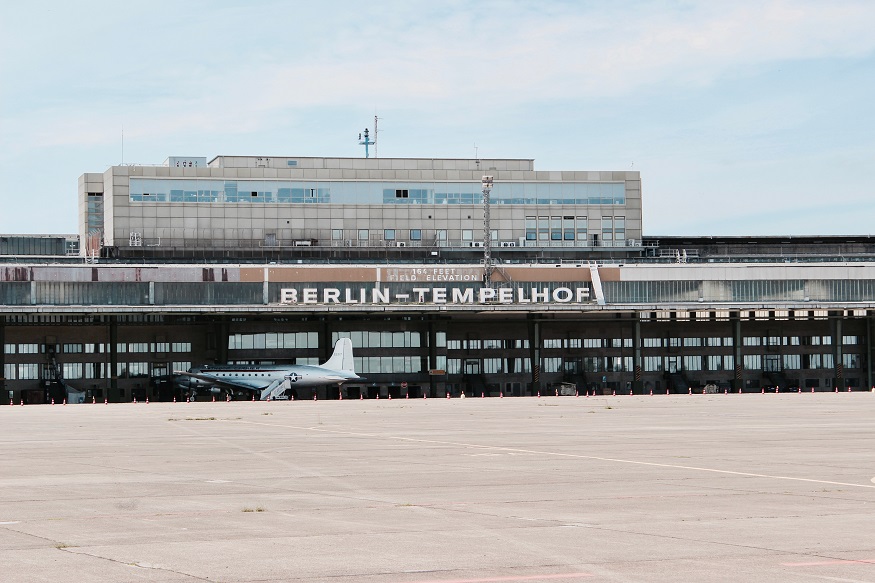 In Mockingjay – Part Two, Katniss and Peeta accidentally get caught up in urban warfare on their mission to shoot a rebel propaganda video in the Capitol. In an Arena-mimicking set up, they fight through deadly traps and avoid monsters on the streets of real-life urban backdrop Noisy le Grand. What made producers choose this suburb ten miles east of Paris’s centre to portray the future-world city? Architect Richard Bofill’s inescapably sci-fi looking 1970s Espaces d’Abraxas is your answer, where primary scenes were filmed. The housing complex was also used as the set for Terry Gilliam’s dystopian satire Brazil 30 years previously.

Have you visited any of the Hunger Games filming locations? Let us know in the comments below – and have a happy Hunger Games…