When was the last time you went on an adventure? I mean really? (laying on a beach doesn’t count).We know it’s probably been a while, but that’s ok, we can help.

Scroll our list of kick-ass ideas for adventures to go on below. Pick one. Book your plane ticket. And go.

So what are you waiting for? Choose your own adventure today from these 30 awesome escapes…

The 88km hike up to famous ancient city of Machu Picchu is South America’s most famous trek. Why? Well, it passes through pretty much every single Andean hiking environment you can think of – from ruined Incan settlements to thick forest to vast alpine landscape – all without the risk of altitude sickness. There’s also the fact that you can say you’ve been to Machu Picchu… 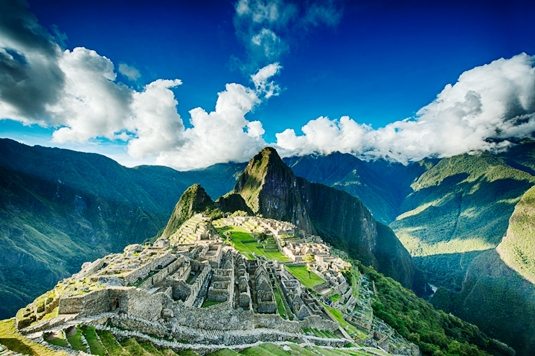 2. Go on safari in Kruger Park

If the word adventure makes you think of wild animals, untouched nature and David Attenborough, then Kruger Park is where you need to be. Lions, buffalo, cheetahs and hippos all call this place home, and if you visit you get to see them up close and personal (from a safe distance of course). 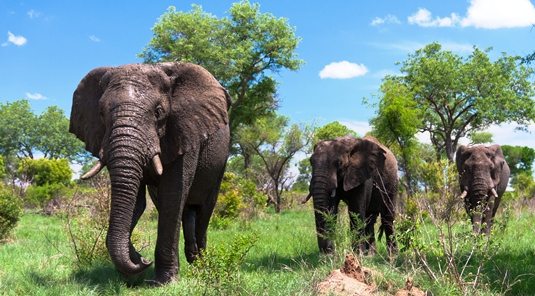 Cappadocia is a rocky paradise that promises a landscape similar to the moon. Not awesome enough for you? With perfect flying conditions for most of the year, you can take a hot air balloon and float between the pidgin houses and volcanic rock formations. The whole experience is pretty spectacular, even for the most skeptical adventurers. 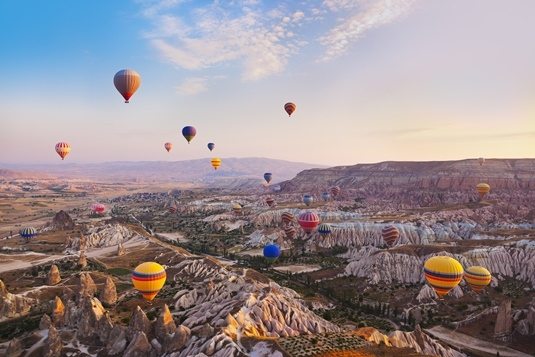 How about spending some time around the most beautiful ocean life in the world? Whether you’re a scuba veteran or a nervous beginner, you’re guaranteed to find a diving site along the Great Barrier Reef to suit you. This is mainly because it’s huge, one of the few things on earth that can be seen from outer space in fact. I kid you not, and this adventure is definitely one to cross off before it’s too late. 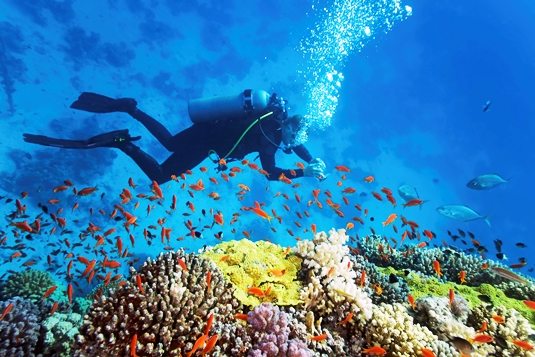 5. Rave at the Full Moon Party on Koh Phangan

Not suitable for the faint hearted. Or the straitlaced. Every month, hundreds of travellers flock to the tiny island of Koh Phagnan for the chance to experience the biggest party in Southeast Asia. Sound systems and pop-up bars are set up down Haad Rin beach promising buckets of vodka-mixer ground-shaking beats. Perfect for blowing off serious amounts of steam… 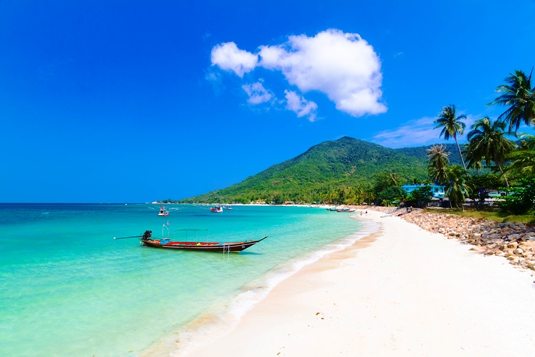 Where can you experience all four seasons in one week? Or the see the stars at night clearer than you ever have before? Maybe even become best friends with somebody who has mastered five different professions? Yep, you guessed it. Known to locals as The Roof of Africa, Mount Kilimanjaro is the perfect adventure for daring travellers. Your guide will be a multi-talented superhero who will help you survive the peril of the climb and get you to the top of the world’s most enigmatic continent. 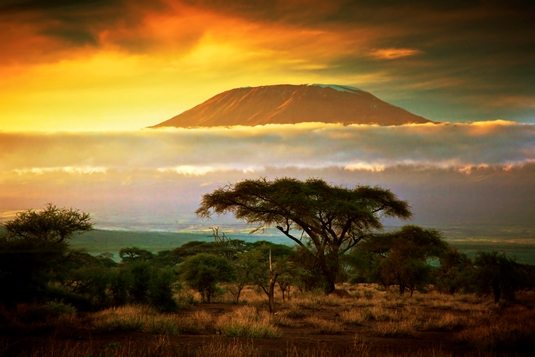 7. Walk along the Great Wall of China

Note: do not get carried across it like this lost soul. Walking across one of the most majestic monuments in the world is not something to be taken lightly. At over 1,500 miles long, at times, almost vertical, the wall is not an easy walk, but totally worth it with views like this one… 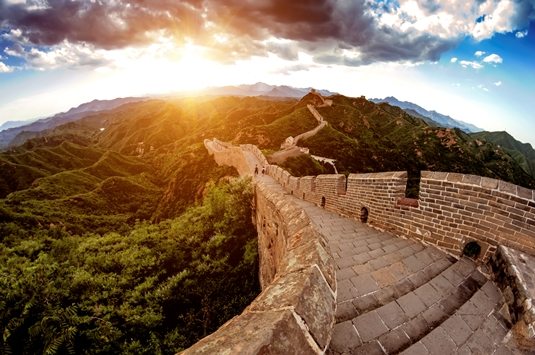 8. Helicopter over the Grand Canyon

The Grand Canyon is infamous for its awesomeness, and considering it spans almost 5000 square kilometers, it’s not hard to figure out why. A standard helicopter trip over Nevada’s most breath-taking landmark usually lasts around 30 minutes and is the best way to take in the canyon in its entirety. Handy tip: they will ask you your weight and you cannot lie. They’ll find out, and the joke will be on you… 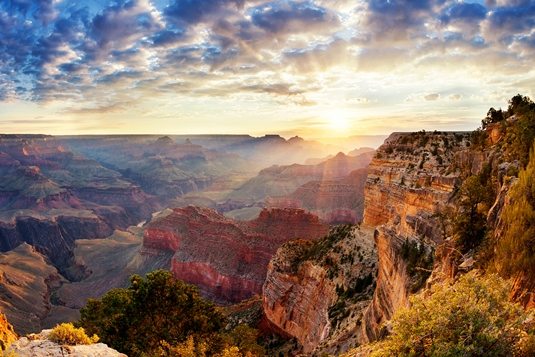 9. Visits the Pyramids in Cairo

They still don’t know how the pyramids were made. Those stones are so huge that historians are totally baffled about how the Ancient Egyptians actually pulled it off, making the these giant tombs one of the oldest living mysteries in the world today. 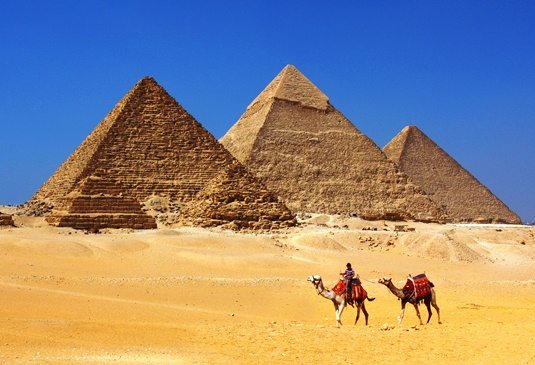 10. Have tea in Buckingham Palace

For a glimpse into the life of English royalty, why not take afternoon tea in the home of Her Majesty the Queen? Buckingham Palace is one of the most impressive buildings in the England; it has 775 rooms including 108 bathrooms. Can’t help but wonder why you’d need 108 toilets… 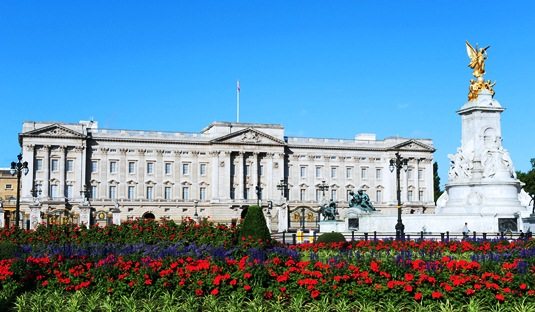 Angkor what? Angkor is a giant complex of temples just outside of the Cambodian city of Siem Reap. Spanning 400 square kilometres, it’s one of the biggest temple complexes in Asia, and Angkor Wat is the largest. The building is at its most impressive at sunrise (strong midday sun will leave your photographs looking over exposed). 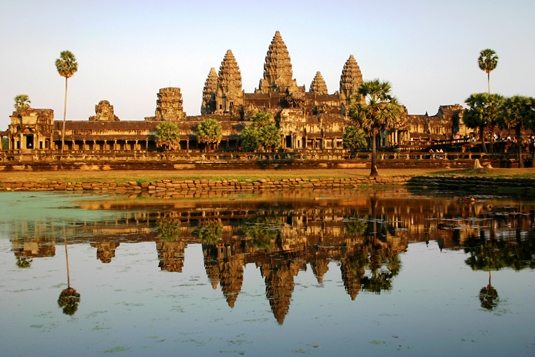 Most people only know it for the beer, but Oktoberfest is actually an important Bavarian tradition that dates back to 1810. Today, it’s the world’s largest fair, and is held annually form the end of September until the first weekend of October. 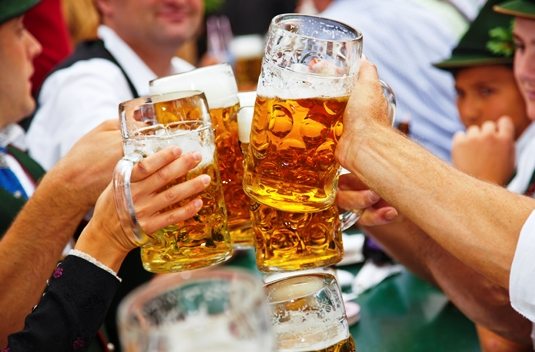 13. See the northern lights in Iceland

The northern lights are a natural phenomenon that you have to see before you die. They appear as rings of bright colours in the sky when particles of gas collide, and Iceland is one of the best places to catch them. 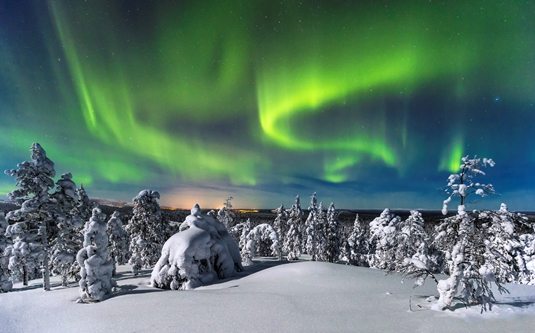 You may only know sumo wrestling as the sport where two huge men in revealing underwear fight each other. This is true, but it’s also an extremely respected ancient tradition.  Back in the 1800s, sumo wrestling was an important Shinto ritual that was performed as a religious dance in the imperial court. 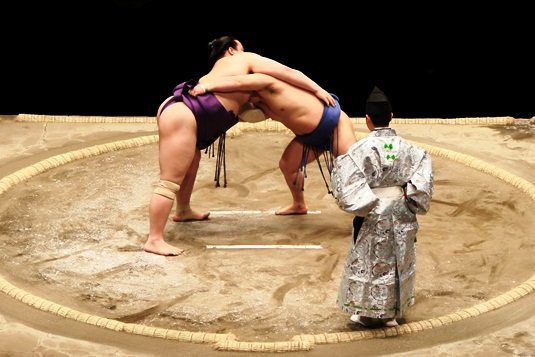 Nicknamed ‘the rose city’ by the Swiss explorer who found it in 1812, Petra is guaranteed to take your breath away. It’s thought to have been built back in 312 BC as the capital city of the Nabataean civilisation. 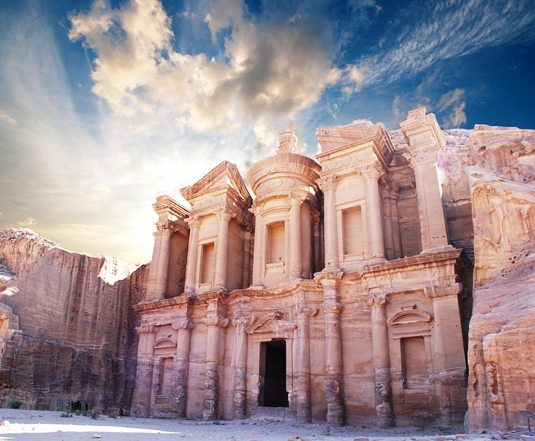 The Empire State Building is an American cultural icon, and what better way to celebrate seeing it than with a glass of the good stuff? Standing at just under 1500 feet high, the top of the building is the perfect place to take in the impressive Manhattan skyline. 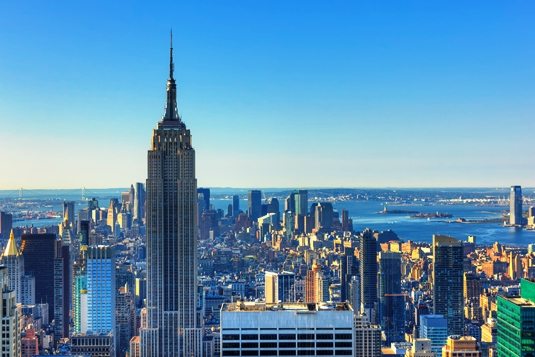 17.  Take a trip on the Trans-Siberian Railway

There’s really only one main reason to book a ticket for the Trans-Siberian; the Russian landscape. Vast panoramic views of silver firs and pine trees will be rushing past you, and given that it’s the longest possible train journey on a single line, you can relax and take it all in without any interruptions. 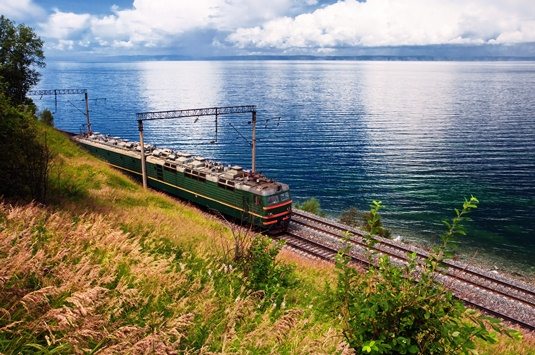 18. Run across the Bolivian salt flats

Ever wondered what heaven might look like? The Bolivian salt flats are about as close as you can get to seeing something other-worldly; it’s almost impossible to tell when the sky ends and the earth begins… 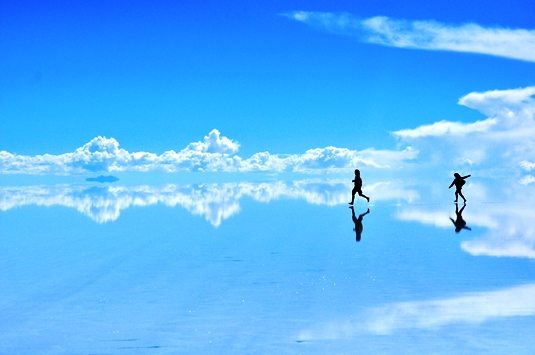 19. Get drenched in tomatoes at La Tomatina

Every August, the residents of Buṅol in Valencia, spend the day having a huge tomato fight. The day begins at 10 am, with the ‘palo jabon’. This when somebody has to climb to the top of a greased pole and knock a ham off the top. Once the ham is on the ground, all bets are off… 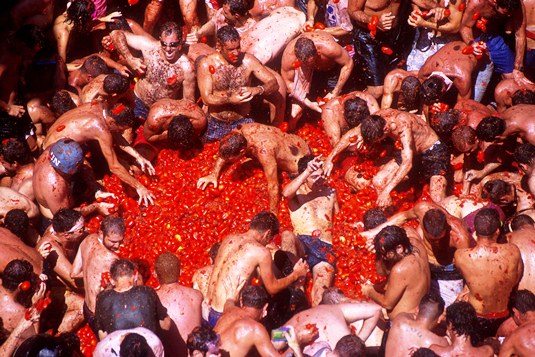 Victorian Falls promise awe-inspiring beauty, and if you’re the adrenaline-junkie type, there’s no better way to take it in than a bungee jump from Victoria Falls bridge. The falls run into the Zambezi River, right at the border between Zambia and Zimbabwe. 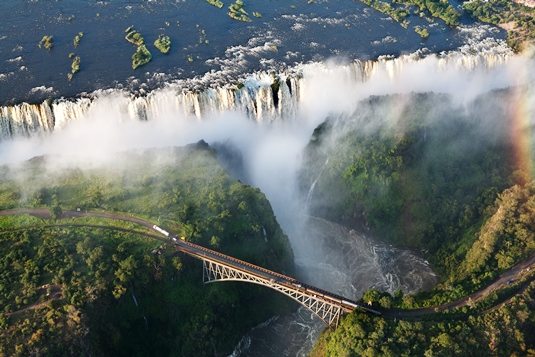 North America is home to the world’s most impressive alpine landscapes, and the Whistler ski resort is the perfect place to take it all in. The resort is set up around two mountains, with the Whistler village nestled at the foot of both. The ski slopes promise stunning glaciers and magnificent views, the likes of which you won’t be able to find anywhere else. 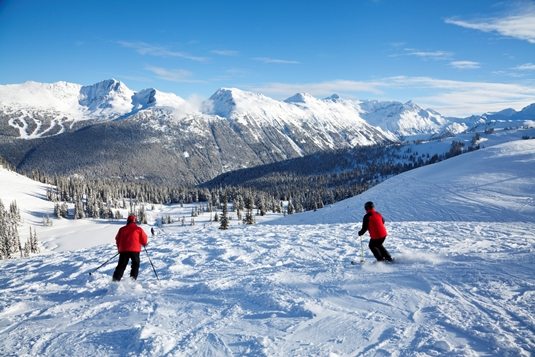 22. Dance at the Rio Carnival

The annual Rio carnival needs no introduction, everyone has heard about the infamous bright costumes and the extravagant dancing. Every year, over two million people flock to the streets every day during the celebrations, so you’re guaranteed to experience the street party of a lifetime. 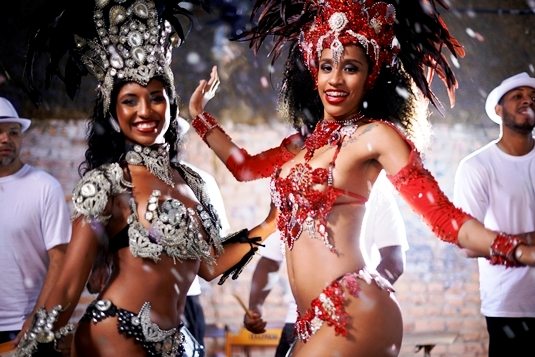 23. Explore the Galapagos islands in Ecuador

These remote islands (over 1000km off the cost of mainland Ecuador) are one of the few places left in the world where the effects of tourism are closely regulated. Although there is some development, the islands remain largely untouched by human interference and the wildlife aren’t phased by the presence of tourists. 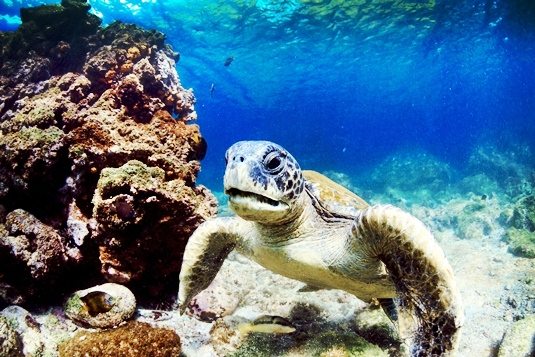 One of the best things about Torres del Paine is that while you can spend your days hiking, ice-walking in the park’s giant glacier, kayaking  and braving old rickety bridges, the trail of bars and hotels mean you can spend your night sleeping comfortably and enjoying a naughty cocktail or two. Perfect for wilderness virgins… 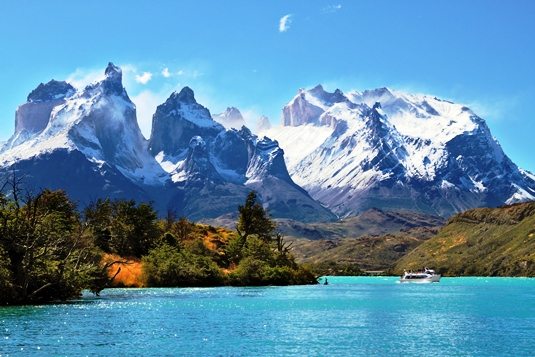 25. Have dinner up the Eiffel Tower

Fancy living it up for a night? Dinner in the Eiffel Tower is the pinnacle of Parisian nightlife, and you could be in with a chance of experiencing it for yourself if you enter.  Some of the city’s most exclusive restaurants are set up in the tower; why not try out dinner against the skyline of the City of Lights? 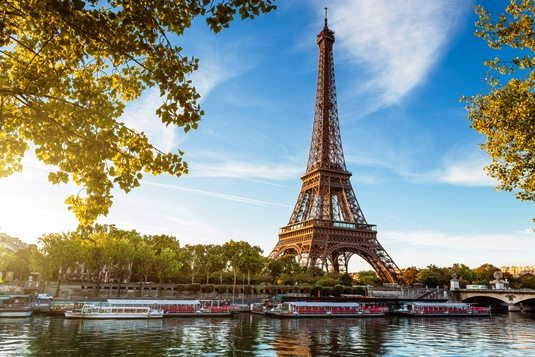 26. Get covered in chalk in India

Traditionally a Hindu celebration of the good overcoming evil, Holi has now becomes a fun festival for non-Hindus all over India (and some parts of Nepal). The day starts with a bonfire and quickly descends in to colourful mayhem. Locals throw coloured chalk at each other and drink a mildly narcotic mixture called ‘bhang’. 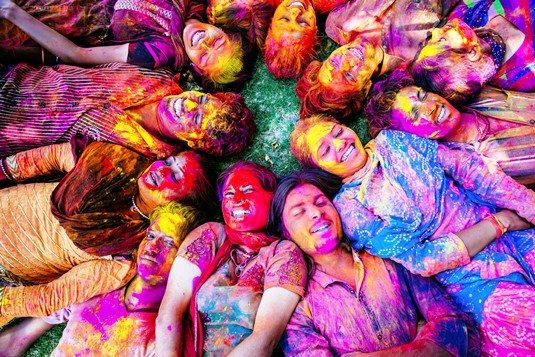 27. Ride a gondola in Venice

Venice is one of the most beautiful cities in Europe, and what better way to explore it than being serenaded by an Italian gondolier and floating down one the city’s beautiful canals. The choice is yours… 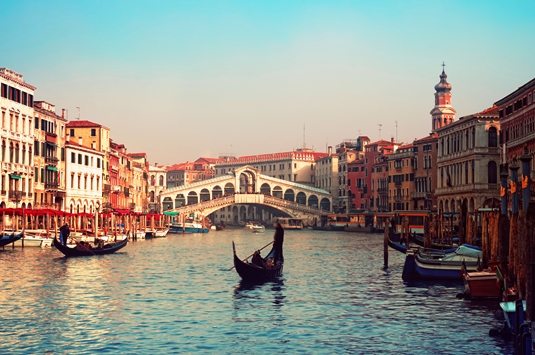 Milford Sound promises the most incredible natural silence that you won’t experience anywhere else in the world. Put this together with the breath-taking beauty of some of the highest cliffs in New Zealand, and it’ll be difficult to describe this as anything other than paradise… 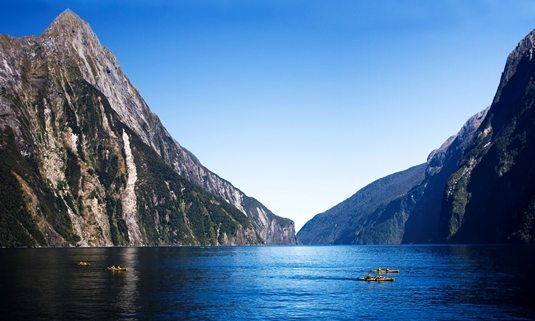 One of the most remarkable things about Antarctica is how indifferent the animals are to human presence. With no native human population the wildlife will let visitors get excitingly close without being phased; your reaction however will be totally different. Antarctica is home to a kind of beauty that will stay with you for the rest of your life, it’s completely indescribable, you’ll just have to see it to understand… 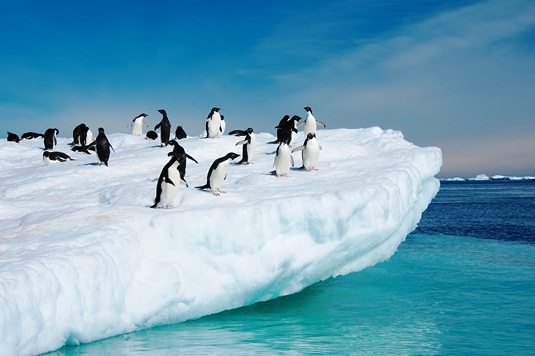 Europe isn’t just about great wine and pretty churches, it’s home to an incredible amount of diversity and a rocking party culture, and thanks to the InterRail pass, you can squeeze all of this into one trip. Why settle for one thing when you can have it all? 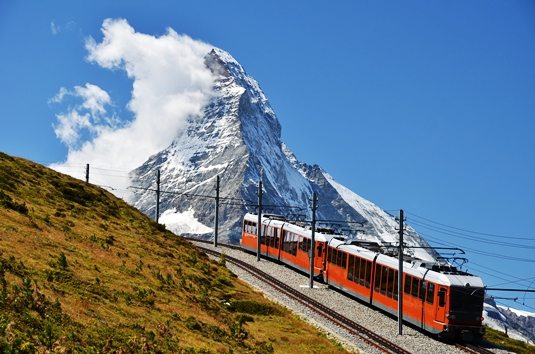 So what are you waiting for? Make your travels more awesome today… and don’t forget to book a sweet place to stay with Hostelworld.