2022 has seen travellers dust off their backpacks, dig out their passports, and return to the bunkbeds. With borders reopening across the world earlier this year, we saw adventurers both flock back to backpacker hotspots and head to pastures new, with solo travel in particular seeing epic growth over the past 12 months. Whether it’s full-time travellers spending their hard-saved pandemic pennies, or digital nomads enjoying a new kind of work-life balance, solo is the only way to go. You read it here first, folks- 2023 is officially the year of the solo traveller, and these are the best solo travel destinations for 2023 that you NEED to get on your bucket list. 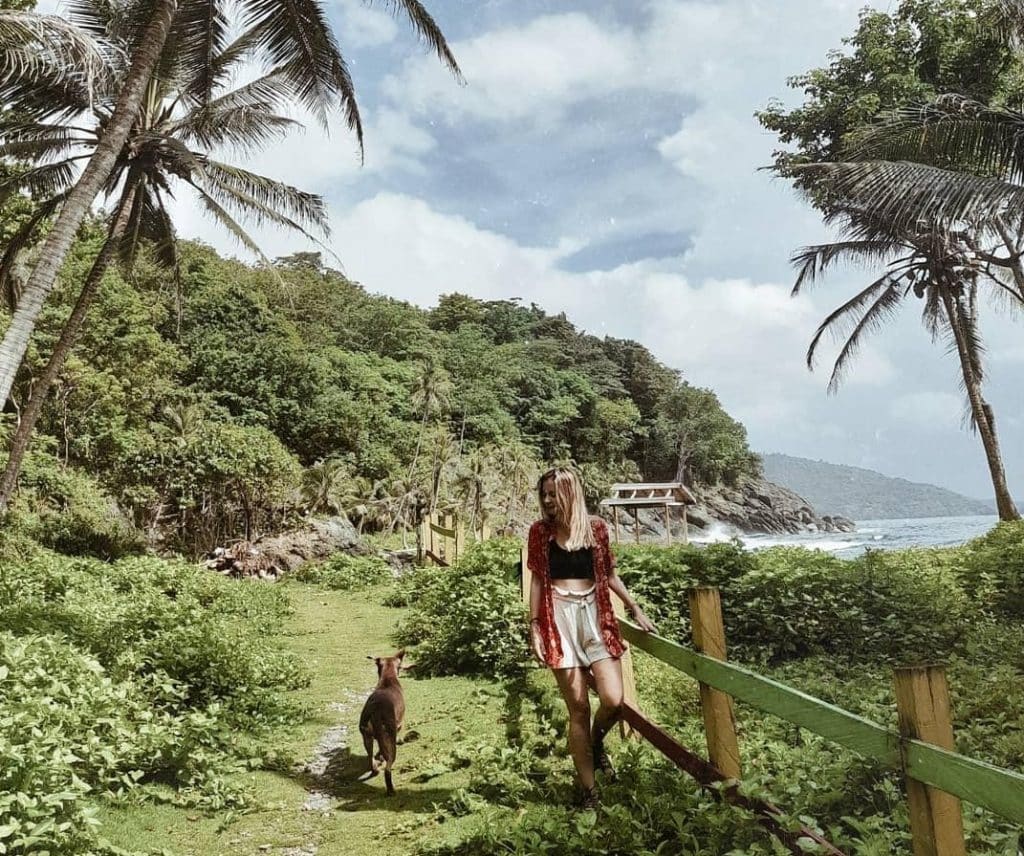 What used to be seen as little more than a stopover to Panama, Capurgana on Colombia’s Caribbean coast is becoming a solo travel gem in its own right. Think sneakily stunning beaches dotted around crystal coves, some real foodie gems, and hikes galore. You might be heading over to Panama, but Capurgana is worth lingering for. 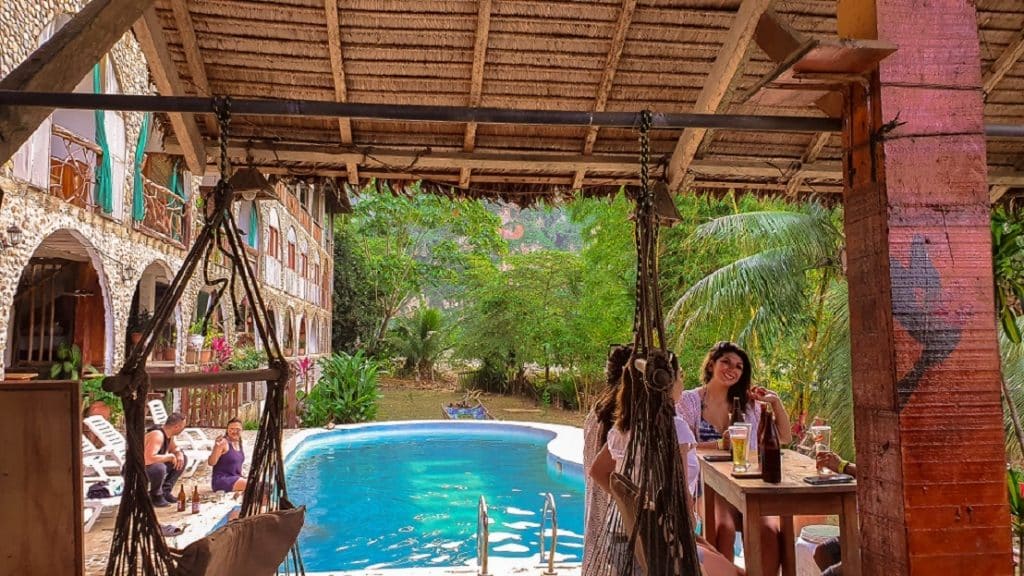 Thought you had to go to Brazil to find the Amazon? Think again! Rurrenabaque is Bolivia’s Amazonian gateway and, as Brazil’s budget-friendly cousin, is a real draw for solo adventurers on a shoestring. More and more hostels are popping up in the town, and whether you hit the Pampas Wetlands or Amazon Basin, you’ll be guaranteed to meet other solo wildlife enthusiasts to share a beer with after a long day’s exploring. 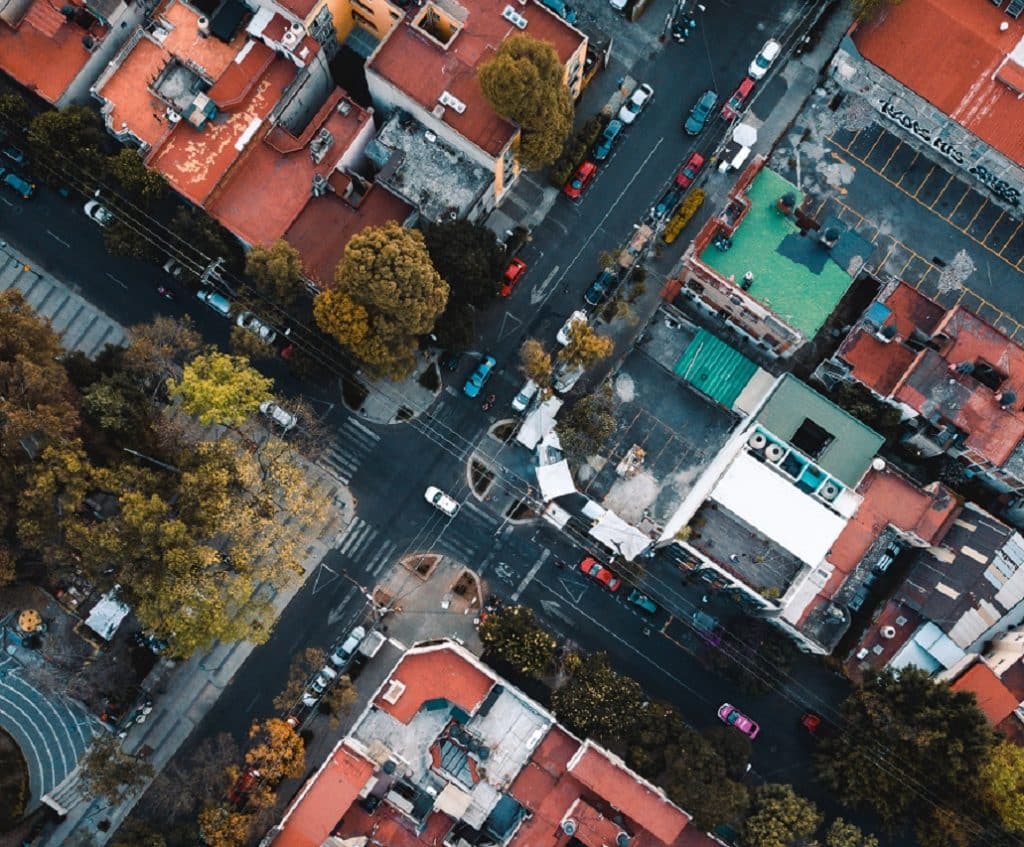 Photo by Andrea Leopardi on Unsplash

Okay, so this one’s not really a hidden gem, but you’d be surprised how many times the Mexican capital is overlooked for the beachside backpacker hubs of Tulum and Cancun. Full of art, authentic architecture, and unbelievable food, you really do not want to miss Mexico City. What’s even better is that the city is PACKED full of hostels, so whether you’re after mezcal & mambo or a chilled out cultural city break, it’s the perfect place to meet other travellers on your vibe. 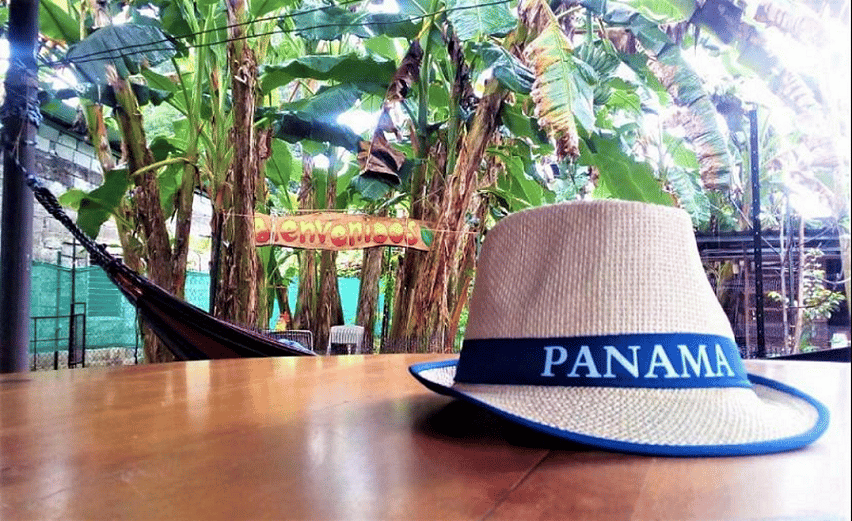 David has grown in popularity over recent years as more and more intrepid explorers discover the jewel in the Panama crown- the Gulf of Chiriqui. David is the perfect jumping off spot from which to explore this unexplored paradise and all it has to offer. Surfing, whale watching, turtle spotting, scuba diving, cliff jumping, and some jaw-dropping hikes are all yours for the taking. Just round up your hostel buddies and get adventuring!

Known as Honduras’ “good-time town”, it’s no wonder that La Ceiba is gaining a reputation on the Central American solo travel circuit. Despite its party hotspot status, La Ceiba is also considered the ecotourism capital of Honduras. It’s home to 4 different national parks and is perfectly situated along the rapids of the Cangrejal River. A city where you can go white water rafting in the morning and then stay out ‘til sunrise? Sign us up. 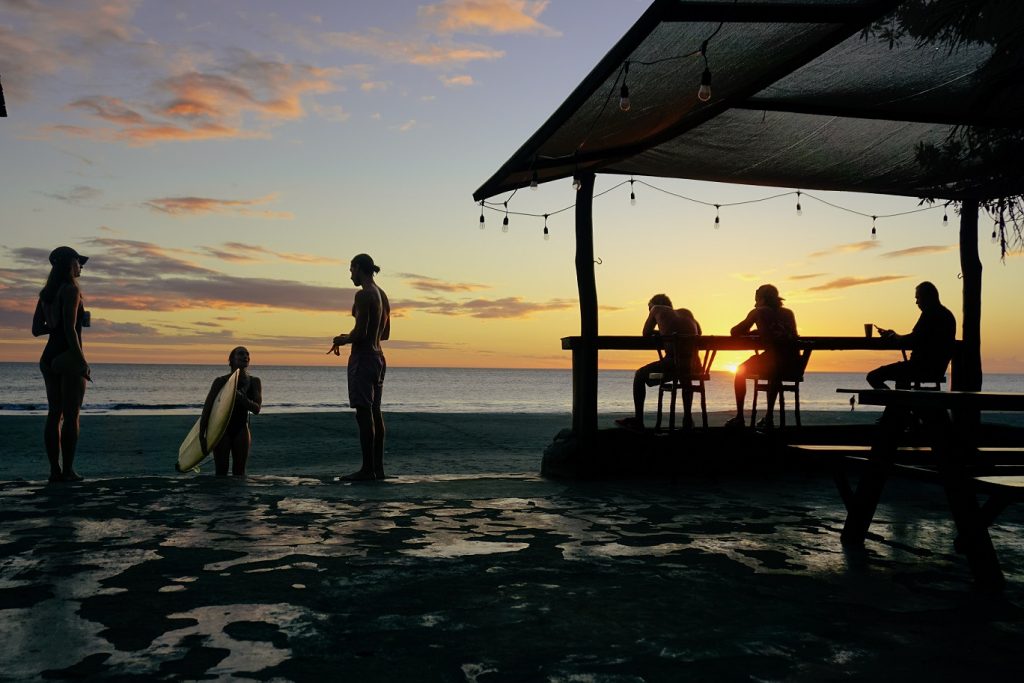 If you’re looking to brush up on your wave-riding skills in 2023, then Popoyo should be top of your list. This laid-back beachside paradise is a peaceful stop, where surfers come from all over the world to meet other salt water enthusiasts and ride the epic a-framers. If surfing isn’t your bag, you can still enjoy some R&R here, with plenty of yoga, hot springs and even turtle watching on offer. 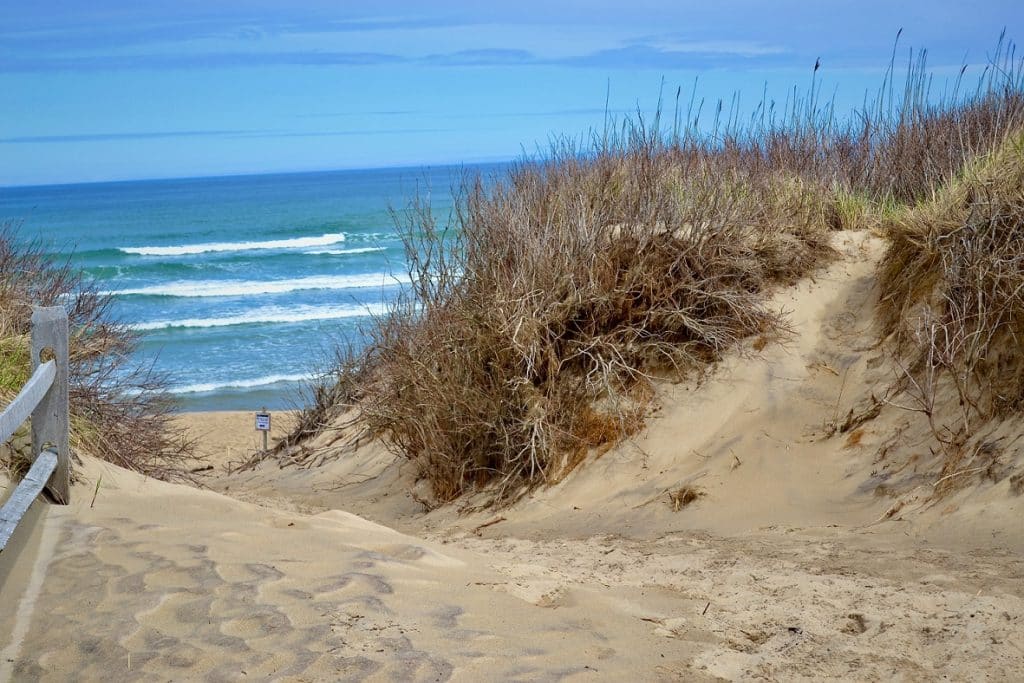 2022 has been a bit hectic, right? If you’re craving some space- both headspace and literal space- a trip to Truro may be just what the doctor ordered. This small town up in Cape Cod has long been a mecca for artists and writers, and for good reason. Its dramatic sandy cliffs and wild natural beauty are enough to blow the cobwebs out of any chronically online brain, and its and relatively low prices mean it’s becoming increasingly popular with budget backpackers. 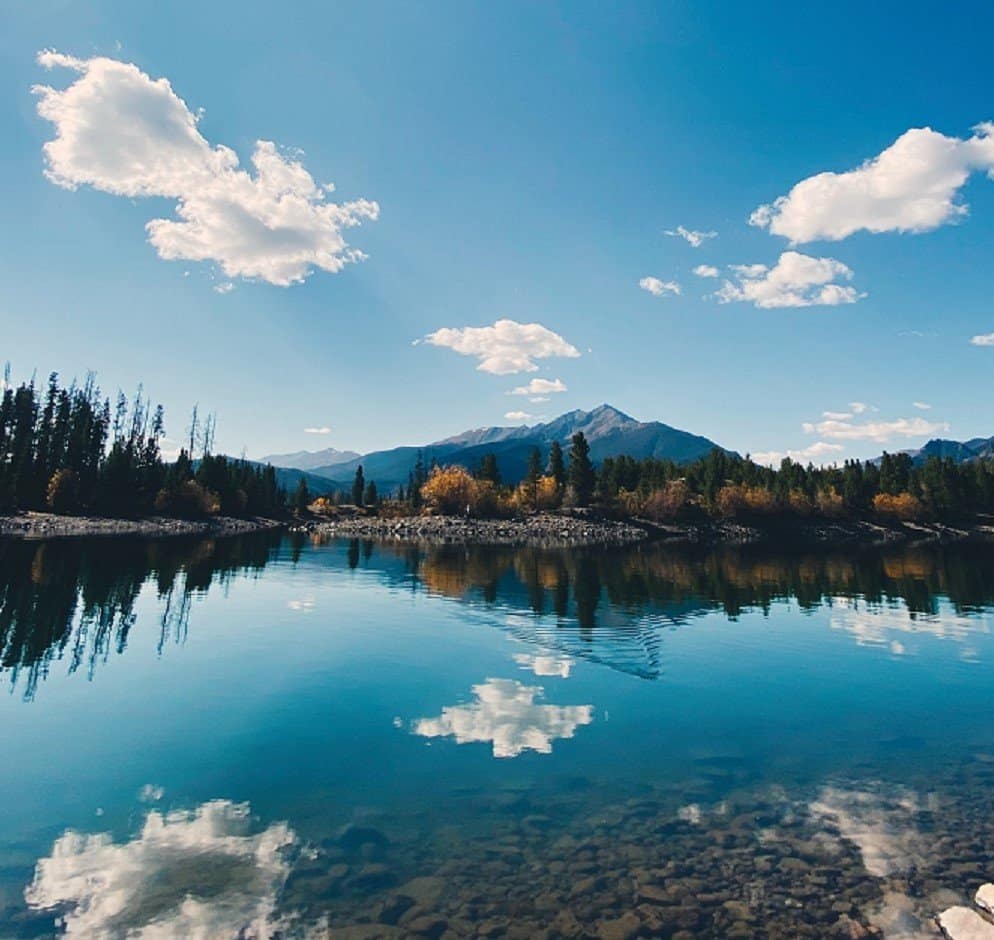 Photo by Zach Lucero on Unsplash

If you’re tired of city life and want to explore the USA’s wilder side, head up to Silverthorne, where the wilderness awaits. Perfect for skiing in the winter or lakeside wandering in the summer, Silverthorne is surrounded by the snow-capped peaks of the Rocky Mountains and is a hub of outdoor adventure. There are plenty of hostels dotted around, and the opportunities to meet other solo explorers are endless. 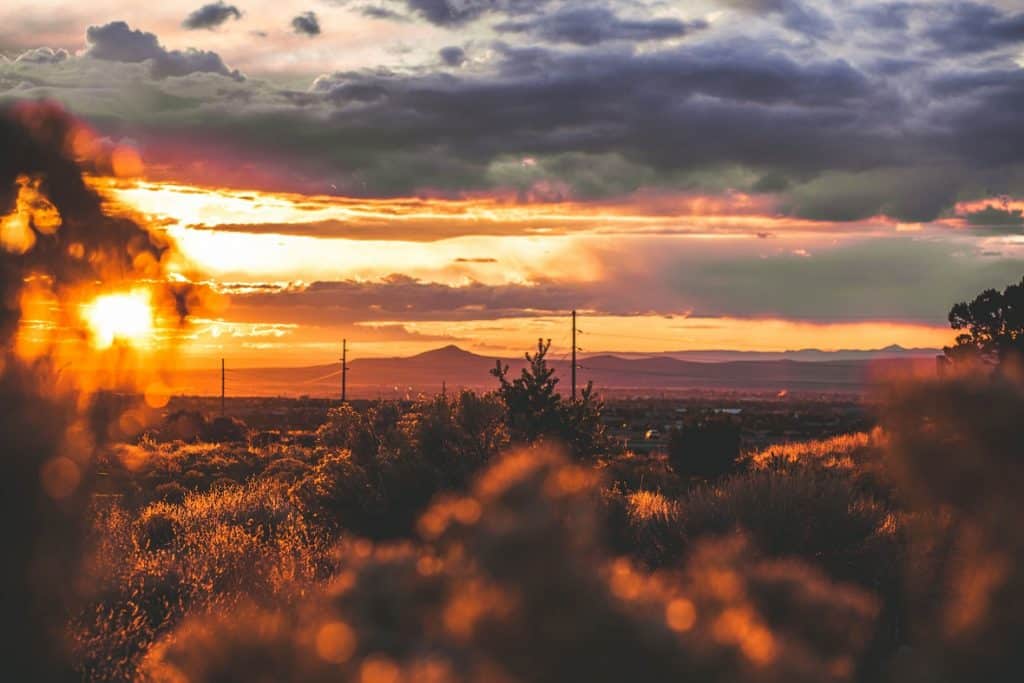 To get a true taste of Native American history, it’s time to hit up Santa Fe. The oldest capital city in America, Santa Fe is a vibrant melting pot of art, culture, and unbelievable natural beauty in the New Mexican desert. In 2005, Santa Fe made history as the first designated UNESCO Creative City in the USA, which is reflected in the many galleries and museums dotted around town. Nature-lovers can head through the desert to the rapids of the Rio Grande, and for the partiers amongst you, there’s the city’s infamous margarita trail. Someone pass us the tequila! 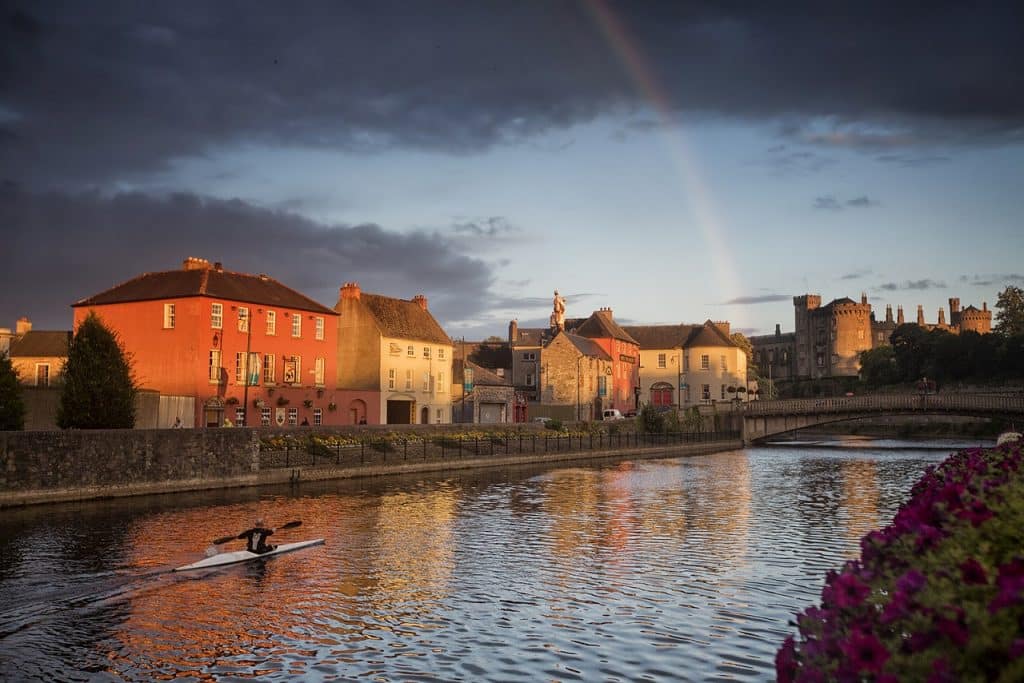 Often overshadowed by larger backpacker hotspots Dublin and Cork, Kilkenny is a gem on Ireland’s south-eastern side. Alongside its many medieval haunts to explore year-round, Kilkenny comes alive at its annual arts festival in the summer. Why not take your new hostel buddies to get a bit boozy on the famous Smithwicks brewery tour? You can recover with a spot of kayaking the day after in the glorious Irish countryside. 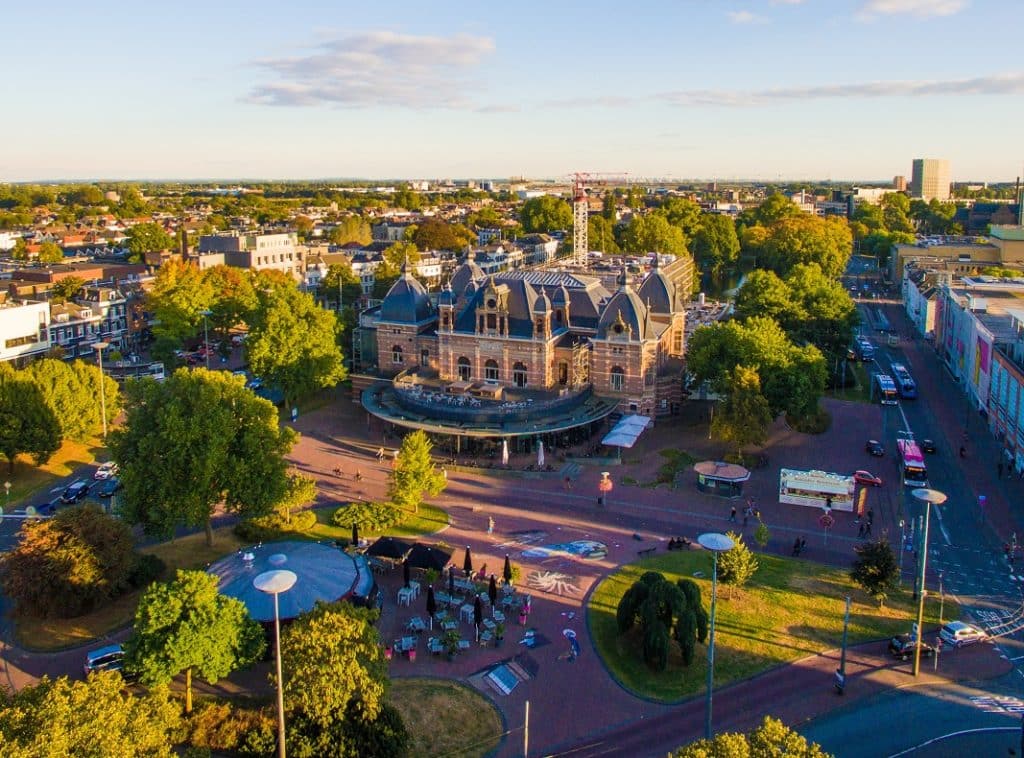 Photo by Martijn Baudoin on Unsplash

If you’re tiring of Amsterdam’s party scene and want a bit of a reset, head to Arnhem for a breather. Once famed for its ties to WW2, Arnhem now draws backpackers looking to chill, refresh their wardrobes and be at one with nature. The city’s shopping district is packed with boutiques, but if shopping isn’t for you, head over into the Hoge Veluwe National Park where you can pick up a free bike and take a whizz around. 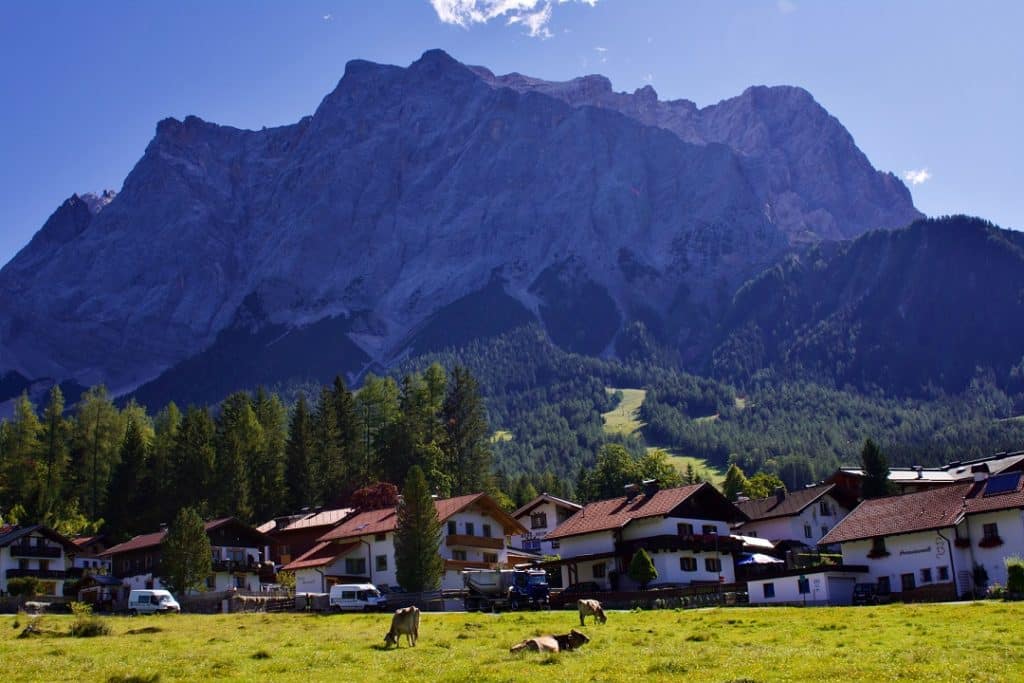 Photo by Santosh Ghimire on Unsplash

For solo travellers craving some outdoor winter adventure, Ehrwald has not one, not two, but THREE ski resorts. If snow isn’t your thing, there’s plenty to do in the summer, too, with the mountains offering a challenge to even the most experienced crag-climber. If you want to take it slower, the epic hiking trails will help you get your steps up, and whether you’re at the top of the mountains or down in the valley, the sunsets must be seen to be believed. 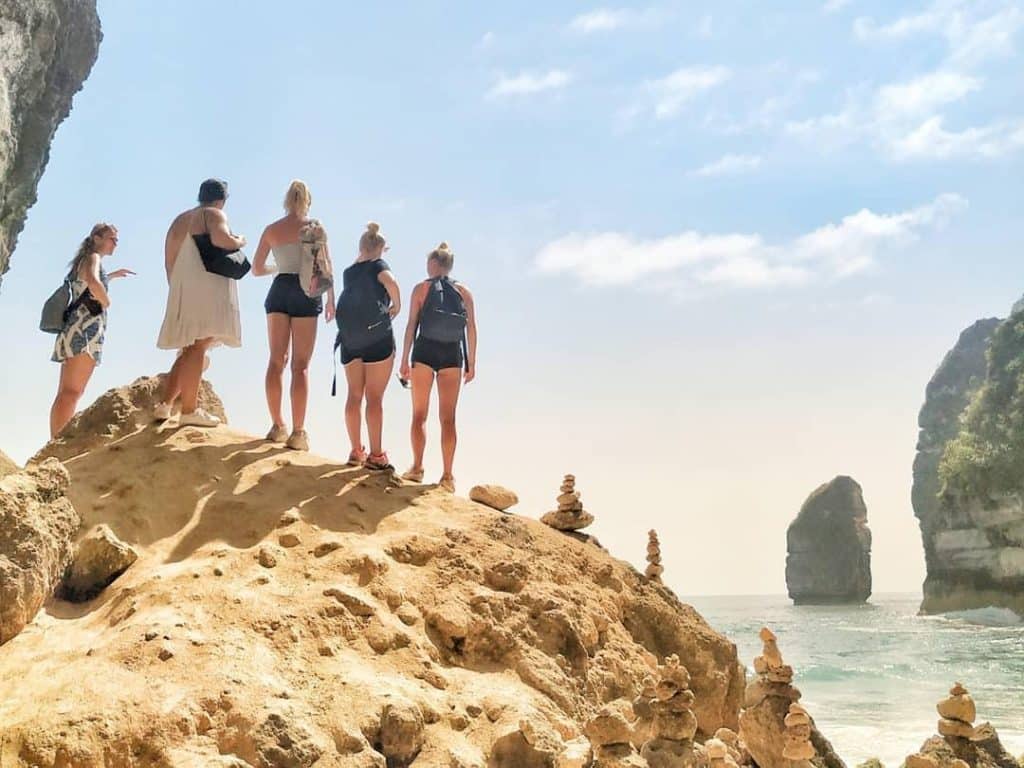 Once you make it past Kuta’s bucket cocktails and the hipster crowds of Canggu, you’ll find Nusa Penida- a welcome oasis off Bali’s southeastern coast. Its location makes it slightly trickier to get to, but that means it’s lesser-explored and reminiscent of the Bali of backpacking trips past. There are plenty of hostels dotted around, with more popping up as the island draws travellers once again, and with Nusa Lembongan just next door, the two together make the perfect island escape. 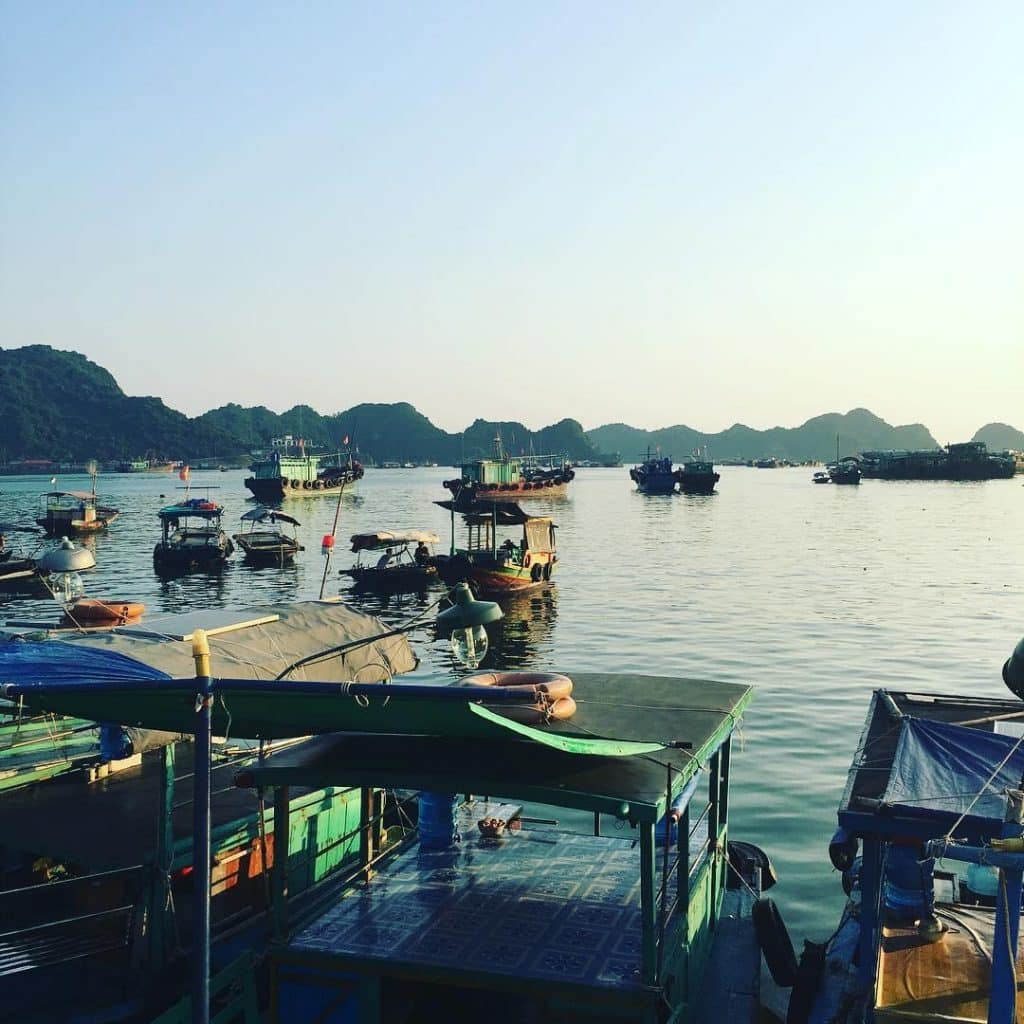 No visit to Ha Long Bay is complete without a trip to Cat Ba. This rocky and jungle-covered island is a great base from which to explore the surrounding bays of the famous archipelago. Once you’re away from the main hub, you can expect lush mangrove forests, freshwater lakes, and untouched sandy beaches to explore. As a popular stop on the Ha Long Bay tour, there’s no shortage of hostels, and you’re guaranteed to meet other backpackers looking for some Vietnamese sunshine. 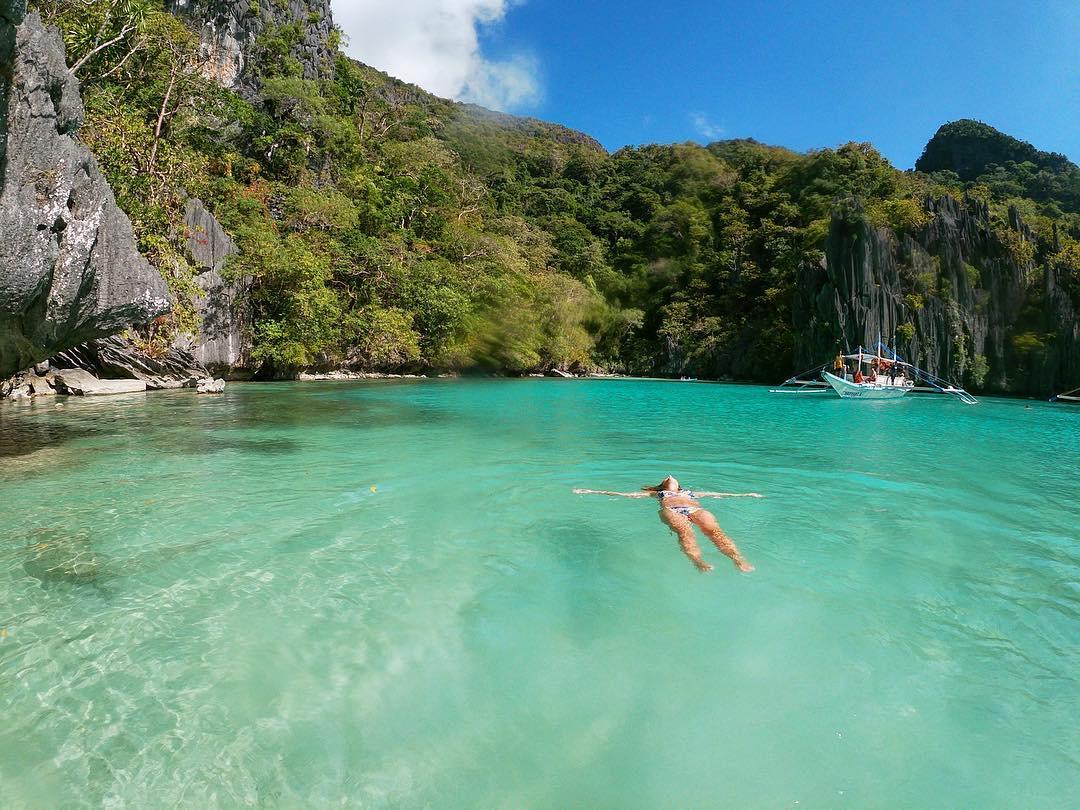 It’s been a quiet few years for El Nido, but with The Philippines back open to tourists as of February this year, this backpacker hotspot is sucking in visitors like a sunscreen and sand-covered magnet. And what’s not to love?! Stunning weather, postcard-perfect beaches, more hostels than you can imagine and solo travellers galore. Come for 3 days, stay for 3 weeks… it’s that kind of place!

Wherever you’re heading on your solo travel adventures, don’t forget you can download our Hostelworld Travel App to connect with other travellers before, during and after your stay!