Are you as seduced by Scandinavia as I am? Well when I saw the Oscar-nommed Danish Girl recently, I was so inspired that I finally bought some cheap flights to Copenhagen, piled on my hats, scarves, gloves and thermal-everythings and set off on my Danish odyssey. With it being January and the Christmas money hangover still looming, I knew I had to dodge the tourist traps and spend wisely. Here’s a taste of all the cool things to do in Copenhagen on a tiny budget, and where to find the hidden artist’s studios, authentic jazz bars, and the best omfg-delish Nordic food… 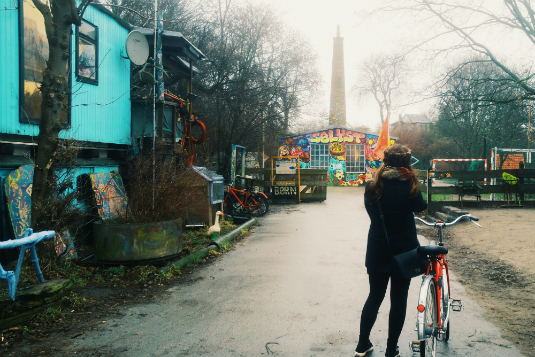 What I love most about Copenhagen is that food is an art form, and the price is oh-so-worth it. Torvehallerne Market in Vesterbro is a fab introduction into Danish cuisine. Here you’ll find everything from organic juice bars (try a fiery ginger juice shot – these seem to be a thing in Denmark) paleo cafes, fresh Danish pastries, and coffee shops like the renowned Coffee Collective.
Brunch is taken seriously in Denmark, and I would particularly recommend Atelier September just around the corner from Generator Hostel. It’s a café run by locals with a local menu – the avocado on smørrebrød (a Danish staple of rye bread with butter) with lime is a must! 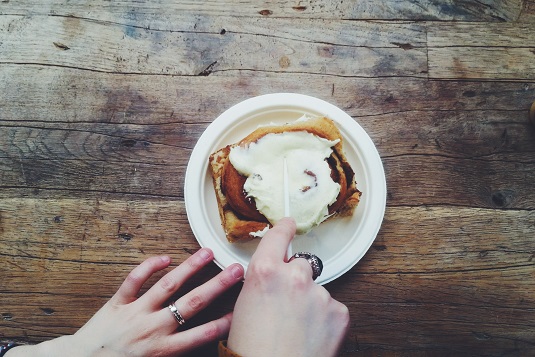 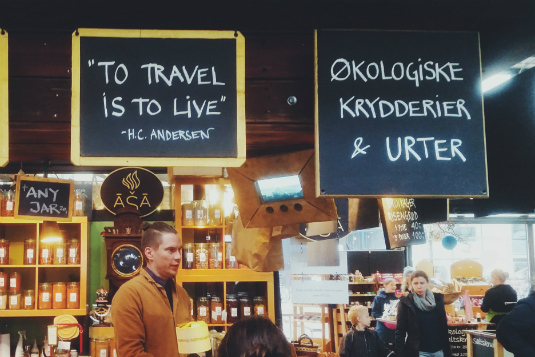 Copenhagen is the mecca for breakfast and porridge worshippers. I am a breakfast person/not a morning person, but Granola in Vesterbro and GRØD, a porridge only bar, are worth getting up for. They serve up bowls of creamy deliciousness with your choice of a million toppings, and I went for a banana, chocolate drops and peanut butter combo which was DIVINE. You will never be able to look at a Quaker Oat instant pot in the same way again! Porridge haters don’t panic – there are savoury quinoa & risotto dishes which are just as delish. 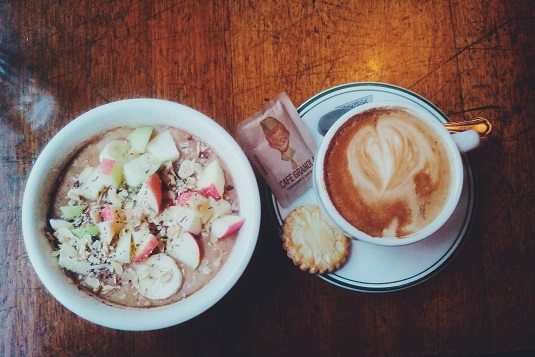 3. Meet the locals in Christiania

Christiania. Free town. The Green Light District. Whatever you want to call it, this is one of the most fascinating places I have ever been and one of the top things to do in Copenhagen. As you pass under the “You are now leaving the European Union” sign you enter a kaleidoscopic community village of murals, handmade houses, quirky cafés and the biggest hash market on the planet aka Pusher Street. My friend and I got lost cycling down the woodland paths, but we followed the faint sound of the Velvet Underground and found a local artist’s studio. He enthusiastically talked us through his paintings and techniques, and what it’s like to make a living as an artist in Denmark. We pit-stopped at one of his recommendations after, the Moon Fisher café, where we refuelled with a chai latte and a Danish cream bun! 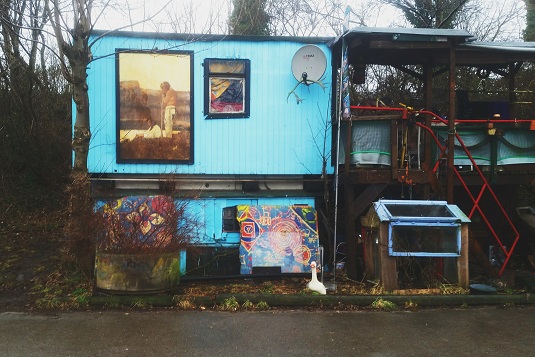 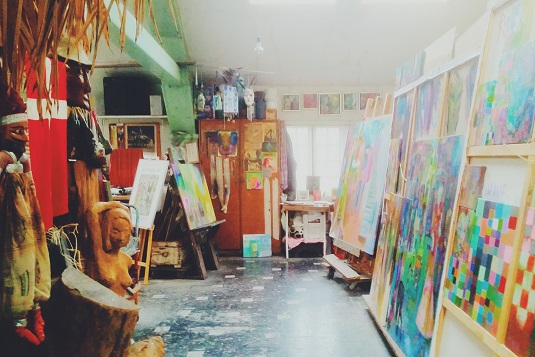 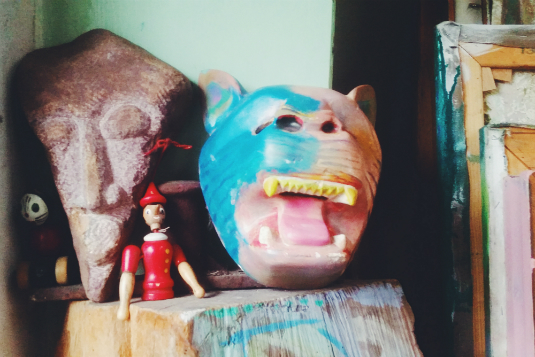 Let’s be honest, you are spoilt rotten for good hostels in Copenhagen. There are a blend of traditional and modern abodes from Sleep in Heaven a chilled den in Nørrebro, to Generator Hostel which has just won the best Hostel in Denmark at this year’s Hoscars. I stayed at Urban House, a hostel/hotel hybrid with an ultra-convenient location 2 minutes’ walk from the Central Train Station. However, it was the film room, tattoo parlour and cocktail bar that twisted my arm – you can get a traditional hot dog here for just DKK 35 (DKK 60 including fries). 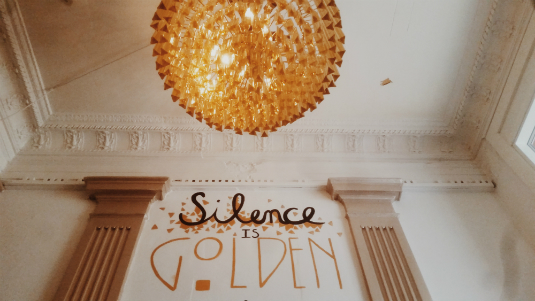 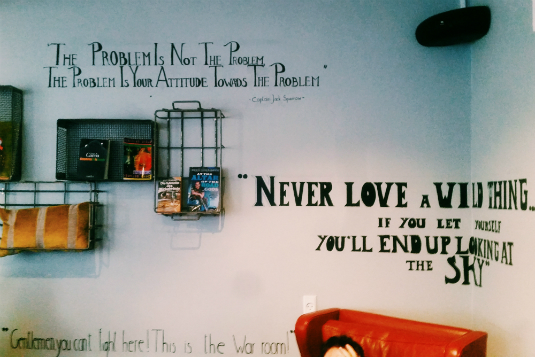 The city is compact, so you if you like walking, you needn’t spend a dime on transport. However, if time is of the essence I recommend renting a bike from your hostel reception. Copenhagen is the first Bike City in the world, and even if you’re a biking virgin, there are designated lanes and routes everywhere for you to get the hang of it ?. Gear up and fall in love with the canals, parks and countless other things to do scattered around the city. 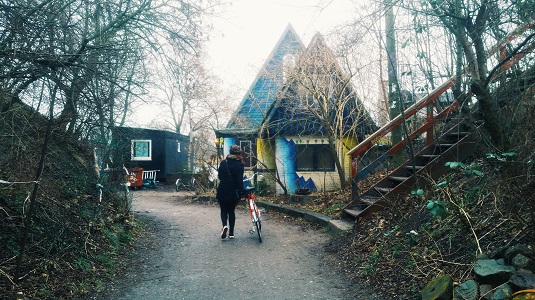 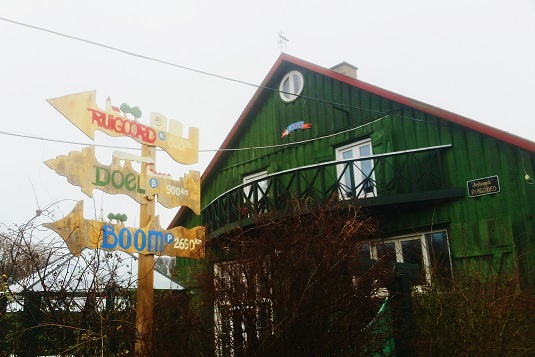 Copenhagen is of the world’s most eco-friendly cities and blessed with the beautiful parks containing historic statues and hidden sculptures. Check out the atmospheric Assistens Cemetery and The Botanical Garden which is especially magical when lit up at night. If you want an alternative to the mermaid sculpture, ride over to Havmanden newar Hojbro Pl. 15. Take a look closer in to the lake and you’ll see a merman and some merkids sitting waiting for their mermum to come home, but after becoming a human she never returns ?. It’s called Agnete Og and was inspired by Hans Christian Andersen’s classic fairytale, The Little Mermaid. Sometimes in winter the lake freezes and you see the little hands popping through the ice! 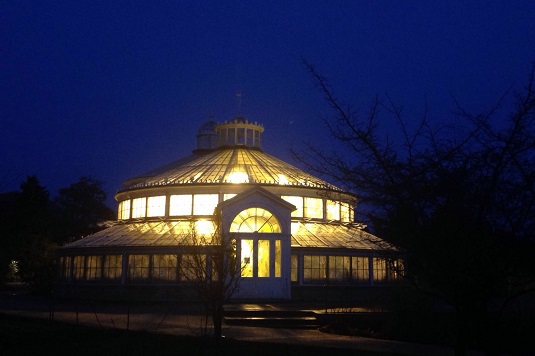 One of my favourite places was the Palads Tatret, a former train station that was transformed in to a cinema in 1917, and eventually painted in these vivid candy shades in 1989. With 17 auditoriums and the widest selection of films in the whole of Denmark and Danish cinema, it’s one of the best things to do in Copenhagen for film fans. If you haven’t see the Danish Girl already, the film is set in a mid-1920s Copenhagen telling a story about two painters living on the famous Nyhavan waterfront. Here is how you can literally follow the film’s stunning locations step by step. 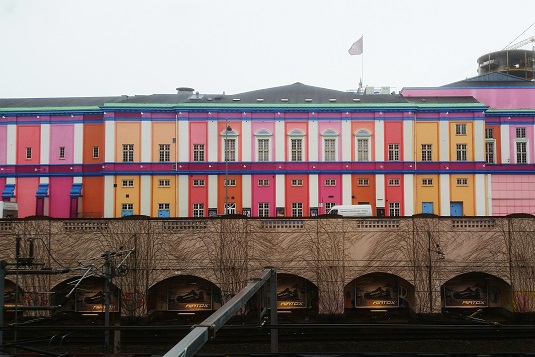 If you are an Instafreak like me, the unique architecture in Copenhagen never gets old. The city is a pick ‘n mix of modern masterpieces, colourful murals, rooftop neons and sublime historic streets. To learn more about the evolution and history of Danish design and fashion, head to the Designmuseum. Present a student card and you get 50% off, or if you are under 26. Sadly, I was 7 months too old, but it was worth the £10 anyway! 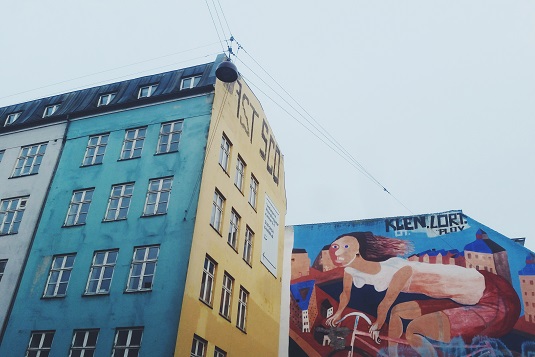 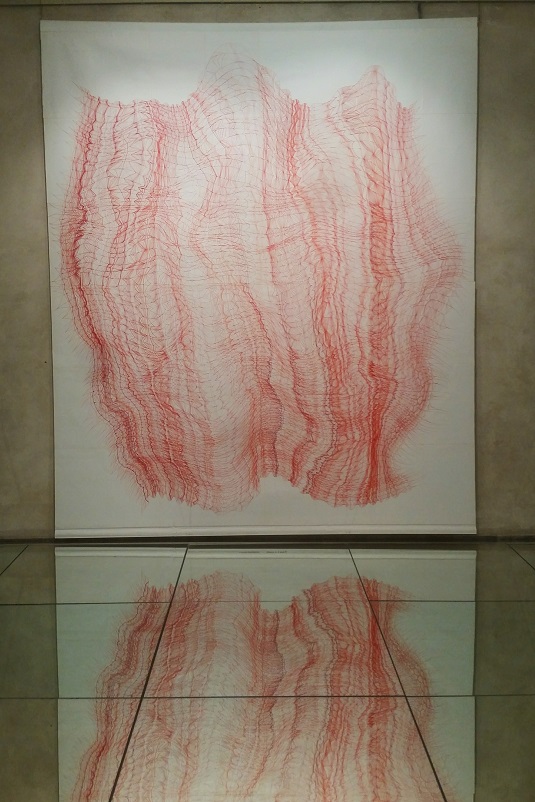 These are arguably the two hippest neighbourhoods in Copenhagen. Vesterbro is a former red light district turned hipster-hub, with Danes on skateboards and urban cafes on every corner. Nørrebro is colourful world of vintage shops, second hand boutiques and one of the best flea markets in the city – the Nørrebrogade flea market is on every Saturday from March to October. FYI Nørrebro is also the cheapest area of Copenhagen and a hive of bohemian bars and underground clubs. 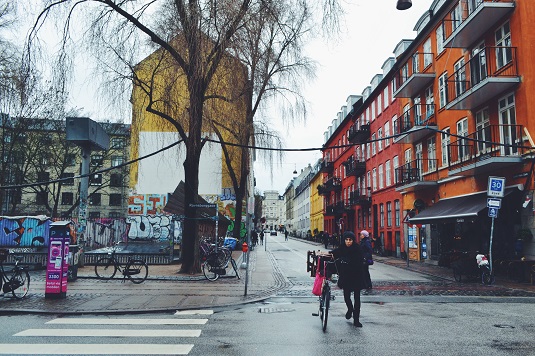 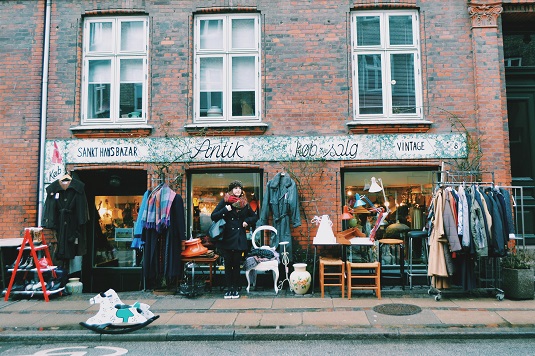 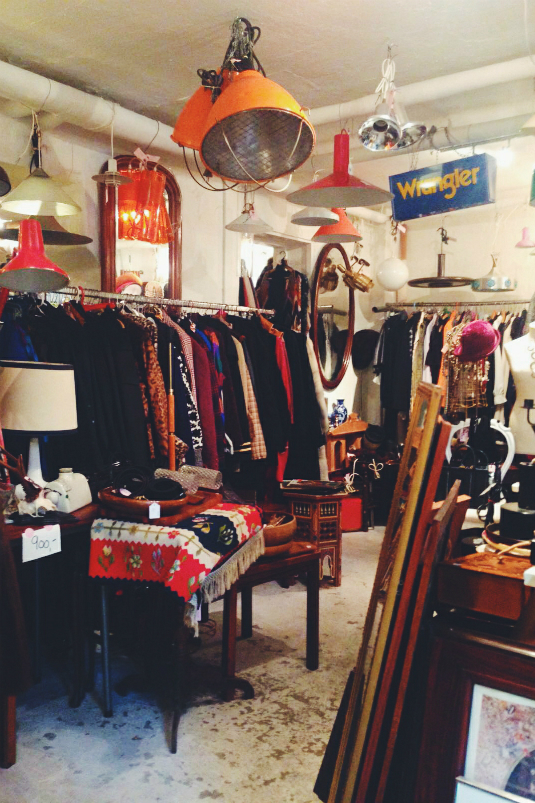 If you don’t have much time, I suggest doing a café-crawl across the city. The cosy Laundromat is the ideal hangout for backpacker – part café, part laundry room, you can wash, eat and play chess all in one go! Another good’n is a Jack Kerouac-inspired café called Underwood Ink, and the Paludan Bog Café is a must. It’s a café inside a library, and they serve food if you fancy a candlelit meal with booze for under £20. 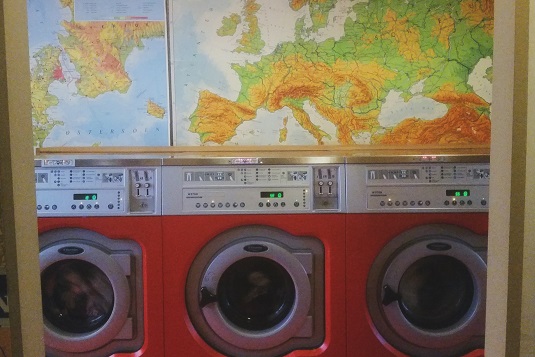 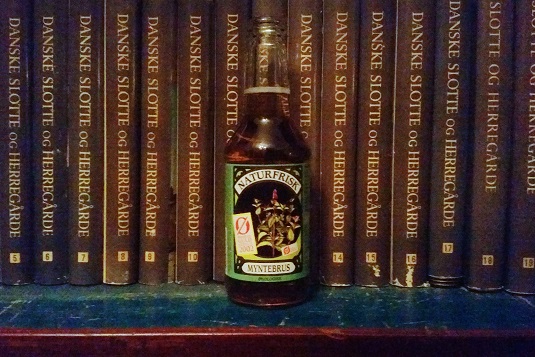 This is where the REAL jazz is at. Clubs such as La Fontaine and Jazzhaus Montmarte were hosts to Miles Davis back in the day and are still going strong. If you’re not into jazz, Copenhagen has an ultra-diverse music scene on offer. There are free outdoor gigs in Christiania in the summer, and next year the city is hosting the first ever Sonar Copenhagen Festival. I recommend heading to the Meatpacking district if you’re in the mood for an underground rave. Clubs in Copenhagen tend not to have a strict closing time so parties can go on for days, and bars are often open until 4-5am! Read more on the best clubs here. 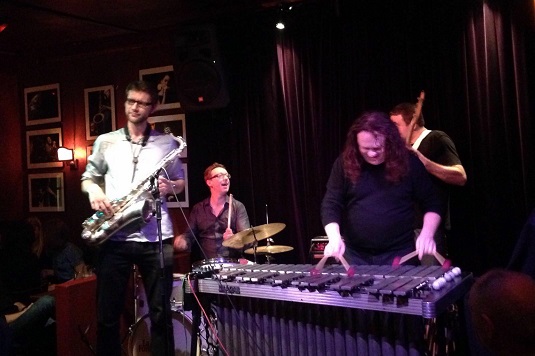