The sheer number of beaches in Sydney means that if you were to visit one new beach every day, it would take you over three months to see them all! So no matter where you are in the city, you never have to travel far to find an amazing beach. The only vex is picking which one to visit! Whether you’re a surfer, sunbather or snorkeler, here are 12 of the best beaches in Sydney just waiting to be the setting for your next happy memory. 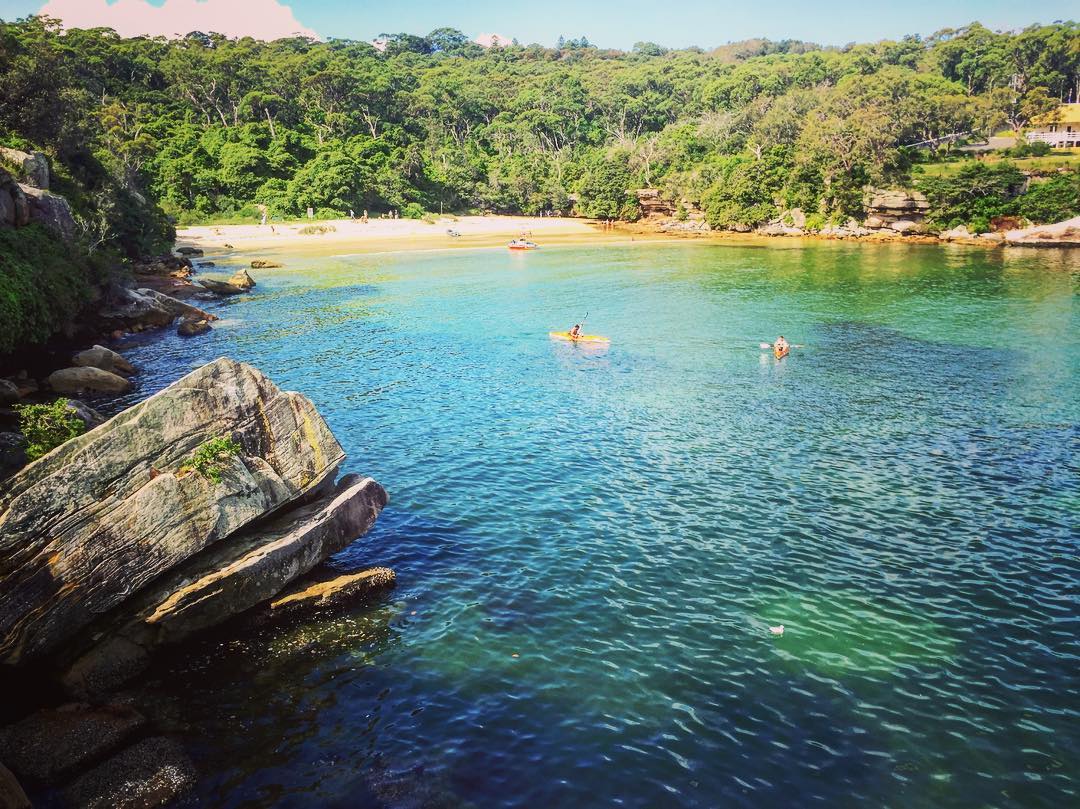 With the endless activities on offer and relaxed vibe, it’s tempting to want to spend your entire summer day on Manly’s main beach. But I beg of you to put your explorer’s hat on and head off the main drag to Collins Flat Beach. In six short minutes (by car), you go from the crowds and crashing waves of Manly Beach to the tranquil and calm waters of Collins Flat Beach, where the only noise you’ll hear is the gushing of the waterfall beside you. If Nicholas Sparks’ ‘The Notebook’ was set in Australia, this is where Noah would take Allie and declare, “If you’re a bird, I’m a bird?”

Best for: swimming and sunbathing. 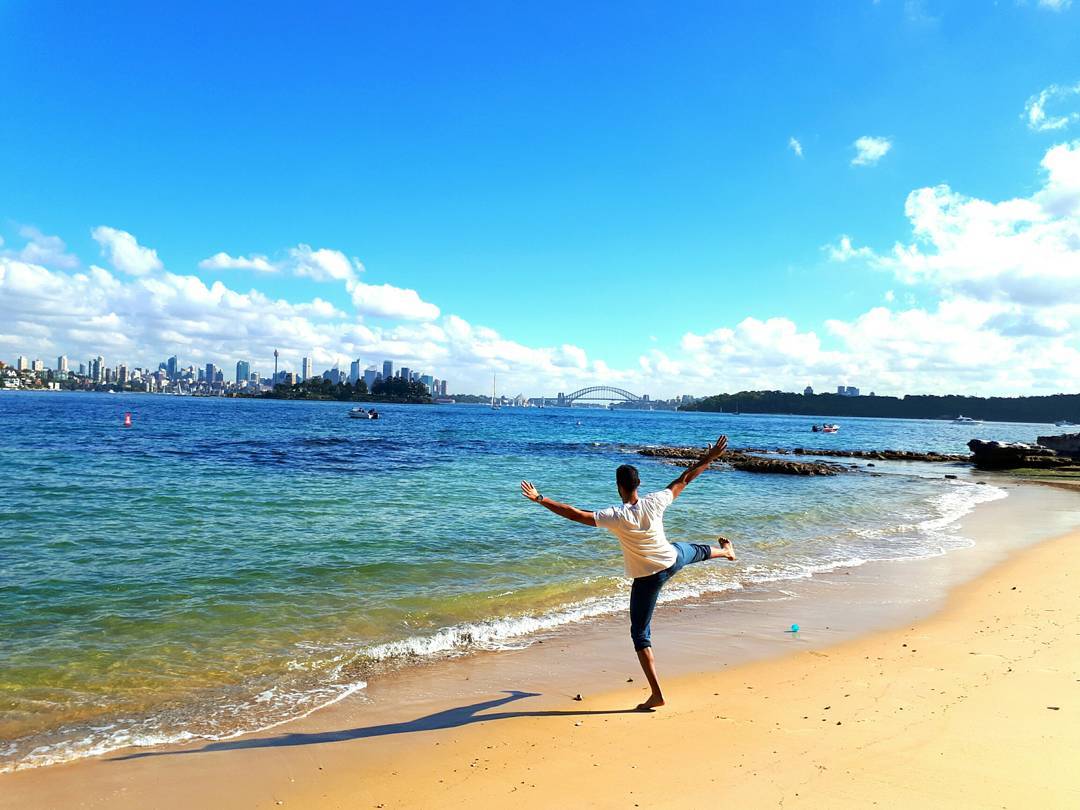 Fancy a beach with a view? Look no further than Milk Beach, located within the Sydney Harbour National Park. This quaint beach is the visual definition of short but sweet. Whilst only 50 metres long and 5 metres wide, this secluded beach offers visitors unobstructed views of some of Sydney’s most iconic landmarks, including the Sydney Harbour Bridge, the Sydney Opera House and Sydney Tower. The beach also sits at the base of the Heritage-listed Strickland House, which you might recognise from Baz Luhrmann’s film ‘Australia’. The best part is that this beach is largely untouched by tourists, despite being only a 15-minute drive from tourist-filled Bondi Beach.

For an added touch of magic, coordinate your visit with the timing of the sunset. From Milk Beach, the sun sets right alongside the Sydney Harbour Bridge. There are few better ways to finish the day than curling up in the sand with this view, as the sun sets at ever deepening angles showing you a whole new – much more peaceful – side to the city of Sydney.

Best for: swimming or sunbathing 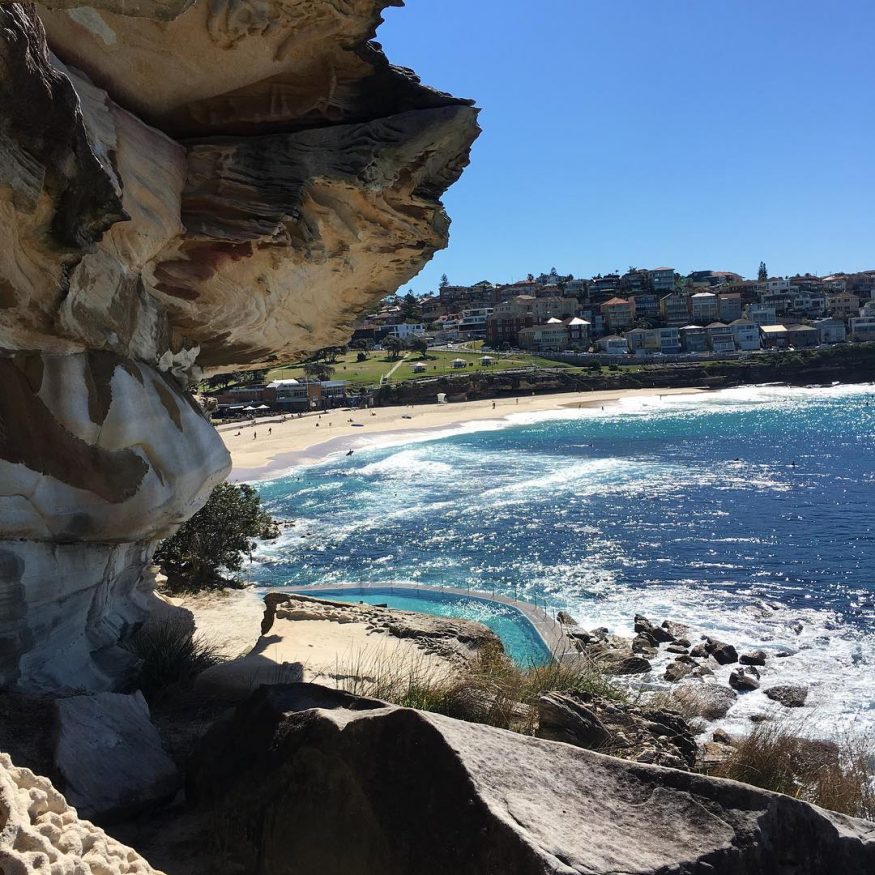 Bondi is one of the best beaches in Sydney, full stop. While it can get busy, you can’t deny its beauty. The best way to experience the beauty of the Australian lifestyle is by people watching at Bondi, where you can see individuals, couples and families swimming and relaxing their day away together in the sunshine.

If Bondi Beach was a hostel, you would give it a 5-star rating for its ability to accommodate the various needs of its visitors. While the crescent of golden sand is perfect for sunbathing, it’s clear, turquoise waters and consistently good waves are perfect for swimming and surfing. The unique shape of the beach also means that the southern end receives larger waves perfect for the experienced surfer, whilst the northern end of the beach receives smaller waves perfect for a novice surfer. If you’re after a more peaceful beach experience, however, plan to arrive early. The experience of watching the sun rise over the ocean is simply magical, and you’ll only share it with locals surfing, running, and doing their early morning yoga. 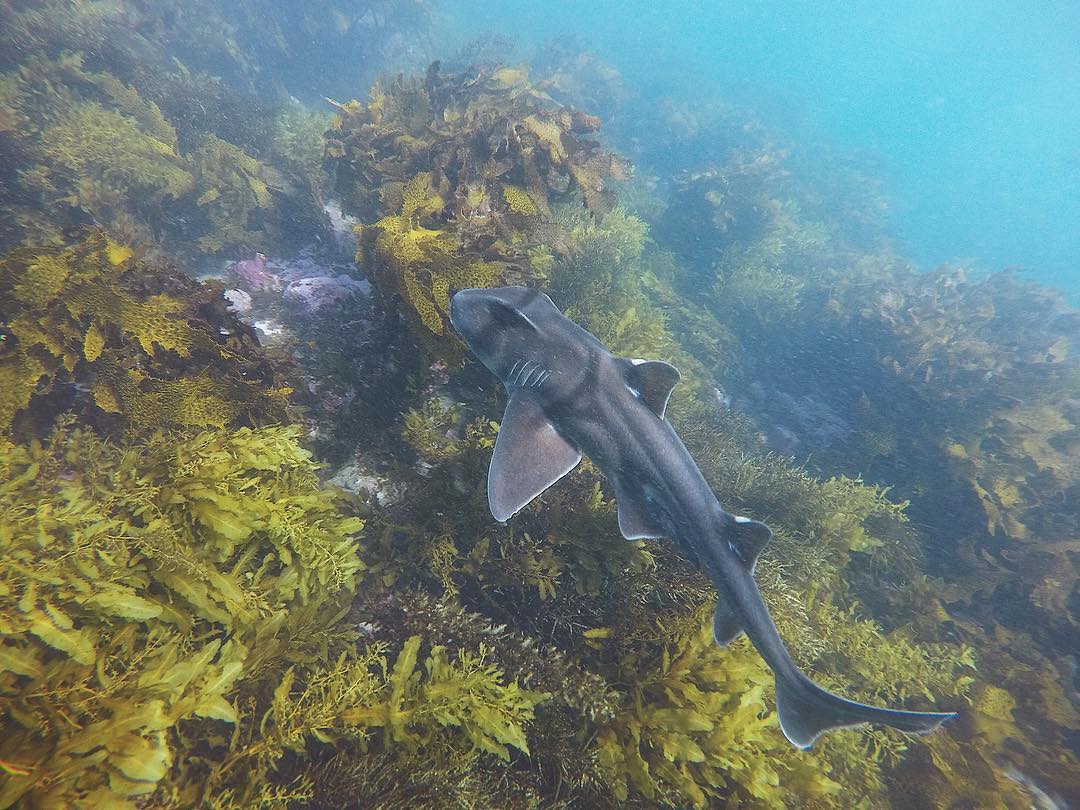 A visit to Shelly Beach makes me want to dye my hair red, pretend I’m The Little Mermaid and sing “Darling it’s better, down where it’s wetter, under the sea”. While the city buzzes above the surface with a population of over 5 million people, the city also buzzes below the surface of the harbour and its surrounds where more than 500 marine species wander. These species include everything from extravagant weedy sea dragons to endangered green sea turtles.

One of the best places to experience Sydney’s sea life is at Shelly Beach in Manly. The beach forms part of the Cabbage Tree Bay aquatic reserve that aims to protect the local marine life. What makes Shelly Beach so special you ask? Well, the maximum depth of the beach is around 12 metres. The relatively shallow water depth makes this one of the best beaches in Sydney for scuba divers and snorkelers looking to encounter the marine life that inhabits the area. 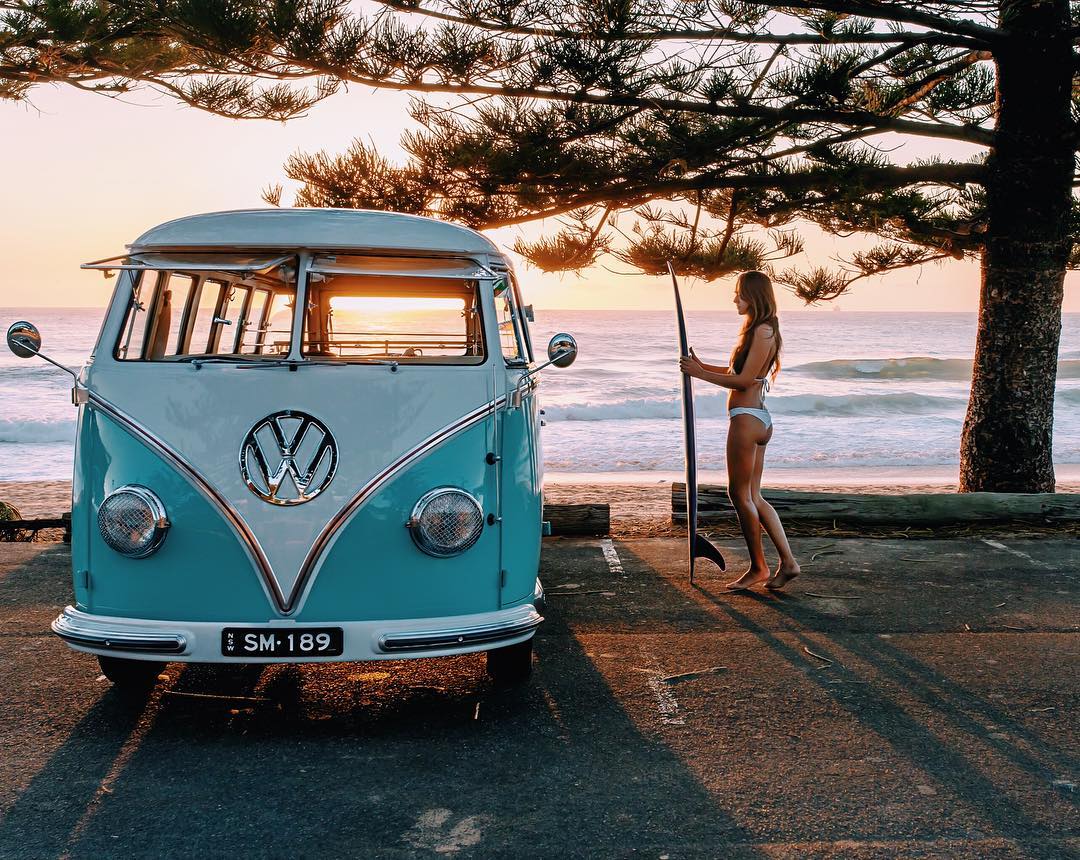 Remember those idyllic summers from your childhood? You’d anxiously await those days dedicated to nothing but having fun, be it going swimming, kayaking, surfing or just lazing about in the sand, free from the constraints of school. Well, at Manly Beach, you can relive these summers! For the sporting enthusiasts, there’s everything from stand-up paddle boarding to beach volleyball to jet boating. For the less athletically inclined, there’s the option of sunbathing on the golden sands or going for a stroll along the promenade which runs alongside the beach. Oh, and did I mention that Manly is one of Australia’s most famous surfing beaches, with the first world surfing championship being held there back in 1964!? 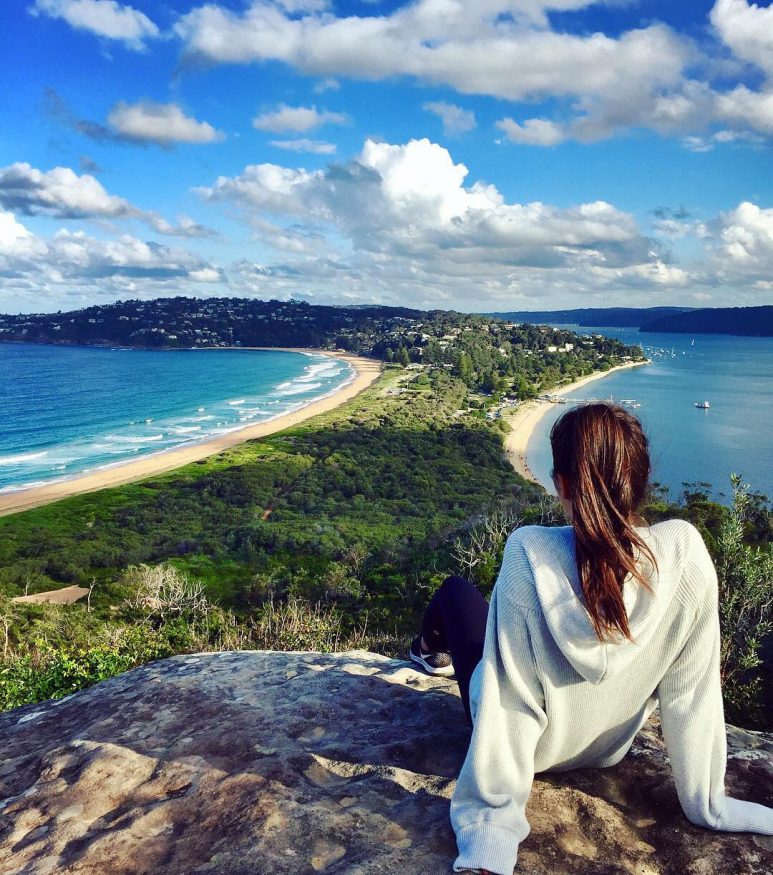 A one-hour drive north of the CBD lies Sydney’s most northerly stretch of sand – Palm Beach. Here, you can have your cake (or acai bowl) and eat it too. Whilst the beach here is just as beautiful as Bondi’s, it is far, FAR less crowded due to its distance from the centre of Sydney and also offers something for everyone. While surfers can get their rush riding the waves at the northern end of the beach, swimmers can relax in the calmer waters at the southern end. Between dips, be sure to do some people watching as Palm Beach is home to the long-running Australian TV series ‘Home and Away’ as well as a slew of celebrities. You never know who might be swimming or relaxing on the sand beside you.

Each time I visit Redleaf Beach, I feel like I’ve arrived home after a long journey. There’s this feeling of contentment that washes over me as it’s one of my favourite beaches in Sydney. Firstly, there’s the wrap-around pontoon that not only provides swimmers with a safe harbourside environment but also provides visitors with a picturesque place to stretch their legs. Secondly, the beach offers its visitors flawless views of the Sydney Harbour Bridge and Darling Point with numerous boats bopping in the foreground.

Best for: swimming and sunbathing 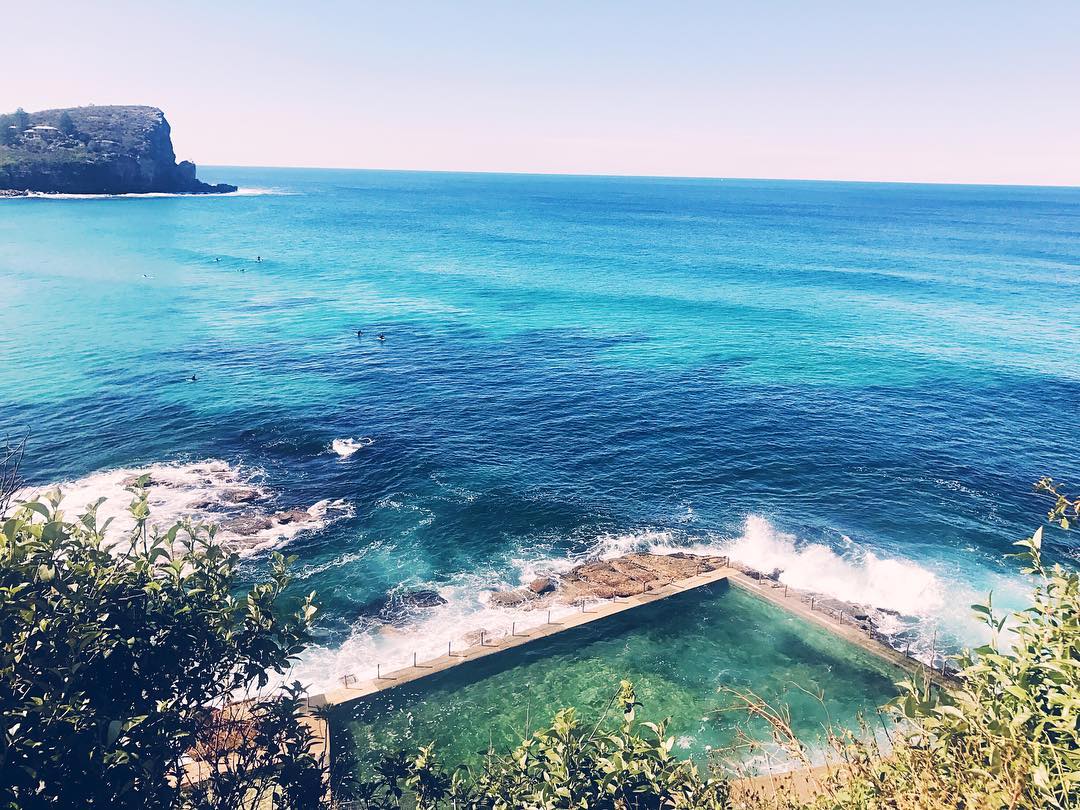 Did you know that in the 90s the hit TV-series ‘Baywatch’ wanted to relocate their filming to Avalon Beach in Sydney? You won’t be surprised once you’ve seen it for yourself! With an already strong surfing community that’s only growing stronger, Avalon has become the go-to spot for those seeking a sea change. North Avalon breaks along the headland and a nearby sand bank attracts experienced longboarders.  Meanwhile, South Avalon breaks on a triangle-shaped sandbank near the rock pool that generates a mix of fun beginner waves. Looking for a more challenging surf? Head to the edge of the south cliff. Here, the swell sucks up hard on a shallow rock shelf generating fast-barrelling waves that will test your tube riding. 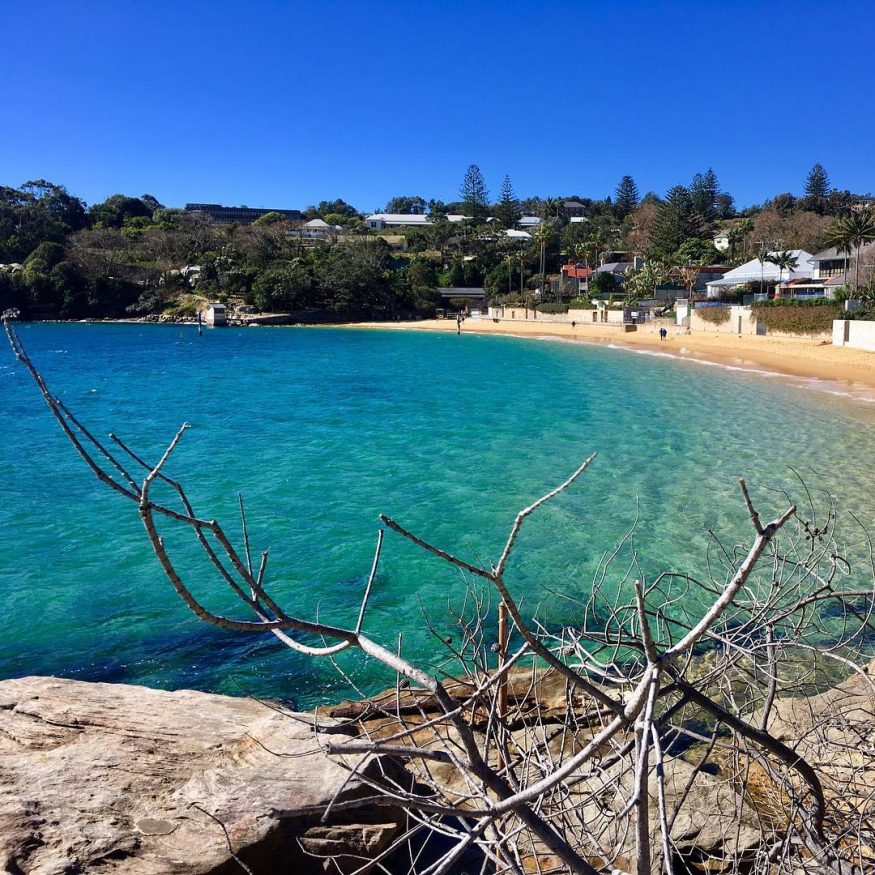 I discovered Camp Cove unexpectedly on an excursion to visit the Watson’s Bay lighthouse. It was a summer day – perfect for a beach visit – but it was just me and a few locals at the beach. I looked at the view, the calm waters and the few people who I shared the beach with and stood in a state of complete surprise. How could a beach with perfect swimming conditions and an amazing view of the city skyline be this empty? If that wasn’t enough, I soon realised that the beach was westward facing, offering visitors the chance to catch the sunset behind the city skyline. So, if you’re after some uninterrupted alone time, or want somewhere special to take your loved one where you can spend time and just appreciate the beauty of the world together, this beach is just for you!

Best for: swimming and sunbathing. 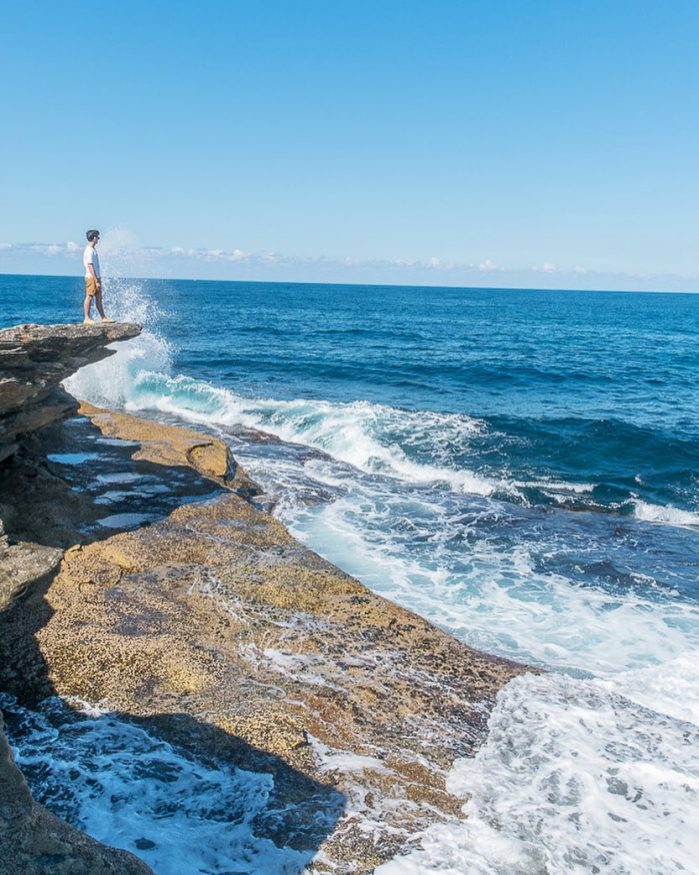 Don’t fret when the hectic city pace gets to you – just don your snorkel and head under the sea at Gordon’s Bay where time eases to a dreamy pace.  Hidden between Clovelly and Coogee Beach and protected by an offshore reef, Gordons Bay is one of Sydney’s most popular snorkelling spots. The secluded bay is not only teeming with marine life but also features Sydney’s only underwater nature trail. As you follow the 500-metre chain trail, you are led to a series of concrete-filled drums with informative displays about the local marine life. Is that not the coolest idea ever? Some marine life to keep an eye out for include sponges, star fish, sea urchins, cuttlefish, anemones and the blue groper. Another one of the best beaches in Sydney for exploring the hidden depths around the coast. 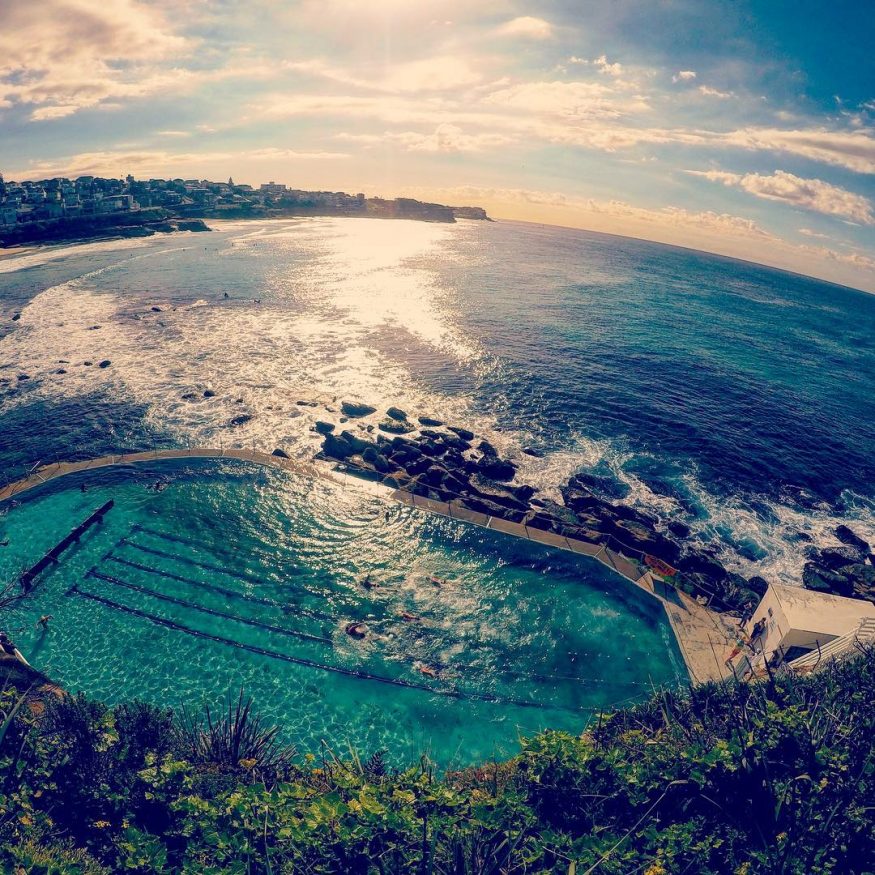 The Chandler to Bondi’s Joey, Bronte Beach is a great alternative for those wanting to escape the crowds without sacrificing the surf. Bronte is just over a kilometre’s walk south of Bondi along the picturesque Bondi to Bronte coastal walk. The beach itself faces east and picks up swell from any direction, but with its bulky headlands to the north and south and clusters of underwater rocks, the conditions can be challenging, especially for swimmers. So if you’re visiting for the first time, take care in the surf! At Bronte Beach, the ocean and land collide in great foaming swells that surfers love to ride. If you’re nervous about swimming here, you can still use the delightful Bronte sea baths at the south end of the beach.

Best for: sunbathing and experienced surfing. 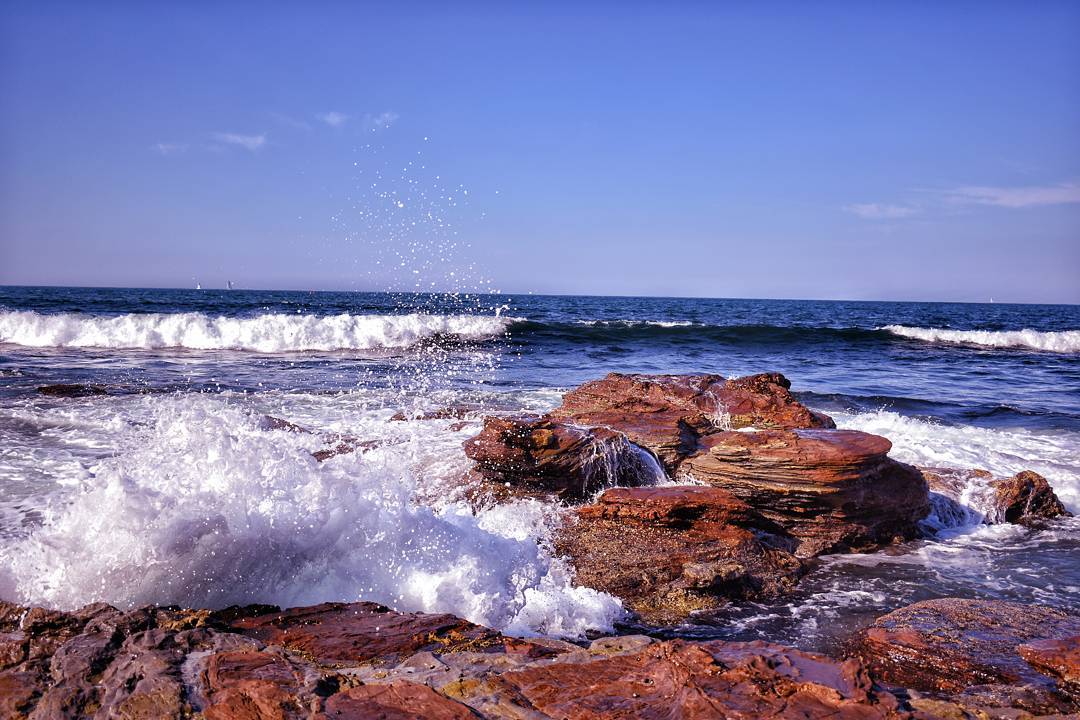 Fishermans Beach is part of the Long Reef aquatic reserve which covers 76 hectares between Collaroy and Dee Why Beach. Surrounded by two headlands, Fishermans Beach is the only sheltered beach in the reserve and is a prime location for exploring the marine life. Such creatures to look out for include feather stars, sea stars, heart urchins, anemones and sea slugs (or as they are more elegantly called nudibranchs). Afterwards, head up to the top of the Long Reef headland for spectacular views out to the ocean (especially at sunrise!).

Best for: swimming, sunbathing and snorkelling.

Do you have any other beaches in Sydney to add to this list? As a Sydney-sider, I’m always on the lookout for new beaches to explore on my days off. Let me know your favourites in the comments below?

Elle Gillard is a world-wanderer, animal-lover and meteorologist in the making. When she’s not busy studying the Earth’s climate at her home in Sydney, she’s off experiencing it first-hand all around the world. So far, Elle has experienced 40 countries and has no plans of stopping anytime soon. You can follow her colourful adventures on her Instagram, Facebook and Blog. 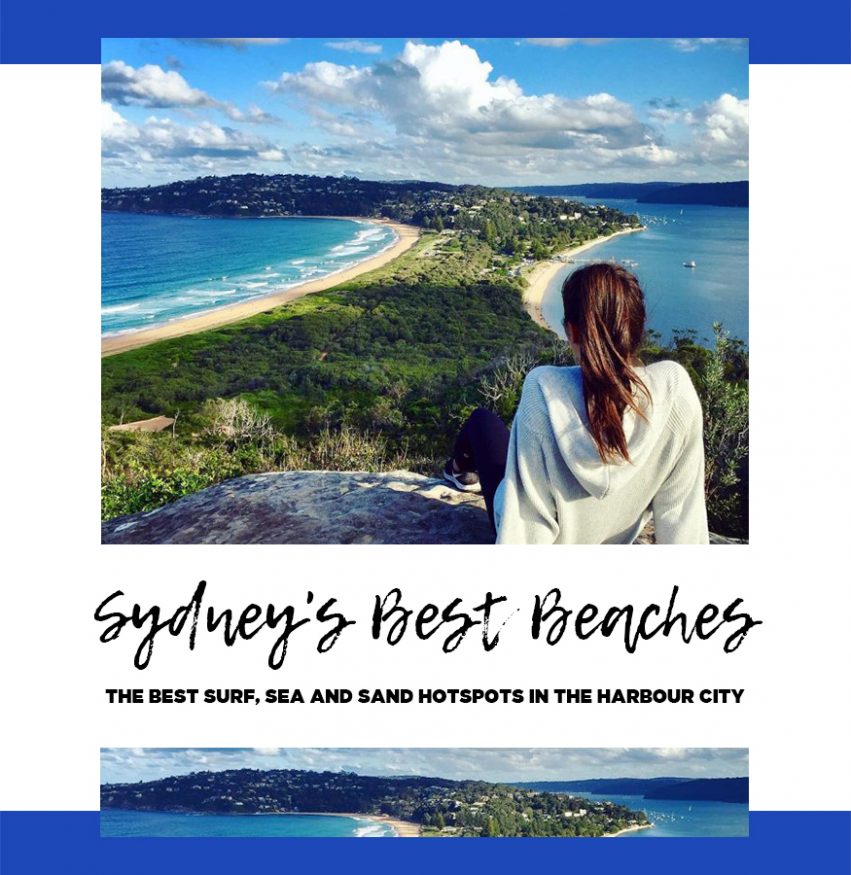