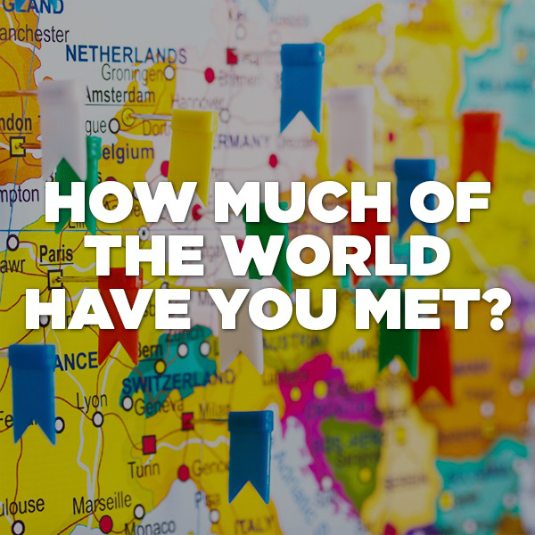 Who has been to more countries, the French or the Germans? The Germans. And where do global travellers want to go? Australia. We aren’t just making these up; we’ve gone and done a little something we’re calling the Hostelworld Meet The World Report.

What better way to understand the world’s travel trends than asking people? So we asked 1,000 people in each of seven countries where they’ve been, where they want to go, who they want to meet and various other questions.

So where have we been?

Well, as you might expect, countries nearer to our own homelands are winning on that front. We found that 68% of UK adults have been to France, making it their most visited destination. For the French it was Spain, with 41% having visited, while 54% of Germans have visited Austria, making it their most visited country. It’s no surprise that Canada was the most visited country by people from the US (26%), that Argentina is the most common spot for Brazilians (21%), and that Japan proved most popular for South Koreans (41%).

The most visited country for Australians? Nope, it’s not New Zealand. Actually, 25% of Aussies have been to England. Those Australians prove to us all that long-distance travel really isn’t that hard. The US (24%) tied with New Zealand as second most visited, and European countries like France (23%), Germany (18%) and Italy (18%) are also high on the been-there list.

But where do we want to go?

We found that our desire to go further afield than our next-country neighbours is strong. For people in the UK, Australia takes top spot in the want-to-see stakes with 38% of people wanting to go. That was a common trend, with Germany and the US also putting Australia at the top of their to-do lists, and the French naming Australia joint top with the US.

Even though Australia was the global winner in this category, the US followed closely, topping the Aussie, Brazilian and South Korean polls for where people wanted to see. Overall across the territories asked, the US was named as somewhere 22% of people want to go, just being pipped by Australia, which 23% of people cited as somewhere they would love to visit. 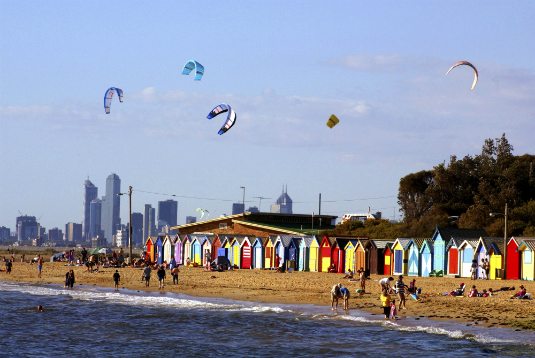 And who do we want to meet?

The US may have been pipped to the post by Australia when people were asked what countries they really wanted to visit, but it turns out that travelers most want to meet people from the US when they are abroad. They bagged commendations from 18% of people across the countries polled, while Australians and the English were cited as want-to-meets by 17% and 14% of people respectively.

US natives were the top pick for Brazilians, South Koreans and the French, while Australians came out on top for Germans, Americans, UK residents and, interestingly, other Australians. Go figure.

But the question is – where have you been and where do you want to go?