In this age of female empowerment, it’s unsurprising that the lady travellers of the universe are going solo. As a wise woman once sang… ‘Who explores the world? – Girls!’ Or words to that effect. Well it’s official, women are leading the way in the travel stakes and we have the research to prove it.

In the UK alone 75% of Gen Z women (that’s those born in the mid-90’s to mid-00’s) have either already been backpacking or plan to go, compared to 67% of men in the same demographic. When we checked our data, we saw that bookings made by female solo travellers have increased by 88% over the past four years! American women are leading the way globally as the nationality making the most female solo travel bookings with 20%, followed by Germany 11%, UK 10%, Australia 8% and Canada 7%. 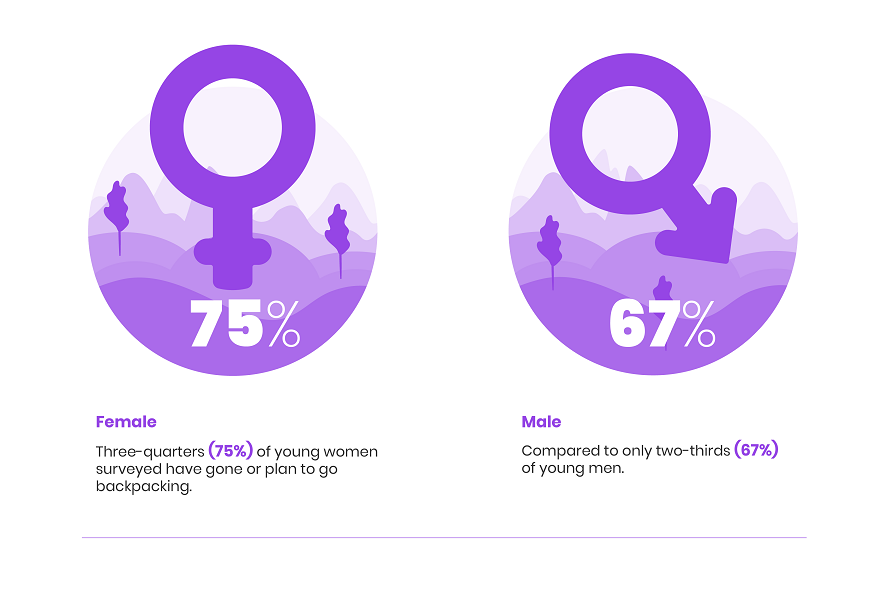 Most women weren’t born solo travellers, in fact many of us first dipped our toes into the unknown with a degree of WTF but we went anyway. Much has been written about the benefits and joy that solo travel brings, and that’s all well and good, but what about those first steps? What is the catalyst that makes women go? We want to know the reasons why women travel solo!

So, we thought we’d dig a little deeper and asked a bunch of our favourite female travellers why they first set out on a solo trip. 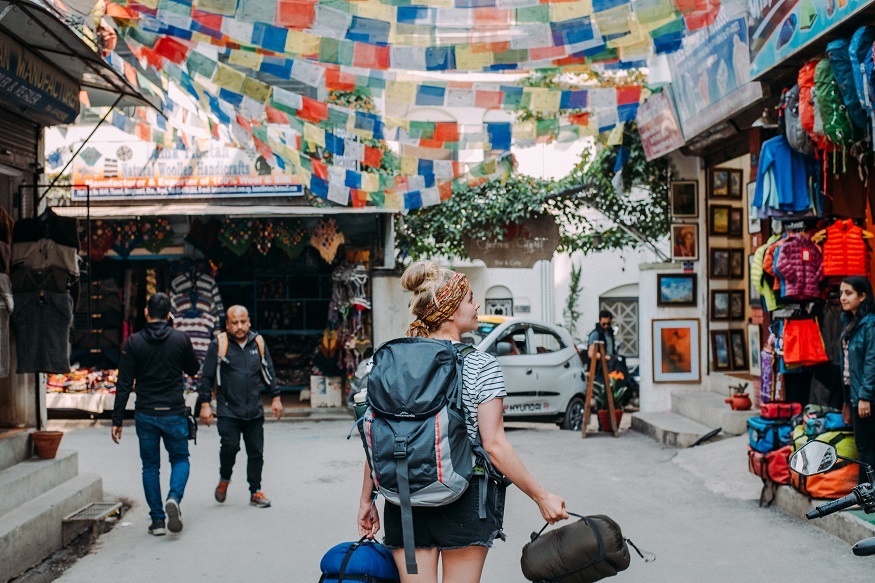 1. A big life shift was needed

“Because I needed a change from the mundane. I was in a rut, tired of a monotonous job, free lukewarm office coffee, and the same hectic daily commute. I wanted change, to make myself uncomfortable and be utterly selfish. That’s why I booked my first solo ticket. I truly believe that none of my colourful moments and conversations and connections would have happened had I not been travelling solo.” Sam @thetravelcrush

“One day when chatting to a colleague of mine in my first ever job, she told me about her backpacking adventures and it got me thinking. I grew curious and would look at an online world map at lunchtime and plot my future route!” Gemma @girlsthattravelofficial

3. No travel buddies, no drama 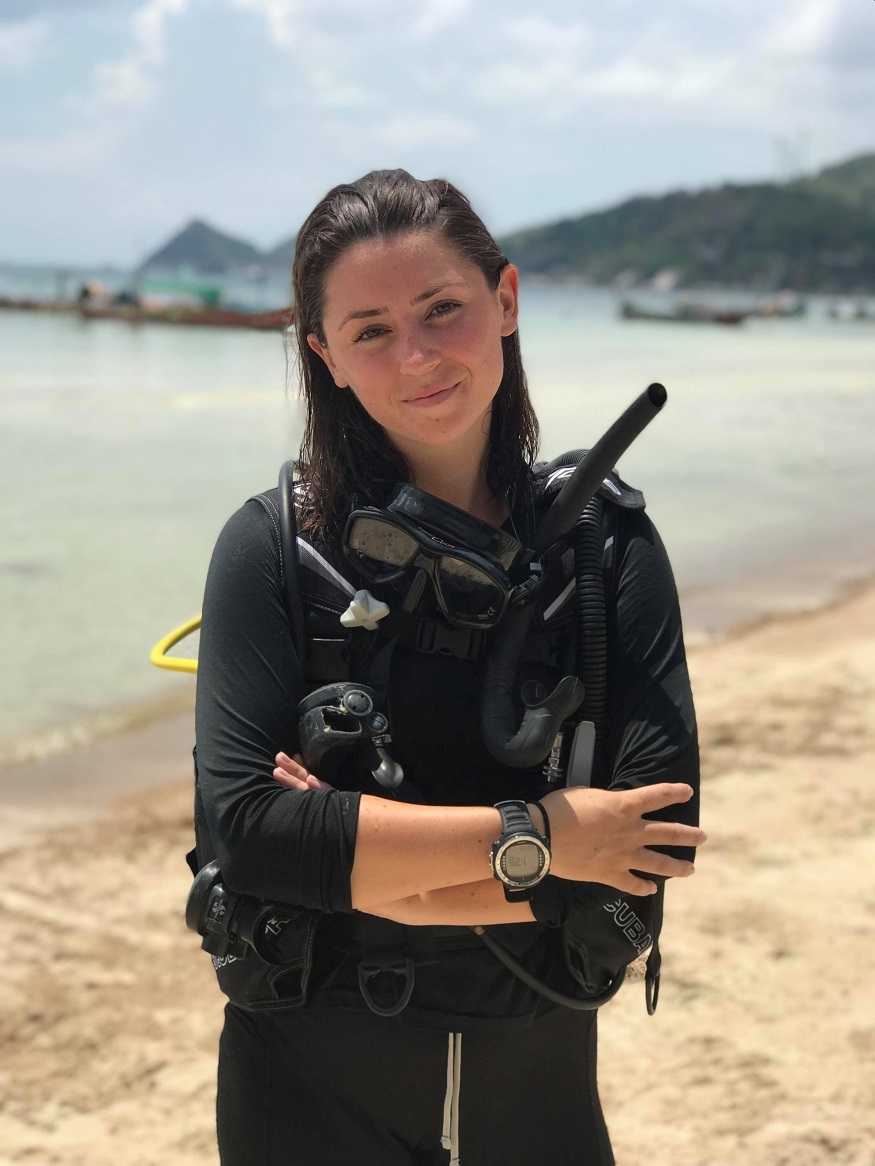 “For me the decision to go backpacking alone was born of necessity, as none of my friends wanted to travel and I decided that I couldn’t let my lack of a buddy stop me. After battling through the crippling fear of the first few days I soon felt an absolute triumph in thriving in a strange place alone.” Thea @sister.sol

“I’d never traveled solo before and had some difficulty finding a travel companion on short notice. I decided to kick fear to the curb and embark on this journey alone rather than miss an opportunity to visit some of the amazing places that had sat on my bucket list too long” Amy @amyscrypt

“I wasn’t intending to travel alone and was completely horrified when the friend I had planned to travel with backed out at the last minute. I decided to go anyway, which ended up being one of the wildest, exhilarating, eye-opening experiences of my life.” Sophie @theunboundedtraveler

4. One trip leads to another

“I decided to take my first solo trip six years ago. After visiting New Zealand with friends, I returned to the UK and almost instantly booked a flight back to Australia alone. I booked to go alone to prove to myself that I could do it, that I would be okay.  Solo travel for me was liberating, it created moments for me to learn more about who I am as a person and rise above the challenges in my life at that time.” Sophie @sophiepiearcey

“I was in a long-term relationship at the time but felt the need to go on my own. I think deep down I was craving some space, adventure and a change of scenery.” Gemma @girlsthattravelofficial

6. Turn down the noise 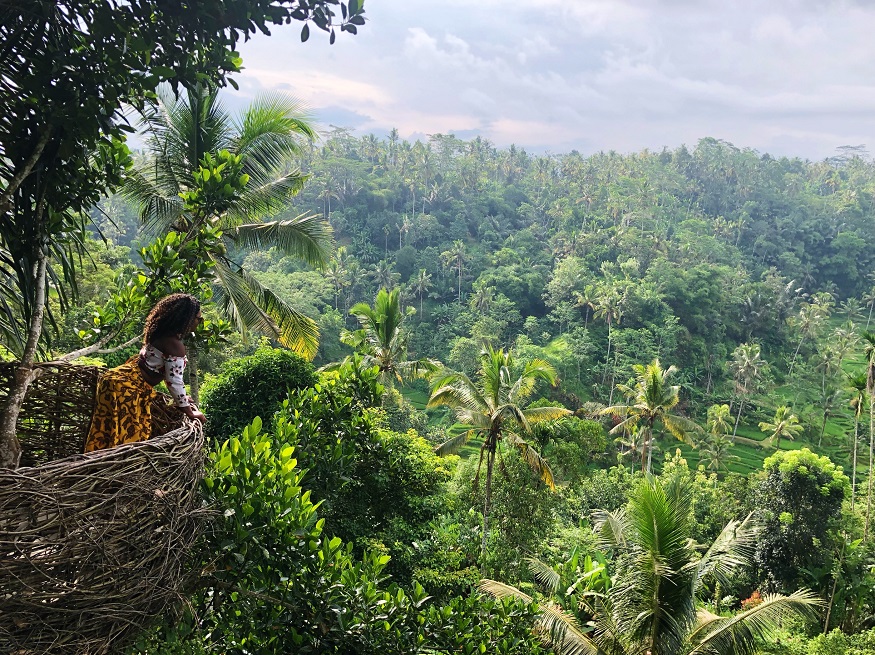 “I embarked on my first solo trip to Bali, so that I could truly experience the unknown alone, and take the opportunity to learn who I am outside of my comfort zone. When you’re in your place of comfort, you have so many distractions of work, friends and life is constantly happening that you never have a solid moment to reflect. I was very intentional that my solo trip was about switching on rather than switching off, because I needed to catch up on myself without the external factors distracting me. I believe that I’m not alone in my reasons for travelling solo, as many of the women who I met on my travels who are contemplating taking a solo trip, often want to do it, with the intention of learning who they are, and to grow as a person.” Sarah @SarahNoire

“While I was living in the U.K., I did a few weekend trips on my own around the island. After a few months, I did a week long whirlwind jaunt to Copenhagen, Venice, and Prague. This was before smart phones, and the trip was not without its problems, but I think it was a crucial experience for me in developing the sort of character skills you need when traveling solo.” Amy @wayfarersbook

“I took my first solo trip because I craved the freedom and flexibility that accompanies it. I was at a point in my life where I wanted to experience something that was totally about me. That may sound selfish — but I was caught up in a whirlwind of external things and solo travel seemed like the self-care I needed at the time.” Marina @marinasmilestones

Amy has niche travelling tastes and explores the macabre. Travelling solo has meant she can focus on her interests in their entirety. “I traveled through New York, Massachusetts, Rhode Island and Philadelphia, sleeping solo in haunted rooms and visiting murder houses along the way. I’ve never looked back.” Amy @amyscrypt

10. The universe made me do it 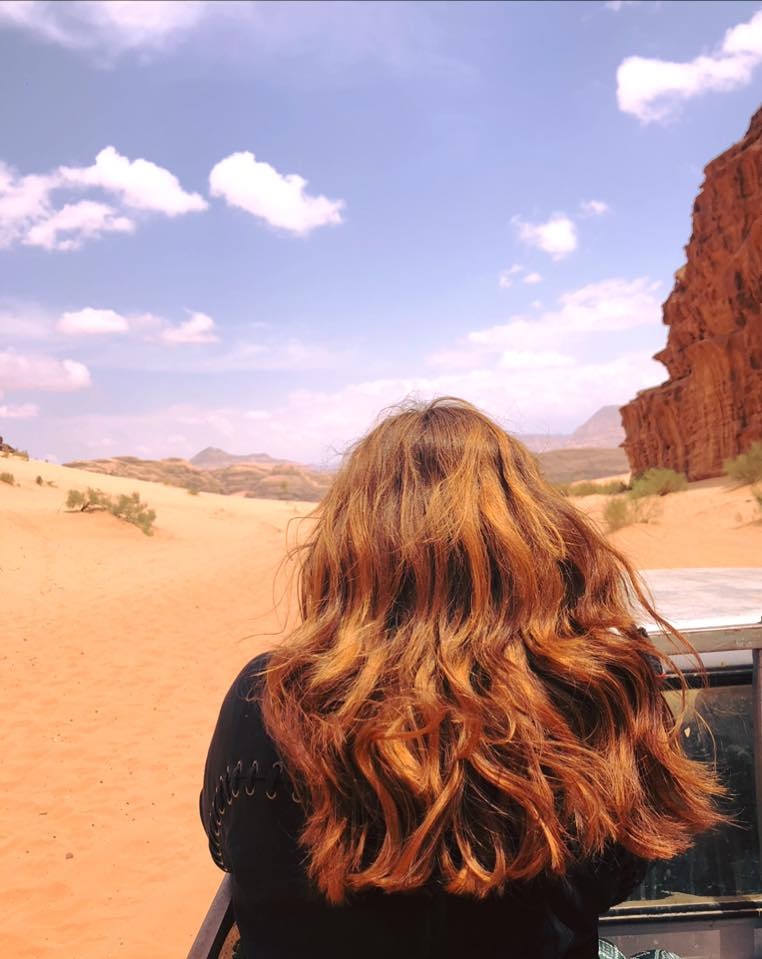 “Travelling was something I wanted to do, but there always seemed to be barriers. Work goals, no money, a family member to care for, a group of friends or a partner I couldn’t leave behind. Then I was dealt a series of blows, and instead of sinking I saw it as a sign to go: the more I lost ultimately set me free and on the path to the greatest adventure of my life. Going alone was key for me, as I’m not sure I’d have opened up in quite the same way if I hadn’t travelled solo.” Johanna @JohannaW

I guess I always had a sense of solo wanderlust, as I always wanted to go out and explore on my own – even if that was to the next town over, when I was 12! Gemma @girlsthattravelofficial

Why are more women than ever before choosing to travel solo?

The word ‘selfish’ popped up a lot in the responses, and I remember that feeling so intensely when I first left to explore the world solo. At first it felt so alien not to be considering at least one other person’s needs. Every day becomes your own when you travel solo, every decision yours alone and as the selfish feeling fades it morphs into the feeling of freedom and total autonomy. Society has done a good job on conditioning us women to take on the nurturing role and it’s hard to shake that feeling that you’re doing something utterly selfish. As women, in some countries, are taking strides towards equality and relinquishing some of the restraints and expectations put upon us we are choosing to take the ultimate adventure and travel solo. The myths around solo female travel are being disproved and this travel trend is on the rise.

What’s caused the shift of an 88% increase in solo female travellers over the last four years?

We asked our solo female travellers for their thoughts: 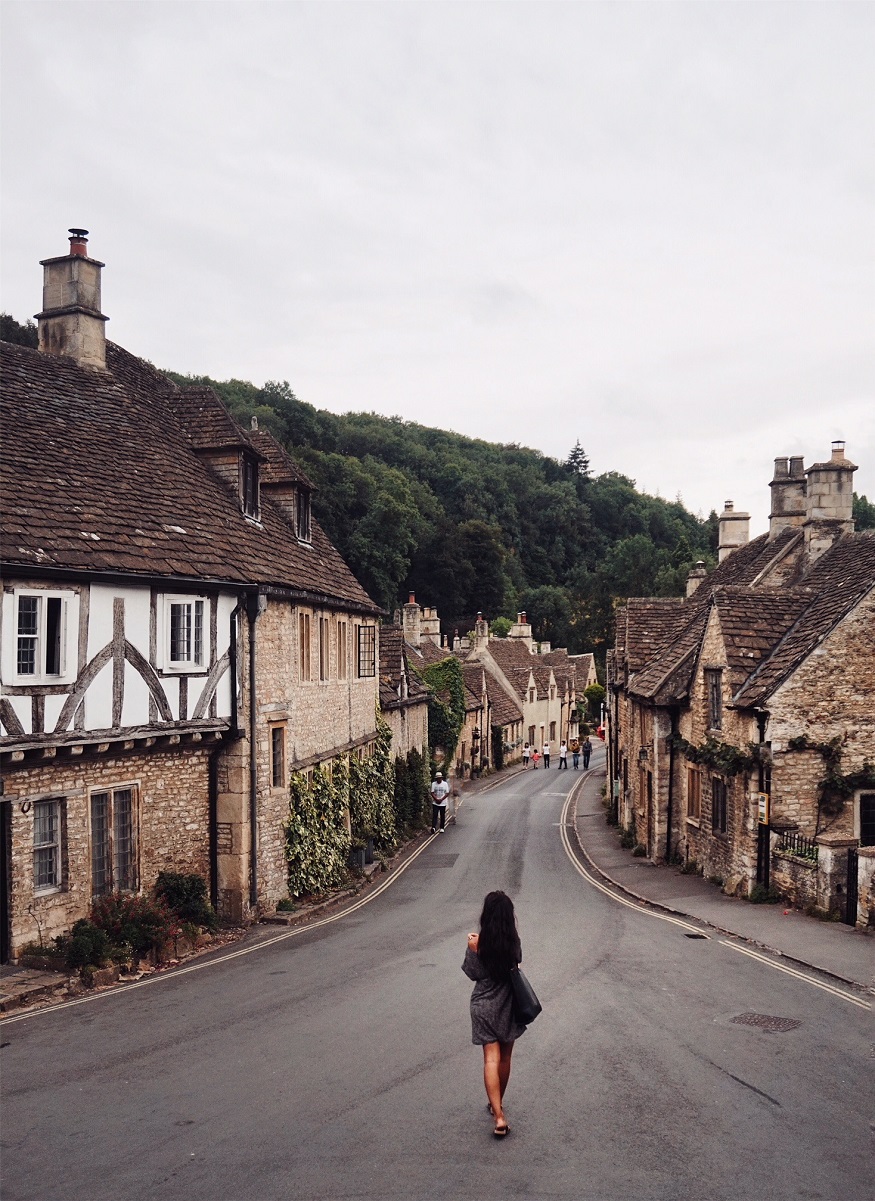 “Because more women than ever are seeing the value in it. Maybe you don’t want to go to Times Square for the umpteenth time or stand in line at the Louvre with your significant other. When you travel solo you don’t have to answer to anyone else and that’s a magical thing.” Sam @thetravelcrush 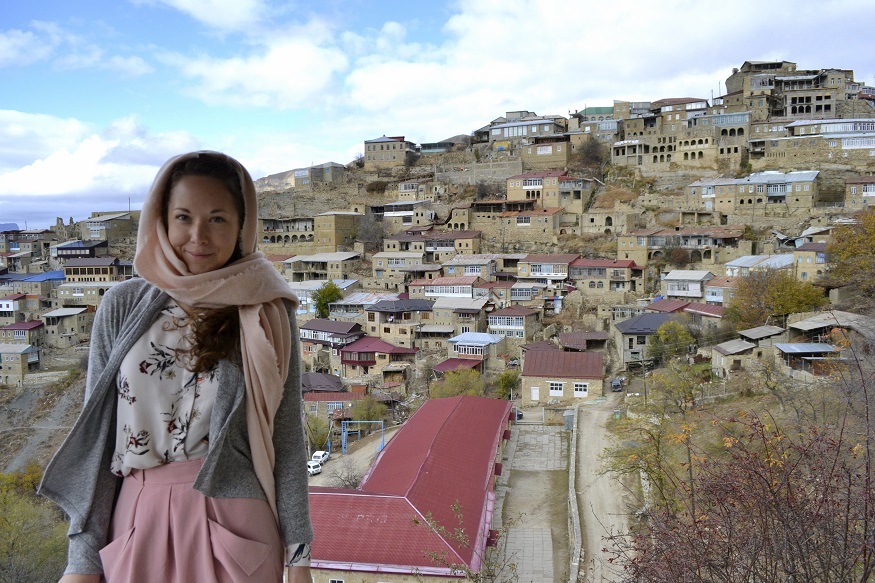 “Women decide to travel when the desire to go grows stronger than the barriers in their way. I think the desire to travel has more or less always been there – women are just actualizing it in new ways. When you realize that you won’t get to see the Eiffel Tower, walk the Great Wall, or hike the mountains of Georgia unless you just decide to do it, the things holding you back weaken.” Amy @wayfarersbook 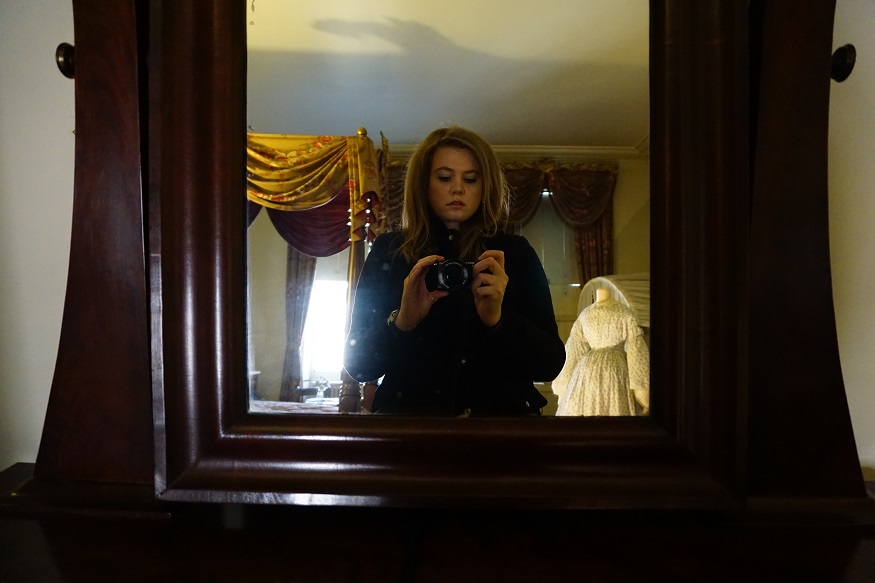 “The freedom to forge our own path while reaching our own potential is just one of the reasons I believe more women are embarking on solo travel. Additionally, emerging communities and online support systems are allowing women to encourage and support one another to reach their travel goals, especially those that can only be met alone.” Amy @Amyscrypt 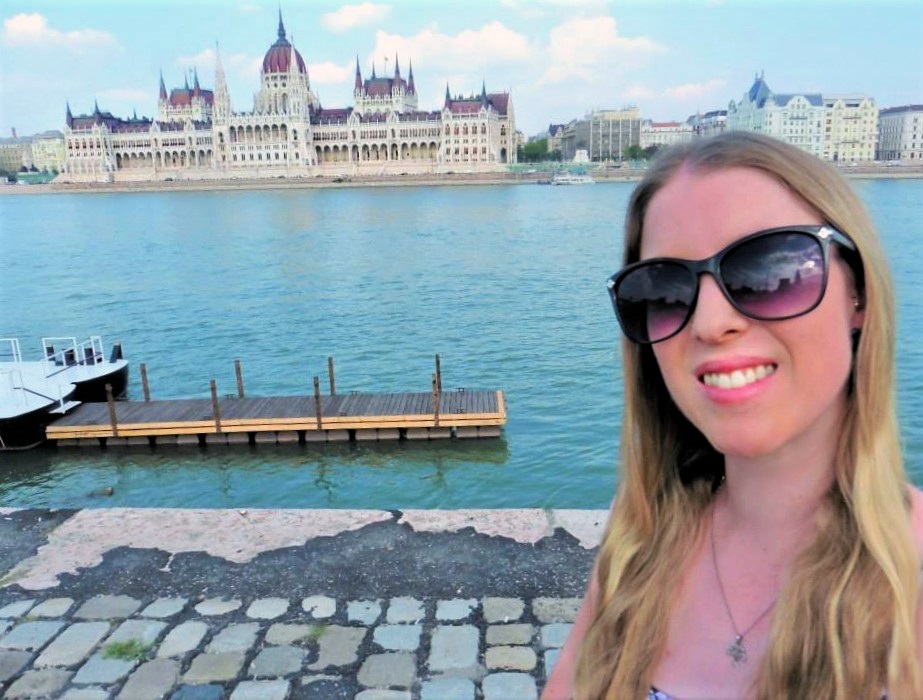 “I think more women than ever are travelling solo because it’s so freeing and empowering. We don’t have to wait on or rely on anyone other than ourselves.” Krysti @krystiJaims 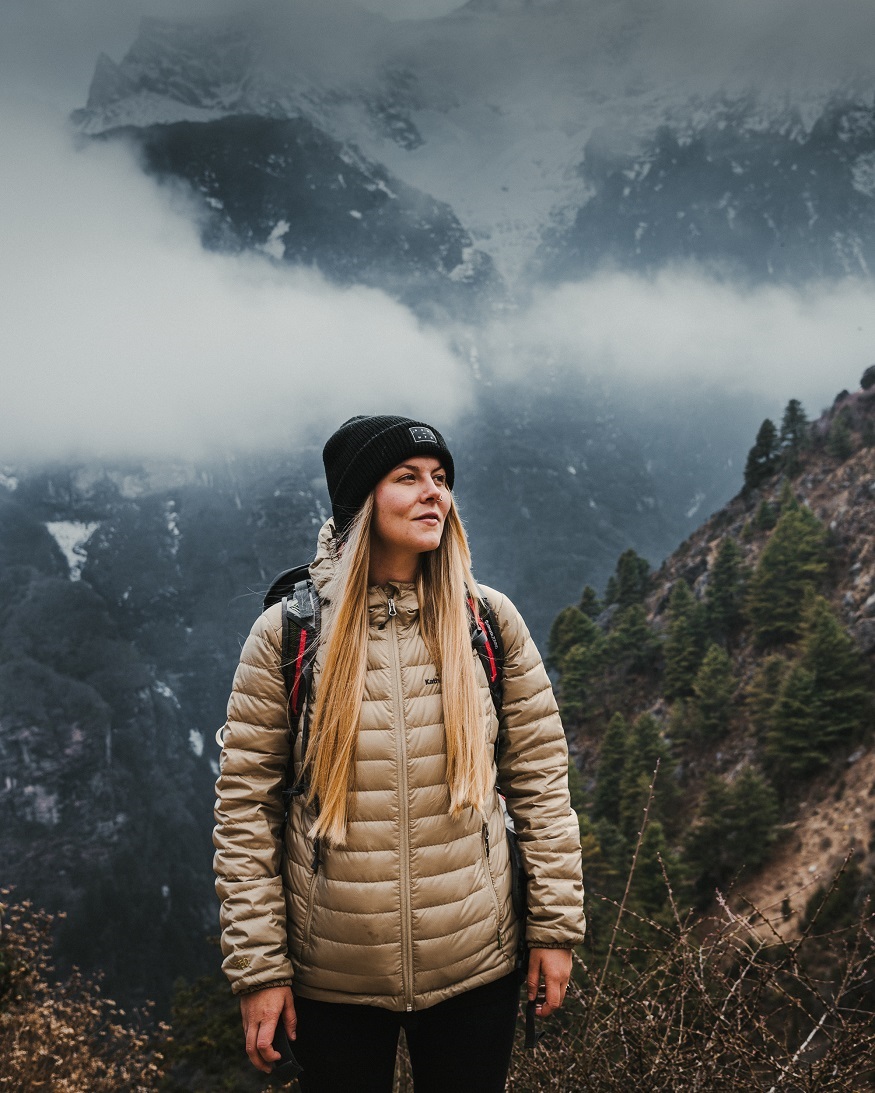 “I think more women are choosing to travel alone these days due to a shift in attitude and a change in perception. Once upon a time it was deemed unsafe for a woman to be alone anywhere in the world but now, more than ever women are proving to all that they can be alone.” Sophie @SophiePiearcey 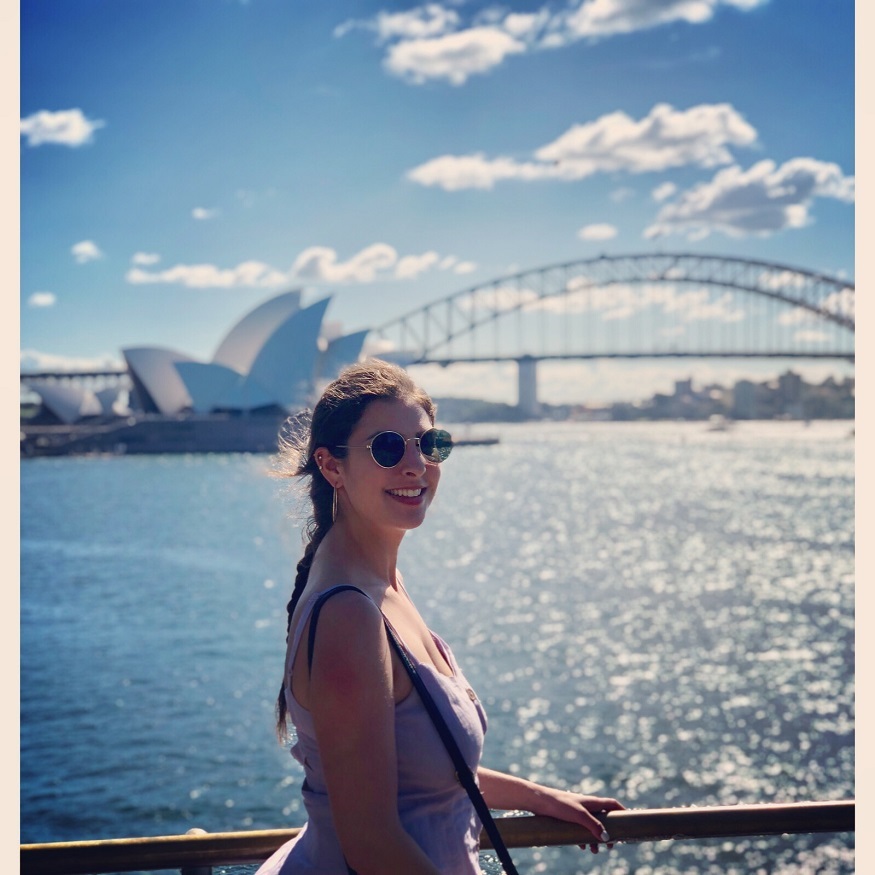 “I absolutely love that more women than ever before are choosing to travel solo. We are finally realizing we don’t need anyone else’s permission to get out there and accomplish our dreams. Looking to those who have paved the way as solo female travelers, women are feeling empowered and confident enough to recognize our own strength, deciding to experience the world for ourselves.” Sophie @theunboundedtraveler 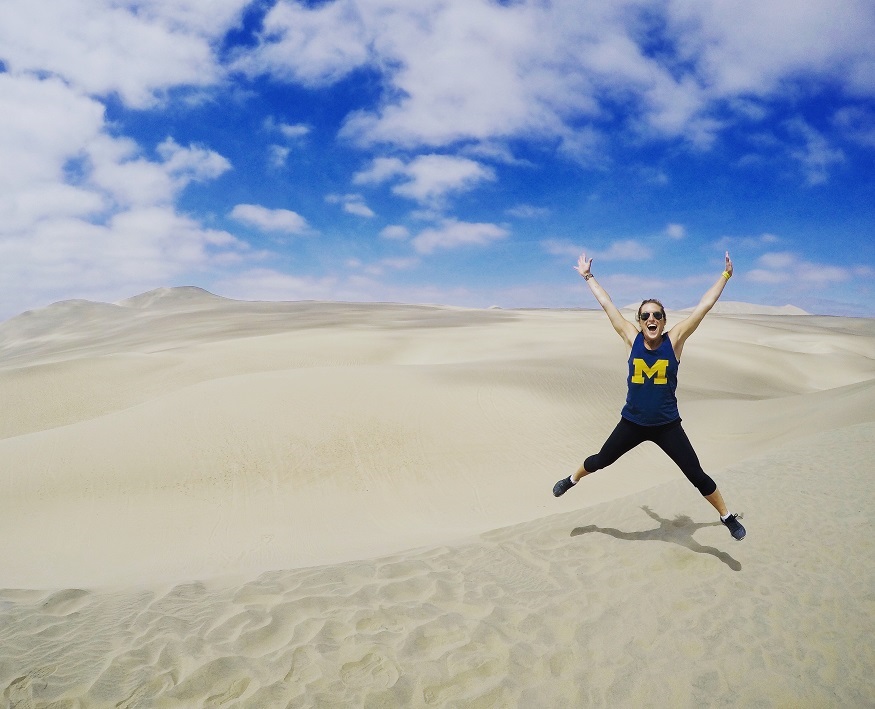 I think women are choosing solo travel now because it’s a curiously brave thing to do. It’s empowering and helps women take the reins on their own life. Marina @marinasmilestones 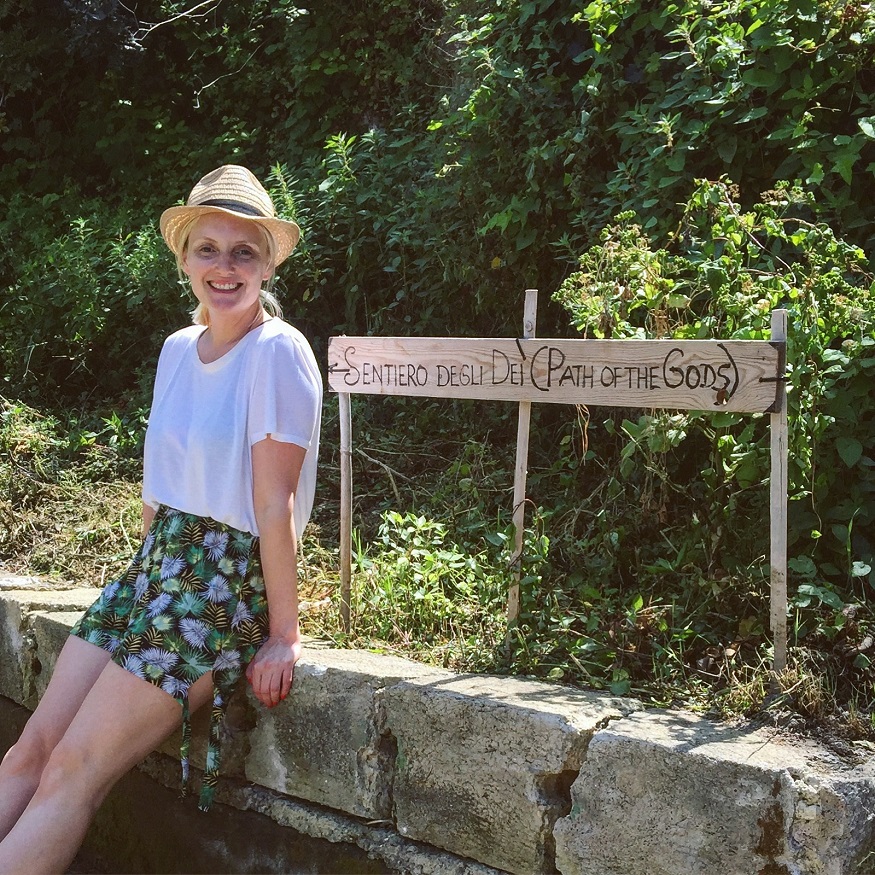 I also think that the stigma around solo travel has now gone. It’s now seen as a brave or interesting thing to do. Gemma @girlsthattravelofficial

So, there we have it – the cultural shift we are seeing, is being reflected in our travel choices. Female empowerment, liberty and independence are becoming more attainable for some women. We obviously have a long way to go, as for many women in the world travel is not an option. If you have the opportunity, take it!

Download the Hostelworld app now to start your travel wishlist!

If you’re feeling inspired to head out on your first solo adventure, have a read of these posts for some destination inspiration.