Often overlooked for Stockholm or Gothenburg, the southern Swedish city of Malmö is a lively mix of historic architecture, modern cafe culture and Scandi cool design. Sweden’s third largest city is just a quick 40 minute train journey from Copenhagen over the Øresund Bridge. These are 10 things to do in Malmö when you’re visiting this underrated gem.

1. Get oriented at Stortorget

Stortorget Square is a wide open square near the centre of Gamla Staden, the historic old town neighbourhood. On the square you’ll find the grand but reserved city hall, as well as a statue of King Carl Gustav, who brought the city back under Swedish rule from Denmark. Get lost in the surrounding pedestrian streets wandering through the old town and  Malmö’s busy shopping streets.

2. Seek out the half-timbered houses of Lilla Torget 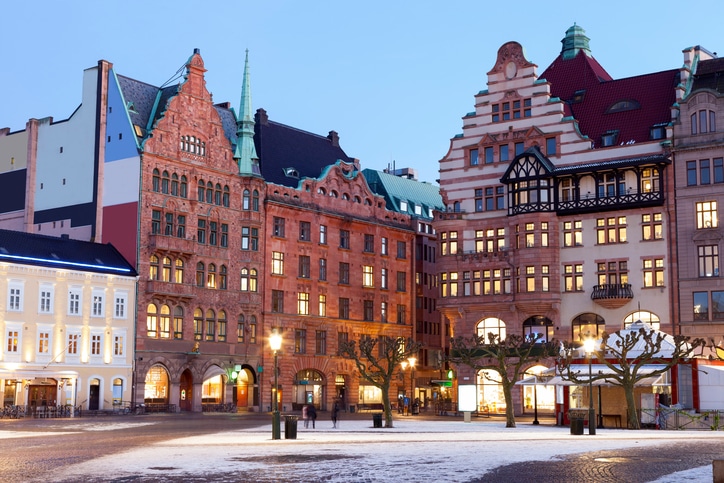 Stortorget may set the scene but you’ll need to stroll through the neighbouring square of Lilla Torget to truly feel Malmö’s charming past. On multiple sides of this little square you’ll find half-timbered houses that speak to the city’s long history. Their patchwork of bricks and timber beams stand out a mile from the modern architecture elsewhere in Malmö.

As a convenient port, Malmö was historically a vital trade city for both Sweden and Denmark, which prospered during the era of the Hanseatic League. These half-timbered buildings hark back to those days, although they now house restaurants, souvenir shops and the Form/Design Center, an art hall for Scandinavian design. 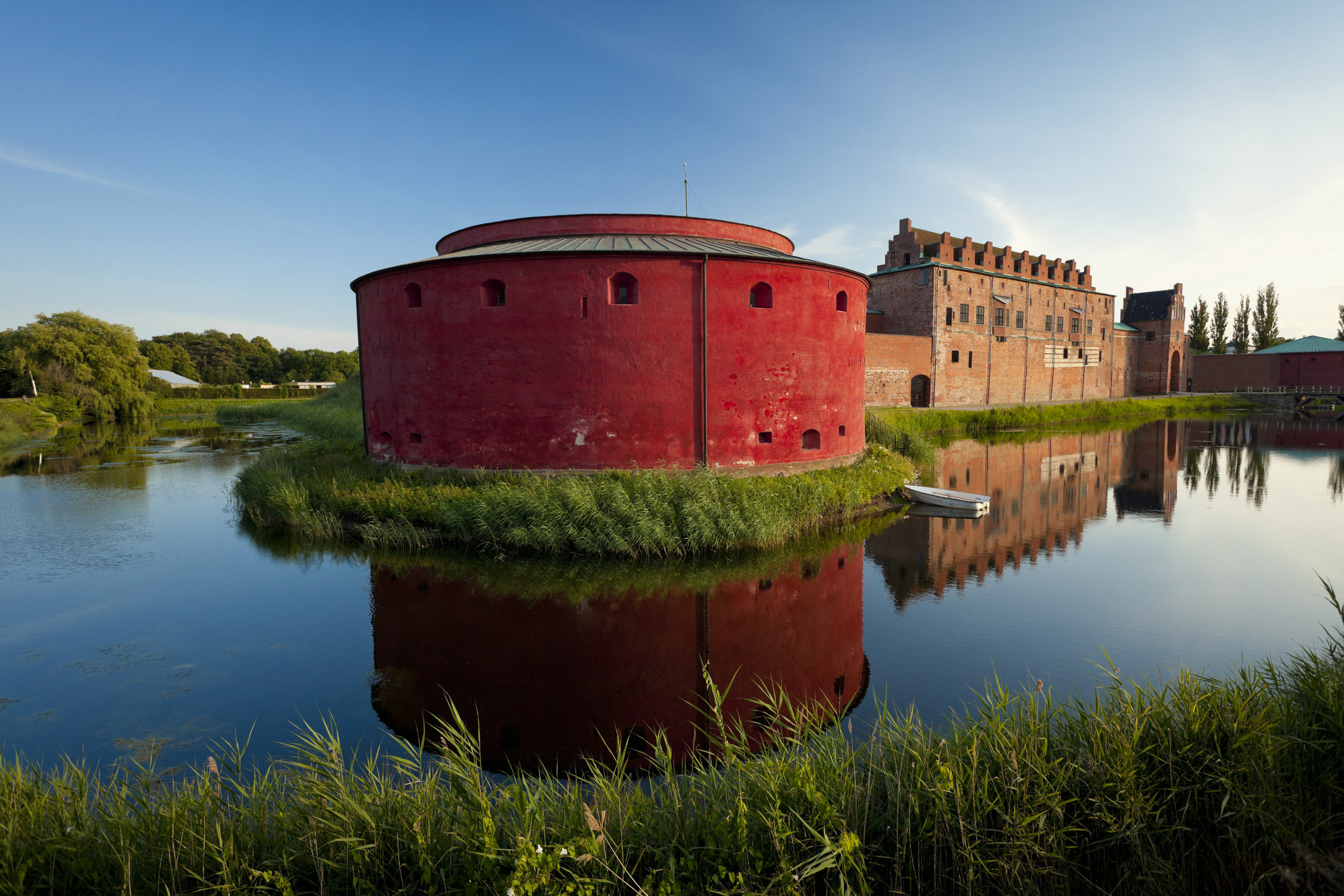 If there’s one major historic landmark of Malmö then it has to be the city’s castle, Malmöhus. Protected by a great moat, this 16th century fortress cuts quite a stout figure and is actually the oldest Renaissance castle in all of Scandinavia. Now it houses the city museum with some eclectic exhibits that include local medieval history, a WWII submarine, a section on dinosaurs and an aquarium.

4. Stroll through the Castle Gardens and Kungsparken

Extending out from the castle’s moat and sprawling south are the combined castle gardens and Kungsparken park. Taking up a huge chunk of the city, the gardens and park offer a slice of serenity with their canals, lakes, fields and even a windmill. The strikingly beautiful Castle Windmill with its dark façade dates from the 19th century.

5. Explore the waterfront for inspired views

One of the city’s modern architectural pieces is the Turning Torso tower by the waterfront. Just as its name suggests, this tall tower looks as if a giant has wrung it out like a towel. Built in 2005, the tower rotates a full 90 degrees from bottom to top.

One of the best vantage points for the tower is actually in the waterfront area of Västra Hamnen (Western Harbour) at the foot of the tower. you’ll find plenty of cafes and restaurants as well as a view of the Øresund Bridge.

6. Head to the Ribersborg Beach 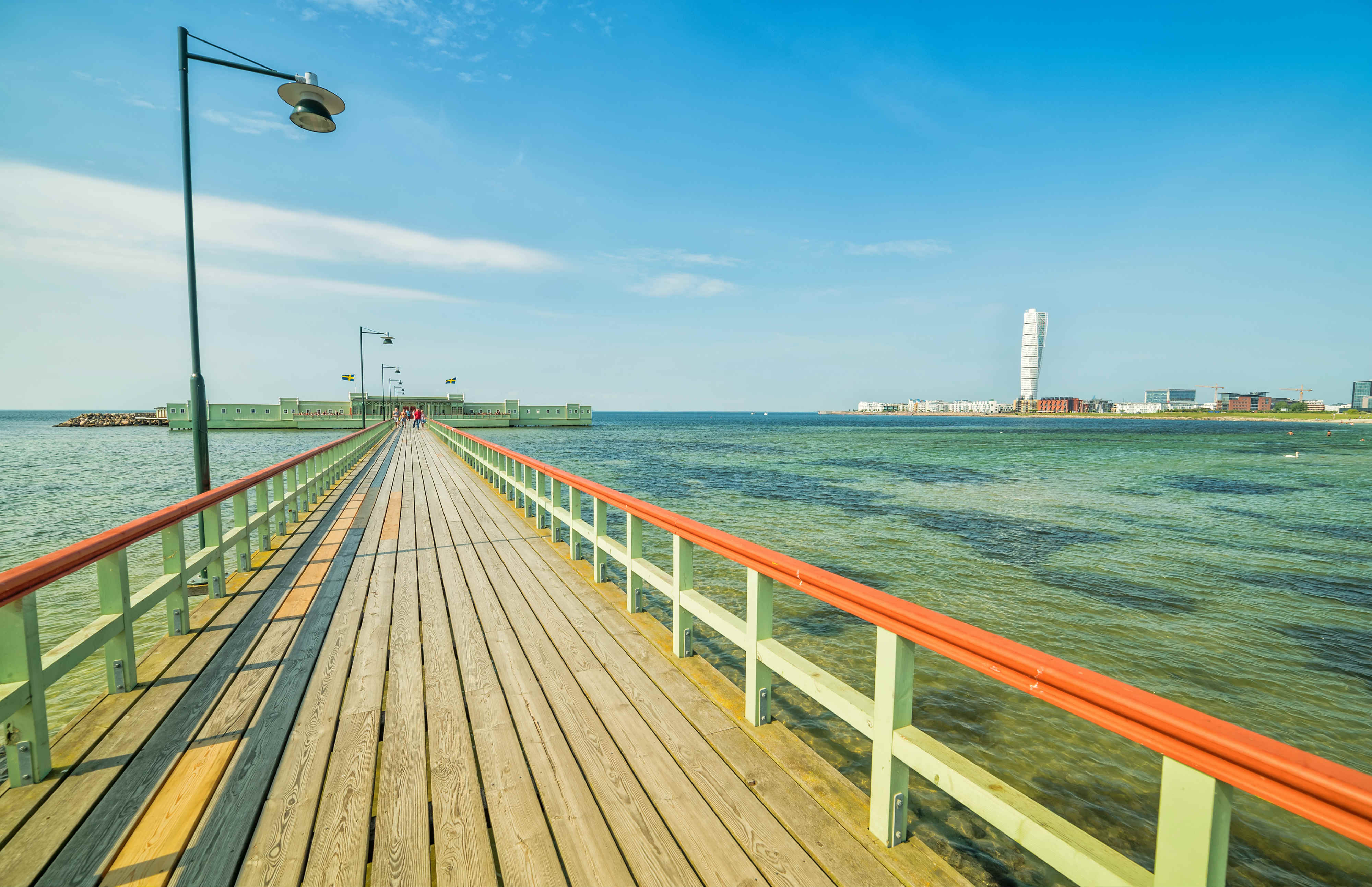 If you’re craving some time by the beach or a spot to view the Turning Torso, the beach at Ribersborg is only a few kilometres from the city centre. Broken up by several piers and backed by a large park, the sands of the Ribersborg beach is very busy during summer.

7. Gawk at the Malmö City Library

Malmö’s City Library is part historic building, part modern marvel. Inside, you’ll find a huge wall of glass windows that look out towards the Kungsparken. Whether you’re there with your head in a book or looking up at the room around you, you’ll be inspired.

Try the classic Swedish dish of Pyttipanna, a fried hash of potato, onion, minced meat, beetroot and  fried egg. Whether its freezing, you’re hungover or looking for something not pickled, always say yes to Pyttipanna. In Malmö, Moosehead Bar is a solid bet.

Located by the waterfront just across from the train station, this art installation of a gun with a knotted barrel is a compelling statement.

10. Take a trip to the university city of Lund

If you have the time, the nearby university city of Lund is definitely worth a visit. Lund is mostly known for two things: it’s stunning Gothic cathedral and it’s university. Only a 10 minute train trip from Malmö, it’s full of cobblestone streets, low brick houses and has a buzzing student atmopshere.

David has a passion for writing about lesser-seen, quieter pockets of the world, particularly throughout Europe. With a love for historic old towns and great hikes, he enjoys encouraging others to look further on his travel blog.