Halloween is nearly here and to celebrate we have picked out some of the spookiest places on the planet that are famed as being, well, not entirely populated by the living! From old prisons to abandoned asylums to creepy old houses, read on for 16 of the most haunted places in the world…if you dare! 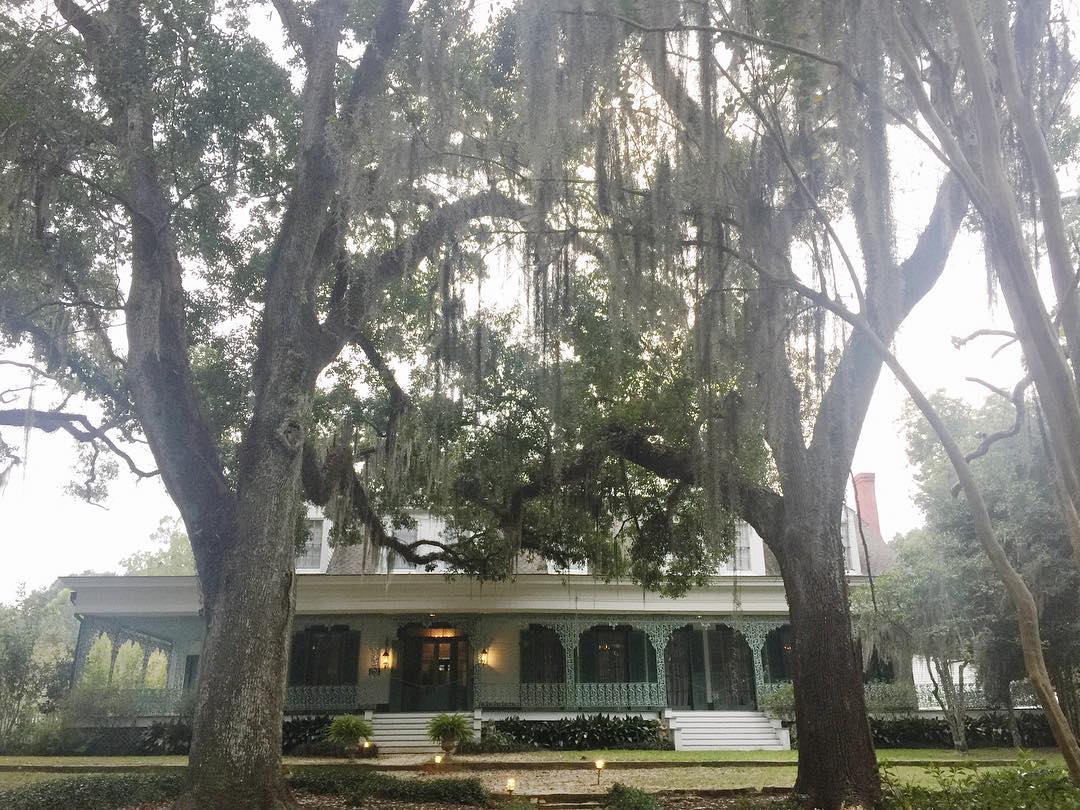 Rumoured to be built on the site of an ancient Indian burial ground, the Myrtles Plantation has been dubbed ‘one of America’s most haunted homes’. Legend has it that 10 murders have occurred in the house. The ghost of a former slave in a green turban has been sighted, as well as a haunted mirror which supposedly holds the ghosts of Sara Woodruff and her children who previously lived in the house. Equally as spooky is the apparition of William Winter, who was reportedly shot on the front porch. His ghost, writhing in agony from the gunshot wound, has been sighted crawling up the stairs and disappearing into thin air at the 17th step…spooky enough?! 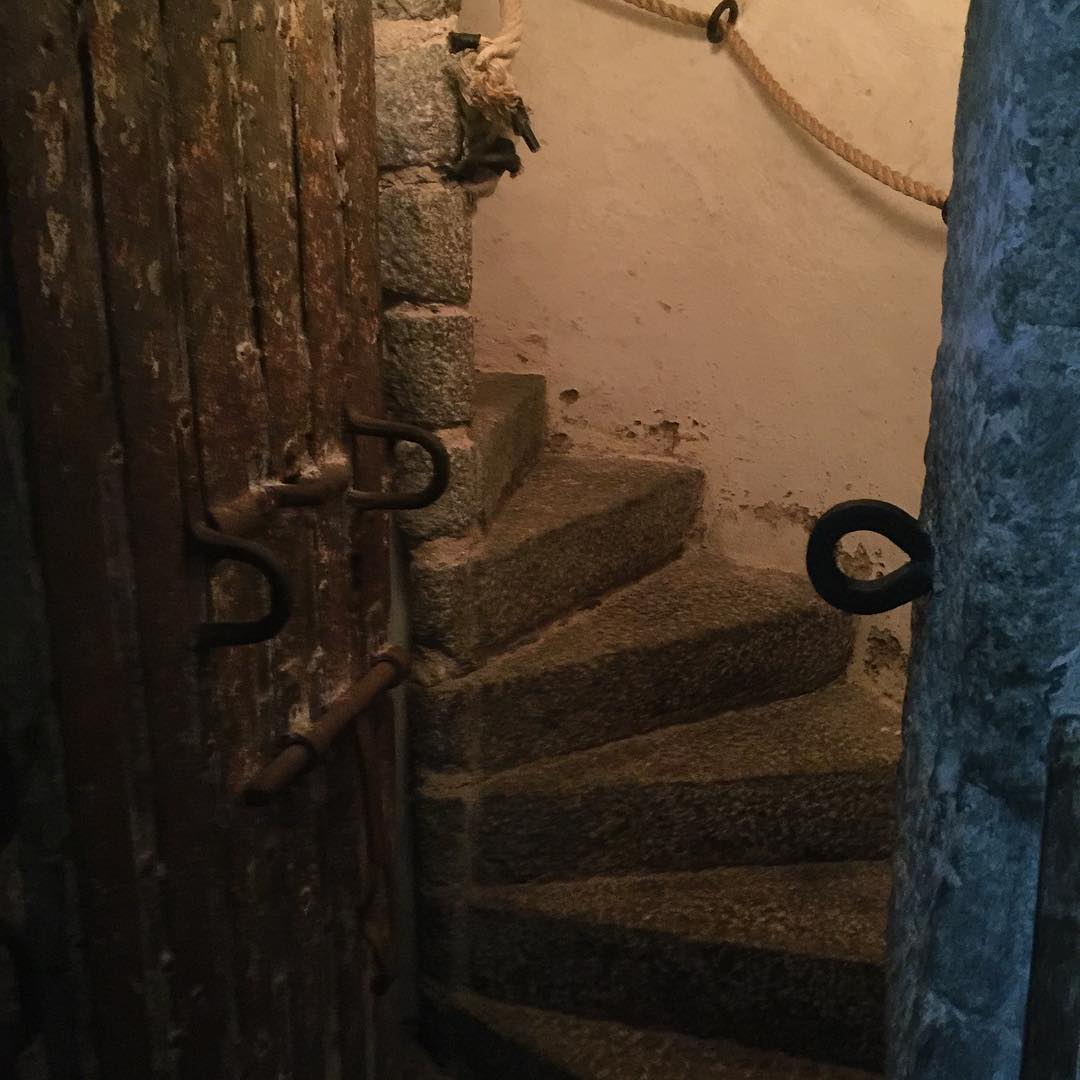 The Tolbooth in Aberdeen has a dark past, first as a prison to house members of the Jacobite revolution in the mid-1700s, and then to hold kidnapped children who were sold into slavery in the American colonies. Among the stories of paranormal activity are the sounds of rattling chains, sightings of mysterious white mist, and a tight feeling around the necks of visitors. 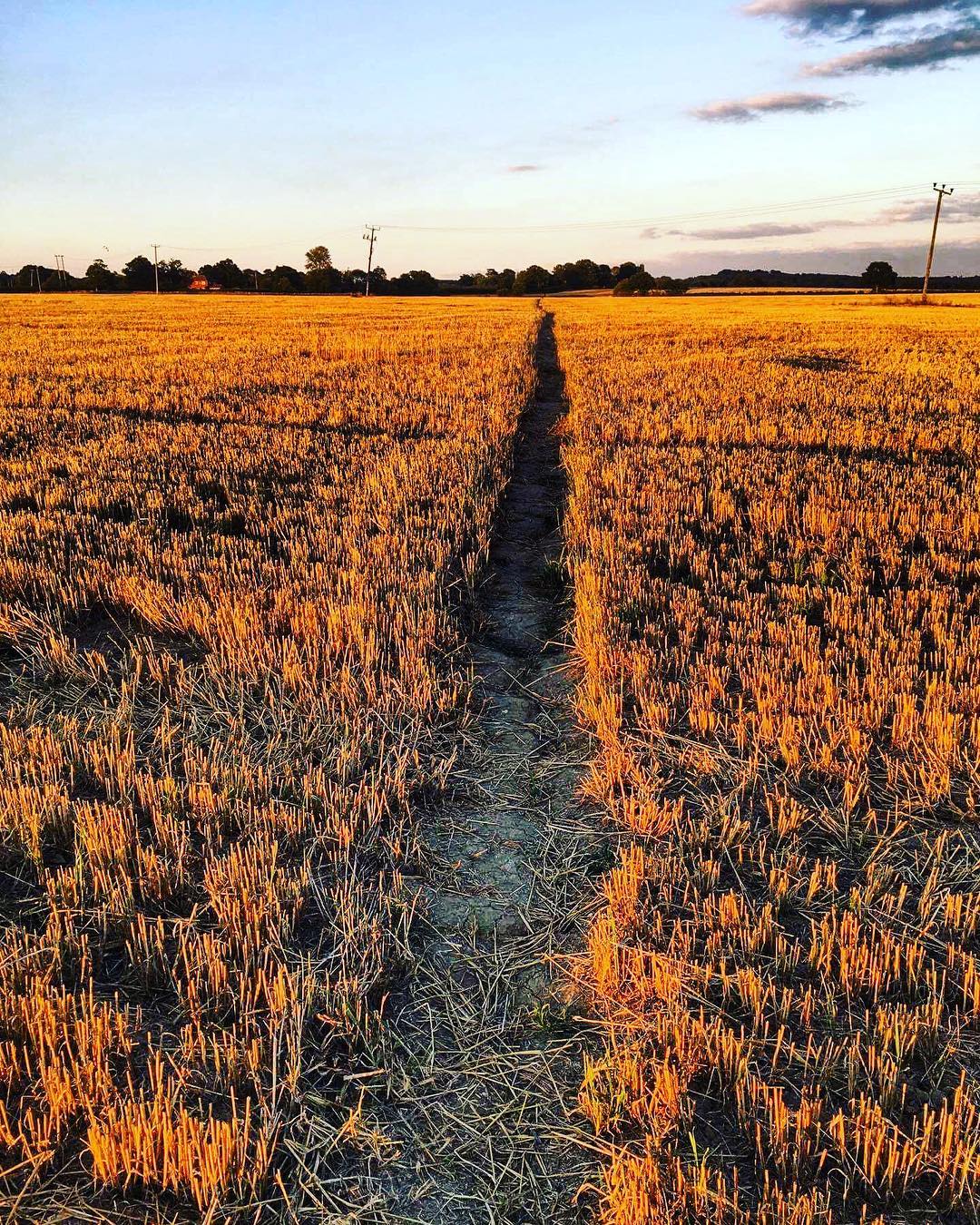 This village in Kent was once crowned the most haunted village in England by the Guinness Book of World Records, with an estimated 12-16 ghosts. There’s a highwayman who was stabbed with a sword and pinned to a tree and is said to haunt an area with the fitting name of ‘Fright Corner’. Look out for an apparition named The Red Lady who haunts the churchyard after dark. 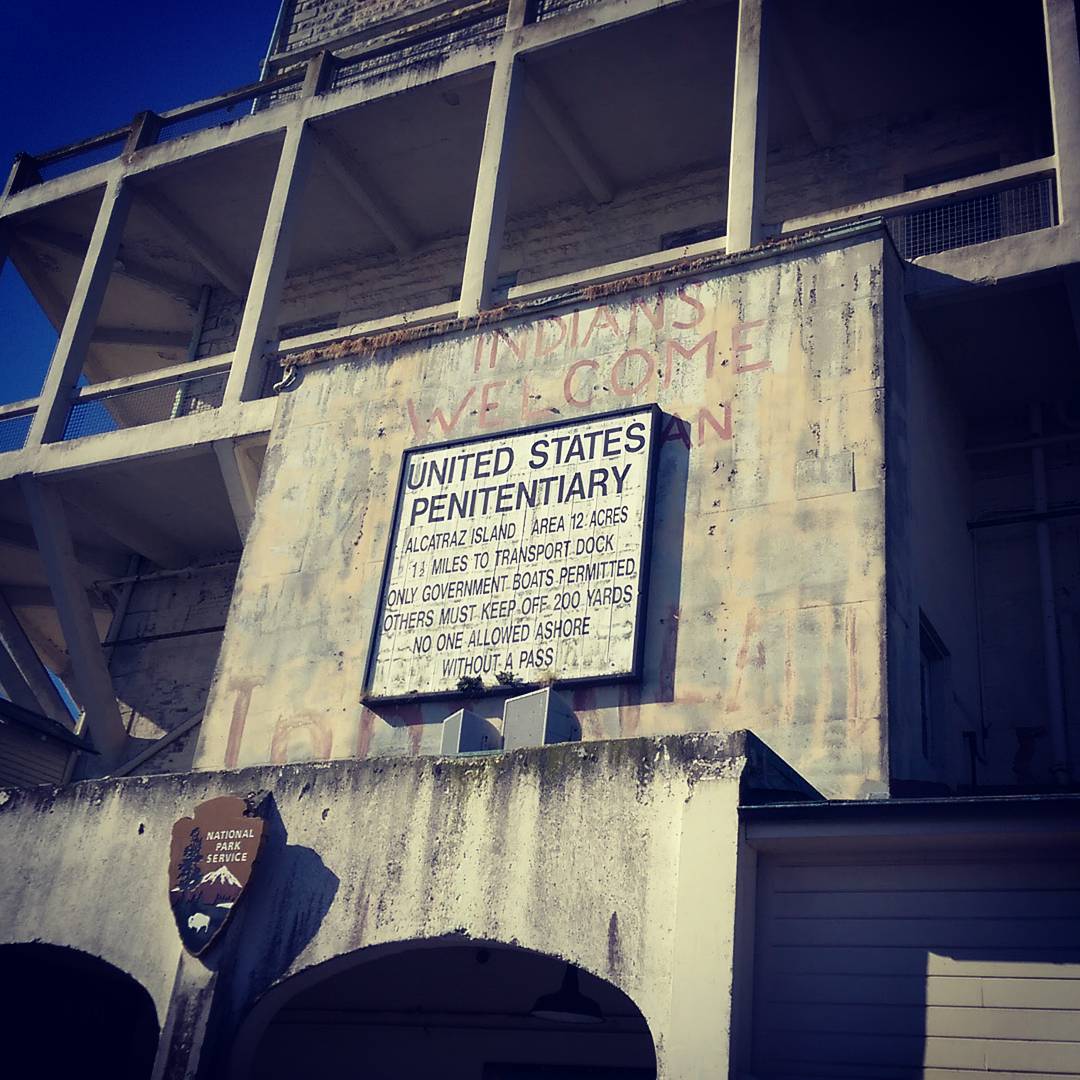 The infamous home to some equally infamous prisoners, including mobster Al Capone, Alcatraz has had reports of paranormal activity from visitors, former prisoners and guards. Leon ‘Whitey’ Thompson, a former inmate who later conducted tours of the prison, was waiting for a tour group in the 1980s when he claimed he saw a large, looming figure at the end of “Michigan Avenue”, and swore it was the ghost of an inmate he had been friendly with called Johnny Haus. Other visitors have heard crying and screams, and recently the figure of a woman was snapped through a cell window by holidaymakers in San Francisco. 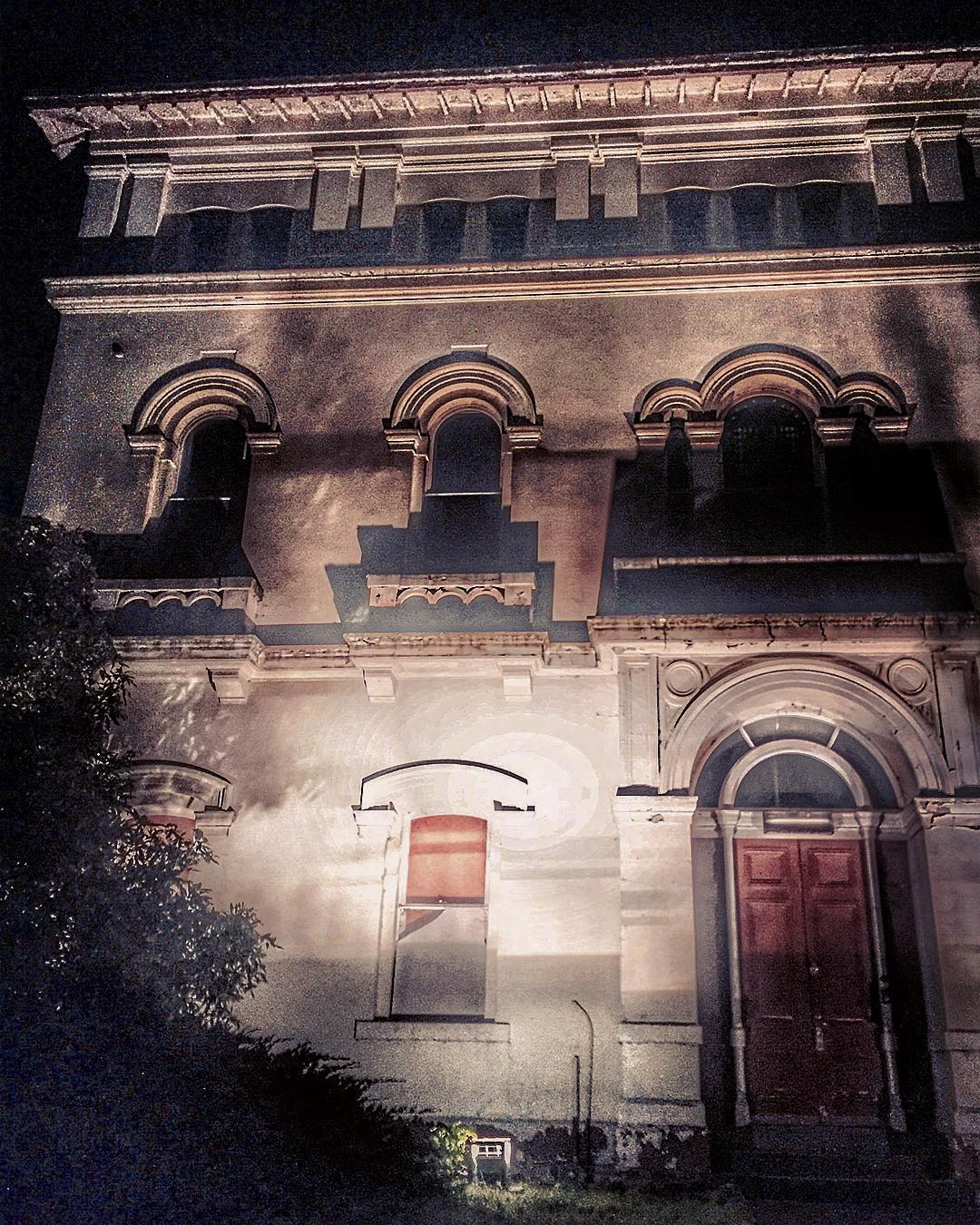 A ‘village within a village’, the Aradale Asylum is a huge complex that opened in 1867. Over 13,000 people were estimated to have died there, and not always due to natural causes. Tours of the site mention the ghost of Nurse Kerry who is supposed to haunt the women’s wing. The visitors have shared tales of unexpected sensations, being touched, feeling cold, drafts running through the building for no apparent reason and loud bangs from parts of the building that are unoccupied. 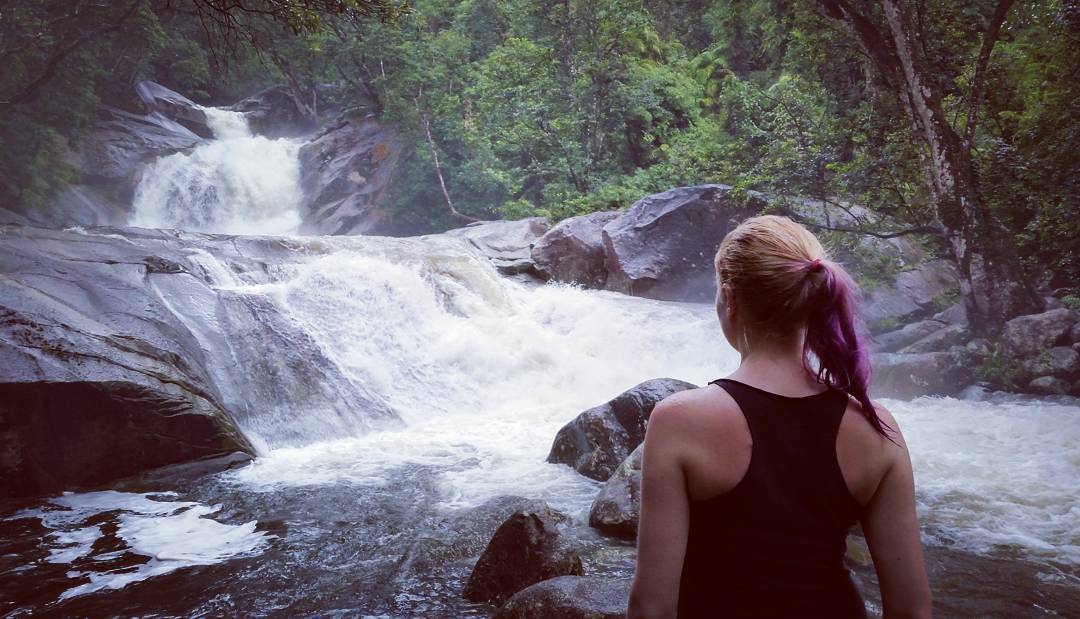 A natural pool nestled among boulders, Devil’s Pool is thought to have been cursed by an Aboriginal woman who tragically drowned herself after her lover was taken away from her. Since 1959, is has been estimated that 17 people have drowned there from falls or slips, or getting caught in the fast flowing currents that can trap people in ‘rock chutes’. 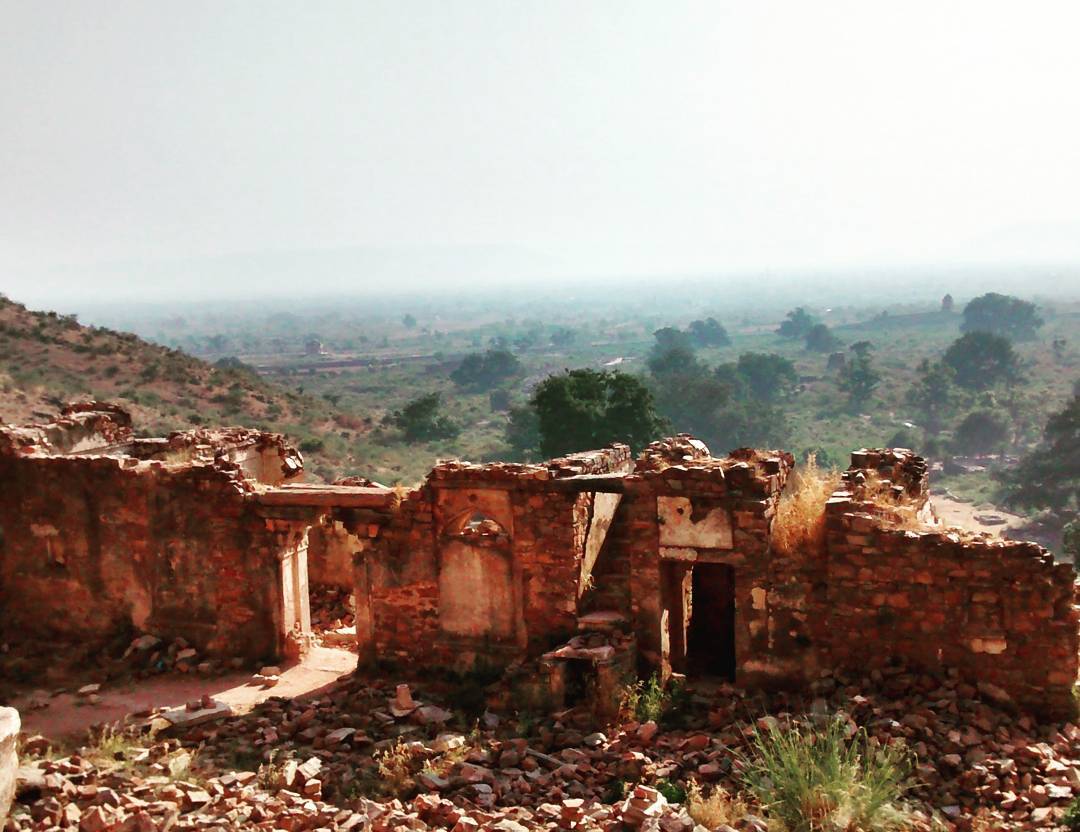 Also known as ‘Bhoot Bangla’ (the Fort of Ghosts), Bhangarh Fort was a small city made up of temples, gates and palaces at the foot of a mountain before being abandoned around 1783. There are two stories that explain the fate of Bhangarh: a curse from a holy man who forbade the height of the buildings to be taller than his own. When one building cast a shadow over his own house, he is said to have cursed the entire town. Another story is of a wizard who was in love with the Princess of Bhangarh. When the princess foiled his spell to make her fall in love with him, the bitter wizard put a curse on the city. Today, it is said that anyone who enters the city at night will never come out again, and paranormal activity is thought to be concentrated around the Dancers’ Haveli (Dancers House) and Jauhari Bazar (Marketplace). 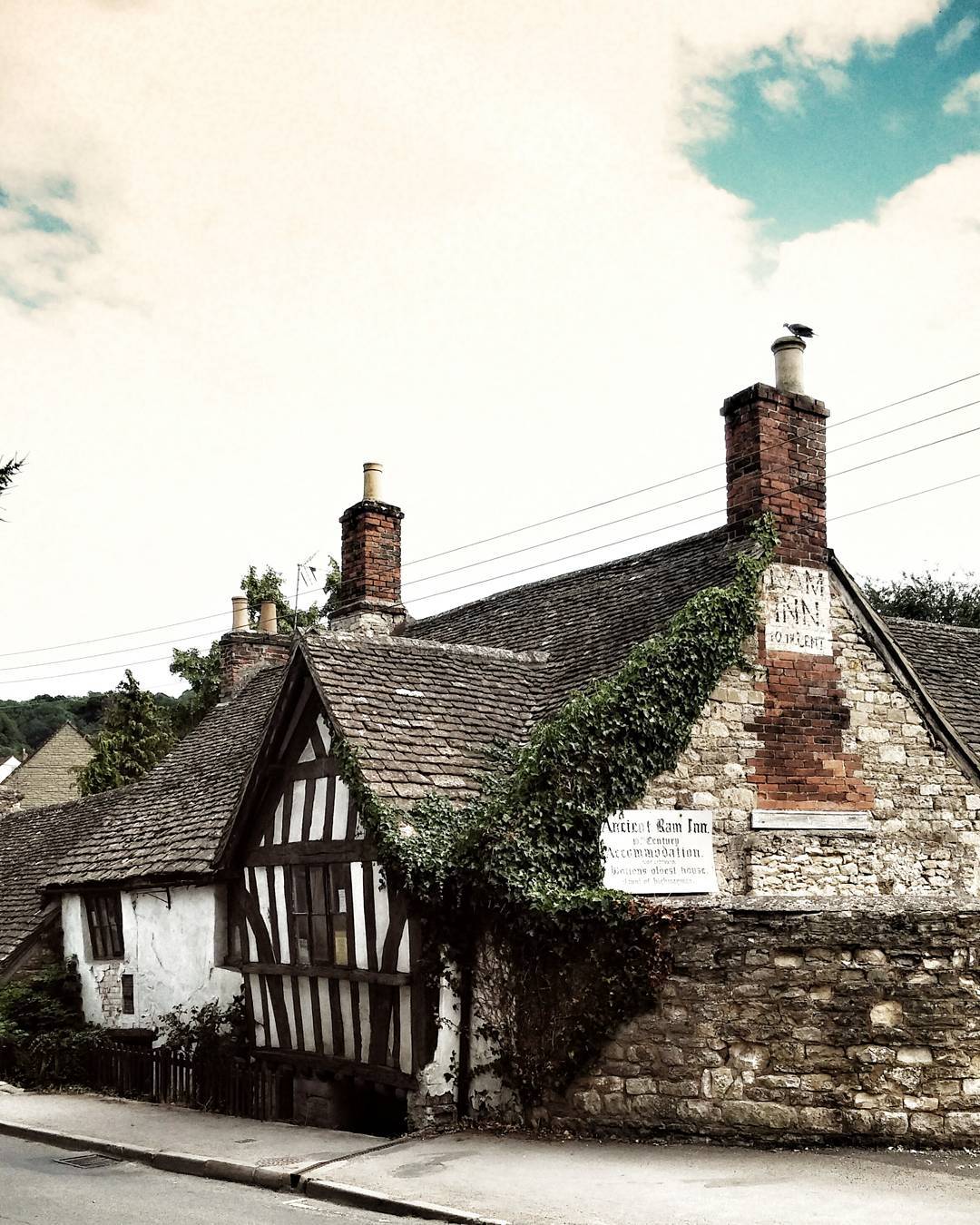 This restaurant and hotel was built in the 1100s and has regular guests lining up to be terrorised by screams and moving furniture. The current owners of the property believe that it is built on a former Pagan burial ground where children were sacrificed. Caroline Humphries, who has lived in the house for over 30 years, is used to the sight of guests fleeing from visions of a little girl, the cries of children and sensations of being pushed down onto the bed by a male demon. 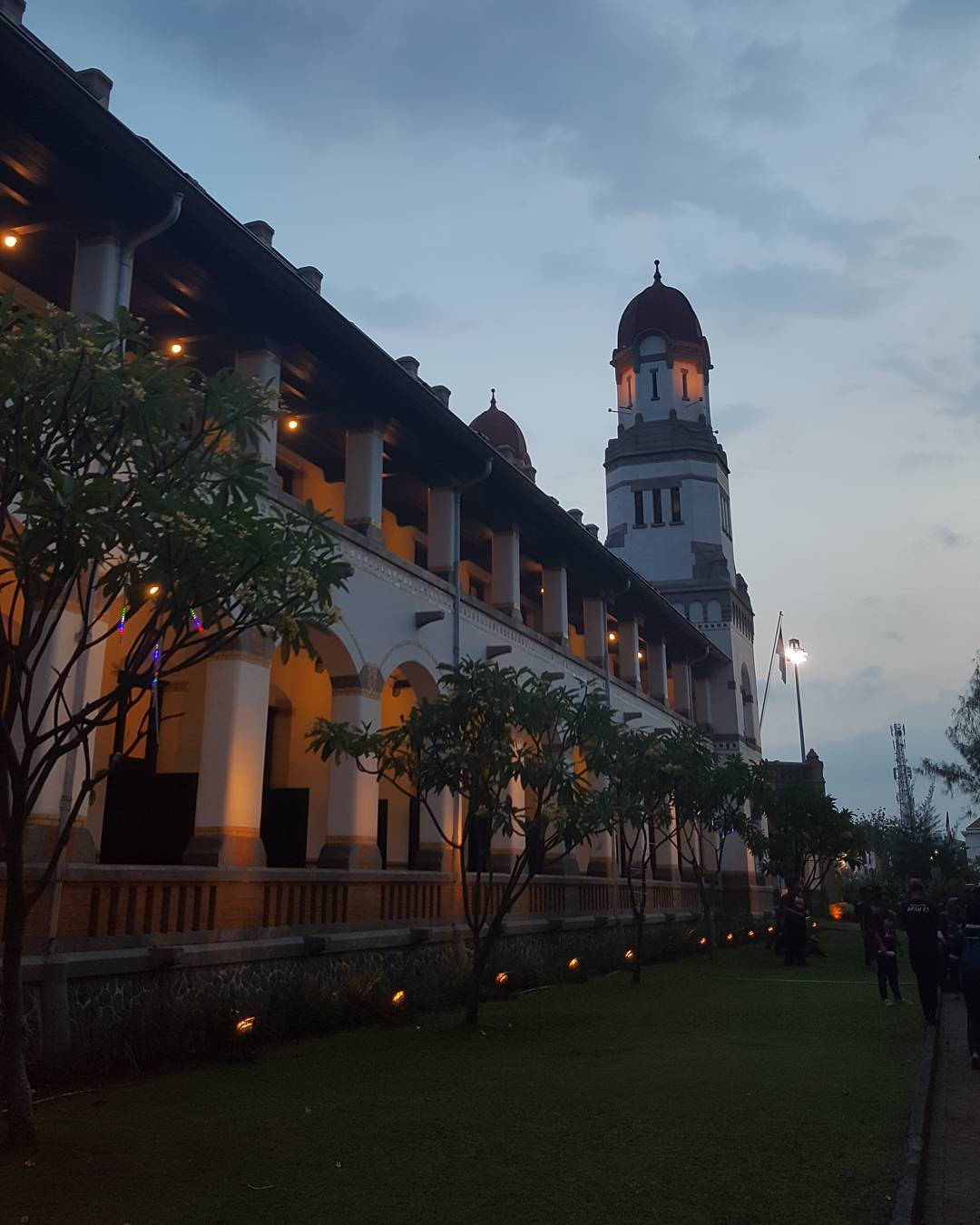 The name Lawang Sewu is Javanese and means “thousand doors”, in reference to its architectural design.  Like the Penang War Museum, it was also taken over by the Japanese in World War II and converted the building into a prison and the basement of building B was used for executions. The ghost stories that people visit this place for include a ghost of a young Dutch woman who was said to have committed suicide in the building, headless ghouls walking about, and a kuntilanak (a vampiric ghost in Indonesian and Malay mythology). 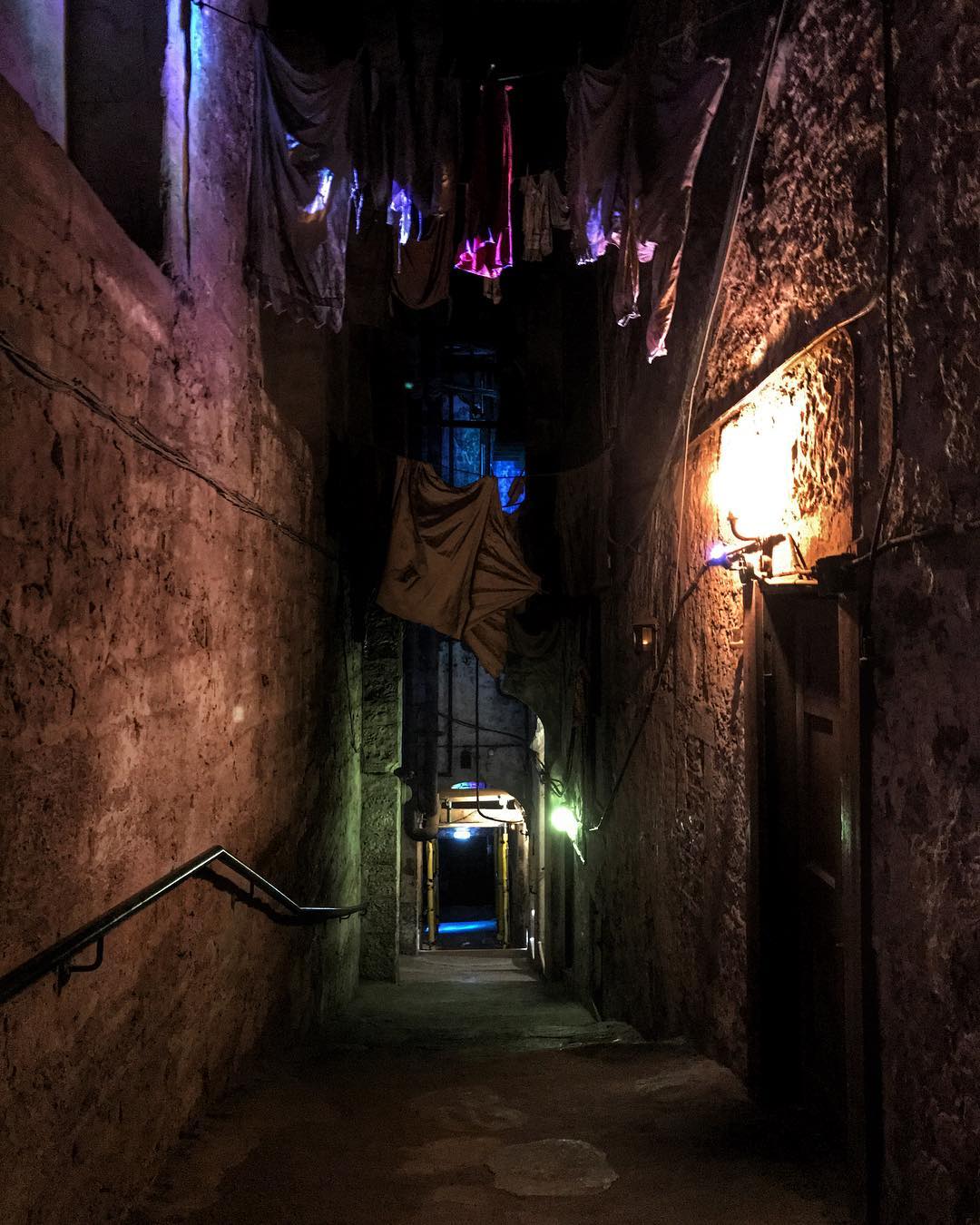 Under the Old Town of Edinburgh is a warren of small tunnels and alleyways that where traders would hawk their wares here for people in the Old Town in the 1600’s. Being so packed, when plague came to Edinburgh, the close was especially affected. After being abandoned, it was sealed from the public in the 18th Century and the stories of haunting began. Nowadays the Close can be visited by guided tour. A tour guide has reported dozens of instances where tourists have felt unwell, a hand grabbing at them, or sudden chills; the same guide even had an instance of a coin or small metal object being thrown at a tour guide as he was leaving a room! 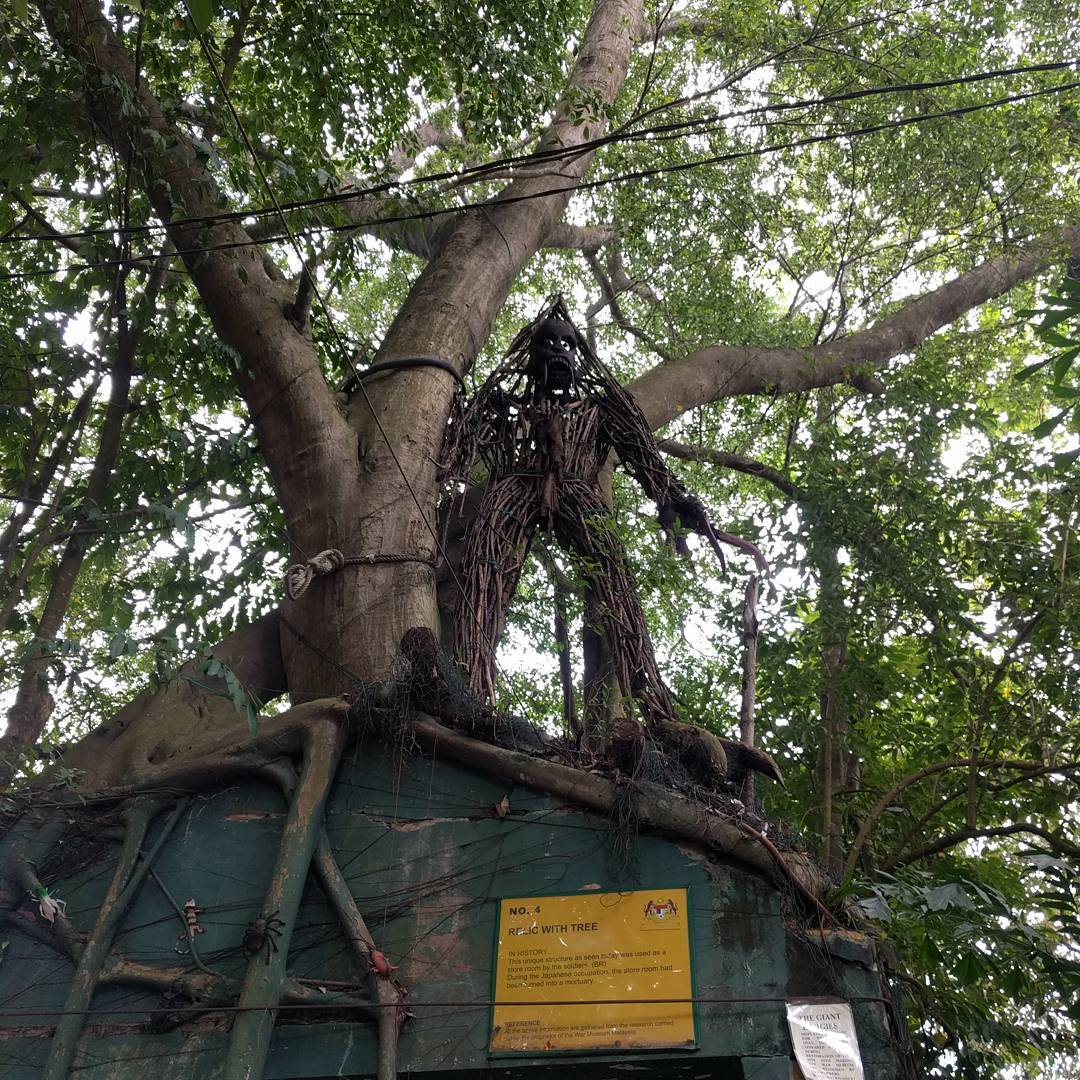 Listed as one of Asia’s most haunted sites by National Geographic, Penang War Museum is known locally as Ghost Hill. It was built as a defence fortress in the 1930s and used by the British until the Japanese invaded in 1941. From then it became a prison for enemies of the Japanese and was the site of torture and beheadings. It’s said that a particularly cruel Japanese officer is one of the ghosts that wanders the site. 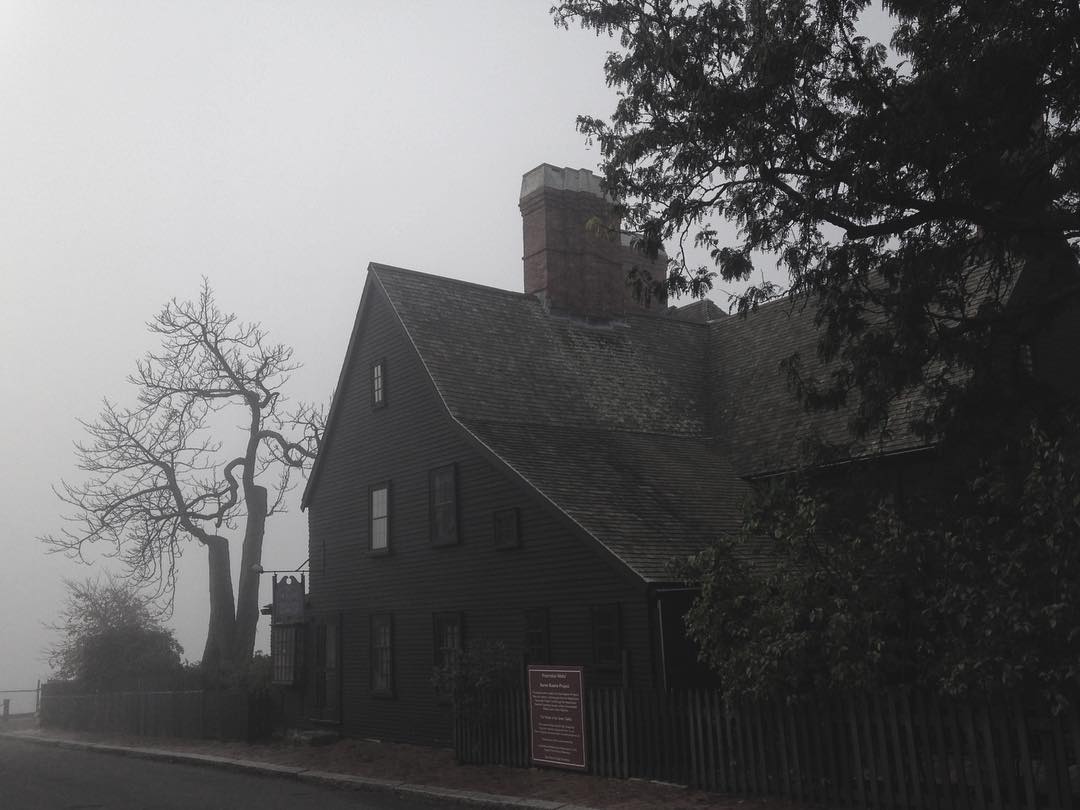 Salem is of course the site of the infamous Witch Trials where 20 people, mostly women, were hanged for consorting with the Devil and casting spells upon the towns children. Bridget Bishop, the first woman to be hanged, is thought to haunt the Lyceum Bar and Grill, which is built on the site of an apple orchard that she had owned. Another notorious figure in the trials was Giles Corey, a wealthy farmer. As the property of the guilty would be divided up amongst the rest of the townspeople, it is now believed that Corey was a target because of his wealth. Witnesses have reported seeing his angry ghost around the city’s oldest graveyard, the Howard Street Cemetery.  The House of Seven Gables has also been the site of paranormal activity, with a general oppressive atmosphere, as well as a rocking chair that has appeared to move by itself. 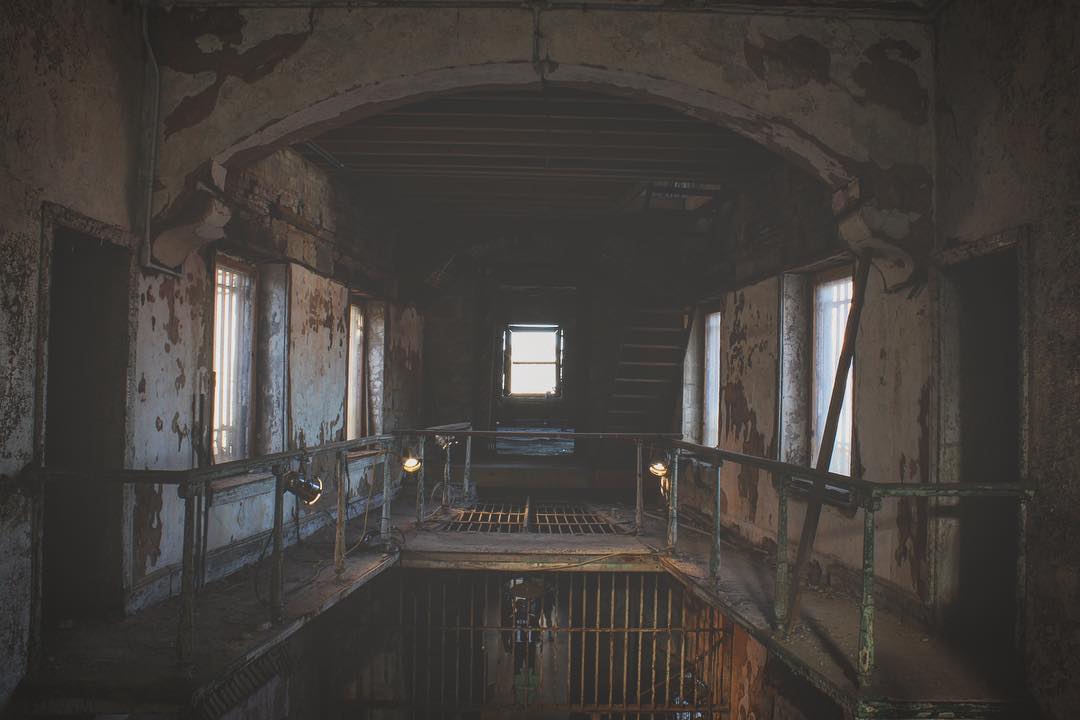 Eastern State Penitentiary has appeared on several paranormal programmes and has had countless ghostly reports from visitors. Previous prisoners were made to wear sacks over their heads by guards and many kept in isolation, which is thought to have caused madness in some of the unfortunate prisoners held there. Some visitors have heard crying from the cells and seen ghosts of prisoners, still wearing sacks over their heads… 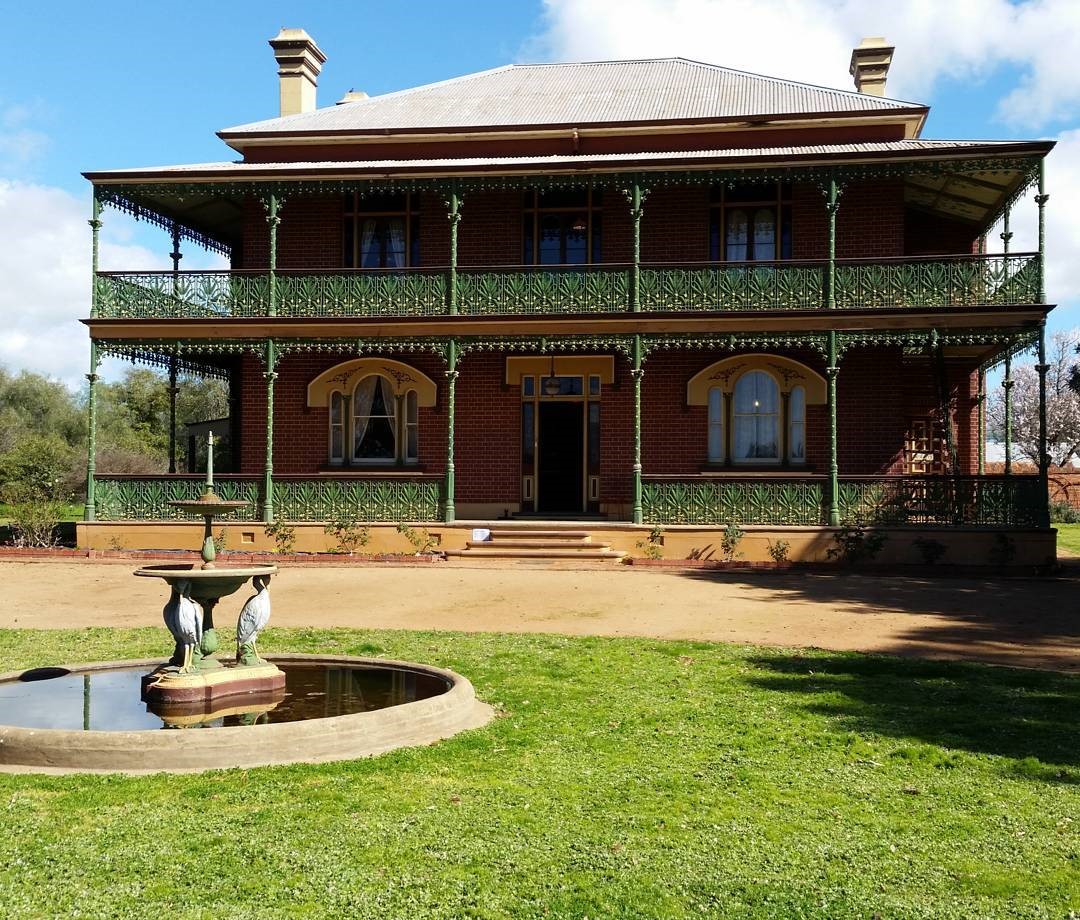 This haunted building has experienced a multitude of scary happenings. It might look innocent enough, but once you enter it’s a different story. Strange and tragic events include a baby who was thrown down the stairs allegedly by supernatural forces, a stable boy burnt to death, and a pregnant caretaker who was pushed or fell over the balcony. It’s also believed to be haunted by Christopher and Elizabeth Crawley who used to own the property. 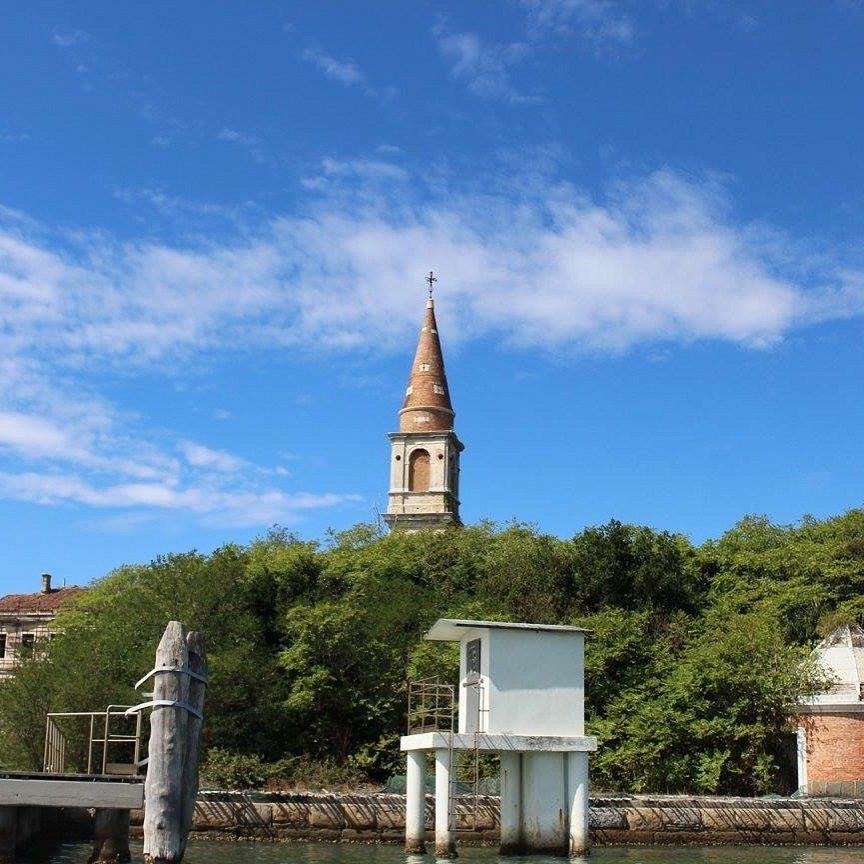 In Poveglia in 1348 the Bubonic Plague arrived – this island became an exile for those who had the symptoms and they were more or less sent to die there. There was also an asylum on the island for the mentally ill where doctors performed strange experiments. Allegedly 50% of the soil is human ash, due to the amount of people who were burned there, and the chimes of the bell can still be heard when visiting the island according to the locals. 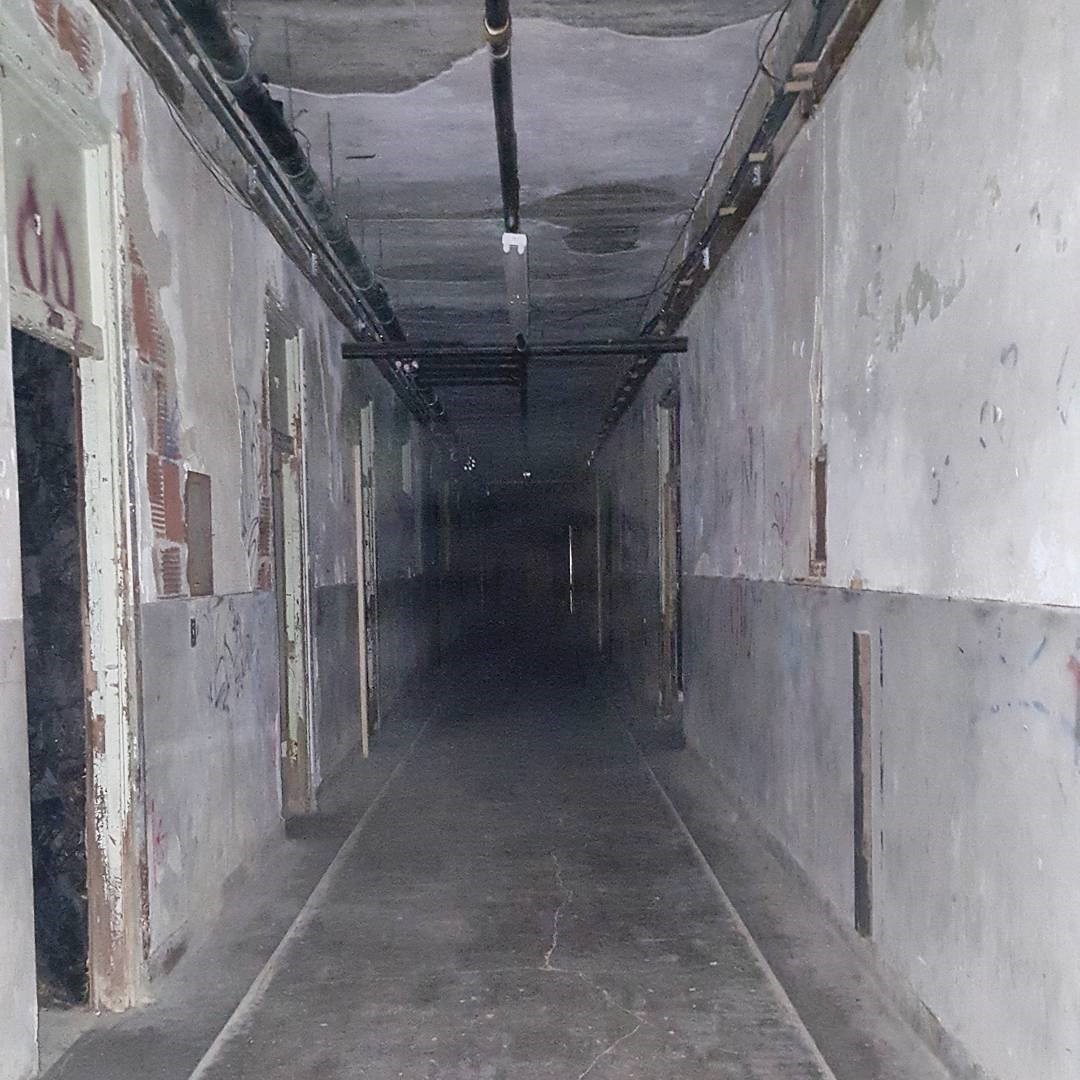 After America was plagued by the “white death” (tuberculosis) a hospital was built. Bodies left the hospital through a chute to the bottom of the hill and there are reports of a mysterious figure seen roaming the halls, an elderly woman bleeding from her hands and feet, and a little child peeking round corners.

Have you visited any of the most haunted places in the world? Tell us your horror stories in the comments below!