Prague is one of Europe’s crown jewel cities. It has served as a political and cultural hub in Europe throughout its rich history, and just walking around its old streets helps transport you back to a more romantic time. Anyone trying to experience Prague properly would probably need a considerable ammount of time, but if you’re a budget conscious traveller who’s looking to get the most out of the city on a shorter time frame, we’ve got you covered. Here’s how to properly spend 5 days in Prague:

Day 1  – Charles Bridge and the castle 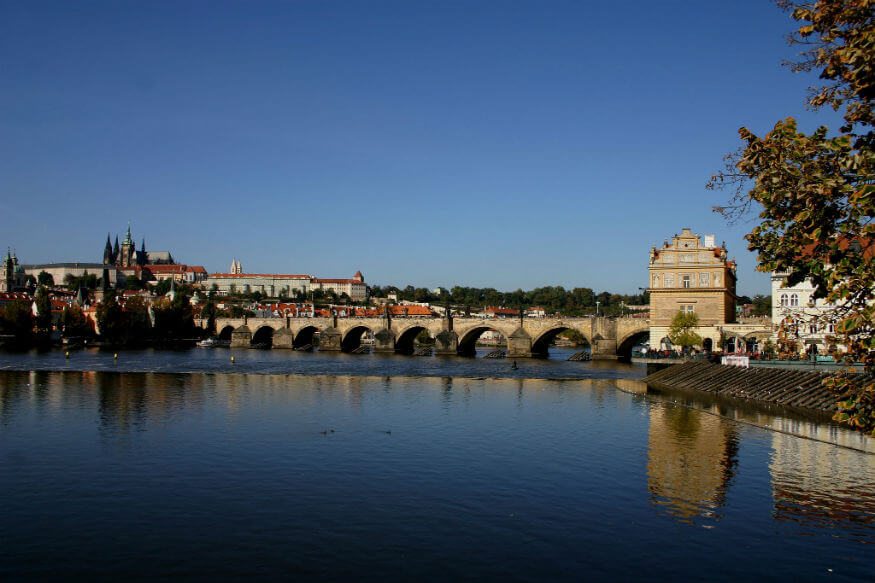 The best thing about Prague is that pretty much everything is accessible on foot. But if you are feeling a little lazy the public transport system couldn’t be more efficient or easier to use.

After checking into your hotel or hostel, grab a quick bite to eat in one of the many restaurants around the Vaclavske Nameste. But beware the crepes of the Czech Republic if you are partial to a pancake – they’re huge and barely visible under the mountain of cream under which they sit. They will keep you going as you discover the Old Town which will be your first port of call. Don’t get too carried away here, however, as you will be back here again and again throughout your stay.

So, leave the old town, cross the Charles Bridge – one of the most photographed attractions in the city – and head to the castle side of the river. This part of town really is something else and is where you will feel most as if time has stood still.

It’s a forty minute walk up to the castle which consists of four buildings: the famous St. Vitus Cathedral, the Basilica of St. George, the Powder Tower and the Royal Palace. As you can imagine it’s a pretty substantial building so give yourself about three hours to take it all in – it’s well worth it. Or you can avail of the Prague Castle tour which kicks off at 11.40 and ends around 15.00.

Stroll back through the Old Town through the square and tiny little streets which should help work up an appetite for dinner.

Eating out in the Czech capital has improved considerably in recent years. Not only is it extremely cheap when compared with its western European counterparts, but the choice is superb. The food is quite heavy and the portion sizes are huge, however, so late night dining is not recommended, particularly if you’re hitting the pub later.

One of the most fascinating things about socializing in Prague is that most of the clubs and bars are at basement level. An entire other city lies beneath the streets of Prague thanks to the fact that it was raised by one story during the 12th century. So, as you head down the stairs with the shadows of the towering buildings all around, be prepared for one hell of a night out. 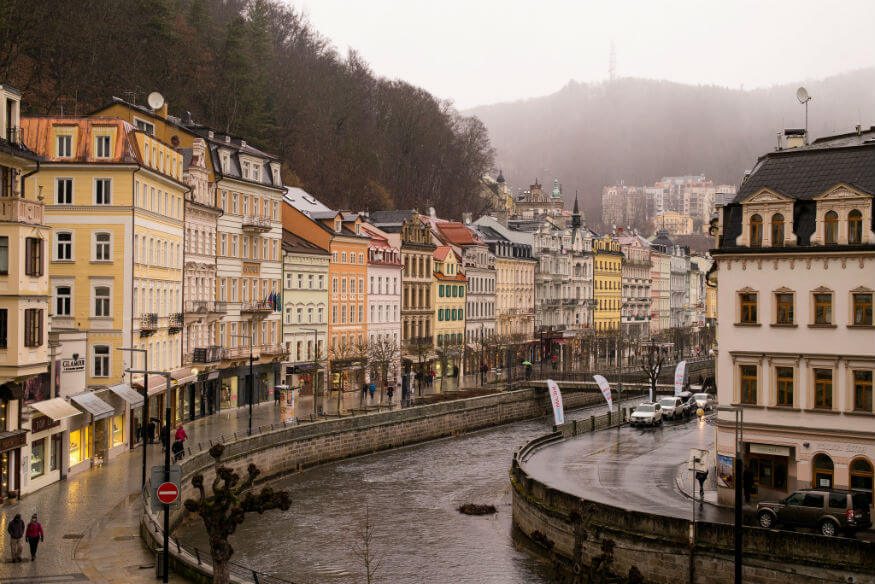 Situated about two hours from Prague is Karlovy Vary which is perfect for a day trip out of the city. Founded in 1358, this is the Czech Republic’s oldest spa town and has been a centre of gathering for years thanks to the city’s baths. In the past Beethoven, Bismarck and Karl Marx are just some of the famous bathers here in the past.

Altogether there are 12 spas/hot springs around the town. These are used not just to bathe but also to treat some diseases medically thanks to the chemical elements the water contains. Other minerals from the water deposit and make stones, which are sold as souvenirs.

Along with the springs in Karlovy Vary, some other of the towns attractions are the Town Theatre,The Mill Colonnade and several lookout towers.

Even though the town is approximately two hours from Prague, organised tours bring many visitors to the famous town and then return them to the city at the end of the day. Taking the entire day, you probably won’t have much energy to do too much that night! 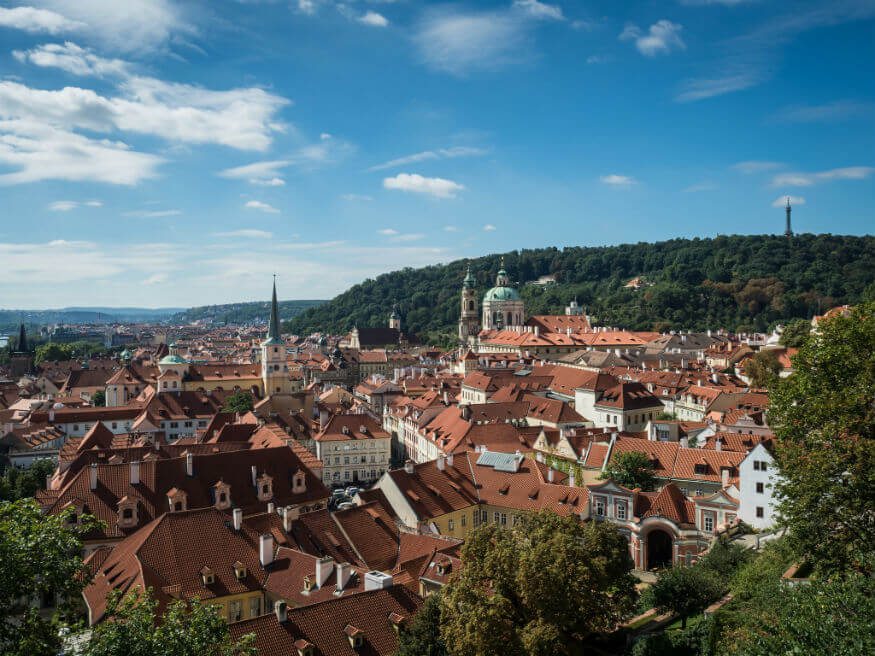 Start your second day by returning to the Old Town. The tiny streets are packed with every kind of souvenir shop imaginable and it’s hard not the get carried away. The craft work on offer is second to none and one thing you will notice a lot of are puppets or marionettes which have been a popular feature in the city since the 1500’s. The can be quite pricey so shop around before making any purchases.

Spend your afternoon visiting the well known Jewish Quarter which houses the famous haphazard cemetery, several synagogues and the Jewish Museum. Incidentally, the treasures in the museum were assembled by none other than Adolph Hitler who had intended the exhibition to be one on an extinct race.

To lighten the mood a little after this, check out the Old Town Hall with its renowned Clock Tower. The clock has an hourly display which features marching apostles and the tower is well worth climbing as it gives unrivalled views of the entire city.

At some point during the first day, try to get your hands on some tickets for any of the classical concerts. They take place in various buildings throughout the city daily including St. George’s Basilica in the castle and on the staircase of the National Museum and are an essential part of any visit to Prague. They usually start at about 5pm and echo the strains of Vivaldi, Mozart et al throughout the century old buildings. It’s an unforgettable experience.

It’s pretty hard to adjust to the thumping city night life after such a relaxing couple of hours but we’re sure you’ll manage. 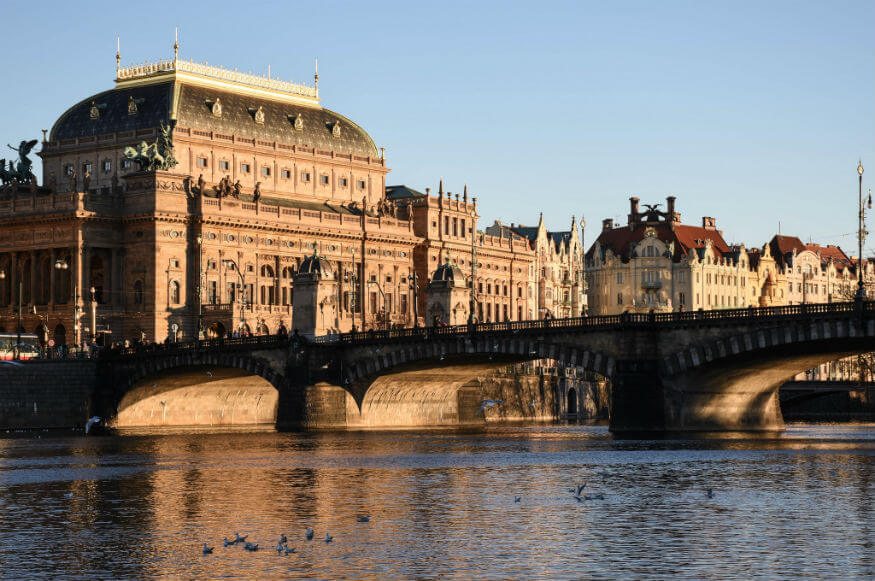 Getting a ferry along the River Vltava which flows through the city of Prague is one thing, but enjoying your lunch along it is another. Not only do you get to enjoy a bite to eat, but you get to enjoy some tasty views along with your tasty eats!

While you may have passed some of the city’s most recognisable landmarks by at the fourth day of your trip, it’s a more sombre experience looking at them while listening to relaxing music, enjoying a breeze and not having to dodge other tourists. Just some of the sights to be enjoyed along the river are Charles Bridge, Prague Castle and the National Theatre. And a boat trip is the best way to see all of the river’s bridges.

Boat trips usually collect you at your hotel/hostel and drop you at the International Hotel which is near Old Town Square.

For good views of the Vltava, just across the Cechuv Bridge you will find Letenske Sady. This is one of the city’s many parks and is perfect for a lazy afternoon of lying in the sun (once it is shining of course).

Just like Prague’s pubs and taverns, most of the Czech Republic’s clubs and are found in dark underground venues also. All along the river is a good selection of nightclubs and bars such asKlub Lavka which is on the east bank of the river adjacent to Charles Bridge. Another of the city’s more popular clubs is Roxy. Playing host to many of Europe’s top DJs, ask any local about a club and they are sure to mention this club. 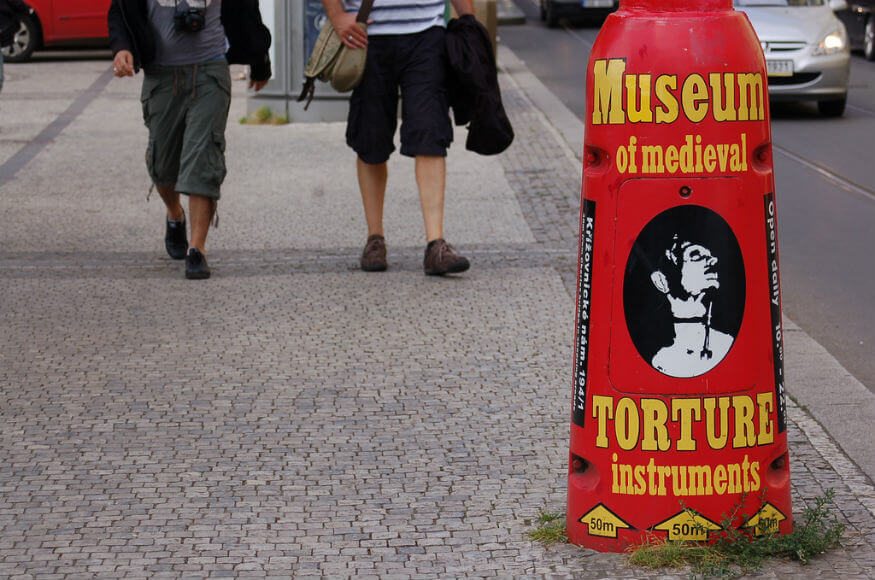 Now while it might not be for everyone, one attraction well worth a visit is the Museum of Medieval Torture. Located close to Charles Bridge the museum features over 60 different torture instruments which originate from all over Europe. It’s a bit gruesome but pretty fascinating and makes you realize just how crazy people were back then.

Spend a little time of your last day in the newer part of town which houses the famous Wenceslas Square. Although it is known as the New Town, don’t expect ultra modern because you’re going to be disappointed. One of the most impressive things about Prague is the way that both the new and old parts of the city complement each other perfectly. The new town, however, is home to a more mainstream shopping experience so if you feel like splurging a little, you’re on the right track.

Weather permitting, there’s no better way to finish your trip to Prague than kicking back outdoors in the Old Town Square with a nice cool Budvar. Incidentally, if you are there in the middle of winter it tastes pretty nice inside too. In summer, however, it is an excellent place to people watch and there’s always entertainment of some type to keep you amused. There’s also a pretty active live music scene in the pubs around here so when you feel sufficiently chilled out be sure to check this out too.