Now the world cup frenzy is winding down, it’s time to reflect on what we’ve learnt over the past month.

Aside from the obvious:

There was one little country that stole everyone’s hearts…

The Colombia team are so adorable that they broke down barriers between nations.

A new star was born.

And suddenly we all realized that there’s a whole lot we don’t know about the coolest corner of South America. Well that’s all about to change…

Here’s what you didn’t know about Colombia.

1. There’s a special reason behind the dance

So why do they do that?

Football is just one of Colombia’s many talents. Over the last five years Colombians have been gracefully dancing their way out of the slums.

Salsa dancing is a huge part of Colombian national identity and this suave victory wiggle is all about telling the world they can do more than just kick a ball. At The World Latin Dance Cup (yup, that’s a thing…kind of a big deal actually) Colombia have been regularly stealing first and second place prizes over the last eight years. A lot of young children from the barrios (Colombian slums) are now able to make a living from their rhythmical talents thanks to a rising demand for salsa performances, and some can even earn a private education.

So next time you see that dance gif, remember it’s all about something way bigger than scoring a goal.

Did you know this was in Colombia?

Colombia is home to the most incredible natural beauty you will ever see in your life. And its cities are nothing short of awe-inspiring. Above, you’re looking at The Ancient Inca Road System that runs through the Colombian portion of the Andes, The Salt Mines of Nemocón and the Plaza de Bolivar in Bogota.

3. Colombian cuisine is going through a renaissance

With thanks some economic processes that I’m not qualified to explain, the last five years has seen a restaurant boom in Colombia. New food joints are spreading across the country like wildfire, with Bogota at the centre of it all. As well as traditional Colombian empanadas and tamales, you’ll find a host of trendy establishments offering everything from the trusty burger to Peruvian to Asian to this new thing called Fusion.

4. The architecture is so beautiful, it stops crime

Not so long ago, Medellín was the undisputed territory of Pablo Escobar, Colombia’s most infamous drug lord. The city was once Colombia’s epicentre of drug trafficking, homicide and all things generally dangerous…

Thanks to some pretty awesome buildings that have sprouted up since Escobar’s death 20 years ago, Medellín now has a stable business and medical infrastructure, ousting crime and luring in thousands of tourists every year. Not too shabby for a former murder hotspot…

5. It isn’t all about drug cartels

How most Colombians feel about being asked for cocaine:

It’s important to remember that Escobar is now long gone, so if you’re in the habit of assuming Colombia is a coke-soaked warzone, then you’re about 20 years behind. With most drug crime now localized around the  US border, describing Colombia as a drug battlefield is considered ignorant and hugely offensive to locals. Asking for cocaine also a very bad idea, so if you’re stuck in the past, it’s time to catch up.

And they liked her better that way.

To be honest, we kind of do too.

7. Gabriel Garcia Marquez has only ever been outsold by God 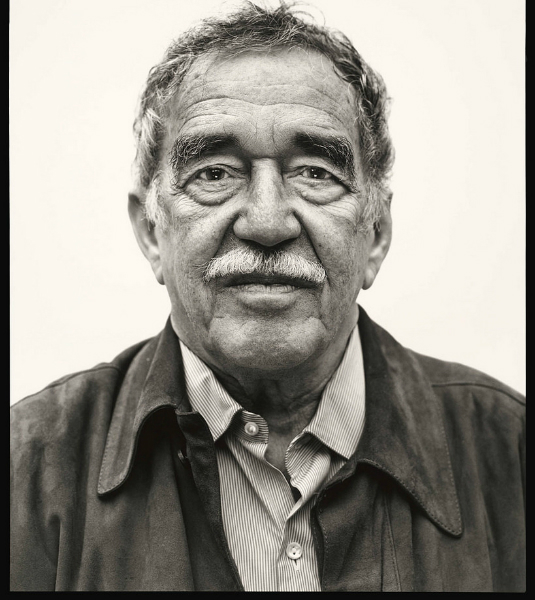 Colombia’s most famous export (closely followed by Shakira’s bionic mid-section) Gabriel Garcia Marquez is the man behind Love in the Time of Cholera and One Hundred Years of Solitude. Winner of the Nobel Prize for Literature and famously bff with Fidel Castro, Marquez’s works are the biggest selling Spanish language books in the world after the Bible.

8. And it’s ColOmbia, not ColUmbia.

If you’re insulted by me telling you that, good for you.

So now you’re clued up about all things Colombian, go forth and spread the word…

Did we miss anything? Let us know in the comments!

Thanks to TMZ, Luis Pérez, Wolf Gang, William Neuheisel, Iqbal Osman, TMZ, Pedro Szekely and Luz Adriana Villa for the images from Flickr. Please note, all images were used under the Creative Commons Licence at the time of posting.