The Chinese New Year lunar festival, also known as the Spring Festival, will be celebrated on Tuesday 5th February in 2019, by almost a quarter of the world’s population.

Chinese New Year is the most important social and economic holiday in the Chinese calendar. It’s a time when families come together and celebrate the possibilities of the new. Traditionally, family members will travel from near and far to be together to pay respects to their ancestors. Before the festivities begin, homes across China undergo a spring-clean to purge the old and welcome in the new. Once the house is clean, red lanterns, couplets, paintings and cut-outs decorate all areas of Chinese homes in a bid to ward off evil spirits. Cities dazzle with red and gold.Friends and families exchange red envelopes with ‘lucky’ amounts of money in them, tasty treats are given as gifts and a fiendish number of fireworks are set off to drive off evil spirits and to signify joy.No matter where you’re celebrating Chinese New Year from, don’t forget to wear red – an auspicious, happy colour closely tied to this spectacular festival.

So here are the 7 best Chinese New Year celebrations around the world for 2019:

If you want to experience Chinese New Year through both a modern and traditional lens, look no further than Shanghai. Here, the festival is celebrated for two weeks with most of the traditional rituals and events taking place in Yu Garden – one of the oldest and most popular areas of the city – the Bund and of course in many city temples.  On 19th February make your way to Yu Yuan where you’ll see the most famous lantern show in the city, held at 269 Fangbang Road.

Top Tip: With many of the shops in the city closed for the first few days of the new year it’s a great time to take advantage of the quieter streets and get exploring. 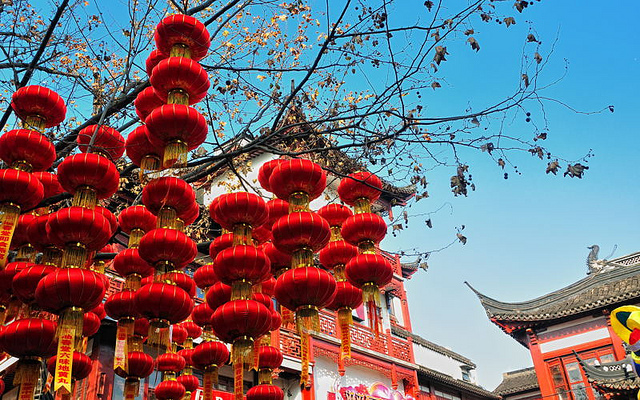 Celebrations around Bangkok are all free to attend and mostly centred in China Town. Throughout the day you’ll see lion dancers, drummers and vendors selling their good luck wares. Yaowarat Road is pedestrianised over the three days of celebration which means you’ll find yourself in a sea of people that only adds to the atmosphere and experience. At around 3pm the first of the Dragon Parades takes place. The dragon’s tail is 100s of feet long and takes several people to operate it. After dark all the hanging lanterns are lit, and traditional musicians and dancers perform on the huge stage near the Chinatown Gate.

Top Tip: If Yaowarat Road is too busy for you, head to any of the larger temples in and around Chinatown where you’ll get the same Chinese New Year experience, just in a quieter setting. As a bonus, many of the major temples are visited by Thai Princesses! 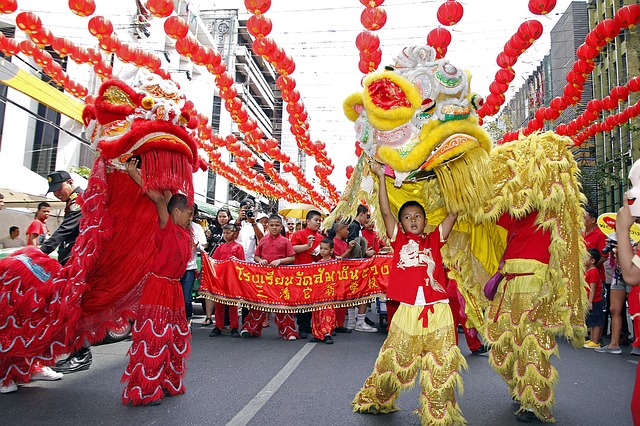 In Malaysia many people light fireworks during Chinese New Year and on Chinese New Year’s Eve you’ll enjoy them until the early hours of the morning. Petaling Street, in Chinatown, is a must visit if you’re in Kualar Lumpur for the festivities. There you’ll find Chinese Temples crowded with locals that have come to pray as well as lion dances and of course more fireworks being let off in the street. Lion dancers can even be found in the shopping mall to bless the shops and encourage a successful year for business.

Top Tip: If you’re hoping to escape the city, take a short flight to Georgetown on Penang Island and visit Kek Lok Si Temple. At night thousands of colourful lanterns transform the whole area, a true spectacle, not to be missed. 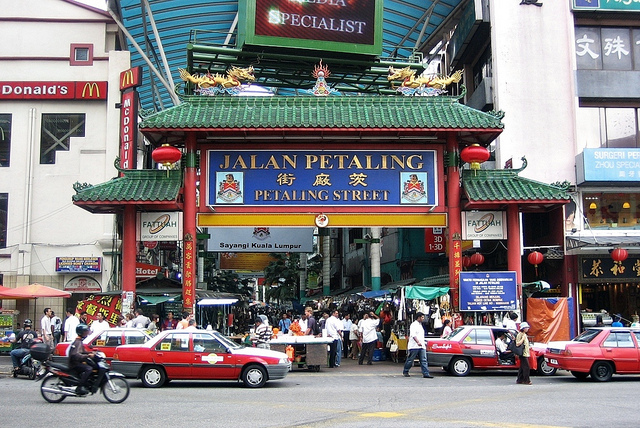 Chinese New Year is now one of the city’s biggest annual events. The best districts of Paris to celebrate the festivities in are Belleville and the district near the Centre Georges Pomidou. There the streets pulsate with dance processions, musicians, dragons and fish. Restaurants spill over with locals and tourists sampling traditional Chinese foods such as dumpling and noodles. The main Chinatown parade, final date and time to be announced, will be setting off from 44 avenue d’Ivry as is tradition.

Top Tip: Chinese New Year in Paris is renowned for its boisterous celebrations and elaborate decorations so if you’re looking for a proper party but can’t make it further afield than Europe, this is the city for you! 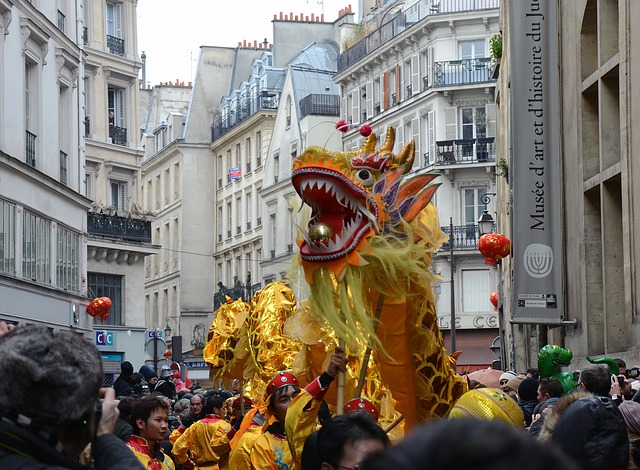 Arguably the biggest Chinese New Year celebrations outside Asia, London’s festivities centre around the West End, right in the very heart of England’s capital. The Chinese New Year parade is made up of several brightly coloured, handcrafted floats and dragon and lion dances. The floats set off from Charing Cross Road and weave their way down Shaftsbury Avenue. Head to Trafalgar Square to see special screenings, a thanksgiving ceremony followed by firecrackers and the Lions’ Eye-Dotting Ceremony.

Top Tip: If hunger strikes enjoy an authentic taste of the Far East from one of the stalls that line Trafalgar Square.

Sydney is the perfect spot to explore Chinese-Australian culture in the country’s biggest Chinatown. Check out the Dragon Boat Races in Darling Harbour where 12-metre-long boats, housing up to 20 paddlers each, battle it out to beating drums truly exemplifying the spirit and the power of the dragon! With 2019 being the year of the pig, a spectacular new Pig lantern by Quan Hua will light up the western boardwalk of the Sydney Opera House from 1st February. From 7pm on 1st, 2nd and 3rd February wonder down to the Overseas Passenger Terminal Circular Quay to enjoy free traditional and contemporary performances including K-Pop, Japanese drumming and Chinese, Thai, Indonesian, Korean and Vietnamese dancers.

Top Tip: On 8th February experience the rare opportunity of seeing Sydney’s Fish Market at night where it will transform into a bright, multi-coloured market illuminated by lanterns. You’ll be able to dine on all sorts of seafood dishes as well as traditional Chinese cuisine. 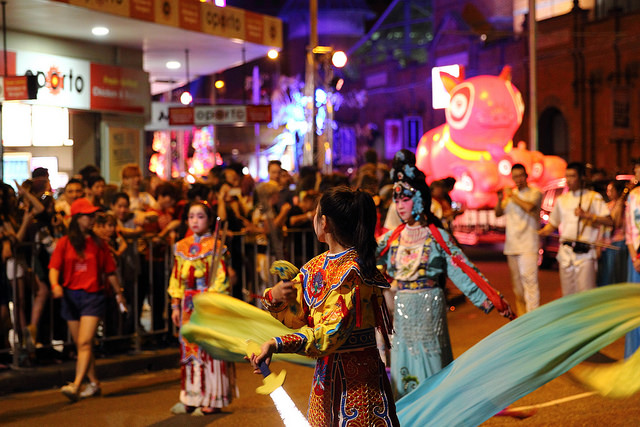 Chinese New Year first started being celebrated in San Francisco back in the mid-1800s, when many immigrants from China arrived in the US looking for work. Today, the city boasts one of the largest Chinese community outside of Asia.

This huge Lunar New Year celebration stretches across two weeks and includes flower market fairs, a basketball jamboree, the Miss Chinatown USA pageant and a Community Street Fair that includes traditional dancing, drumming, acrobats and so much more. Whatever you do, make sure to witness the illuminated night-time parade on February 23rd from 5.15; it starts on Market Street and wanders into Chinatown. The highlight is the 268-foot Golden Dragon carried by more than 100 performers. More than three million people watch the parade every year either in person or on TV.

Top Tip: If you don’t want to stand for the parade, buy yourself some bleacher seats along Kearny Street. Tickets are around $30 each plus shipping costs. 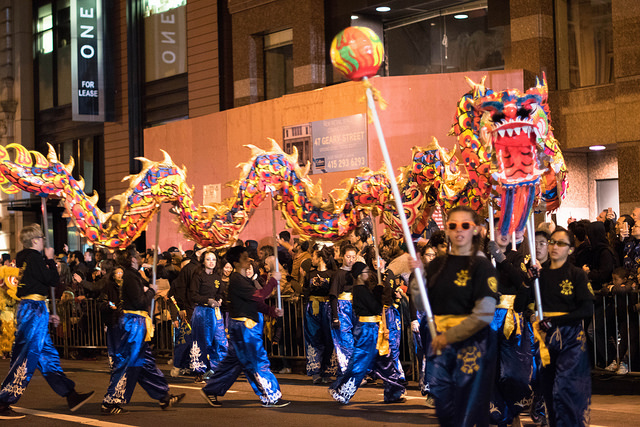 So where will you be celebrating the Year of the Pig? Thinking of heading out to take part in Chinese New Year? Don’t forget to wear red – an auspicious, happy colour closely tied to this fun festival.

I’m Freya, a freelance writer and consumer PR consultant. Having worked in the travel industry for three years I enjoy writing about all the wonderful things our world has to offer in the hope of inspiring other travellers. Based in London, my hobbies include writing, reading, films, walking, eating, shopping and of course travelling. Check out my website, www.freyabugeja.co.uk or follow me on Twitter and Instagram using the handle @fb_comms.