Songkran is Thailand’s most famous festival. An important event on the Buddhist calendar, this water festival marks the beginning of the traditional Thai New Year. The name Songkran comes from a Sanskrit word meaning ‘passing’ or ‘approaching’. 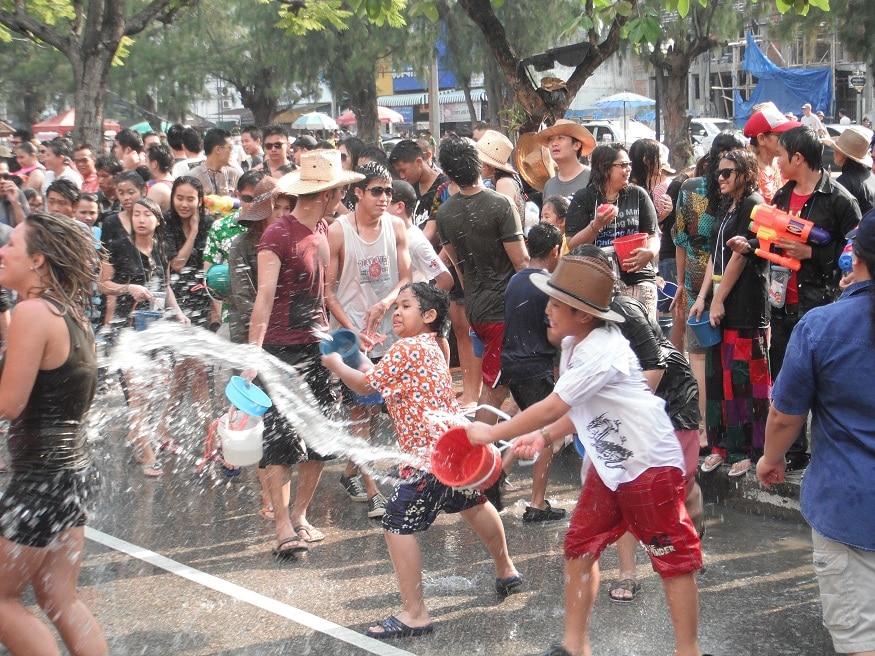 2. When is Songkran Festival?

Songkran Festival takes place in April every year, from the 13th to the 15th.

3. How is Songkran celebrated in Thailand?

Water is an important element of Songkran, especially in more recent times when the throwing of water has become a huge part of the annual celebrations. If you’re visiting Thailand during this period, prepare to get splashed! Crowds of people roam around throwing buckets of water, using water pistols and just generally soaking anyone in the vicinity. Appreciation of family is another important aspect of the festival, with many Thai people making their way to their hometowns to spend time with older relatives. Buddhists also visit temples throughout Songkran where water is poured on Buddha images and on the hands of Buddhist monks as a mark of respect.

4. What happens on the first day of the festival?

Known as Songkran Day, the first day of the festival is an exuberant celebration with processions of Buddha images taking place throughout the country. The Thai people also prepare themselves for the beginning of the New Year by cleaning their houses. More importantly, April 13th is when the water throwing really gets going. 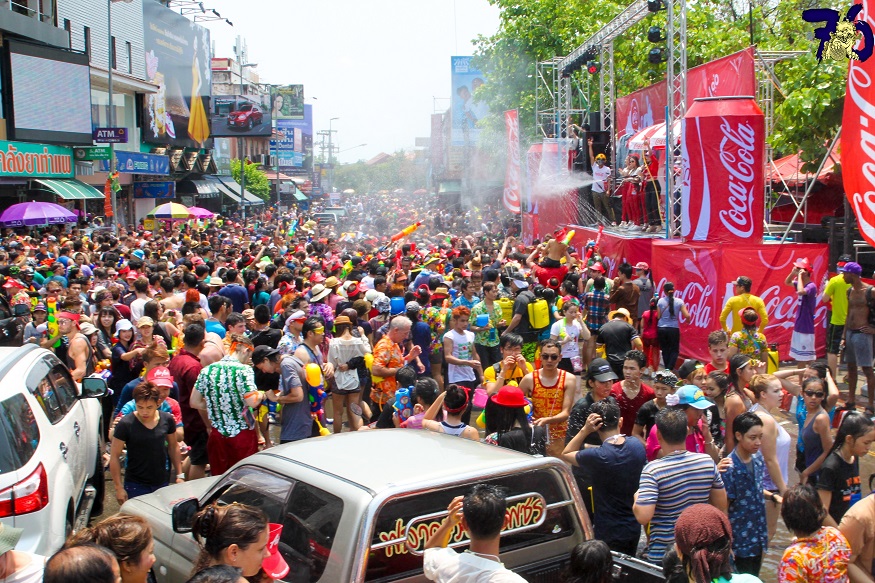 Wan Nao is the celebration of the old Thai New Year’s Eve and takes place on April 14th when the sun travels between Pisces and Aires. You can observe one of Songkran’s more formal rituals on Wan Nao as it’s on this day that many Buddhists go to their temples to build sand chedis (a sand castle built to resemble a Buddhist temple).

Celebrated on April 15th, Thai New Year’s Day is the final day of Songkran celebrations in many parts of the country. Offerings are left at temples on this day to ring in the New Year, with plenty of other events also taking place.

7. How do people celebrate Songkran in Bangkok?

The Thai capital celebrates with the Bangkok Songkran Splendours Festival which takes place from April 13th to 15th. The official opening ceremony is held at Wat Pho, one of the most important Buddhist temples in Thailand that’s home to the spectacular gold-plated reclining Buddha. Many other celebrations are held on and around Khao San Road, which is one of the most popular streets in the world for backpackers. Events during the festival include water throwing, the ritual bathing of Buddha images, processions and performances. A tempting array of traditional foods are enjoyed throughout the celebrations. 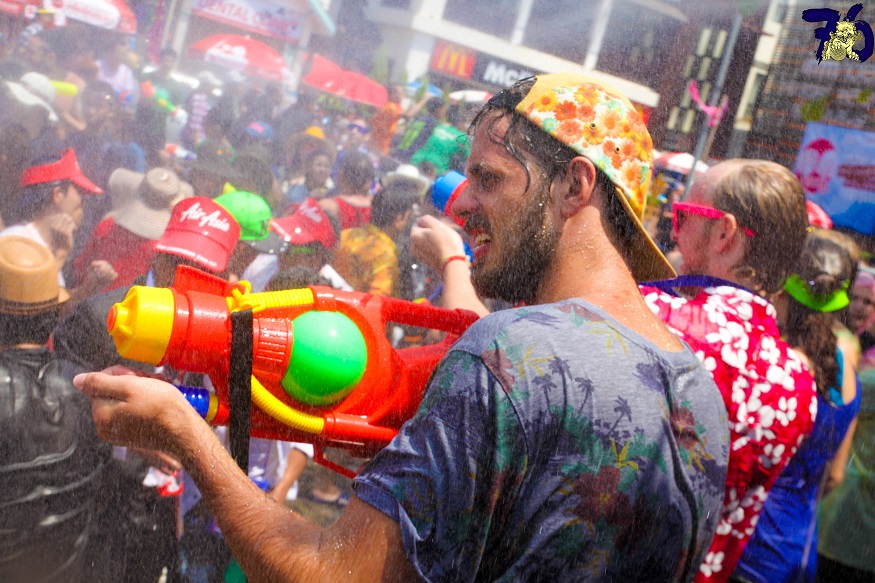 8. Is Songkran celebrated in Chiang Mai?

Chiang Mai is home to one of the country’s biggest Songkran celebrations. The festival here kicks off slightly earlier on the 12th April, with an eye-catching procession around the city. Street food, cultural celebrations and traditional performances remain an important part of Songkran in northern Thailand. Of course, there’s also the customary water throwing.

9. What happens on Phuket during Songkran?

Plenty! Thailand’s largest island is buzzing with activity during Songkran, especially in the Patong Beach area. Expect gridlocked streets filled with pickup trucks throwing water at locals and tourists alike. Along Bangla Road, which is where you’ll find the liveliest nightspots in Patong, Songkran celebrations continue well into the wee hours. Saphan Hin Park is the main focus of the festivities in Phuket Town. Live music and traditional performances make up part of these hugely enjoyable celebrations.

10. Is the festival just for locals or can anyone get involved?

Songkran is a hugely important festival to Thai people, but it’s also very popular with visitors and many tourists specifically arrange their holidays around this unique event. Anyone and everyone can and will get involved in the celebrations. If you’re out and about during Songkran, you’re guaranteed to end up soaked but you’ll have lots of fun in the process!

So, if you’re planning a trip to Songkran in Thailand, hopefully this has given you some insight into what makes this event so important and unique, and prepared you for what you can expect from Songkran celebrations throughout the country. Happy water throwing!

🌟 The best areas to stay in Phuket: a neighbourhood guide