For those who love animals, travelling and being able to spend time with them is like a little piece of heaven. There are many destinations in which animals are the main attraction and they attract global travellers who want to see, touch and play with them. But, a huge problem with animal tourism is the exploitation of animals, putting them in stressful situations and even torturing them.

The land of Hello Kitty has 13 islands where the population of cats exceeds that of humans. The most famous of these is the Aoshima, which has 6 cats for every island resident and is actually known as the Island of the Cats. Since Aoshima is only accessible by ferry there are a limited number of people who can access it daily. 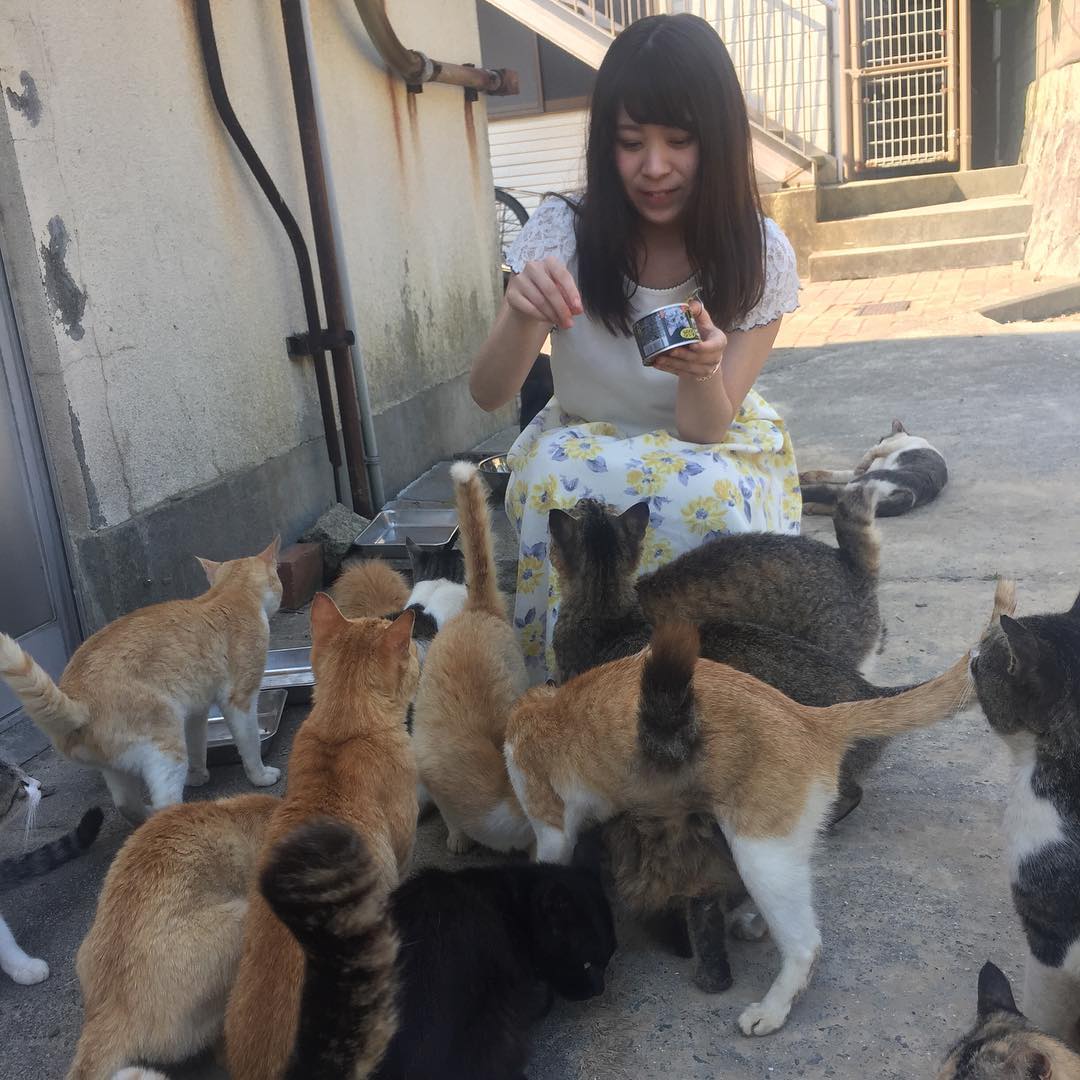 Near Tokyo , the island of Enoshina has thousands of cats roaming the streets and an abundance of other cultural sights. This island is more accessible than Aoshima. However, regardless of which island you are visiting, it is important to pay attention to the rules: do not force the animals onto your lap and do not feed them outside of the designated feeding grounds. Tourists are generally welcomed by the islanders, who are responsible for caring for the cats – so play nice!

Check out hostels in Japan

Elephants are a symbol of the country and it is estimated that 75% of elephants used for tourism (elephant rides, for example) in Thailand are taken from their natural habitat precisely for this purpose. A survey by the World Animal Foundation concluded that about 1,300 elephants live in terrible conditions, including deprivation of food and long working hours. 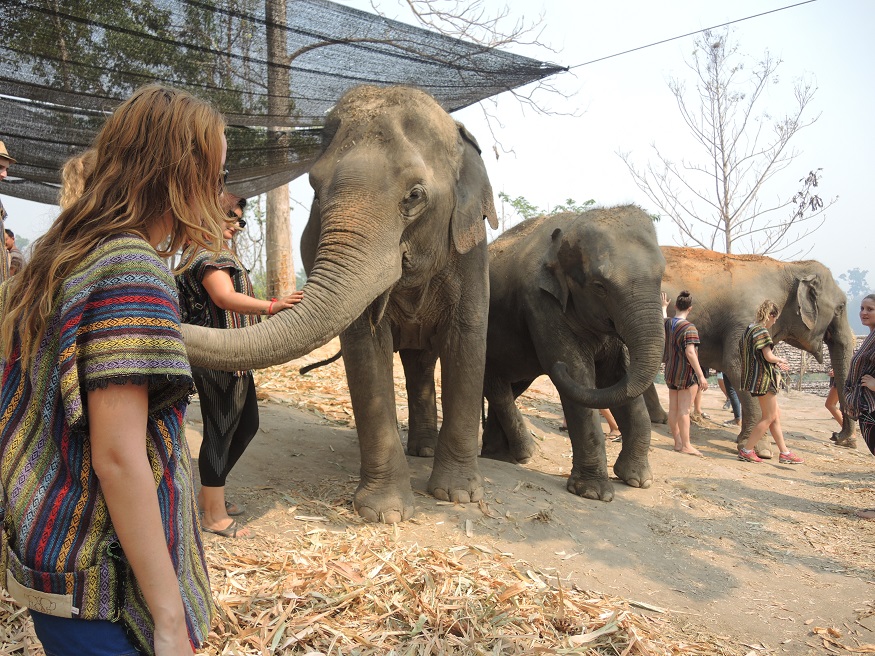 But the dream is not over! It is possible to have contact with elephants in Thailand in a non-exploitative way. To do so, you should look for elephant sanctuaries that work ethically. What does that mean? Well. for a place to be considered ethical, it is necessary for elephants to act as if in their natural habitat, to be free to eat and drink and to live without discomfort or injury. These places should not offer elephant rides or even have entertainment shows as these cause real distress to the gentle giants. Stay away from these places! You have to do your research to make sure that you’re visiting a real sanctuary. Real sanctuaries take in animals that have been abused and mistreated for years and will look after their rehabilitation without whips or chains.

Check out hostels in Thailand

In 2016 an event for Golden Retriever enthusiasts was launched in Inverness Scotland. The first event hosted 188 hounds and that number almost doubled in the last 2 years, with 361 dogs in the last event in July of 2018. 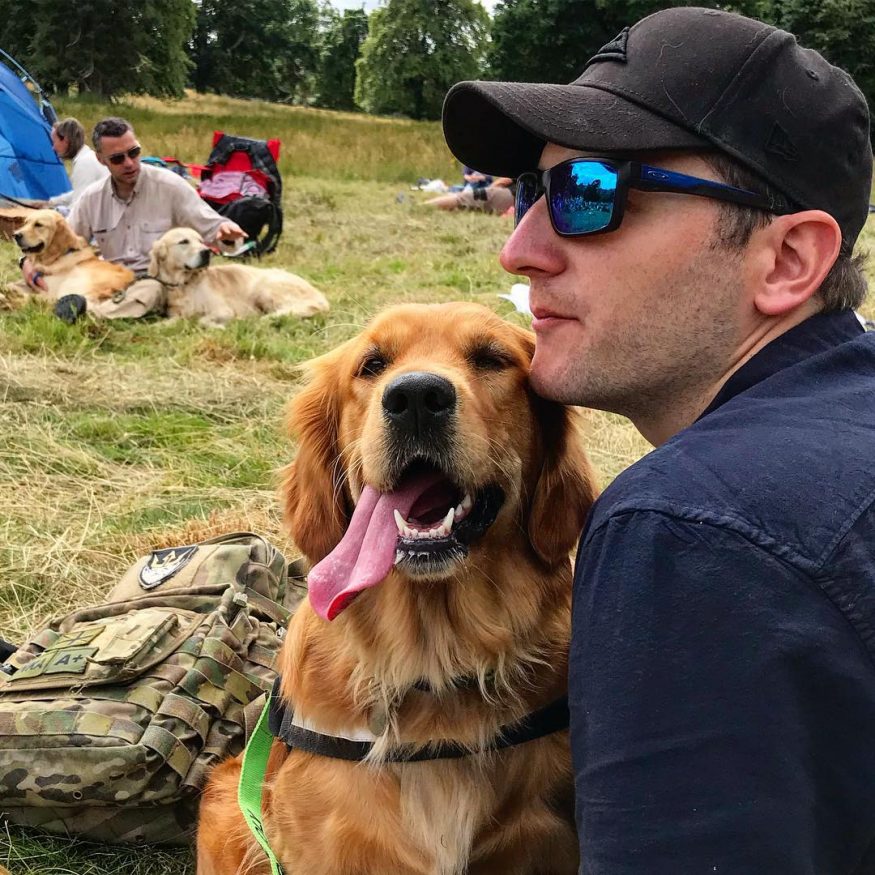 The event takes place annually on the outskirts of the ancestral city of the animals, where the first Golden Retriever was born in the middle of the 19th century. The event is open to people who want to visit, even if they do not bring their own dogs. This year, it is estimated that the festival had a thousand visitors. Dog parades, jokes, dances and dinners are all part of the event – you’d be barking mad to miss it!

Check out hostels in Scotland 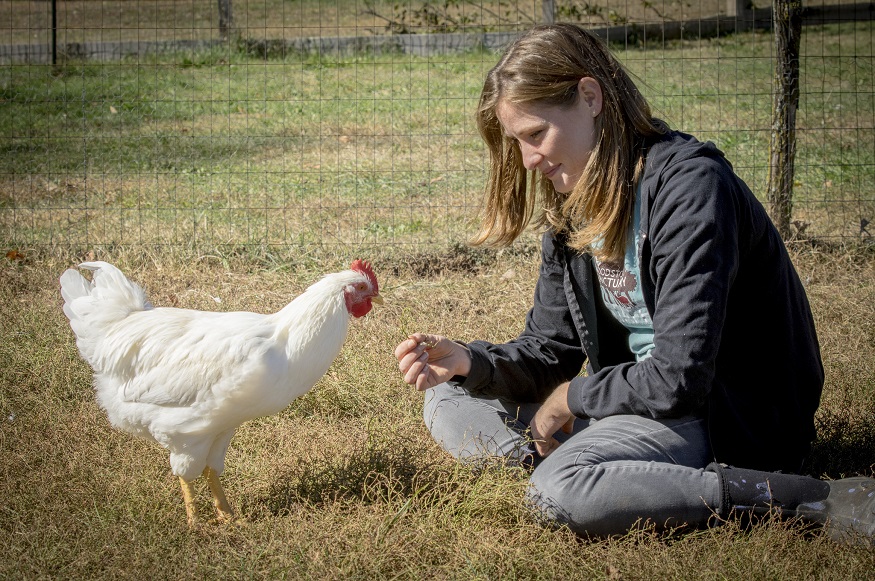 Rescued animals are seen as friends and people can volunteer to help take care of them. The shelter also offers tours with the animals for those who just want to know more about the work done here. You are not allowed to feed them during visits.

Check out hostels in NY

Some people are fascinated by Sea World ‘s orca, dolphin and whale performances. However, Sea World is not ethical when it comes to looking after their animals. In addition to being kept in captivity in fairly small pools, they are animals that have been removed from their habitat for no reason other than tourism. There are much more ethical ways of observing marine animals. Such as enjoying a natural “show” that whales put on in their natural habitats.

Between May and November, humpback whales leave the Antarctic winter for northern Australia to have their babies. In Sydney Australia, there are several national parks to observe this migration, with viewpoints overlooking the ocean. It is also possible to book a cruise to see this beautiful process more closely. You can also see whales migrating in Seattle US, and Victoria and Vancouver Canada. In Santa Catarina, in the south of Brazil, it is also possible to observe this phenomenon at times throughout the year.

Check out hostels in Sydney

6. Turtles on the beach in Mexico

In Mexico, thousands of turtles crawl onto the beach to lay their eggs. However, in this process, the hatchlings go through several difficulties that have lead to their near extinction. Dogs walking on the beach eat the eggs and some people even pick them up to sell to uninformed tourists. 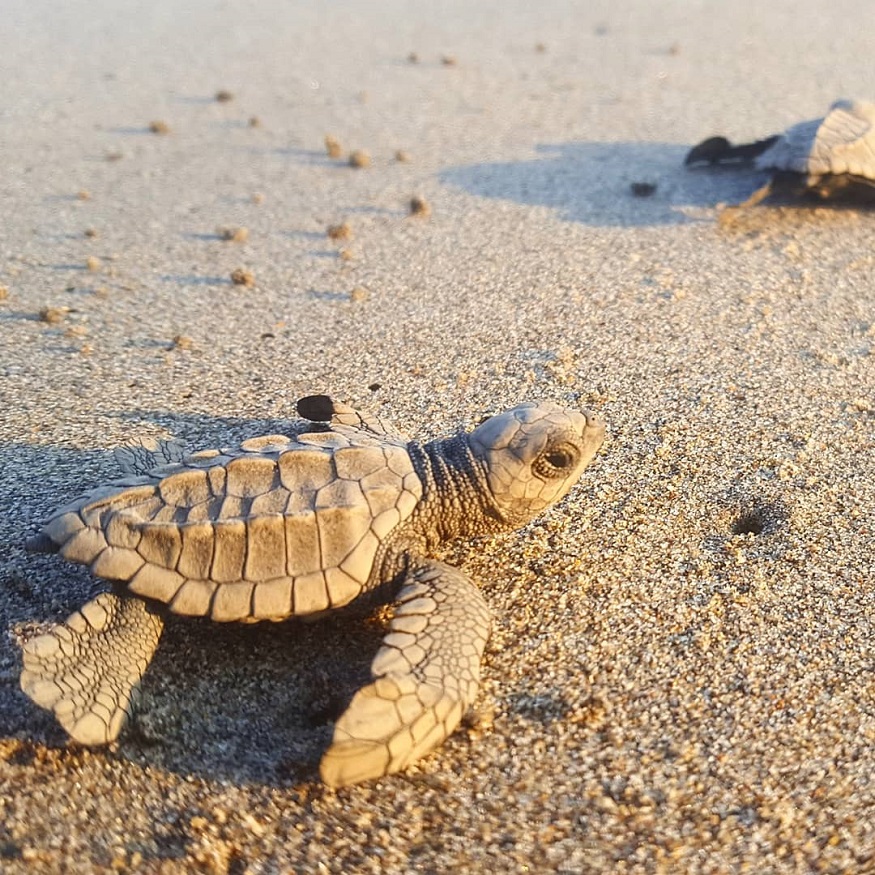 In several Mexican beaches, such as Playa Azul and Acapulco , it is possible to volunteer to walk the beach and help turtle cubs be born and reach the sea safely. In the case of the Playa Azul, a party takes place every October in honour of the turtles.

Check out hostels in Mexico

About 80% of India’s population is Hindu, a religion with about one billion believers who consider cows to be sacred. Because of this, it is very common in India to see cows roaming the cities, being fed and even worshipped publicly. They are prohibited from being in urban areas since 2003, for the risk of being hit by cars and hindering traffic. Even so, it is still possible to see some strolling through the cities. 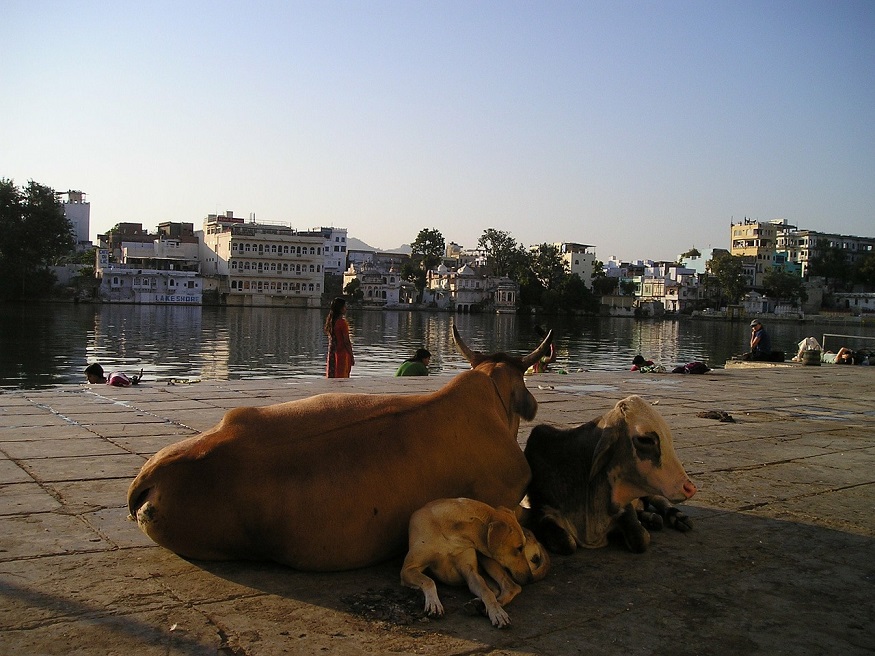 India has laws in place that have increased the religious status of cattle, meaning that the cow considered purer than those of the higher castes. There are no laws against accidentally harming a cow in India, but the person who does so risks being lynched.

Check out hostels in India

Because of the urban sprawl in China, giant panda’s habitat areas have been compromised and their way of life has become quite difficult for the species, even endangering their existence. To save them from extinction, China began a breeding process in captivity. 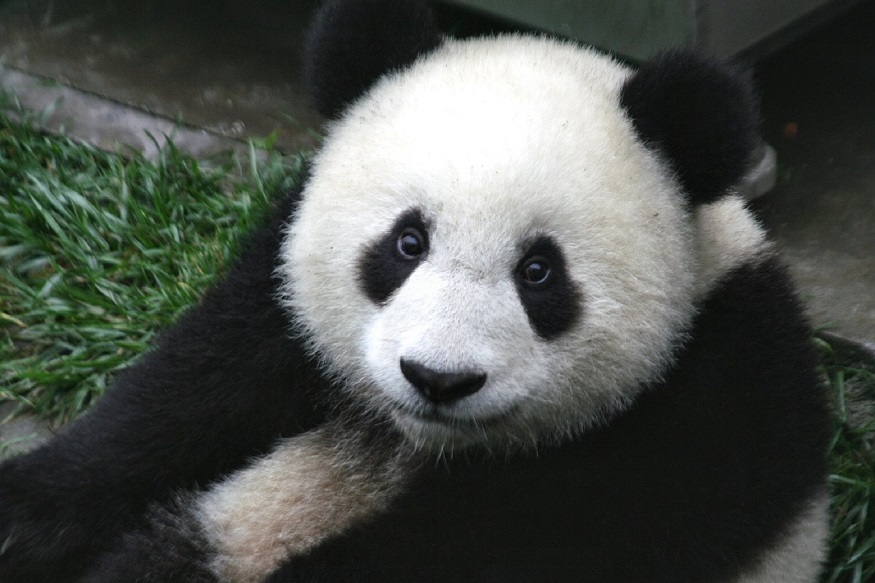 You can visit the giant panda refuges and even volunteer to help care for these animals. The most famous of these is the refuge of Lougantai. Here, tourists can interact directly with the pandas, helping to feed them.

Check out hostels in China

9. Animal blessing ceremony in the Vatican

The Vatican organises a ceremony every year where the Pope or a cardinal bestows blessing on various types of animals brought to the country. Horses, chickens, ducks, goats, dogs, cats and other domestic animals are gathered in the square so that they can be blessed.

However, the date of this event is not fixed. In some years it is held in January, coinciding with the feast of St. Anthony (patron of livestock and domestic animals) and other years it happens on October 4th, World Animal Day.

Check out hostels in the Vatican

10. Llamas and alpacas in Peru

Docile and generally friendly animals, you will know if a llama / alpaca doesn’t like you: it will spit in your face. They live in the mountains in Peru, but you may also find  them in Bolivia and northern Argentina. It is very easy to interact with them, but it is necessary to understand which situations are appropriate to interact with them and when you should leave them alone. 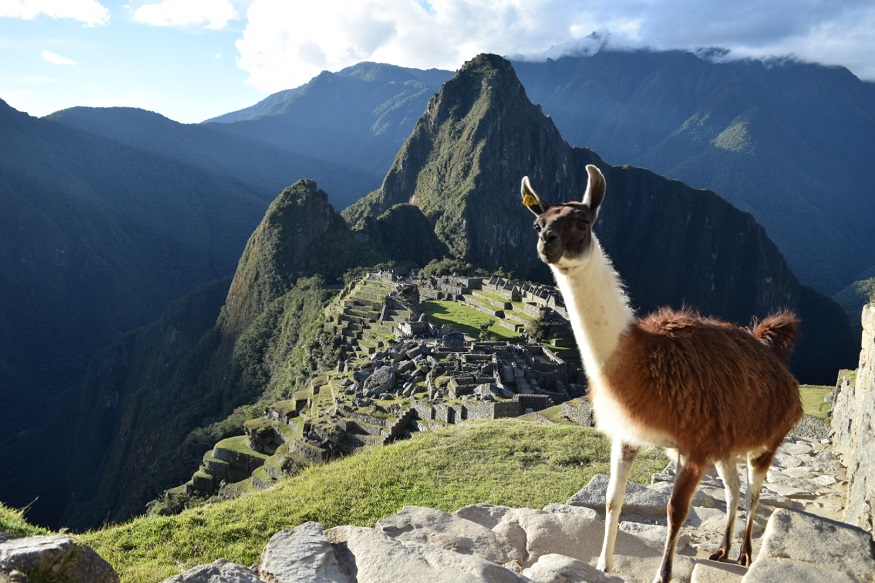 You’ll find llamas and alpacas grazing in the parks, roaming amongst ruins and markets freely and also decorated llamas and alpacas for photographs. As we have already mentioned, llamas are very quiet animals and therefore do not need to be drugged to interact with humans, but that does not mean that they like to sit around all day taking pictures with tourists, right? If you wish to interact with these animals, give preference to those who are walking freely. Pay attention to what the animal is doing and if it is open for you to approach it. We must always remember that we are the visitors and that any kind of interaction with animals has to be done with respect, prioritising their well-being and, of course, their safety.

Check out hostels in Peru

This environmental preservation and conservation unit in Goiás has about 500 kilometres of open area and self-guided trails. The park closed in 2017 for a few weeks due to a lack of staff maintenance and cleaning, but it has been up and running since December of the same year. 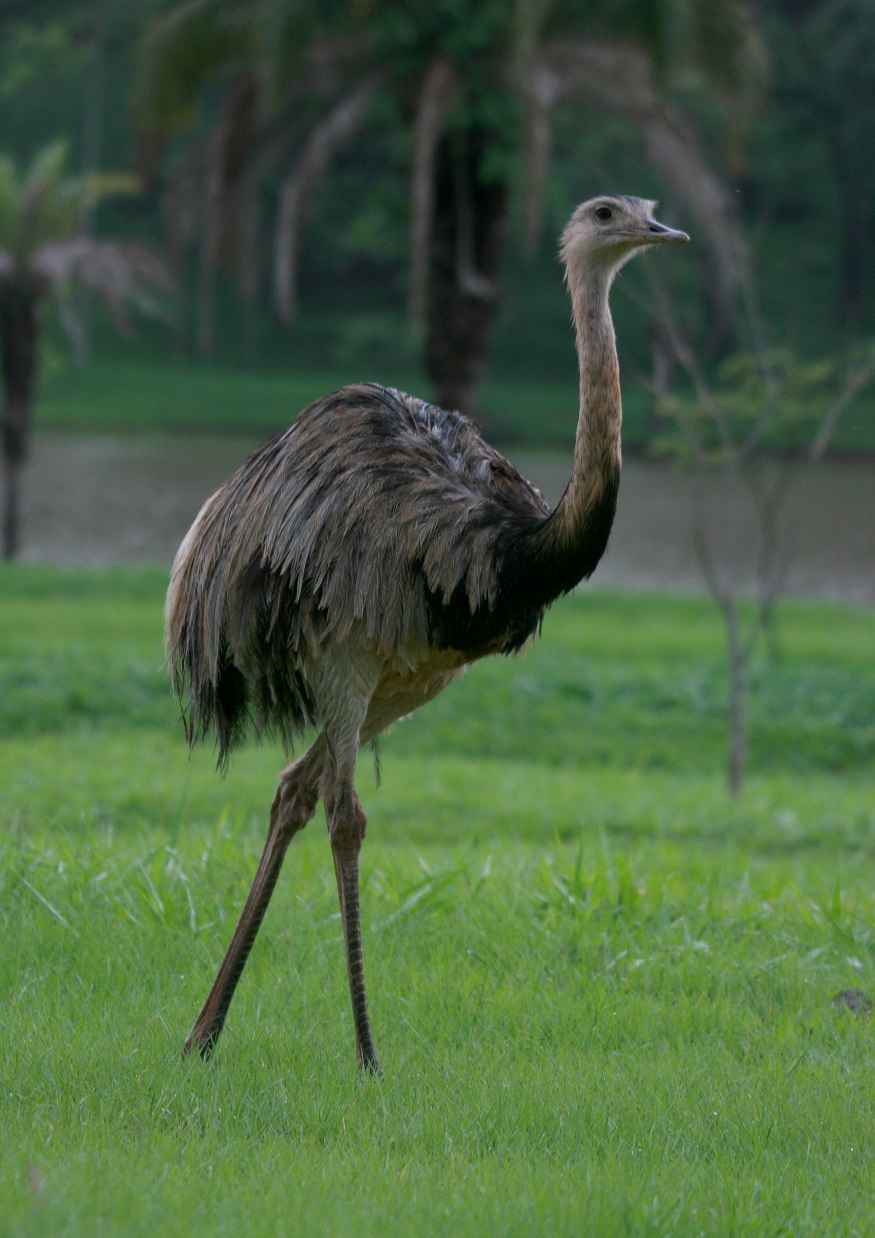 As the name indicates, it is possible to see several emus in the park but visitors can also see foxes, maned wolves, and various types of birds. Definitely worth a visit for any nature enthusiast.

Check out hostels in Brazil

12. Dolphins in nature reserves in Cancun

Playful, very docile and cuddly, it can be hard to open your eyes to the problems facing dolphins in many tourist attractions. About 59 countries keep these animals in captivity and many of them are cruelly captured to be sold to aquariums and places that use them for shows and other activities for tourists. In addition to being mistreated by being forced to repeat tricks, these animals do not fare well in pool water. 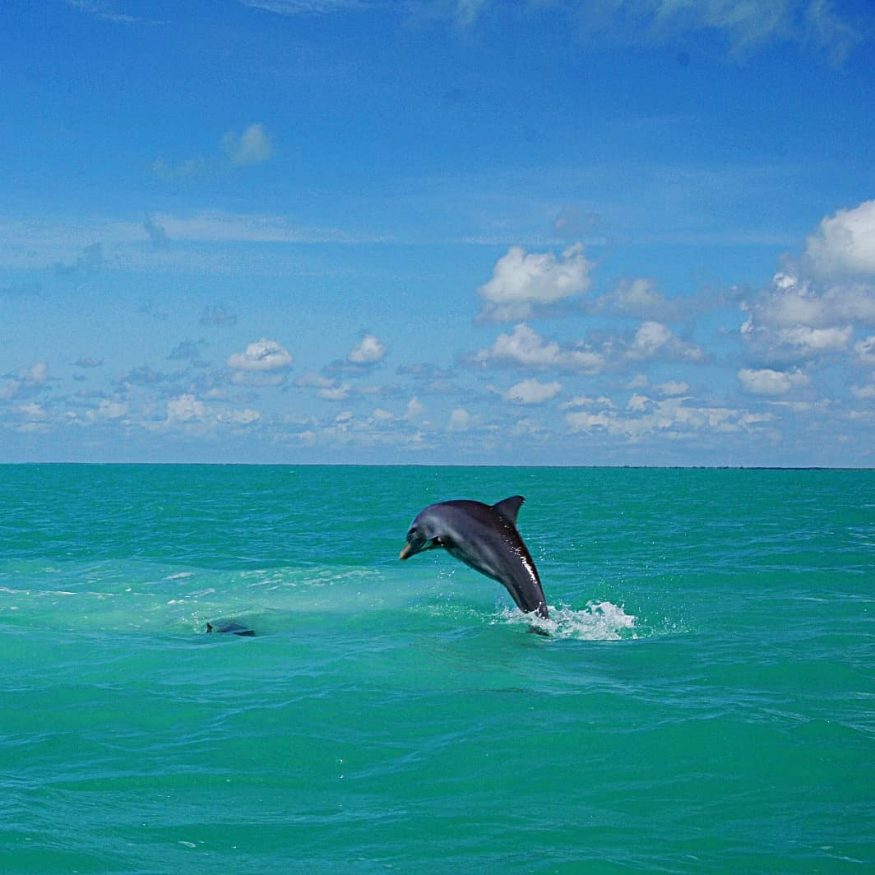 If you want to see these beautiful, majestic giant fish then why not visit Cancun ? Nearby there is the Sian Ka’na Nature Reserve where you can spot dolphins in their natural habitat and without the cruelties that exist in aquariums and in places that allow you to ride on dolphins.

Check out hostels in Cancun

13. Swimming with whale sharks in the Philippines or Australia

Are you scared? Don’t worry! You will not lose your arm with these guys. Ah, but are you worried about sustainable tourism? Still, don’t worry! It’s just about making good choices. One of the main attractions in the Philippines is the opportunity to swim with whale sharks. But there are places where the rules are followed and the activity is carried out naturally as well as places that are not very ethical. 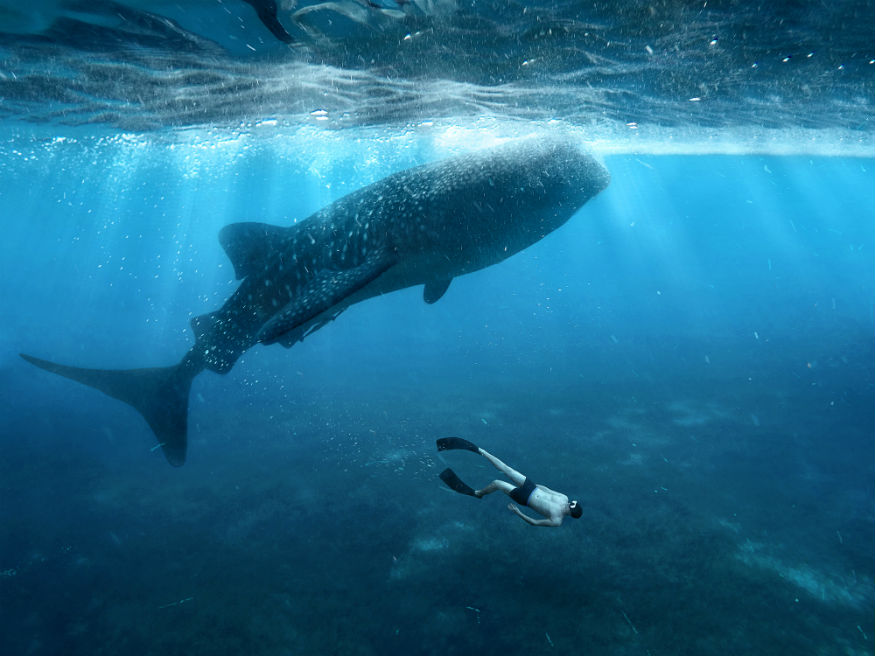 The two main sites where activities take place is Oslob and Donsol. In the second, sightings of whale sharks are not guaranteed, precisely because they do everything ethically, letting the activity happen naturally. Meanwhile, in Oslob, sharks are attracted to plankton bought in bulk and rules of interaction with sharks are not respected.

Check out hostels in the Philippines

14. Monkeys in the Amazon Rainforest and Uganda

Monkeys are often victims of exploitative tourism, because they are intelligent and easily domesticated. They are used in performance shows, circuses and many zoos that have very poor conditions. It is very common for them to suffer ill-treatment in training and many have been caught illegally, so avoid this kind of attraction. 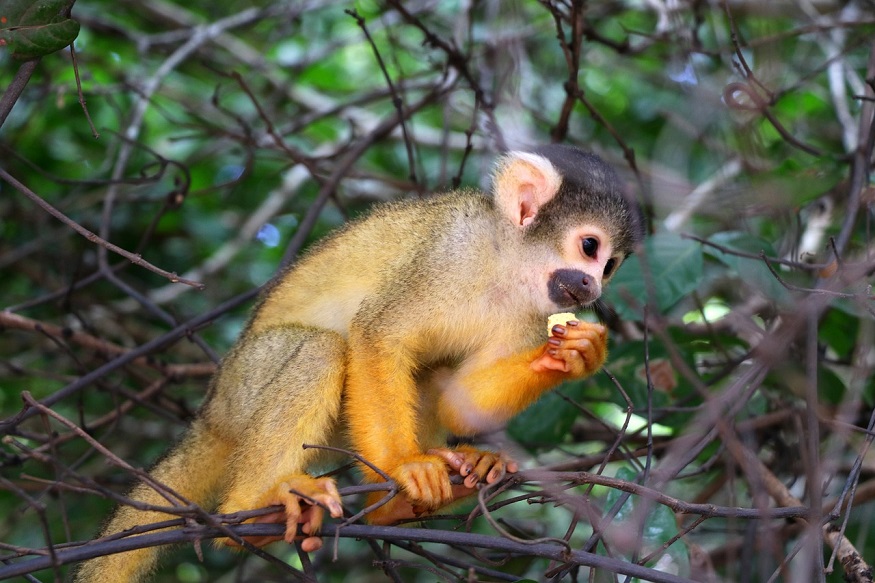 In Brazil it is possible to see dozens of species in the Amazon Rainforest. In Uganda, the most common are the orangutans and gorillas. Other countries like Costa Rica and Thailand also have opportunities to see several species of monkey in the wild. But you need to research well to make sure there is no exploitative tourism.

Check out hostels in Uganda 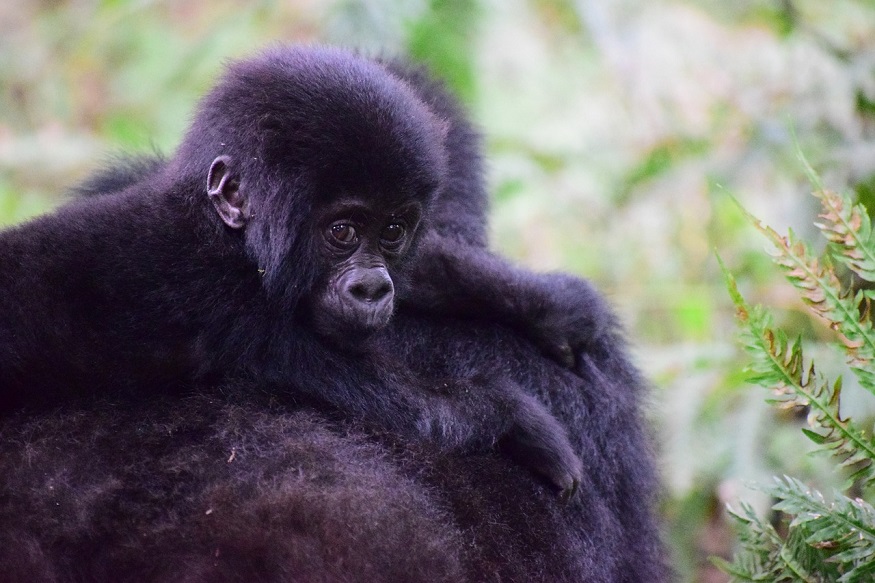 King Penguins and Penguins of Magellan go to Isla Martillo, an island in the Beagle Channel in Argentina, to mate between October and April every year. They are super-docile animals and like to interact with humans, so they will not be frightened by your presence. 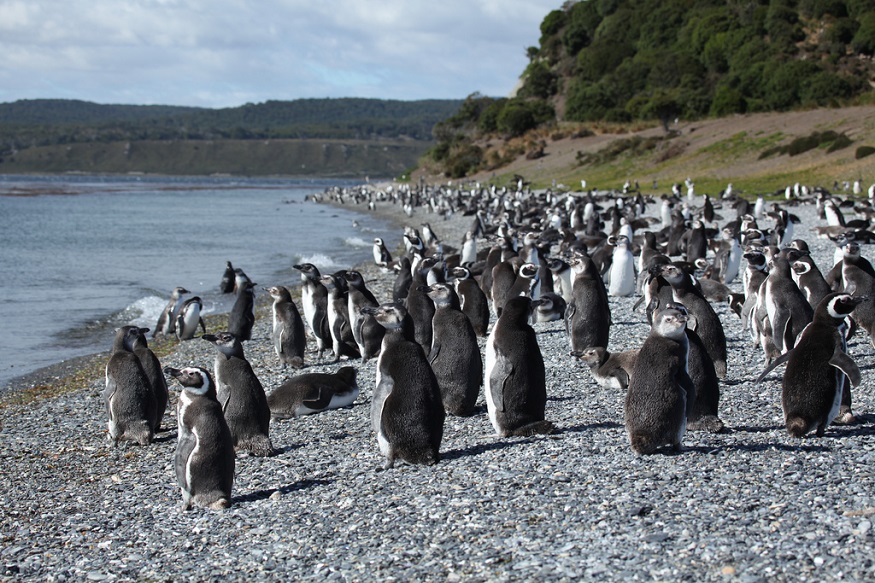 Check out hostels in Argentina

In spite of this, to maintain the preservation of the place and to not disturb the reproduction, both the contact and the number of people that can visit the island is quite limited. Book your tour in advance.

In any contact with animals, remember to always respect their natural habitat and try not to do anything that can cause stress to them.

Drinks from around the world