So Melbourne is next on your list and because Melbourne is a city in Australia you may be freaking out over the costs. Because everything in Australia is expensive right? Do you think that you’ll have to starve yourself because you are on a tight budget? Don’t worry, that’s not going to happen, we’ve got you covered. Melbourne may be full of secret bars and alleyways but the cheap eats can be secretive too. Take a look at the list we’ve put together to make sure you eat good and cheap so you can keep on travelling for a little longer: 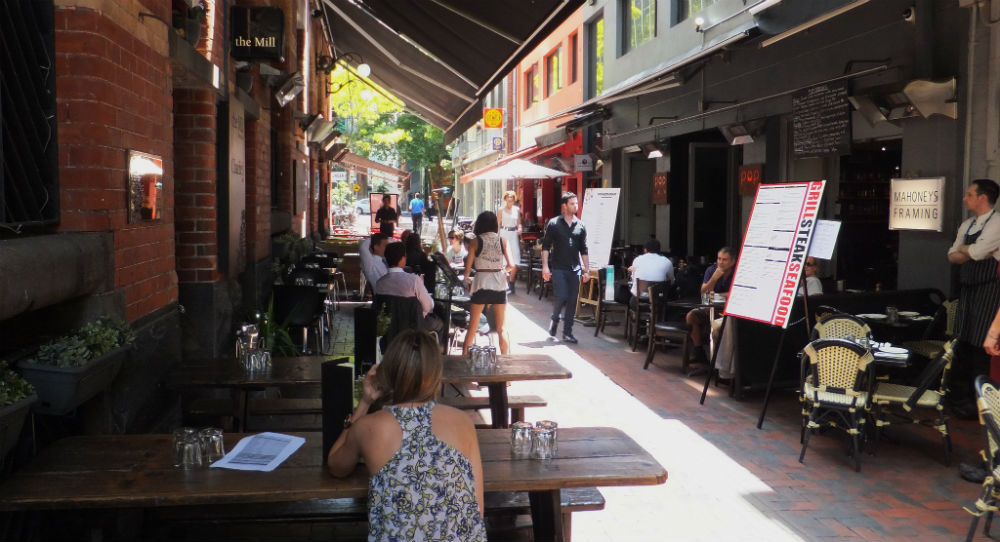 Hardware Lane is one of Melbourne’s most famous areas for dining out. It is a former horse and livery trading area and this shows with its romantic warehouse buildings above which are now converted into apartments, shops and restaurants. Breakfast, lunch and dinner are all available throughout the week. Touts are present and it’s a walking street only during business hours. Trying to discover cheaper eats on the night down Hardware Lane can be difficult, but lunchtime you’ll find some bargains for sure.
CJ Lunch Box (Hardware Street) is a Korean food café restaurant, fairly small in size tucked away from the street with some outdoor seating. Weekdays you have an option of several Korean delights for $10 including the tasty Chicken Bulgogi that comes with salad, rice and free tap water.
Nostro Postro (Hardware Lane) is an authentic Italian restaurant situated in the middle of the lane. This restaurant has over fifteen dishes for $12.90 during lunchtime hours (12-3pm) including a variety of pizza’s and pasta. If you spend $17 you get a free glass of wine or soft drink. If you want cheap Italian food in Melbourne with quality, then this is the place.
Centre Place Lane. Almost directly opposite one of Melbourne’s top laneways in Degraves Street is Centre Place. This lane is a little bit more rustic and rundown and for that it makes it cheaper to dine.
Centro Expresso Caffe is on the corner of Centre Place, with some outdoor seating and a variety of delights. All foods are $5 except from Roti’s, which is $7.90 as it advertises. This is a great place for backpackers on a budget. 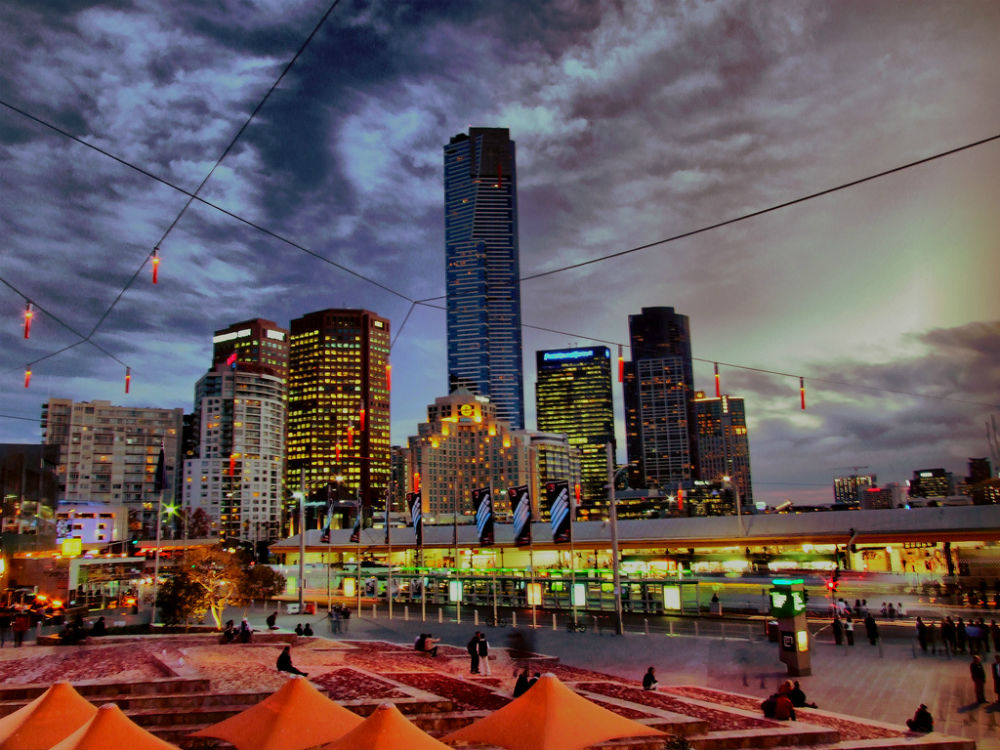 The big streets, shopping malls and international brands, you would think there would be no cheap eats in the CBD. Well, Melbourne wouldn’t be Melbourne without its city secrets.

OM Vegetarian is an Indian restaurant, which provides cheap vegetarian meals. If you pay $6.50 for the all can eat option or also known as the ‘Thaali deal’ then you can fill up as much as you want. You have the options of three varieties of vegetarian stews that include rainbow basmati rice, peas and freshly baked Naan bread.

Don Don’s is a popular Japanese restaurant, which is perfect for budget travellers. You can devour chicken or beef curry with rice for $6.90. These guys even do extra for free if you ask nicely!

Snack Delight is a run down yet tasty café near Flinders Street Station. If you want cheap eats in Melbourne CBD, this place has more variety than any other. Three slices of Pizza for $5 is the most convenient bargain, but if you want anything from pastas, noodles, pies and parmas, they are all under $15.

Mekong River is probably Melbourne’s most favourite City Vietnamese quick-fire restaurant as it’s never empty. You can get some good old’ Vietnamese Pho here for around $10.50 starting price, whether you want Beef or Chicken with Balls or Liver.

Empress of China beats the rest of the options in Chinatown if you are looking for a bargain meal. It isn’t anything flash but from $7 you can have up to fifteen meat or vegetable dumplings either pan-fried or steamed!

The suburbs in Melbourne make this city great, and Fitzroy is one of the best for sure. It has a student, arty and traveller vibe that’s great for dive bars with good food, cheap meals and quirky spots.
Brunswick Street
Bimbo’s is a cool run down two-story bar, which on some days reduces all pizza prices to just $4. This a perfect place for budget travellers. It’s dingy with couches, has regular live music and awesome happy hour prices.
Naked for Satan is a mansion of a place with an elevator amongst its four floors including a never-ending circular rooftop. However, entering here from the ground floor you can get the cheapest eats in the northern suburbs, with pinchos or pinxtos at $1 each. Enjoy pancetta, goat’s cheese, cured ham and smoked salmon to name some if you are really on a budget.

St Kilda is a backpacker and budget travellers mainstay because of the beach and the laid back vibe. You won’t be alone for long if you come here solo, it’s all travellers.

Lentils as anything is a restaurant run by volunteers serving Indian and Sri Lankan vegetarian cuisine. There are no food prices on the menu as payments are relied on by donations. The Masala Dosa is delicious in particular. If you are budgeting $5-15 is probably fine.

Author, Tommy Walker and images sourced on Flickr, thanks to Alan Lam (featured image), Ian Cochrane (Hardware Lane), R0B01 (Melbourne CBD) and Mike Russell (St Kilda). Do you know where to find amazing cheap eats in Melbourne, or maybe a restaurant or two tucked away just for travellers on a budget?