Think of Miami and you think of its beaches, dotted with poster-paint life guard towers and beautifully bronzed guys and gals. There is, however, more to Miami than South Beach. It’s got plenty to keep you amused, a healthy dose of culture and enough budget eats to keep your belly full. Here’s 20 things to do in Miami , without needing to step on South Beach (but you should probably do that too!)

Full of flavour, in the west of the city lies Little Havana. Easily confused with the Cuban capital, this lively area is full of Cuban coffee shops and walk-up cigar counters. Follow your nose to sniff out the best of its street food or embark on a Little Havana Food Tour – they’ll show you some of their favourite spots, without having to wait in line. 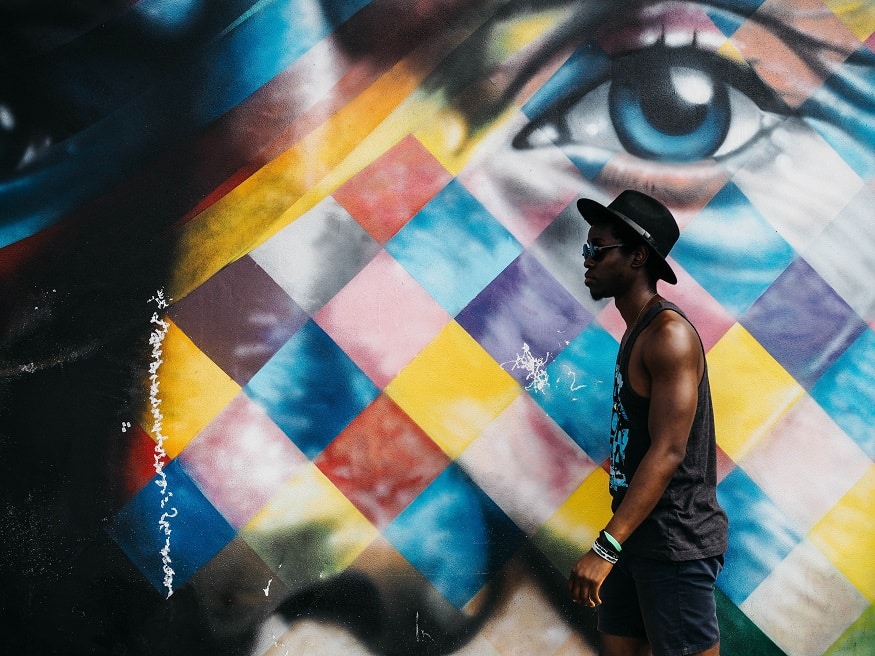 2. Check out some street art

Head to the Wynwood Walls, home to some of Miami’s best street art. Spearheaded by Tony Goldman in 2009, he revitalised an area of the city that was known for its abandoned warehouses. Goldman commissioned artists to transform the derelict buildings into the vibrant, colourful streets they are today. Your Instgram will receive a splash on colour so make sure your smartphones are fully charged.

Florida is known for its magical sunsets and South Pointe Park may be one of the best places in Miami to catch one. Bring your own picnic or grab some chicken from Joe’s Take Away, while you watch the sun go down over the Miami skyline.

4. Walk around the botanical gardens

Green fingers will be satisfied as Miami’s botanical gardens are bursting with blooms. The Fairchild Tropical Botanical Gardens host a myriad of rare tropical plants that include towering palms and creeping vines. Festivals and light shows are held year round.

5. Take a tour of the Biltmore Hotel

It was here that Al Capone fired deadly shots in his suite and the bullet holes can still be seen in the fireplace. Thriving off its notoriety, every Sunday the hotel provides a free tour explaining the rich heritage of the hotel, which stands above all others in Coral Gables.

6. Hover along the Everglades

Not far outside the city is the famous Everglades National Park. Members of the Miccosukee tribe offer tours to show you their conservation efforts. Get up close and personal with the ‘gators and hover over the marshes.

This zoological theme park has recently reopened after Hurricane Irma caused a substantial amount of damage. As well as a water park with sweeping views of downtown Miami, there are 1,000 species of parrot to get chatting too and another 3,000 animals to admire. 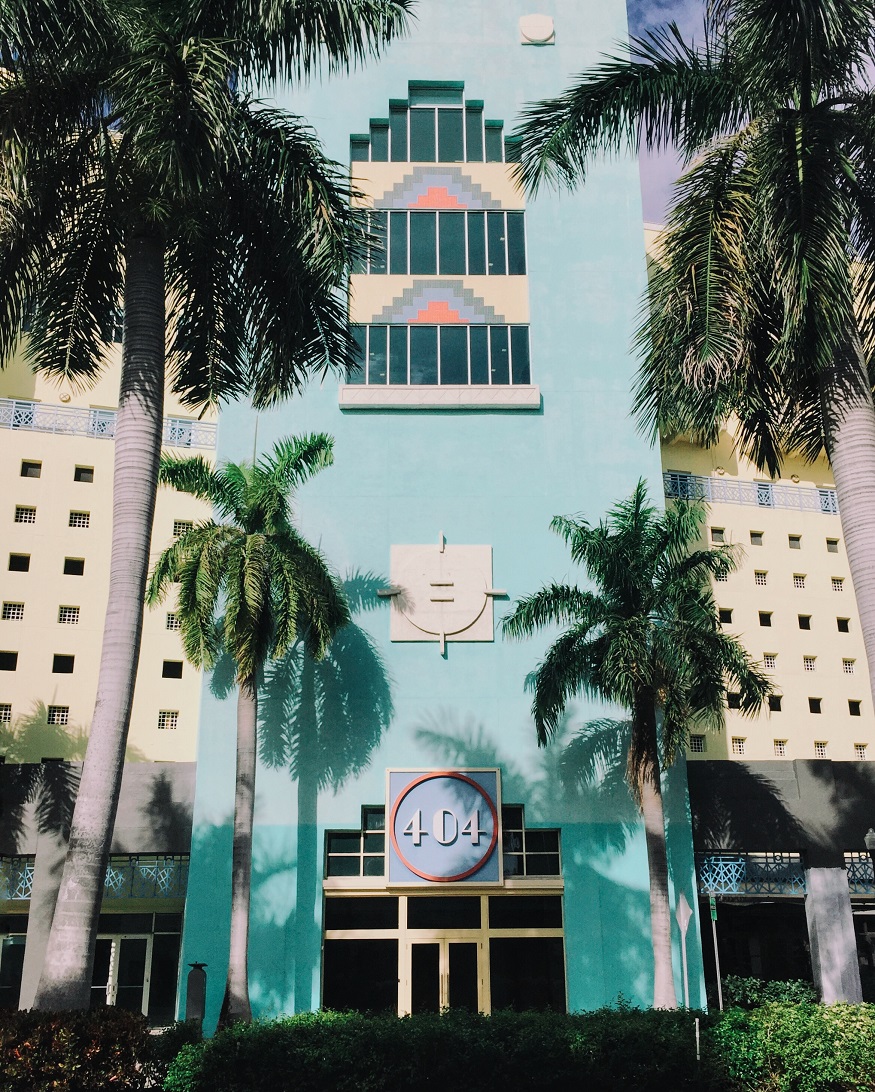 Okay, so we may be cheating a bit here because Miami is an Art Deco haven and the majority of the buildings are located adjacent to South Beach, but with no chance of a grain of sand reaching your toes it’s ok. Over 800 art deco structures can be found on South Beach including Carl’s Famous Deli – a Hohauser classic. Alternatively, visit the Wolfsonian-FIU to catch over 180,000 from art deco’s prime.

9. Swim in the Venetian Pool

This 820,000-gallon pool opened in 1924 as part of the Venetian casino. It’s now where you’ll find bikini and speedo glad locals lounging around at the weekend. Eccentuating its Mediterranean style, the pool features plazas, sprawling homes and large, alcove entranced that seem to have been taken straight from the streets of Italy.

10. Live out Little Mermaid fantasies at the Coral Castle

Way better than Ariel’s Disney version, Miami has a castle made entirely from coral. Secretly built by Edwards Leekdskalnin between 1923 and 1951, he carved over 1,110 tonnes of rock into sculptured gardens. How he managed to do this without others knowing is a pretty special skill and we need mimic it when sneaking back into our hostel dorms. 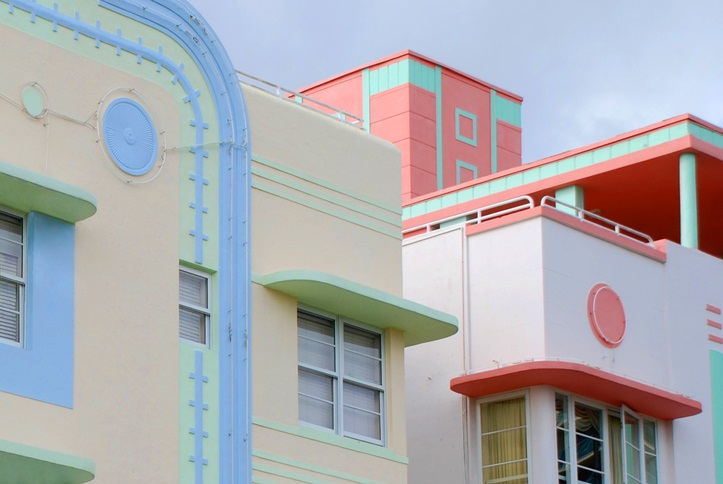 It’s close to the beach, but technically it’s not the beach so it can be on this list. This iconic street is synonymous with Miami – it’s appeared in numerous tv shows and movies including Dexter and Scarface. Even one of the main streets in a Grand Theft Auto game was modelled on it. Oh, it’s also home to those iconic giant fishbowls with flashing ice cubes…alcoholic fishbowls that is.

Bayfont Park is one of Miami’s greenest areas. Located by the sea, attend one of the sunrise yoga classes or try your hand at the flying trapeze school. Don’t worry, we won’t tell Mum you’ve ran away with the circus.

13. Take in the Freedom Tower

While it may have only operated for 12 years, this monumental building has been cemented as an icon for the help provided for Cuban refugees. It has been noted as the Ellis Island of the south and processed refugees between 1962 and 1974 at the height of the Cold War. 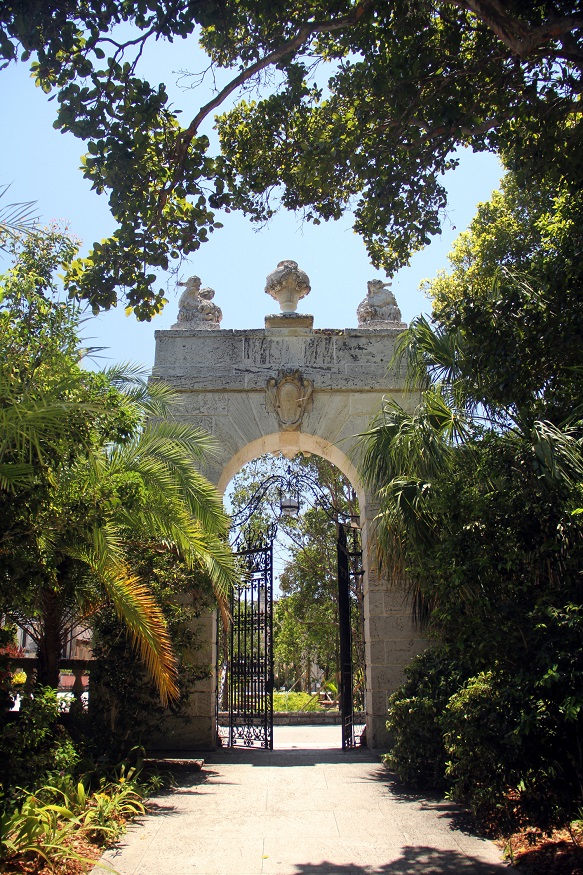 14. Take a stroll around the Vizcaya Gardens

Built in the early 20th century as a winter home for James Deering (a super successful business man), stroll around the stunning gardens modelled on the Italian Renaissance or peek inside the villa for exquisite examples of Italian flair. It’s like starring in MTV Cribs without looking in the fridge.

15. Blow all your money in Bayside Marketplace

Home to many international retailers and local boutiques, this is the place to shop in Miami. From thrift shops to up-and-coming designers, buskers to boutiques, grab a bite to eat and enjoy being serenaded by street musicians and performers.

Who would have thought Miami would be the place to go for Russian Turkish baths? Who even knew this was a thing? Founded in 1982, a mixture of heat and bathing encourages you to relax and rejuvenate. Traditional, shared rituals are encouraged to help detox and prepare yourself for the daily grind.

17. See where Bond parks his car

Visit the Dezer Auto Museum and you’ll discover many automobile artefacts from films like James Bond and Batman. The museum boasts multiple Aston Martins (the names Bond, James Bond) but also exhibits other 007’s wardrobe essentials, such as wristwatches and even a Russian T-55 tank.

18. Kayak through the bay

Paddle through the mangrove trails in the North Biscayne Bay at your own, leisurely pace. Rent a kayak by the hour or take it for the day and enjoy what many locals will tell you is the real south Florida – idyllic.

Freehand Miami may be on the doorstep to South Beach, but it offers more than just sand between your toes and a place to lay your head. Drink in the party atmosphere and be sure to attend their weekend brunches – booze, bacon and eggs and new bezzie mates are all on the menu.

What would a visit to the states be without a game of baseball? The local team, the Miami Marlins, play in the major league and this is your best chance to grab a cheap seat to a big game. We’ll buy you a hot dog if you end up on the Kissing Cam.