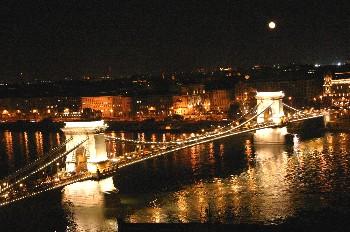 Budapest is split in two by the River Danube which flows through the city. On each side of the river, the areas of Buda and Pest both boast a wide variety of bars, live music venues and clubs where a top night out can be enjoyed. For a better idea of where to go out in Budapest, we asked you to tell us about your favourite bars in Budapest over at our Hostelworld.com Facebook page. Here’s your list of the best bars in Budapest.

Szimpla – The decorations and atmosphere are fantastic!

In operation since 2001, Szimpla is more than just a bar. Alongside the wide variety of tipples to try, you’ll also get the chance to listen to live music, see indie movies and more.

best bar in Budapest would be Szimplakert, or Csiga, depending on taste 🙂

Both a café and a bar, Csiga is a chilled out spot for lunch and a quiet drink during the day. Things get a lot livelier here at night when a mixed crowd shows up to enjoy the beers, wines and spirits offered at the bar while listening to the music played by live DJs. Regular live music sessions and exhibitions are also held here.

Klub Vittula, of course. Always a smile to welcome you.

One of the most popular spots in Budapest to go for cheap beer, an alternative crowd, live music and lots more. Better yet, it’s open until 6am so if you still want more when lots of the other bars have shut their doors this is the place to go.

Most is recommended by: Viktória Szathmáry-Kellermann and Sietse de Vries.

Most (which means ‘now’ in Hungarian) is divided up into three different rooms: a café-esque front room, a main bar area and a room used specifically for live performances. A wide variety or reasonably priced beers are available at the bar, above which you’ll see large panels covered with the drinks menu. This funky spot is often packed with people sitting around and chatting while they enjoy their drinks.

Definitely Gödör, a combined art gallery, live music venue and bar. The surrounding park is the number one chillout place in Pest for the young and the huge stairs leading underground offer a perfect place to enjoy the atmosphere without actually entering the place. And did I mention that the roof of the bar is transparent and placed under a pool in the park? 🙂

Gödör is both a club and exhibition space, plus it hosts a number of live music shows. Popular with a diverse crowd, a wide variety of events are held here especially during the summer when you maybe also see movie screenings and lots more.

Melypont is recommended by: Zoltan Varga.

This basement bar offers up a good selection of drinks in a friendly, laid-back atmosphere. Inside you’ll find an array of old-school items including old clocks and rugs, giving the place a kitschy look.

Szóda is recommended by: Timea Szabo.

Soda bottles line the window here and give this café bar its name. A wide variety of drinks are available from the bar and the interior is plastered with manga art and other funky touches.

Szilvuplé is recommended by: Timea Szabo.

This big spot attracts in a good crowd thanks to its multifaceted approach to a night out and its welcoming atmosphere. Both bar and café, there’s a wide variety of drinks on offer here including an affordable array of cocktails. Live DJs provide a soundtrack of mostly rock and indie tunes, while a number of theme nights also take place.

Check out Beckett’s Irish Pub. Declan or Monica will pull you a lovely pint.

Beckett’s is recommended by: Lukas Marchant.

Marketing itself as ‘Budapest’s only authentic Irish bar’, Beckett’s serves up a wide variety of draught and bottled beers as well as a huge selection of spirits, wines and more. Live music performances are held in the bar regularly, with student party nights also a big hit with punters.

No bar for me! Erzsebet-square rocks on a summer evening! I recommend it! Bring your own booze 😉

Erzsébet Square and park is one of the city’s most popular hangout spots. Both locals and tourists flock to Erzsébet to sit out on the grass and enjoy the lively atmosphere, often with a beer in hand!