We backpackers love discovering new places and experiences… but admit it, you love it even more when you’re the first out of your friends to experience a new place, right?! The thrilling sensation of reaching an unknown, undiscovered destination is addictive, and it only takes one look at the 20 photos below to see why.

Come with us on a journey to these 20 undiscovered holiday destinations before everyone else catches on! 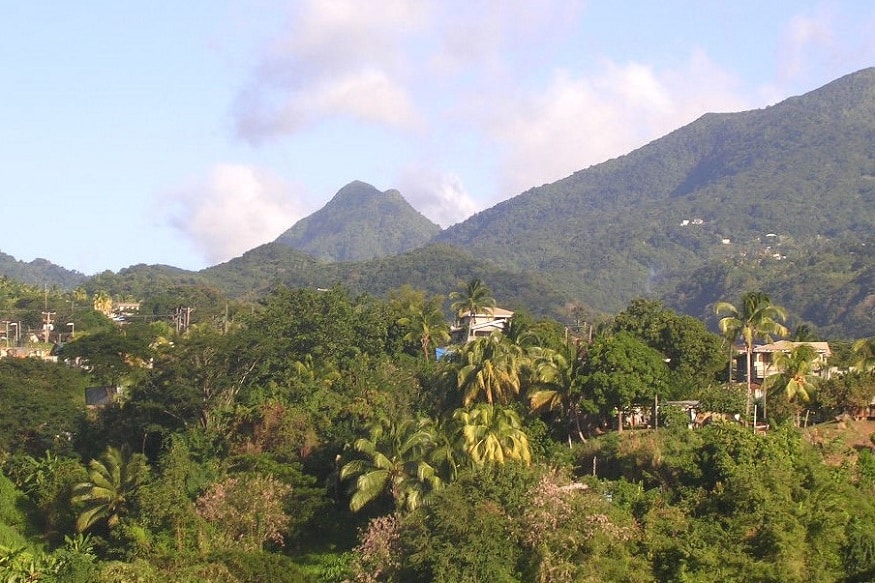 If you’re a big fan of nature and the colour green, you’re bound to fall in love with this lush, mountainous island nation. Nicknamed the ‘Nature Isle of the Caribbean’ thanks to its unspoilt beauty, it’s said that if Christopher Columbus sailed the Caribbean in 2019 the only island he’d recognise would be Dominica! Highlights include stunning tropical rainforests, the Morne Trois Piton National Park and its roaring Boiling Lake, the charming Emerald Pool waterfall and the Champagne Reef – named after its bubbling currents caused by an underwater volcano!

Find your hostel in Dominica 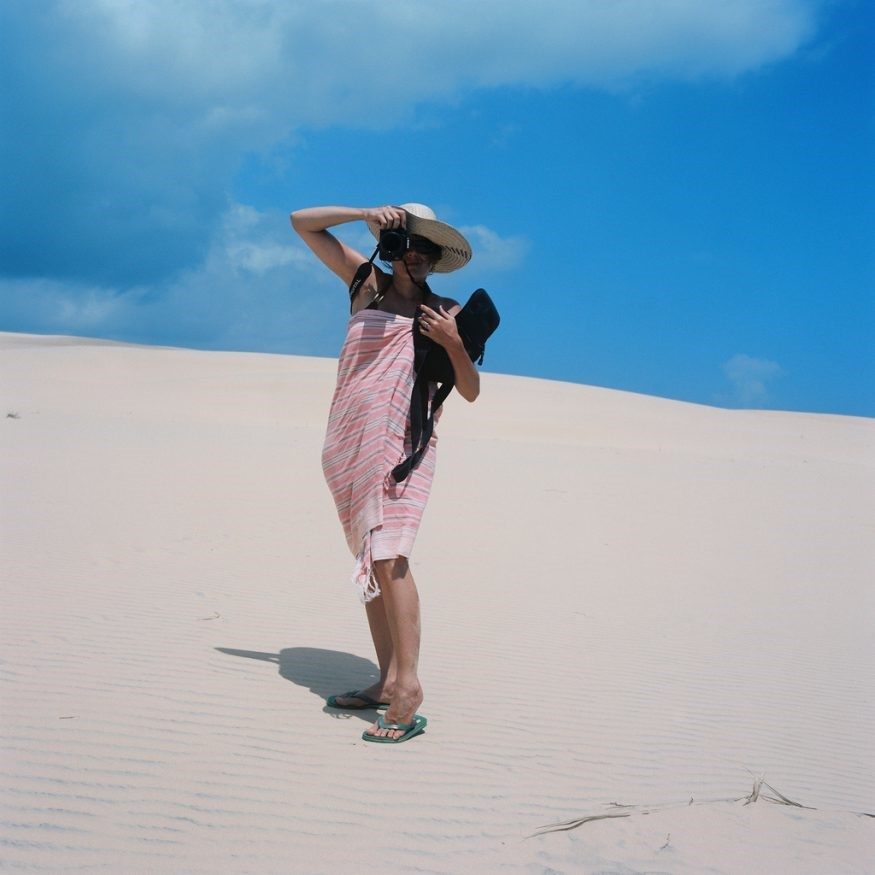 Known as ‘The Pearl of the Indian Ocean’, the island of Bazaruto feels like somewhere between heaven and earth. This amazing destination off the coast of Mozambique has stunning landscapes that have been eroded by the Limpopo River and the ocean to form a paradise of dunes, corals and hammocks suspended in the middle of the piercing blue sea! 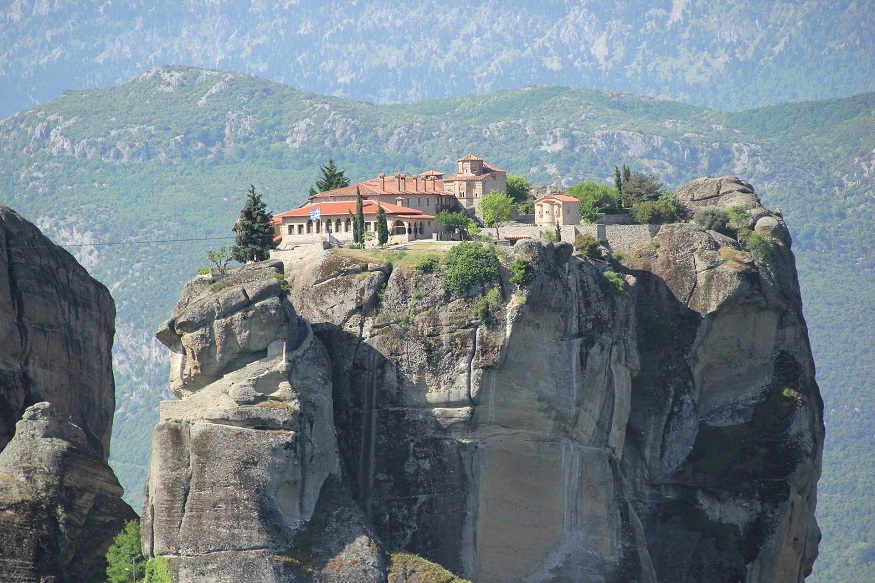 Athens, Santorini and smashing plates might be the first things that spring to mind when you think of Greece. However, the UNESCO site of Meteora in Thessaly is a place that needs to be added to your bucket list IMMEDIATELY. Here you’ll find immense natural pillars with six Orthodox Christian monasteries proudly sitting on top. This unique wonder is reachable via train from Athens to Kalampaka within 5 hours.

Find your hostel in Kalampaka 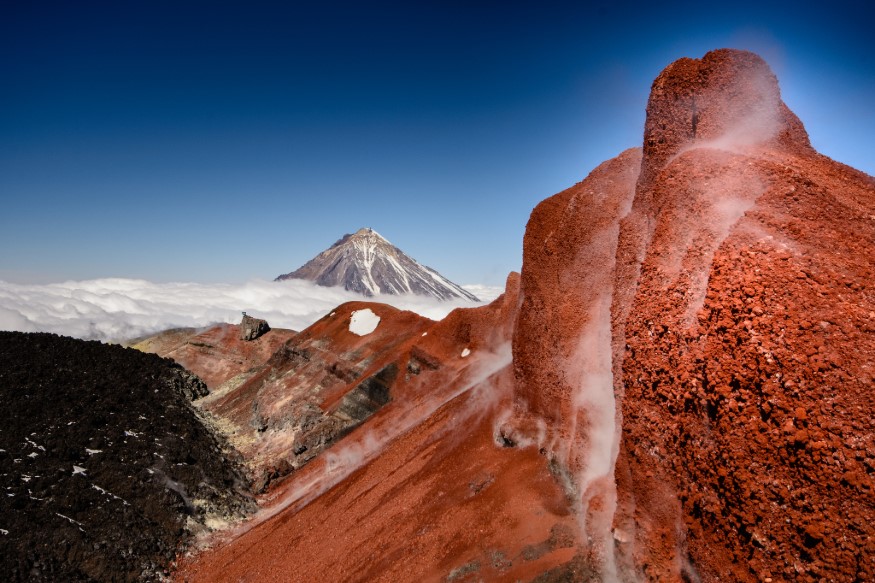 Russia is a country with so much still undiscovered by backpackers. The immense nation of tsars and vodka is where you’ll find the volcanic Kamchatka Peninsula, located in the Far East. This scenically dramatic region offers stunning trekking routes bypassing beautiful national parks, as well as the largest active volcano in the northern hemisphere, the Klyuchevskaya Sopka. It’s an other-worldly environment that needs to be seen to be believed!

This tip is way ahead of the travel curve, so there are no hostels yet in Kamchatka! But head to the nearby cities of Khabarovsk or Vladivostok and book a tour from there. 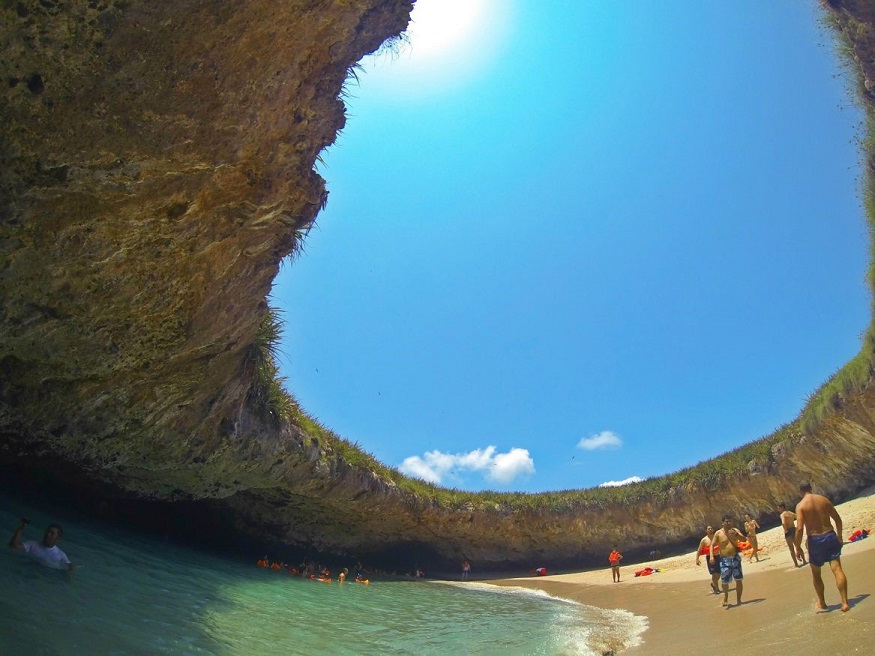 There’s no doubt about it, Mexico has some of the best beaches in the world. We all know about Cancun and Baja California, but what about the Marietas Islands? This small archipelago is easily accessible from the coastal town of Puerto Vallarta. It’s home to an array of marine life, and with an ocean water depth of between 70 and 110 feet it makes for a prime diving spot. Here is where you’ll find Playa Del Amor, a hidden cove born from a huge crater in the heart of the island!

Okay, this might not be totally undiscovered… you may have already spotted it on your Instagram feed. But by Mexico standards tourist numbers are few, and it’s so cool we just had to include it.

Find your hostel in Puerto Vallarta 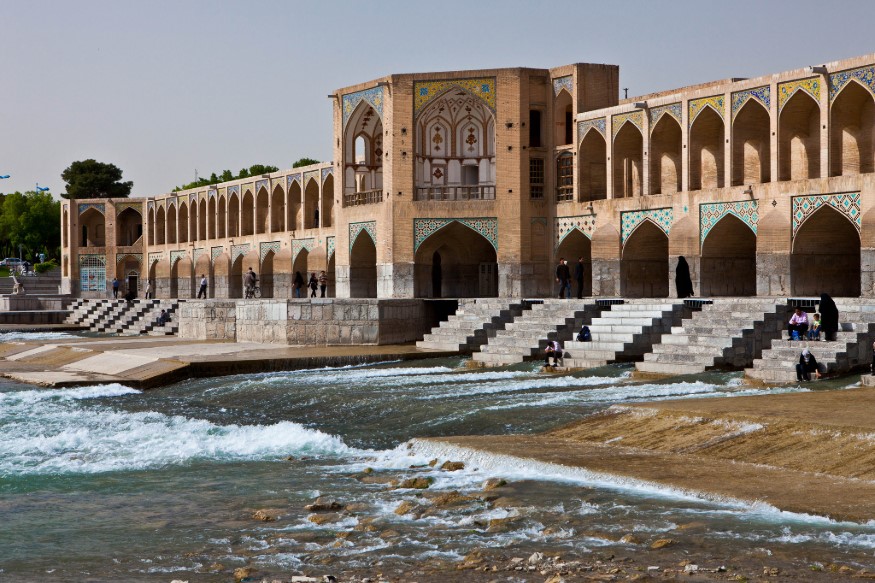 Salam doostam! Chetori? (Hello friend! How are you?) Backpackers have begun flocking to Iran to experience the hospitality of its people and the pure tranquillity and beauty of its towns and cities. Magnificent Isfahan is the cultural centre and former capital of Iran. Its boulevards, bazaars and crowded squares centre around the Mosque of the Imam, whose enormous blue dome dominates the city. Its unique colours and intricate details are sure to enchant every traveller!

Find your hostel in Isfahán 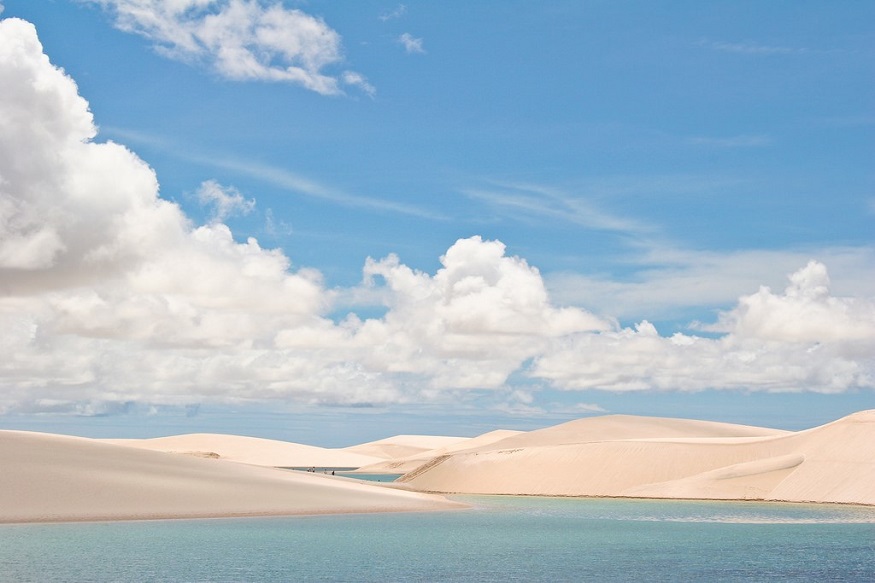 Brazil is the nation of carnaval, samba and surreal landscapes in the form of vast jungle and white sandy beaches. Brazil’s natural beauty is on display in every mile of the country, and the state of Maranhão is no exception. It’s here you’ll find the Lençóis Maranhenses National Park, where during the rainy season (from January to August) lakes of emerald green emerge between the rolling sand dunes. This contrasting scenery will take your breath away.

Find your hostel in nearby Barreirinhas 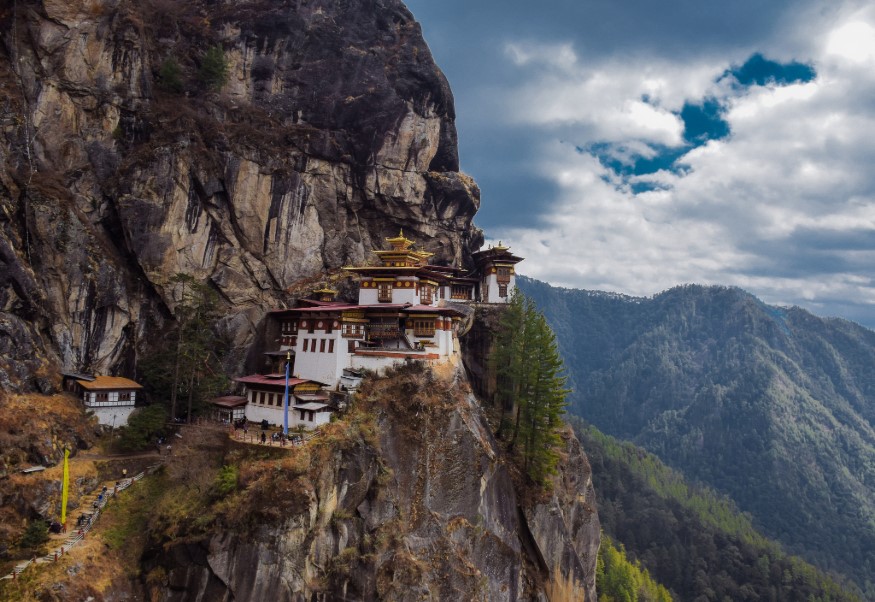 Legend has it that in the 8th century, Guru Padmasambhava flew on the back of a winged tiger more than 3000 metres up a mountain in the valley of Paro, Bhutan. Once there, he meditated for three years, three months, three weeks, three days and three hours, before beginning the construction of the seven temples that make up Taktshang, AKA Tiger’s Nest. Due its precarious location it takes around five hours to hike there and back, surrounded by untouched scenery. It’s undoubtedly one of the most exciting places to visit in Bhutan!

To visit Tiger’s Nest, you’ll need to stay in the town of Paro, which is where the country’s only international airport is located. 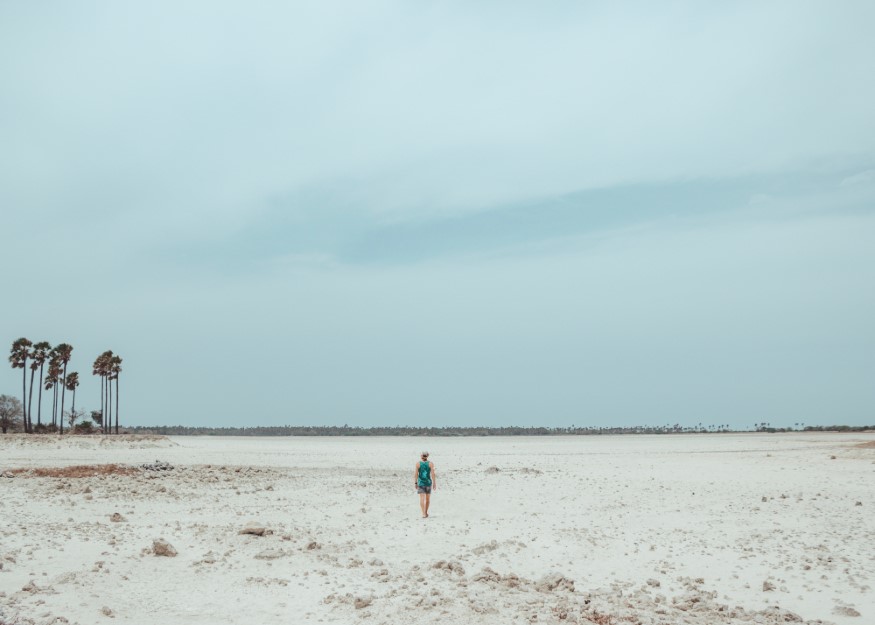 In 2009, the end of the Sri Lankan civil war resulted in the country opening its arms to tourism, firmly cementing Sri Lanka as a backpacker favourite. However, the north remains largely unexplored by travellers due to the post-conflict reconstruction of the area. It’s an area largely influenced by India, with crystalline blue waters, delicious food and colourful temples, and nowhere is this better explored than in the vibrant city of Jaffna.

Find your hostel in Jaffna 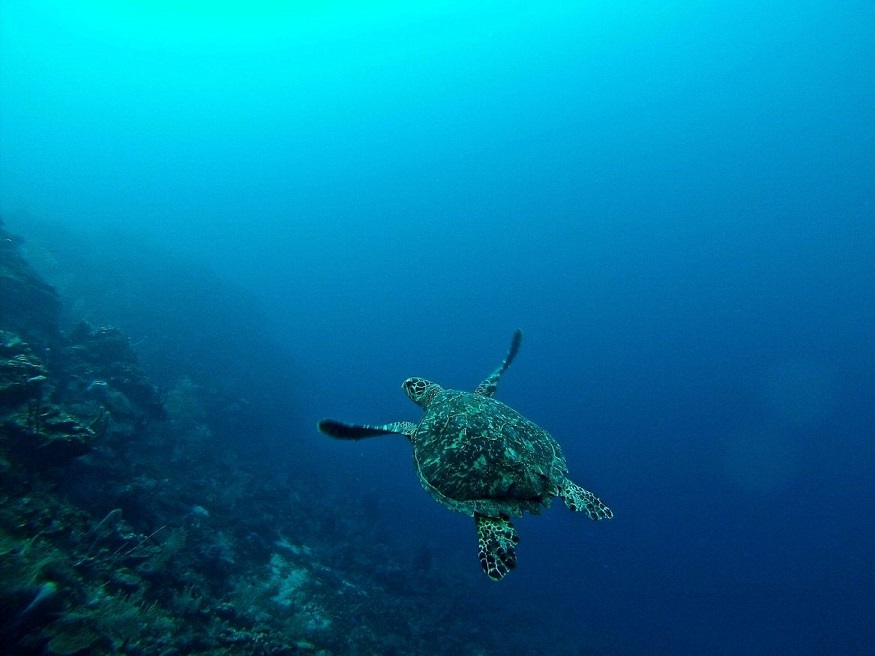 In the Honduran Caribbean are three postcard-perfect gems known as the Bay Islands, with the most beautiful being Roatán. If you love diving and hiking then you MUST make it out to its dreamy beaches, corals reefs and mystical jungles. Honduras doesn’t yet draw in as many travellers as other Central American nations, but it’s set to become a backpacking hotspot of the future. Hurry up and explore Roatán’s pristine shores before everyone else finds out!

Find your hostel in Roatán 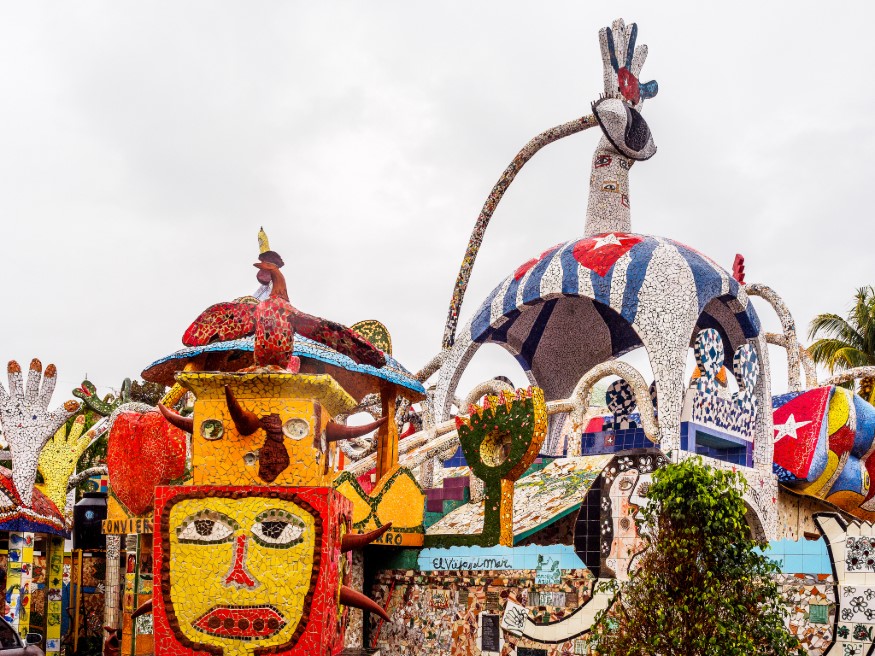 Havana is one of the most vibrant cities in the world, so it’s no surprise that there are incredibly charming places to be found beyond the typical tourist circuits. One of them is located in the humble neighbourhood of Jaimanitas and is known as Fusterlandia. It’s characterised by the extensive public art installations of local artist Jose Fuster, AKA the ‘Picasso of the Caribbean’. Sculptures of magical beings intertwine through swimming pools and stairs, creating an unmissable, colourful sight to behold!

Find your hostel in Havana 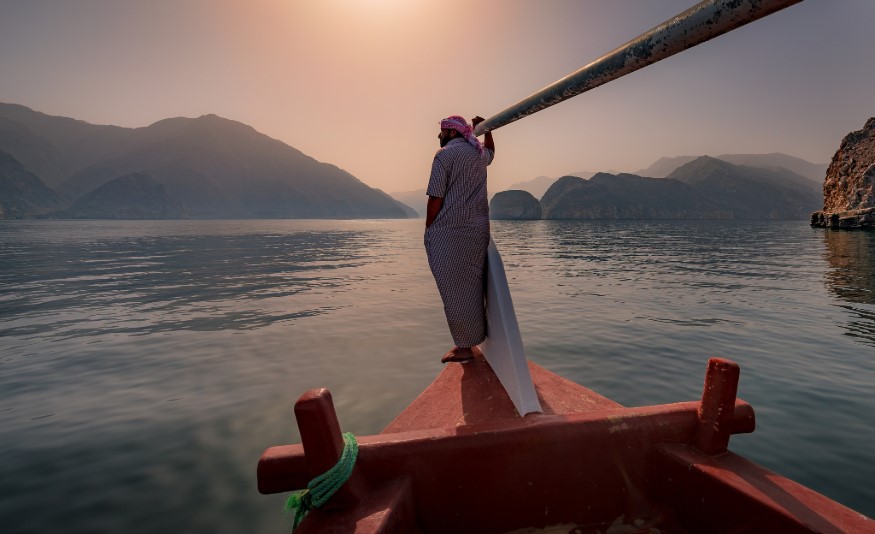 Oman is a country in the Persian Gulf, of which little is known to the average traveller. But hey, we’re no average travellers! Just recently this mysterious country has begun to attract international attention thanks to its monumental cities, vast deserts and its star attraction, the Musandam Fjords. Here you can kayak along turquoise waters surrounded by ochre mountains, and even snorkel and swim with wild dolphins!

Find your hostel in Oman 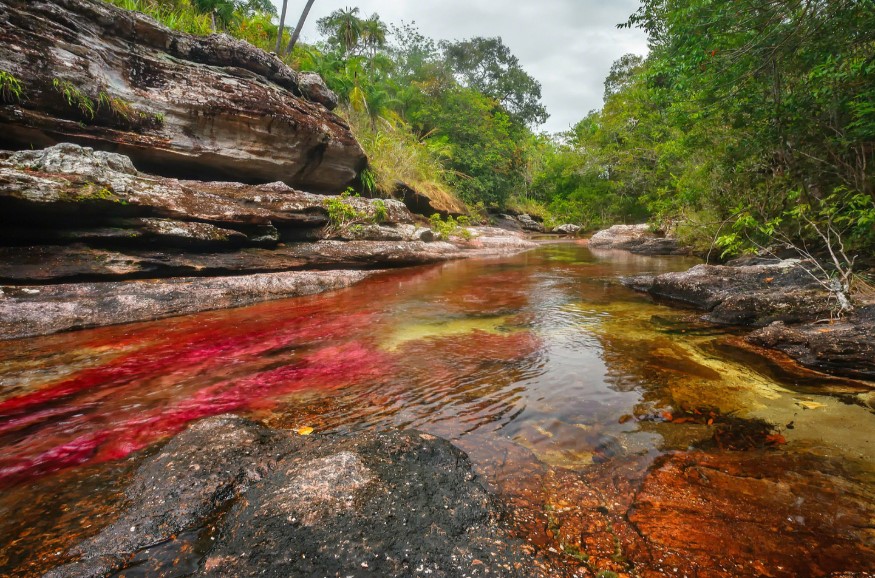 This river in the Colombian Serranía de la Macarena should be considered the eighth wonder of the world in our humble opinion! Walk along the river to discover beautiful waterfalls and quiet areas where rare local flora is left to bloom in its full glory. Between late July and early November, Caño Cristales takes on its iconic yellow, red, green and black hues as a result of the ‘macarenia clavigera’, an aquatic plant that transforms this magical river beyond our wildest rainbow-filled dreams.

Find your hostel in La Macarena 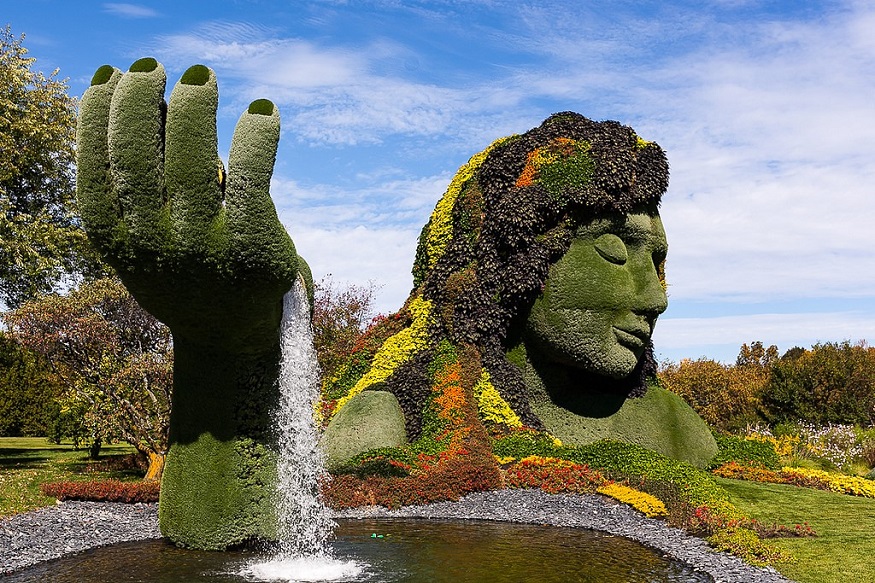 During summer the multicultural, bilingual, vibrant city of Montreal truly blossoms. If you liked the movie Edward Scissorhands, we bet you’ll be interested in the Montreal Botanical Garden, an urban jungle packed full of interesting topiary and colourful plants. Gaze in awe at the lanterns of its Chinese Garden or discover the rock creatures waiting in the Alpine Garden. It’s far too easy to lose a day just strolling around the grounds!

Find your hostel in Montreal

Some people say hell doesn’t exist, but we may have found a gateway to it. Welcome to Derweze, the fiery attraction of the lesser travelled Middle Eastern country, Turkmenistan! It’s an underground crater filled with an unusually high percentage of natural gas that’s been burning non-stop since an engineering accident in 1971. With many scary nicknames including ‘mouth to the underworld’ (yikes), it’s no wonder travellers are becoming intrigued to see this phenomenon for themselves.

Yet again, we even beat the hostels to this spot… but watch this space 😉. It is however possible to camp in the nearby desert! 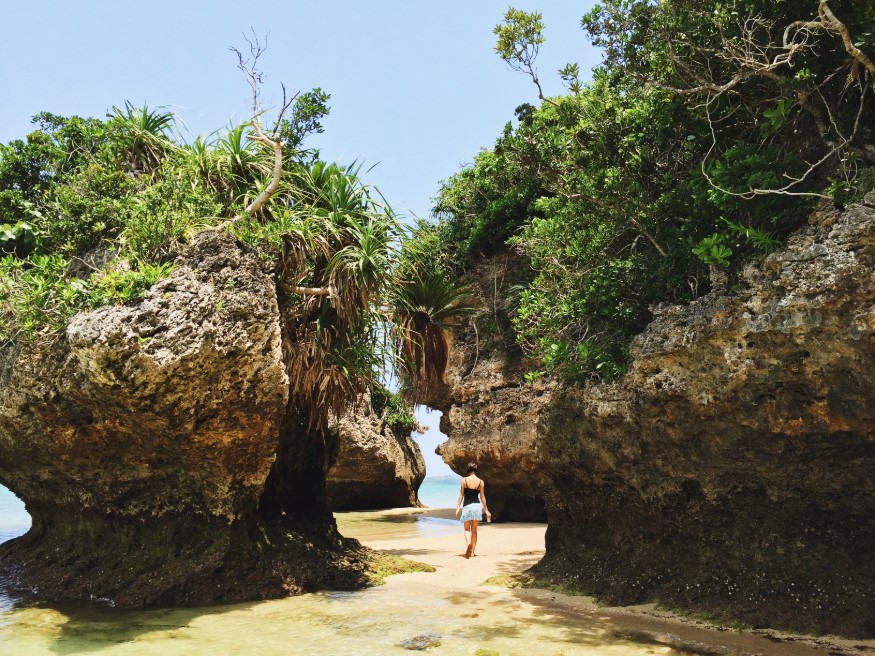 Beyond Kyoto’s temples and Tokyo’s futuristic neighbourhoods lies so much more to Japan. For starters, Okinawa’s wonderful islands are a paradise of green cliffs and turquoise blue beaches. Ishigaki’s perfect shores wouldn’t look out of place in The Caribbean, and sights like the stunning Kabira Bay are a backpacker’s delight!

Find your hostel in Okinawa 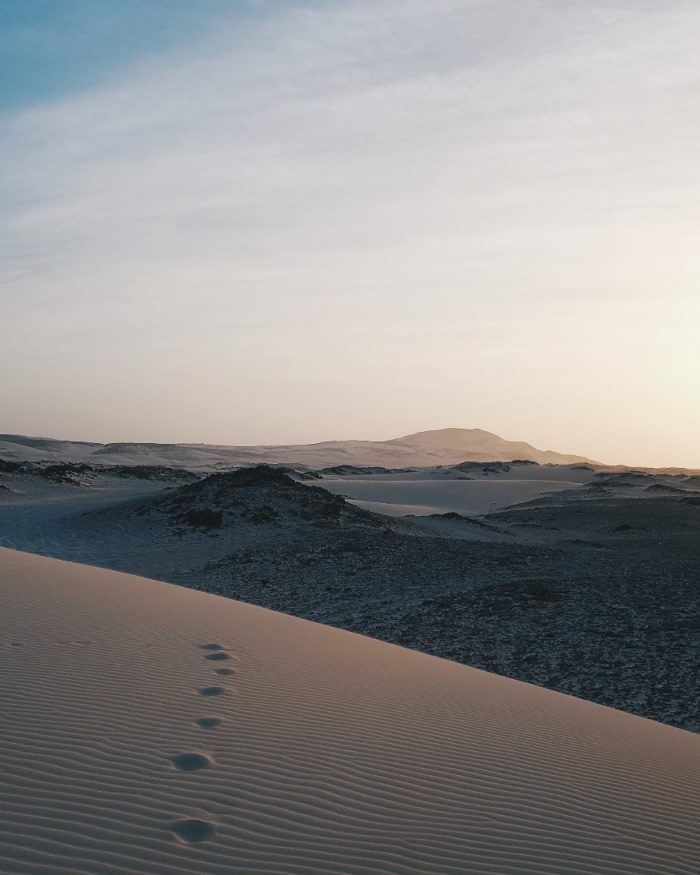 Most travellers to the archipelago of Cape Verde, located off the west coast of Africa, venture no further than the island of Sal. While lovely, this more-touristy destination is a total contrast to Boa Vista, an island of sea turtles, dreamy beaches and colourful villages surrounded by the glistening Atlantic. This paradise is the perfect place to unwind for a few days and enjoy a totally chilled pace of life.

Find your hostel in Boa Vista 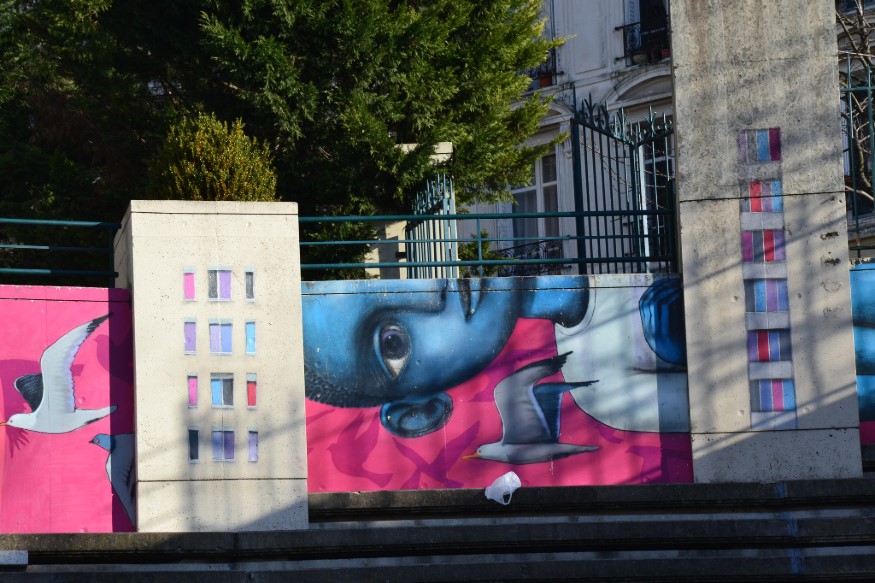 As Thomas Jefferson said, “a walk about Paris will provide lessons in history, beauty, and in the point of life.” True dat! Paris is one of the most visited and romanticised cities in the world, but there are more places to fall in love with than the Eiffel Tower or Montmartre. Slip under the radar and pay a visit to Belleville, a neighbourhood that’s becoming one one of the city’s most vibrant areas packed full of culture and charm. Stroll around admiring its street art and enjoy some tasty crepes at any of its hipster hang-outs. This is the other side to Paris that most tourists haven’t found out about yet!

Find your hostel in Paris 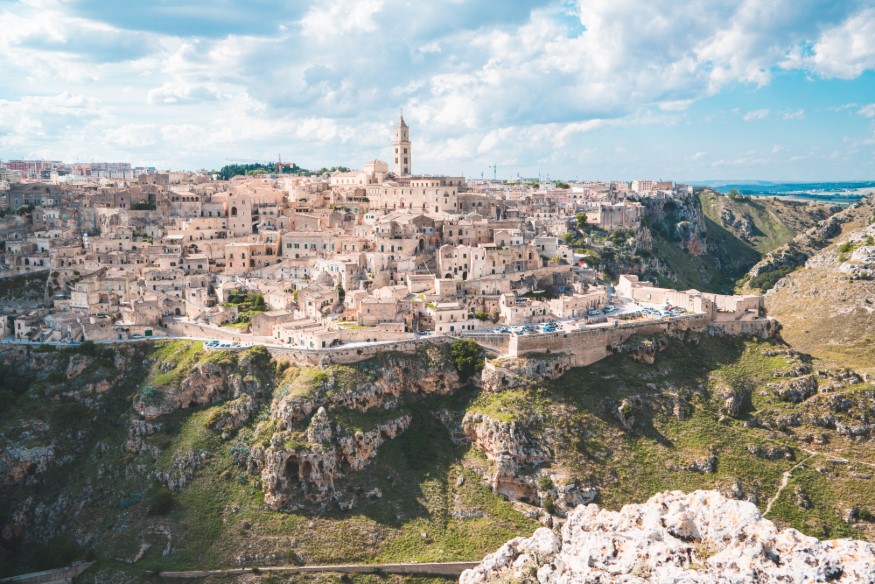 Italy is full of must-see places: the awe-inspiring Rome, the artistic Florence or the latest Instagram sensation, Puglia. But we’re all about trend setting, not following, so we’re focused on the city of Matera in the ‘sole’ of the Italian boot. It’s home to the Sassi, a series of caves that are carved into the mountainsides and house museums, bars and restaurants. It’s a city quite unlike any other!

Find your hostel in Matera 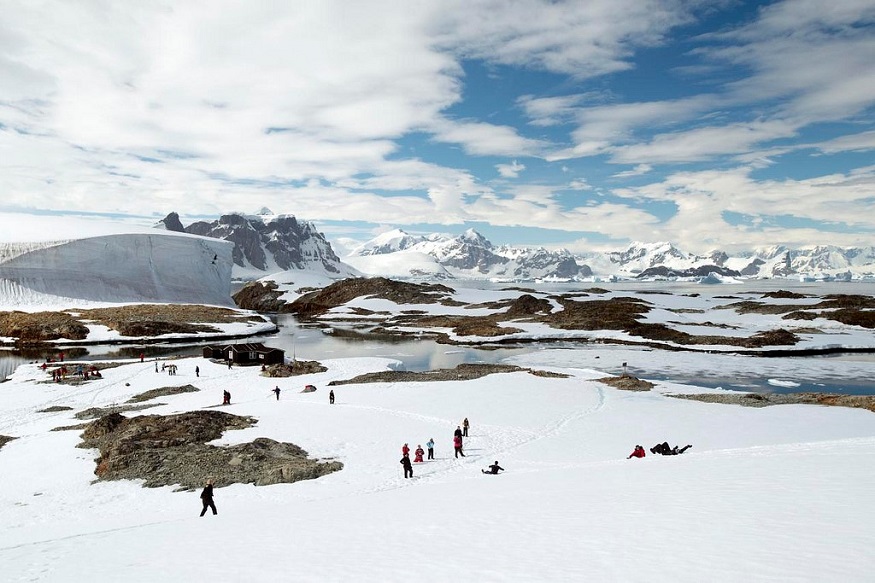 The snowy seventh continent remains an enigma to travellers. Most Antarctica adventures begin in the port of Ushuaia, Argentina’s most southern city, and continue through the land of vast whiteness, icebergs, glaciers and spectacular mountains. It’s not the easiest destination to visit, but the breathtaking views and total serenity that await at the end of the earth make this voyage worth the while. We bet not many of your mates have ticked this off their bucket lists yet?!

Have you ever been to one of these undiscovered holiday destinations? Do you know of any other incredible places yet to be touched by travellers? Let us know in the comments!

Alberto is a Spanish writer and storyteller always in search of new adventures. He loves to write about tropical, colourful and unusual places.  You can find him on Instagram at @albertopiernas.

🌟 Unbelievable places in the world that actually exist