10 Amazing Free Things to Do in Lisbon

If you didn’t already know, everyone is obsessed with Lisbon right now, and if it’s not already on your summer to do list, it will be after you read this. With its sun-drenched rooftop bars, stunning architecture and mouthwatering restaurants, there is no shortage of things to do in Lisbon. The best hostels in Lisbon might also be some of the best hostels in the world, but you didn’t hear it from us. Keep reading and then start packing people… 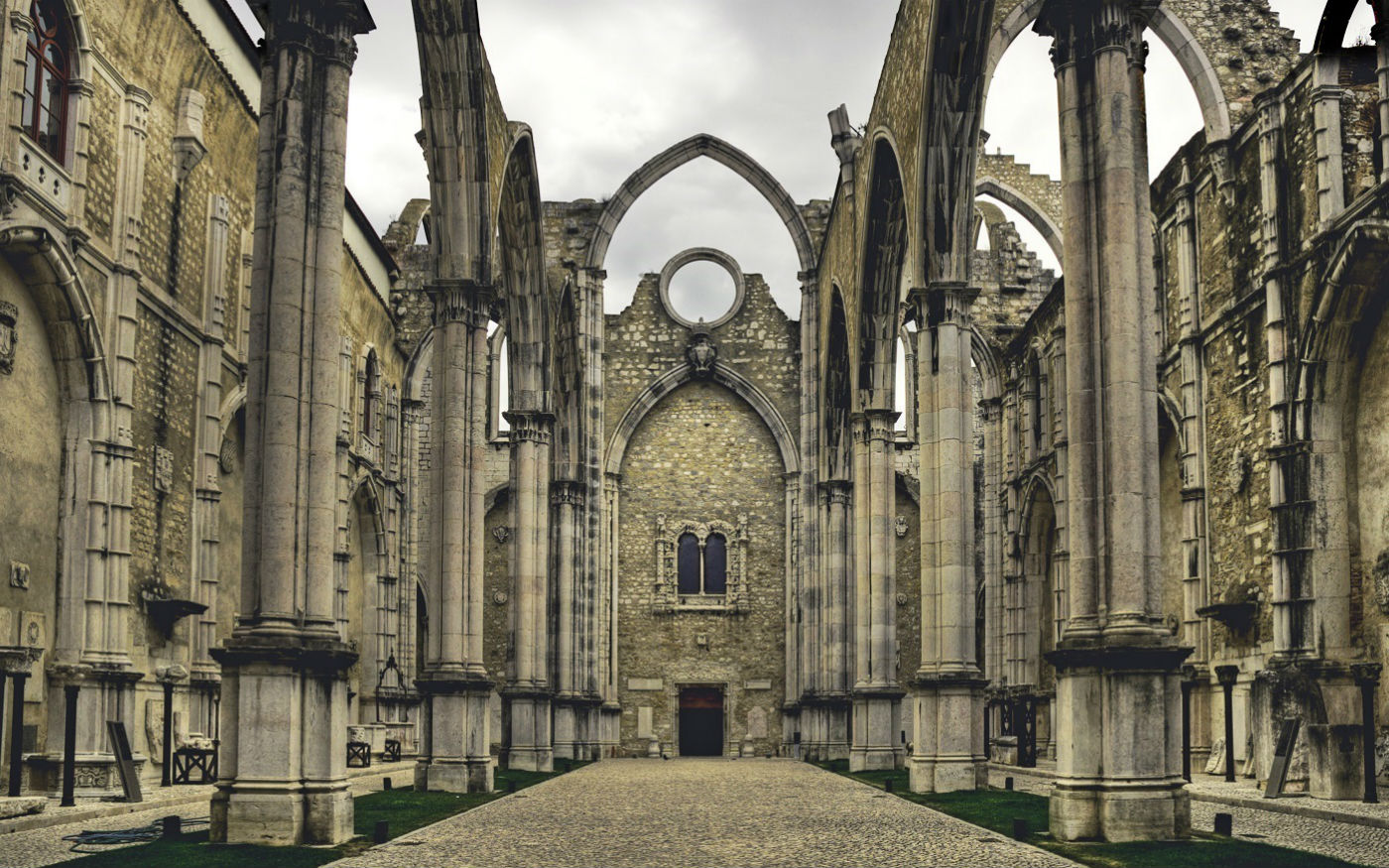 It’s a bit of a climb up to the ruins of this beautiful convent, but you’ll be rewarded with fine views over Chiado and the Old Town from the nearby “miradouro” (aka viewpoint). If you want to save your legs and don’t mind queuing, then pay a couple of euros and take the beautiful Santa Justa Elevator; this industrial-age masterpiece is the oldest functional elevator in Lisbon.

“Park” in Bairro Alto is a rooftop parking lot that has been transformed into an elevated garden terrace where you can see 180 degree views of Lisbon. And if you go outside of opening hours you don’t even need to spend money at the bar – just bring your own beer and enjoy the view.

Address: Park, Calcada do Combro, 58 Bairro Alto, Lisbon
How to get there: The 28e bus to Santa Catarina bus stop
Opening hours: Tuesday-Saturday 12:30 – 2am

3) Discover the city with a free walking tour 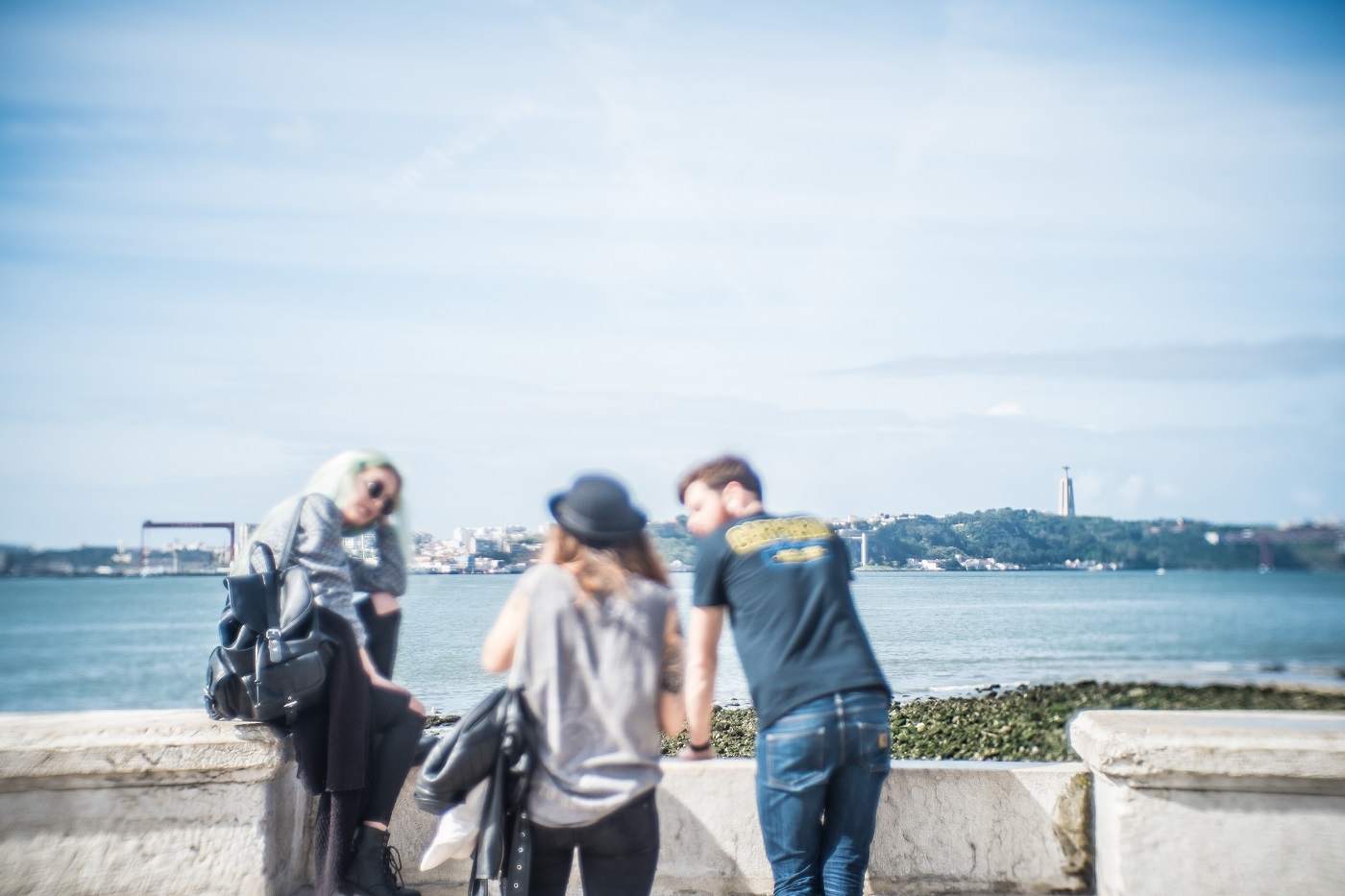 If you’re looking for some healthy things to do in Lisbon, then lace up your trainers for the free walking tour, which leaves from Praça do Comércio starting at 10am in English and Spanish. Look out for the guides in red SANDEMANs NEW Europe T-shirts, or a guide with a giant red umbrella  with the words “free walking tour” on. The three hour tour includes sights such as Bairro Alto, The Great Earthquake of 1755 and The São Pedro de Alcântara viewpoint, to name but a few.

Address: Praça do Comércio
Opening hours: Monday-Sunday various times from 10am, check website for details
How to get there: Metro stop Terreiro do Paco 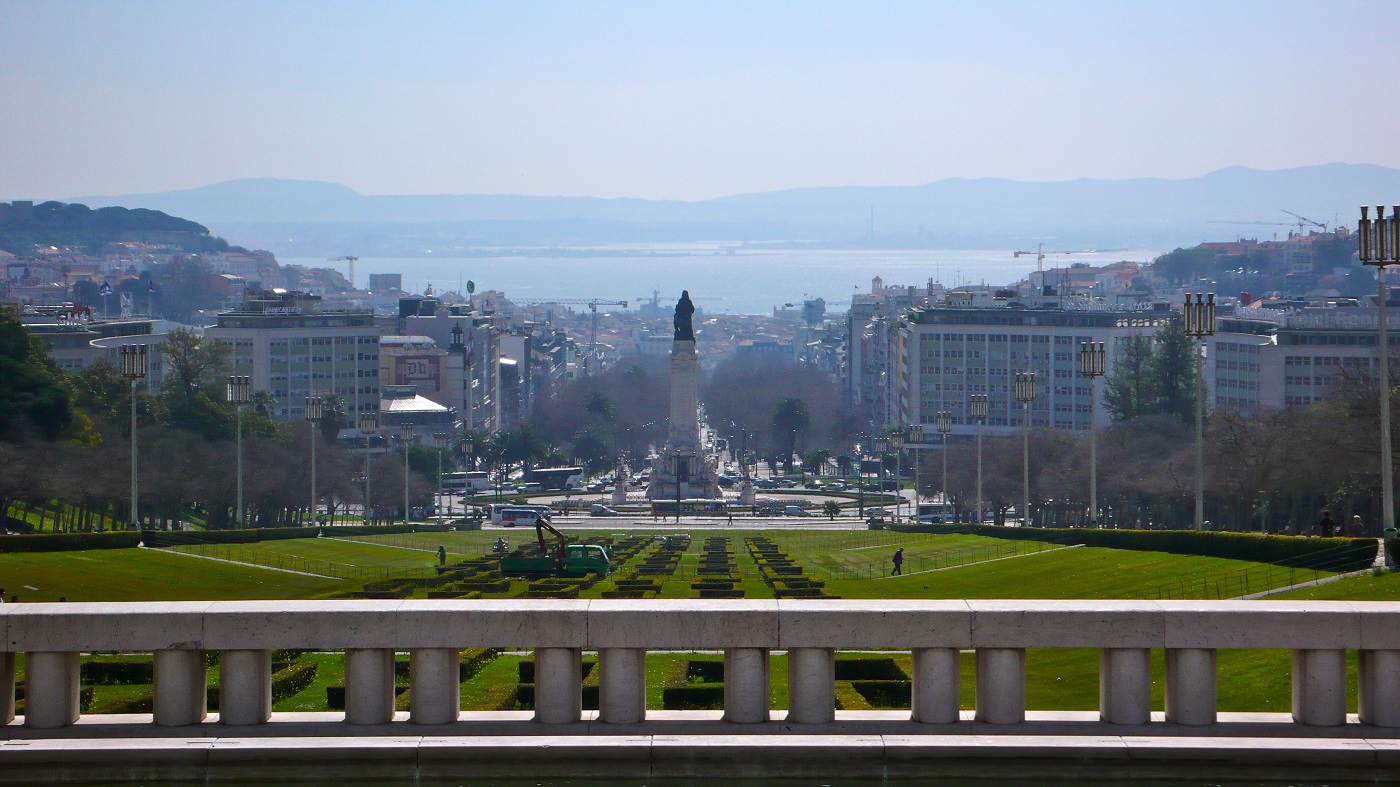 The view at Parque Eduardo VII is fit for a King, with views over the city of the castle and River Tejo. The park is also where Shakira filmed her “Dare” music video, so if you’re feeling limber why not create your own tribute to this dancefloor classic. (“la la la la”)

5) Soak up the sunshine in Lisbon’s newest park

A hidden gem in the middle of the city is newly opened park Jardim da Cerca da Graça. Hailed as one of the biggest green areas in Lisbon, it’s located between Graça and Mouraria, two of the historical neighbourhoods. Go via a supermercado to pick up a picnic and then snag one of the smuggest sunbathing spots in the city.

6) Visit the Resistance Museum and ponder the price of freedom 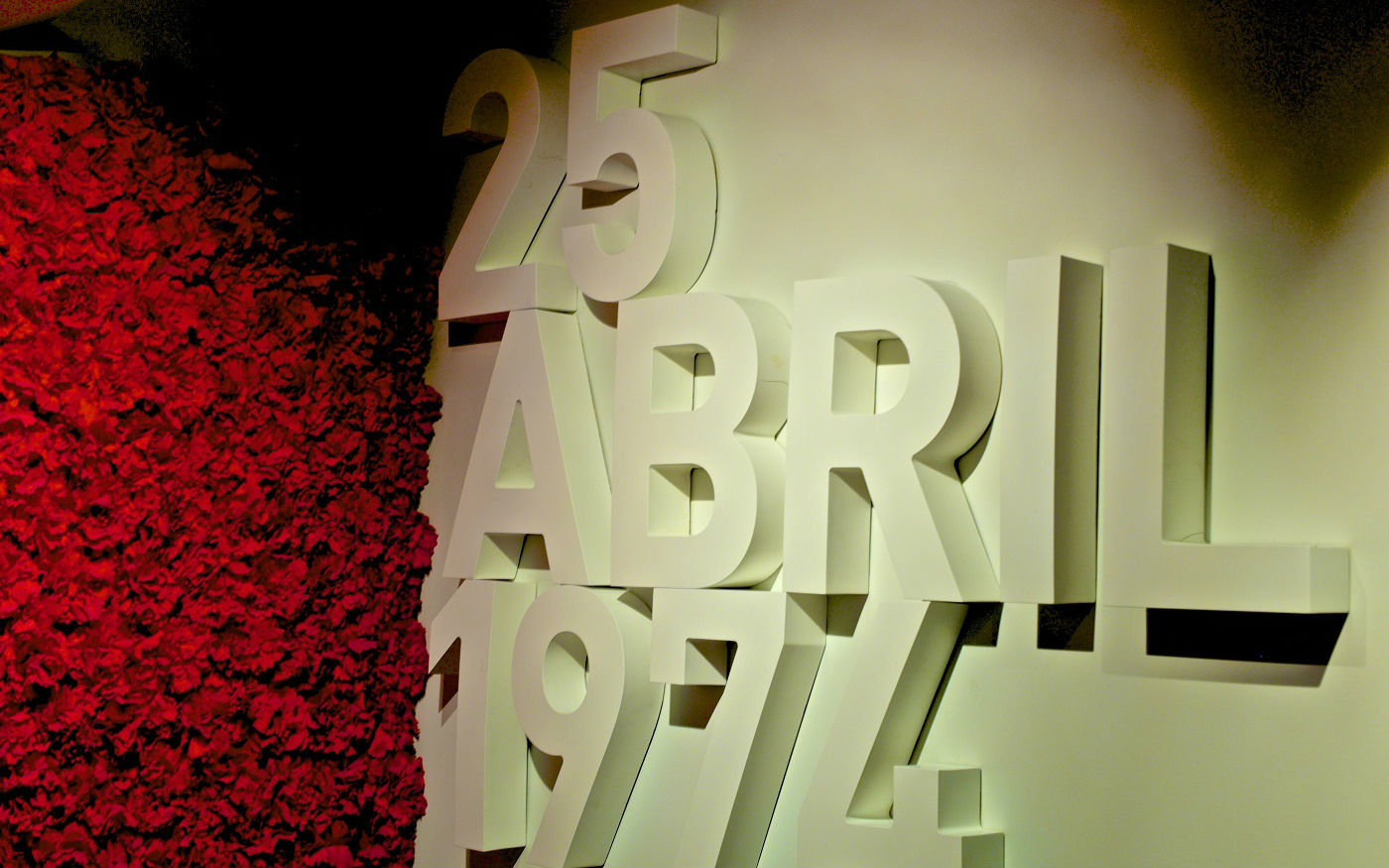 There’s no charge to enter the Museu do Aljube-Resistência e Liberdade, which is ironic considering this museum is all about the price some have paid for freedom. Housed within a former political prison, you can learn how prisoners were treated under the Salazar dictatorship and how the people bravely resisted the regime during its 48 year reign in Portugal, which only ended in 1974. Make sure you visit the fourth floor café with its incredible panoramic view over Lisbon.

7) Sleep under the stars on the cliffs of Sintra Cascais 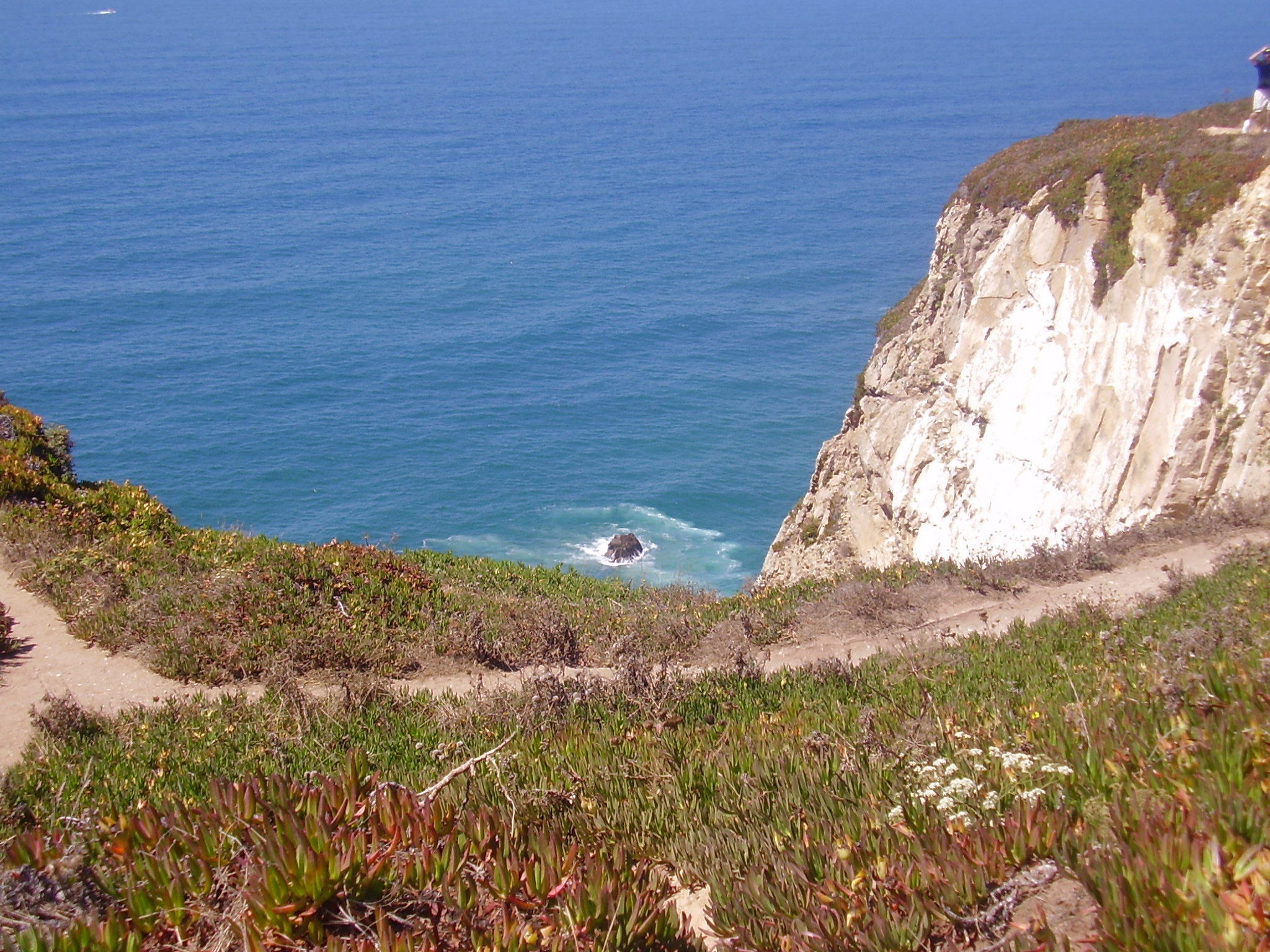 Get out of Lisbon for a microadventure and escape to the picturesque Sintra Cascais. Take your tent and warm clothes and select your woodland spot of choice above the crashing waves of the Atlantic Ocean. Best time of year for camping is May, and remember woolly hat, headtorch, raingear, sleeping bag, mat and bivvy bag.

How to get there: Take the 417 bus from Lisbon which takes 45 minutes to Cascais, then the 403 bus to Sintra.

8) Marvel at a medieval wall under the city

Venture underground the streets of Lisbon and discover the D Dinis Wall, named after named after King Dinis, one of Portugal’s most charismatic monarchs. This 800 year old medieval wall stretches for 30 metres underground and was discovered during a major refurbishment of the Bank of Portugal headquarters. The accompanying museum Interpretation Centre where a museum showcases a number of artefacts that were uncovered when the wall was discovered.

Address: Beneath the former Church of S. Julião
Opening hours: Tue-Sun 10am-6pm
How to get there: Metro stop Baixa-Chiado

9) Admire the eclectic trinkets at the “thief fair” 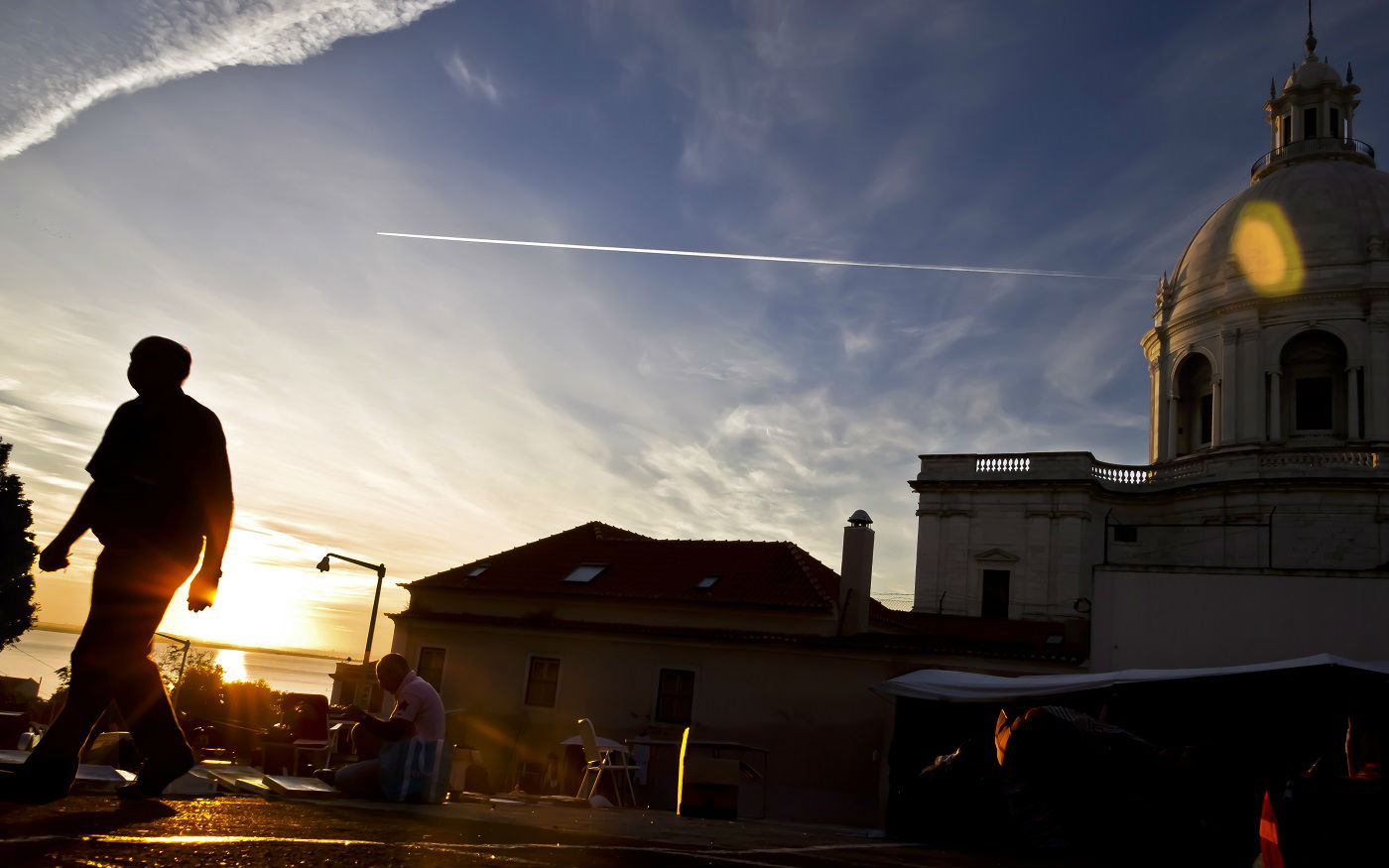 Literally translated as “thief fair”, this is the oldest flea market in Lisbon and dates back to the Middle Ages. Locals only have to ask for a license at City Hall to sell whatever they please so expect a very eclectic mix, from second hand furniture, to books, magazines, clothing, vinyl records, old black and white pictures, vintage cameras, tiles and antiques. Hagglers welcome.

Address: Campo de Santa Clara
Opening hours: Tuesday and Saturday 6am-5pm if the weather is good
How to get there: Buses 712 or 734 to Campo de Santo Clara bus station

10) Listen to some sexy saxo beats

If you visit Lisbon in summer, get yourself down to the free MEO jazz festival which runs from 2nd May- 27th September in open spaces and gardens across the city. Pack a picnic and some beers and prepare yourself for some great music and a friendly vibe every Saturday and Sunday night from 5pm. Some of the dreamy locations selected for this year’s performances include Parque Marechal Carmona, Jardim Casa Historias and Parque Tejo.

Let us know some of your favourite free things to do in Lisbon in the comments below.

Where to stay in Lisbon: an insider’s guide

The best hostels in Lisbon for any kind of traveller

The best places to visit in Portugal

Seven destinations where you can help out with wildlife conservation projects