While Mykonos is the island to party on while visiting Greece, that doesn’t mean there’s no fun to be had on the mainland. Don’t underestimate Athens’ nightlife scene. The options are endless: techno-blasting superclubs that are open ‘til sunrise, chilled-out live music venues serving up local beers, or craft cocktail bars that are the perfect mix of trendy and relaxed. Whatever your vibe, you’ll find a place for you in Athens.

It’s a pretty big city, so it’s probably best to break down Athens’ nightlife by neighbourhood. Club-hoppers should hit up the areas of Gazi and Monastiraki, where you’ll find huge venues hosting international DJs and the streets packed with partiers. If you’re more about trendy bars, the neighbourhood of Exarchia is a hip hotspot with a huge array of small bars and a growing food scene. Hipsters and cool kids will fit right in on a night out in Koukaki, where you’ll find live music venues and chill bars frequented by young locals.

You really can’t go wrong no matter where you choose to end up, as each area is home to a ton of places, perfect for a night of bar and club crawling. So when it comes to Athens nightlife, here’s everything you need to know. 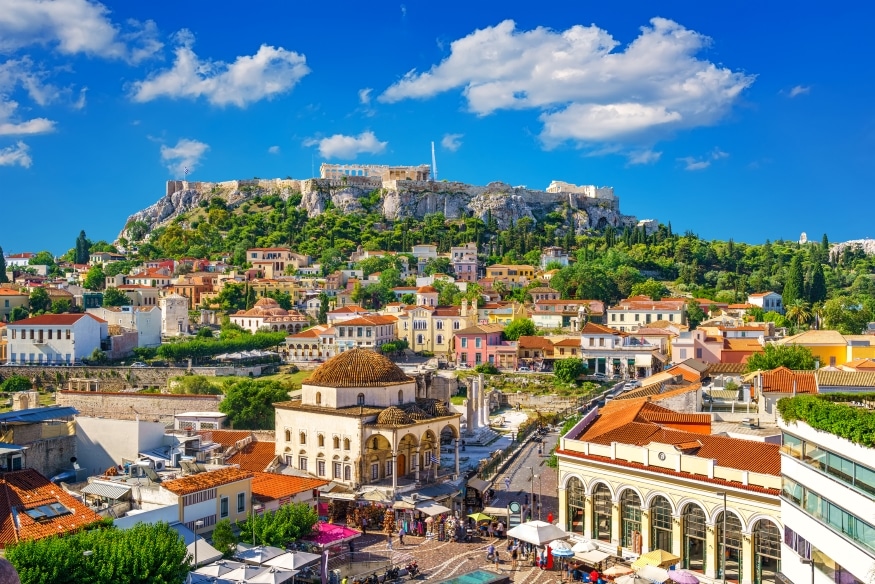 We’re going to do a special deep dive into this neighbourhood because, chances are, if you’re a hardcore partier (or just want to check out the Greek party scene), you’ll end up here. Gazi is where you’ll find the kind of giant clubs you see in movies. Think giant confetti cannons, famous DJs, multi-storey dancefloors, and music so loud you can’t hear anything else. It’s European nightlife at its peak.

Gazi used to be an industrial neighbourhood, but the factories have been converted into music venues, and the huge gas works has been turned into a museum and cultural centre called “Technopolis”. Tucked in with the clubs you’ll find small bars with strong drinks, live music, and all around good vibes.

Where to party in Gazi:

For a night out like no other, head to Pixi. Not content with just being a giant dance club in an uber-cool renovated space, Pixi is a whole audio-visual experience. 3D projections blend seamlessly with the music, spun by a rotating selection of local and international DJs.

Lindsay Lohan’s Athenian club is pretty much exactly what you’d expect. It’s one of the city’s biggest clubs, frequented by girls in heels and men drenched in cologne. Lohan is definitely a location for a fun night out if you’re prepared for some extreme clubbing. It’s loud and sweaty, with booming music and house dancers armed with sparklers and confetti cannons. It’s a pricey establishment, so maybe pre-drink before you get there. There’s a bunch of shows coming up, including a hip-hop night in October – keep an eye on their Facebook page for details.

Open ‘til: 6am Thursday through Sunday 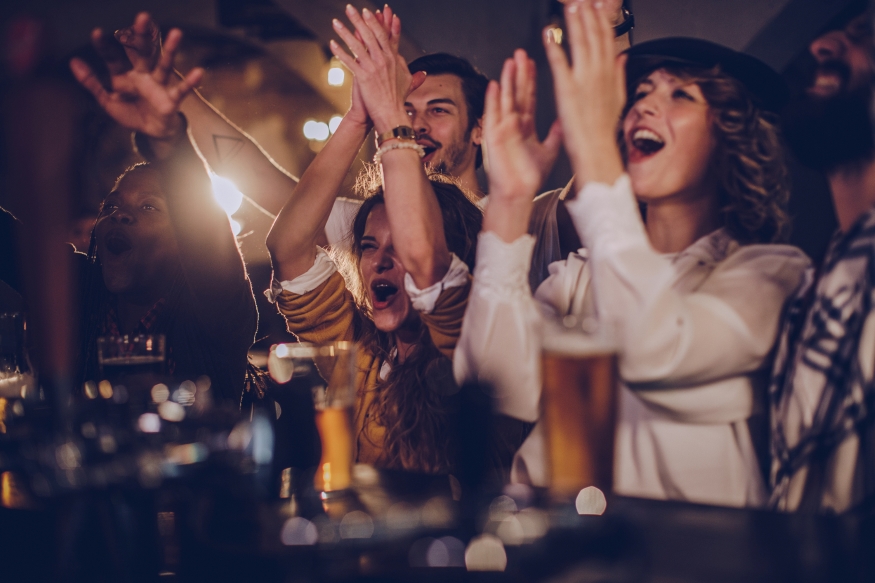 Somehow Gazaki manages to be both upbeat and laid back. A rooftop bar that’s been open for ages, it’s frequented by locals and travellers alike. The music is good enough to dance to, but not so loud that you can’t chat with your mates. It doesn’t have some of the pretentiousness that comes with other bars in the area, so it’s a good place for a low-key night.

Open ‘til: 6am Friday and Saturday, midnight on Sunday

Bios is one of the trendiest places in Athens among young locals at the moment. Part live music venue, part theatre, part rooftop bar with Acropolis views, there’s always something going on here to occupy your night. It’s technically in the neighbourhood of Metaxourgeio, but is still a stone’s throw from Gazi. They have themed DJ sets every week so be sure to check out what’s happening when you’re in town.

Open ‘til: 3am every day, but midnight on Sundays

Where else to go clubbing in Athens

Gazi isn’t the only place to soak up the Athens nightlife. Back in the main city centre, around the Monastiraki area, you’ll find a number of other cool clubs to check out for a raging night. 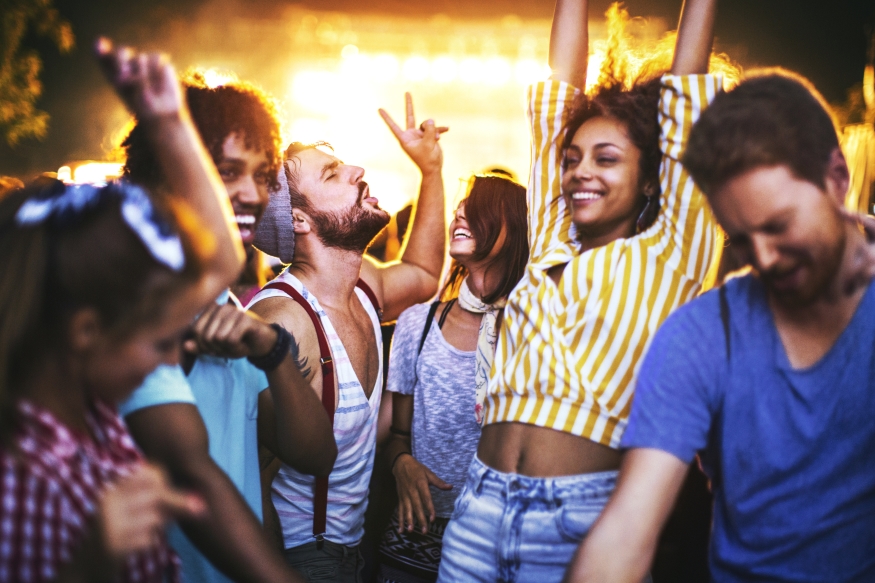 If you’re fond of the underground techno music vibe, then this is the club for you. A huge warehouse-style space, it’s a little more alternative than the big clubs you’ll find in Gazi. By day it’s a cultural centre and cafe space with exhibitions and live music, and at night it pumps out great music with a heaving dancefloor and chilled outdoor garden. With live music and DJs on a high rotation, they just re-opened for the winter season and have a ton of interesting acts on the cards.

For the last 10 years, this has been the hottest place to experience Athens nightlife. It’s vibrant and loud, with a young, slightly glamorous crowd. It’s renown for always having good music, and often hosts well-known DJs from around the world. DYBBUK is flashy, with sparklers and dancers and lasers, a European superclub at its finest.

Open ‘til: 9am on weekends

When it comes to interiors, Cinderella can’t be beat. This ‘70s inspired club really leans into its retro vibe – light up dancefloors, huge disco balls, palm trees, plush pink furnishings. Even if you’re not nostalgic for the good ol’ days of the late ‘70s, the disco music will get you in the mood to boogie the night away.

Open ‘til: 6am Thursday-Saturday

And where to go for laid-back drinks

If you’re after a big night out but want to stay away from the clubs, this bar should be top of your hit list. It’s a big breezy rooftop with epic views out to the Acropolis. Sounds like a tourist trap, but it’s a pretty well-hidden bar above what looks like an abandoned building. The crowd is mostly locals who come for the cheap cocktails, and in-the-know tourists getting their snaps of the view.

Open ‘til: 3am on weekends, 2am during the week 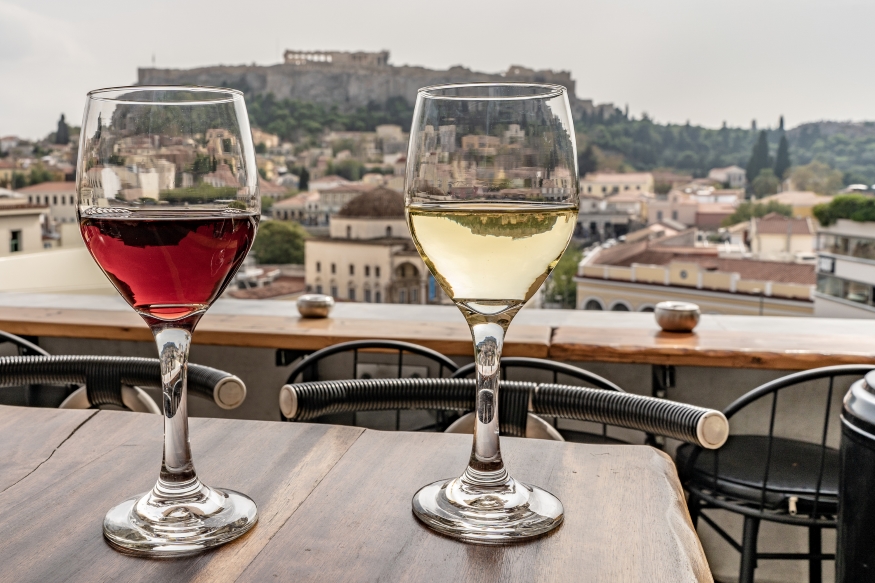 This grungy bar has absolutely nailed the “extremely cool without even trying to be” aesthetic. It’s got a real ‘90s vibe without shoving it in your face like other nostalgia bars can, with constantly changing decor and very cheap drinks. The music is good enough to keep you here all night, and your wallet definitely won’t be complaining.

Open ‘til: 5am on weekends, 2am during the week

Cabezon is a pretty unique space in Athens. Its indoor section is your stock standard dance floor and bar serving great cocktails, but the outdoor area feels like you’re in someone’s backyard at a house party. It’s a favourite for young locals and students, which gives it a real authentic vibe with heaps of energy.

Open ‘til: 3am every night

Jemima Skelley is an Australian travel writer currently exploring Europe. Believes that the best way to discover a country is through their food, and is always on the hunt for a good coffee spot. Follow her on instagram and twitter @jemimaskelley.

🌟 Top things to do in Athens

🌟 Best party hostels in the WORLD