Barcelona is one of the best cities to visit on the planet. It’s got everything you would expect: world-class food, stunning architecture and sunny days for most of the year. It also caters to the wilder side of life with amazing skate spots and some of the best electronic music venues in Europe. From micro-clubs on Las Ramblas to converted theatre spaces, there’s plenty of places to go and dance—and that’s not even taking into account the city’s rich festival tradition, with Sónar, Primavera Sound and Piknic Electronik just three of many. Keep reading for our pick of the best clubs in Barcelona. 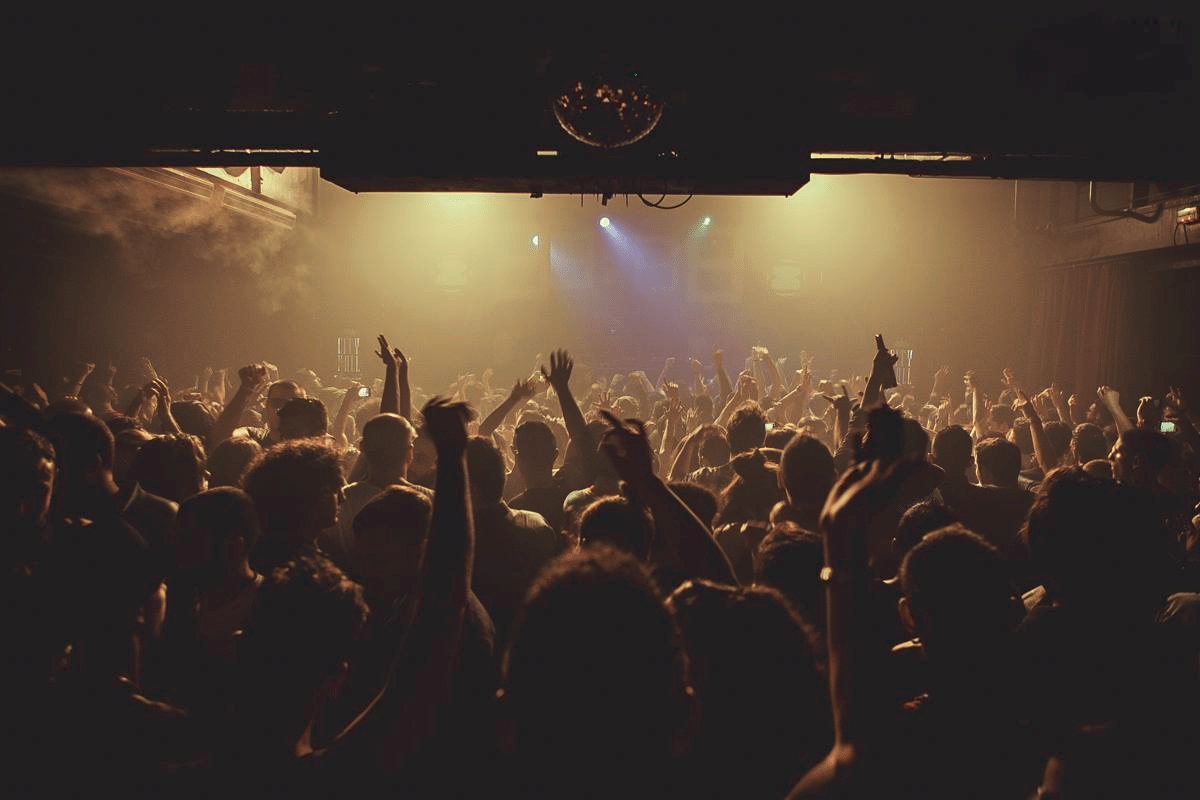 City Hall is located in an old 19th century theatre in Plaza Catalunya. The building has since been fully restored to a high spec, whilst staying true to the beauty of its original features like the generous stage space and velvet curtains. The update also includes the installation of a Martin Audio sound system. 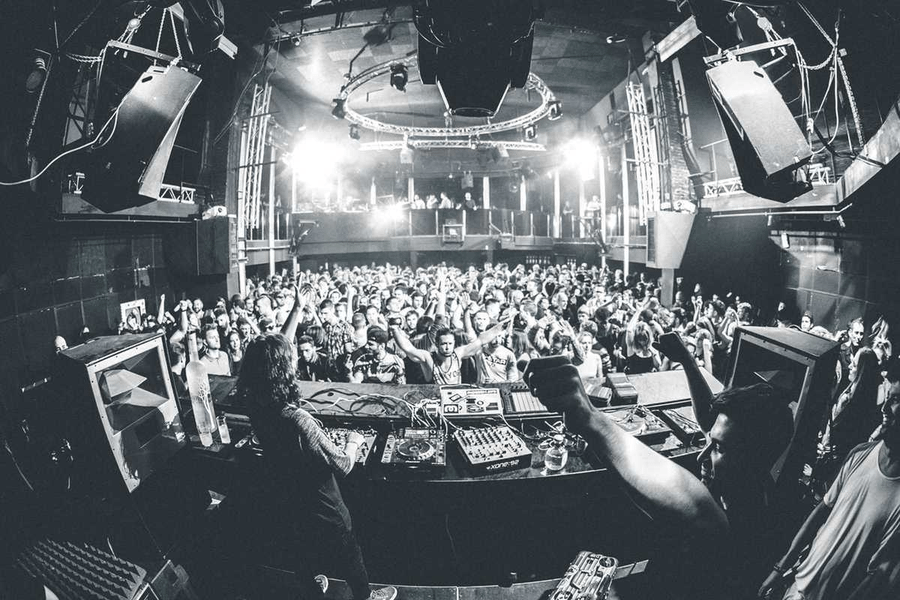 INPUT High Fidelity Dance Club is located in the iconic El Poble Espanyol – an open-air, traffic free precinct originally built on the mountain of Montjuïc in 1929 to celebrate local culture and architecture. INPUT has been built with the very best sound engineering in mind, which makes it not only one of the best clubs in Barcelona, but an ode to electronic music culture in an unbeatable venue. 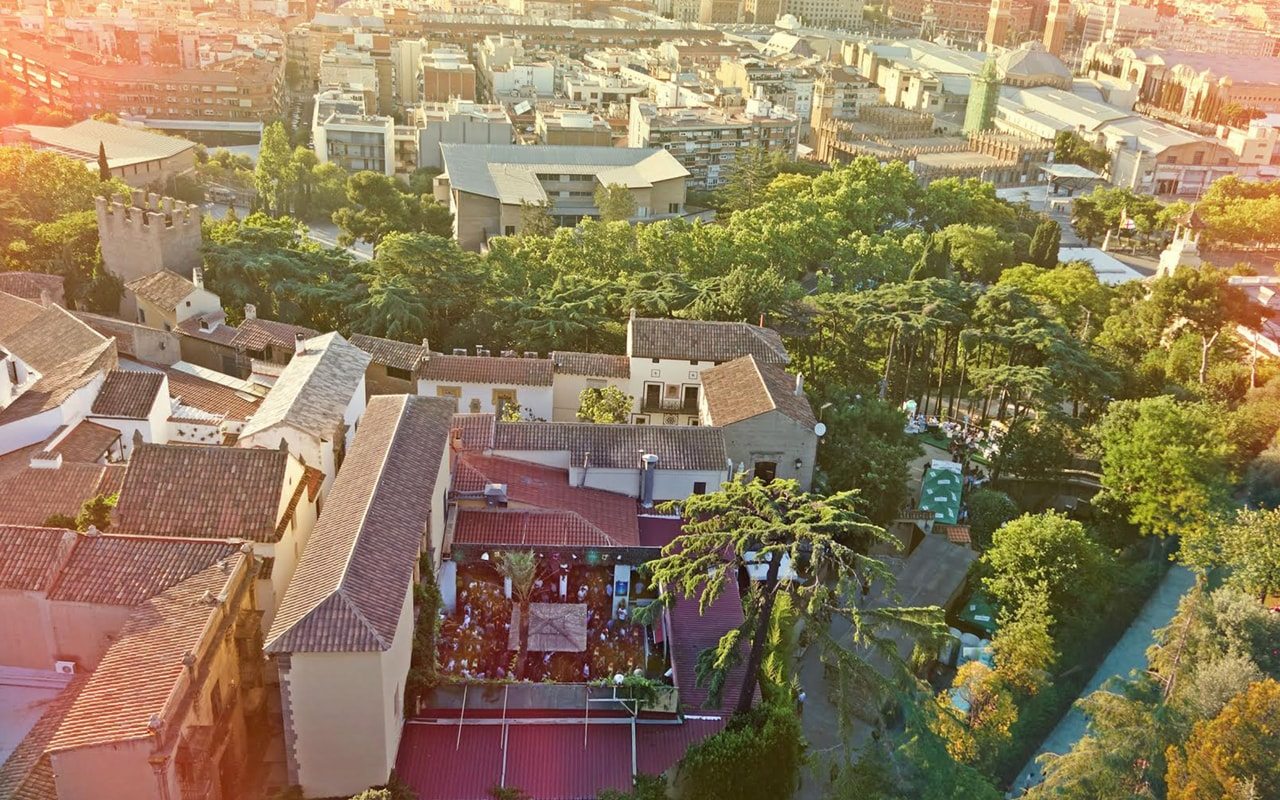 Not all of the best clubs in Barcelona are underground. La Terrrazza is an open-air club overlooking Barcelona that’s in operation for the summer season each year—May through September. It’s a focal point during Sonar festival, with promoters Secretsundaze regularly staging events there. Musically speaking, its focus is on house and techno, but its decor is way more traditional, reflecting the historic part of town where it’s located on Montjuic hill.

Laut offers a carefully curated program for electronic music lovers. It’s situated very close to the Paral.lel street, where you’ll find 245-square meters of space designed for a small audience and equipped with exceptional sound. This is the place to go if you’re looking to experience the forefront of electronic music but still want to rub shoulders in a slightly more intimate venue. 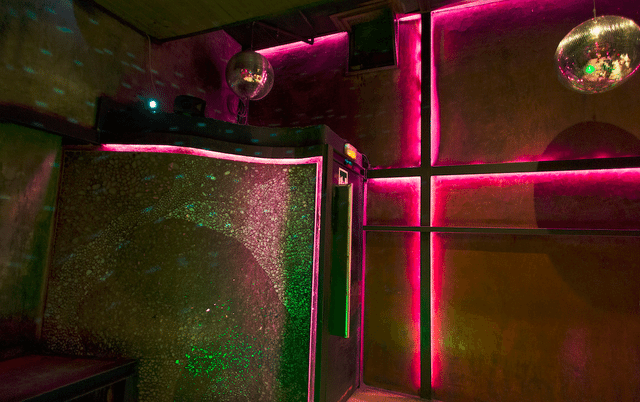 Macarena is an intimate house and techno club right in the heart of the Gotico neighbourhood of Barcelona. Macarena is famous for its super limited capacity of 80 people, plus a DJ booth that’s smack bang in the middle of the dance floor.

Located in the heart of downtown Barcelona just off La Rambla, Moog Club is a two-floor nightclub open seven nights a week. It’s an historic space that has functioned as a venue of some description for a century. Moog’s upstairs “mirror room” features more pop-oriented sets while the low-ceiling bottom floor is all about underground techno and house. Based on history alone, it’s easy to see why this is considered one of the best clubs in Barcelona.

Open for over three decades in downtown Barcelona, Nitsa is a nightclub housed inside the Sala Apolo. Known for its sweaty atmosphere, it’s an outlet for techno, house and experimental types of dance music in the old theatre every weekend. If your idea of a good night is walking away from the club exhausted and covered in sweat, then this is one of the best clubs in Barcelona for you to try. 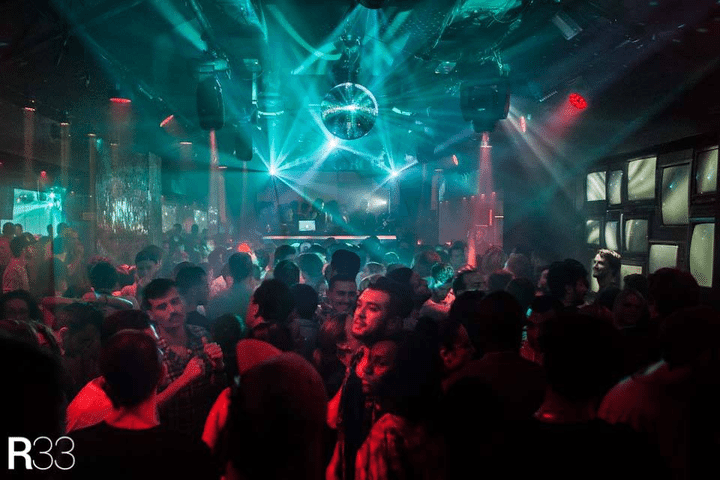 R33 plays host to a huge variety of international stars on the electronic music circuit every Friday and Saturday. Located just off Las Ramblas, it announces its acts in bimonthly installments. 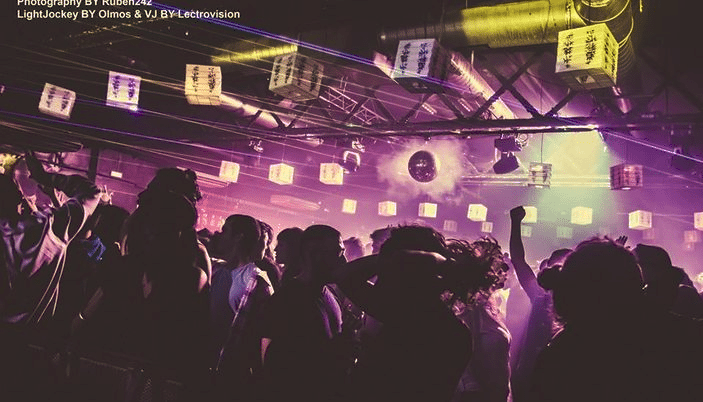 Located in an industrial part of El Poblenou not too far from downtown Barcelona, Razzmatazz is five clubs in one. If not the biggest club in Barcelona, at the very least it’s the one with the most choice. Downstairs there’s indie rock at the Razz Club, upstairs there’s techno at The Loft and Lolita. The Pop Room and the Rex Room are more relaxed spaces oriented to pop, electro and disco acts. 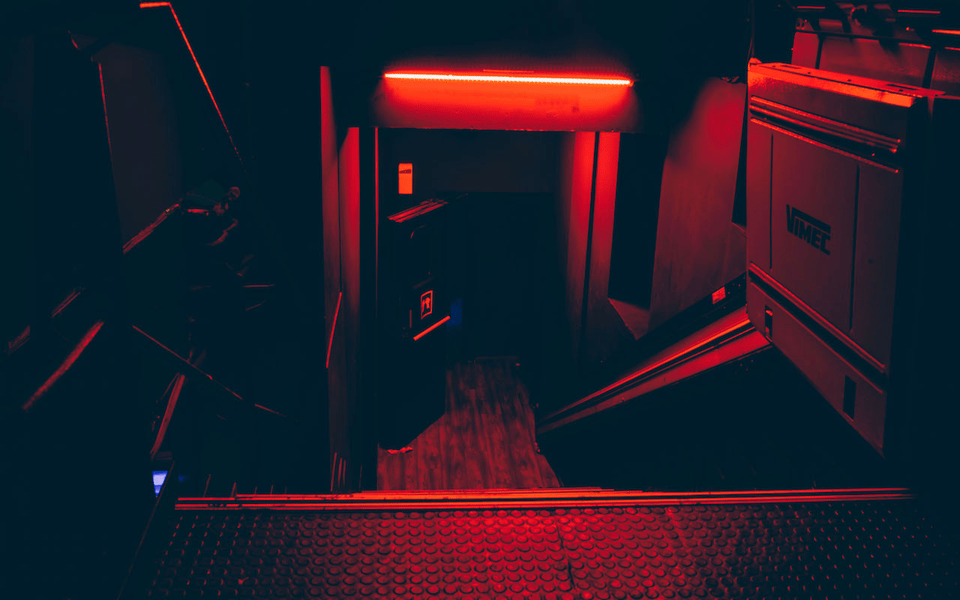 Open since February 2017, Red58 is an intimate spot near to Plaça de Catalunya. The club promotes freedom of expression and has a music policy that’s geared towards debuting new talent alongside international favourites, such as Moritz Von Oswald, Sammy Dee and Nicolas Lutz.

Check out all the upcoming events in Barcelona over at the RA website.

If you need a place to stay during your trip, don’t miss out on some of the best hostels in Barcelona – which will free up more money for entry fees!

We’ve also got a blog post on the best free things to do in Barcelona, which will give you something to do while you’re dealing with the aftereffects of the night before. In the meantime, leave us a comment and tell us all about your favourite clubbing experience in Europe. FYI – Barcelona can probably beat it!