Beautiful, sloping architecture, cosy bars and canal-lined streets are all central to Amsterdam’s enduring appeal – which makes it the perfect place to spend a weekend. But once the sun goes down, the city comes into its own. Thanks to a progressive approach to nightlife, a lot of the best clubs in Amsterdam have 24-hour licenses, making it one of Europe’s key spots for round-the-clock clubbing. We’ve teamed up with Music Experts Resident Advisor to bring you the hottest night clubs in that put the DAM in Amsterdam: 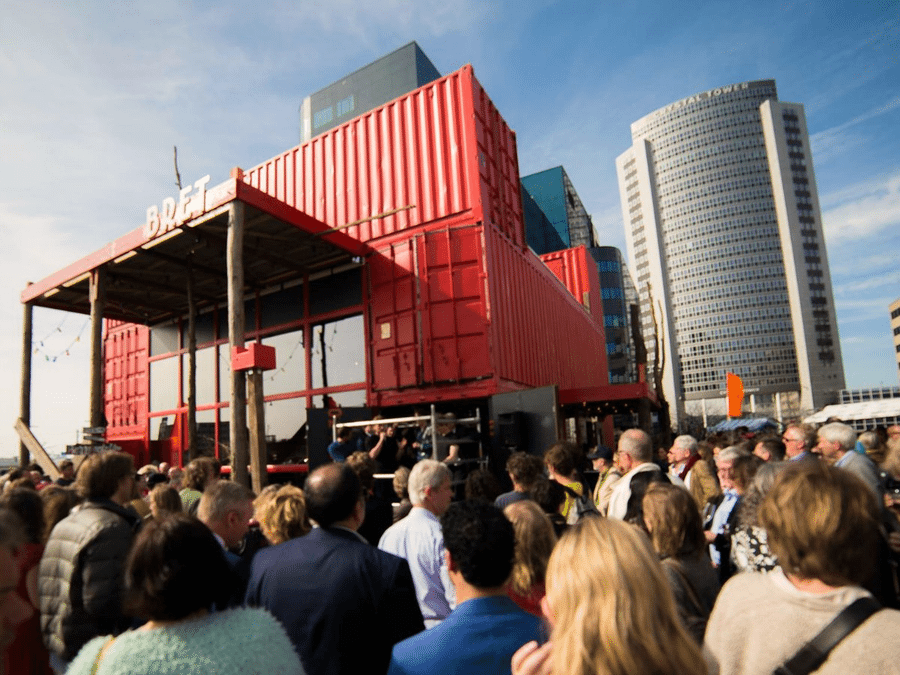 BRET is an intimate venue located near Sloterdijk Station. It’s a craft beer cafe built from containers and beautifully decorated with wood on the inside. The essence of the venue is sustainability, which extends to their attitude to food and drink and supporting local promoters. 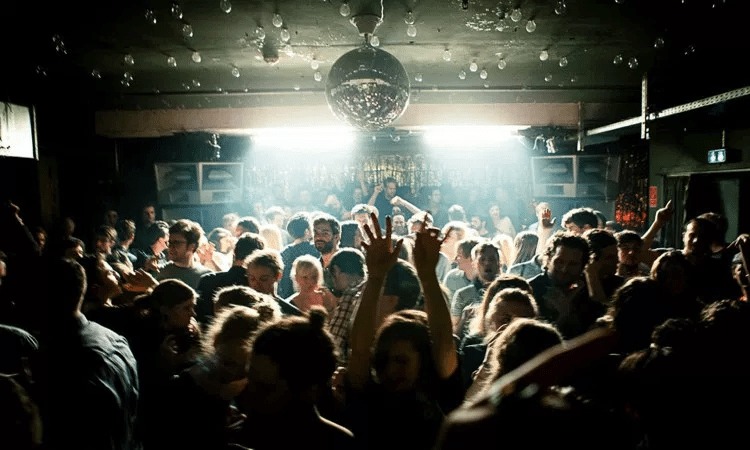 Claire is located in the midst of Amsterdam’s city centre on Rembrandt square. The club took over from Studio 80, which closed its doors in December 2015. The club has two rooms, both of which have wooden floors and are fitted with a Danley soundsystem. On top of its forward-thinking line-ups an reputation as one of the best clubs in Amsterdam, Claire also acts as an incubator for up-and-coming local DJs. 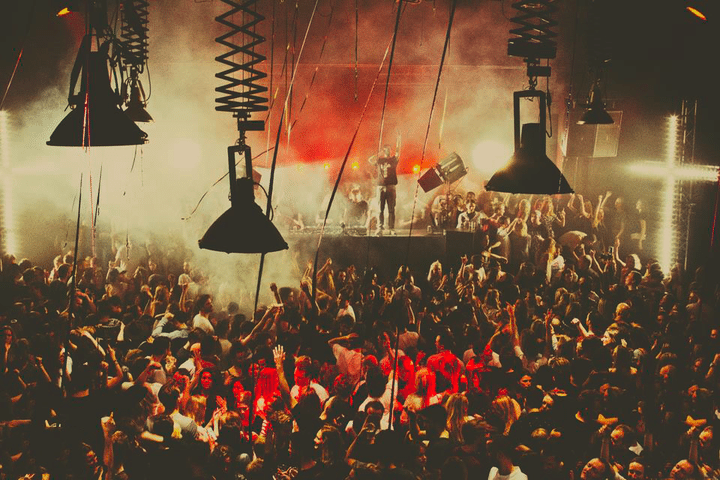 Built in 1936 as a canteen for Dutch market traders, De Marktkantine has a dynamic history in music, theatre and food in Amsterdam. It was restructured in 1950 as a theatre and functioned as a club in the ’90s when the dance scene began to evolve in The Netherlands. After a period of vacancy a group of Amsterdam local entrepreneurs reopened the 3000-square foot venue in 2014. 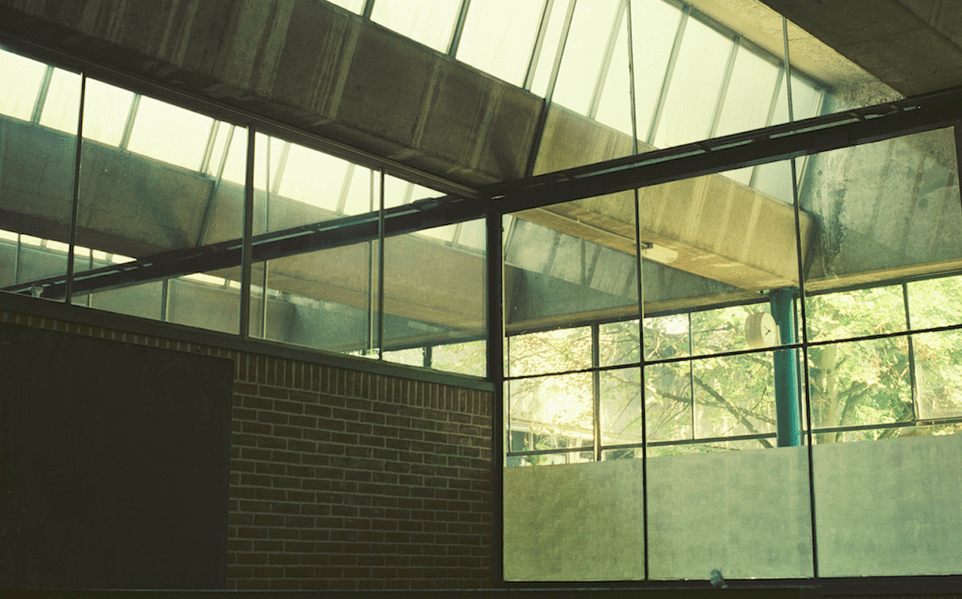 De School opened in January 2016 on Doctor Jan van Breemenstraat in Amsterdam’s west. The venue, which used to be a technical school, is one of the best clubs in Amsterdam, as well as a concert venue, a restaurant, a café, an exhibition space and a gym. It has a 24-hour license and is open seven days a week. The 700-capacity nightclub is located in the school’s former bicycle storage area. 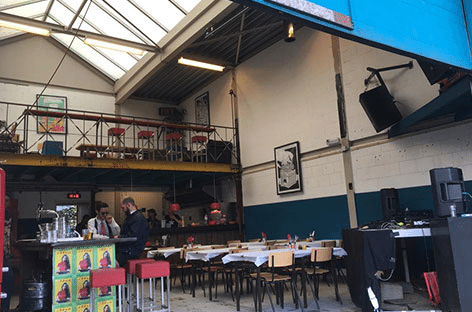 Opened in August 2017 and located in the city’s north, Garage Noord is a small venue with room for 150 people. The music is programmed by Daan Alvering, AKA Al Dee, who hosts a Red Light Radio show under the name Bossoyo with Max Abysmal. The likes of Interstellar Funk, Parrish Smith, Suzanne Kraft, Jonny Nash and Motion Graphics have all played at the club. The venue functions as a restaurant during daytime hours and is located next to SkateCafe on Gedempt Hamerkanaal. 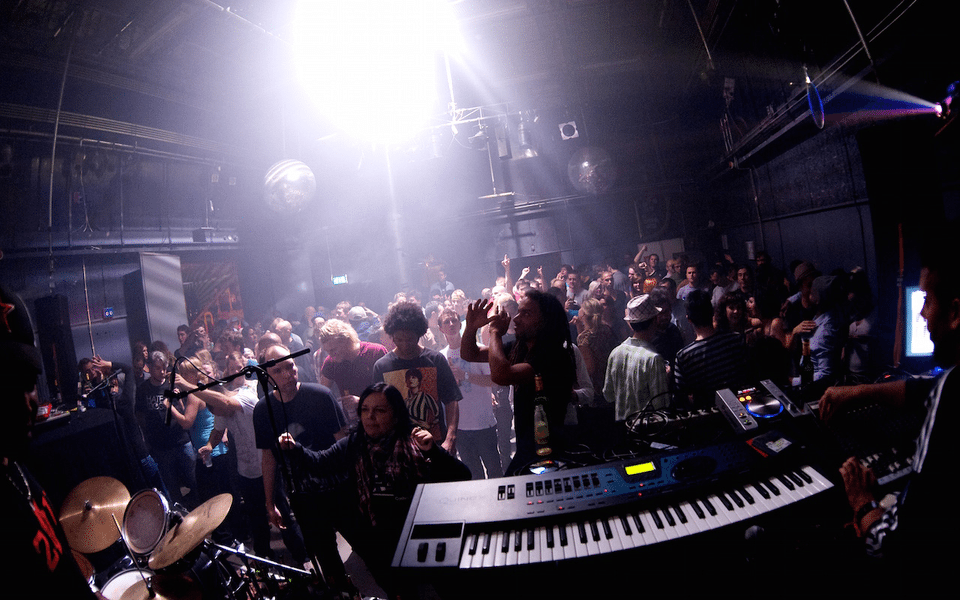 OT301 is a non-profit foundation based in Amsterdam. Its goal is to programme a variety of music, dance, performances, theatre, markets and workshops. Midweek programming generally features live music, while weekends tend to showcase a mixture of local and international DJs. 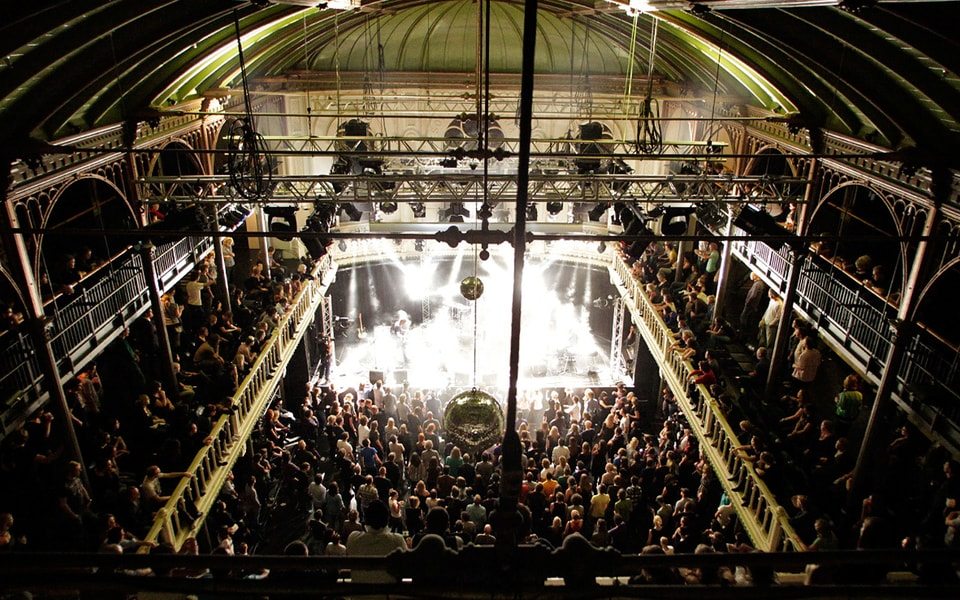 Built out of an 18th century church located in de Weteringschans near the Leidseplein, Paradiso opened in 1968 and is one of Amsterdam’s most well-known concert and club night venues.  The venue is split into a 1500-capacity main hall housing a large stage overlooked by large glass church windows and an adjoining 250-capacity smaller hall. 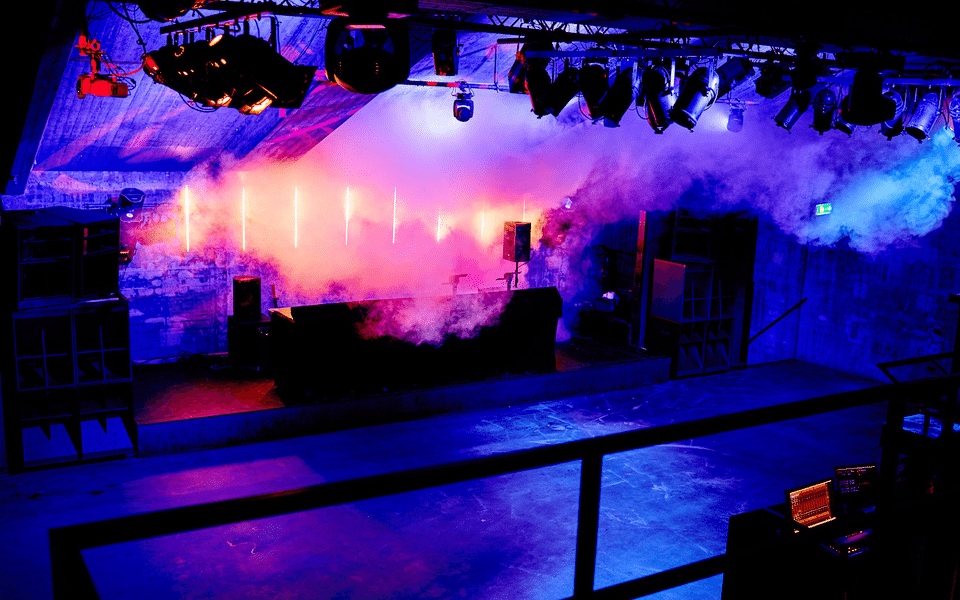 RADION is a cultural hotspot in Amsterdam. Their current location, known as ACTA, used to be the academic centre of dentistry in the Dutch capital. In May 2015 RADION was granted a 24-hour permit, which allows the space to continue programming a range of cultural disciplines. You may have noticed that a lot of the best clubs in Amsterdam offer a lot more than just music, which adds a new dimension to many of their immersive club nights. 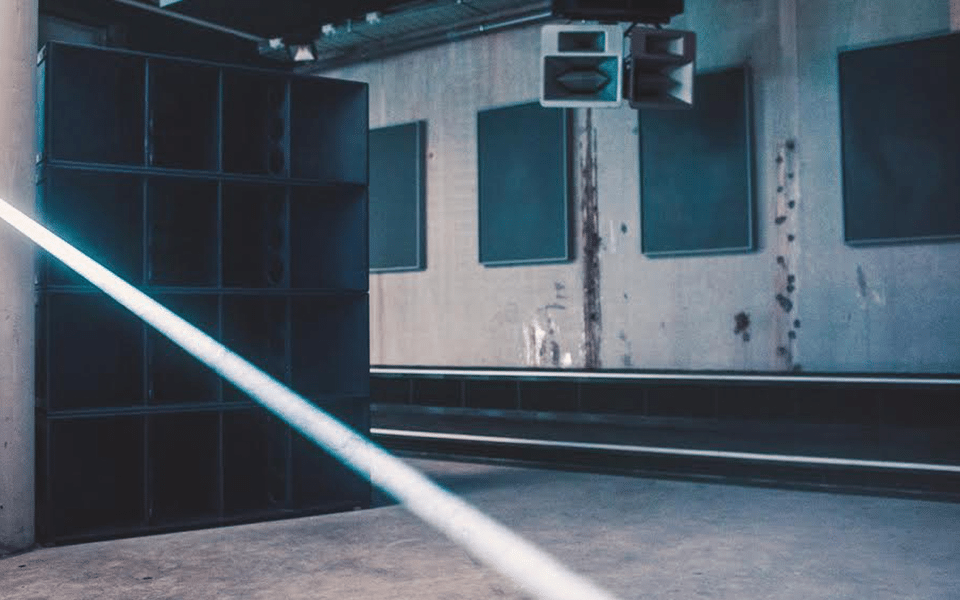 Built around the idea of creating a home away from home for veteran clubbers and enthusiastic newcomers alike, Shelter Amsterdam provides a distinctive clubbing experience in the Dutch capital – with design and sound quality continually in mind. Shelter can be found below Overhoeksplein in the most southern tip of Amsterdam-Noord. 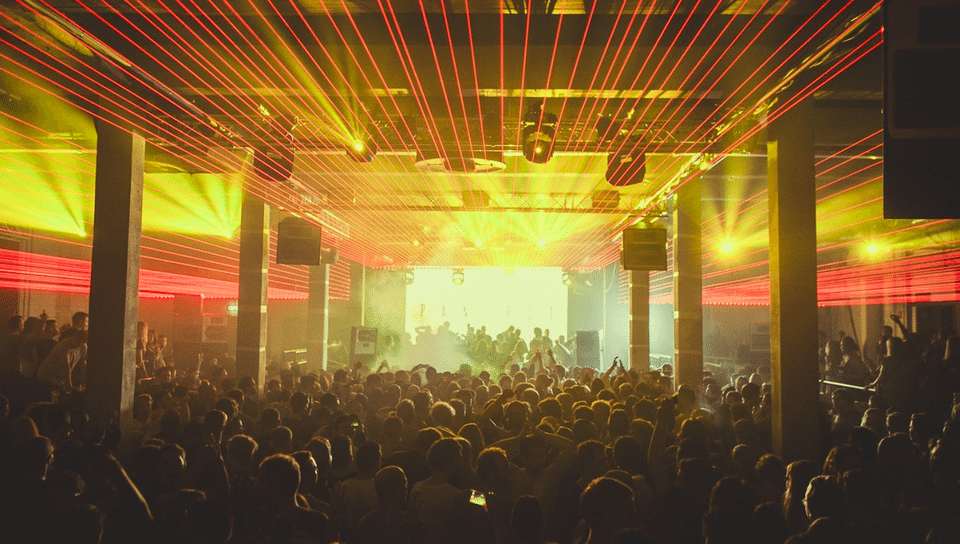 Hidden in the industrial West of Amsterdam lies a dark and legendary street, home to one of the most influential party locations of the Netherlands: The Warehouse Elementenstraat. In the beginning of the ’90s this venue hosted some of the first bigger-scale house raves called Multigroove, which set a milestone in the Dutch underground scene.

Check out the RA website if you’re looking for upcoming events in Amsterdam.

Amsterdam has been attracting backpackers and music enthusiasts from around the world for a long time, which means it’s also got some amazing places to stay scattered around the city. Take a look at some of the best hostels in Amsterdam if you don’t believe us.

Tell us about your favourite Amsterdam clubbing experience in the comments below, or maybe suggest another venue for our list?

⭐Planning a trip to Amsterdam?⭐

Did you know that some of our hostels have an onsite nightclub? Check out these 10 amazing hostels below!