Los Angeles is a sprawling city, so there’s no single neighborhood or core when it comes to entertainment and clubbing—which just means there’s more to explore. Many of the city’s best venues are off the beaten path, nestled among warehouses in industrial districts or clustered among restaurants or auto-shops in semi-residential neighbourhoods. The weather’s almost always good, which means an abundance of rooftop bars. And LA’s preoccupation with its own past means you end up partying in some historic buildings. Going out in Los Angeles has always been a choose-your-own-adventure affair: you can go for the Hollywood glam, the dive-bar grit, the pool party mayhem, or even all three—or more—in one night. Once you really get to know Los Angeles, the possibilities are endless. 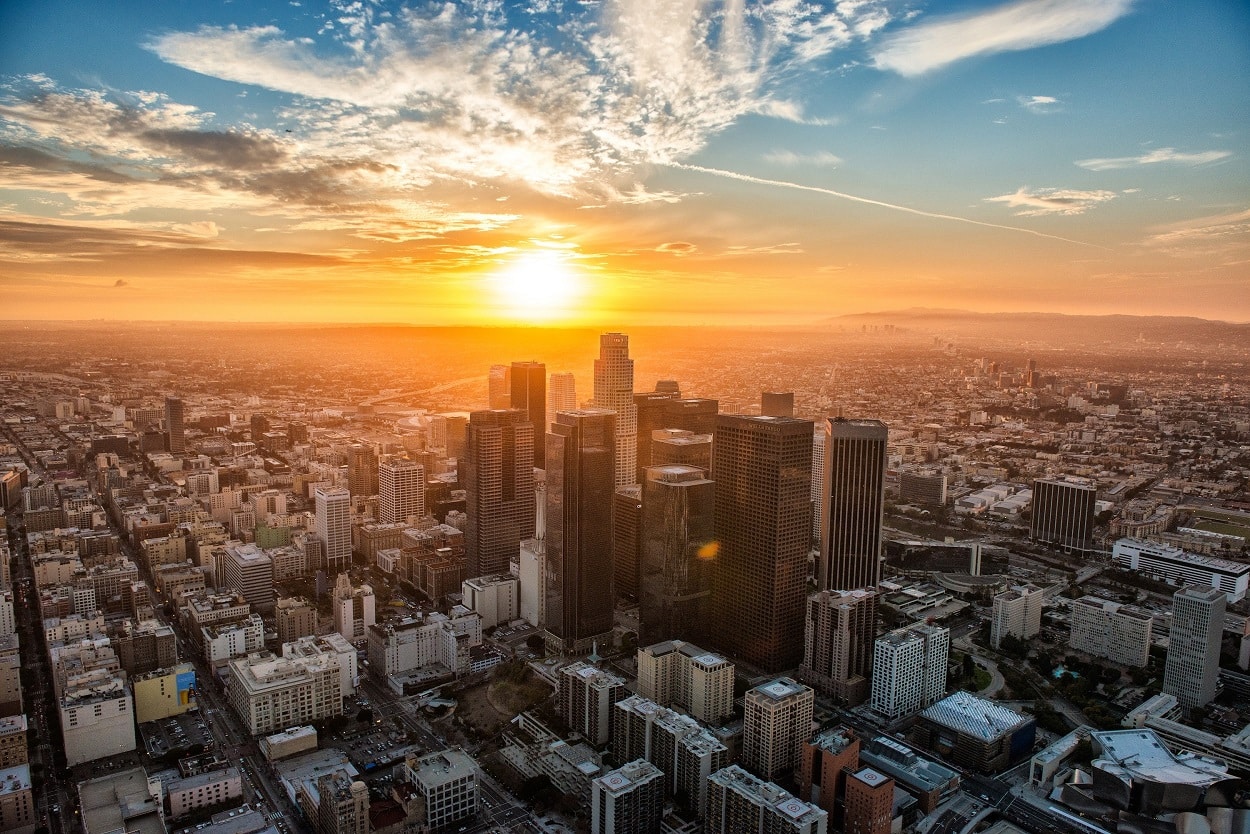 Tucked away in Mid-City, Union is pretty far from LA’s nightlife hotspots, but the multi-level club is worth the journey. On weekends, three different dance floors and three bars mean it’s full of nooks and crannies to get lost in, and on the weeknights it’s a great place to see local acts or touring artists for a cozy, low-key concert. It’s also an important part of Los Angeles history: before Union was Union, it was Jewel’s Catch One, the country’s first black gay discotheque. 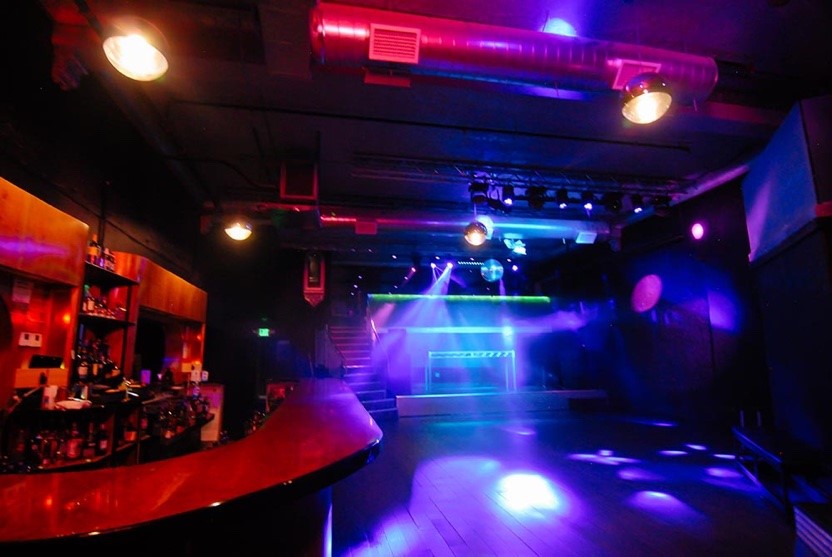 One of the hottest tickets for dance music in LA isn’t a club at all—it’s a rooftop. The Standard Hotel Downtown is a hub for culture in general, but the rooftop is where it’s at. Booking DJs from across the dance music spectrum, it makes a great place to relax and unwind on the weeknights, or for a place to chill and dance before hitting the town for late night fun. But the best part is that it’s open until 2 AM, so you can enjoy the view all night. 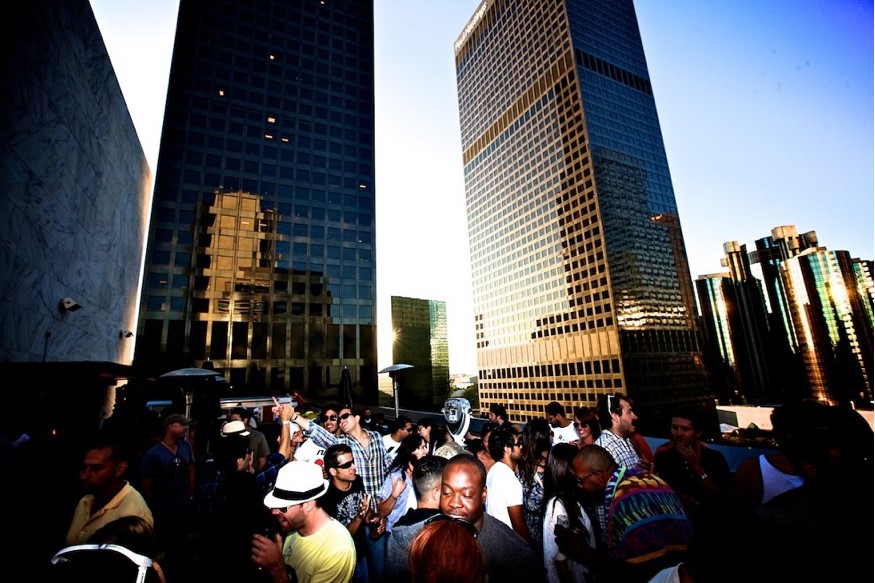 Hidden in between warehouses in the LA Arts District, Lot 613 is as close as you’ll get to some of the city’s infamous underground afterhours spots while keeping all the trappings (and safety) of a nightclub. The cavernous club is home to Prototype, one of LA’s most consistent techno parties, and it’s open till 4 AM, meaning you can dance much later into the night than most other LA nightspots. It’s also got a sizeable patio and outdoor bar so you can make the most of the year-round warm weather. 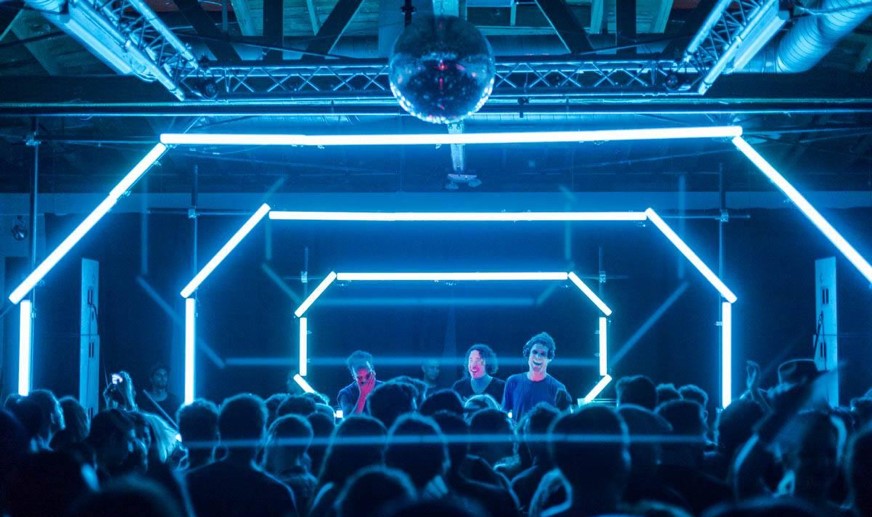 A newer addition to LA clubland, Station 1640 puts you in the middle of Hollywood with some of the city’s most well-loved local parties. Lavishly designed to look and feel like a New York Subway station and covered in graffiti by some of LA’s most famous street artists, the club is a new home for everything from house music Clinic Wednesdays to the anything-goes queer party Mustache on Thursdays. It’s a great place to go if you’re looking for somewhere to dance on a school night. 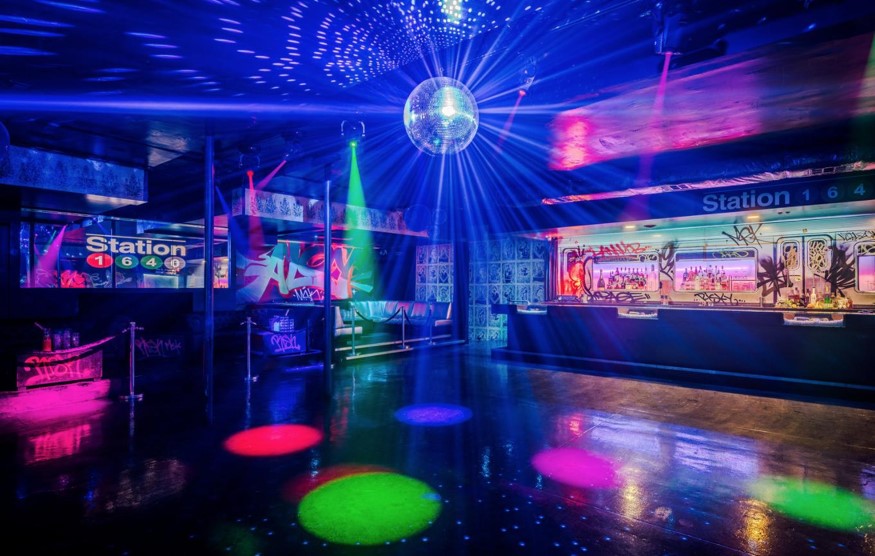 LA has no shortage of rooftop bars, but the Ace sets itself apart for excellent programming and free entry. With a pool on one end and a covered patio on the other, you can lounge in the water or take shelter from the sun, with music from the decks piped into every corner of the roof. It’s also home to one of LA’s most delicious—and notorious—cocktails, the ‘frozen drink,’ whose recipe changes every day but is guaranteed to give you a healthy buzz with your brainfreeze. 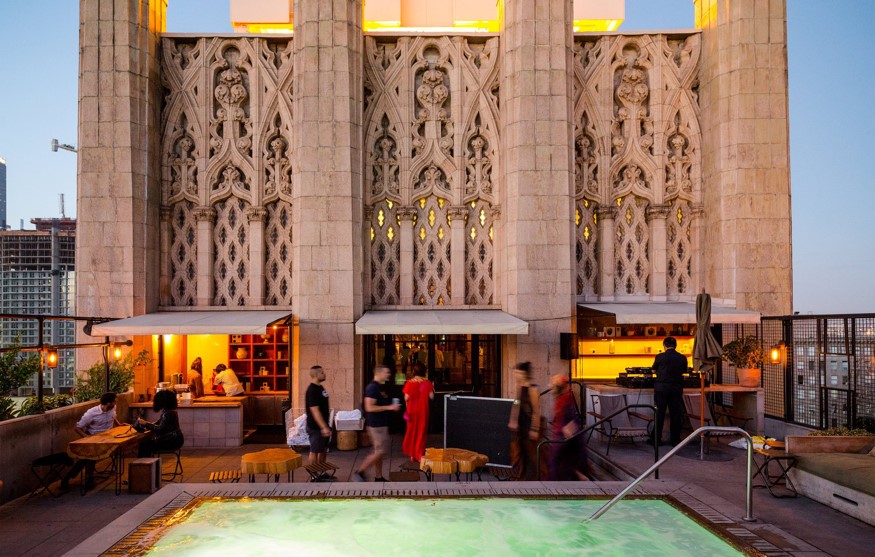 The curious sunken club of Sunset Boulevard has had many acts in its LA story, It has been a jail-themed cafe (look it up), a cabaret theater, and a flamenco hotspot. More recently, it’s a venue for just about everything, from movie wrap parties to open-mic comedy. But if you arrive on the right night, it’s also one of the best clubs in the city. The likes of Omar-S and Motor City Drum Ensemble have blessed the intimate dance floor—and if you’re lucky enough to visit when a dope party is on, you’ll have a night to remember. 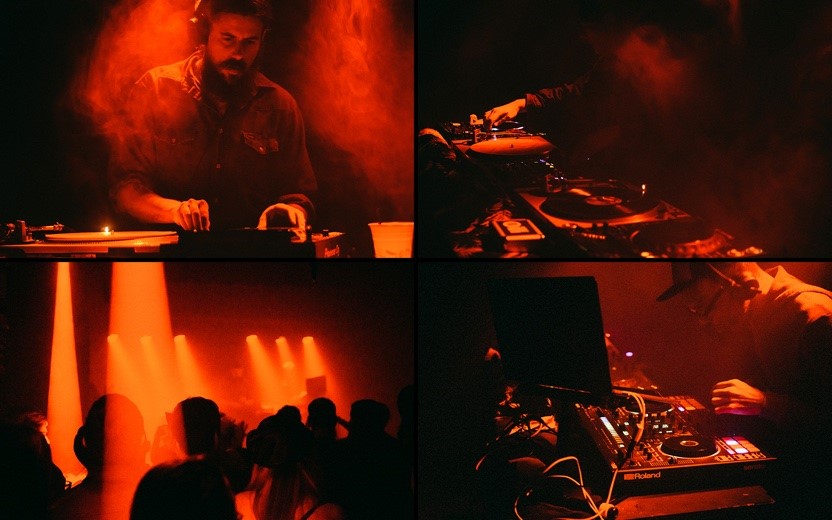 Off a scruffy section of Santa Monica Boulevard sits the Virgil, an old-school East Hollywood watering hole housing one of the East Side’s most important low-key dance floors. Dâm-Funk’s long-running weekly, Funkmosphere, has recently moved in, as has Blackmagik, a promising Afrocentric dance party. Check the schedule as Virgil’s adventurous programming could easily handle your weeknight party needs. 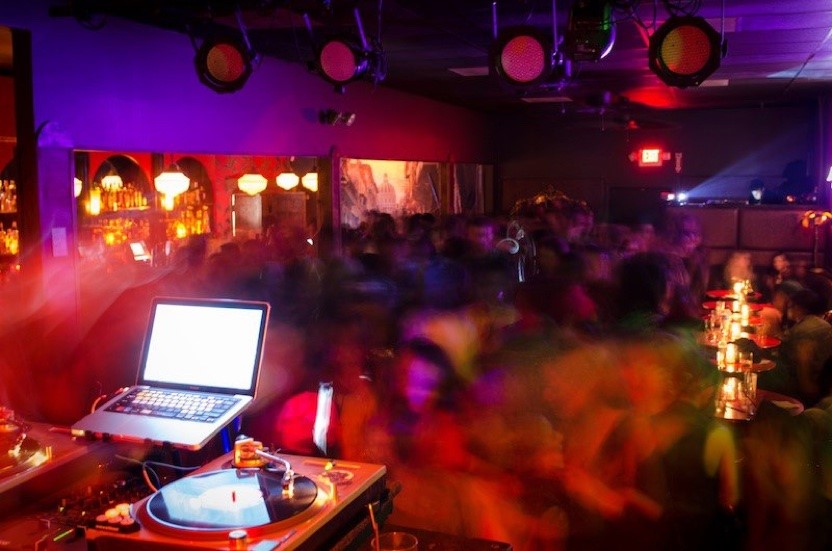 This two-story nightclub might as well be the dividing line between LA’s most infamous hipster neighborhoods, Silver Lake and Echo Park. The maze-like venue holds tucked away bars with sumptuous red leather booths, a huge dance floor, an intimate upstairs stage, and local and international acts playing every night of the week. Pop in for a low-key weekday show or the hedonistic A Club Called Rhonda parties on the weekends. Los Globos is an LA rite of passage. 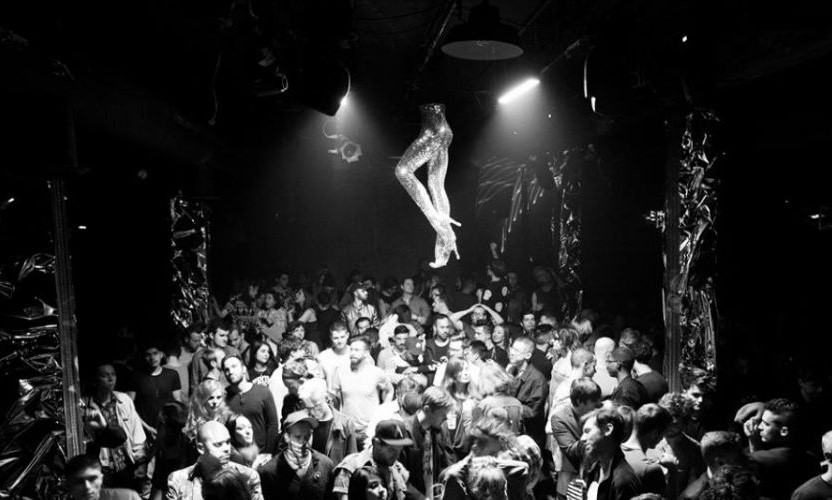 And when the Los Angeles nightlife gets too much…

A trip to the Hollywood Amoeba is a crucial pilgrimage for out-of-town visitors. The store is massive, with hundreds of thousands of vinyl records beckoning to intrepid visitors. But it’s not just a store for digging through dusty stacks. Amoeba’s buyers are among the sharpest in the country. Whether you’re looking for a bleeding-edge techno 12-inch or a private-press country album, it’s all there. Patience is a virtue. 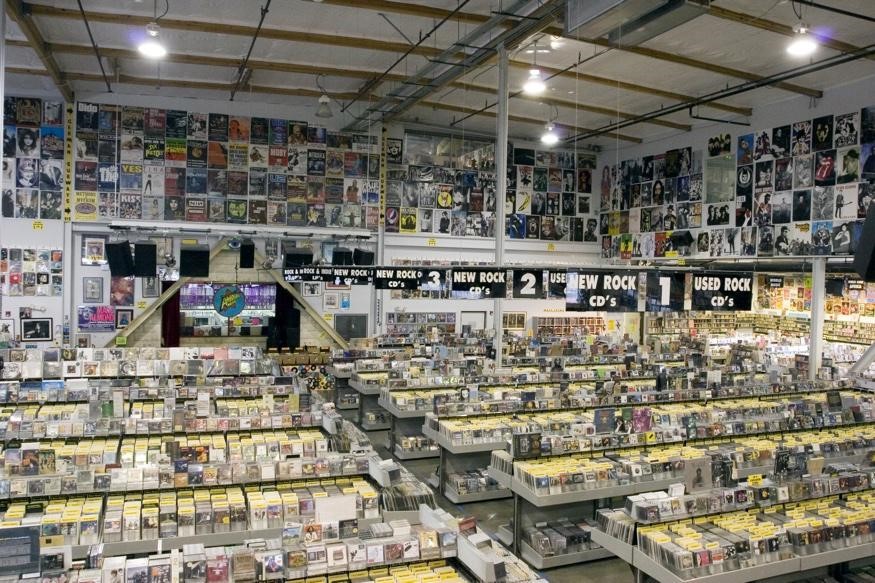 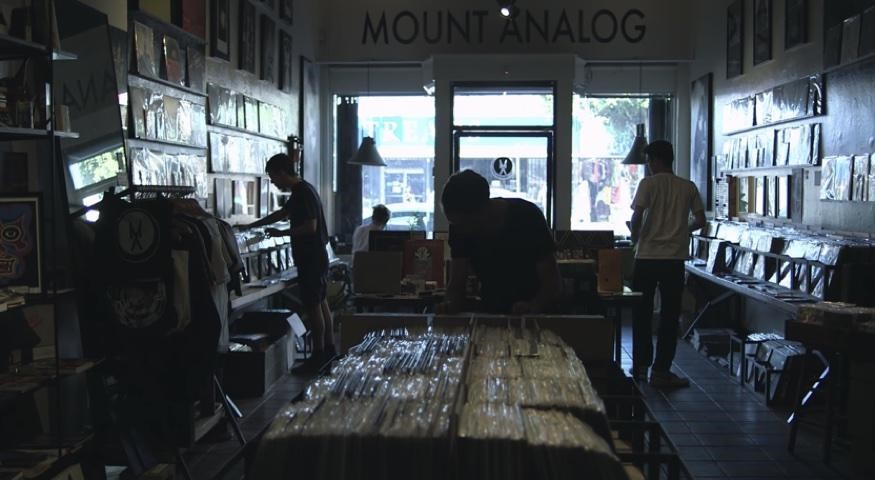 Find out where to stay in Los Angeles.

Book your hostel in Los Angeles!