Spain is a DREAM of a country for backpackers, with stunning nature, buzzing cities, glorious weather, amazing surf, sociable hostels and all sorts of heavenly cheap food. One of the best things about Spain is that you can travel with relative ease between the towns and cities that scatter this epic country. The sheer number of amazing places to visit in Spain means this country can keep you entertained for months, from the Basque culture in the north, the Arabesque influence in southern Spain to the Catalan culture in and around Barcelona.

So what are you waiting for? Here’s our pick of the best places to visit in Spain, from firm traveller favourites and a few lesser-known gems. 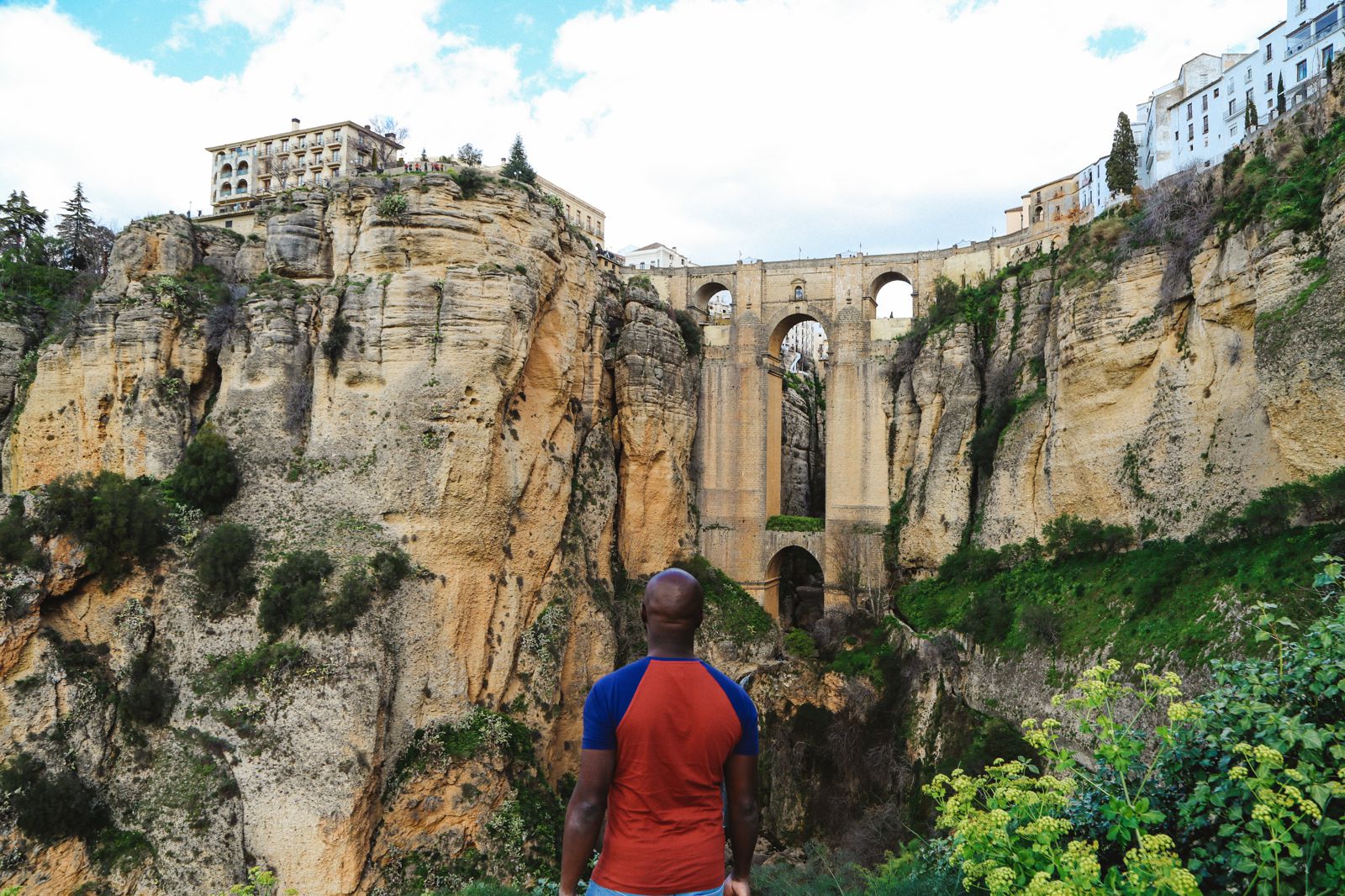 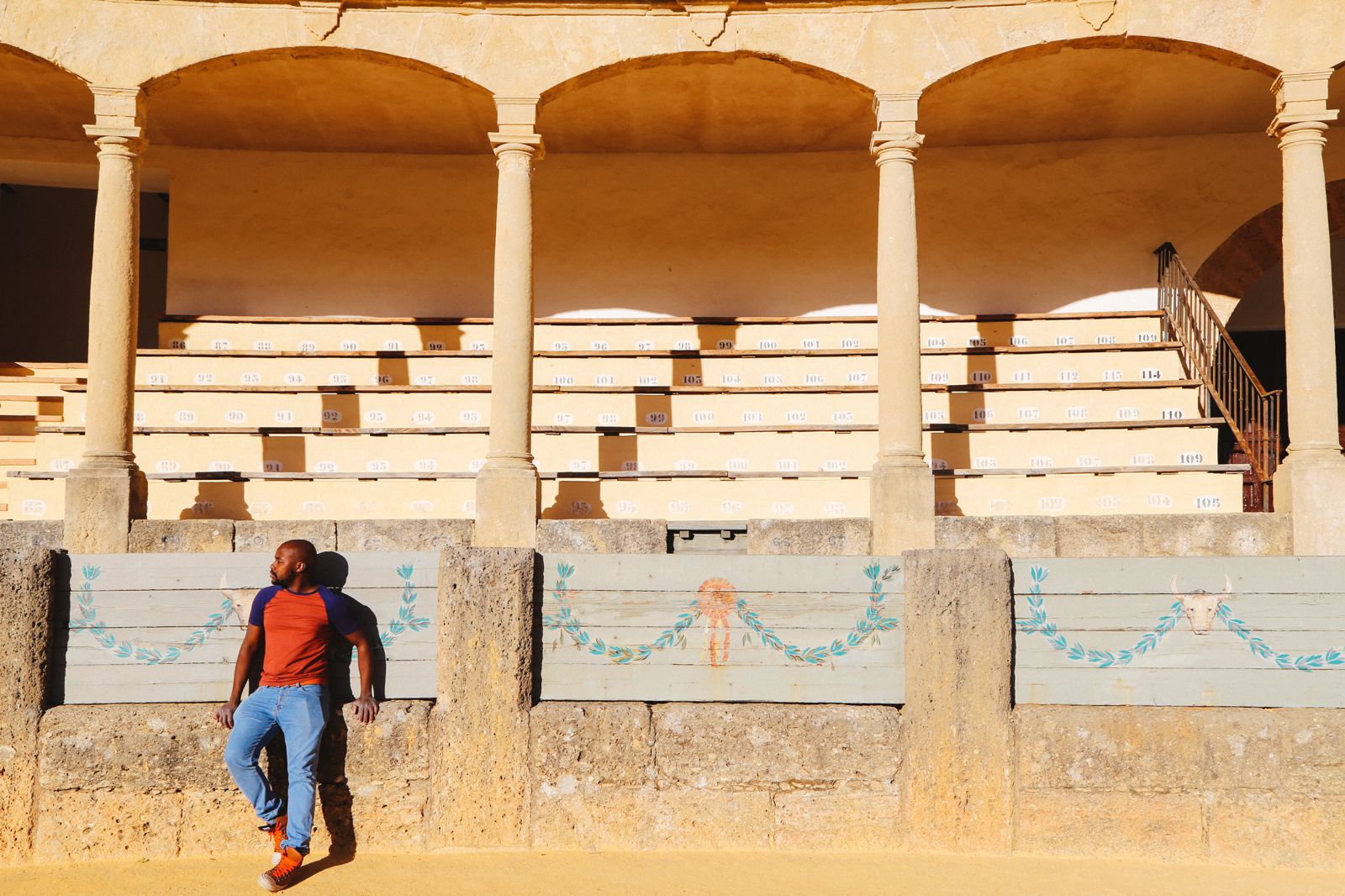 Legend has it that Ronda was split apart by the gods as a result of too much arguing. Thankfully, the locals don’t bicker anymore and are now a downright friendly bunch. A jaw-dropping bridge was built to re-join the two sides of this small mountain city, making Ronda one of the most beautiful places in Spain.

Make sure to stroll around the city’s cobbled streets, take a ramble down below the bridge (an epic place for a shot of the city) and take in the views from the centre of the gorge. To keep costs low, head here by public transport (the tiny town has both a train and bus station) and stay in one of the local hostels in the city itself. 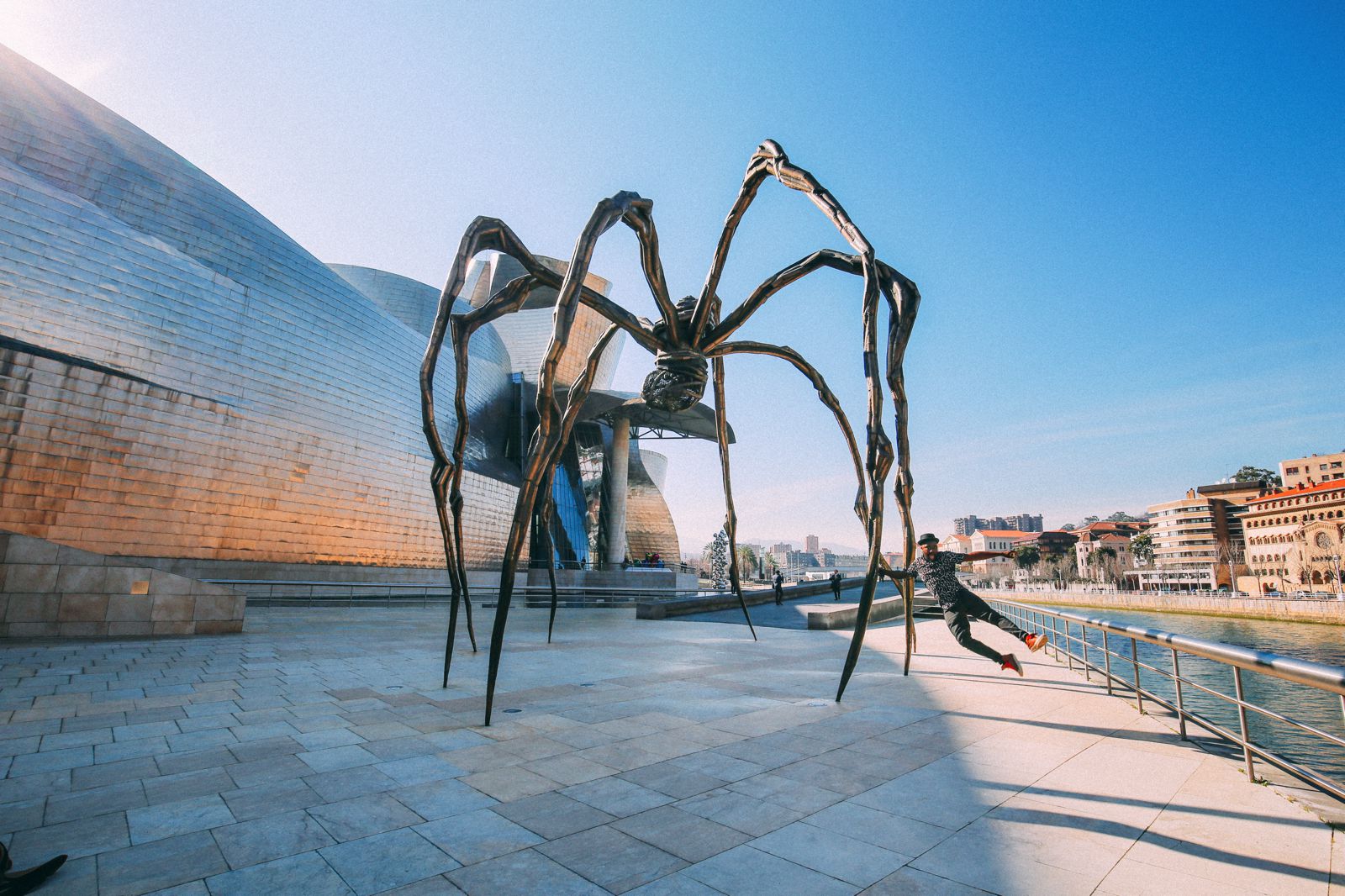 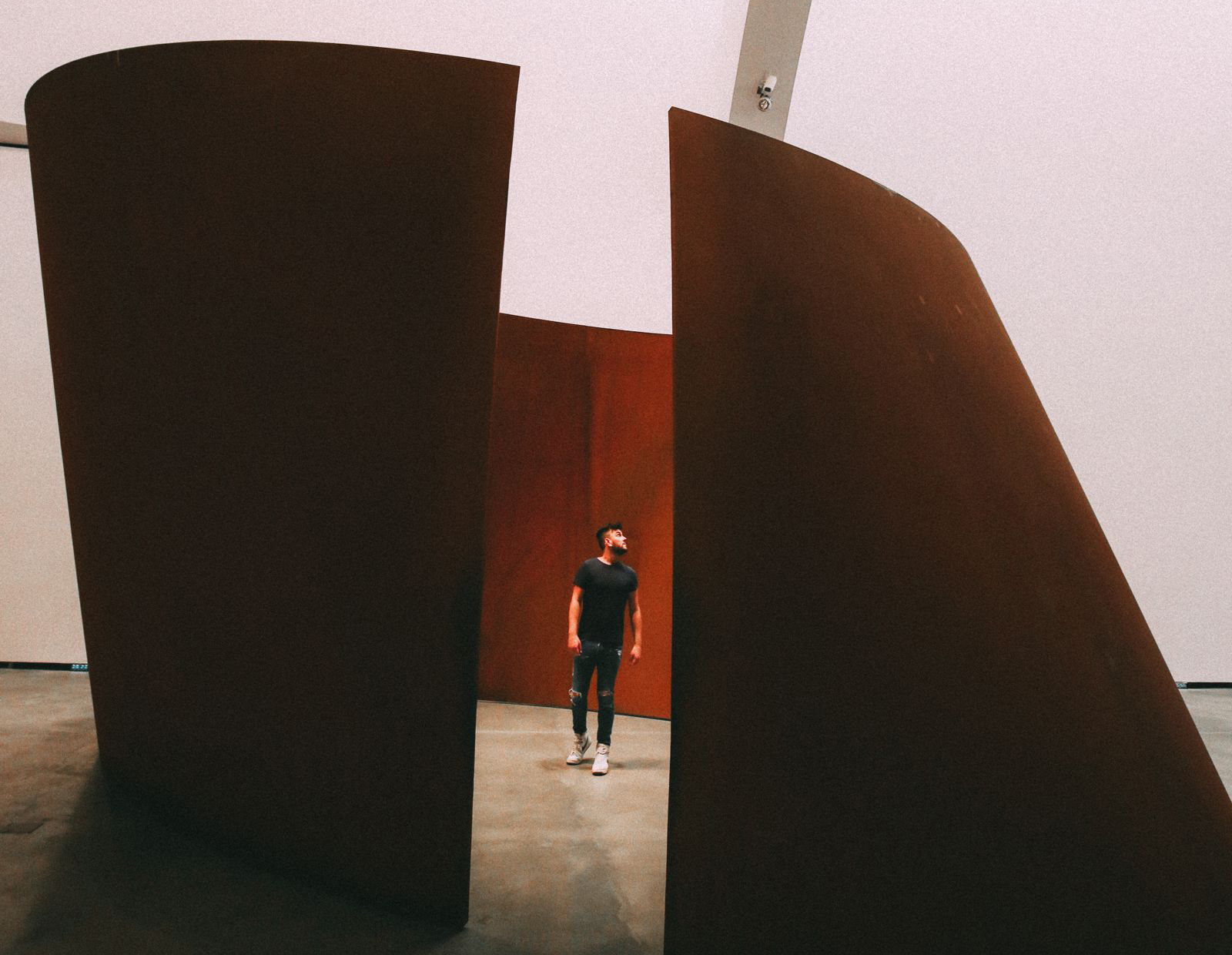 Perched on the northern coast of Spain, Bilbao is a former industrial city that is fast becoming one of the coolest cities in the north. It’s home to the oh-so-photogenic Guggenheim Museum, rightly one of Spain’s must-see attractions, but that’s not all this arty and laid-back city has to offer. If you’re on a really tight budget and in search of free things to do in Bilbao, check out the Museo de Bellas Artes on a Wednesday (when everyone bags free entry) or free sample your way around Mercado de la Ribera, Europe’s largest indoor market.

For tasty and affordable lunch or dinner options, grab a plateful of Pintxos at Bar Charly or sample the rustic old-school dishes at Rio Oja. 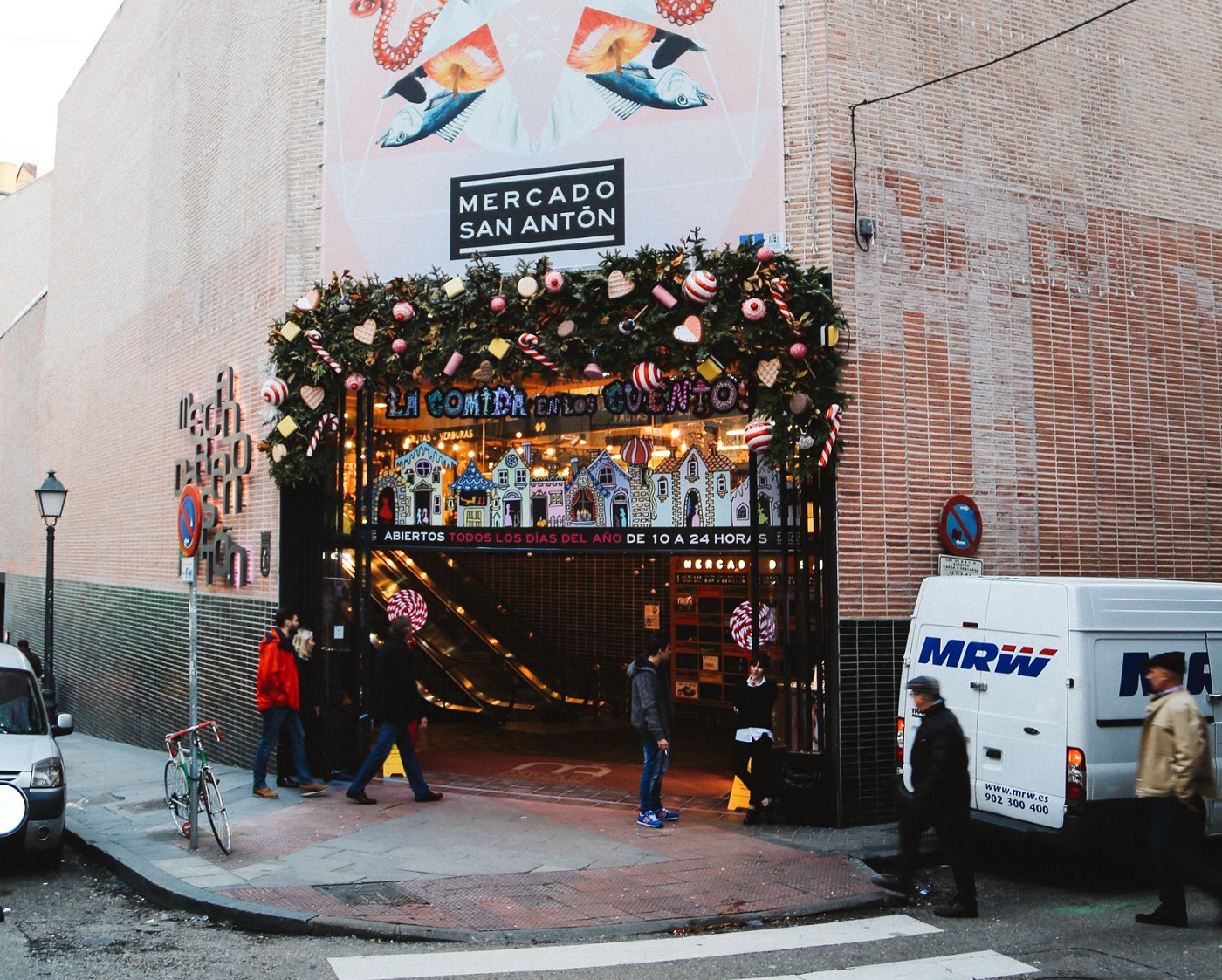 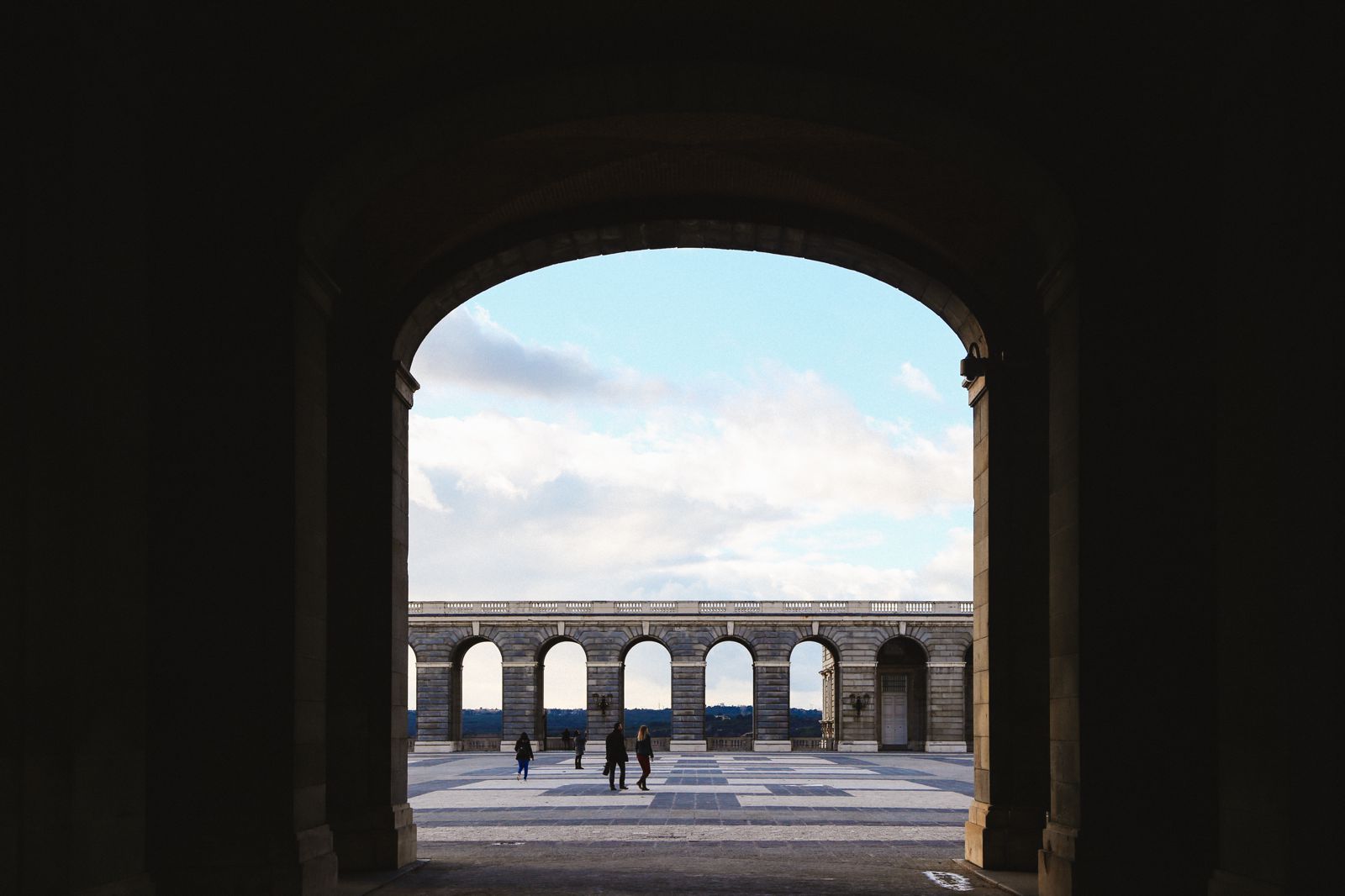 The capital city of Spain, Madrid, is one of the best cities to visit in Spain on a budget thanks to the awesome hostels, cheap flights and incredible food scene. Madrid is one of those cities you can just wander around aimlessly and stumble upon all kinds of interesting and beautiful things. If you want a bit more structure to your wanderings, check out the majestic Palacio de Cibeles; the Temple of Debod, one of only a few fully constructed ancient Egyptian sites outside of Egypt itself; and the Prado National Museum to see works from the likes of El Greco, Francisco de Goya and Hieronymous Bosch.

For a cheap and authentic bite to eat, hot-step over to Tinto y Tapas for delicious servings of Spanish tapas and bank account-friendly cocktails. 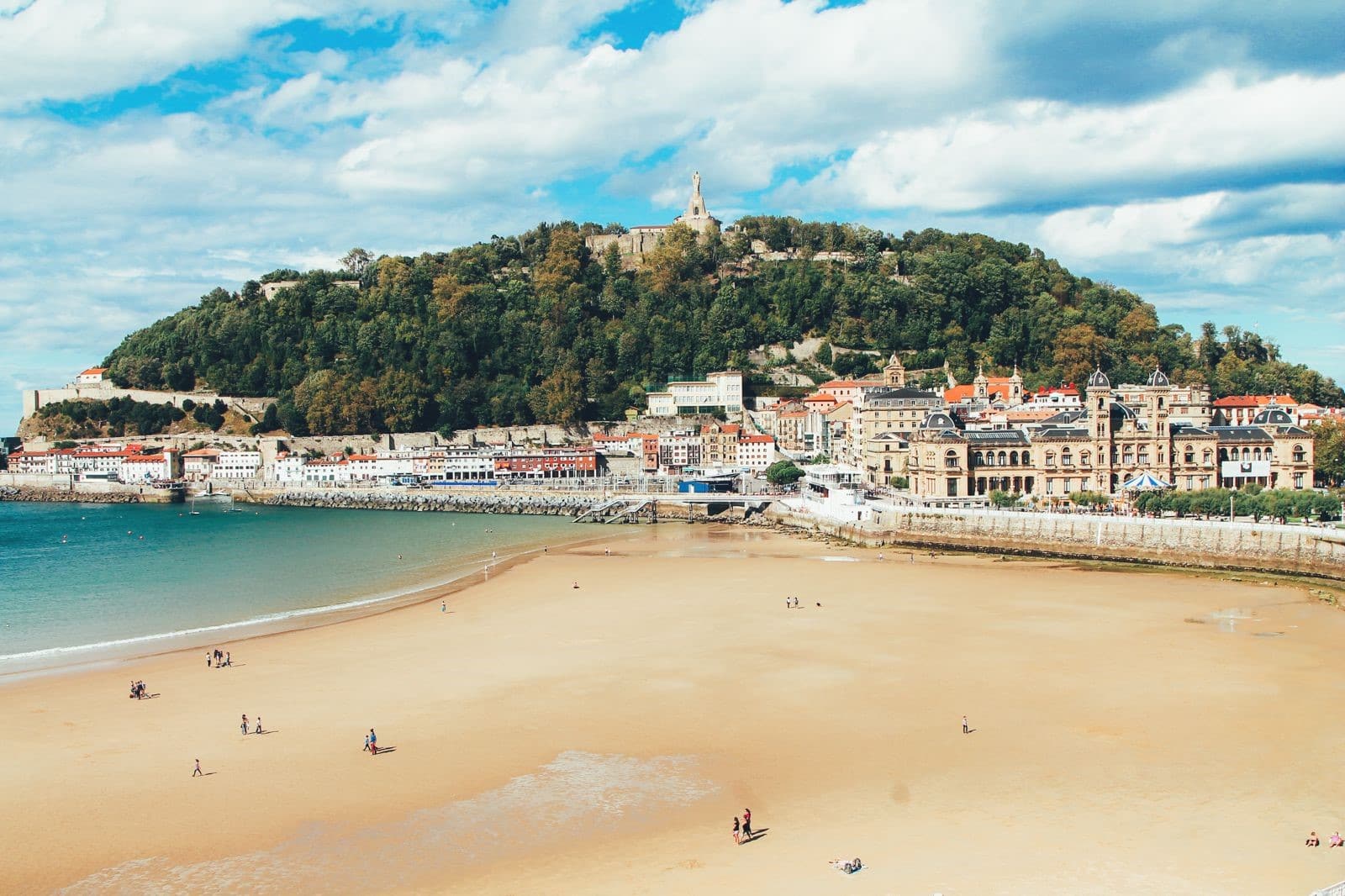 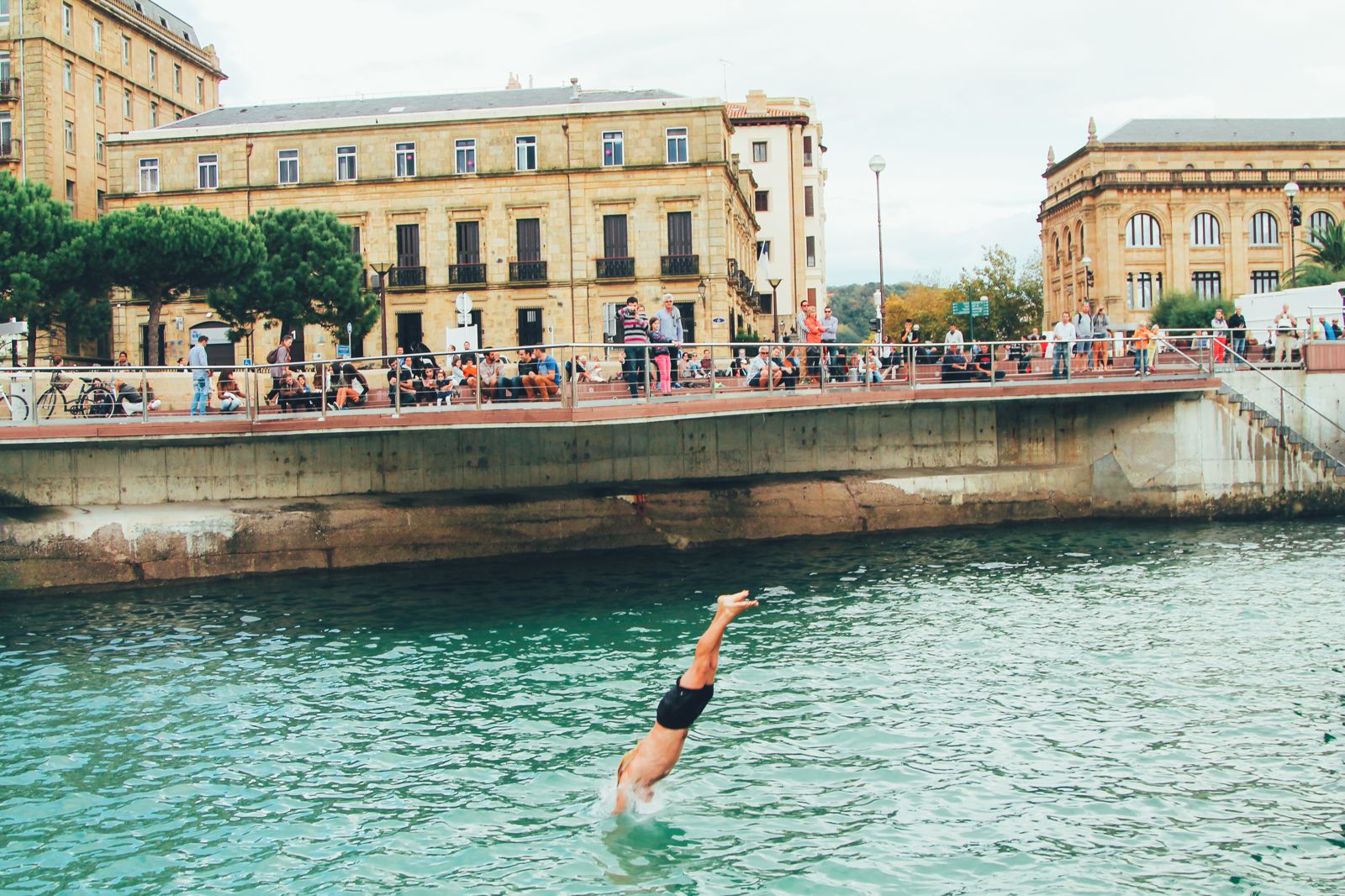 Backpackers have recently been making a beeline for San Sebastian, and it’s easy to see why this has become one of the best places to visit in Spain: picture-perfect beaches, reliable surf, foodgasms round every corner and surprisingly good nightlife. Yup, San Sebastian has everything you could want in a city, including gorgeous hostels. (check out A Room in the City, one of the best hostels in the whole of Europe!)

One of the best things to do in San Sebastian is to go on a ‘pintxos crawl’. Typically, the Basque grab one pintxo (kinda like tapas) in every bar – along with a drink and then move on to the next one for the next pintxo and drink. By the time, you’re done, you’re fed, merry and ready for a fun night out in the city. Be sure to make a pintxo stop at Taberna Dakara Bi, a local favourite and a definite wallet-pleaser. 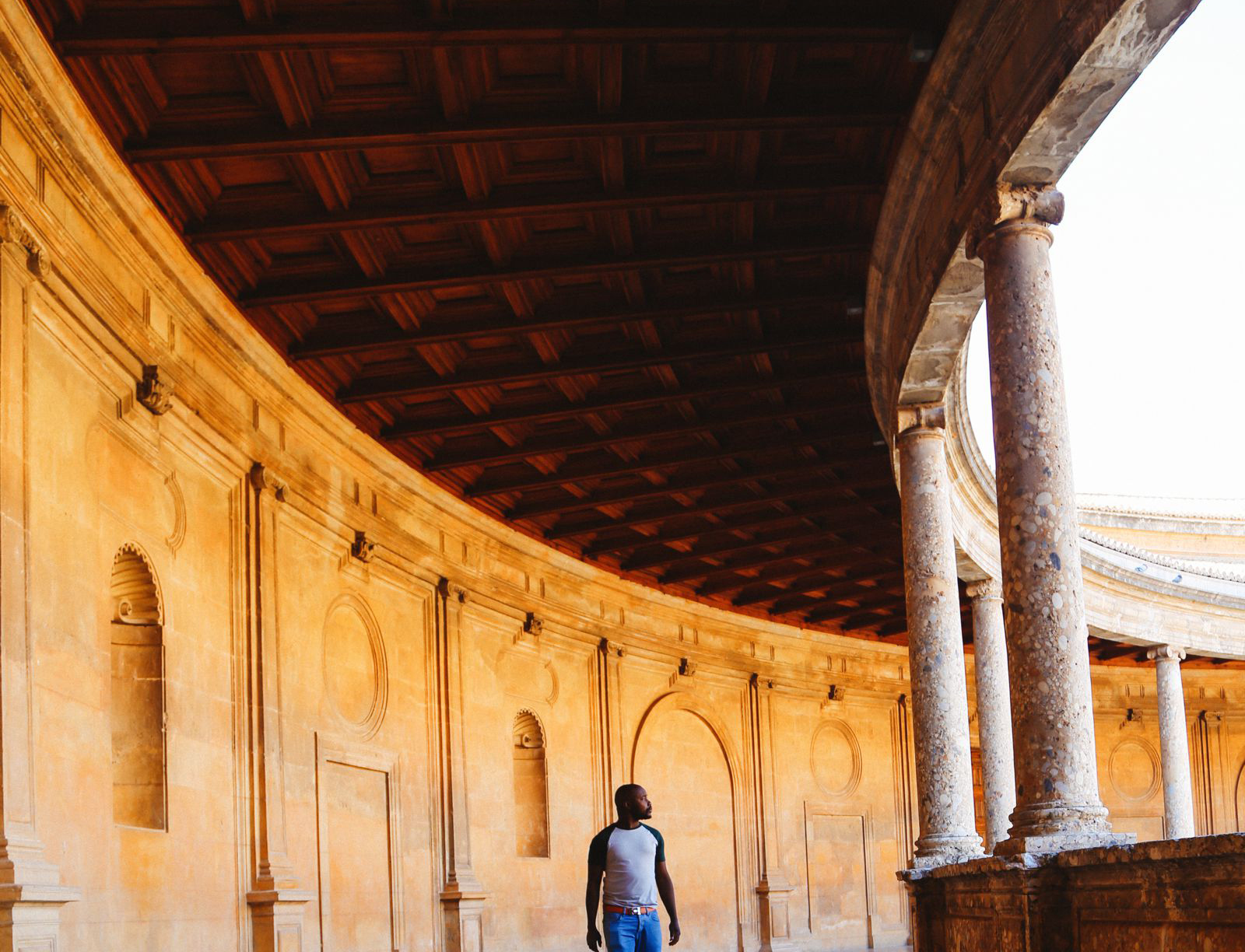 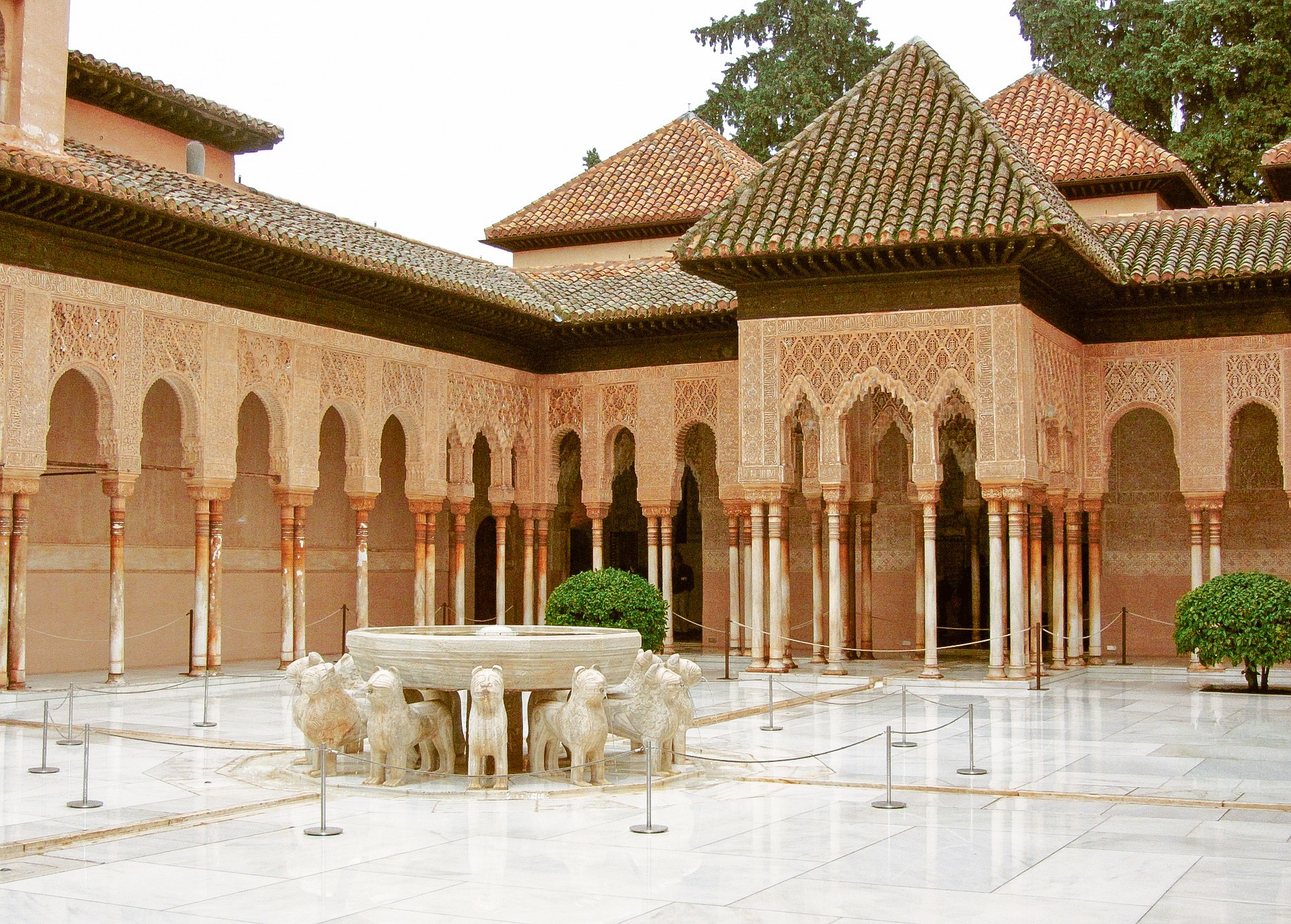 One of the best places to visit in Spain that will give you a taste of the country’s dazzling Moorish architectural heritage is in Granada, home to the iconic Alhambra Palace. This UNESCO world heritage site is not only breathtakingly beautiful, it’s also one of best places to go in Spain if you need to unwind and relax: the Alhambra’s lush gardens will recharge your soul, and the foothills of the Sierra Nevada and their epic hiking trails are just a short bus ride away.

Just make sure you Make sure to book tickets in advance for the iconic Alhambra as daily quotas run out fast, and pack plenty of water if you decide to hike during the intense heat of summer. No one likes a dehydrated hiker! 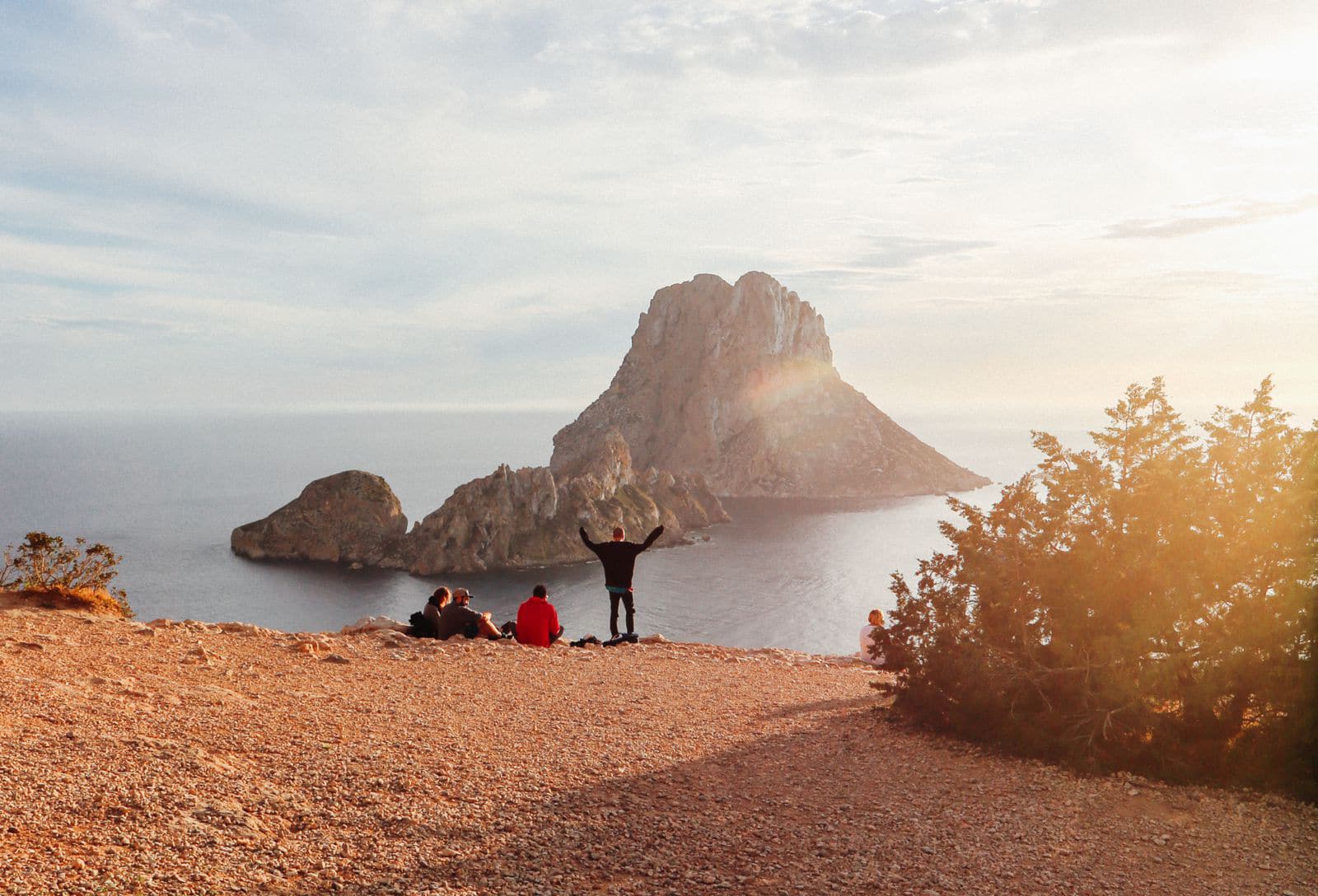 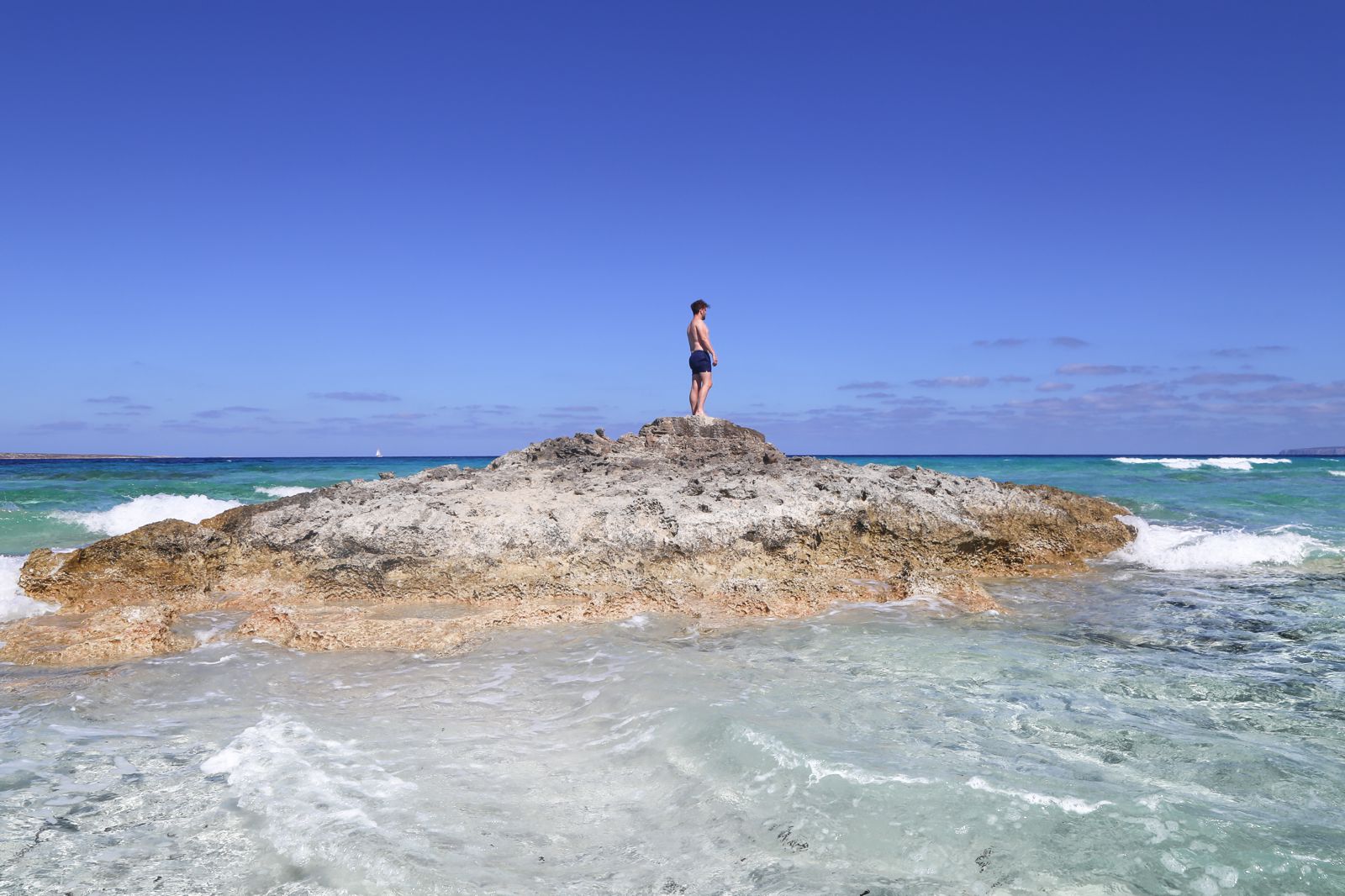 A party island like no other, Ibiza is an intoxicating mix of all-night raves, world-class DJs and beach-side drinks… but don’t think that’s all this island has to offer. Ibiza has some of the best spots in all of Europe to watch the sunset. Make your way to the cliffs overlooking Es Vedrà (about 30 minutes from the city of Ibiza) with a local bottle of wine and experience one of the best sunsets you’ll ever see. This spot is one of the most beautiful places to visit in Spain, and although it’s popular, there’s plenty of space for everyone.

Once you’ve had your fill of partying, head north to see a more wholesome side to this stunning island. It’s one of the most beautiful spots in all of Europe for hiking, and you’ll have stunning coves all to yourself. If rambling isn’t your thing, hop over to the Hippy Market to find some local hand made products, cosmetics and quirky gifts. 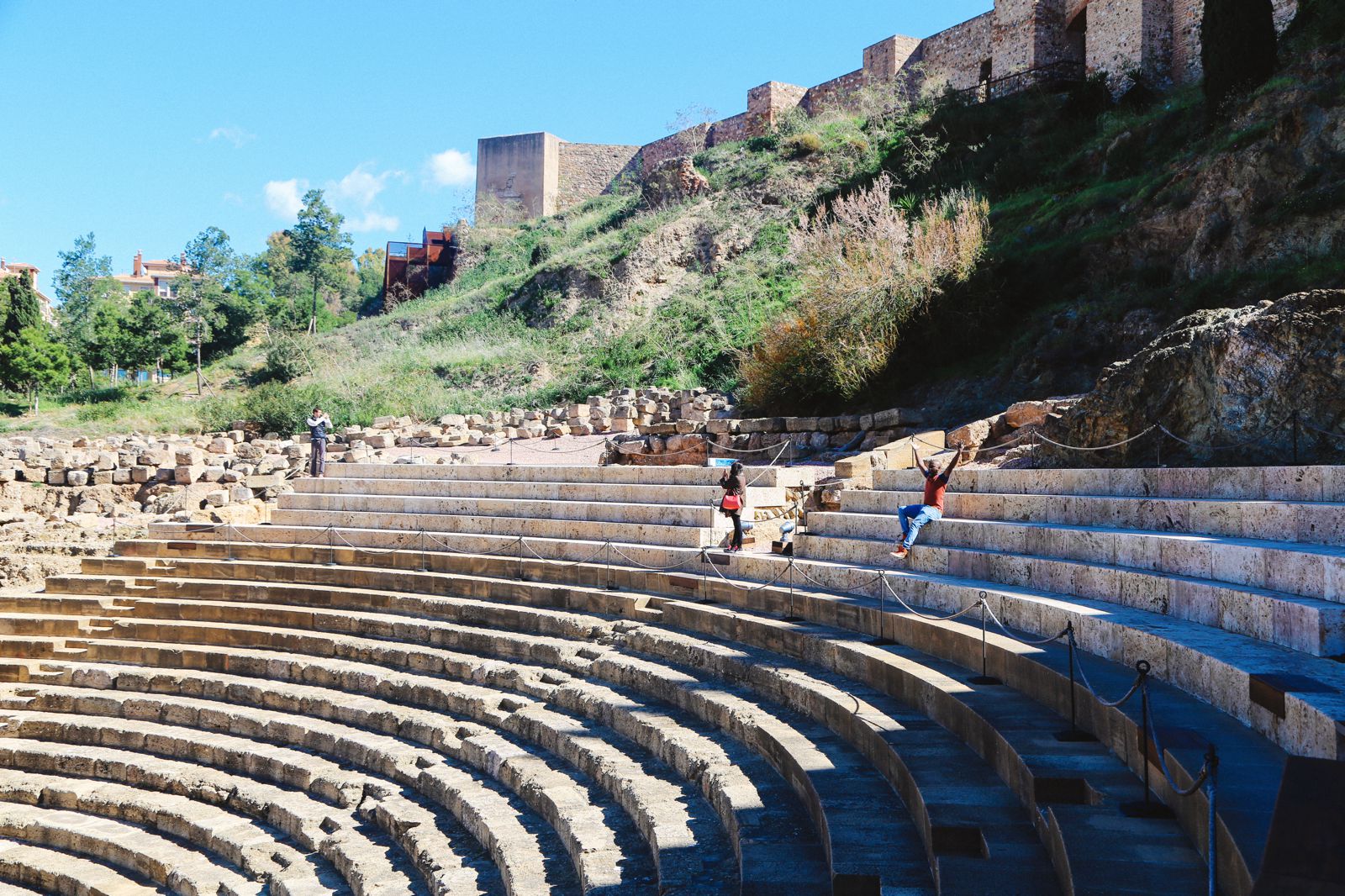 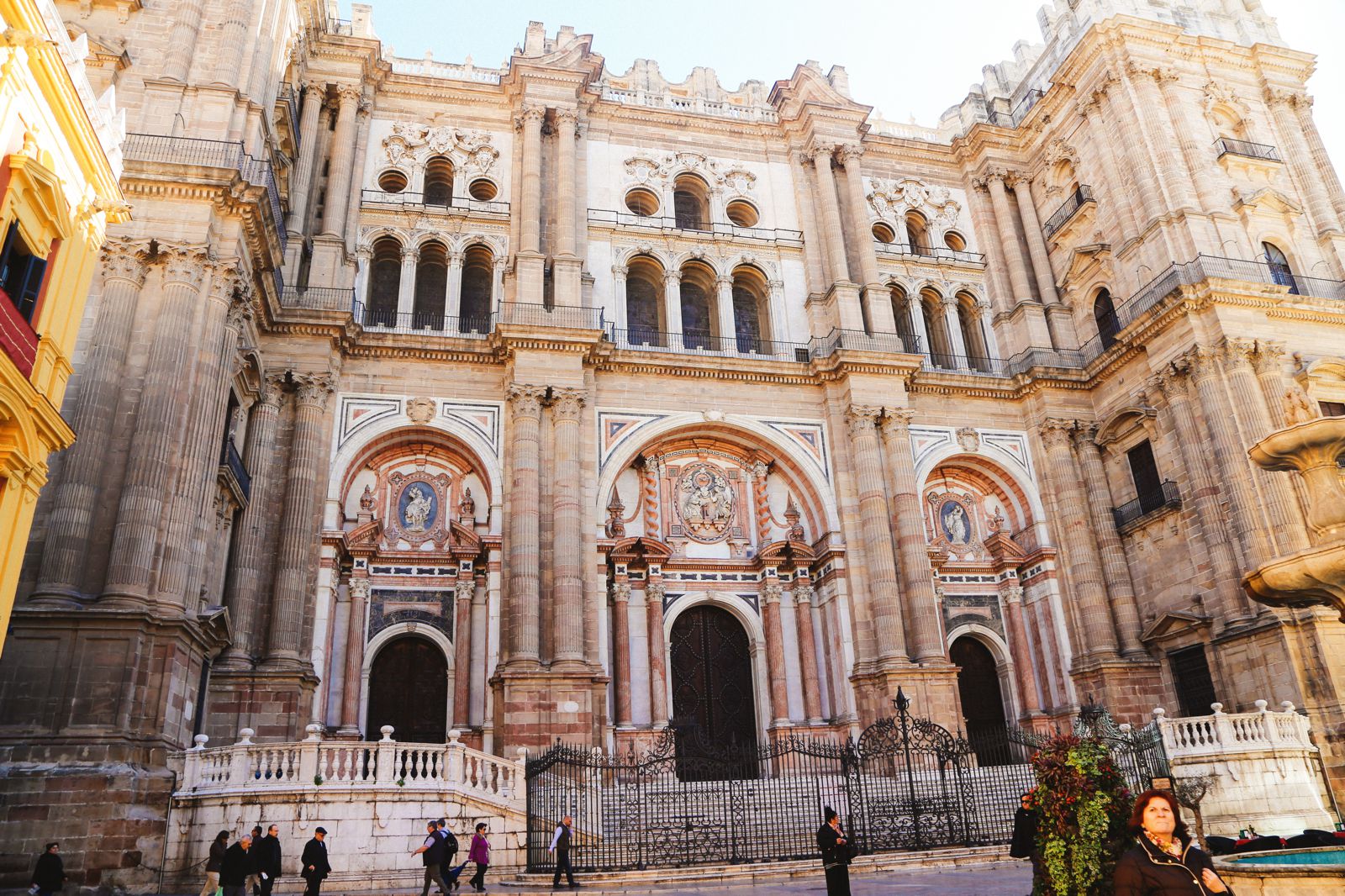 Don’t be fooled into thinking Malaga is just an airport city for holiday makers looking for a bit of sun; it’s SO much more than that. Most tourists tend to bypass the city, which is perfect for travellers looking for a historic coastal city to explore away from the crowds. Make sure to visit Castillo de Gibralfaro, Picasso’s house and the ancient Roman theatre that stands pride of place in the centre itself.

For an unpretentious watering hole, scurry across to ZZ Pub, which has become a popular spot for students thanks to its low prices and epic live music nights that draw in a buzzing crowd. With a cool, creative vibe and more and more incredible hostels popping up, Malaga is set to be one of the hottest backpacker destinations of 2017. 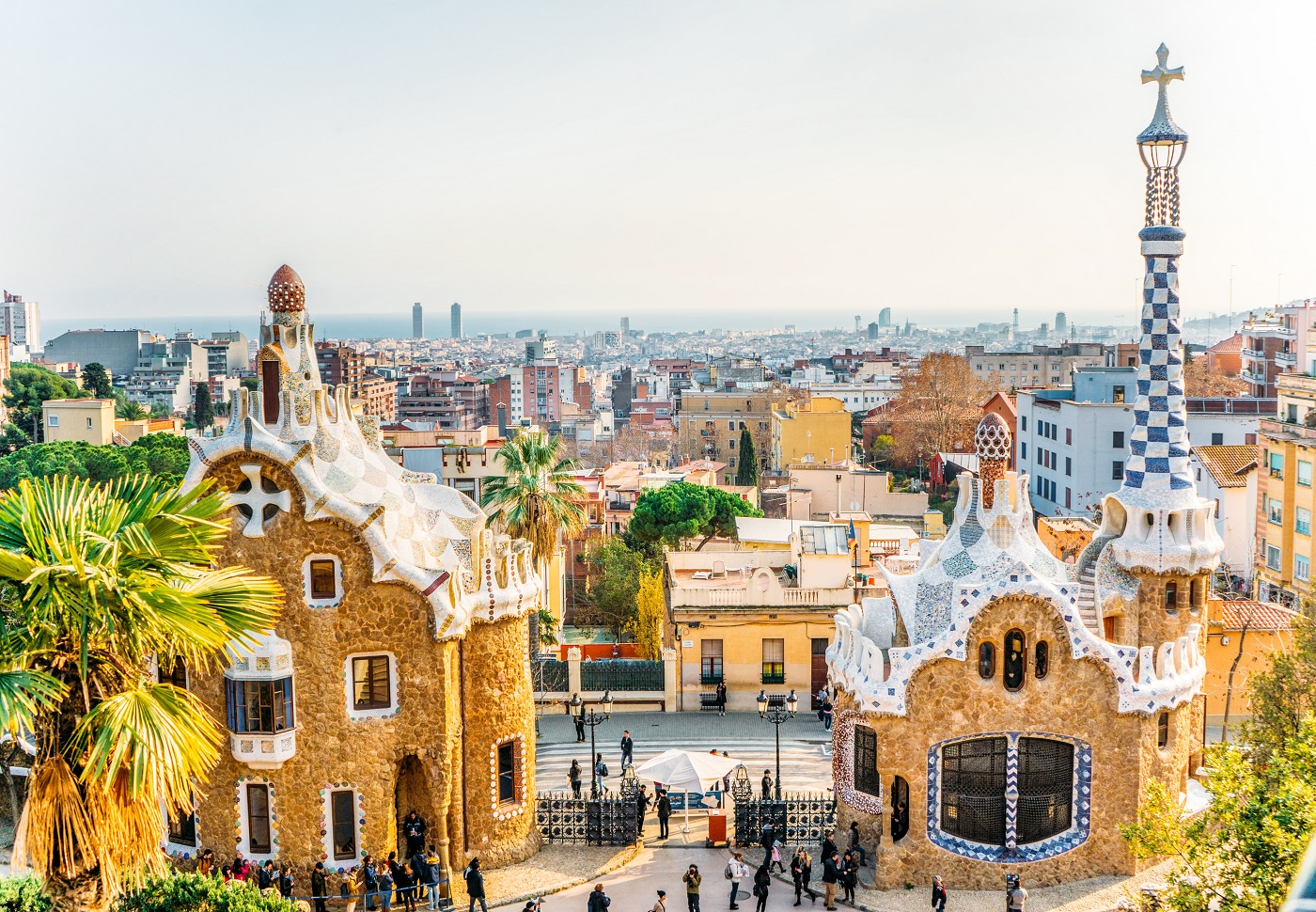 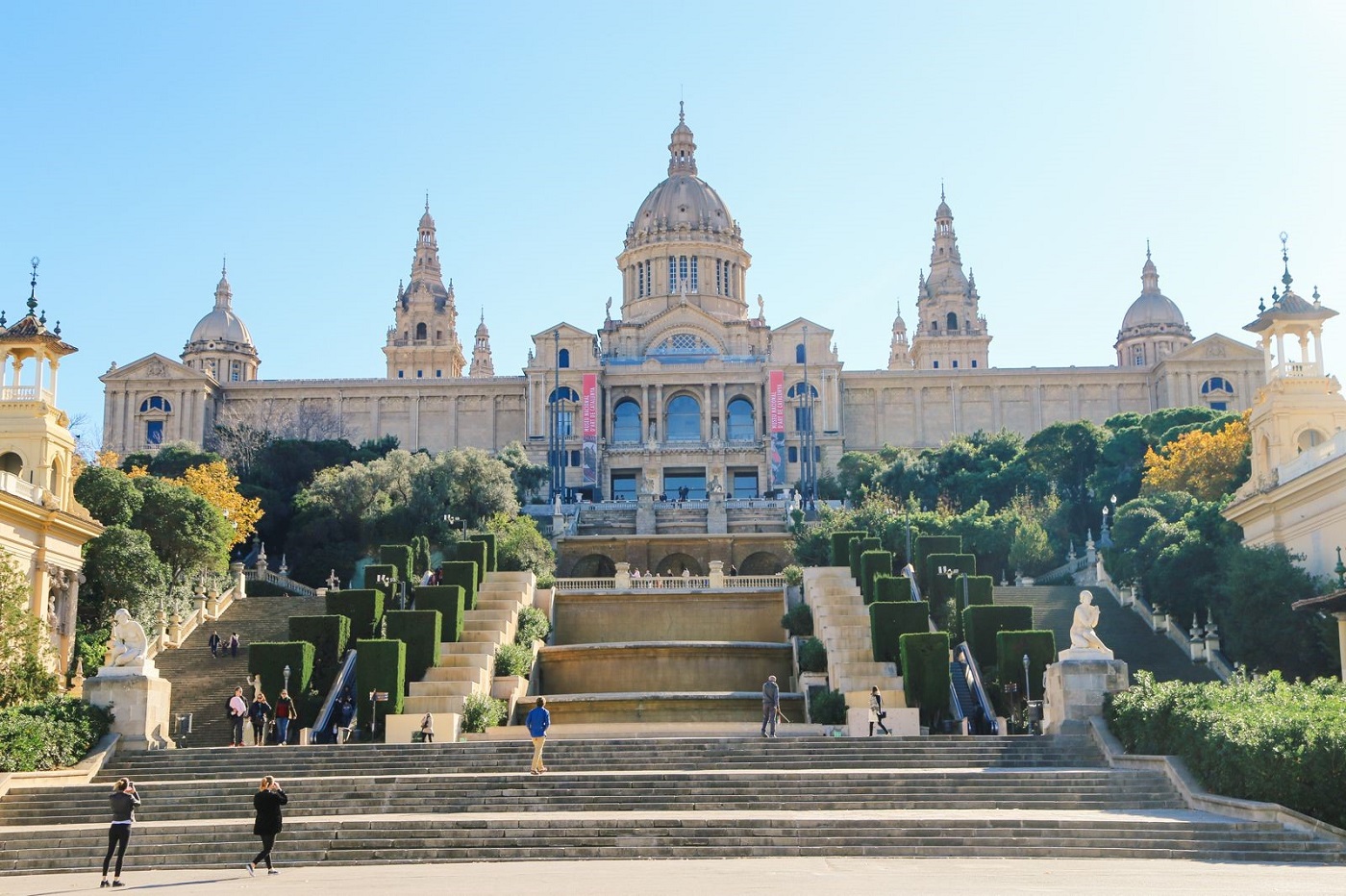 When it comes to tourist attractions in Spain, Barcelona has more than its fair share. And whilst you must experience the crazily beautiful Gaudí architecture that scatters the city (our favourites are Sagrada Família, Parc Güell and Casa Batlló) there are plenty of more off the beaten track places to explore too. Try the Jardins de les Tres Xemeneies, the city’s biggest graffiti park, where you’ll find works by local artists alongside international big hitters. And for all the glory of the Sagrada Família with fewer crowds and better views, check out the Sagrat Cor, located in the hills above the city.

For some yummy and cheap Spanish tapas in Barcelona, head to local favourite Los Toreros, where you can grab some freshly prepped calamari for €5 and a whole bottle of local Spanish wine for €8. It’s the perfect place to keep costs low and still have that authentic tapas experience. Make sure to plan plenty of time into your trip: there’s a reason why Barcelona is the top city to visit in Spain amongst backpackers! 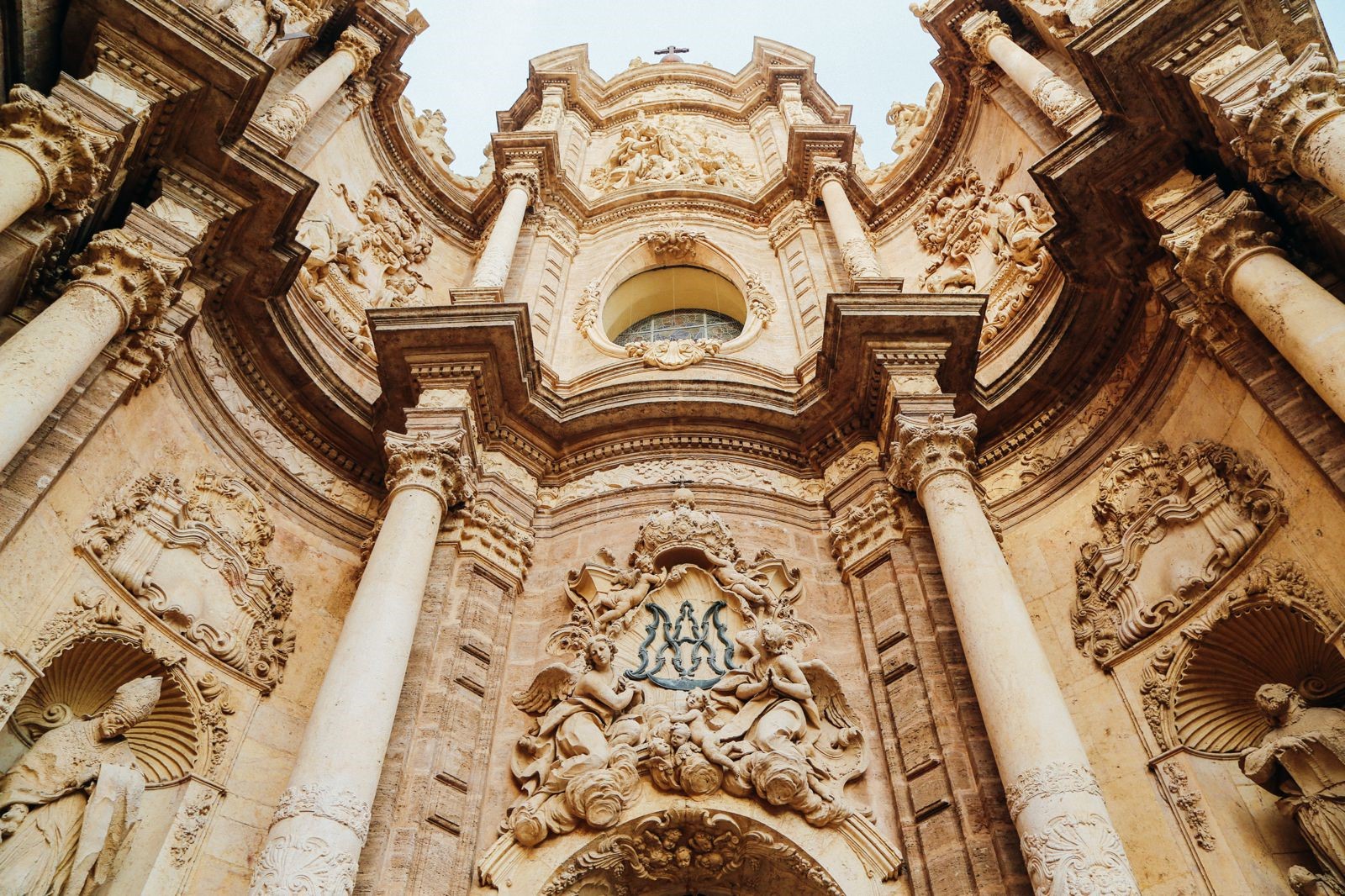 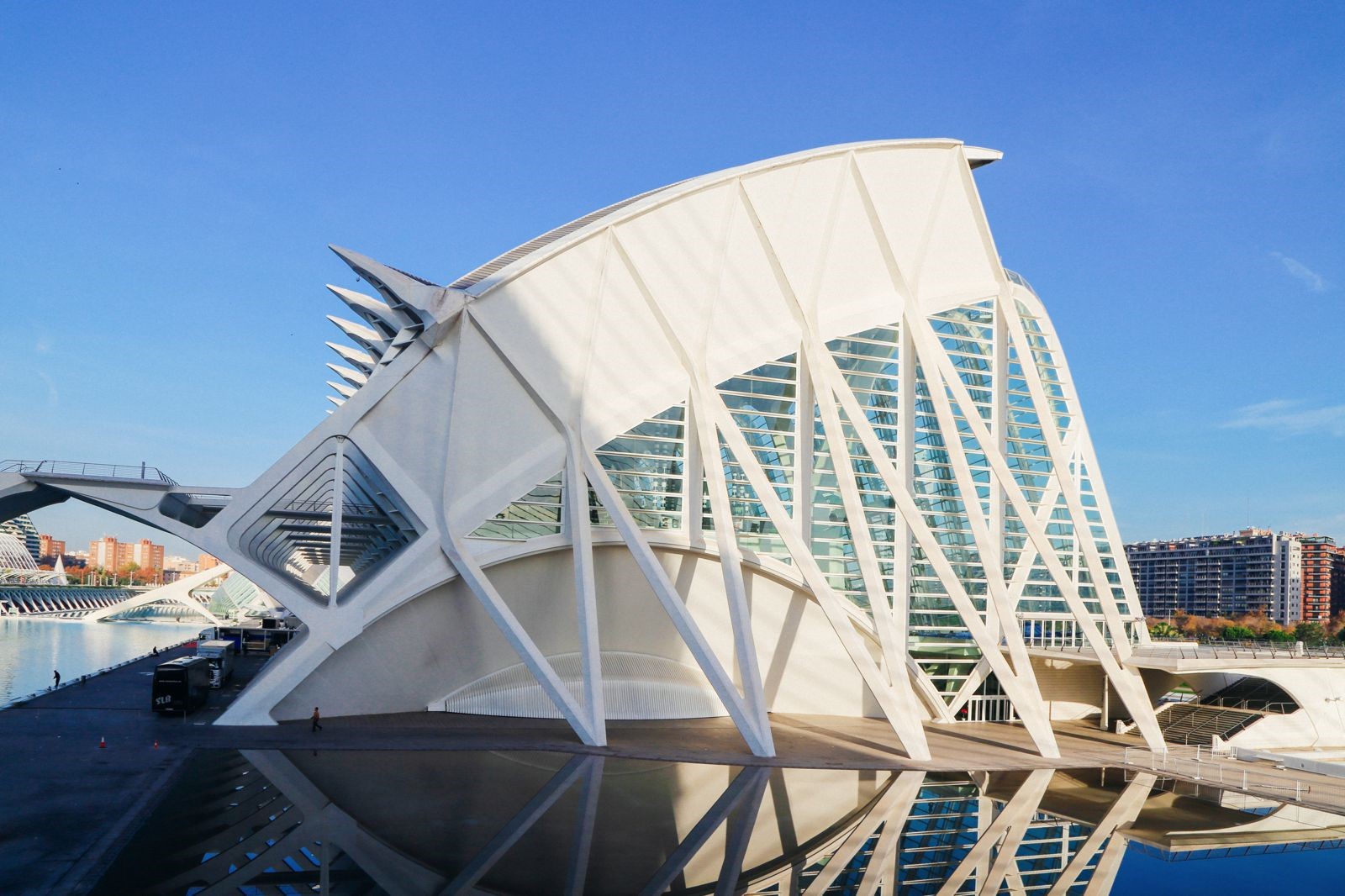 For all the fun of Barcelona at a fraction of the cost, head to the port city of Valencia. We’re talking roof top bars, brilliant clubs, great food, and fantastic beaches, not to mention an eclectic mix of architecture. As if that were’t enough, Valencia is the birth place of paella, the ultimate budget-friendly meal to share with new traveller friends.

One way to save money, especially if you’re just in the city for a day or two is to get the Valencia Tourist Card, which covers all your transport costs (even to the airport), free entry to all museums and loads of other attractions, a number of other discounts plus a free tapa and drink – all for just €15 for 24 hours. 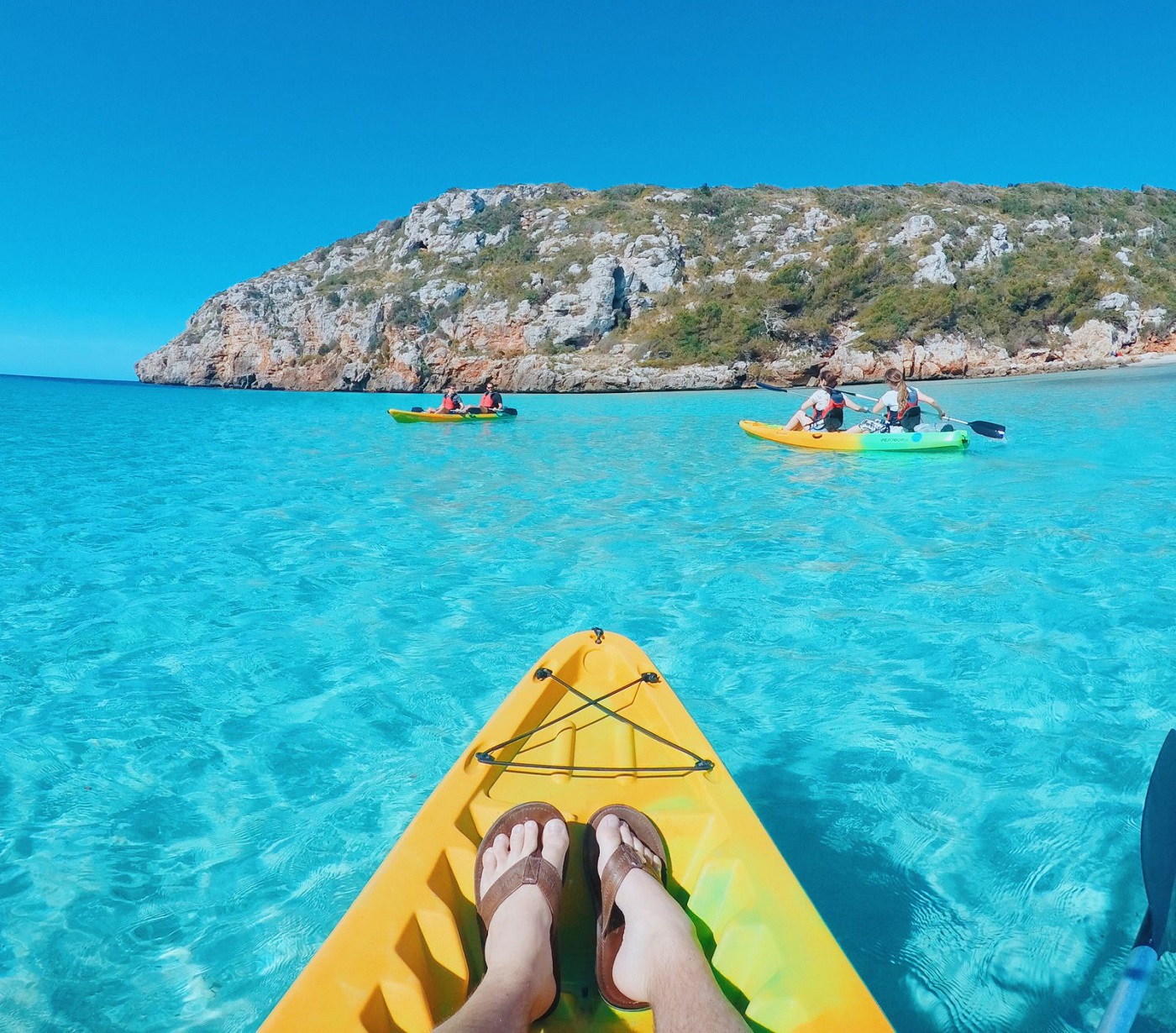 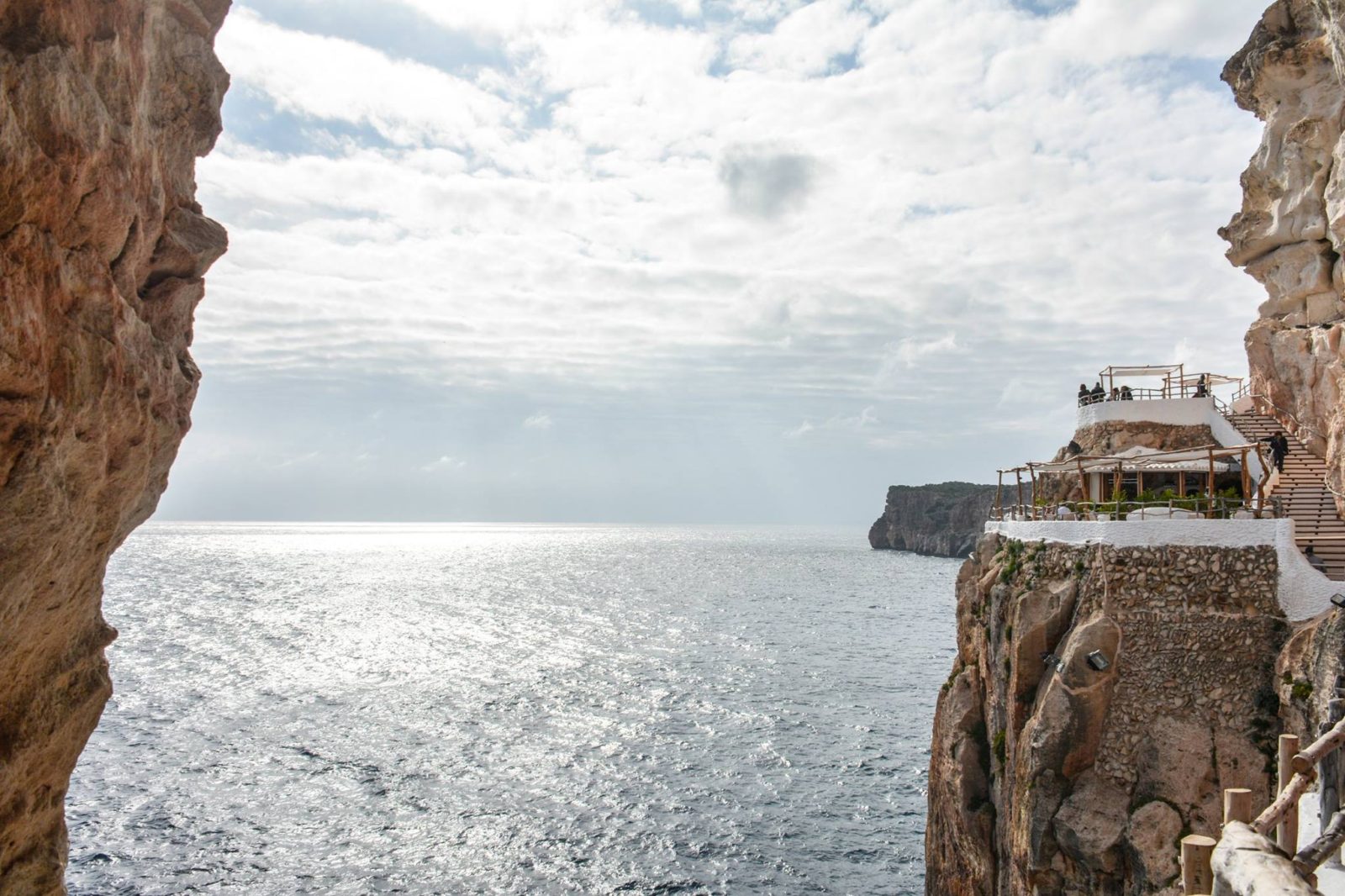 Menorca is another one of Spain’s gorgeous island getaways that shouldn’t be discounted as a tourist trap. Arrive in the historic city of Mahon and explore its gorgeous cobbled streets and picturesque charm. For great views of the island, head to the top of Monte Toro, Menorca’s tallest point. And on a hot summer’s day you can’t beat renting a kayak in Es Grau; the crystal clear waters will blow you away.

If you’re looking to (slightly) blow your backpacker budget on something a little special, head Cova d’en Xoroi, a unique bar and club hewn into the cliff face. It’s pricier than many other bars on the island but at €10 entry it’s cheaper than most clubs in London and worth every penny for the breathtaking views. 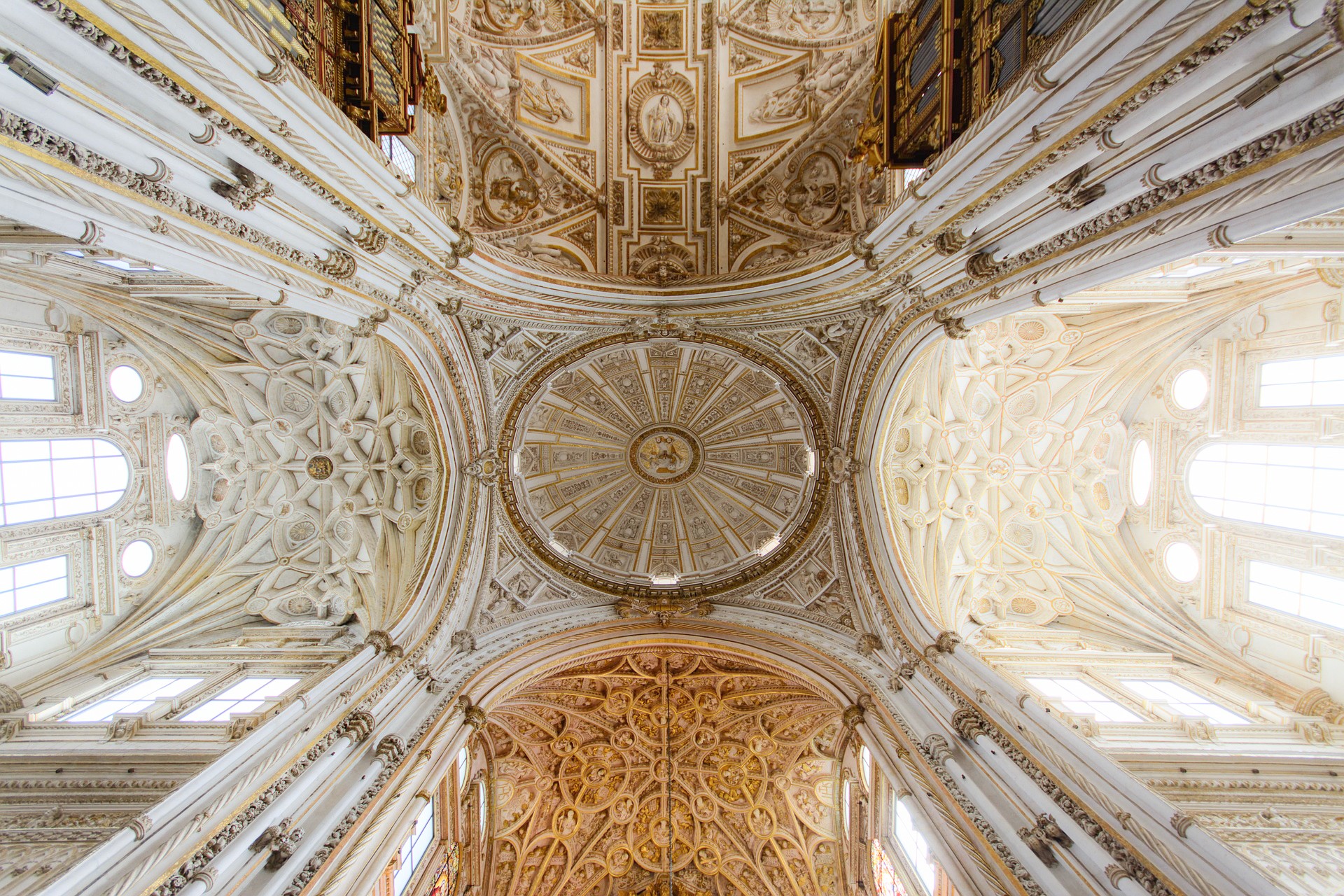 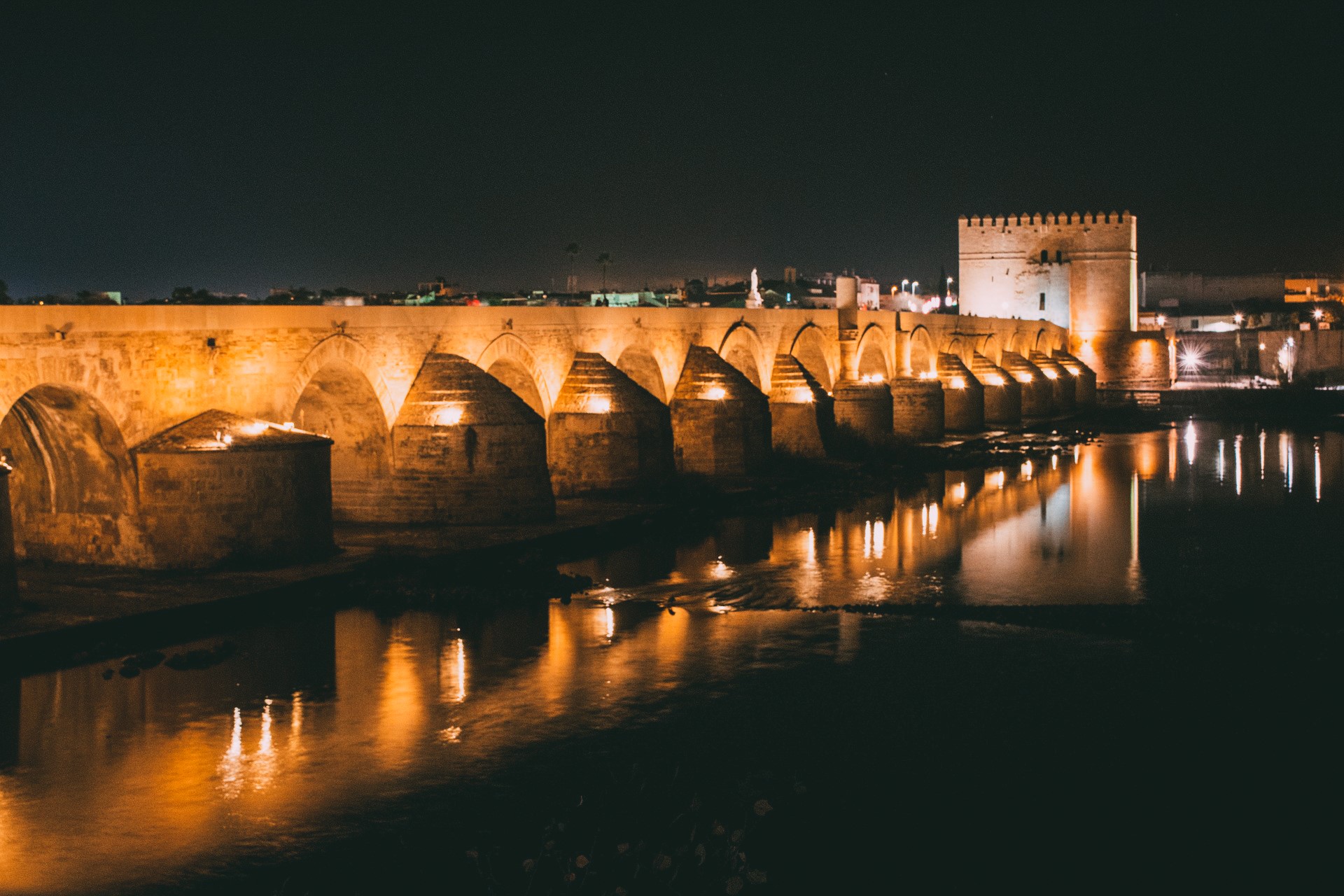 Once the Islamic capital of Europe, this Andalusian gem is unlike any other city in Spain. The streets are stepped in thousands of years of history and culture, with much of the centre designated a UNESCO World Heritage site. Córdoba’s star attraction is the eminently Instagrammable Great Mosque of Córdoba aka Mezquita, which is reason alone to make a detour here.

Another reason to visit is that this city is one of the hottest, not just in Spain, but in Europe so you’re pretty much guaranteed great weather here. 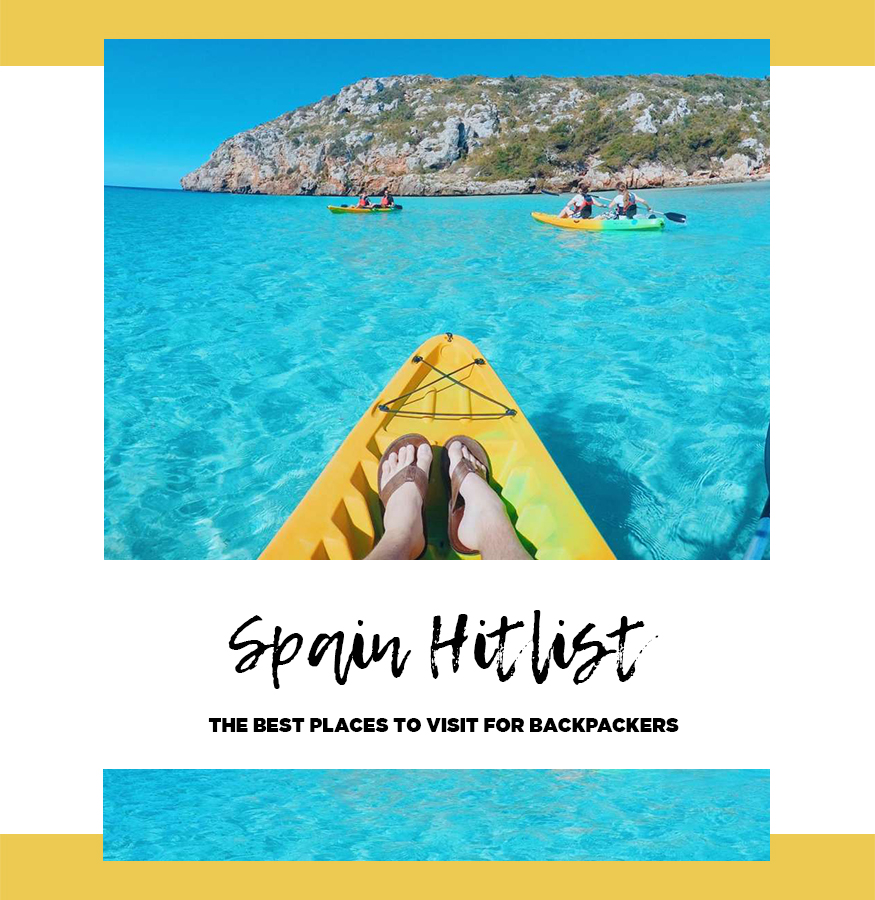 Hand Luggage Only is a travel and lifestyle blog run by Lloyd and Yaya, two adventure obsessed friends from London. Follow them on Instagram @handluggageonly for a daily dose of travel inspo.

Got a hot tip for the best places to visit in Spain? Tell us about it in the comments below and you could feature on this list! ?