Known for its festivals, castles and haunted tales, Edinburgh is one of the most welcoming cities in the world. Wandering around its cobbled streets, dropping into traditional pubs and meeting locals, you’ll soon see it isn’t hard finding things to do. If you’re not sure where to start, this guide is your go-to for awesome things to do in Edinburgh. And don’t worry, if you’re a traveller on a budget thankfully lots of them are free – bonus! Read on to discover your ultimate Edinburgh itinerary…

Looming over the Scottish capital is Arthur’s Seat, the main peak of a group of hills just east of the Old Town. Formed by an extinct volcano, you can get there easily from the Royal Mile (the Old Town’s main thoroughfare) – just take a right once you get to the bottom and walk towards the hill that you literally cannot miss. Depending on your fitness levels, the walk to the top takes approximately one hour. The views from up there are well worth it! 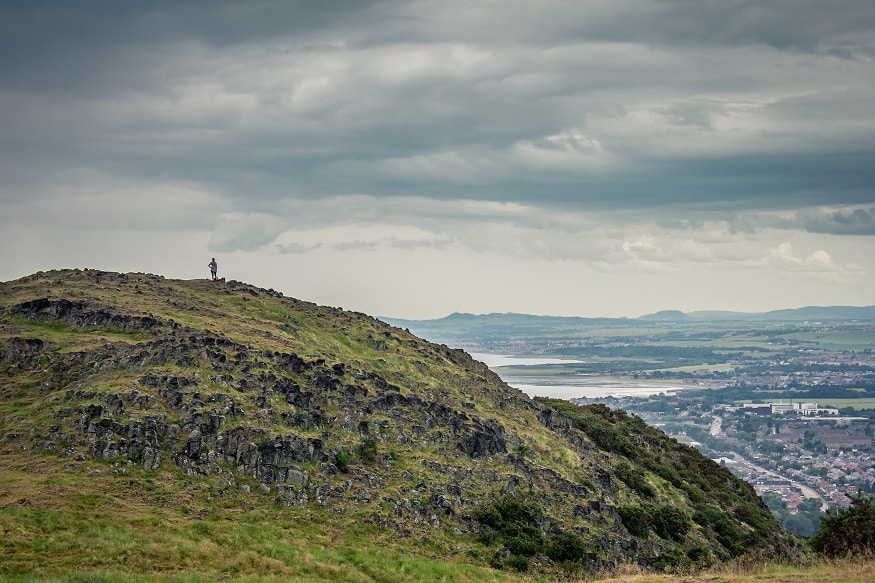 2. Go on a free walking tour

Yes, you read right – a free walking tour. I know what you’re thinking…what’s the catch? Well, the good news is that there isn’t a catch. Sandeman’s Free Walking Tour is exactly that. The tours last around 3 hours and depart from the Starbucks on the Royal Mile at 11am and 1pm. They take in sights such as Edinburgh Castle, St Giles Cathedral, the Grassmarket, the original ‘Hogwarts’ and more. Once it’s finished, your guide will ask for a tip – be fair and tip what you can afford and think they deserve. 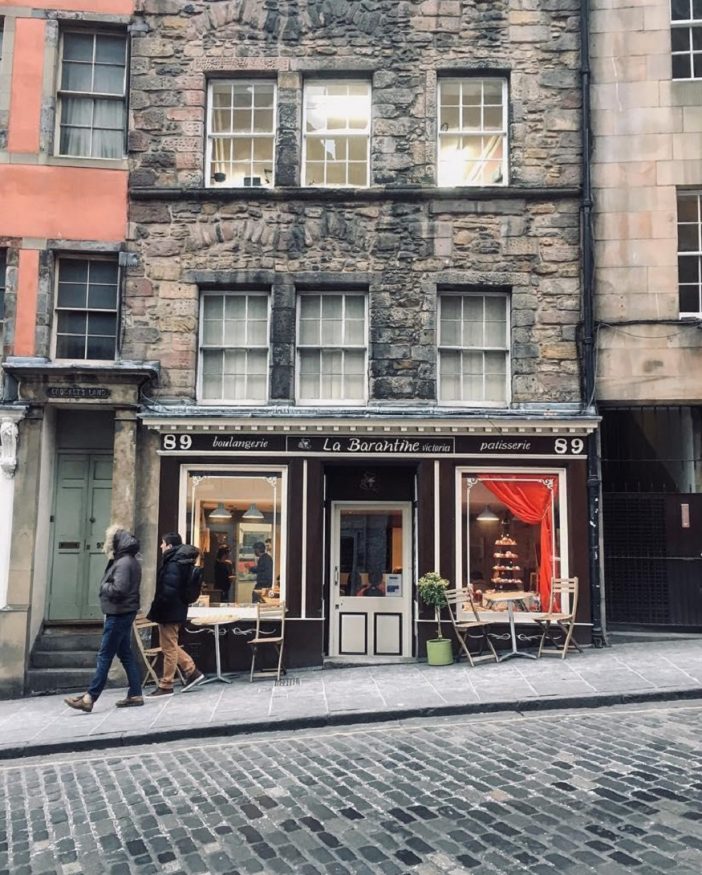 3. Go museum-hopping on the Royal Mile

The Royal Mile is home to four free museums. One of these is the Edinburgh Writers Museum, which celebrates the lives of three of Scotland’s most famous writers – Robert Burns, Sir Walter Scott and Robert Luis Stevenson. The others are the Museum of Childhood, which was the first museum in the world to specialise in the history of childhood, the Museum of Edinburgh, which is a maze of historic rooms crammed full of iconic objects from the capital’s past and The People’s Story, which is dedicated to telling the history of Scotland’s capital and it’s people.

4. Stroll along the Royal Mile

By this stage you might be wondering what the ‘Royal Mile’ is. It’s four streets that connect to make one long stretch, lasting for approximately – you guessed it – one mile. It begins on Castlehill at Edinburgh Castle, continuing through Lawnmarket which is an area full of touristy shops selling all things Scotland. Next is the main part of the Royal Mile – High Street. This is the heart and soul of it and where you’ll find St Giles Cathedral and the Tron Kirk among other things. Then at the bottom is Canongate, home to free museums, good pubs and the city’s royal palace, the Palace of Holyrood House. 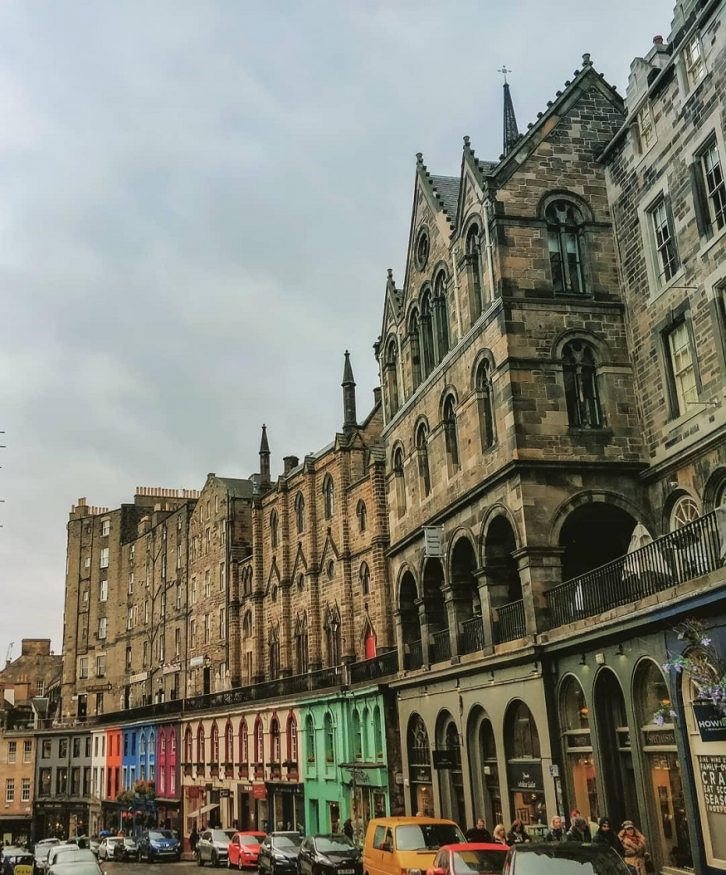 Located at the junction of High Street (Royal Mile) and The Bridges, Whistlebinkies is arguably the best place to catch live music from up and coming bands in Edinburgh. What’s great about it is that it’s free entry, seven nights a week. From Sunday to Thursday it’s free in for the entire night, while on Fridays and Saturdays it’s free in before midnight. To find out more details about who’s playing, promotions and more visit the Whistle Binkies website.

Okay, so this tip is time sensitive, but if you’re reading this and you’re looking for somewhere to go in August we have one suggestion…Edinburgh. This is the official festival capital of the world and in August no fewer than six festivals take place. These include the Military Tattoo, the Edinburgh Book Festival and the best known of all – the Edinburgh Fringe Festival, the largest arts festival in the world. While most of the shows staged are ticketed events, there’s non-stop free events taking place too. For more information visit the official Edinburgh festivals website as well as the Edinburgh Fringe Festival website. 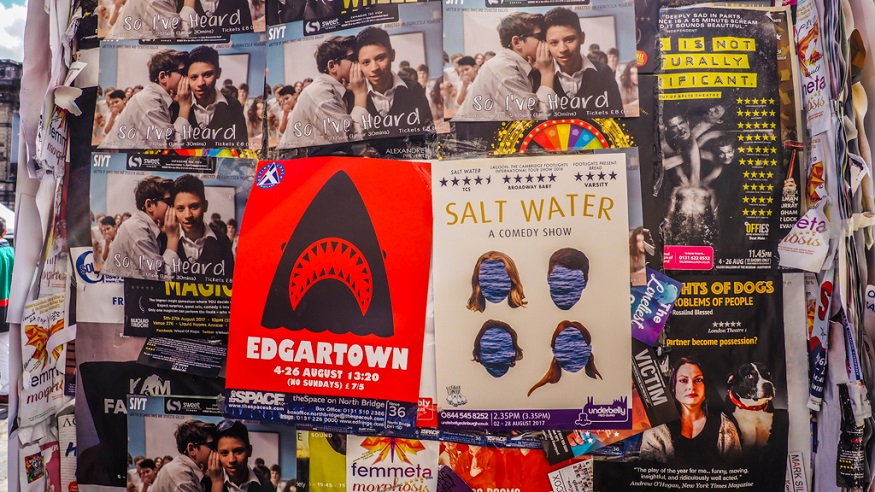 Also known as the High Kirk of Edinburgh, St Giles’ Cathedral dates back to the 1120s. Within the cathedral there are over two hundred memorials honouring different Scots along with a notable collection of stained glass windows. You can’t miss this imposing building on the Royal Mile and it’s free to enter. 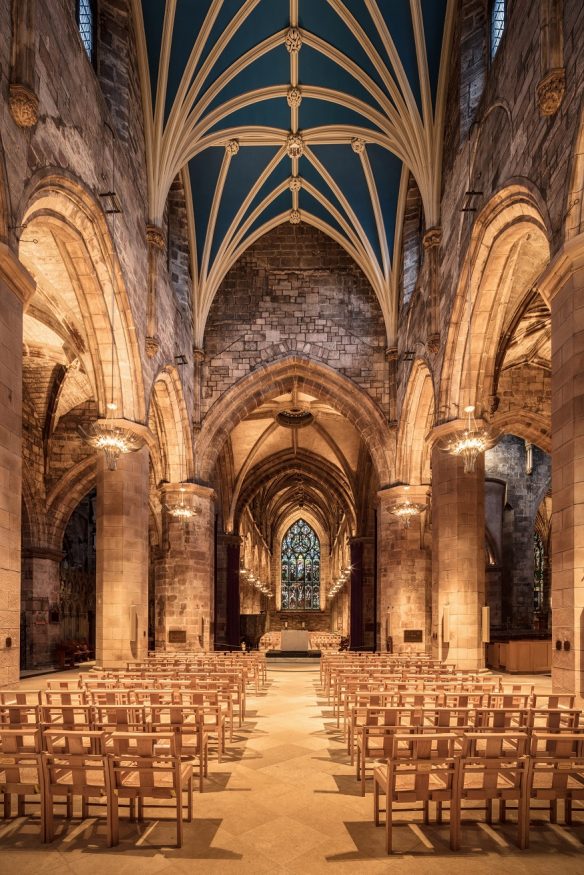 This might be a cliche when it comes to free things to do in cities, but Edinburgh is easily one of the most intriguing cities when it comes to exploring on foot, particularly in the Old Town. You can easily spend hours walking through lanes and alleys, exploring neighbourhoods like Cowgate and Grassmarket and imagining what this city was like centuries ago. Make sure to put aside a few hours for nothing else other than wandering. 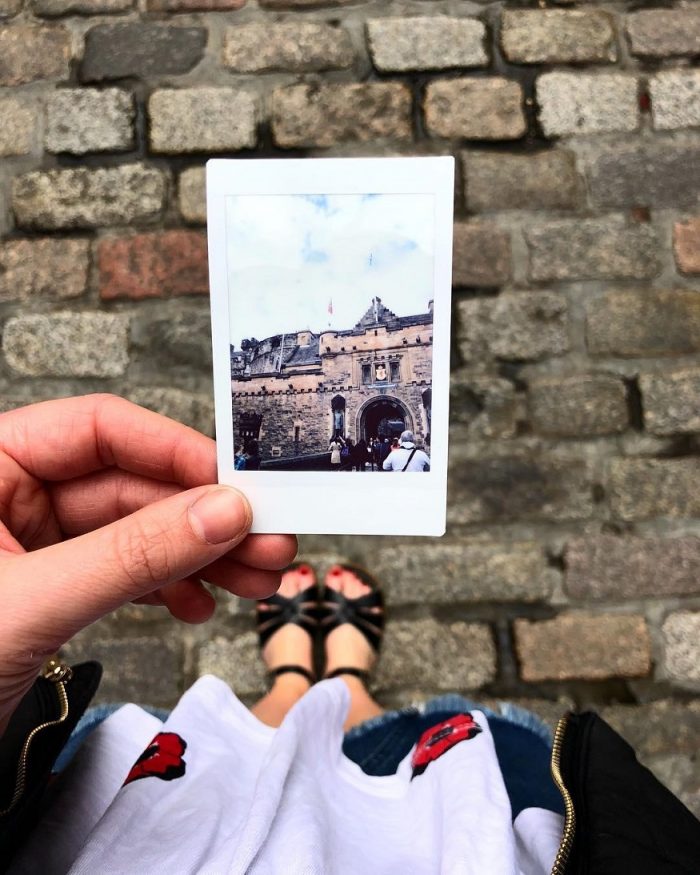 9. See the statue of ‘Greyfriars Bobby’ and walk through Greyfriars Kirkyard

One of Edinburgh’s most famous tales surrounds Greyfriars Bobby, a small Skye Terrier who became famous in the 19th-century for spending 14 years guarding the grave of his owner, John Gray. Today there’s a statue of Greyfriar’s Bobby at the corner of Candlemaker’s Row and St George’s Bridge – you should definitely pay a visit and get your photo taken beside it! Just across the road is Greyfriars Kirkyard, a graveyard where you’ll find large tombs and graves of notable Scots like Allan Ramsay (poet) and Henry Mackenzie (author).

10. Visit the National Museum of Scotland

On Chalmers Street you’ll find one of Scotland’s most fascinating museums, the National Museum of Scotland. This enormous museum has everything from fossils showing evidence of the earliest forms of life, to rich artefact collections representing diverse cultures across the globe. Some of the highlights include the first cloned living being Dolly the sheep, and exhibitions focusing on the country’s first settlers. There’s also a great view of the Old Town from it’s roof terrace. 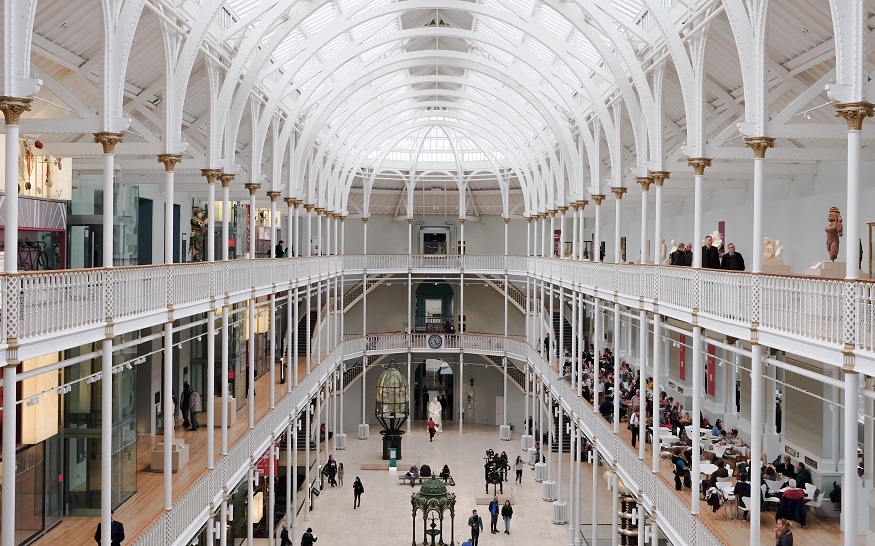 Located at the bottom of the Royal Mile is the award-winning building for the Scottish Royal Parliament. As well as being the centre of Scottish politics, it’s also a visitor attraction where you can learn about Scotland’s political history, watch live debates and marvel at its unique architecture. Tours of the building are free, you just need to book in advance. You can do so via the Scottish Parliament website.

12. Go to a comedy improvisation show

Edinburgh’s best known comedy show is called The Stand and is found on York Place (number 5 to be precise). Every Sunday afternoon a free improvisation show called “Whose Lunch Is It Anyway?” is staged. Hosted by Stu and Garry, it’s the perfect way to nurse a horrible hangover.

13. Chill out in Princes Street Gardens

There are many parks in the world that make relaxing in the sunshine an extremely memorable experience, but few boast the views that Edinburgh’s Princes Street Gardens do. Chill out on the greens here and on one side you’ll have Edinburgh Castle looming over you, while on the other is the skyline of the city’s Old Town. Pure bliss on a sunny afternoon. 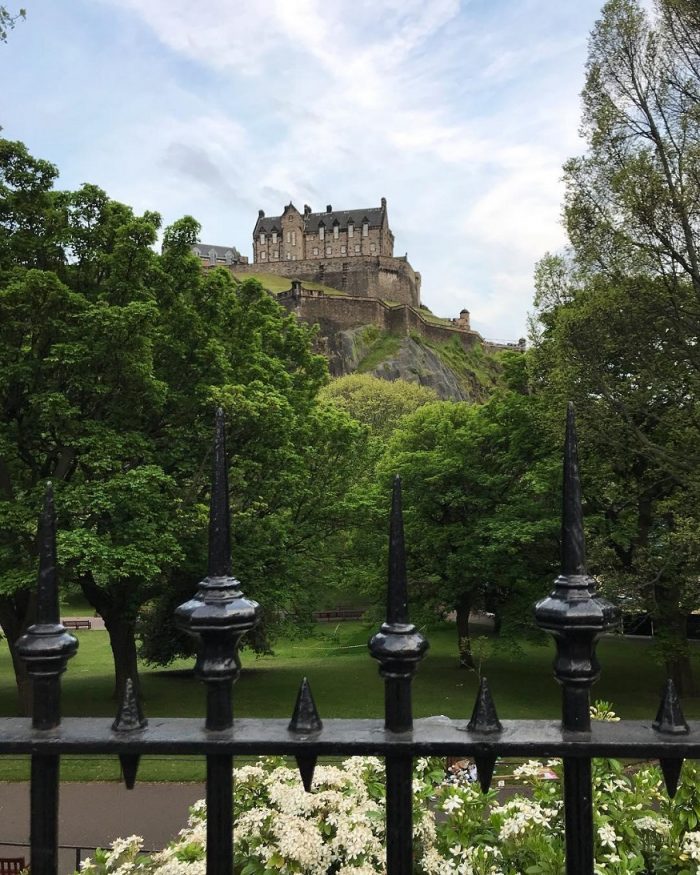 If you’re not feeling energetic enough to climb Arthur’s Seat, there’s another hill in the Scottish capital boasting impressive views – Calton Hill. To get there simply walk east on Princes Street Gardens until you see a laneway on your left. Walk up and within 5 minutes you’ll be enjoying an aerial view of one of the world’s most beautiful cities. 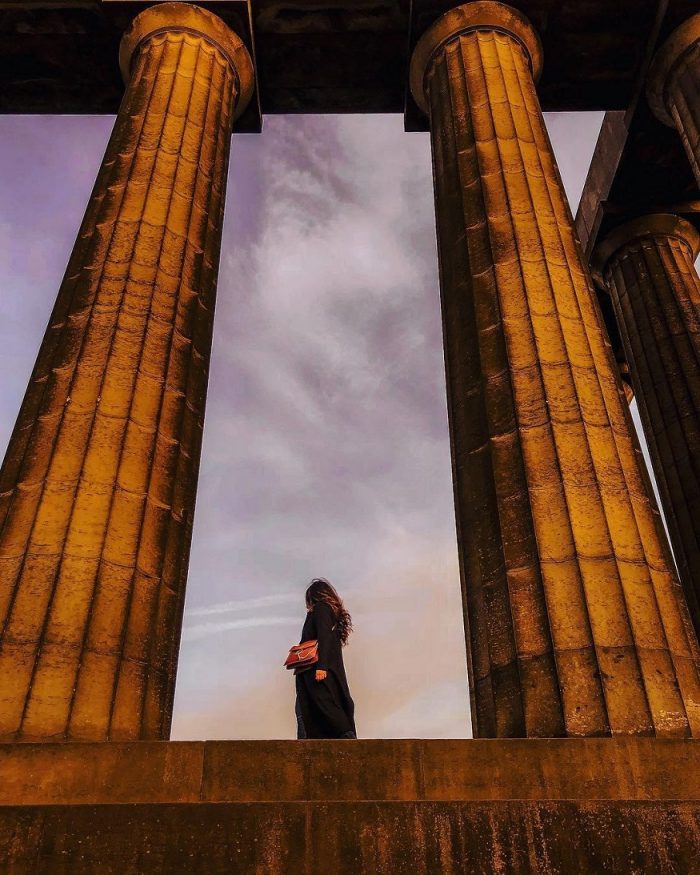 Not only is Edinburgh filled with free museums, it’s got several free art galleries too. The best known is the National Gallery on The Mound, smack bang in the middle of the city. Others include the National Portrait Gallery on Queen Street in the New Town and the Scottish Gallery of Modern Art on the outskirts of the city on Bedford Road.

Can’t wait to start grabbing all the Edinburgh freebies? Check out all of our hostels in Edinburgh and start planning your adventure!

🌟 The best hostels in Scotland

🌟 The ultimate guide to backpacking Scotland