For many, teaching English abroad is the perfect way to experience new cultures and become one of the locals while also having a steady job to keep your finances in good shape. However, with hundreds of countries to choose from, it can be hard to decide where to go.

With that in mind, here are some of the best places to teach English as a foreign language (TEFL) abroad, taking into consideration things like typical wages, ease of settling in, overall culture and likely work/life balance.

Germany has previously been named as the best country for working abroad by HSBC’s Expat Explorer, due to the great work/life balance and job security on offer. German cities also regularly rank highly in the Mercer Quality of Living Survey, which scores destinations based on things like safety, public services and the socio-cultural environment of the area.

As a European destination, you’re in easy reach of neighbouring countries such as France, Belgium, Austria and Poland, which makes travelling in your free time easy and affordable. TEFL careers in Germany generally pay well, however, your living expenses may be greater than in some of the other locations on our list. With TEFL jobs available in vibrant cities like Berlin and Cologne, as well as cosy towns in the German countryside, this country has a lot to offer those looking to teach English overseas. 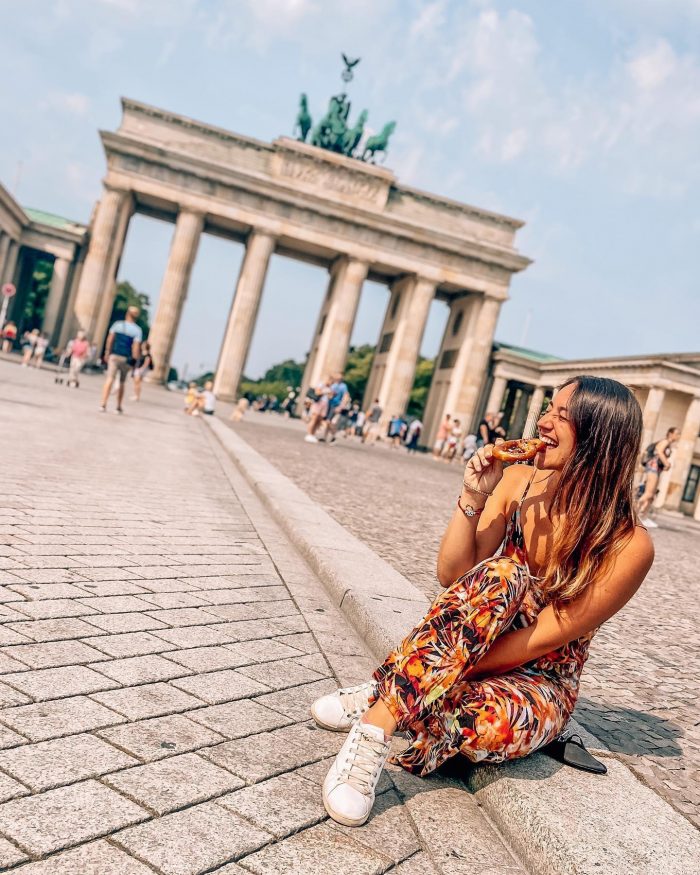 Mexico has a high demand for English teachers – as it borders with the US, there is a keen interest in language being taught across the nation. Average TEFL salaries may not seem like a lot, but the cost of living in Mexico is low compared to many other countries.

The capital, Mexico City, is a popular destination for international workers, as well as Guadalajara, another major city. However, if you would rather settle in a smaller town, there are plenty of opportunities to do so. TEFL jobs range from schools and universities to business English classes and private tutoring.

If you’re working for an employer rather than as a private tutor, you may find they cover benefits as well as a salary, such as transport passes or housing allowances. The nation is also known for its outstanding, low-cost healthcare – however, as a foreign worker, you may still need a global healthcare plan if you want to easily access the country’s private healthcare facilities. 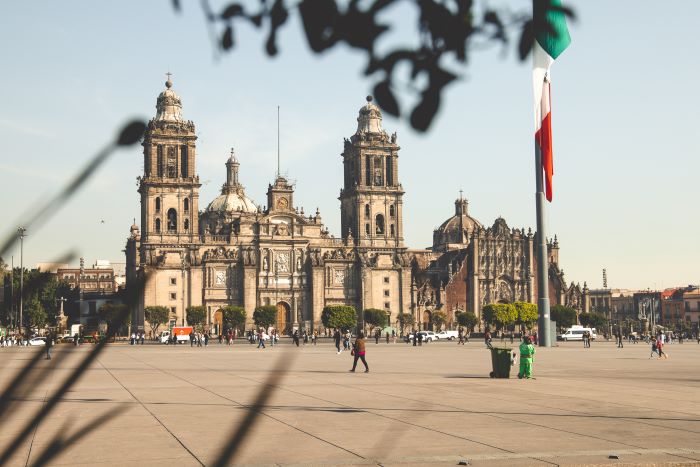 Offering a friendly culture and TEFL job opportunities in every major city and most towns, as well as some villages, Vietnam is an ideal location for teaching English abroad. Like Mexico, salaries can seem low when you’re viewing with your current costs of living in mind, but the cost of living in Vietnam is also low, allowing you to generate a generous disposable income from what at first seems like a modest salary.

Many foreign workers in Vietnam find they earn enough money to put money away in savings, while still enjoying plenty of sightseeing and a comfortable lifestyle. If you’re not sure where to start looking, note that there are hundreds of language schools in Ho Chi Minh City, making it one of the most popular locations to teach English in Vietnam. The capital city, Hanoi, also has a lot to offer. 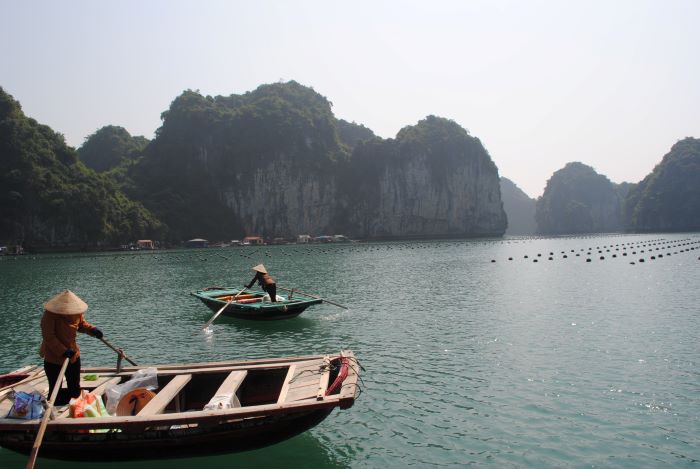 Morocco has recently seen an increase in demand for English language teachers, as the nation has begun promoting English within its education. Well-located for free-time travel, Morocco is close to European nations such as Spain and Portugal, while also connecting you to the rest of North Africa.

Cities such as Casablanca, Marrakesh, Fez and Rabat are the most popular locations for TEFL, however smaller towns and villages across the country will also have opportunities for teaching. From the bazaars to the Atlas Mountains, Morocco is known for a rich and vibrant culture, often cited as a ‘bucket list’ country for global citizens in search of their next destination. 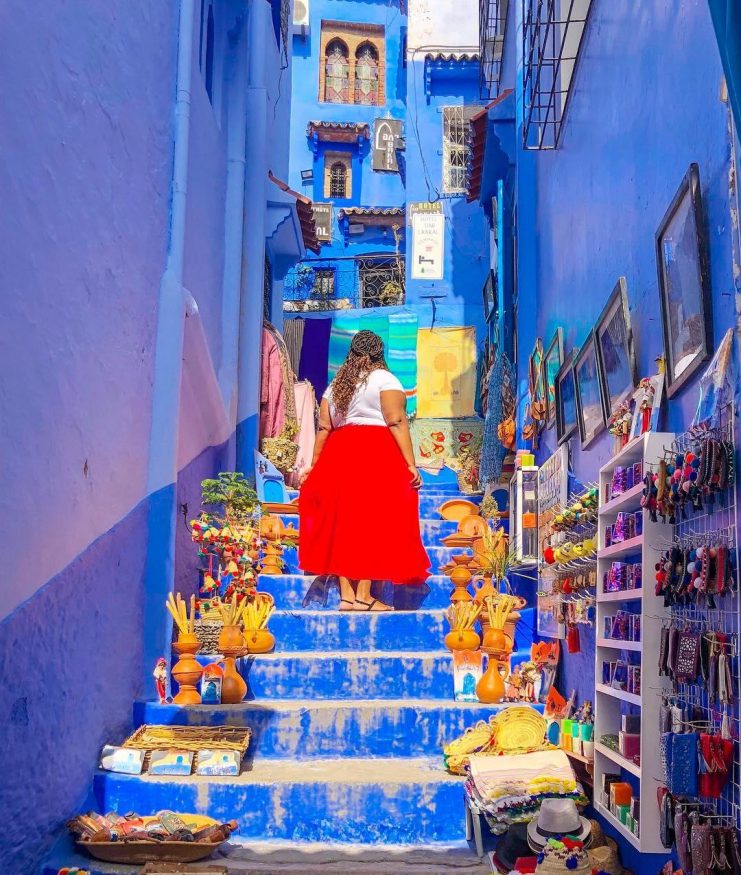 Inarguably one of the best countries to teach English abroad, Taiwan is a stunning tropical island that breathes a beautiful blend of Chinese and Taiwanese culture. Offering lively, technology-driven cities and calming coastlines, Taiwan is a culturally diverse place to live. You could earn between $1,000-$2,000 per month – enough to set aside savings once expenses are paid.

There are more English language jobs on offer here than there are qualified teachers, so you should have plenty of choice. Bear in mind that you will need a formal TEFL qualification and either an Associate or Bachelor of Arts degree in order to teach, unlike some other countries on this list where simply being a native English speaker or having an informal TEFL certificate will suffice. 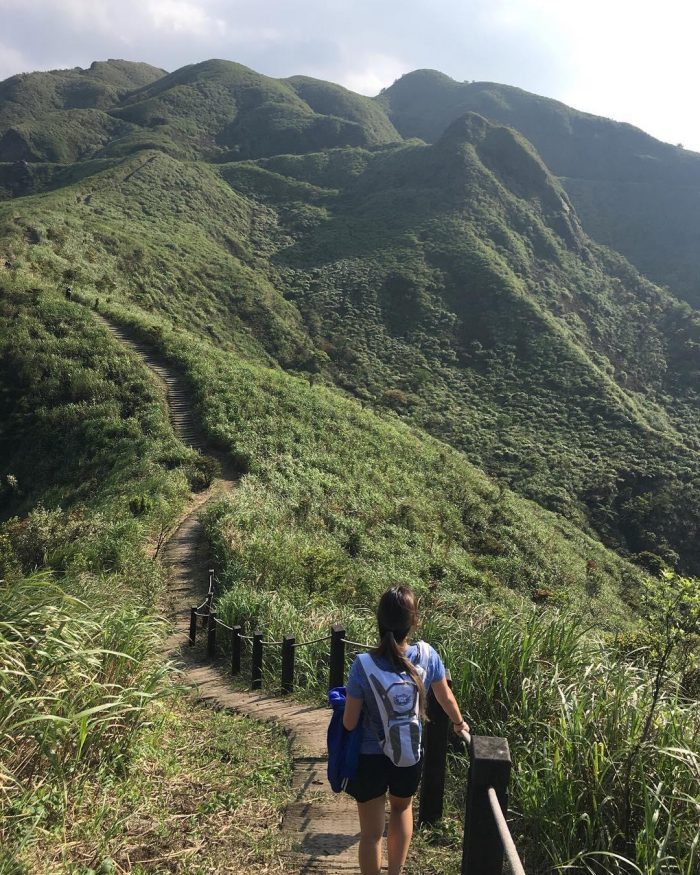 Despite the nation’s dark past, Colombia has become an attractive destination for TEFL roles. Innovation is at the heart of the nation, which wants to expand its English lessons as tourism increases, and the country has plenty to offer in the way of a relaxed lifestyle, beautiful beaches and world-class coffee, among other things.

Colombia has been ranked in the top five places worldwide to retire, by both CNBC and the Huffington Post, but that doesn’t mean it’s just great for older people. In your downtime, you can explore biodiverse rainforests, ancient ruins, and popular spots like the sunken Catedral de Sal or Rosario Islands – a famed snorkelling spot with stunning coral reefs.

In order to teach in Colombia, you will be expected to have a BA degree, with private schools wanting TEFL certification. 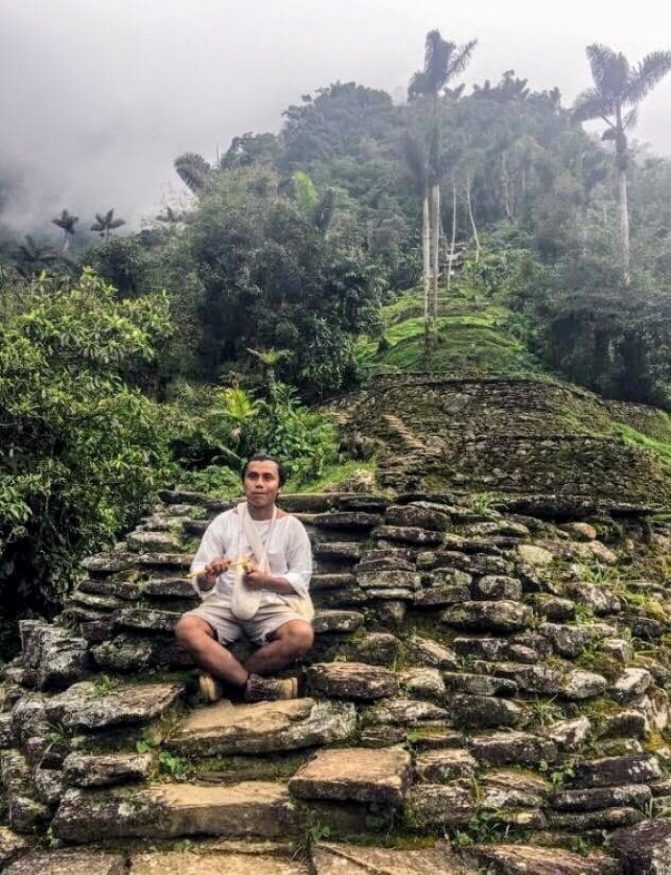 China is an increasingly popular destination to teach English abroad, and many TEFL teachers here find that they become fluent in Mandarin very quickly thanks to reciprocal language teaching that comes with their roles. This in itself can be a valuable skill to add to your resume when the time comes to move on to another role in future.

Home to some of the largest cities in the world, China is a nation with a lot of TEFL opportunities, ranging from school and university jobs to plenty of private tutoring roles. With an average salary of up to $3,000 a month, and potential benefits of free accommodation or travel reimbursement, you can see why China is a favoured choice.

From the hustle and bustle of the busy cities to the tranquillity of the mountains, this vast country has a range of lifestyles to suit anyone. Look for specific TEFL in China course opportunities online, along with paid internships, but it is possible to find work without formal qualifications. 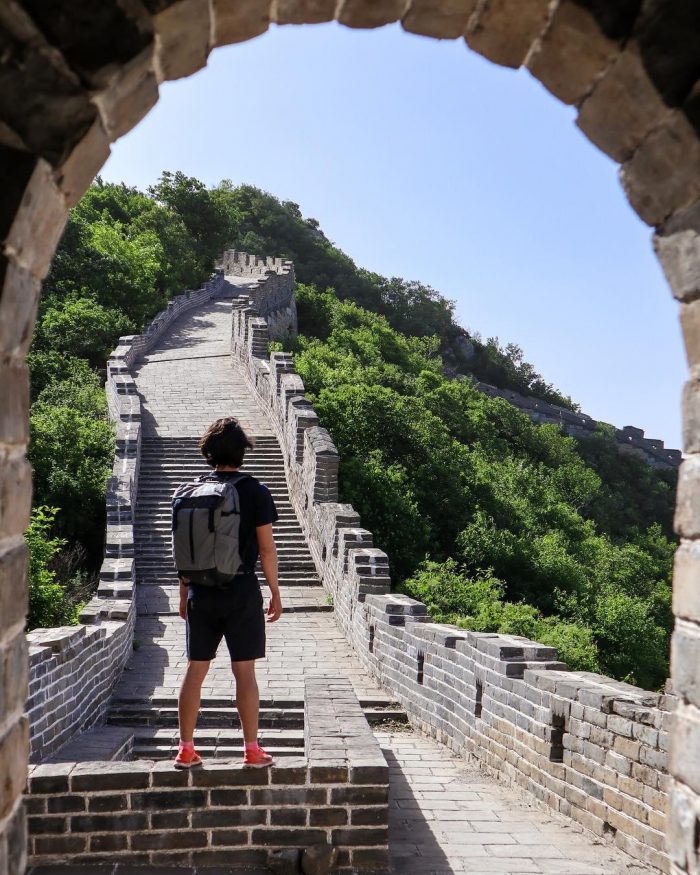 Salaries for teaching English in Japan are among some of the highest, though the cost of living is also above that of countries like Mexico and Vietnam. In addition to your pay, you’re very likely to receive benefits such as accommodation reimbursement and Japanese lesson during your time teaching in Japan.

You will likely need a BA degree and TEFL certification in order to secure a job – the best time to apply is between October and January. Teaching in Japan is competitive, but as the nation balances modern technology and traditional culture, you can see why. The government launched the Japan Exchange and Teaching (JET) programme way back in 1987 to invite university graduates to exchange places, allowing people from across the world to visit Japan’s rural areas as well as the bustling cities.

Whether it’s the food, the natural beauty or the high-tech living that appeals to you most, there are plenty of reasons to make Japan your next pick. 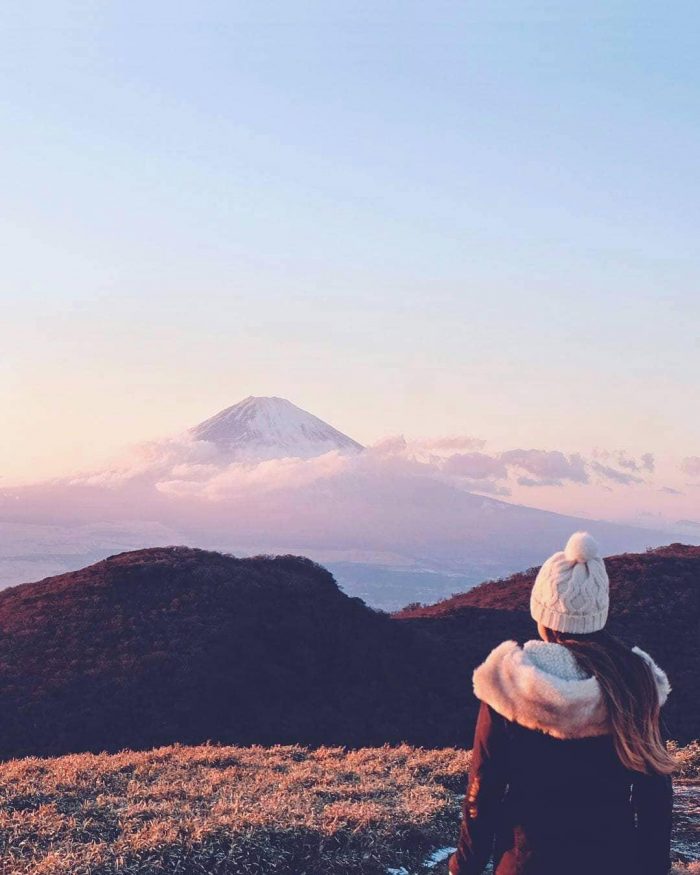 Spain is a really popular place to start your TEFL journey, often requiring less experience than other locations and still housing plenty of opportunities throughout the country. This sunny, southern European country offers a great work/life balance, and is known for laid-back living, with lunchtime siestas, long, late dinners and a friendly, community-based outlook.

Pay isn’t the highest, but is enough to get by, and working hours tend to be much less than other countries. You would have enough free time to get a second job if needed. Boasting sangria, beaches and easy connections to France and Portugal, Spain also has a range of cultural experiences to enjoy. Home to beloved cities such as Madrid, Barcelona and Valencia, as well as beautiful coastal spots, you’ll be spoilt for choice.

Working in South Korea can be a lucrative experience, and many international workers find they are able to save around half of their earnings each month –and if you aren’t fussed about saving, you can live to a lavish standard year-round. While living in the capital, Seoul, is relatively expensive, costs of living aren’t as high in South Korea as in places like Japan.

Housing would usually be your biggest expense, but benefits such as free accommodation and airfare reimbursement considered the norm for TEFL careers. It’s no wonder South Korea is an attractive place to teach! You won’t require a lot of experience in order to secure a job, and with opportunities available all year round and 25-30 hour working weeks, you will have enough time to explore your new home.

Teaching English abroad can be a truly rewarding experience, broadening your horizons to new ways of living as well as enabling you to help other people on their quest to become bi- or multi-lingual. Not only will TEFL enable you to travel the world, you’ll get to live like a local – submerging yourself in the country’s true culture. Hopefully, this selection of the best countries to teach English abroad goes some way to helping you decide on your next destination. 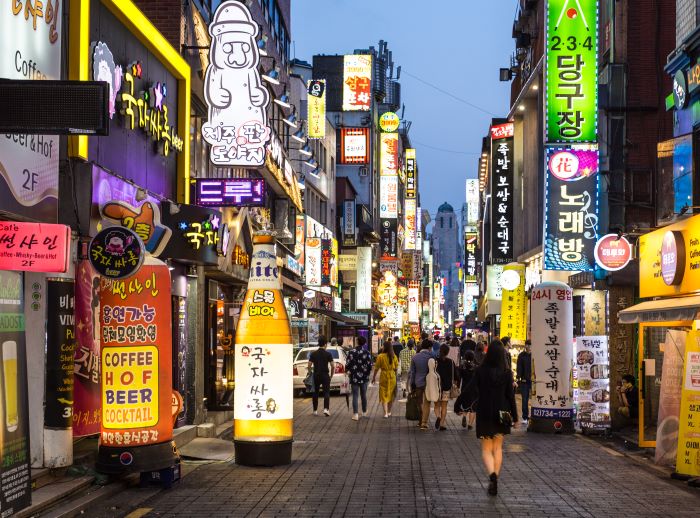 Tabby Farrar runs the travel and lifestyle blog JustCantSettle.com and has taught English in Vietnam, Thailand, Cambodia and Ghana, as well as working abroad in France. Her older brother spent four years teaching English in China, and she has also captured input for this article from friends currently teaching English in South Korea, Germany and Japan.