St. Patrick’s Day is one of the most celebrated annual festivals in the world. While the biggest celebrations happen in Dublin, there are plenty of other St. Patrick’s Day parties to check out around the globe. Here, we take a look at some of the destinations ‘going green’ this St. Paddy’s Day.

The dyeing of the Chicago River is one of the highlights of the St. Patrick’s Day celebrations in the Windy City. This year the river will go green on March 16th at around 9am. If you’re in the area and want to watch as it happens, some of the best viewing spots are the east side of the Michigan Avenue Bridge, the west side of the Columbus Drive Bridge and Upper and Lower Wacker Drive between Michigan Avenue and Columbus Drive. The parade itself will then start at noon leaving from Balbo and Columbus, and heading north up Columbus Drive towards the Buckingham Fountain. Plenty of other events are set to take place throughout the city to celebrate St. Patrick’s Day, from a fun run to theatre shows. 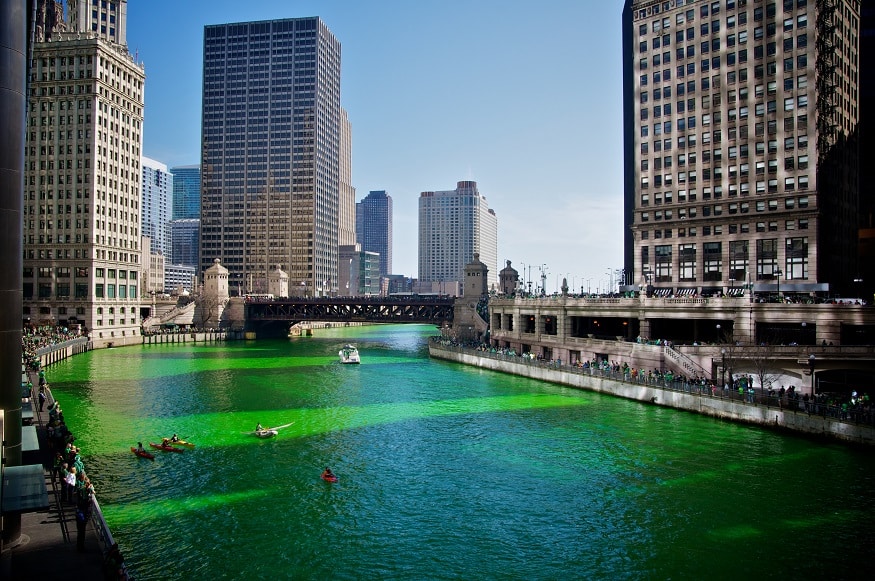 Check out hostels in Chicago

Visitors to Sydney will be able to enjoy the city’s annual St. Patrick’s Day Parade and Family Day. In the past the parade has started at noon, leaving from the Town Hall on George Street and heading along Park Street and Elizabeth Street before ending up at Hyde Park. This is actually said to be the second-biggest St Patrick’s Day parade, after NYC. This year’s parade will be held on Sunday 17th March in the historic precint of The Rocks, which will be transformed into an Irish village complete with live music, stalls and of course lots of booze! 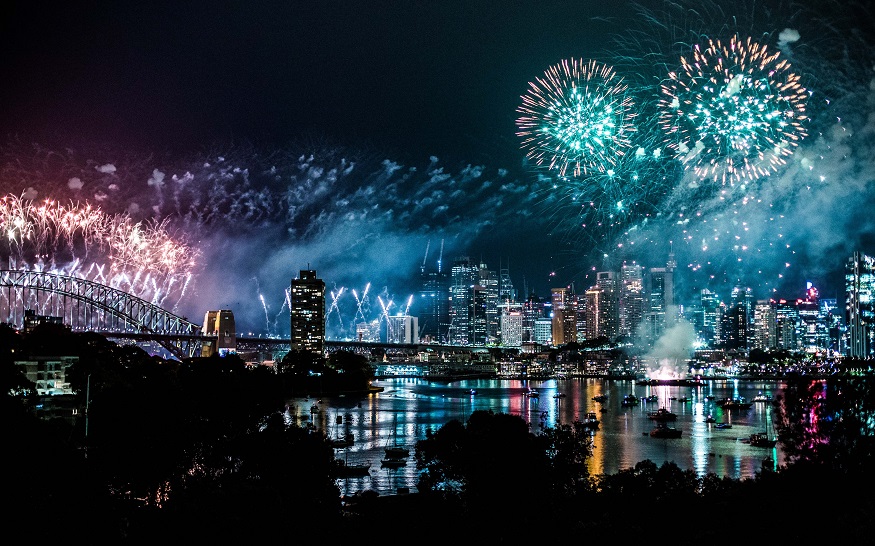 Check out hostels in Sydney

This year’s St. Patrick’s Day Parade in London will take place on Sunday, March 17th, and will feature colourful floats and marching bands aplenty. The parade will kick off at noon from Green Park in Piccadilly and continue towards Trafalgar Square where an all-day festival is taking place. At the Trafalgar Square Festival you’ll find free entertainment from noon to 6pm, including traditional Irish dancing and music. Leading up to the day itself there will be more events taking place throughout the city, including storytelling sessions, exhibitions and plenty of parties in some of London’s best Irish pubs. 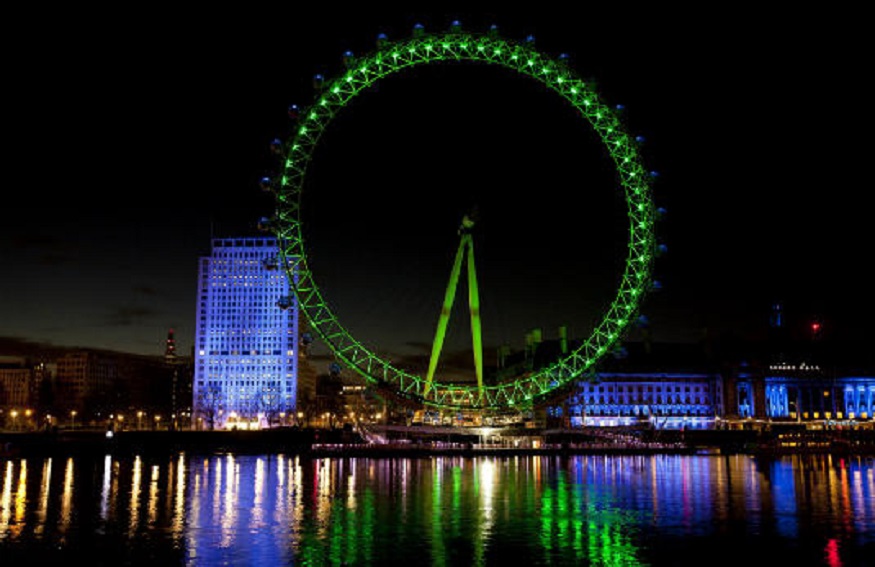 Check out hostels in London

If you’re visiting Brussels on St Patrick’s Day, you’re in for a treat. The city’s St Patrick’s Day Parade in previous years has been staged in the Schuman area of the EU Quarter in Brussels, which is known as the city’s Irish village. Even Brussels’ most famous statue, the Manneken Pis, often wears tartan for the occasion. Details of this year’s events will be announced soon. 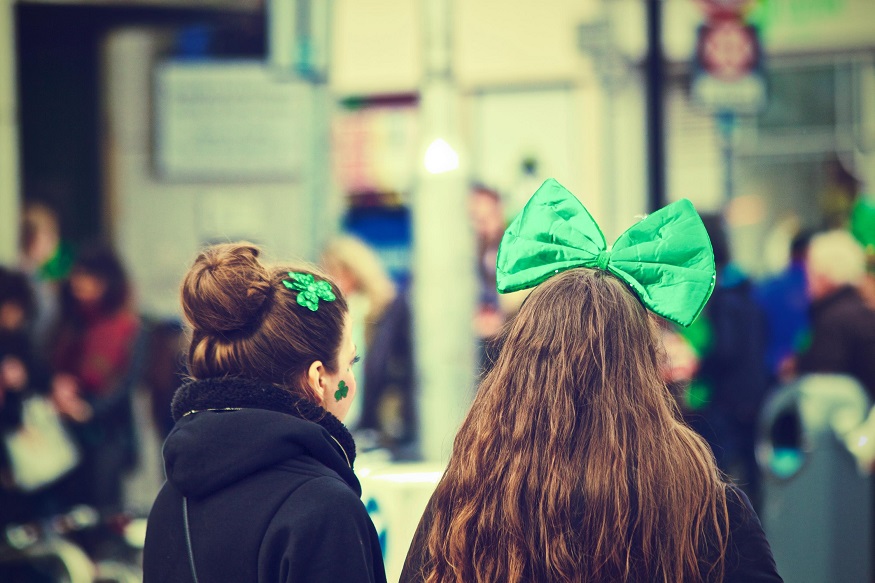 Check out hostels in Brussels

New York’s iconic Empire State Building is ‘going green’ for this year’s celebrations. The city’s annual St. Patrick’s Day Parade is the largest in the world and a staple of St. Patrick’s Day shenanigans in the USA (it’s shown on national TV to millions of viewers). Starting at 11am on March 16th and lasting for six hours, the parade will march down Fifth Avenue and will feature floats, dancers and bagpipers galore. Expect huge crowds and lots of green beer at the city’s many Irish bars. 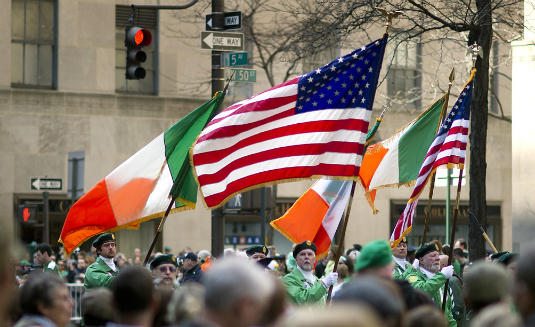 Check out hostels in New York

Considered to be the most Irish city in the US, Boston celebrates St. Patrick’s Day in style with its annual parade. The second-biggest St Patrick’s Day parade in the country, it’s held in the predominantly Irish-American neighbourhood of South Boston, better known as ‘Southie’. Each year, this parade attracts around a million spectators and is also broadcast live on TV to overseas troops. This year the parade is set to start at noon on Sunday March 17th and travel from the Broadway T Station to Andrew Square. The Dropkick Murphys will also be holding their annual gig at the House of Blues, a lively event for anyone looking to party after the parade. 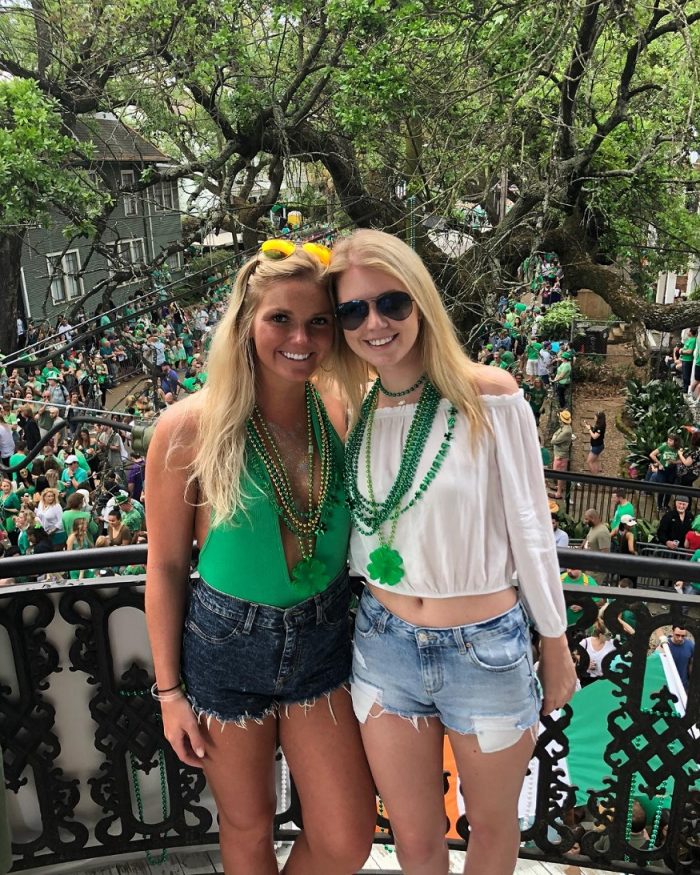 Check out hostels in Boston

New Zealand’s tallest building, the Sky Tower at SKYCITY Auckland, will go green as part of this year’s St. Patrick’s Day celebrations. Leading up to the big day you’ll find plenty of things happening around the city. You can check out the parade which will start at 11am on the day itself and head along Queen and Albert Streets. It’ll be followed by a Fleadh (venue to be confirmed) on Aotea Square, where you’ll be able to enjoy traditional Irish music and dancing. The Auckland Irish Society Carnival usually takes place on the same day at Fowlds Park, Sandringham and features food stalls, Gaelic football and more. Of course Auckland’s numerous Irish pubs will be hosting lively parties celebrating all things Irish. 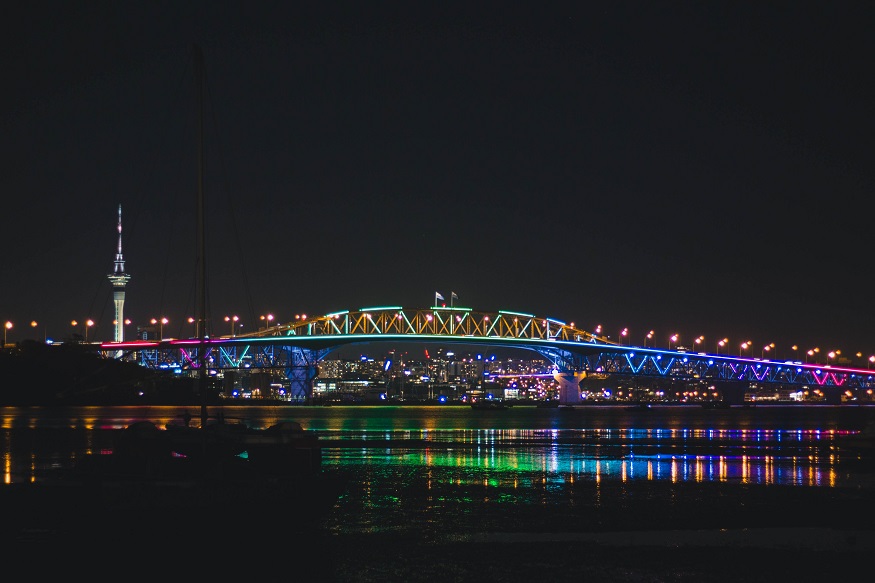 Check out hostels in Auckland

Tokyo’s ‘I Love Ireland’ festival takes place over two days, this year on the 16th and 17th of March. On the Sunday, the parade typically heads along Omotesando Street near Harajuku Station. Expect colourful costumes, marching bands and colourful floats. 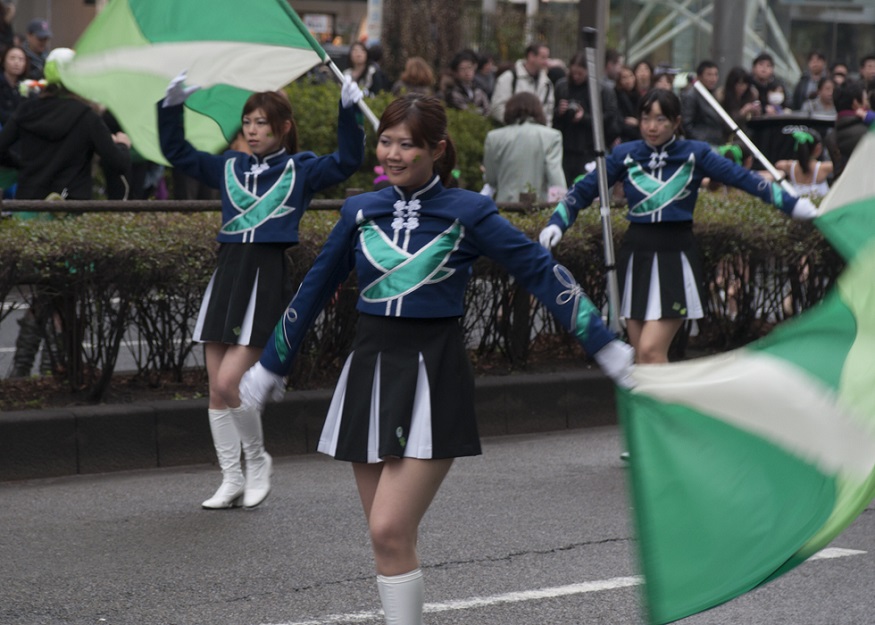 Check out hostels in Tokyo

Another famous global landmark going green for St. Patrick’s Day this year is Table Mountain. One of the top attractions in Cape Town, Table Mountain provides a stunning backdrop to this intriguing city. Other things to do in Cape Town include a visit to Robben Island, a day at the beach at Camps Bay, a wander around the V&A Waterfront and lots more. 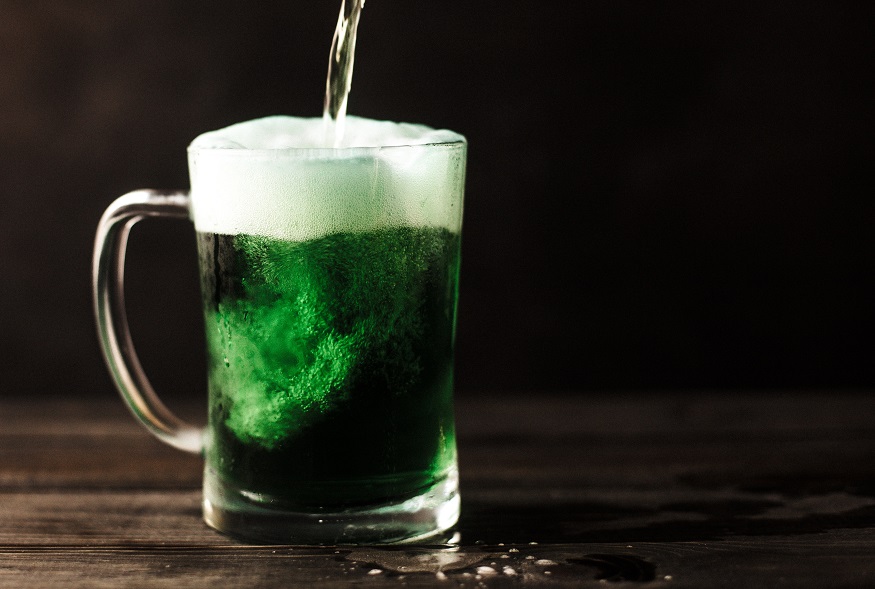 Check out hostels in Cape Town

Starting at noon on March 10th, Toronto’s annual parade will travel along Bloor Street, down Yonge Street and along Queen Street where it will finish at Nathan Phillips Square. Traditionally, leading figures of the local Irish community are selected to be Grand Marshall and this year will see union leader Mike Gallagher lead the parade. A colourful mix of floats and performers are set to take part in the event, from marching bands to Irish athletics organisations. 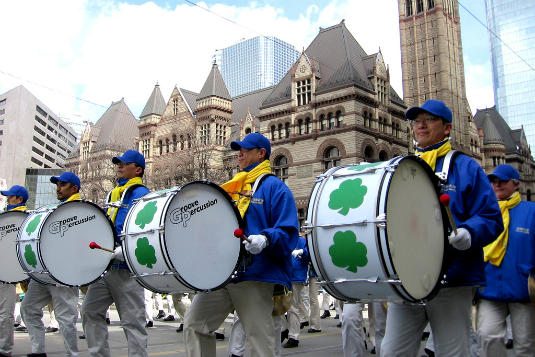 Check out hostels in Toronto

Munich’s St Patrick’s Day parade celebrations will take place all weekend over the 16th-17th of March. The huge number of floats and performers will take the route from Münchner Freiheit to Odeonsplatz along Leopoldstrasse and Ludwigstrasse. Following the arrival of the parade in Odeonsplatz, revellers enjoy an after-parade party featuring Irish music and dance acts, as well as see the iconic Allianz Arena lit up emerald green. 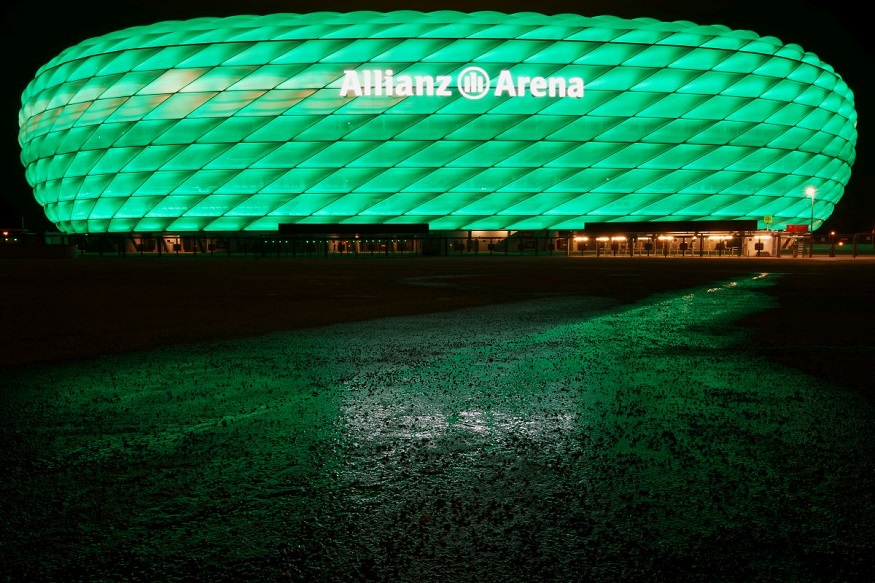 Check out hostels in Munich

South America’s largest St. Patrick’s Day celebrations take place in Buenos Aires, a city with the 5th largest Irish community in the world. While a parade isn’t part of the celebrations, if you’re in Buenos Aires on the big day you’ll find a 10-block area of the Retiro district turned into a giant street party featuring music, dancing and lots of craic. 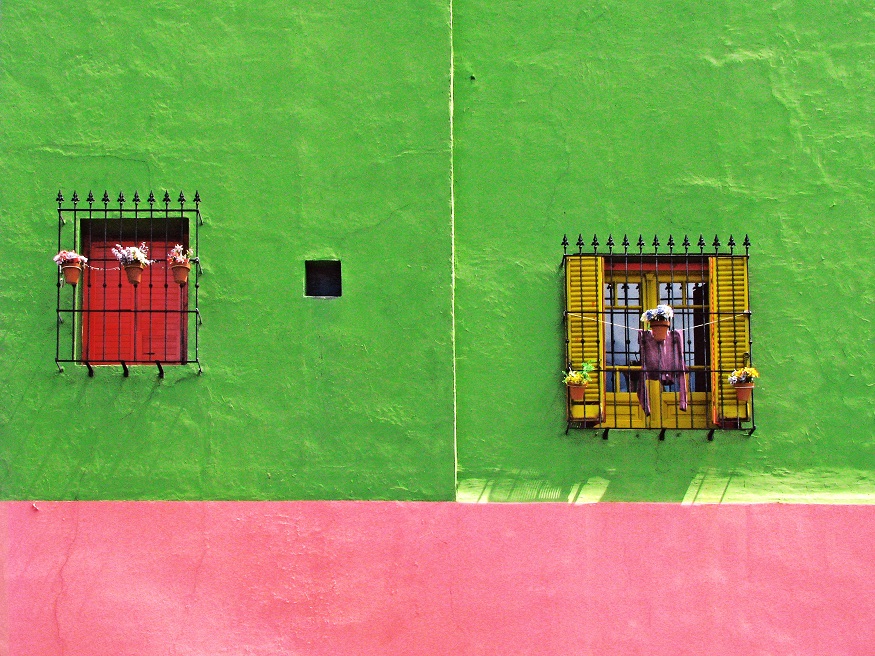 Check out hostels in Buenos Aires