Brussels may be hosting a load of Brexit negotiations right now and as thrilling as that sounds, this European capital has way more exciting stuff going on. With more to it than just the beer, here’s our suggestions of incredible things to do in Brussels; think quaint little streets, bustling markets and, of course, glorious, golden WAFFLES.

The best things to do in Brussels 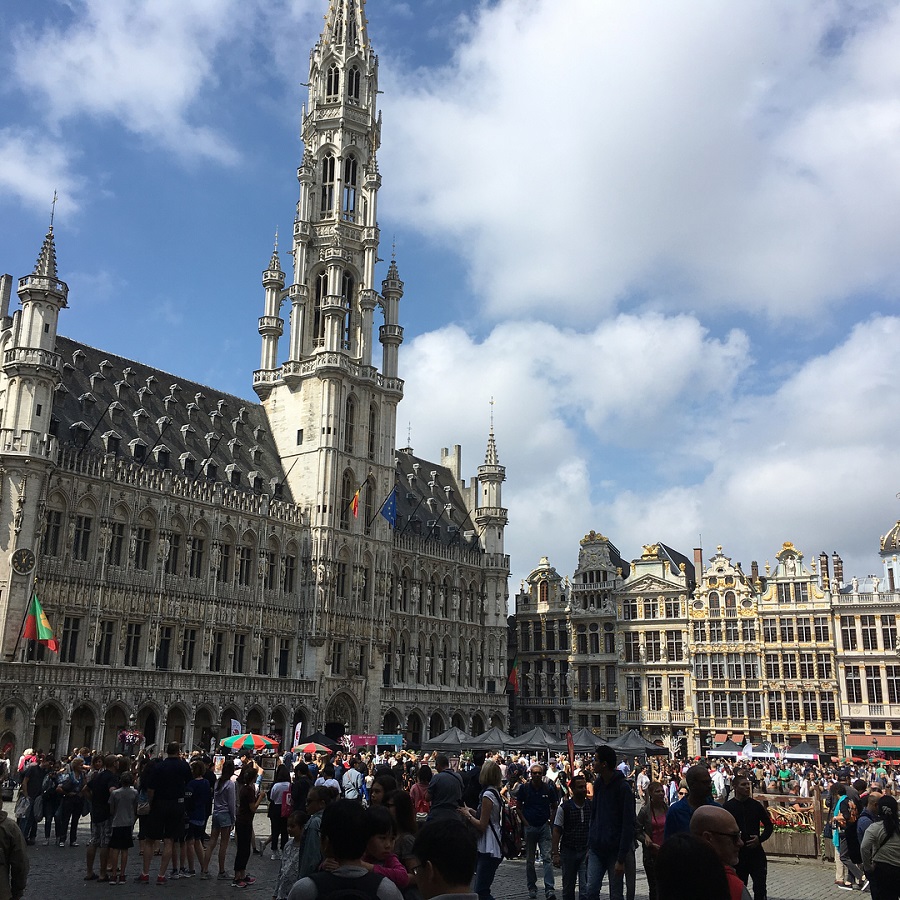 The Belgian equivalent of Trafalgar Square in London or Times Square in New York, it’s where most of the action takes place. Nestled in the heart of the city, it is surrounded by tall, lavish and… well… grand buildings. You can’t say it doesn’t live up to its name! Take time to find a quiet spot and gawk at the dramatic turrets of the Town Hall, the King’s House and the Houses of the Grand Place.

If you hit the square at the right time, you could be in for a real treat! Once every two years in August, the square bursts into bloom with an enormous flower carpet, composed of over a million begonias. If you fancy yourself a historian, a historical re-enactment, called Ommengang, invades the square at the beginning of July. During the Christmas season the square is illuminated with a festive light show and a live nativity scene that you can enjoy whilst munching on one of those delicious waffles.

If you’re in the square, you might as well tick off another main things to see in Brussels which is just around the corner. Mannekin Pis is a small, bronze statue of a little boy having a wee, with the water spouting from… well you can probably guess. Not far from this statue is his female counterpart, Jeanneke Pis. Like her brother, she is also visiting the lavatory. Depending on when you go, the statue might be sporting a funny little outfit… Now, that’s taking toilet humour to a new level!

This dish is the culinary heart of Brussels. With so many restaurants serving it, you will be spoilt for choice, but it’s best to avoid the Grand Place to make it more affordable. Be warned, it’s a very hands-on affair, so it’s wise to leave your best shirt at home. Expect to be presented with what can only be described as a ‘bucket’ of mussels and let the de-shelling commence!

What to do in Brussels after visiting its main attractions? Grab something to eat! Mussels might not be for everyone, but there are plenty of street vendors that sell cheap, tasty grub. Although Belgian street food won’t count towards your five a day, as it’s been said that a Belgian’s staple diet consists of frites (chips), waffles, chocolate and beer. We’ll get onto the beer part soon, but why not live the Belgian life by picking up a hefty bag of chips, smothered in a condiment of your choosing. This is not a graceful venture; your face will inevitably be covered in mayo/ ketchup/ mustard/ all of the above, but it’s fine because you can pick up a bag of frites for under 3 euros.

Polish them off with a waffle which are sold everywhere you look. First, you must choose your weapon; the Brussels Waffle (light and airy) or the Lieges Waffle (more of a dense pudding). Then you must choose your topping, for which the possibilities are endless. However, if you’re wanting a waffle on the cheaper side, drizzled chocolate, cream or Nutella are just as delicious as any of the more extravagant toppings. 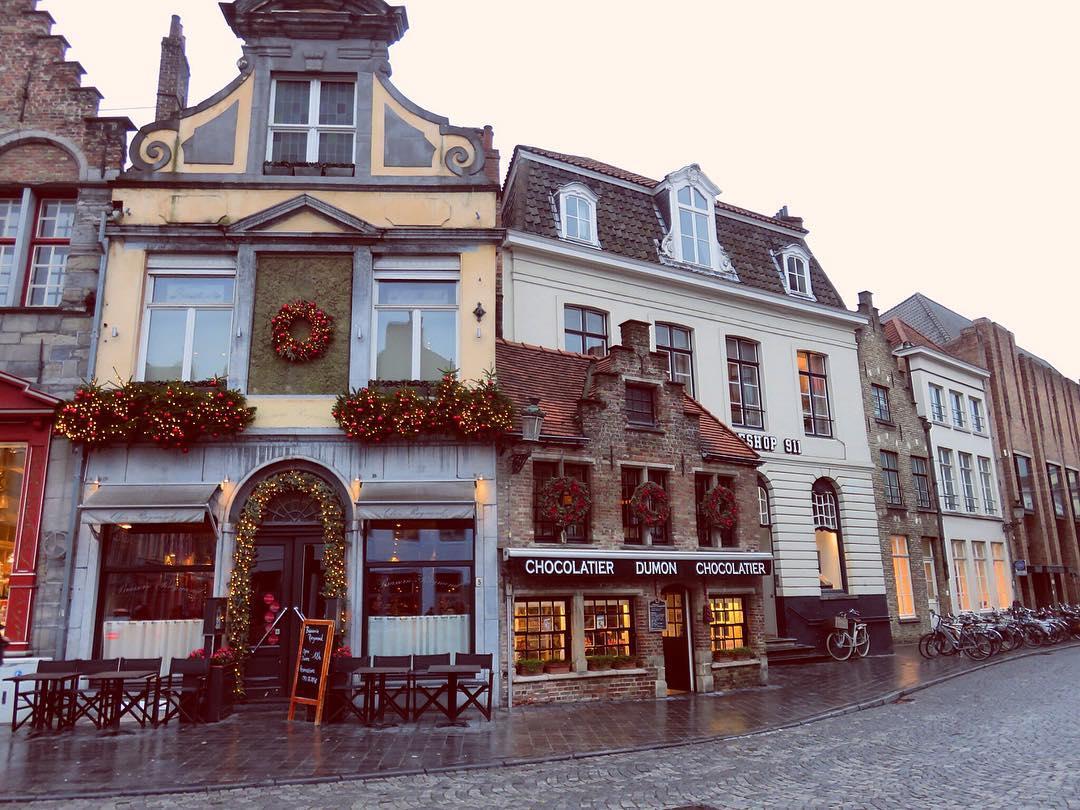 Chocolate doesn’t just belong on a waffle in Belgium; it’s a religion in its own right. Famous brands such as Godiva and Guylian have their own flagship shops, in which you can peruse and dribble at your own leisure. If you’re a true chocoholic, try out a chocolate making class; most chocolate shops have them if you book early. Zaabar boasts an excellent course which is given in both English and French and teaches you the art of tempering, praline and truffles. To take part it costs 25 euros, but you can take everything home everything that you make!

Seeing as we are on the topic of chocolate and all things sweet, Brussels’ Speculoo game is off the charts. If you have no idea what Speculoos are, I’m talking about those Lotus biscuits you find on the side of a coffee that are, quite frankly, heaven. Imagine that on a waffle. And if that’s blowing your mind, imagine it in a milkshake. You heard. Satisfying sweet tooth’s is Maison Dandoy, a tea room that sells said milkshake and said waffle, including freshly baked Speculoos. It’s often said, ‘If you’re feeling blue, have a speculoo!’ Actually, I invented that, but feel free to use it. 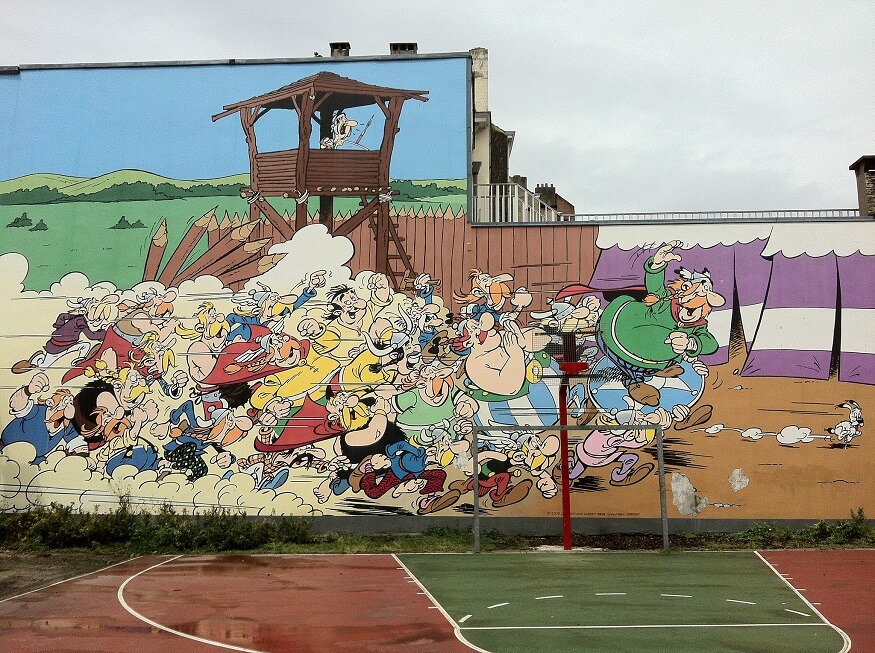 It’s not just Speculoos that have a cult following in Brussels, it is also home to comic book giants like Tintin, The Smurfs and Asterix. The Comics Art Museum is the place to go if you want to geek out. It has some fantastic permanent exhibitions like The Invention of Comic Strip and The Peyo Exhibition, which comes with a 3D Smurf village. The admission fee for one adult is 10 euros and is easily accessible from Grand Place.

If you don’t want to shell out for this, there is a free option to enjoy the comic book culture with the Comic Book Route. You will find whole walls painted over with comic book characters and there are about 30 in total. Simply pick up a free map from a tourist centre and set off walking or cycling to discover all the comic book walls. What’s more, you will discover corners of the city you might not have seen.

If you fancy getting out of the city, there are plenty of parks to find your inner Zen. Bois de la Cambre is a 30-minute train ride from central Brussels and sits on the edge of the Sonian Forest. Bustling with tall trees, the park has a roller-skating rink, an island and a lake. Take a ferry for one euro to reach the Chalet Robinson restaurant where you can tuck into some mussels and chips whilst looking across the park.

There are some fantastic day trips if you want to escape the city, that don’t cost an arm and a leg to get to. Ghent is a 30-minute train away from Brussels, costs approximately 10 euros to get to and offers a tourist-free haven. Like Brussels, it has enough dramatic architecture to keep you walking into lampposts. St Bavo’s Cathedral and Saint Nicholas’ Church are architecturally staggering and the Gravensteen is a must-see castle enclosed by a moat, with a panoramic view of the city. Ghent’s pretty canal runs through the city, with frequent boat rides cruising through. These last about 40 minutes and cost around 8 euros for an adult.

Antwerp is a 50-minute train ride away and is perfect if you fancy yourself an ultra-urban trendsetter. If it’s pop culture you’re after, check out what gigs are happening that night- there’s sure to be something groovy going on.

Like any European city, Brussels does its markets well. Grote Market sells the very best flowers and plants and is located in Grand Place. Meanwhile, around the corner from the main train station, Marche du Midi sells all the food your heart could desire. After something more rustic? Place du Jeu de Balle is the emerald city of bargains. Even live animals are part of the action with hens, rabbits and turtles on offer. I don’t have to be the one to tell you that during the Christmas season, these markets would make even the biggest Scrooge crack a grin.

I said I’d get back to the issue of beer, so here we are. If you think you know anything about beer, think again. We’re talking about beer as part of a staple diet, an essential food group! Delirium Café has over 2000 beers on offer from all around the world. Forget your edgy craft beer bars in East London, this is the real deal.

For something truly unique, you should hit up Le Cercueil, a bar that revels in all things dark and macabre. Coffins are the substitutes for tables and if you lift the lid, who know what you may discover. Just don’t be surprised if you see an eyeball bobbing in your raspberry mojito!

For your own taste of the Belgian diet, check out these amazing Brussels hostels!