With so many European cities calling out for you to visit them this summer, the question is which ones should you choose and how will you get around. Our solution? Interrailing. It’s a great way to see some of Europe’s great cities on a budget, why not download our mobile-app to make your visit to Europe easier.Here, we take a look at one possible interrailing route, taking in cities like Paris, Berlin, Athens and more.

Don’t forget, if you are planning a European adventure, we’ve got a great selection of hostels throughout Europe and some great tips on free things to do in Europe. Here is a list of some of the best best interrailing destinations: 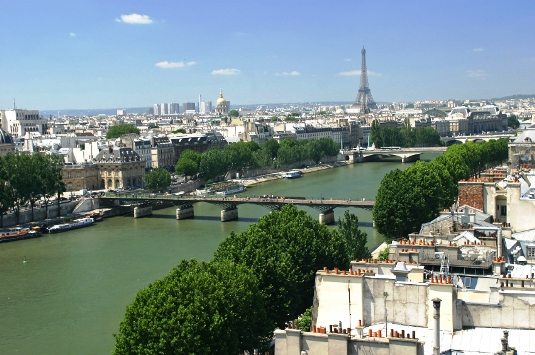 We love Paris, which is definitely one of Europe’s truly great cities. Filled with instantly recognisable landmarks including the Eiffel Tower and the Arc de Triomphe, the French capital combines cultural attractions with first-rate shopping. It also boasts a plethora of bars and restaurants, so you’ll have no problem finding something fun to do during your stay. While it might be touristy, we definitely recommend a visit the Lourve where you can say hello to the ‘Mona Lisa’, arguably the world’s most famous painting. Once you’ve seen the sights, do as the Parisians do and lounge outside a café enjoying coffee and pastries, while you watch the world go by. 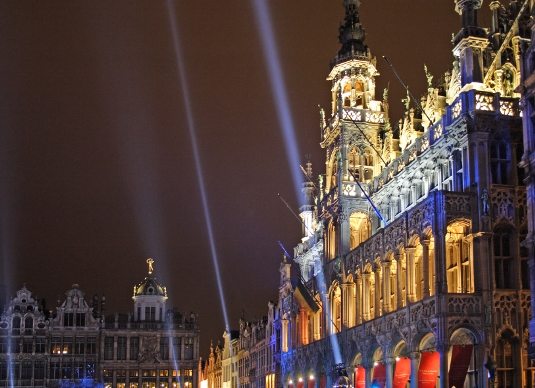 When you think of many European cities there’s often one thing that instantly pops into your head, like when you think of Venice your mind is flooded with images of canals. With Brussels, it’s different. One thing doesn’t normally come to mind because there are so many things you can relate to this cool Belgian city. It’s the home of the European Union, there’s Art Nouveau architecture to admire on every second street corner, the city is filled with fantastic cartoon murals, and more. Make sure you give yourself enough time to enjoy all of these attractions, while also having time to sample the delicious Belgian chocolate and the beer.

The German capital is filled with attractions for you to check out during the day and then, once the sun goes down, you can hit the bars. Berlin is renowned for its nightlife, with a huge array of clubs and bars where you can party until the wee hours of the morning. While it was synonymous with a divided Germany for many years in the past, Berlin now symbolises the unification of the country. The German Parliament sits in Berlin at the Reichstag, a stunning building just moments away from the iconic Brandenburg Gate. 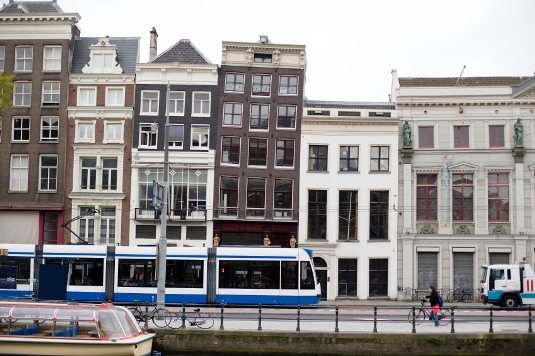 A favourite with backpackers from around the world, Amsterdam is built on a cobweb of canals which is why it’s known as the ‘Venice of the North’. There’s so much more to this city than the Red Light District and coffeeshops, so make sure you get out and explore all that the Dutch capital has to offer. This includes a selection of world-class museums including the Rijksmuseum, gorgeous parks like Vondelpark and much, much more. 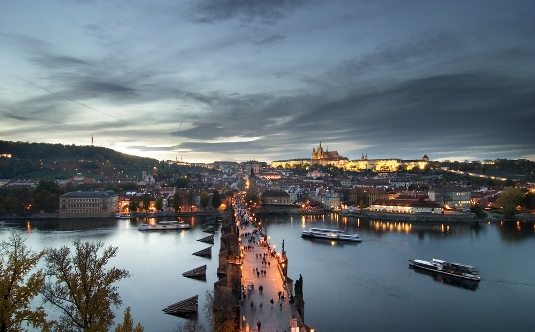 Home to one of Europe’s loveliest old towns, Prague should earn a spot on your itinerary thanks to its cool attractions, affordable restaurants, and cheap and tasty beer. Wander around Stare Mesto (Old Town) and you’ll see the impressive Old Town Hall with its highly photogenic Astronomical Clock. After that, why not go for a stroll across Charles Bridge, which dates back to the 14th century and is lined with statues. A popular spot with buskers, you’ll find lots of free entertainment along the bridge, as well as some of the most incredible views of Prague Castle, so keep your camera at the ready. 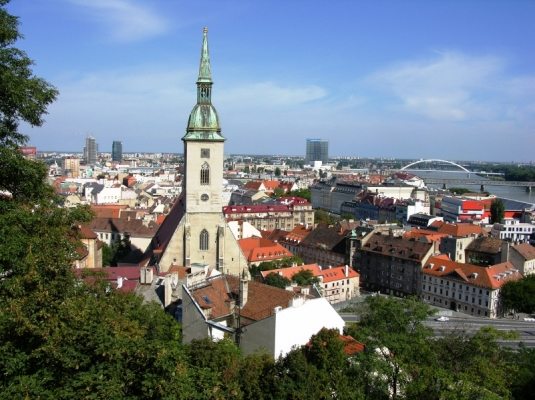 Becoming more and more popular with travellers from around the world, Bratislava is a small city with a big personality. Welcoming locals, lively nightlife and interesting attractions all come together to make this one of Eastern Europe’s coolest cities. You’ll find so many places to explore in the Slovakian capital, from the historic centre of the city to Sad Janka Kral’a Park. On top of that, you’ll be able to enjoy a host of local specialities including ‘bryndzové pirohy’ (a type of dumpling), before heading out for a wild night out at the city’s bars and clubs. 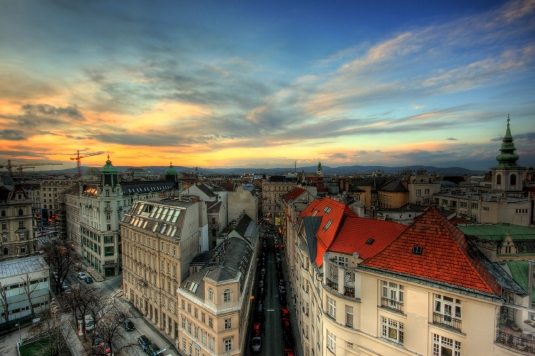 Not only home to some of Europe’s most statuesque architecture, Vienna is also filled with plenty of modern twists, including a plethora of chic bars and restaurants. The Austrian capital has a long and passionate relationship with classical music, and if you’re interested in checking out a performance, queue up around two hours early at the Staatsoper and try to get your hands on incredibly cheap standing tickets.

At one time, Zagreb was seen as just a brief stopping point along the way to other Croatian destinations like Dubrovnik. These days, travellers are beginning to see that this cool city is definitely worth more than just a flying visit. Have a seat in Trg bana Jela?i?a, Zagreb’s main square, and watch people go about their lives in the Croatian capital. Along with a great selection of cultural attractions, Zagreb also boasts plenty of fantastic cafés, restaurants, bars and clubs.

See all hostels in Croatia 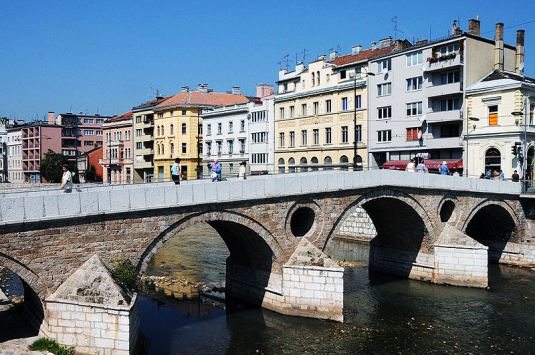 A city with a very turbulent past, today Sarajevo is one of the real jewels of Europe. There is so much to see and do, from an illuminating visit to some of the city’s mosques and cathedrals to a stroll through the Baš?aršija bazaar, where you can pick up all kinds of souvenirs, see what the artists are selling and more. On top of that, this welcoming city boasts a fantastic array of restaurants and bars for you to enjoy.

See all hostels in Bosnia and Herzegovina 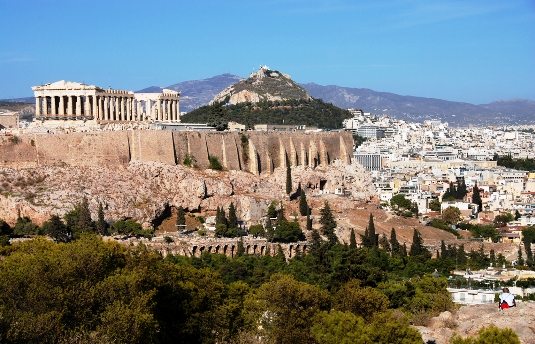 Though it has had its share of bad press in recent times, we think Athens is definitely woth visiting thanks to its collection of Ancient Greek ruins, fabulously chic neighbourhoods like Kolokaki and delicious local specialities like gyros and souvlaki. Built on eight hills and surrounded by mountains, Athens is a unique city with an incredible history. Whether you prefer checking out attractions or chilling out in cool cafés, Athens has something for you. 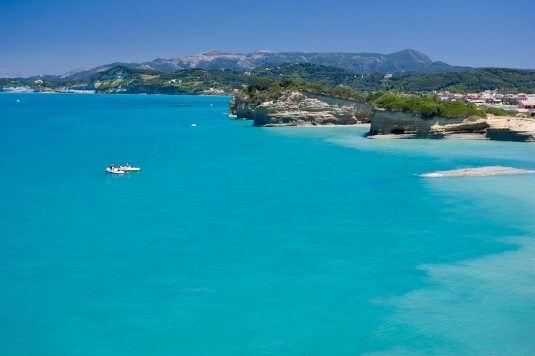 After city hopping throughout Europe, you might be in need of a beach break where you can just sit back and relax. What better place to do so than the gorgeous Greek Island of Ios. You can spend your days sunbathing on the golden sands of the island’s numerous beaches and when you’ve gotten your energy back, you’ll find plenty of places to party the night away, with most of the action taking place in Hora.

From the bright lights of Paris to the idyllic beaches of Ios, there are so many European cities for you to explore this summer. If you are looking for something a bit more off the beaten track, check out our alternative interrailing guide for the best of the smaller European cities. We also have some handy interrail tips to help make your trip smooth as possible.

When you’re planning your adventure in Europe, make sure to check out our great selection of European hostels.