Want to live the nomadic lifestyle? Wondering where to find the best places for digital nomads in Southeast Asia? This piece is for you.
I’m writing this article at 10,968 meters above sea level, somewhere over Turkey. I’ve worked in some amazing places as a freelance writer during my time in Southeast Asia: from co-working spaces in Cambodia, to a foodie paradise in Malaysia and a beachside hammock in Thailand.
A couple of years ago this would’ve seemed like an unachievable dream to me. I studied chemistry at university, but decided to undergo a complete career change in order to pursue dreams of seeing the world. It wasn’t easy, but being a freelance travel writer has given me the freedom to do what I love full time.
Working freelance can be a lonely experience, even more so if you’re doing it from a strange country miles away from home. By working in a public space such as a café, hostel or co-working space I found I was able to stay on task and make friends at the same time. Here are some of my favourite spots I’ve worked from in Southeast Asia. 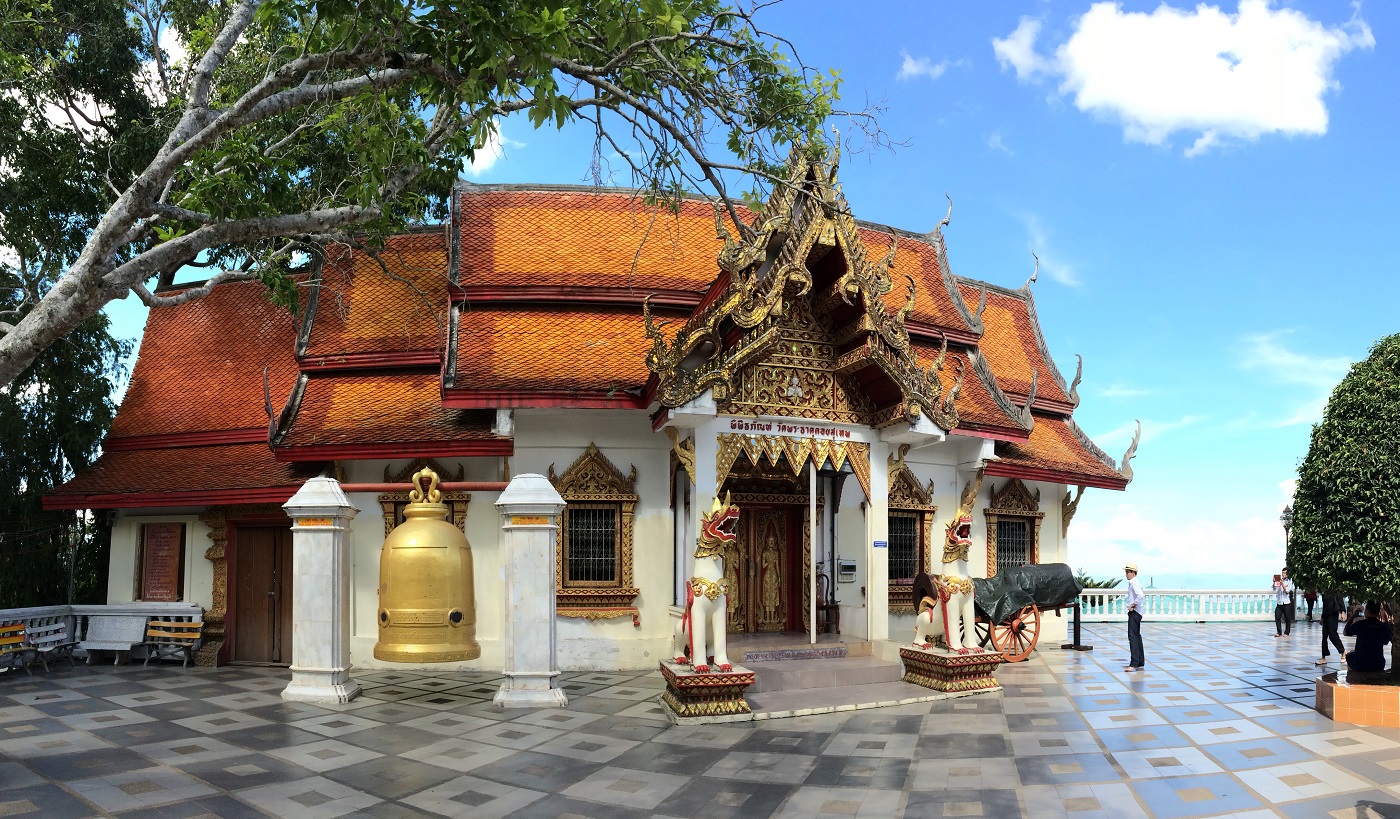 Chiang Mai in Northern Thailand is one of the best places for digital nomads, not just in Southeast Asia, but across the whole world. Nestled between mountains and not far from the border with Myanmar, this is not exactly your typical Asian city. Instead of chaos, pollution and insane traffic, you will find a more relaxed vibe and a host of cool places to work from. One of the biggest draws of Chiang Mai is the wide range of amazing Western and Thai food that can be found at markets, food carts and restaurants for only a few dollars: the perfect fuel for a hardworking digital nomad.
Considering its small population of less than 400,000, it’s incredible to think that there are over ten co-working spaces to choose from, not to mention innumerable cafes with fast Wi-Fi. It pays to mix it up and try out as many places as possible – each will have a unique vibe and a different crowd for you to meet.
View hostels in Chiang Mai 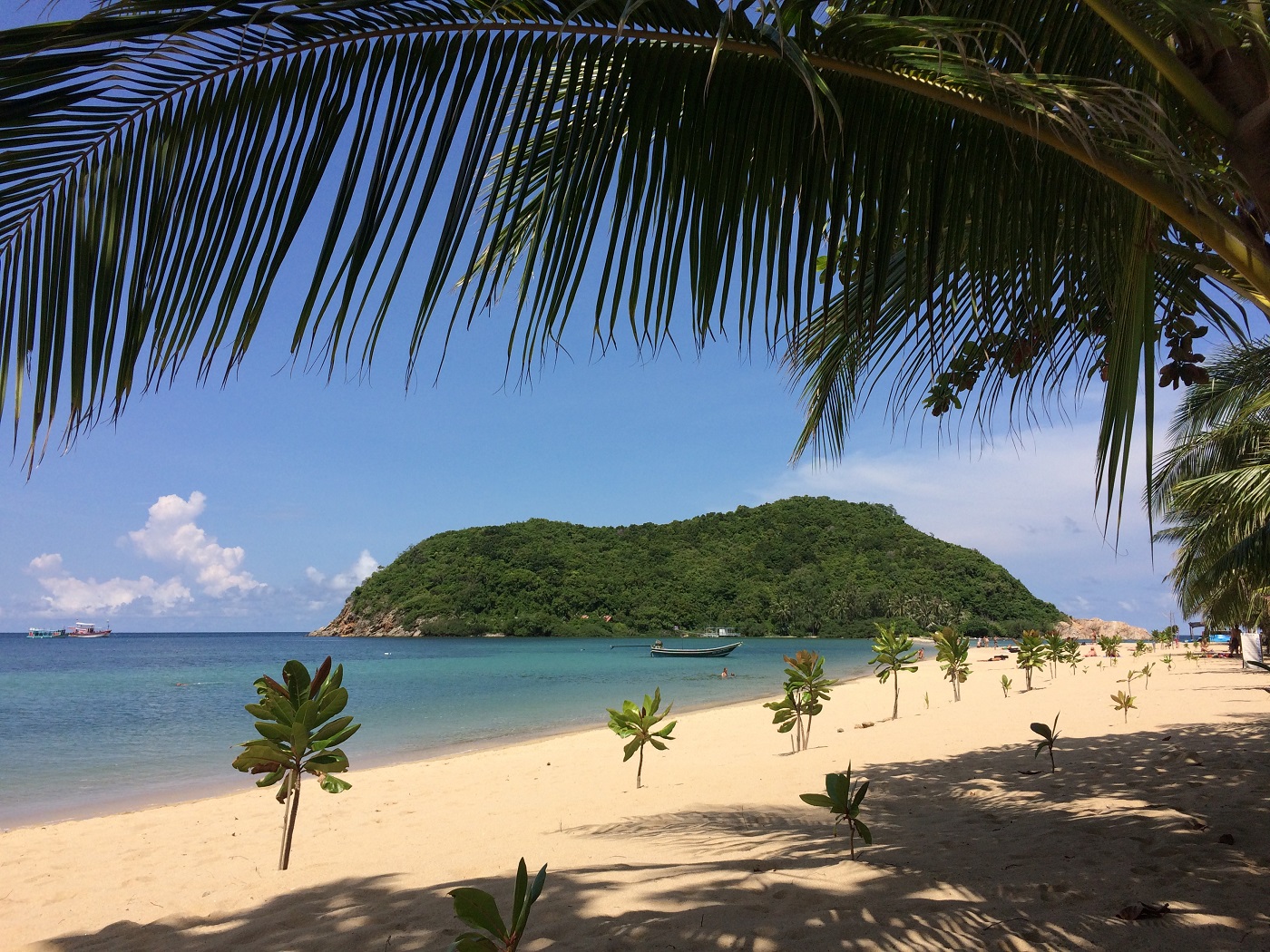 Chiang Mai offers everything a digital nomad could wish for, except for one thing: there’s no beach. You’d be crazy not to use the beach as your office for at least some of your time in Thailand – a country famous for its white sandy beaches and turquoise waters – which is why I spent nearly four months working from Koh Phangan in the Gulf of Thailand.
The island is best known for its outlandish full moon parties but if you look past the buckets of cheap cocktails and neon paint, you will find a beautiful island with a laid-back hippie vibe that is fast becoming a magnet for digital nomads. The island is quickly learning to cater to its freelancer community, with a growing number of hostels and cafes offering fast Wi-Fi, plus two co-working spaces. But if what you need is a bit of inspiration, then what could be better than a hammock on the beach?
View hostels in Koh Phangan 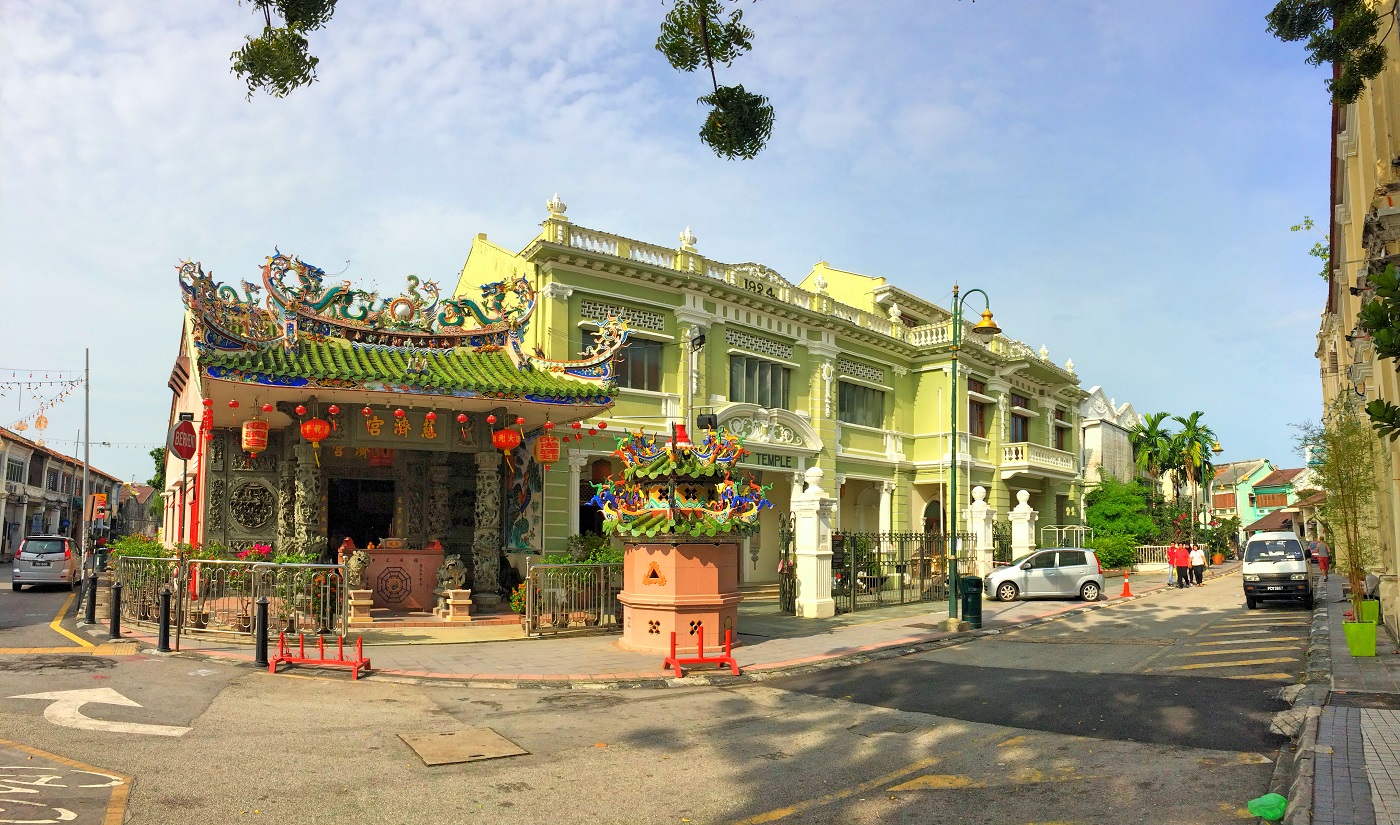 This is one of the best places digital nomads who also have a deep love of good food. Located just south of the Thai-Malaysian border, Penang Island is a former British colony and multicultural hub. George Town, its charming capital, is packed with history and crumbling colonial architecture.
But the biggest draw of Penang is its culinary diversity. Foodies will be as happy as the clams in their Assam Laksa, a spicy fish based noodle soup popular with locals. The range of incredible food is mind blowing: Indian, Malay, Chinese and Thai cuisines have influenced Penang’s food culture. Quirky cafes are dotted around town offering free wifi and freshly brewed coffee to boost productivity.
View hostels in Penang 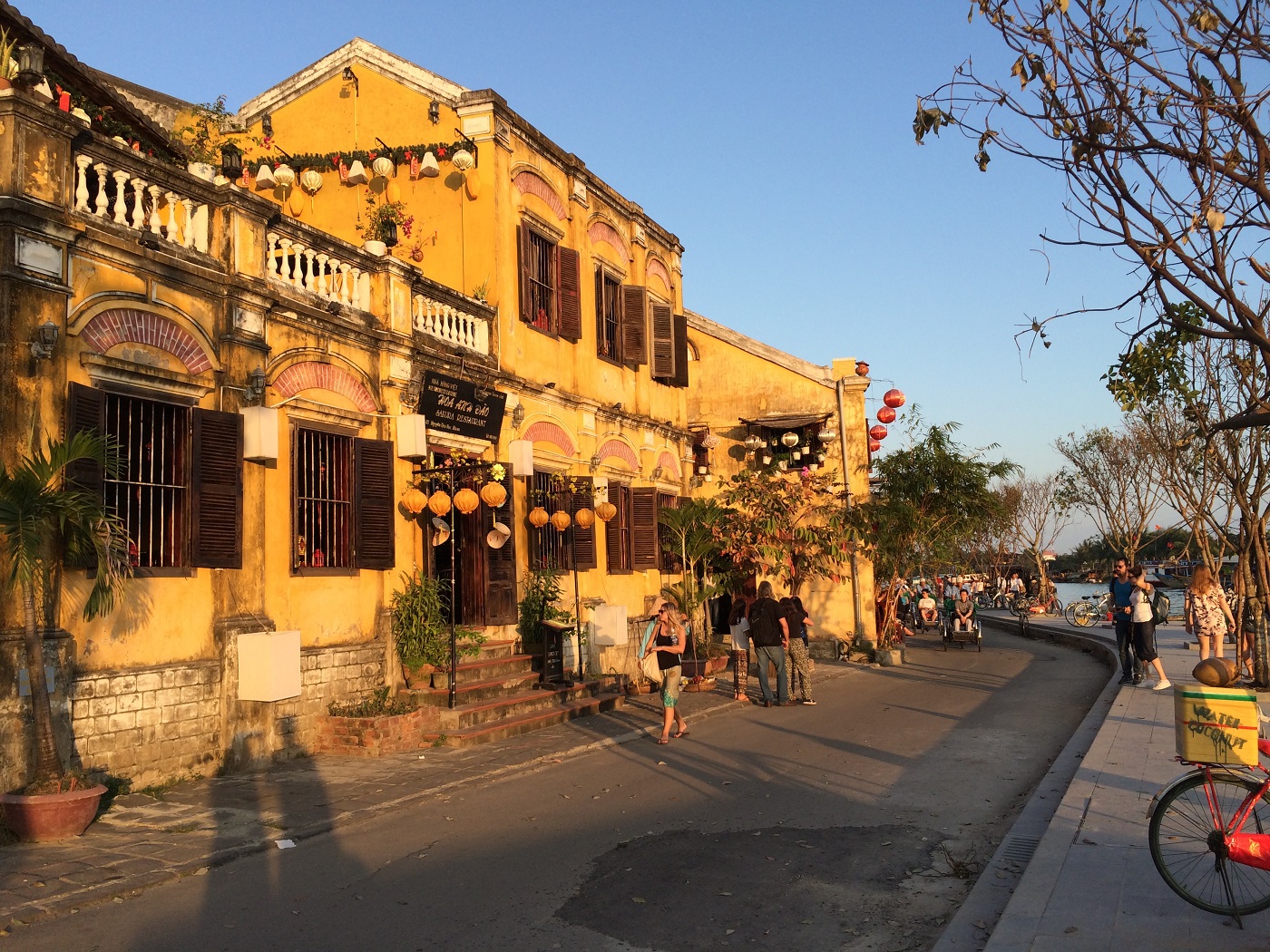 Hoi An, in central Vietnam, is the archetypal traditional Asian town. This old trading port has been largely spared from big development and retains much of its charm, so it’s perfect for digital nomads looking to slow down and recharge.
The old town is protected as a UNESCO World Heritage site, and a stroll along the cobbled alleyways transports you back in time. While there is currently no co-working space in Hoi An, there is a good selection of cafes and restaurants with Wi-Fi and generally the internet speed in hostels is more than sufficient to work. Try visiting in February when lanterns line the streets during Tet (Vietnamese New Year) for an awe-inspiring, captivating setting from which to work.
View hostels in Hoi An 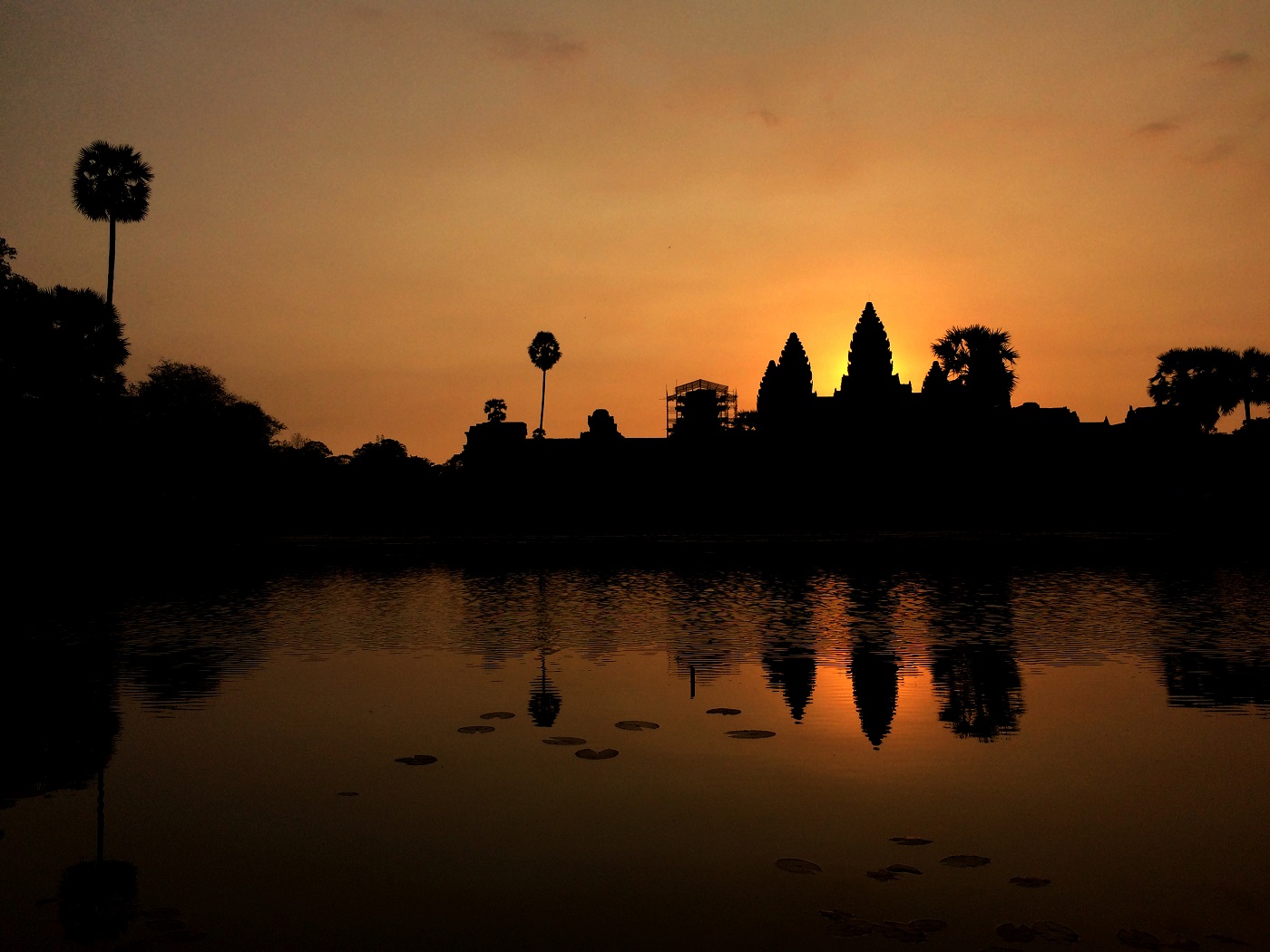 The Cambodian town, best known for the nearby Temples of Angkor Wat, is something of a trendy new destination for digital nomads. Packed with interesting cafes and bakeries, you’ll be able to get down to work while enjoying a delicious Khmer meal. The first co-working space, aptly named AngkorHub, opened its doors last year. The idea behind AngkorHub is to create a social enterprise that empowers local start-ups and entrepreneurs; so this is the perfect place to work alongside like-minded people and meet local creatives.
View hostels in Siem Reap
These are my favourite places I have worked from as a freelance writer in Southeast Asia. Did I miss any hidden gems? Leave a comment below. 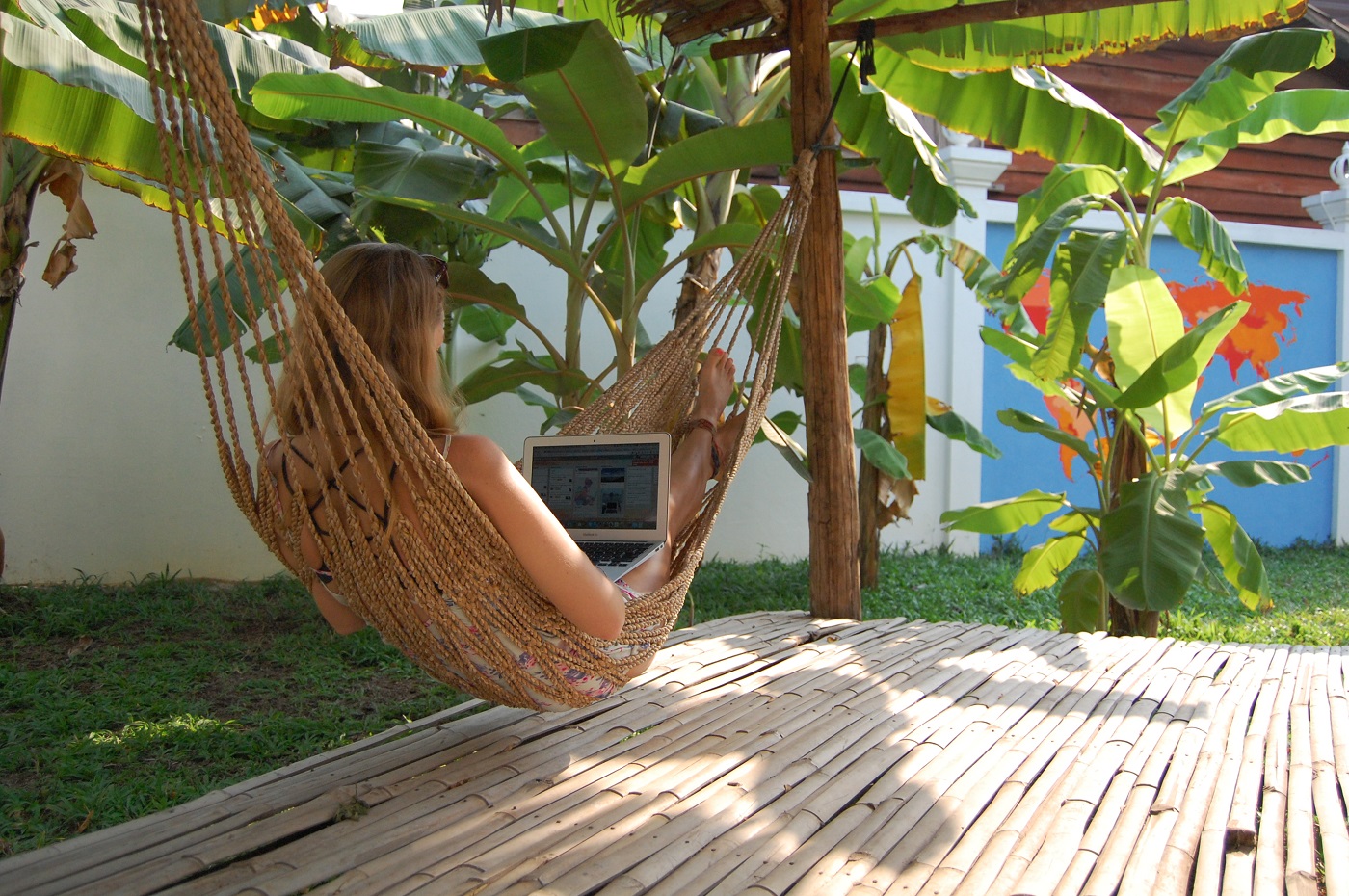 Author Bio:
Jennifer Lachs is a writer for Open Colleges, one of Australia’s leading online education providers. She is a globetrotting writer, blogger and former scientist. Originally from Munich, Germany, she has lived and worked in 5 countries across the world. After finishing her PhD in chemistry in 2013 she went on a round-the-world trip that took her to over 15 countries, including Australia, where she lived for a year. She writes about her travels and her quest to become a digital nomad on her blog Square Hippie. To find out more about Open Colleges, follow them on Twitter and Facebook.