Tel Aviv is one of the Mediterranean’s hottest backpacking destinations… and not just because the sun scorches over summer. An exploding food and drink scene, a shimmering coastline, fascinating cultural attractions and a nightlife that never sleeps makes Israel’s most modern city a must-visit in the Middle East. Whether you’re into ancient alleyways or avant-garde art, hummus or hedonism, beaches or bars (or both), backpackers aren’t short of awesome things to do in Tel Aviv, Israel. Here are the ones you simply cannot miss! 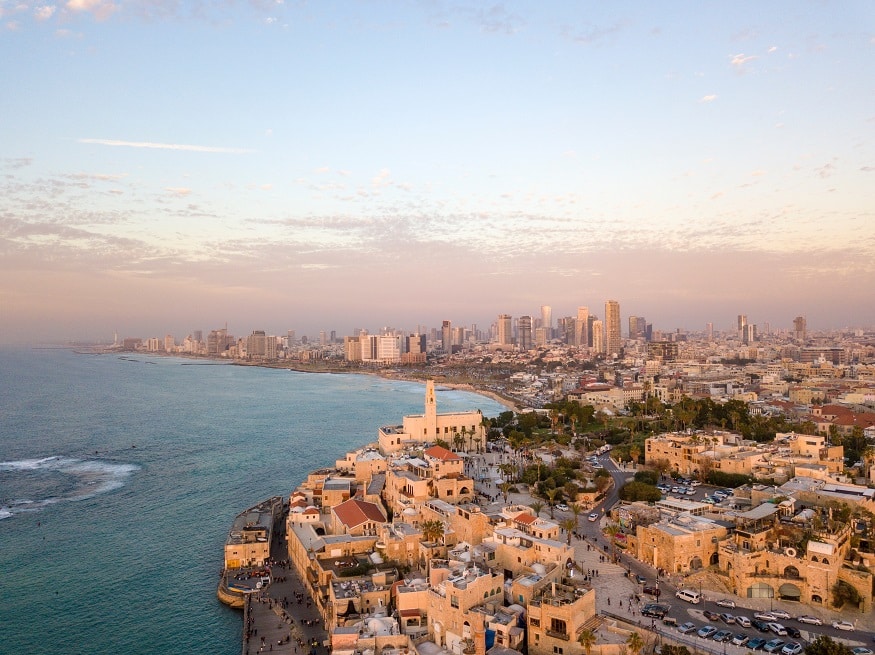 Jaffa — Yafo in Hebrew, Yaffa in Arabic — is the oldest part of Tel Aviv, and one of the most ancient cities on the Mediterranean. But this labyrinth of laneways has been dragged into the 21st Century by the uber-trendy restaurants, bars and art galleries that live alongside centuries-old churches, mosques and clock towers. Occupying a cliff that spectacularly sticks out into the ocean, Jaffa is home to a buzzing flea market, the quirky Ilana Goor art museum, sculptures of the 12 astrological signs in the so-called Zodiac Alleys, 3500-year-old Egyptian ruins, and a string of superb seafood places around the historic port. 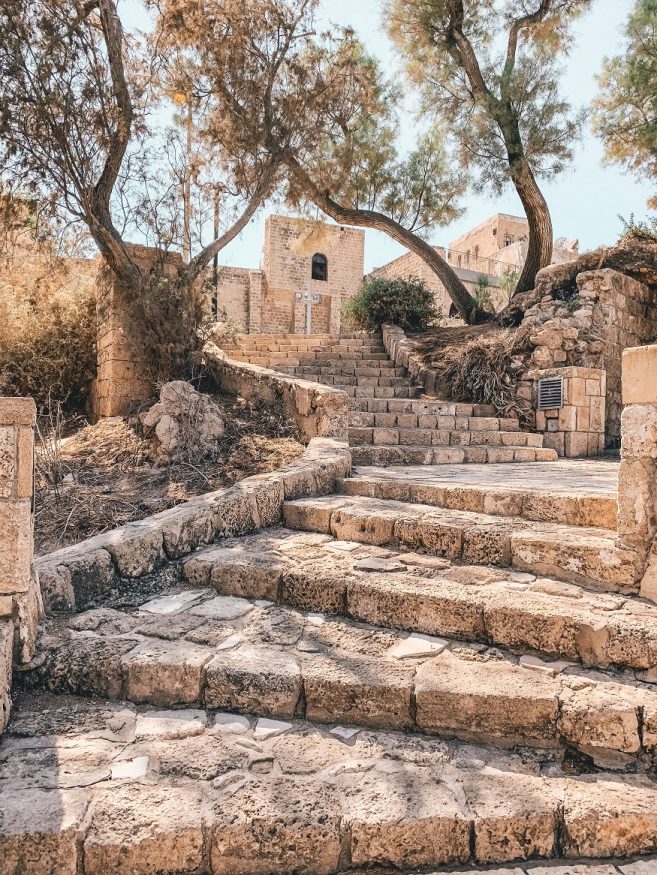 Tel Aviv is a cosmopolitan mix of faiths and backgrounds, but the nightclub is one temple that unites the locals. Start your evening at a beach bar or a pub in hipster Florentin before heading to the hedonistic nightclubs around the Tel Aviv Port and the Great Synagogue on Allenby Street, or diving underground at the indie venues in the south of the city. Pasaz, The Block, Bootleg, Kuli Alma, Radio EPGB, Beit Maariv and the Breakfast Club are only a few names on TLV’s long list of legendary nightspots. 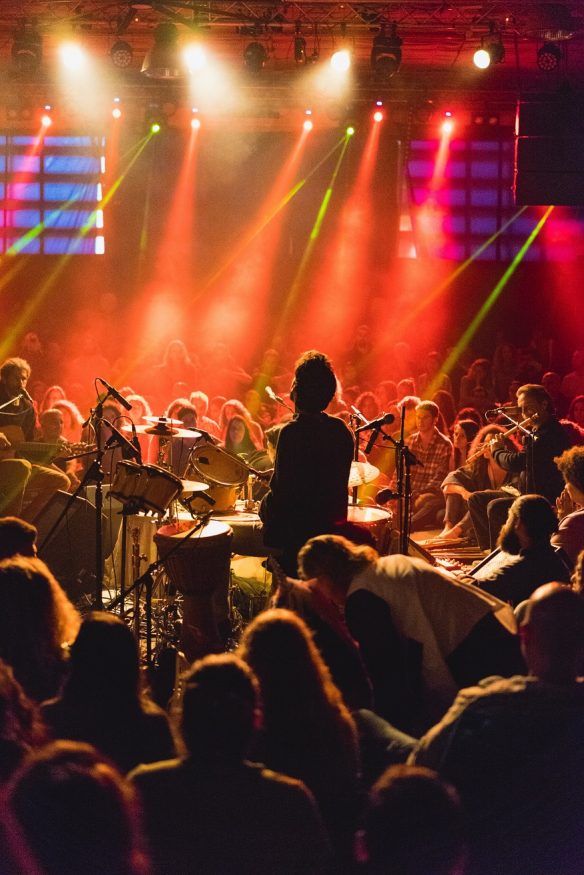 And although cities like Beirut or Dubai might dispute the crown of the region’s best nightlife, there’s no doubt that the Middle East’s most colourful LGBTQ scene sparkles in Tel Aviv. The annual Pride parade attracts more than 250,000 fabulous party-goers each June for the march along the promenade before an epic party on the sands of Charles Clore beach.

Markets — a shuk in Hebrew, or a souk in Arabic — are woven into the fabric of the Middle East, and haggling with the locals over the price of a juicy Jaffa orange or some antique lamp that looks like it’s been lifted straight out of ‘Aladdin’ is one of the best things to do in Tel Aviv. Snaffle a souvenir and sink your teeth into some street food at the massive Carmel Market, the cool Indoor Port Market, the vintage Jaffa Flea Market, the artsy Nahalat Binyamin Market, the fragrant Levinsky Spice Market, or the modern Sarona Market, a 140-year-old building that used to belong to a German Christian sect before being turned into a food hall in 2015. 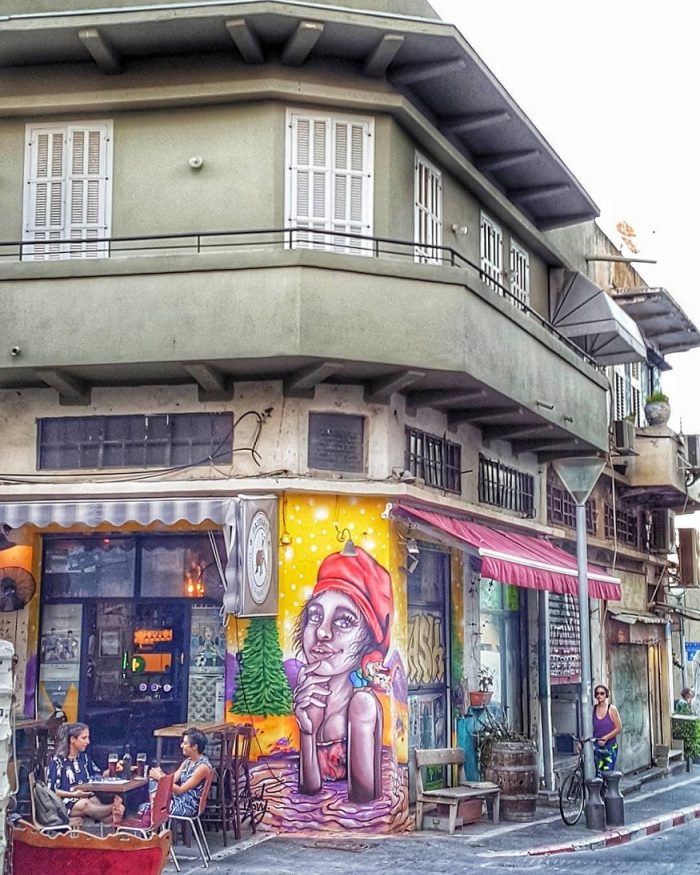 A sun-kissed stretch of sand streaks from Jaffa in the south to the Tel Aviv Port in the north — and the best thing for backpackers is that they don’t cost a shekel. There’s the glam Gordon Beach, the laid-back Banana Beach, the gay-friendly Hilton Beach, the heated games of Matkot (beach tennis) at Geula Beach, the surf lessons at Dolphinarium Beach, and a stack of other azure Mediterranean swimming spots straddling the western edge of the city. Stroll or cycle down the seaside promenade, grab a coffee (or something stronger) at one of the dozens of beach bars, and take a dip in the Olympic-sized Gordon Pool sandwiched between the marina and the boardwalk. 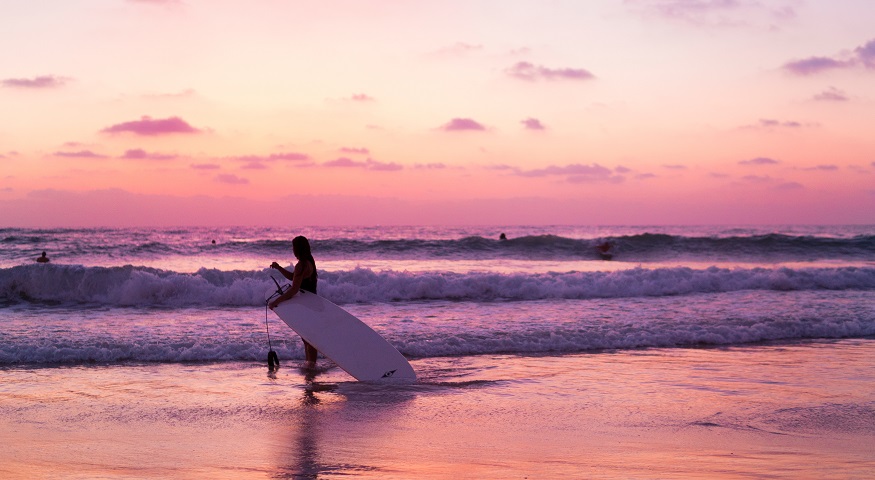 Well, to be honest, street art isn’t really something you need to sniff out in Tel Aviv — it smacks you in the face as soon as you hop out of the bus station, a multi-storey maze caked in spray paint from head to toe. Elsewhere, the entirety of the Florentin neighbourhood feels like an open-air art gallery, photorealist murals by Rami Meiri line the beachside HaYarkon Street, technicolour masterpieces light up the Old Jaffa Port, and Dede’s ubiquitous band-aids plaster every inch of the city. Intrepid backpackers should also venture an hour south to Bethlehem to spot Banksy’s most iconic originals. 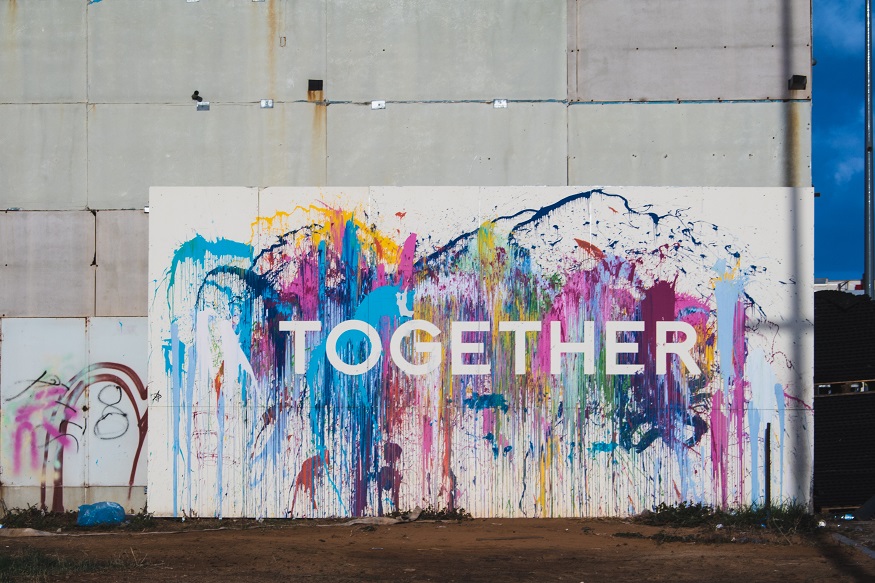 No food fuels Tel Aviv quite like hummus — the creamy chickpea mash you’ll spot locals scooping up with a warm piece of pita bread everywhere from picnics in the park to Israel’s swankiest restaurants. Abu Hassan on Ha-Dolfin Street in Jaffa is the stuff of legend — you’ll witness long queues snaking out from under its green awning, patiently waiting to either dine-in or take-away. Hummus aficionados should also tuck into the Son of the Syrian in the quaint Yemenite Quarter, Mashawasha in the city centre, Garger HaZahav in the Levinsky Market plus Shlomo and Doron in the Carmel Market, as well as Kaspi’s six locations across the city. 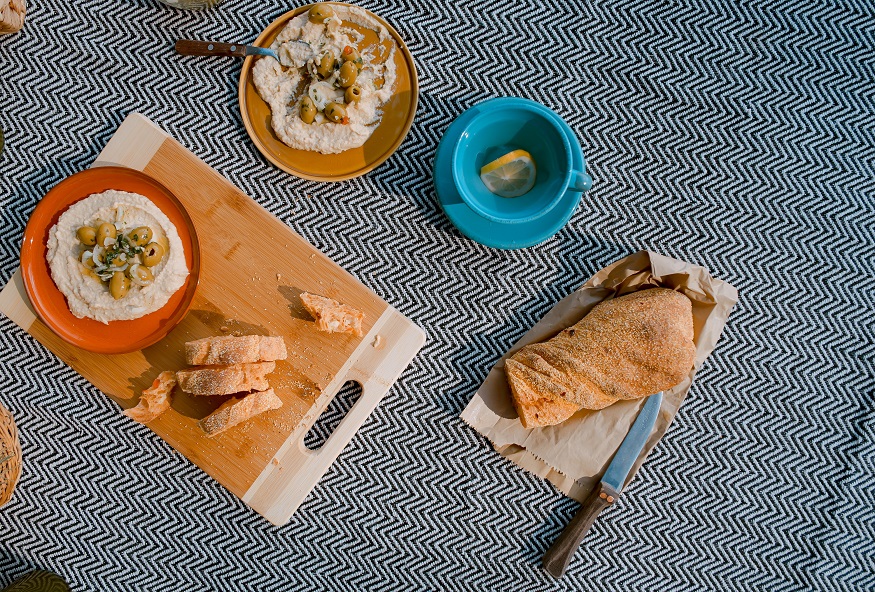 This swanky tree-lined boulevard is the spine of the city, linking fashionable Neve Tzedek in the south with artistic HaBima Square in the north. Rothschild Boulevard’s upscale cafes and boutiques might fall outside of a backpacker’s budget, but this leafy stroll is one of the top free things to do in Tel Aviv. The ancient streets of Neve Tzedek are now brimming with cute coffee shops and avant-garde galleries, and at the other end, HaBima Square is where you’ll find the world’s first Hebrew language theatre plus a sunken garden blasting classical music underground.

Rothschild Boulevard is also the best place to admire TLV’s famous Bauhaus architecture. German Jews brought this distinctive design to Israel in the 1930s, building more than 4000 asymmetrical cube-like structures across Tel Aviv — more than any other city on earth, earning the so-called White City its place on the UNESCO World Heritage list in 2003. The Bauhaus Centre near Dizengoff Square is a must for architecture nerds.

Also in the city centre, Rabin Square — a tribute to the Israeli prime minister who was assassinated here in 1995 — is Tel Aviv’s central plaza, while Bialik Street — named after the Hebrew national poet Hayyim Nahman Bialik — contains his old home, the house and museum of pioneering Israeli artist Reuben Rubin, as well as the country’s oldest photo shop Zalmania, showing off thousands of historic photos stretching back to 1936. 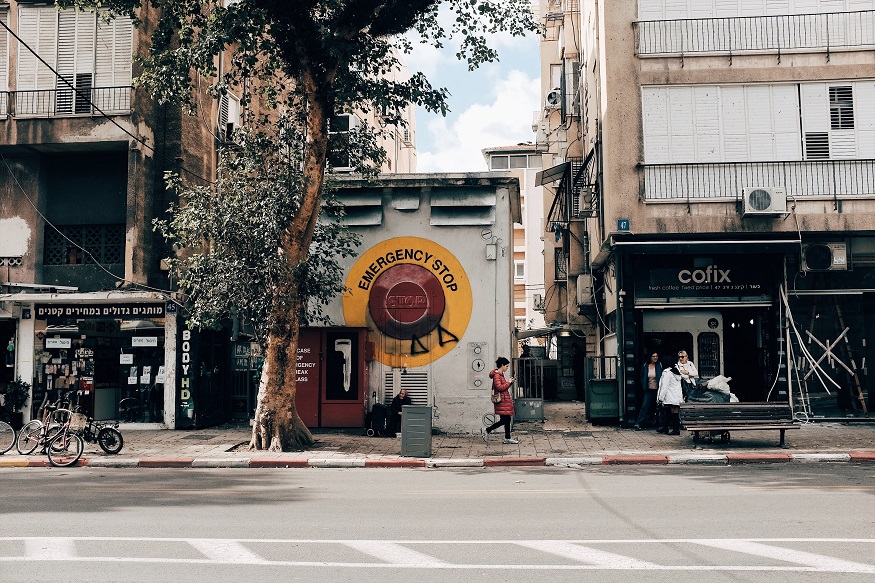 If Rothschild Boulevard is the spine of Tel Aviv, then this urban oasis is the lungs. Named after the river that trickles through it, Park HaYarkon is kind of like New York’s Central Park… except it’s located on the northern outskirts of the city. It’s well worth the trek, though — there’s a water park, a sports centre with a rock-climbing wall and a skate park, gardens sprouting 3500 species of exotic plants, a bird sanctuary and two concert venues. Not to mention almost four square kilometres of chilled-out lawns for a picnic, a game of football, or a lazy afternoon watching all the joggers and cyclists doing all the exercise you can’t be bothered with. Come on, you’re on holiday!

Israel’s largest art museum sits on every list of things to do in Tel Aviv. The gallery houses a cutting-edge collection of art from around the country and across the globe, featuring Picasso, Dali, Rodin, Monet – all the big names. The museum first opened its doors in 1932 but its most eye-catching addition came in 2011 with the brand spanking new Herta and Paul Amir Building, an architectural marvel centred on a swirling atrium that’s been likened to a sideways radiator, a crushed envelope, and a Rubik’s cube bleached of colour. 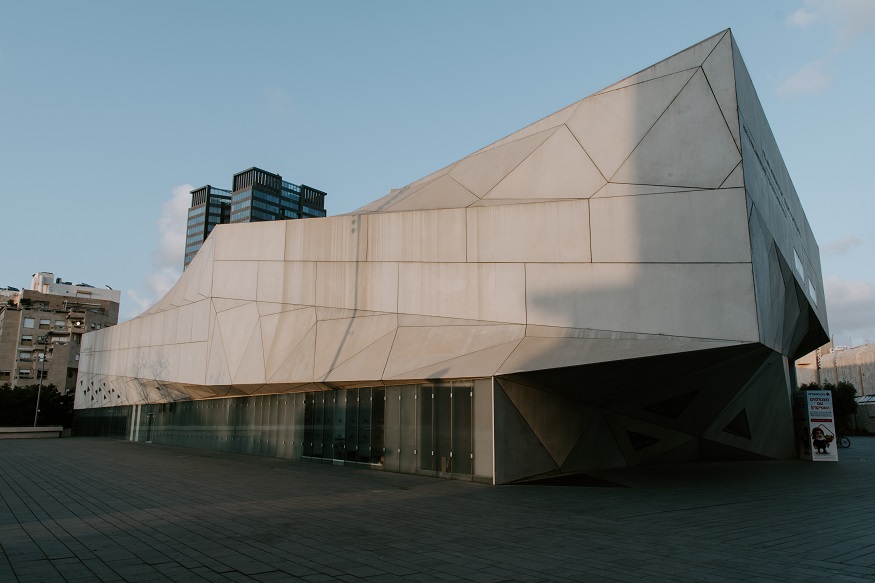 Tel Aviv is also a great launchpad for a day trip to two of Israel’s must-see sights: Masada and the Dead Sea. About two hours’ drive north of the city, plenty of travel agencies offer one-day tours of these iconic Israeli landmarks. Start the day with a steep climb up to Masada — a 2000-year-old clifftop fortress where the ancient Jews mounted a fabled (and ill-fated) stand against Roman troops — then soothe your jelly legs in the healing waters of the Dead Sea, which is 10 times saltier than the ocean. Sitting more than 430 metres below sea level, this mineral-rich lake is the lowest point on earth. Swimming/floating in the still water is a blissfully serene experience – just don’t make the mistake of dunking your head under its eye-stingingly salty surface! 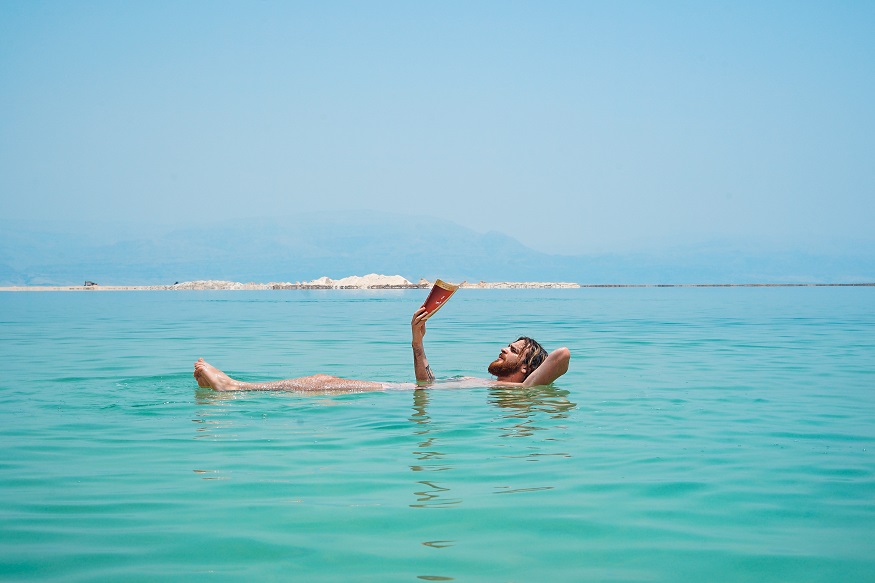 Abraham Hostel is one of the best budget places to stay in Tel Aviv, with family shabbat dinners, events like yoga classes and pub crawls, plus a prime location just steps from Rothschild Boulevard. They’ve also got a buzzing bar and beautiful rooftop terrace and much like the rest of the city, they know how to throw a party! Luckily they also have the perfect hangover cure – free breakfast on the roof with incredible city views. See you on the dancefloor! 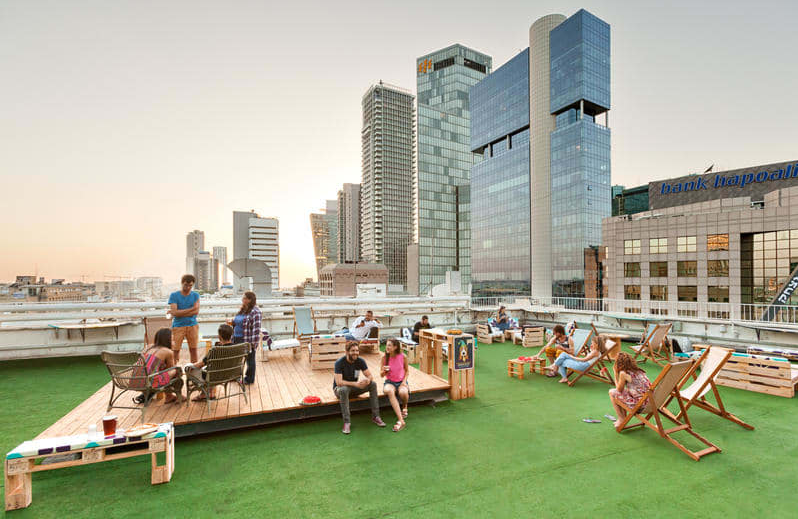 Ready to experience Tel Aviv? Mention @hostelworld in your travel snaps so we can come along on your adventure! If you think we missed any of the best things to do in Tel Aviv, let us know in the comments below ⬇️ Happy travels! 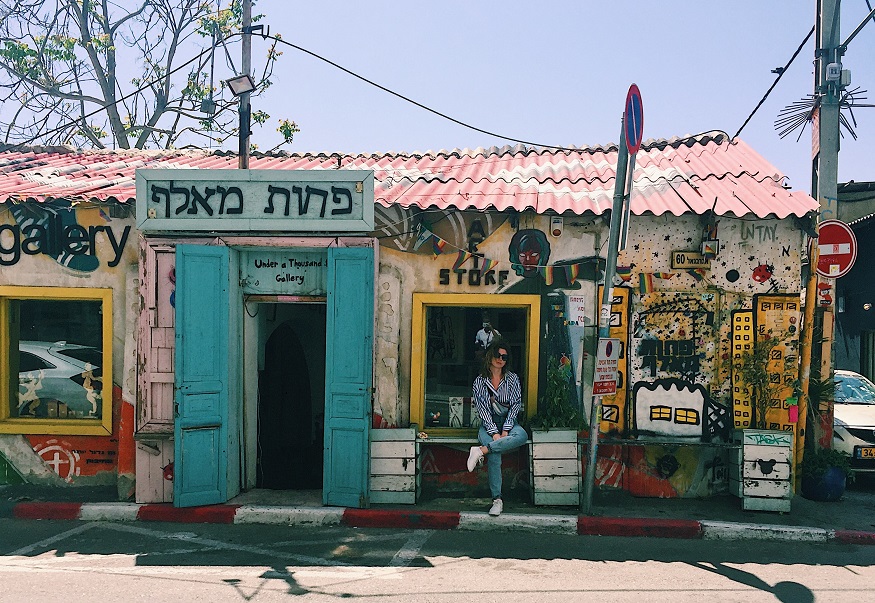 Tom Smith is an Australian writer living in Manchester. Obsessed with sport and travel, Tom has watched cricket in Cardiff, football in Fortaleza, baseball in the Bay Area, and there’s still plenty more to tick off the bucket list yet. Read more of his work here.

🌟 20 years of travelling – how backpacking has changed

🌟 The ultimate guide to backpacking Jordan