There’s a lot for backpackers to love about Toronto – the friendly people, banging nightlife, world-class coffee, and the fact that chips, cheese and gravy is a national institution (hello poutine). Toronto is home to Kensington Market and Queen West – two neighbourhoods consistently ranked ‘hippest neighbourhoods in the world’ for their walkability and brilliant galleries, bars, shops and offerings that have foodies everywhere rubbing their bellies in wonder. But beyond all of the usual tourist highlights, there are a lot of totally unique things to do in Toronto, and today we’re counting down 15 of the best. 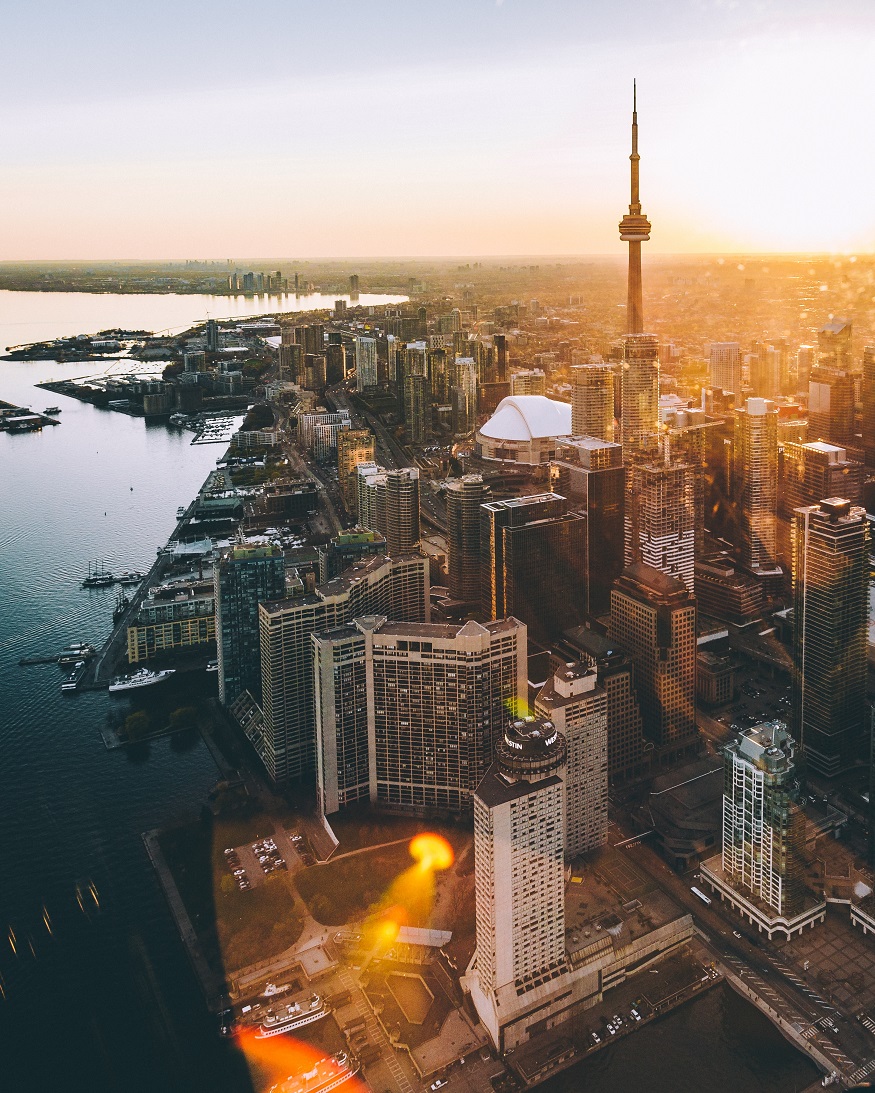 Forget mastering origami, or how to play the stock market. Read up on some more unusual hobbies at Toronto’s coolest book shop. At Monkey’s Paw, the books are separated into four categories: the beautiful, the macabre, the absurd and the arcane. If you’ve always wanted to be able to determine female personality traits based on boob shape, you’re in luck. The store’s crowning glory is its book vending machine, which churns out literary classics in exchange for a $3 token. 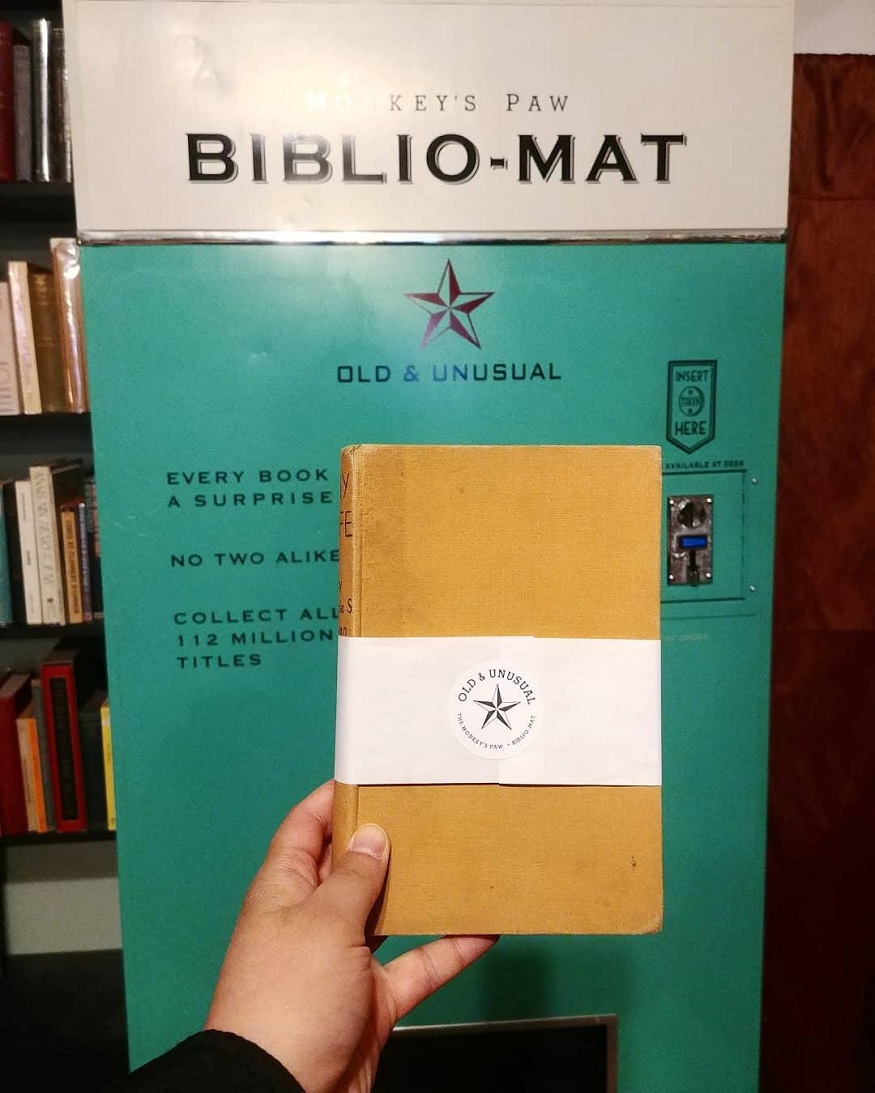 After the city’s Neighbourhood Watch signs were repeatedly defaced by vandals (clearly the team were slacking off!), artist Andrew Lamb replaced the signs with 100 new ones depicting pop culture characters from the 80s and 90s, far more likely to prove helpful in the case of an emergency…or alien invasion. Keep your eyes peeled for the likes of Mulder and Scully, Buffy the Vampire Slayer and the Care Bears. 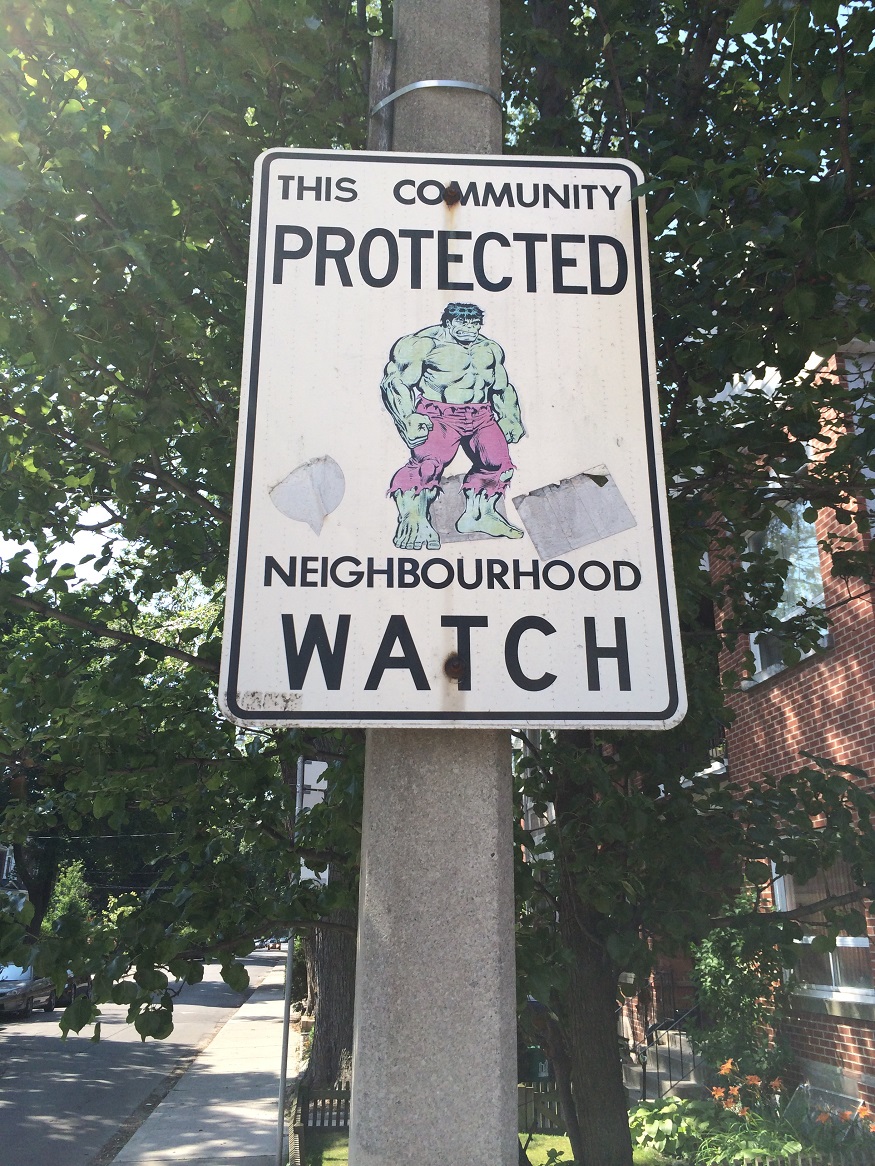 If you (like most of the world) are a Harry Potter fanatic, don your invisibility cape and head straight to The Lockhart while you’re in Toronto. Forget cheesy memorabilia, this is a classy joint, tastefully decorated with items that merely nod to the books. It will take a true Gryffindor to identify all of the magical items in this bar. Their menu of ‘potions and elixirs’, include such treats as the Befuddlement Brew, The Dementor’s Kiss, and The Marauder, which is served in a flaming cauldron. They’ve also got a fantastic brunch menu – a meal I wasn’t aware they served at Hogwarts. 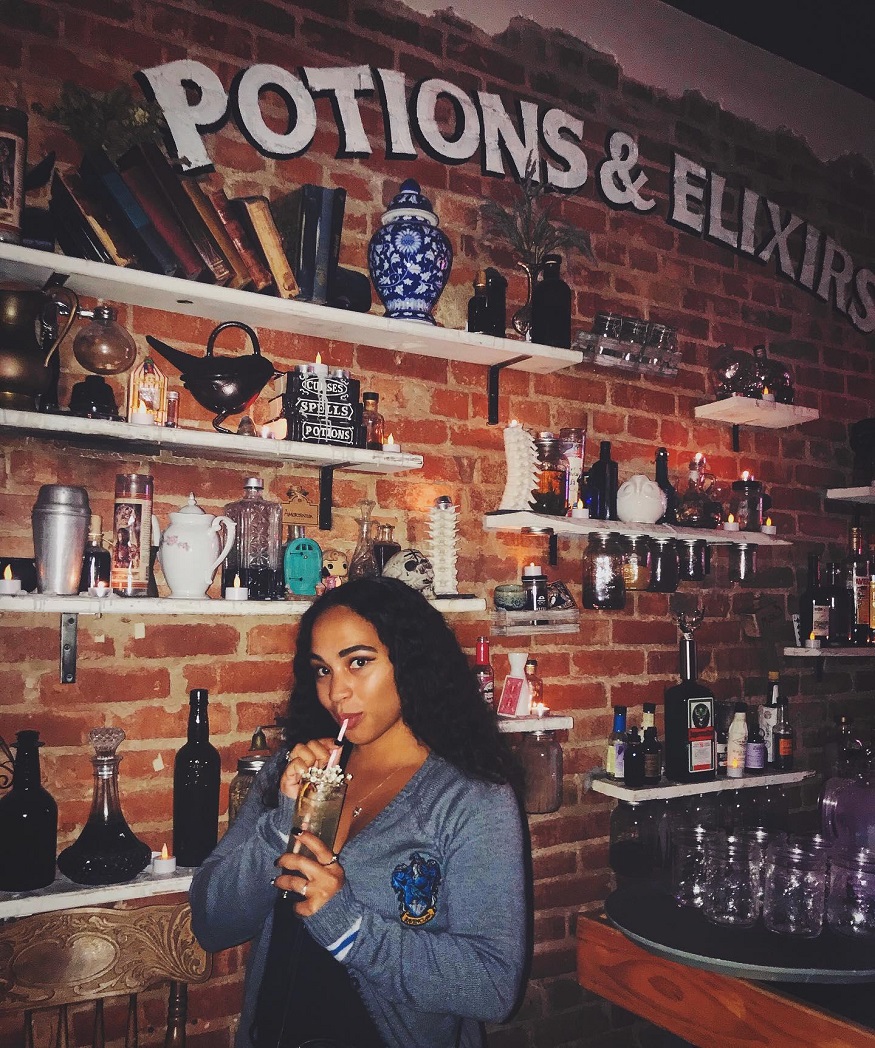 4. Work out some of your rage

If you’ve had a bad week – or you’re completely fine, but just quite fancy smashing some stuff – head to The Rage Room for 45 minutes of pure, unadulterated fun with a sledgehammer (or a crowbar, baseball bat or hammer!) Don that protective gear, pump up your tunes of choice and get smashing. Guests can select what they demolish – glasses, plates, vases. You can even take long-overdue revenge on a printer for always running out of ink so quickly. Make as much mess as you possibly can, because you don’t have to clean up. 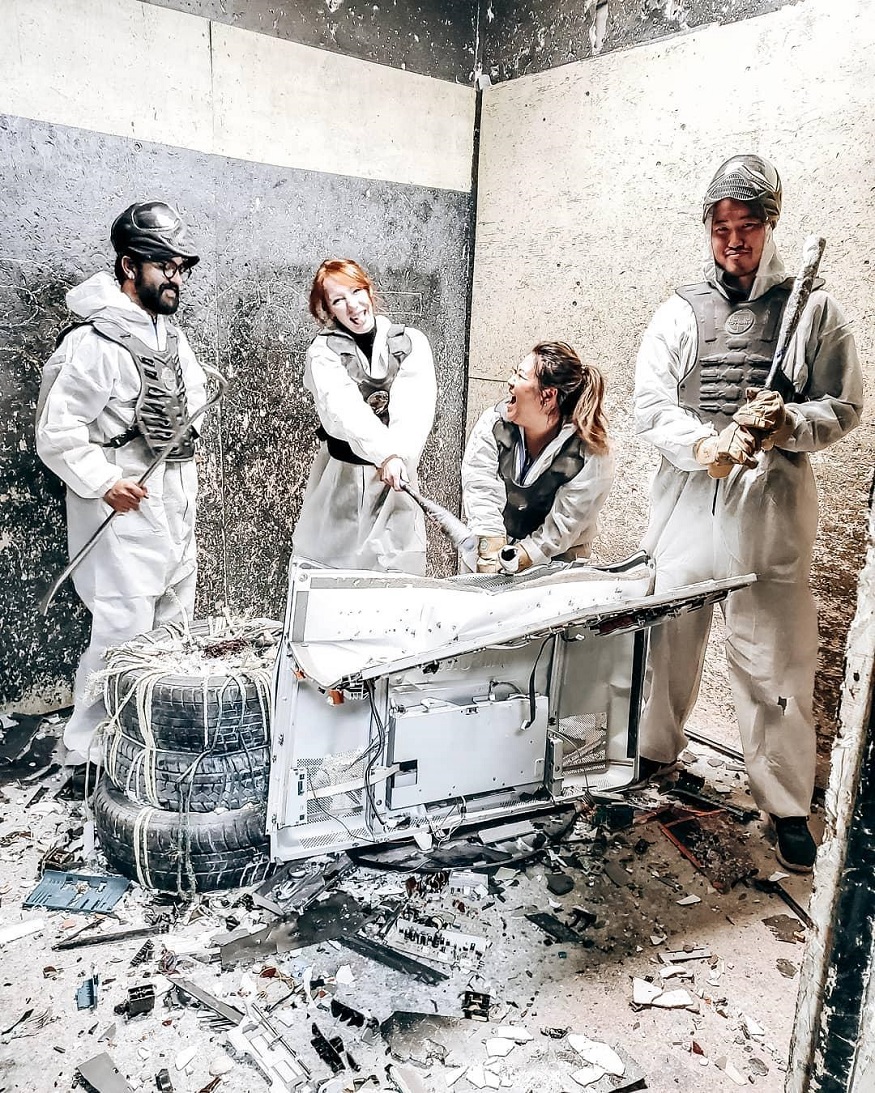 5. Partake in some parkour

If you’ve spent hours watching YouTube videos of people doing parkour, your visit to Toronto is your chance to give it a bash without risking a head injury. The Monkey Vault is ‘an alternative gym that specialises in movement’, which means it’s essentially a giant playground. Try out parkour, free running and gymnastics as you fling yourself in, on and around their foam pits and obstacle fields. It’s a friendly, unintimidating space, and a seriously good full-body workout.

6. Chow down at the Poop Café

How do you fancy sitting upon a porcelain throne as you drink from mini-toilets and dine upon such delights as the ‘doo-doo waffle’ (which actually looks pretty good) at Toronto’s Poop Café? They serve exclusively Asian desserts, which resemble – you guessed it – poop! The saving grace is that almost everything is made of chocolate. Given its Instagram shock-factor, the Poop Café is a wildly popular spot, so you will need to schedule an appointment via their Facebook page. 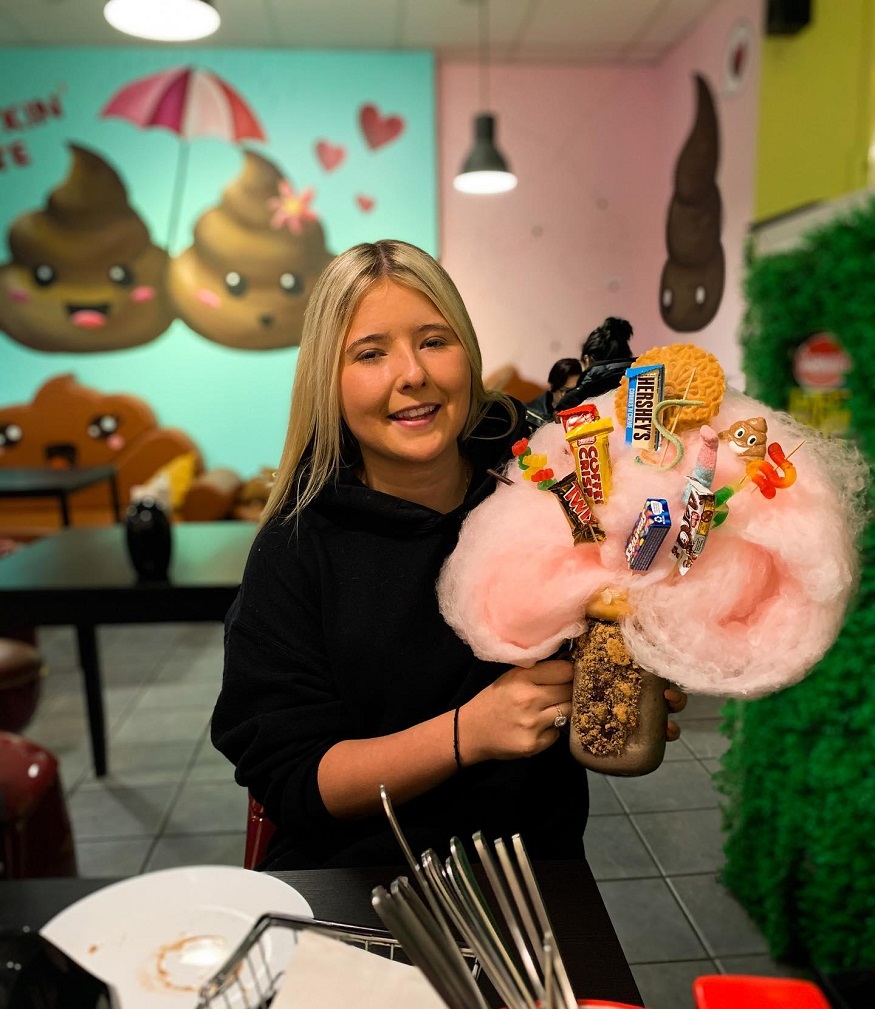 7. Hang off a skyscraper

Without a doubt one of the coolest things to do in Toronto is dangle off the side of a 116-storey building. Don’t worry, I’m told it’s safe. Toronto’s CN Tower Edgewalk Experience is a must for all your daredevils who manage not to dissolve into a puddle the minute you reach a great height. Get suited up, attached to some seriously legitimate pulleys, and have a little wander around the 1.5m wide, totally see-through walkway that circles the building. The views are undeniably spectacular, as is the opportunity to hang off backwards and forwards at your guide’s instruction. 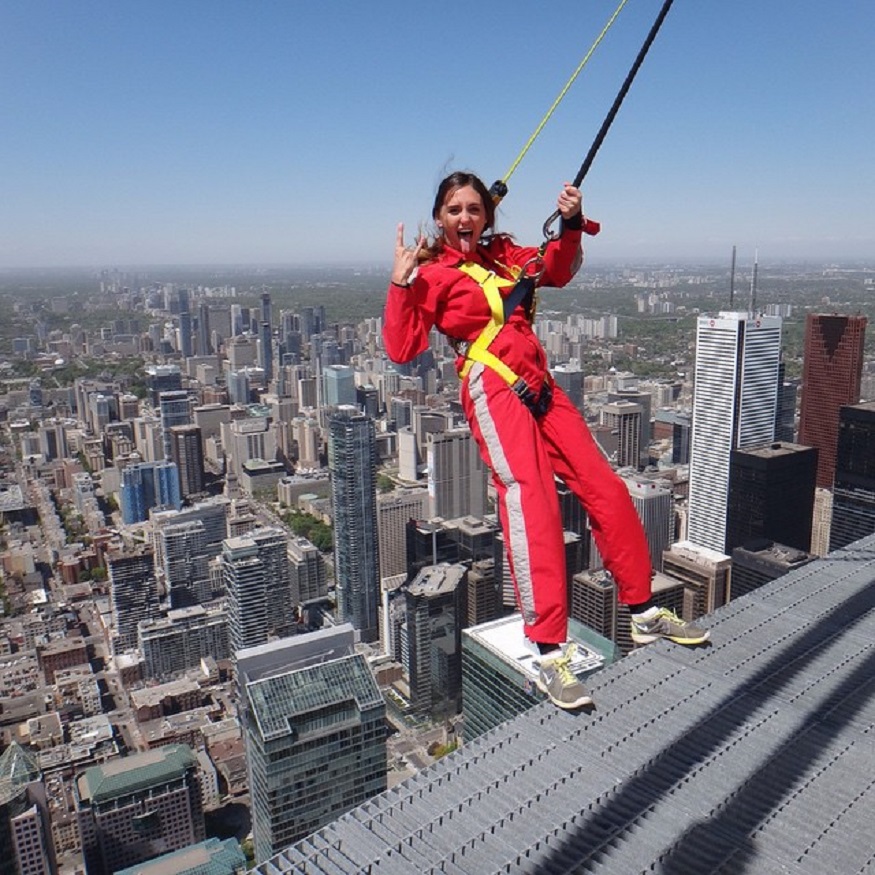 Always worried about getting food stuck in your teeth? Fear embarrassment no more at O.Noir, a restaurant offering a unique perspective on dining. Diners eat in total darkness and are served by the restaurant’s staff who are all visually-impaired. It’s a chance to experience what your food really tastes like when you’re forced to rely on senses other than sight. Prepare to have your taste-buds tantalised. You can opt to choose your food before you enter, or live a little and go for the surprise options.

9. Learn how to handle a weapon

Forget laser tag, forget paintball – one of the most unique things to do in Toronto is to channel Katniss Everdeen and play high-speed archery tag at Archers Arena. Nerf gun wars are also an option, which quite frankly, sound superb. In fact, Toronto offers many an opportunity to throw something deadly at a target. Knives, daggers, or why not go full Canadian lumberjack and try your hand at axe throwing?

Toronto’s film industry is booming, and one place where you can get a little insight into the volume of events and exciting screenings is at Hot Docs Cinema – a spot that specialises in international and Canadian documentaries. The building itself is gorgeous and has been a cinema since 1913. Hot Docs’ roster of events is impressive, and includes interesting film series’, film festivals featuring Q&As with directors, and podcast festivals. 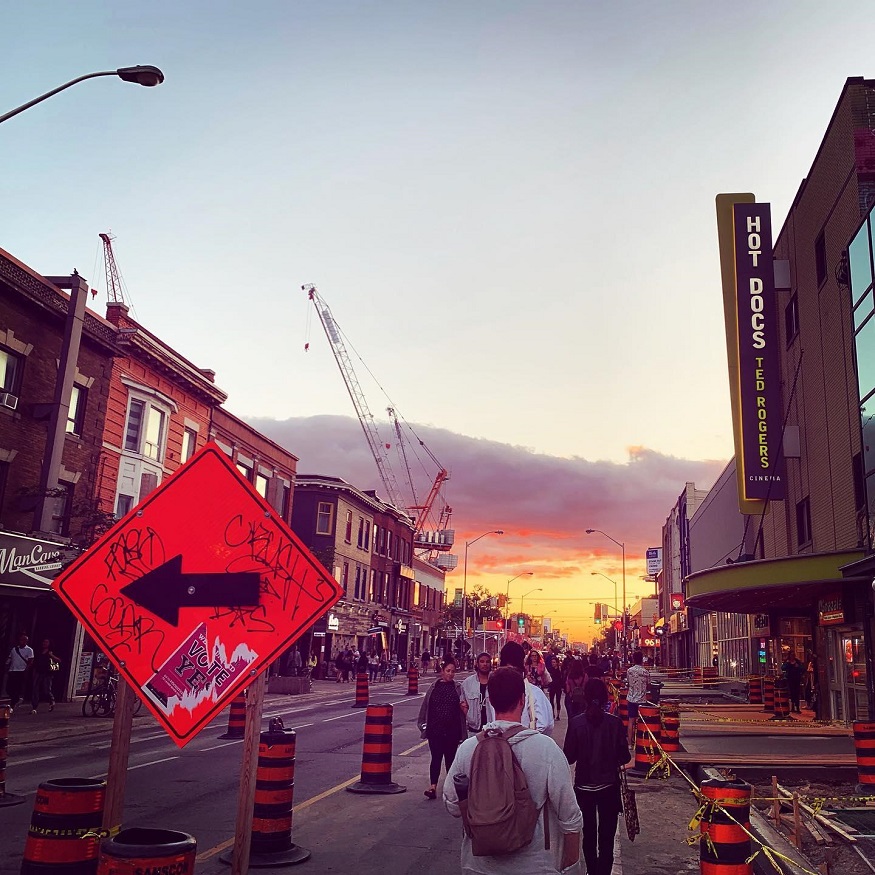 Sure, it may sound like a euphemism for something more raunchy, but I assure you, hugging is all that happens at these cuddle parties – one of the most unique things to do in Toronto. The friendly and inclusive events are organised by ‘cuddle party facilitators’, and rather than being seedy, they are actually a valuable lesson in affection, boundaries and non-sexual human touch. It’s a great place to meet interesting locals, and to practice the art of asking for what you want, and saying ‘no’ to what you don’t.

12. Have a glow-in-the-dark kick around

If you think you’ve played football in all of its iterations, think again sunshine! One of the most unusual things to do in Toronto is to have a glow-in-the-dark kick around. And it’s not just the balls that glow at Soccer Glow Kingdom – so do the pitch, the players’ bibs and the whites of your eyes! 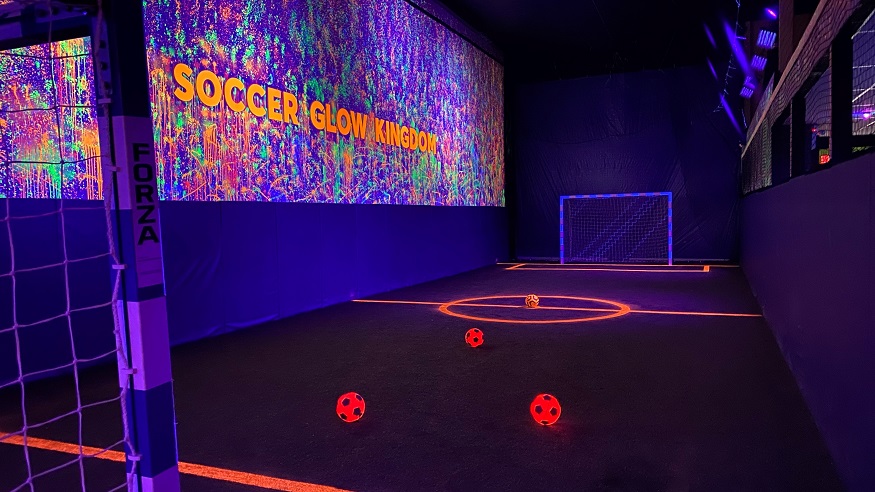 While Toronto is unlikely to be the first beachside location that springs to mind, the sandy shores alongside Lake Ontario are idyllic on a summer’s day. Head for a dip and a picnic at popular spots like Sugar Beach, Cherry Beach and Bluffers Beach…or if you fancy getting your kit off, head to Hanlan’s Point – Toronto’s nudist beach. 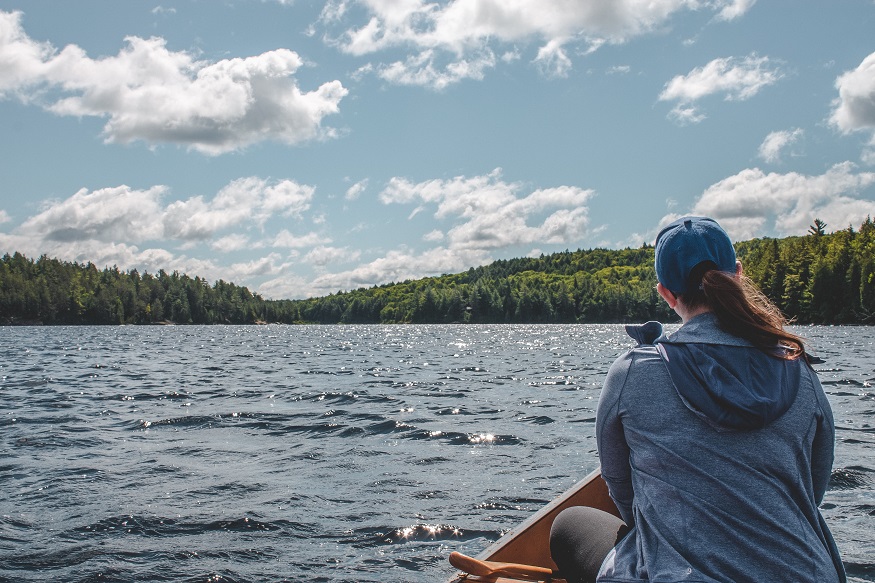 For a mind-bending experience and great snaps for your Instagram, head to Toronto’s Museum of Illusions. See your own head served up on a platter, play a game of cards with yourself at the museum’s Clone Table, go to infinity and beyond in their Infinity Room, and give your short mate the opportunity to be taller than you for once with their chair illusion. 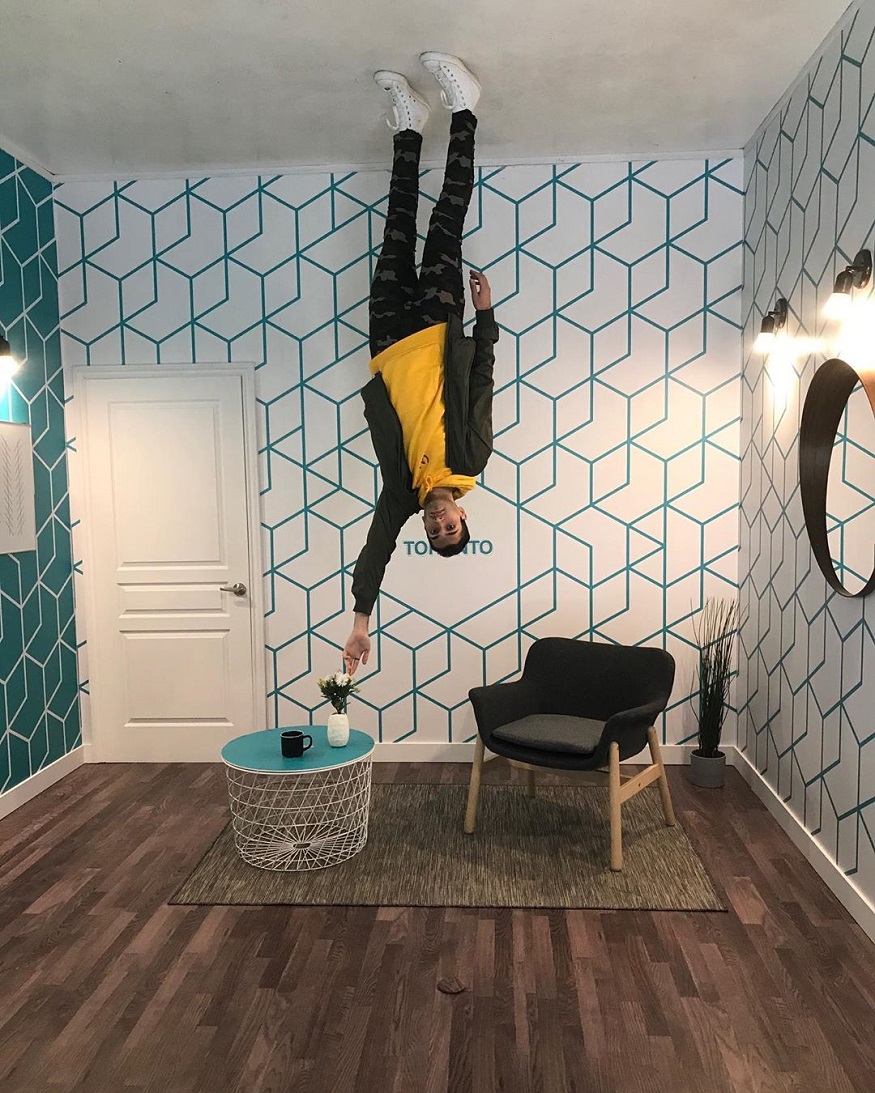 One of the most unique things to do in Toronto for cinephiles is attend the illegal movie house, The Cineforum, run by ex-film lecturer Reg Hartt. Prior to starting this illegal enterprise, Reg used to lecture in churches and bars around the city. Now, he keeps things under his own roof. Screenings are advertised on black and white flyers pasted onto telephone poles around the city. Most films shown are old classics and if you get a silent movie, you may be treated to one of Reg’s original soundtracks, made especially. Throughout the screening, Reg will chip in with cinematic insight. It’s a truly unique, truly Torontonian evening.

For help finding your perfect hostel in Toronto, download the Hostelworld app and get ready to meet the world!

Amy Baker is the author of Miss-Adventures: A Tale of Ignoring Life Advice While Backpacking Around South America, and founder of The Riff Raff, a writers’ community that supports aspiring writers and champions debut authors. You can follow Amy on Twitter here.

🌟 The best hostels in Toronto for every type of traveller

🌟 The ultimate guide to backpacking Canada

🌟 The best places to visit in Canada