The Weirder The Better: 10 Reasons Why We Love LA

You might think that the “city of angels” is an unusual choice for a trip, but don’t be fooled. La la land is a seriously overlooked, one-of-a-kind paradox between the chilled Cali lifestyle and a sprinkle of WTF glitter. It’s a place where everyone is a daydream believer and Uber drivers are opera singers. And newsflash: The “LA has no culture” story is old news. Avoid the dodgy tourist traps (although we do love a bit of trash!) and you’ll find a curious world of old and new, with art deco theatres, a cutting edge art scene and wild hiking trails. Here’s the LA lowdown… 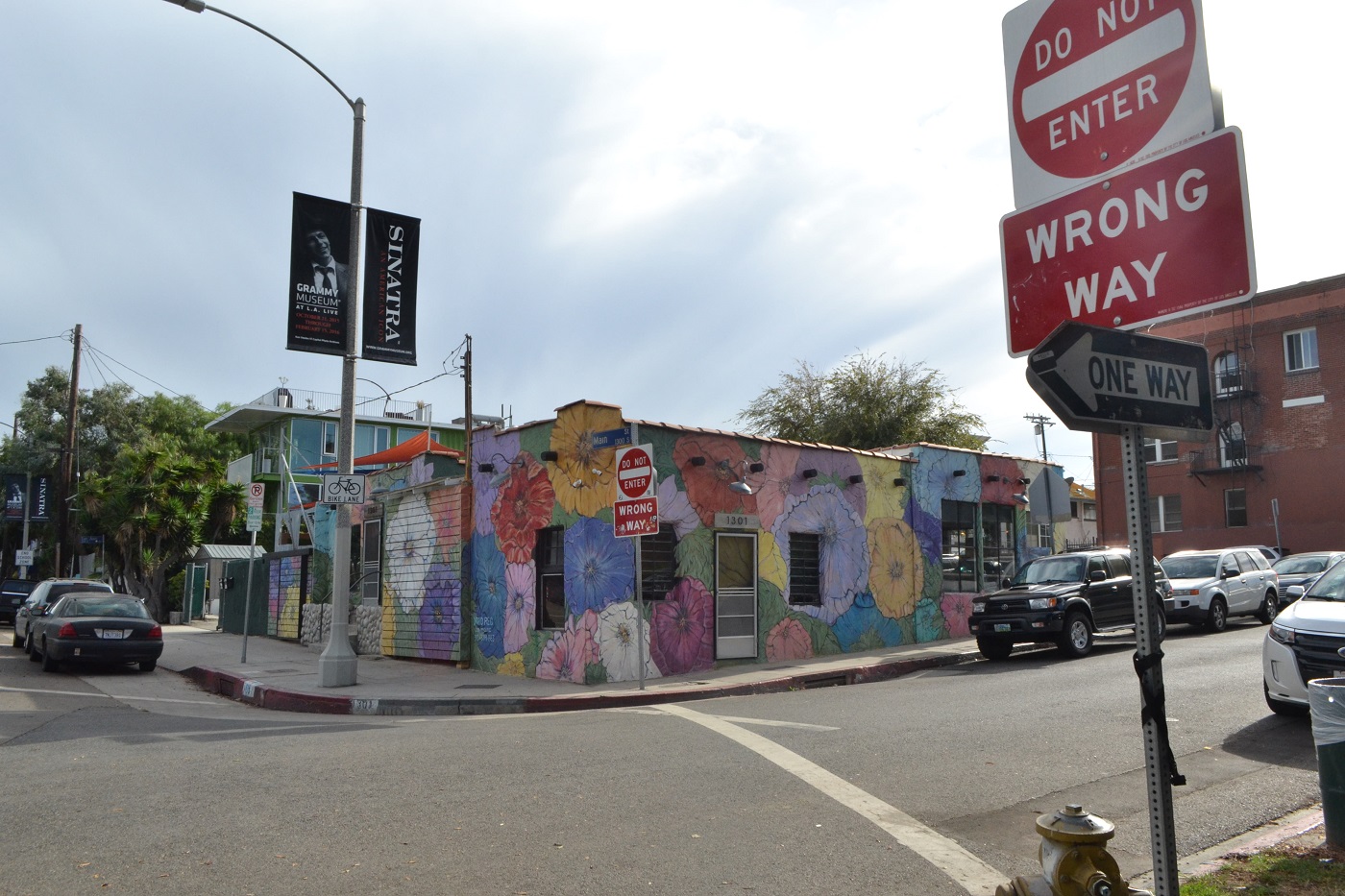 1) Hiking is integral to the lifestyle

You’ll be surprised to learn that a lot of things cost sweet FA in LA, including the glorious outdoors. Peak bagging (where you check off multiple summits) and night hiking are the latest trends. 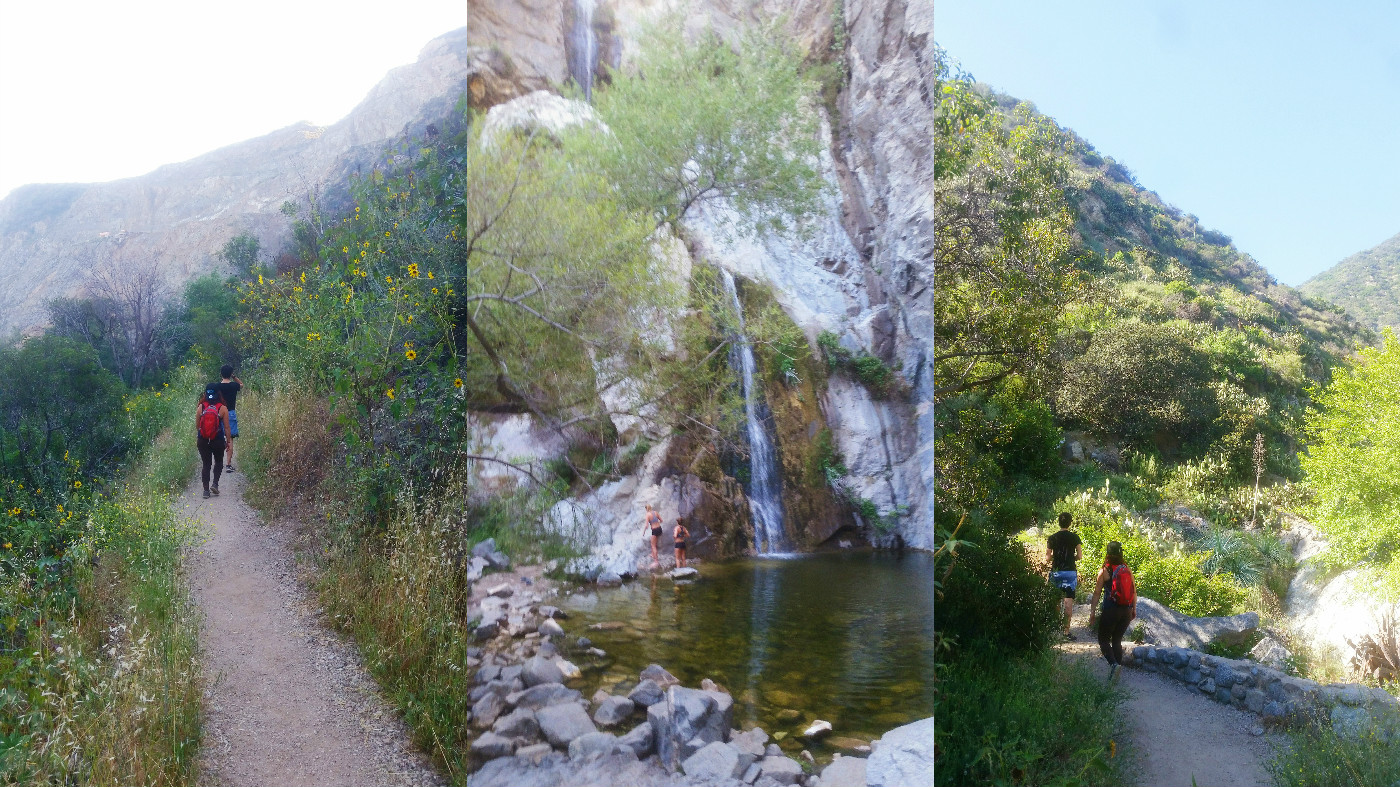 The 67 mile Backbone Trail in the Santa Monica Mountain Range has just opened and I thoroughly recommend the Griffith Park Trail.  The forest leads to the Griffith Observatory where you can see the whole of Hollywood lit up, and you can learn about stars and galaxies in the Planetarium until 10am. If you don’t fancy doing a hike alone, most hostels run free guided tours, or there’s Meet Up groups that go every day. 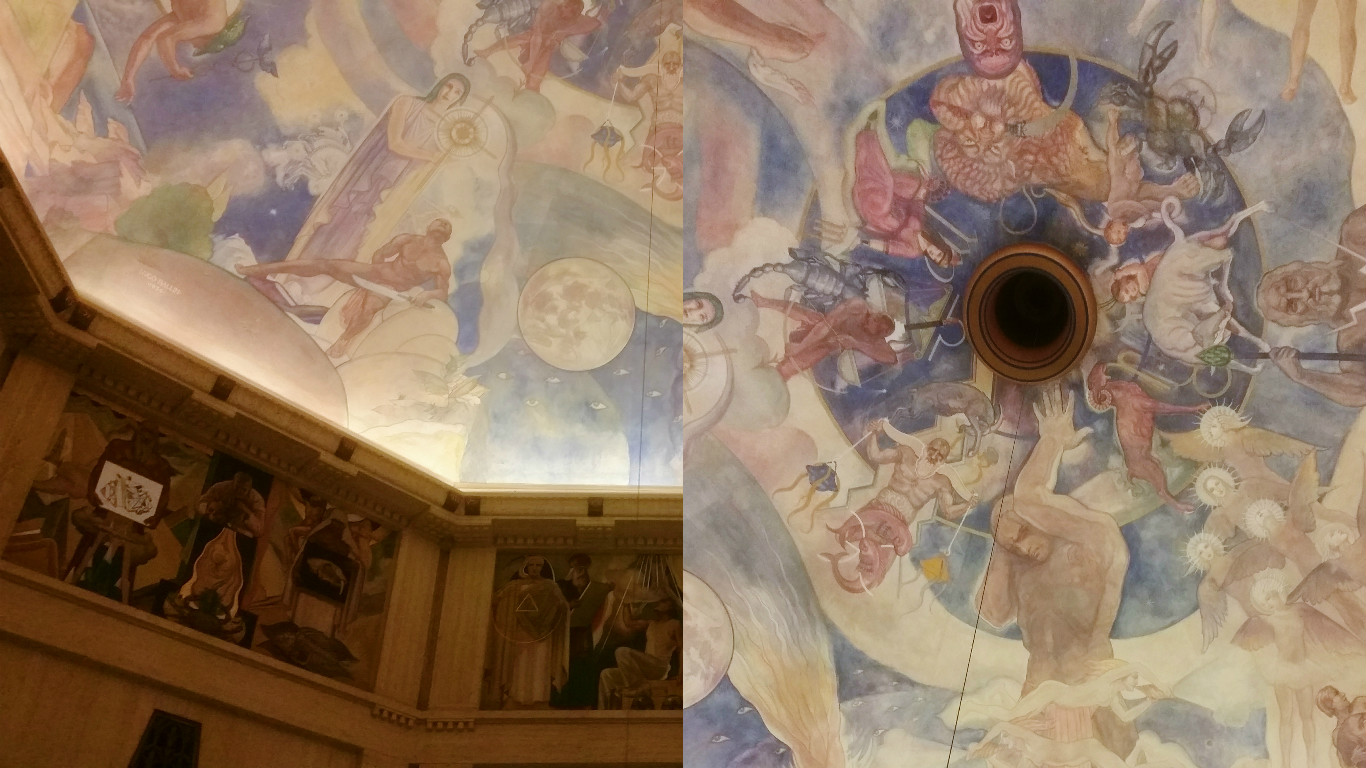 2) Creativity is a religion

California is touted as the ‘mural capital of the world’, and Los Angeles is as psychedelic nest of street art. The art scene continues to boom with last year’s opening of The Broad, a $140 million gallery brimming with edgy works by contemporary bigwigs such as Jeff Koons and Cindy Sherman. The latest Instagram bait is an Infinity Room by artist Yayoi Kusama named “The Souls of Millions of Light Years Away.” #selfie 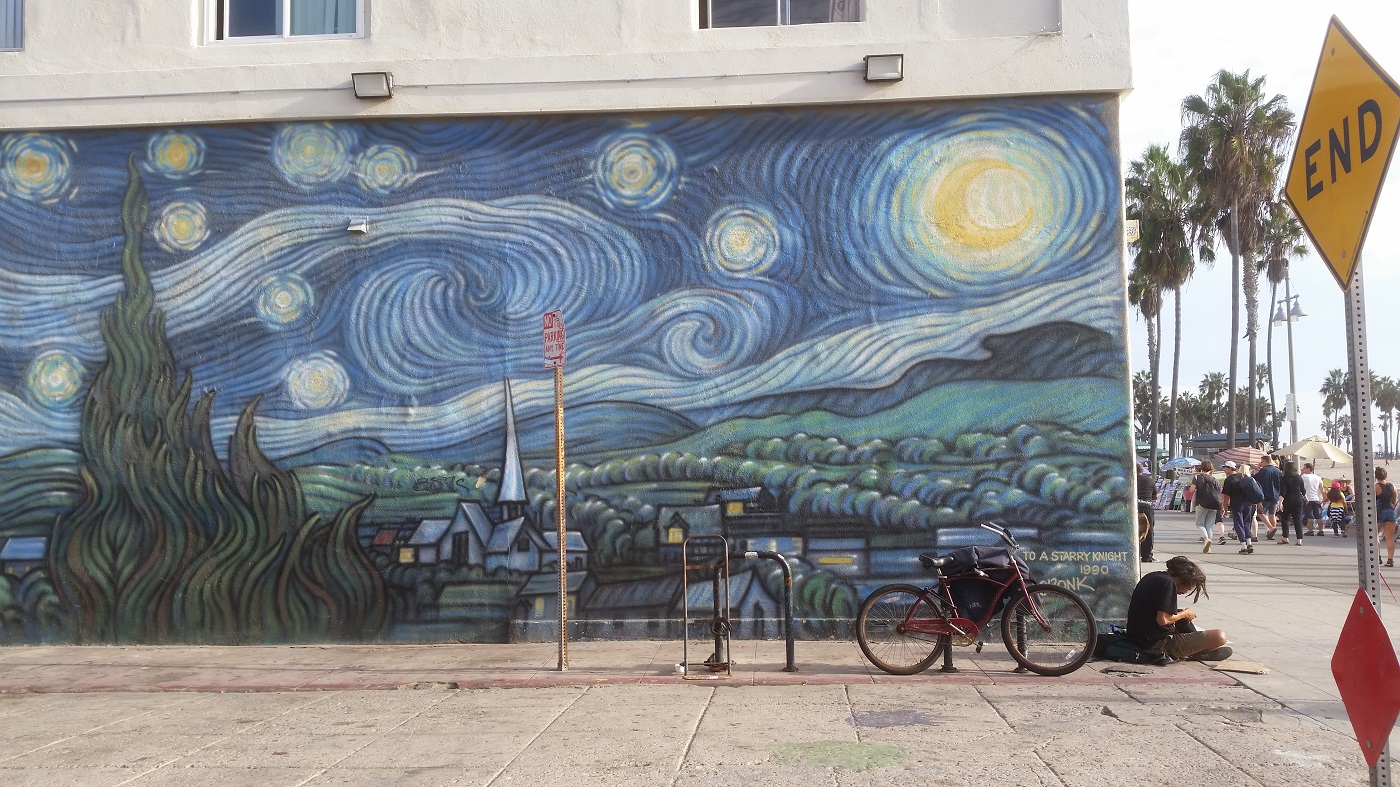 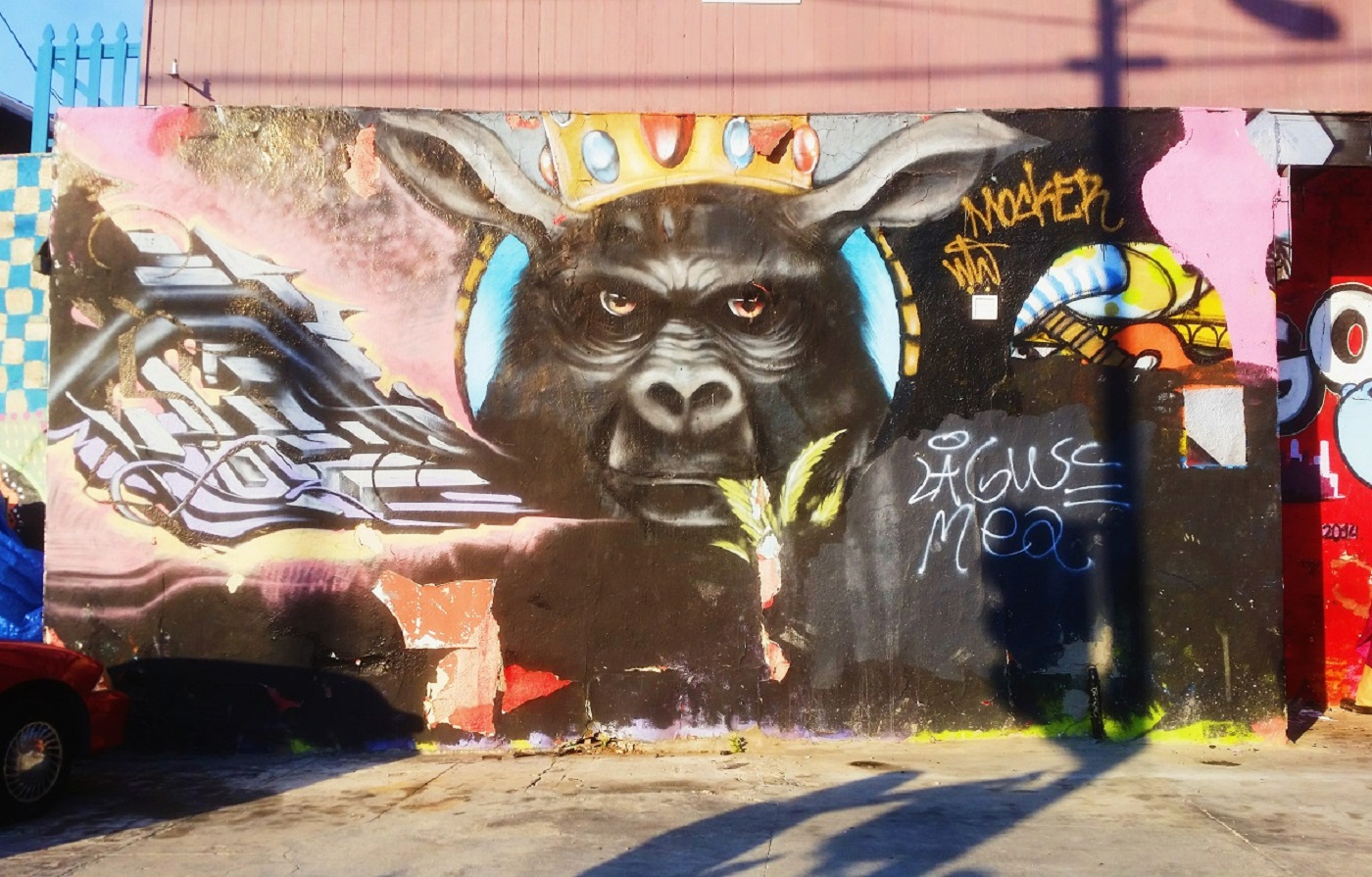 LACMA  is the largest museum in the western United States with 20 acres of wicked art. There are six buildings and two of them are FREE to look around, plus there’s a park to chill in *with giant bronze seals* and tar pits. Unexpected to say the least!

Make sure you visit at night to see “Urban Light” by Chris Burden – a permanent installation outside the museum made of 202 restored lamps. 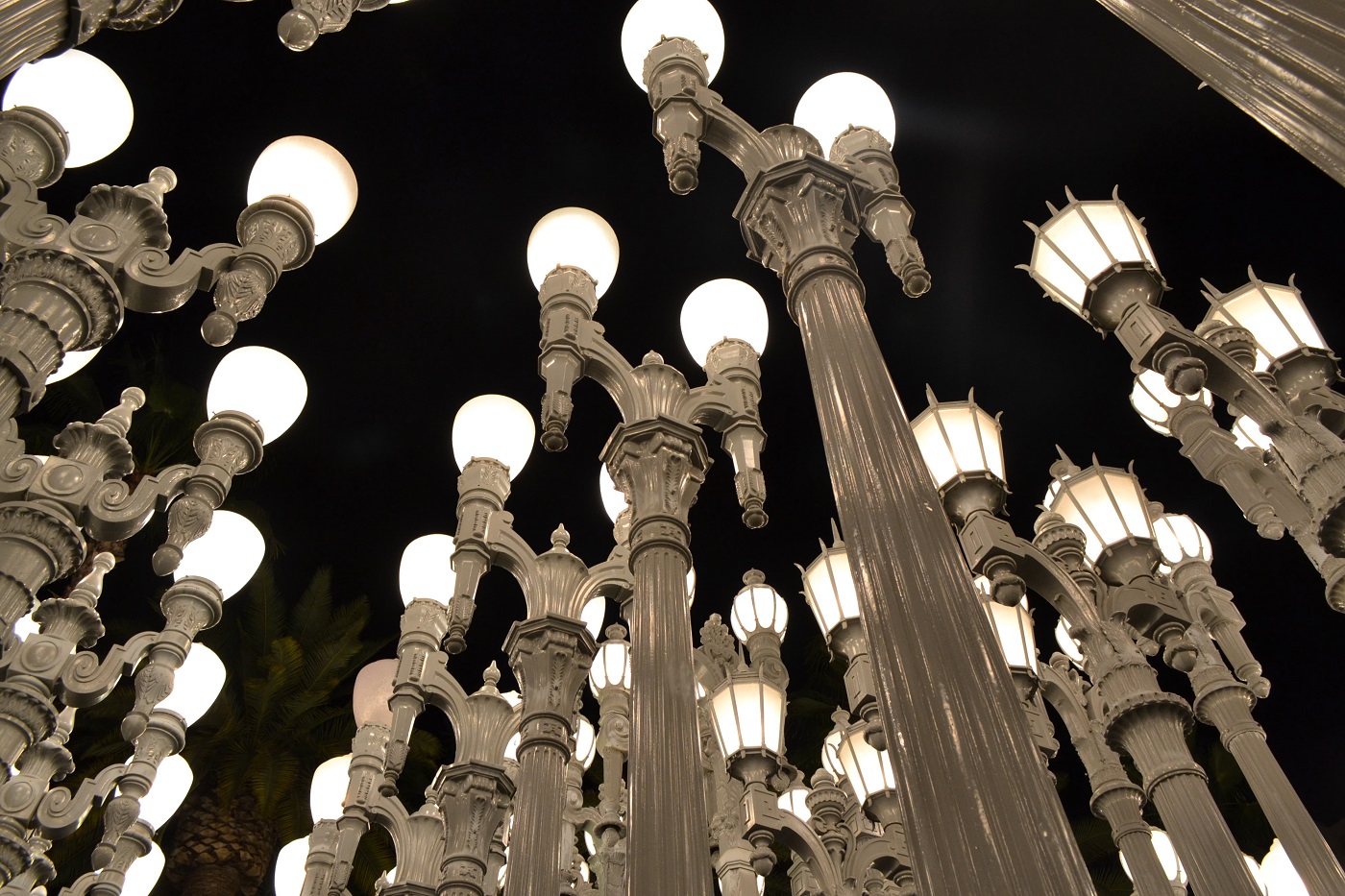 The cultural rebirth of Downtown is putting this city on the map. Start your day in the hipster Arts District with a cold brew coffee and a copy of The Downtowner – your DTLA bible for the hottest places to check out. It’s also home to the *free* Walt Disney Concert Hall and the Grand Park where they have *free* events every week such as Boot Camp and Yoga sessions. Just make sure you don’t take a wrong turn and end up on Skid Row! Or do if you really want to go off the beaten track…. 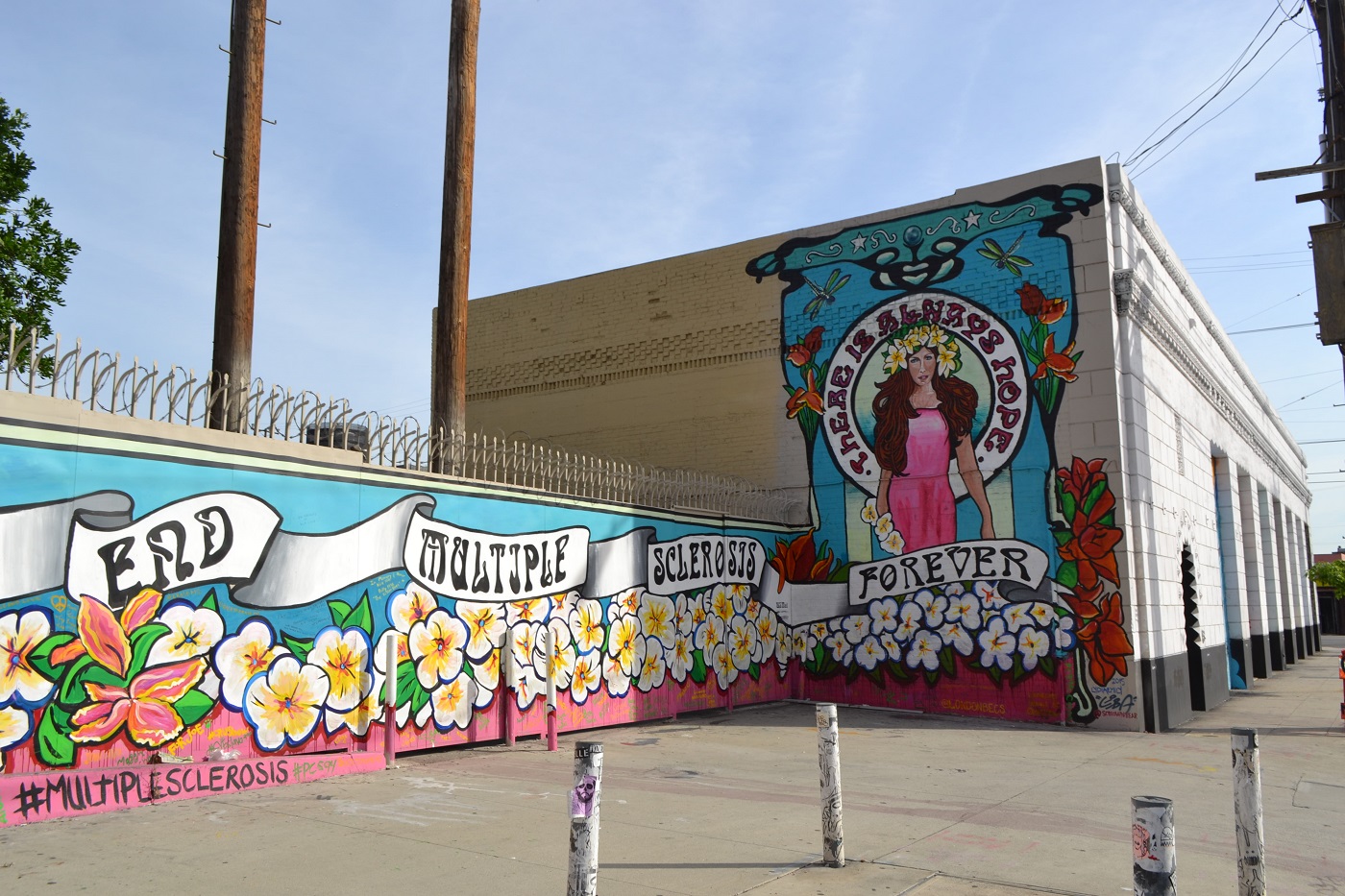 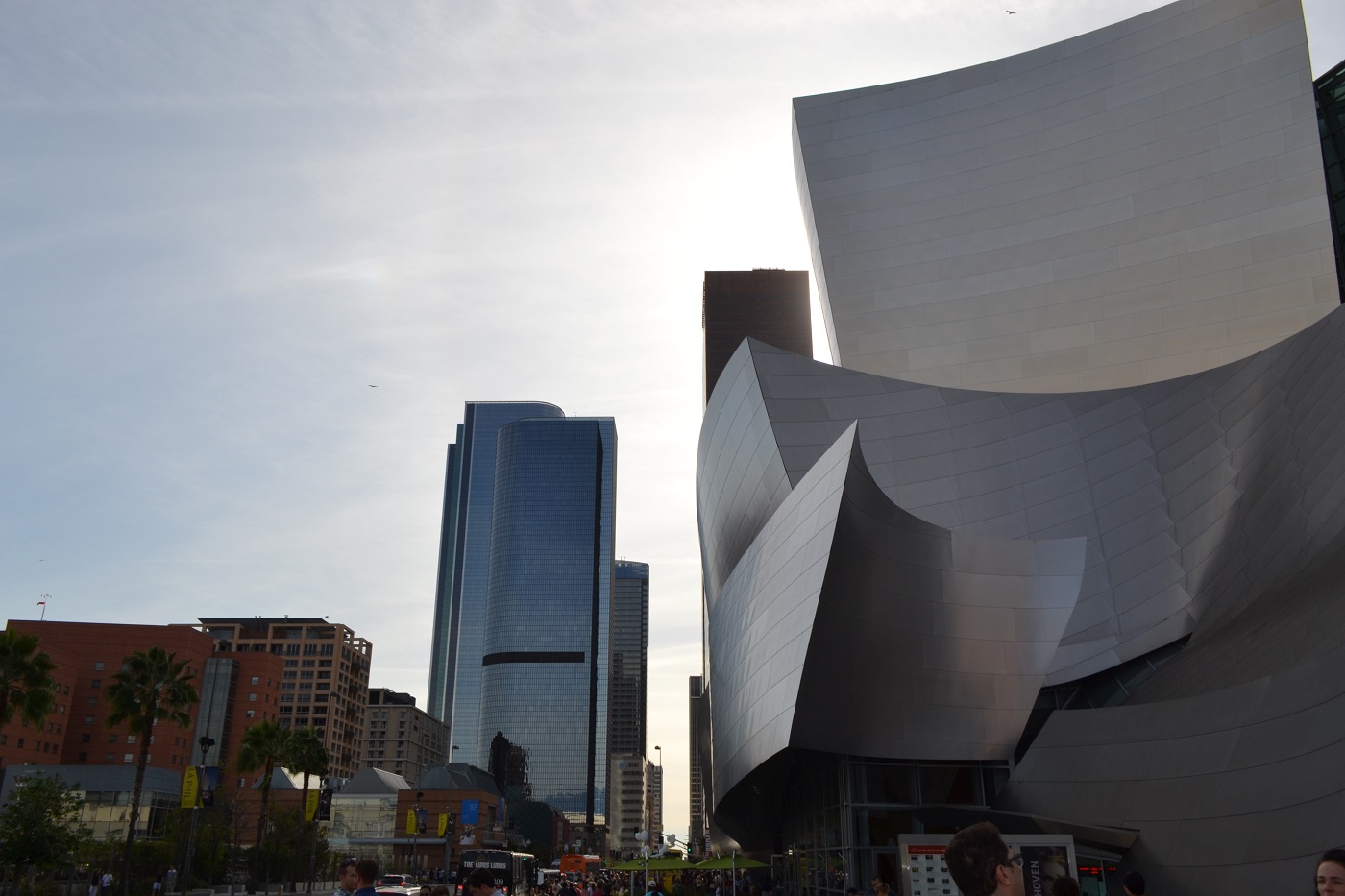 Hungry? Get your asses to Clifton’s Cafeteria. It’s a 4 storey building that was built in 1930’s, recently renovated featuring 3 themed bars and a cafeteria. There’s a unique art deco meets mythical vibe, with forests, lavish chandeliers and a huge tree growing out of the ground. See if you can find the legit comet on top of one of the bars. You read right, those rocks are from OUTER SPACE.

4) A beach is always around the corner

It’s rare that a city has so many genuinely beaut beaches. To escape the inland heat you can jump on a train, bus or cab and BAM! You’re sitting in breezy paradise sipping on a coconut cocktail. Ahhhh, Malibu… 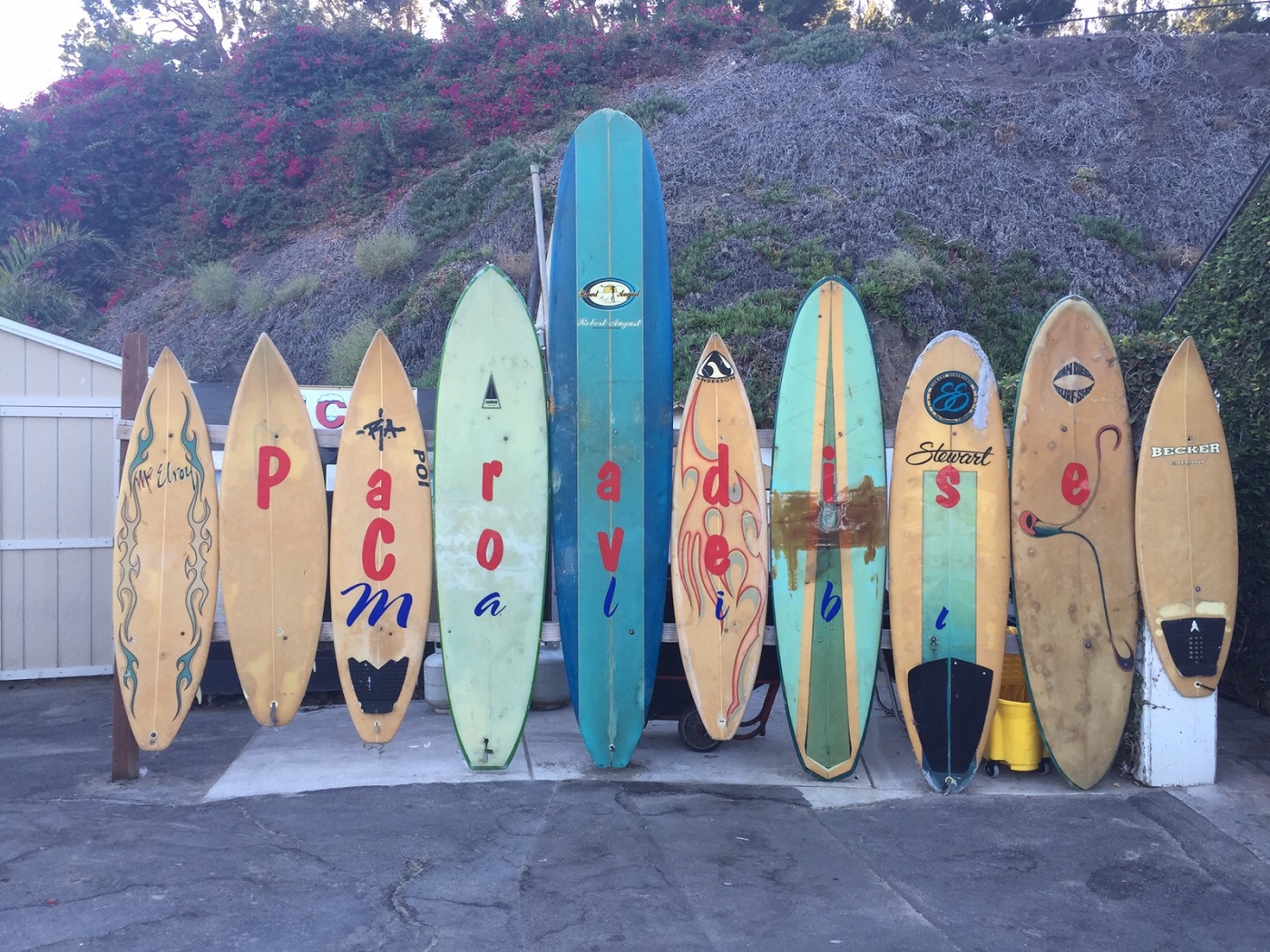 LA may not be the most walkable city ever, but the Metro Expo has just opened a line that goes straight to Venice Beach and Santa Monica. Plus Ubers are cheap and reliable here, and Uber pools let you split the cost with other riders. Tip: Traffic is notoriously hideous so avoid rush hour like the plague! 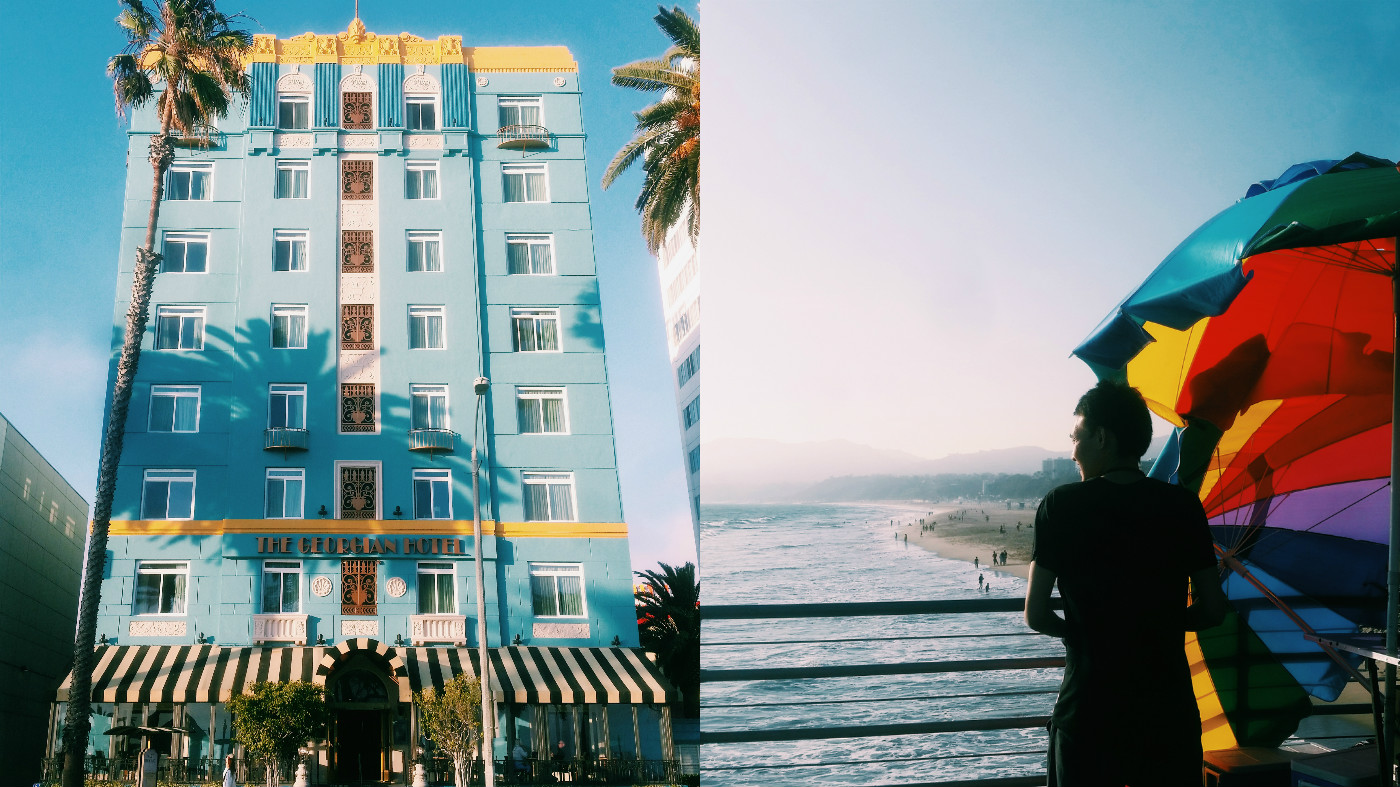 Yes, there are even murals on hostels! Samesun Hostel is right on the Venice Beach and you can watch the sunset roller bladers from your bedroom window. 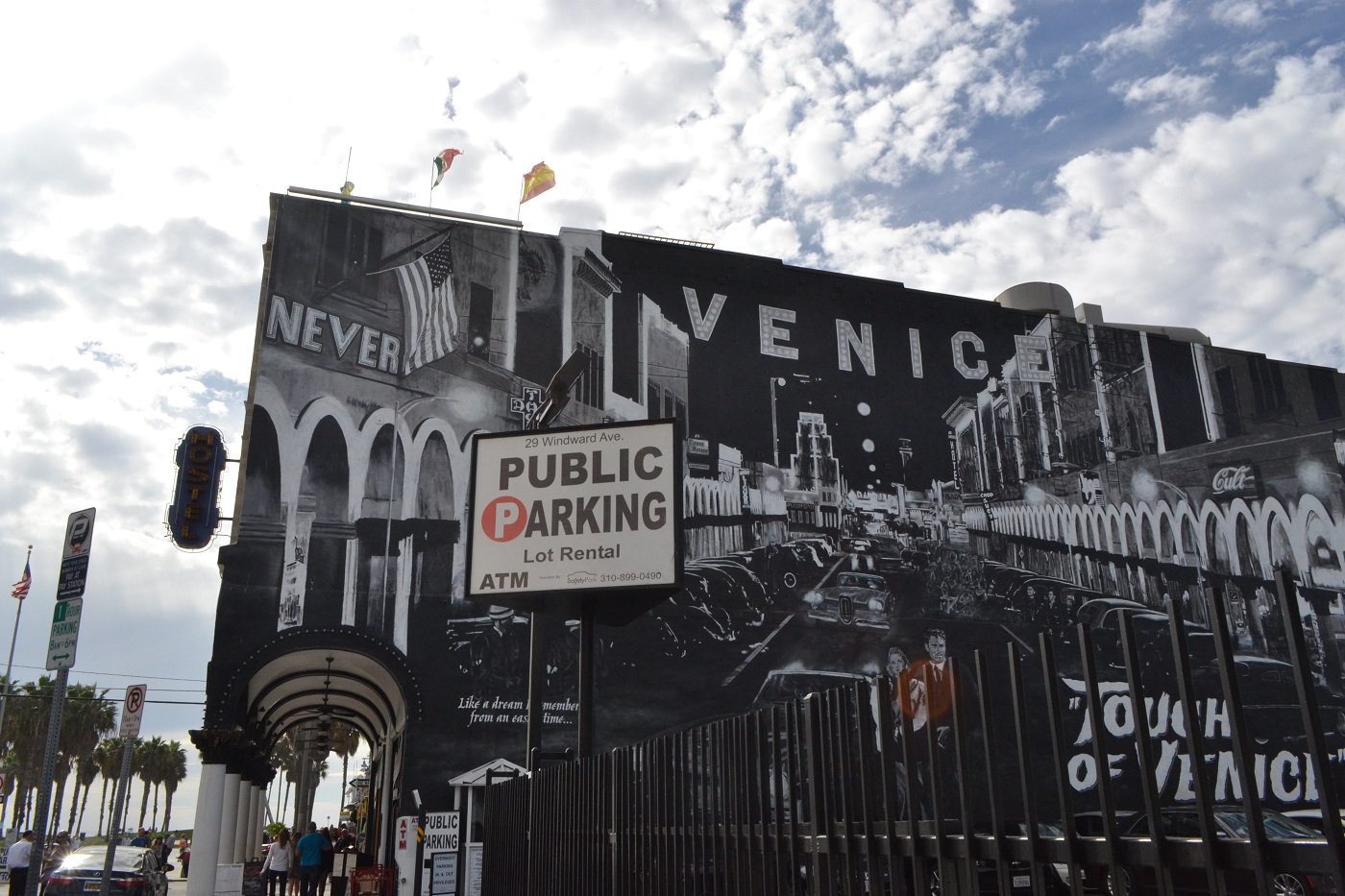 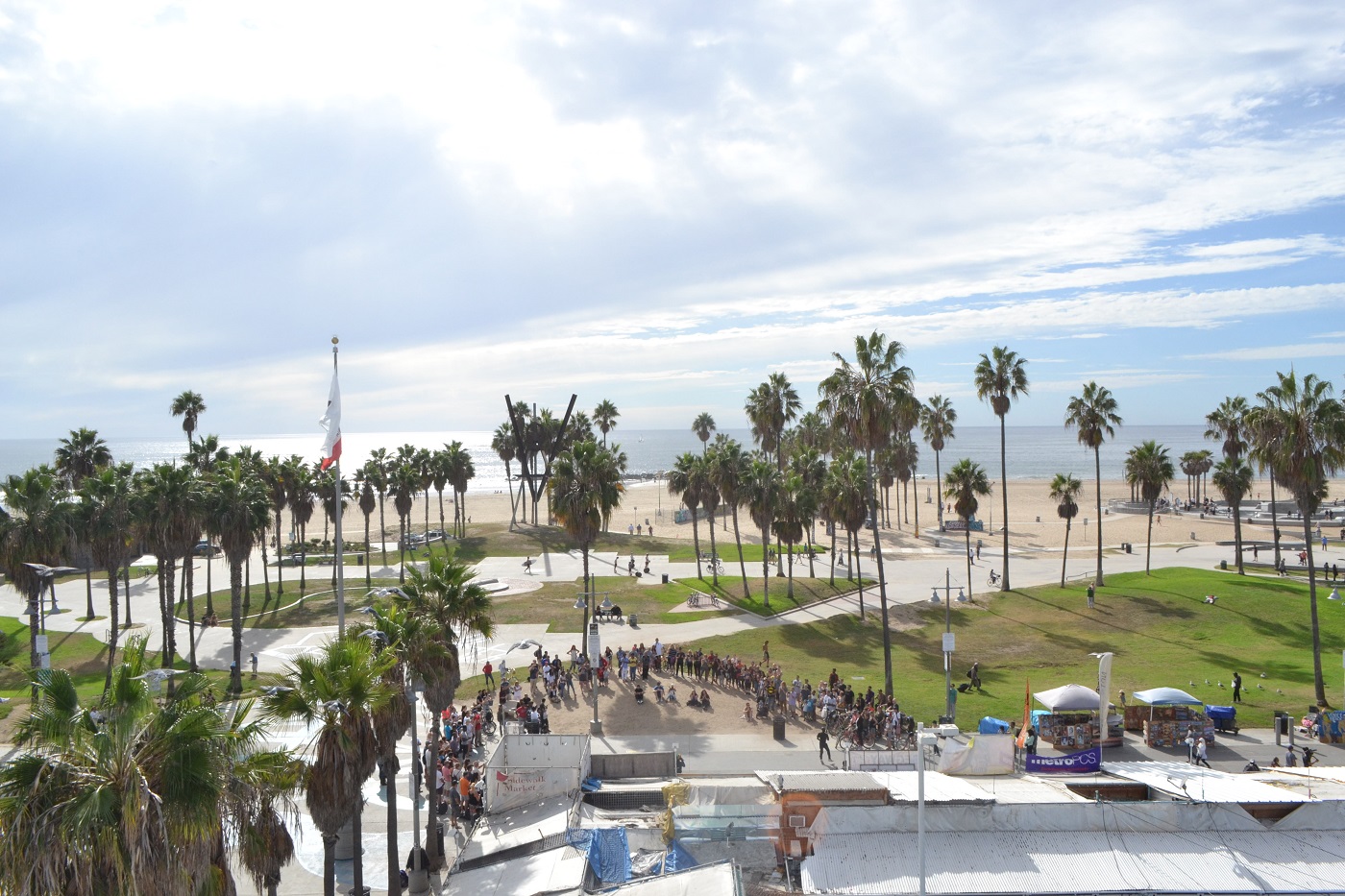 HI Santa Monica is another gem, and if you’re a fan of American retro in Hollywood, Banana Bungalow is for you. This spacious motel-turned-hostel oasis is lined with palm trees with a view of the iconic sign from the courtyard. There’s even a tiki bar and garden where they serve free breakfast every day and free tacos every Wednesday. No wonder travellers end up working here! 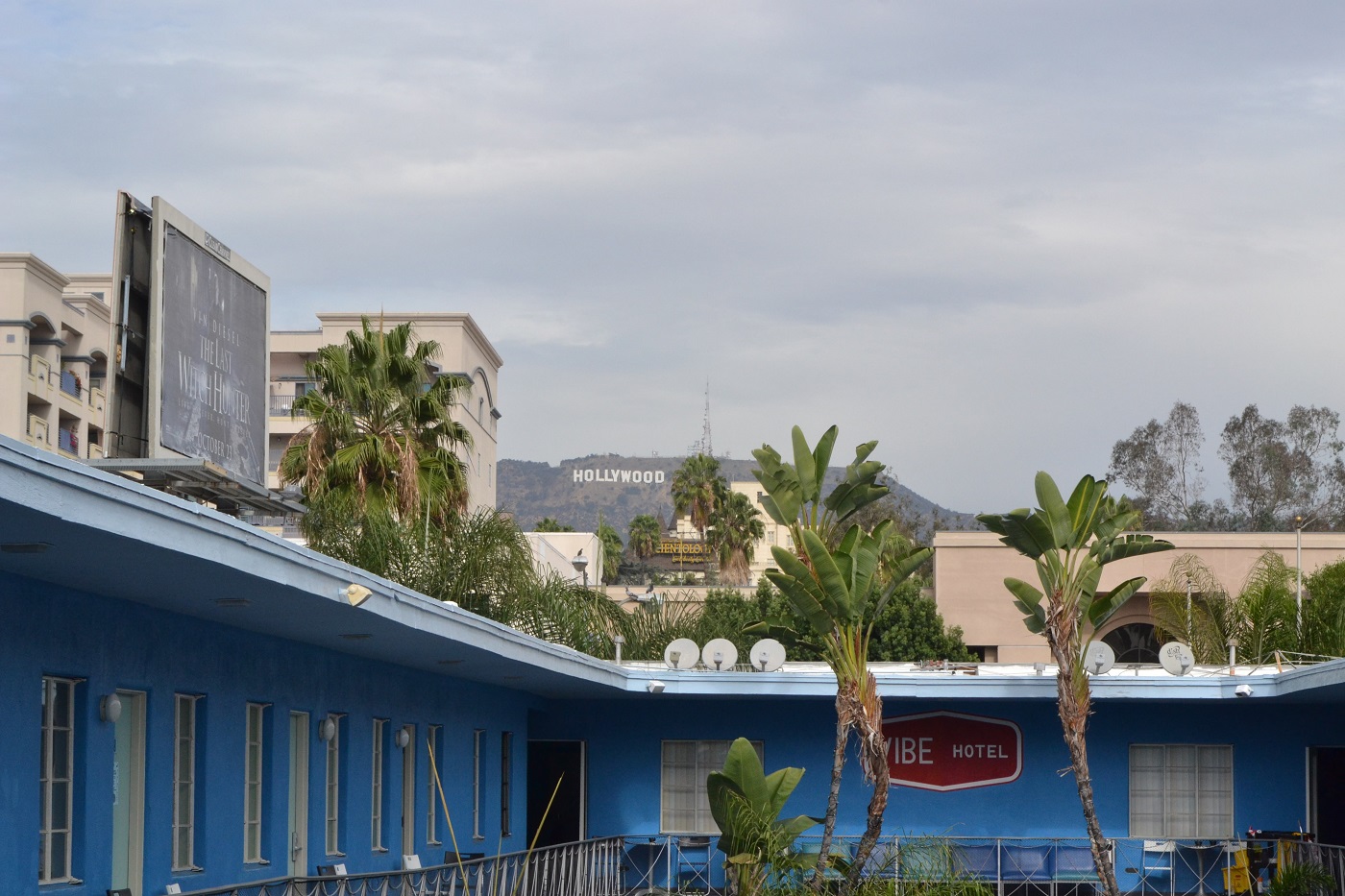 6) The cinemas are legendary

LA is nirvana for film and theatre nerds. Period. I’m a sucker for that faded Hollywood glamour, so walking down Broadway in DTLA is a thrill. The Los Angeles Theatre is a must – the opulent interior is said to have been modelled after the Hall of Mirrors in Versailles. 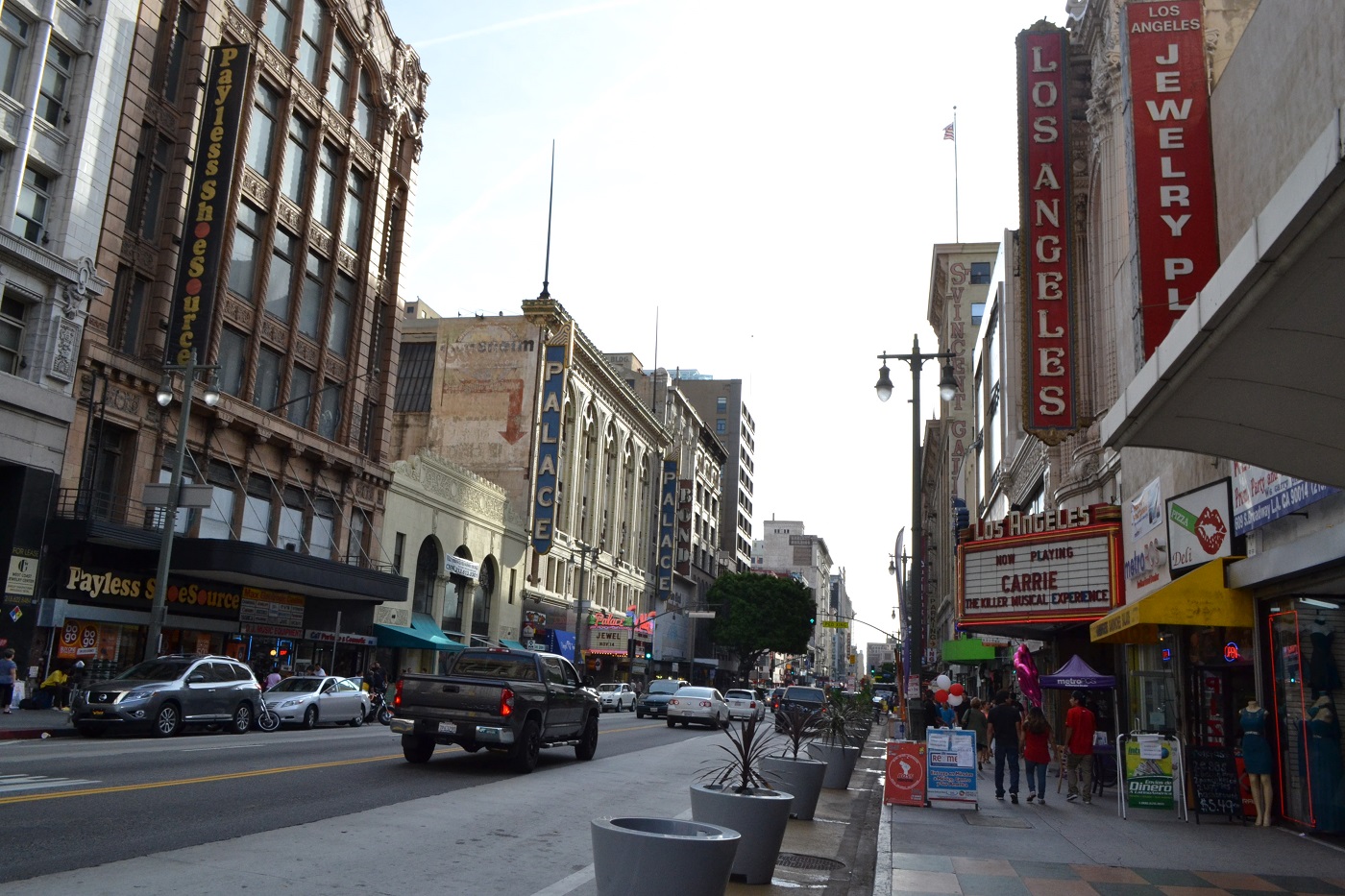 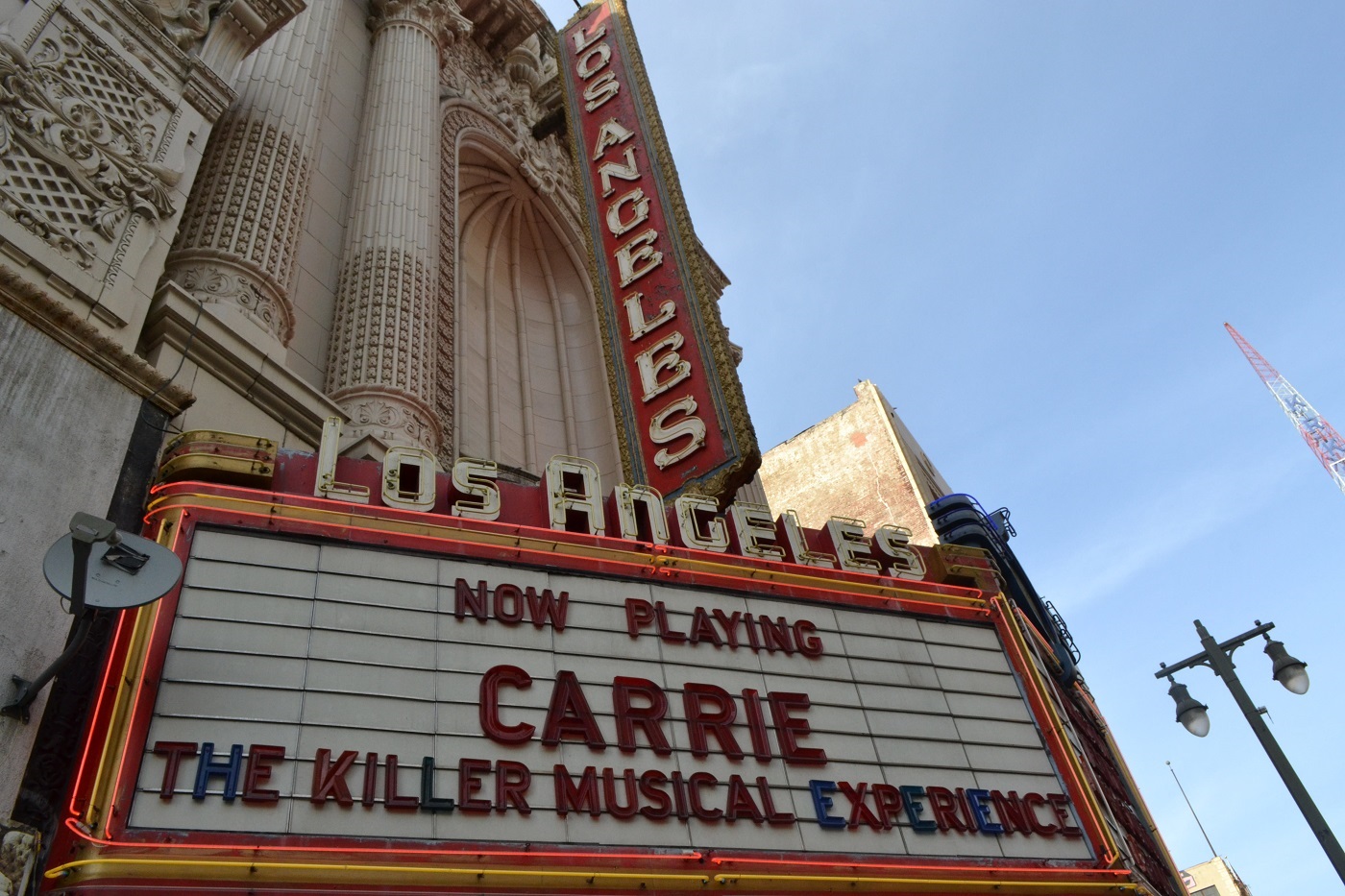 If you’re feeling nostalgic, watch some American classics at The Egyptian Movie Theatre. It was built in 1922 as a major Hollywood Landmark after the Egyptian revival that occurred from the discovery of King Tut’s tomb. So many stars, so many memories.

Tip – LA is home to the stars, so you’ll often get screenings with Q & A’s from the staring actors afterwards at no extra charge.

7) Get your vintage, Flea and Thrift on

People flock here from around the world to purchase treasures from every century. Go large at the mothership of vintage – The Rose Bowl Flea Market  every 2nd Sunday of the month. Otherwise there are vintage shops and weekly flea markets all around town. Melrose Trading Post in West Hollywood is held every Sunday with antique stalls, food, and music – all for just $3 entry! 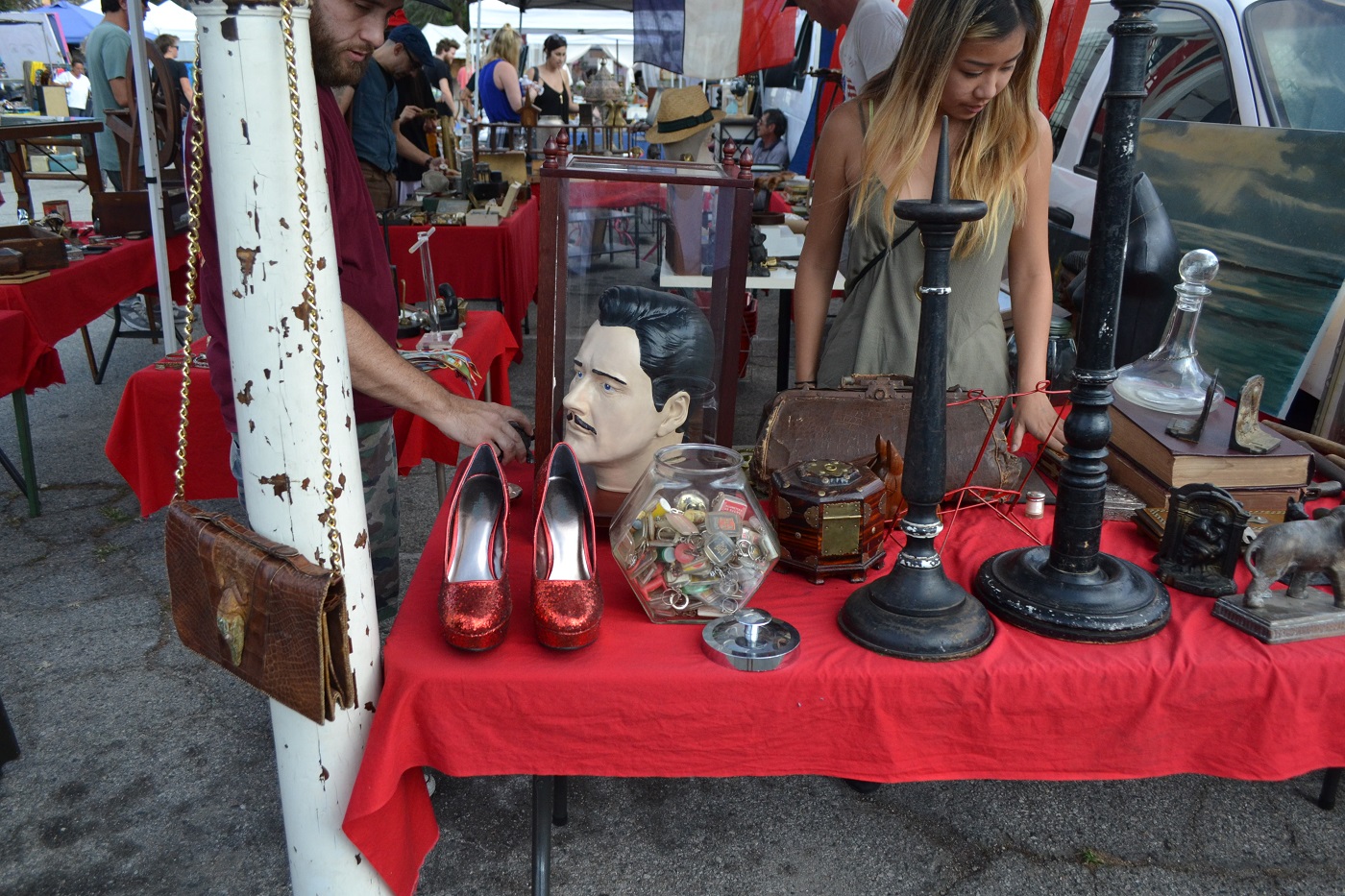 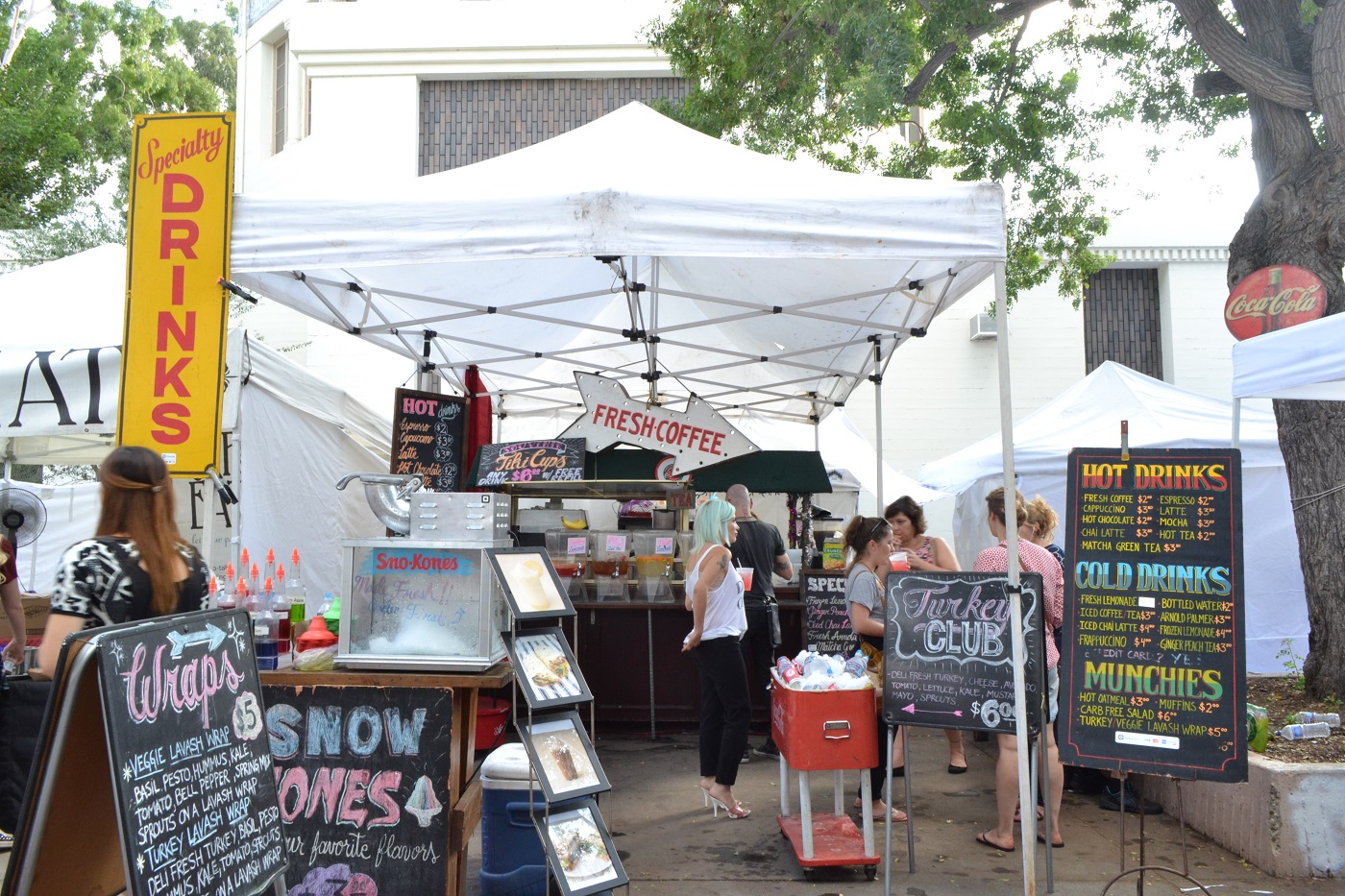 We could tell you Venice Beach aka “Dogtown” is a sight for sore eyes, but you need to experience it for yourselves. Imagine a marijuana scented kingdom with high skaters and slam dunkers, pumping EDM on ghetto blasters and the odd freak show with two headed animals. Trashy but endearing, we must say! 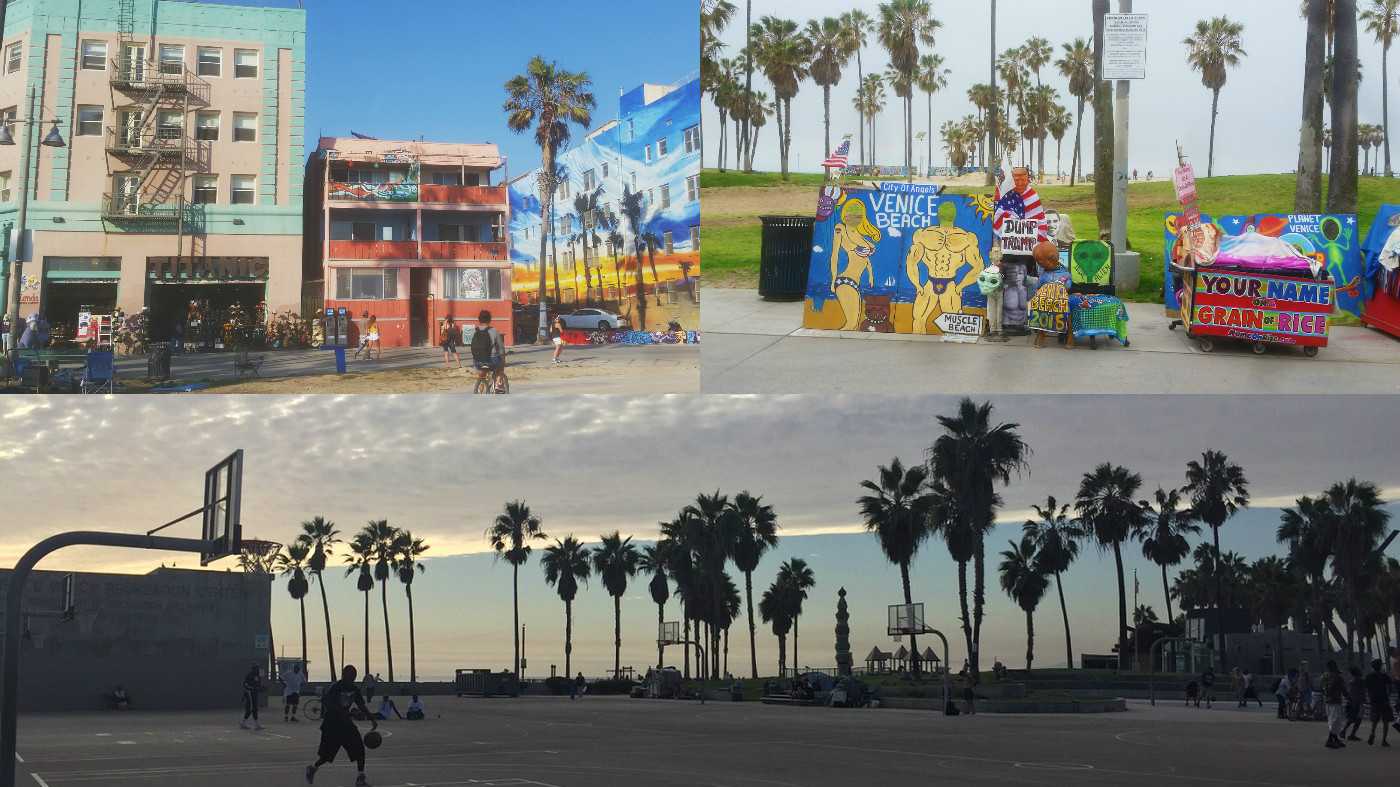 To get a flavour of the liberal, vintage Venice, I recommend exploring the residential backstreets. The real hippies moved here after the Vietnam War in the 70s and there’s a bohemian community vibe. Where else would you be greeted by a swordfish and a fringey mermaid door? 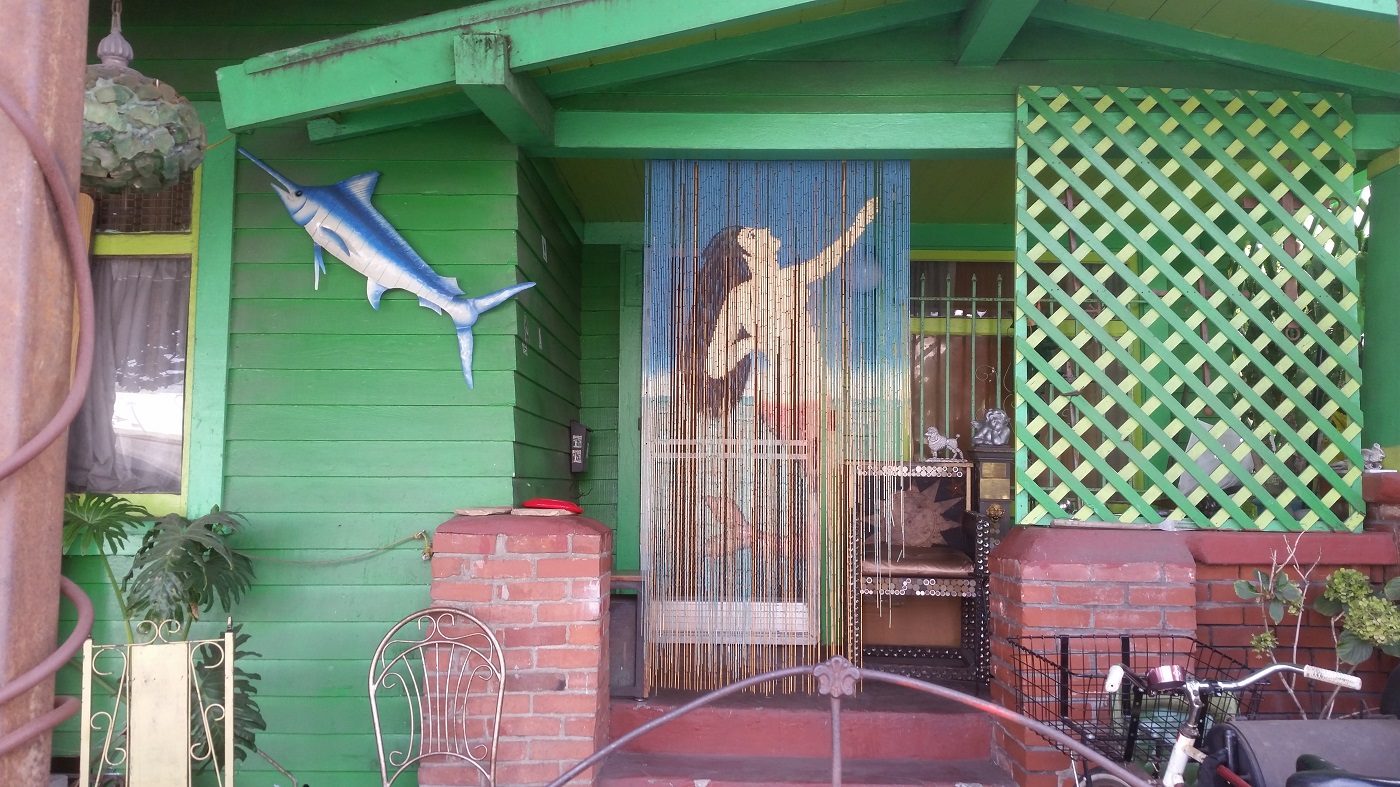 Abbot Kinney Boulevard is a must. Hailed “the coolest block in America”, this is where the pseudo hippies shop, drink their coffee and ride their expensive bikes. Grab a fresh lemonade and people-watch. 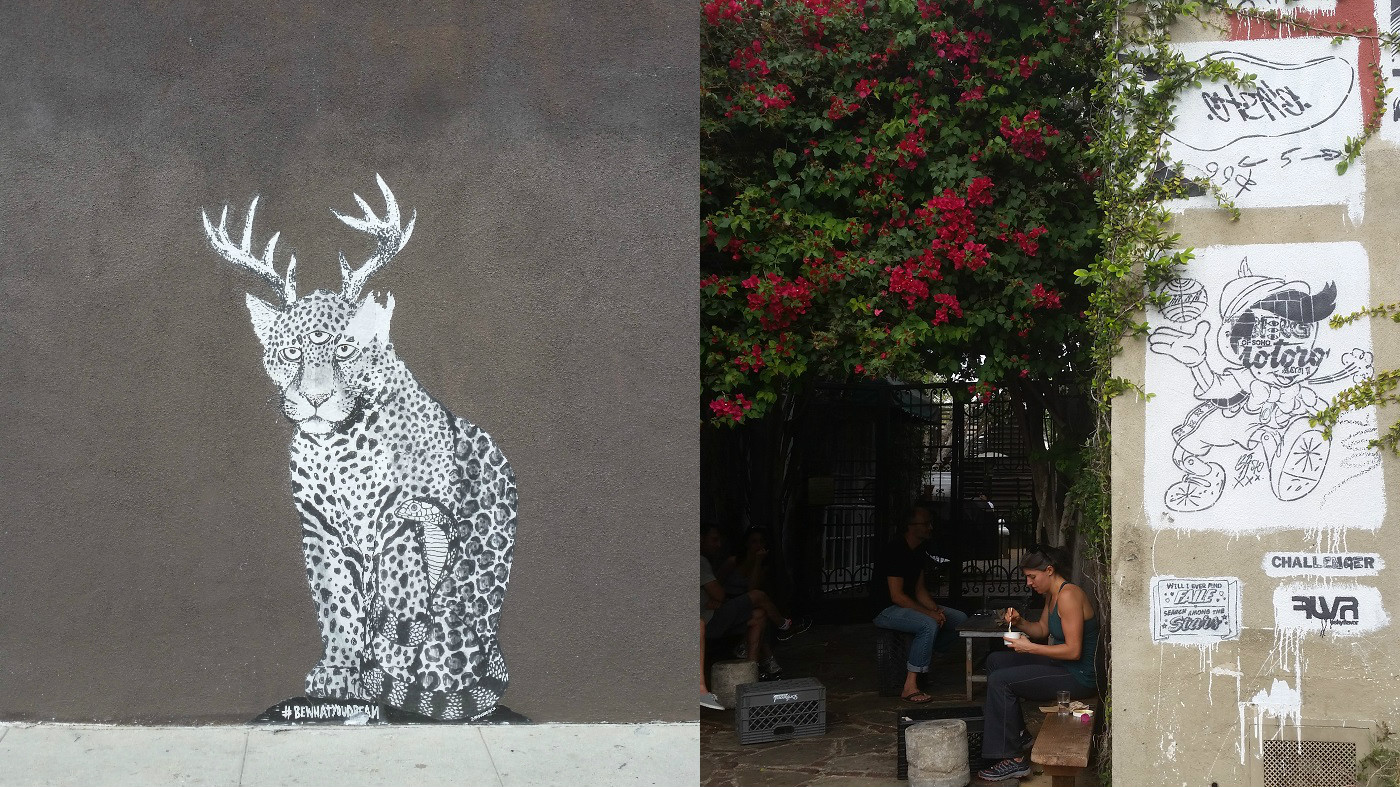 9) Weird is normal, normal is weird

From nerdy burlesque to the shady characters on the metro, this city embraces the delightfully strange. For starters, it’s home to the Church of Scientology Celebrity Centre. They do free tours here where they show you around and try and “convert” you to Scientology. Jokes… 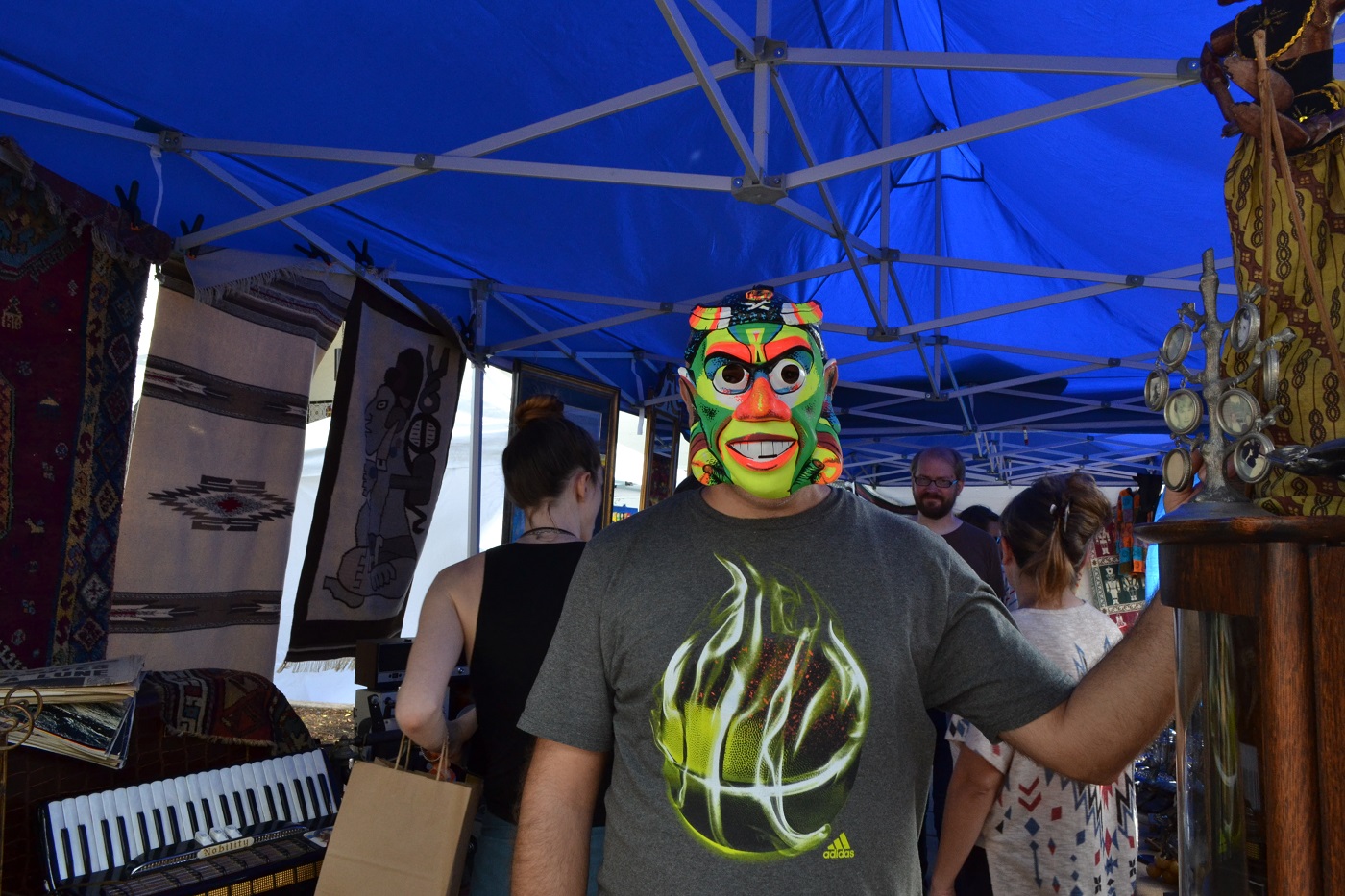 America has the highest number of serial killers in the world and if you have morbid curiosity, we dare you to experience the Museum of Death. The deadpan guy at the ticket desk warned us that people have fainted and vomited from the sights. “Pah! We can handle it” we said.  It’s when we got to the “suicide” room we knew we were in too deep. Let’s just say we didn’t sleep well that night… 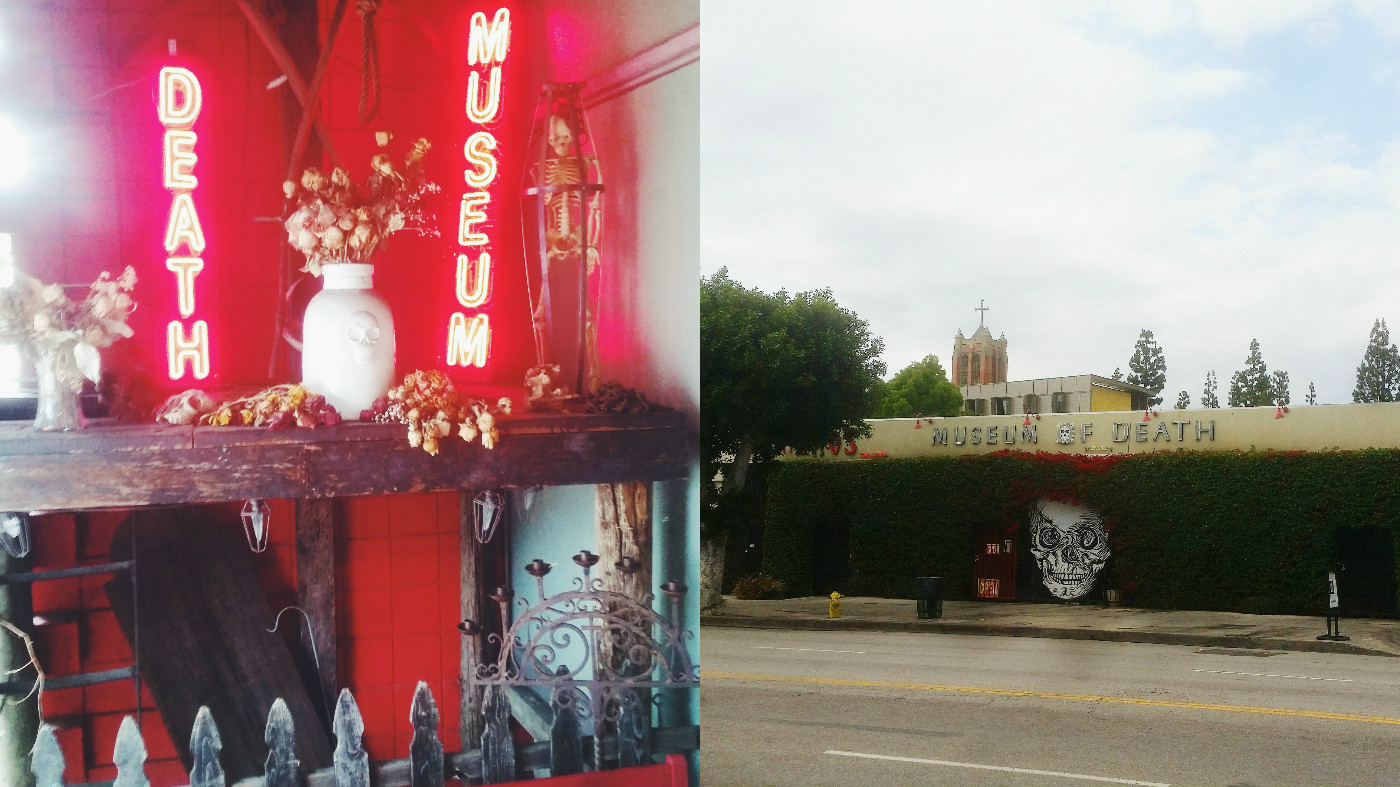 You know that friend who knows everyone? That’s LA. It’s the social butterfly of California, with its friends Mexico, Vegas and San Diego just a few hours’ drive away. If you’ve got time, make a road trip of it and drive along the Pacific Coast Highway from San Fran to Tiji. Good times. 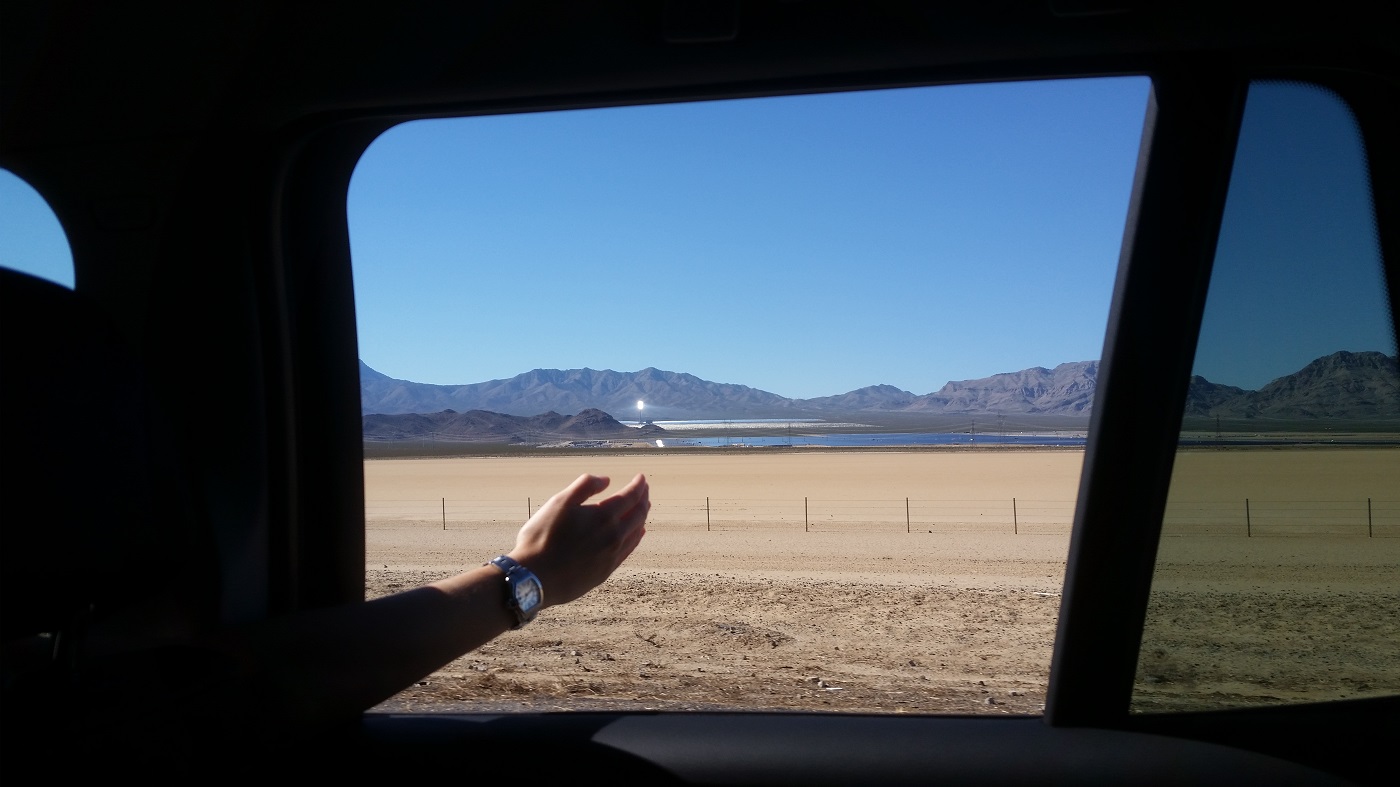 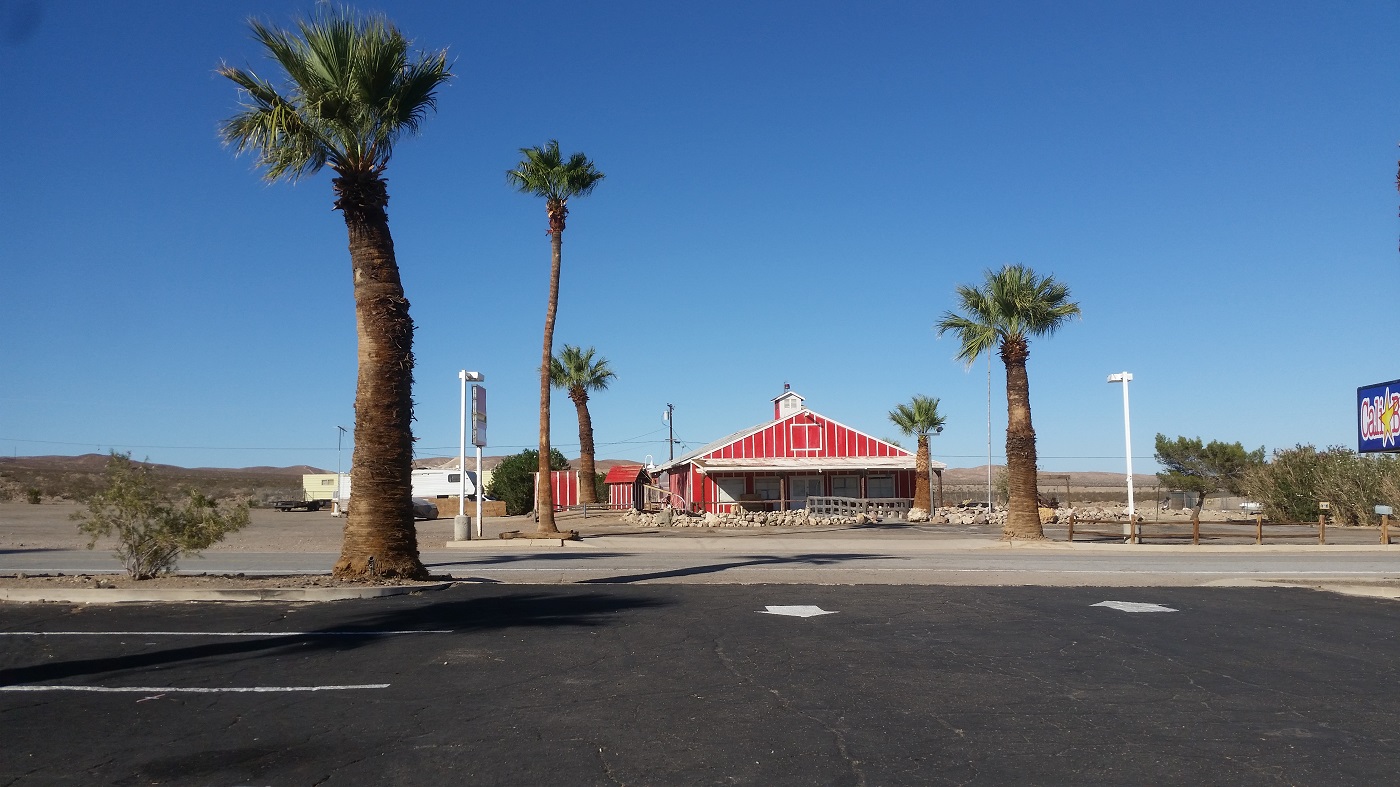 What are you waiting for? Book your California dream here.

2 Responses to “The Weirder The Better: 10 Reasons Why We Love LA”

Czech out the party! The 11 best party hostels in Prague for every wild traveller

Hot Dam! The 10 best party hostels in Amsterdam for every wild traveller

The ultimate guide to backpacking Guatemala

Not today Cupid! The best romantic destinations that aren’t just for couples