PARTY PEOPLE!  So you like to boogie? Then what could be better than combining your love of music with travel. We have scoured the globe to provide you with a list of the very best EDM festivals all around the world. Explore a new country/city and unite with electronic music lovers from all over the globe for one massive party. You’ll experience the best DJ’s, the best production, lighting, stages and atmospheres AND get a holiday out of it! So pack your glow sticks, put on your glittery shorts, get on your dancing shoes and start planning your trip. Here’s a list of what’s happening throughout the year.

Where: Ostend, Belgium
When: July 12 – 14
What Belgium’s biggest beach party
Why: Ostend Beach Festival presents a lineup of 80 top DJs across four stages, bringing you summer vibes and scenic North Sea views of Belgium’s largest coastal city. OBF is up there with the best beach festivals in the world, and when you’re jumping on white sand beaches to the sounds of great dance music, with views of stunning sunsets over the ocean, it’s easy to see why.
Trip tip: After or before partying in Ostend, make sure you check out the beautiful city of Bruges, which is a simple 14 minute train journey away. Where: Neustadt-Glewe, Germany
When: July 10 – 14
What Massive party in a massive German airfield
Why: Airbeat-One Festival has become one of Europe’s biggest and best EDM festivals, with 45,000 people from all over the world gathering to party in an airfield in Northern Germany. Around 150 top acts (including superstars such as Marshmello, Tiesto, Hardwell, Dimitri Vegas & Like Mike, Armin van Buuren and many more) play five incredible stages. Airbeat-One Festival is known for its jaw-dropping stage design and impressive visual production, go check it out if you don’t believe us.
Trip tip: If you’re keen to party before or after the festival, head to nearby Hamburg, which was recently voted as the best night out in the world. Even if you’re all partied out, it’s still well worth exploring. Discover why everyone is so obsessed with Hamburg right now.

Check out our hostels in Hamburg 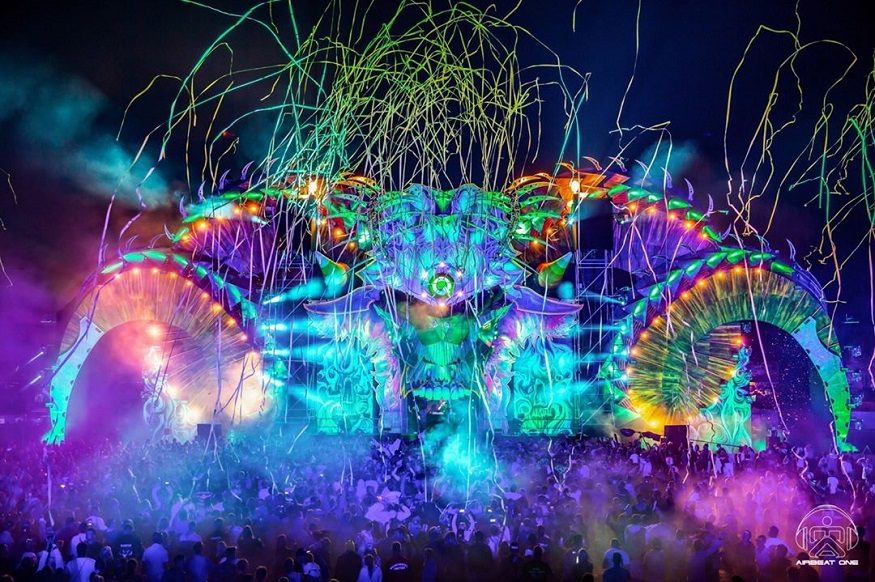 Where: Boom, Belgium
When: July 19 – 28
What: The world-famous dance dream-world
Why: Tomorrowland is one of the biggest and best EDM festivals in the world. More than 400,000 party people from every corner of the globe head to Belgium to watch more than 1,000 acts, where you’ll be spoilt for choice with top DJ’s throughout both weekends (they had to make two to satisfy the huge demand!) Tomorrowland is world-famous not only because of the awesome lineup on offer, but also because of the unique, magical atmosphere, where a dream-like world is created through renowned, creative stage designs. If you’re an EDM fan, this is definitely one for the bucket list!
Trip tip: Boom is in the middle of both Antwerp and Brussels. Both are worth a visit but Brussels has lots of cool things to do and is only 40 minutes away. 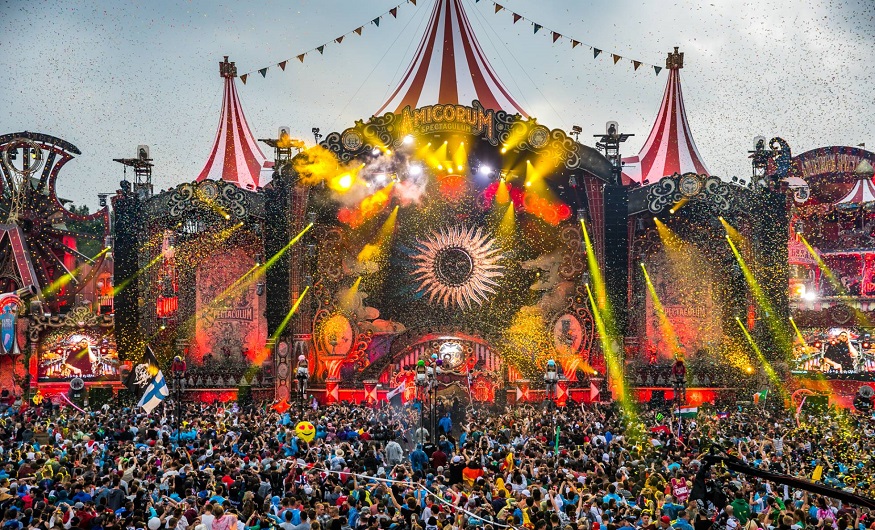 Where: Cluj-Napoca, Romania
When: August 1 – 4
What: A magical Romanian party
Why: Untold festival is Romania’s biggest EDM festival and one of the most famous in Europe. Similar to Tomorrowland, Untold has awesome stage designs based on themes which change each year. You’re guaranteed an amazing atmosphere at the main stage, where 80,000 people party together inside the impressive Cluj-Napoca stadium. As you’d expect, Untold’s line up features the best names in EDM, with a few surprise artists (that you may have heard on the radio) thrown in for good measure!
Trip Tip: The second largest city in Romania, Cluj-Napoca is well worth exploring. The city is the unofficial capital of the Transylvania region and boasts great nightlife and beautiful architecture.

Check out our hostels in Cluj-Napoca

Where: Ledegem, Belgium
When: August 2 – 4
What: A surrealist electronic music festival with a circus setting
Why: Music, sound, light, decoration, food & drinks, camping… Cirque Magique offers top quality at all levels. Expect a fine selection of the best underground electronic music, from floaty house to pounding techno, all EDM tastes are catered for. However, Cirque Magique isn’t just about DJ’s… Like the name suggests, you’ll be wowed by big top tents, circus performers and fairground rides.
Trip tip: Hop on a train for just 1 hour and you’ll be in beautiful Bruges. 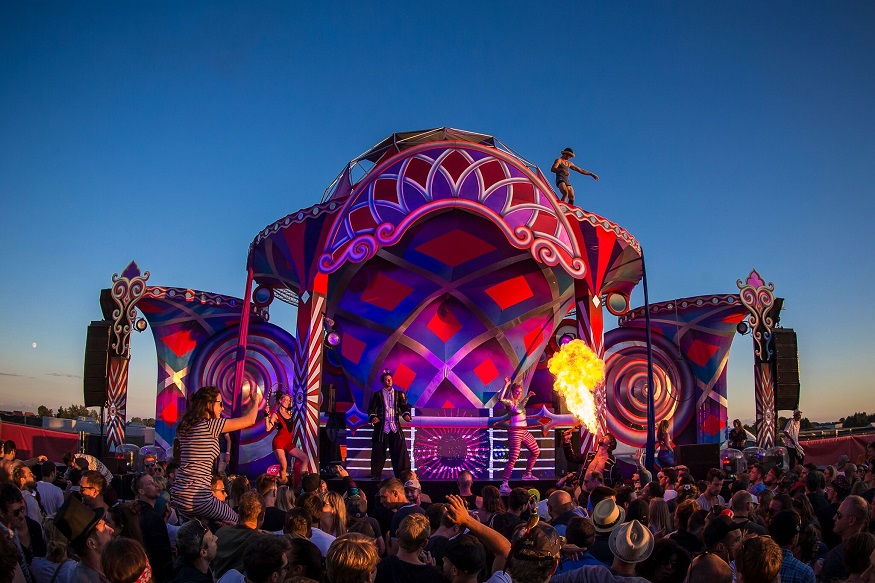 Where: London, UK
When: August 3
What:  A one-day festival honouring a wide variety of house music
Why: 51st State Festival celebrates the roots of House music pulling together the threads of this hugely influential sound, exploring classic house, garage, disco, soul, dub, dancehall and more. Led by pioneers from Chicago, New York and beyond, the 51st State Festival programme is truly transatlantic, joining the dots between the US, the UK and the Caribbean.
Trip tip: There’s so much to do in London, even if you’ve blown your budget on beverages and snacks at the festival, you can always check out these free things to do in London.

Check out our hostels in London 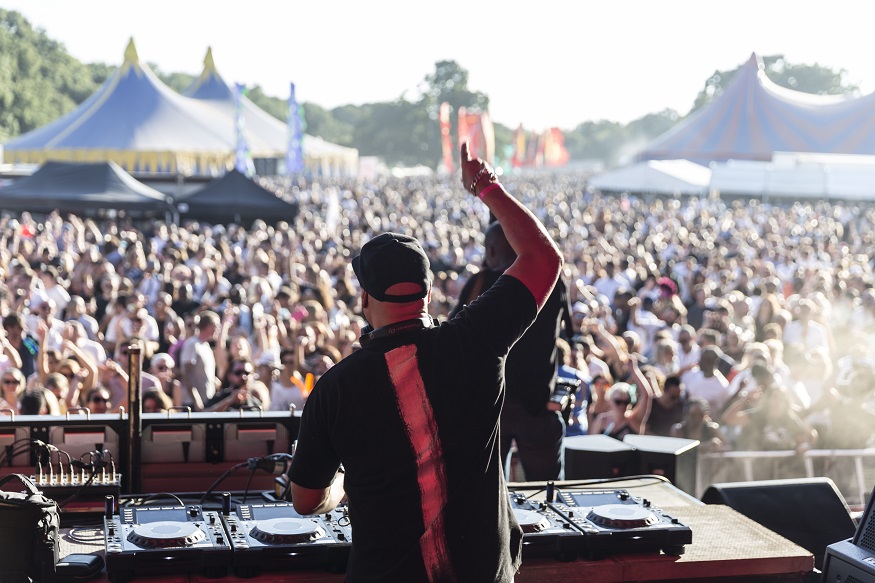 Where: Daresbury
When: August 22-25
What: UK’s biggest EDM festival
Why: Creamfields describe itself as the ‘the world’s leading dance music festival‘ featuring an ‘unbeatable line up’ and to be honest, if you love EDM, it’s hard to disagree. Grab your sleeping bag and tent for this outdoor event in the beautiful Cheshire countryside, which attracts 70,000 party people from across the globe. If you want to see the biggest and best names in EDM, this is the number one place for it in the UK.
Trip tips: Daresbury is close to both Liverpool and Manchester, both awesome cities packed full of things to see and do. Once you’ve ticked off the usual must-do’s, make sure check out the best things to do in Manchester according to a local. There’s some hidden gems.

Check out our hostels in Manchester 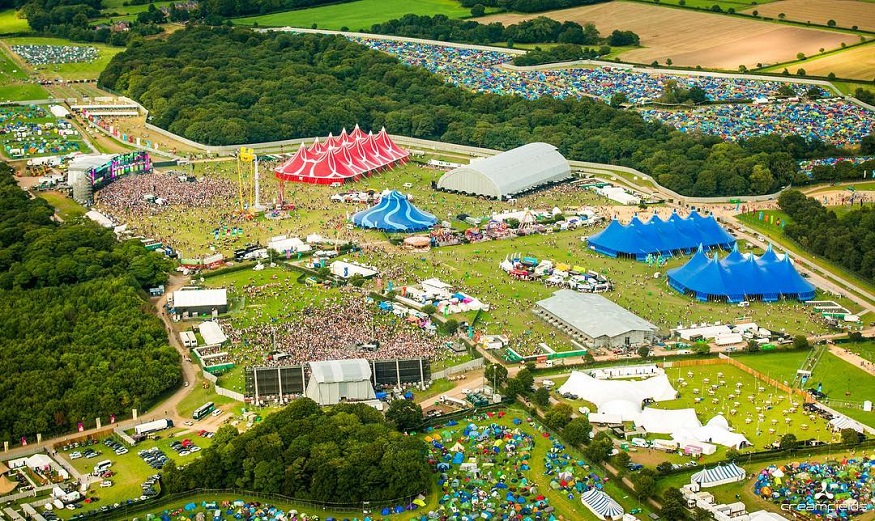 Where: Haarlemmermeer, Netherlands
When: August 23 – 26
What: Apparently “the longest running EDM festival in the word”
Why: Mysterland is the leading EDM festival in The Netherlands.  More than 100,00 head to Haarlemmermeer (near Amsterdam) and party in the beautiful surroundings of  forests, hills, ponds and  rivers. Mysterland has a top line up, with over 300 artists across 17 stages, covering all genres of electronic music.
Trip Tips: Mysterland is so close to Amsterdam, you’d be mad not to visit. Don’t worry if you’re low on funds, here’s 15 things to do for free in Amsterdam, sorted!

Check out our hostels in Amsterdam

9. Abode in the park

Where: London, UK
When: September 22
What: The affordable curtain call of the EDM season
Why: Head to North London’s Finsbury Park for Abode in the Park, the curtain call of the EDM festival season. Nine unique stages play host to an array of big name DJ’s, with a selection of underground names who are set to become the future stars of the electronic scene. Super-sized and super-charged for 2018, ABODE don’t do things by halves… Expect a party in the park that will keep you bouncing and smiling all day long!
Tip trip: You don’t have to stay in London after the party is over… There’s plenty of awesome places you can reach within 3 hours from London for an awesome day trip.

Check out our hostels in London 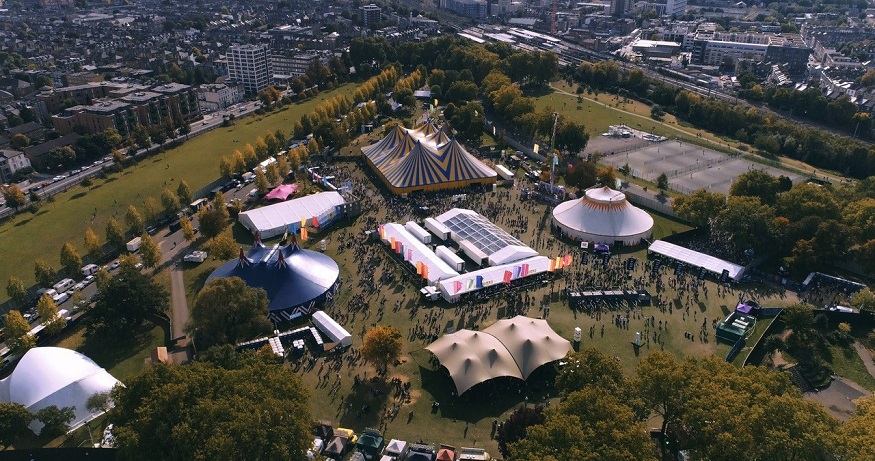 Where: Miami, USA
When: March 27 – 29
What: The kick starter to the EDM season
Why: Ultra Music Festival is the big, bad, kick starter for the festival season. This is the festival that gets EDM fans mega excited, as many artists debut their brand new music, which will become the big tunes of the summer. Ultra guests are spoilt for choice with 8 stages and all the very top DJ’s from all over the world.
Trip tip: South beach is ridiculously cool, but make sure you check out some of the other awesome things to do in Miami

Check out our hostels in Miami

Where: Las Vegas, USA
When: May 15 – 17
What: Oversized playground in Vegas
Why:“Dance, dream, and have the time of your life” at Electric Daisy Carnival, commonly known as EDC. Expect an oversized playground featuring fairground rides, amazing light shows,  pyrotechnics, performers, art and of course, the worlds best DJ’s. There are 8 amazing stagess, each uniquely created to ignite the senses and inspire the imagination. EDC, like Vegas itself, has a BIG reputation, and it doesn’t disappoint.
Trip Tip: Sin City has a rep for sending home visitors with far less than they came with, so make the most of these free things to do for the no-traditional Vegas tourist

Check out our hostels in Vegas 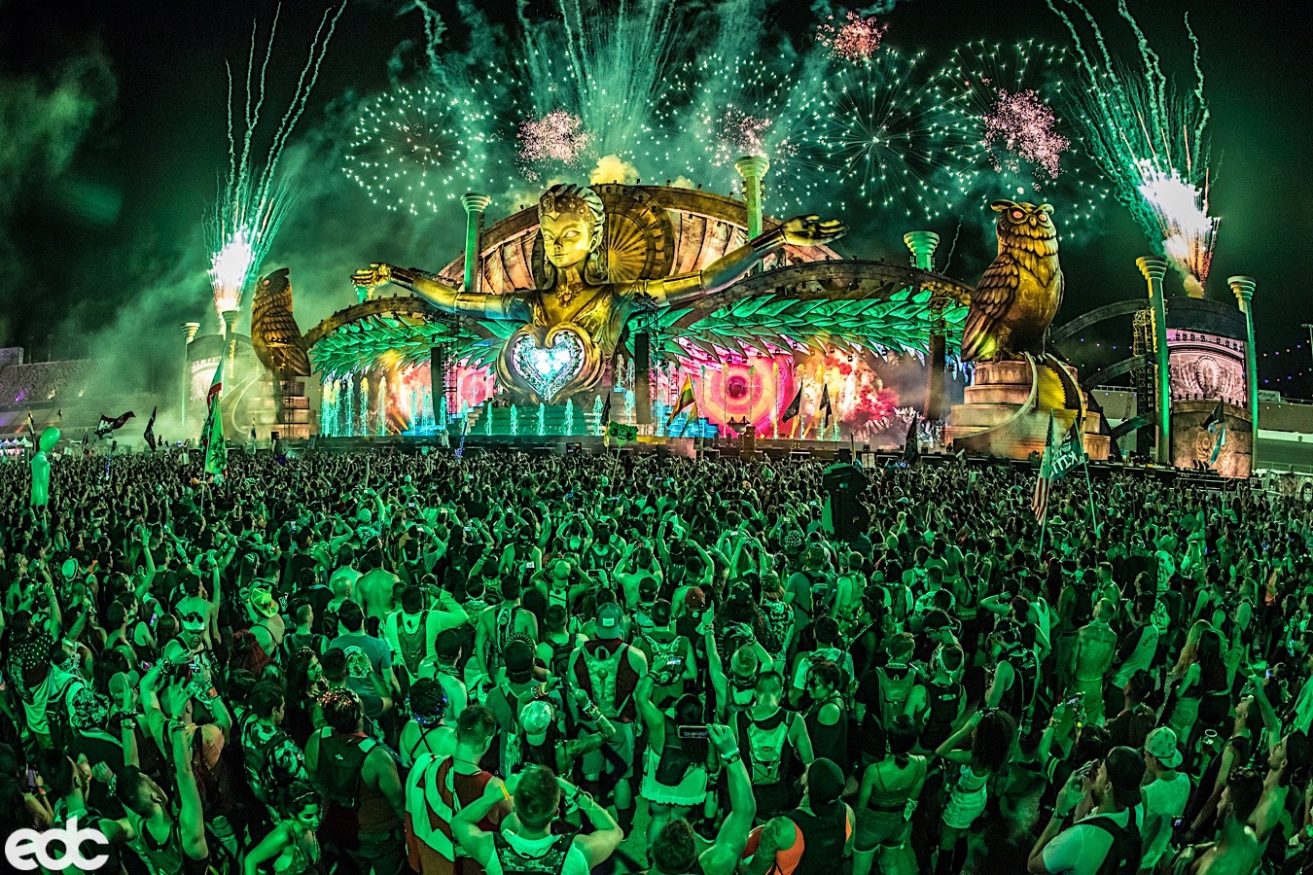 So, which one do you plan to experience next?

Want something a bit out of the ordinary? You may also like 25 Best music festivals you’ve never heard of.