Moin, moin! You’ve surely been hearing about Hamburg lately, as the city is not only home to the best nightlife in the world but also one of the top cities to both visit and live. But Hamburg didn’t just pop out of nowhere; in fact, many people in Germany (myself included) think of Hamburg as the country’s capital of cool—even more so than Berlin. It’s a city with many faces that offers a unique experience for everybody—whether you’re looking for the punk, the chic, or (as locals say) the “typisch Hamburch.” Until recently, it’s often been overlooked by foreign travellers but is quickly becoming the hottest destination in Germany. So if you’re asking yourself “why visit Hamburg”, let me give you some clues. 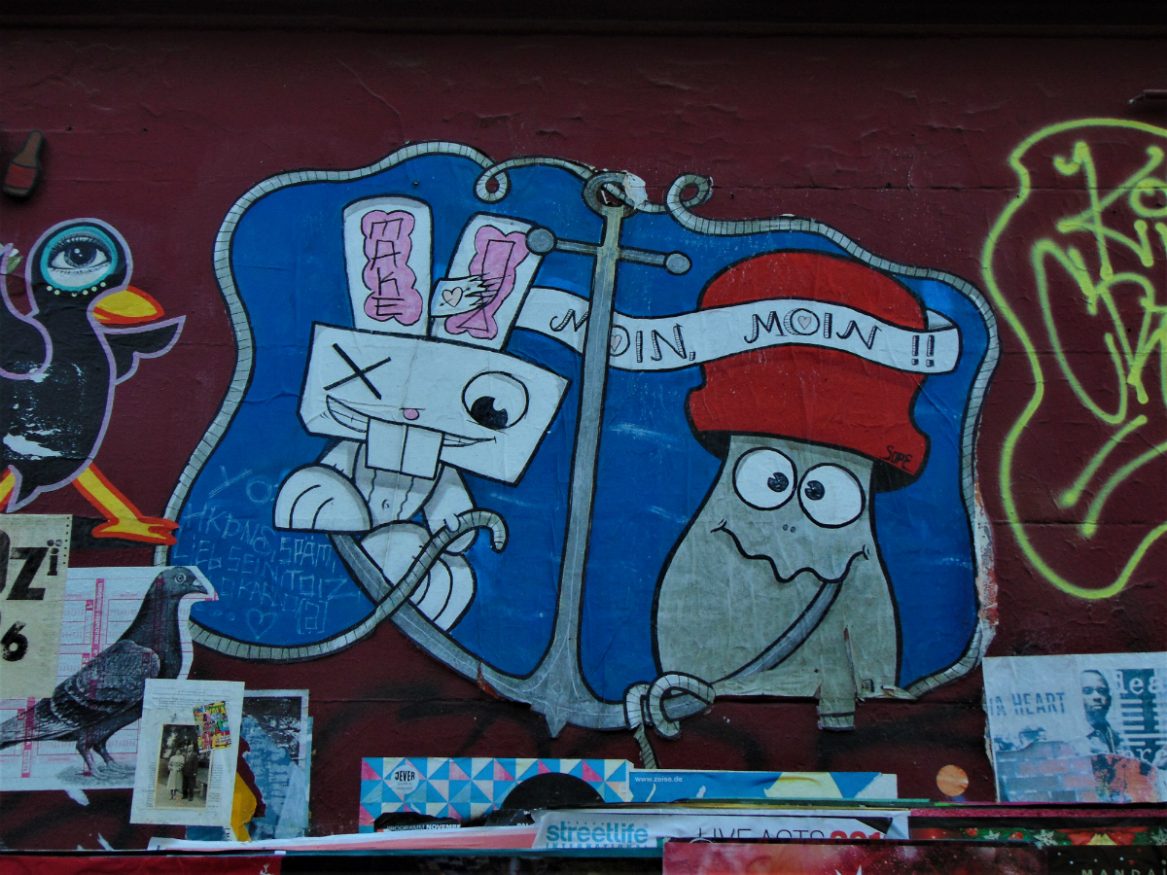 Hamburg is home to the best nightlife in the world

Its reputation is now known all over the world: Hamburg has the best nightlife in the world. Whether you’re after a drink or two or a wild night out, Hamburg will not disappoint. I recommend trying the Sternschanze quarter for the former and the St. Pauli district for the latter—luckily for you, both areas are literally right next to each other! Sternschanze (most commonly simply referred to as “Schanze”) is home to several bars; the crowd here is a bit more local and the atmosphere rather bohemian. The best area to go for dinner and drinks here is at the crossing of Schulterblatt and Susannen St., right by the Rote Flora—Germany’s most famous squat. By the way, Schanze is also the best location in town for speciality coffee and craft beer, plus it houses the renowned microbrewery Ratsherrn. Don’t be surprised to find more people enjoying a beer on the sidewalk on a warm summers evening than in a club; this is known here as “Cornern” (literally means cornering) and is especially popular in the Sternschanze area.

St. Pauli is the center of Hamburg’s bustling nightlife. This all goes way back, as St. Pauli used to be frequented by sailors on leave. The neighbourhood is home to the Reeperbahn, which is also known as Deutschland’s sündigste Meile (“Germany’s most sinful mile”) and is, together with the Große Freiheit, the core of the city’s Red Light District. If you’re looking for bars and more alternative clubs in St. Pauli, head over to Hamburger Berg (a street just off of the Reeperbahn). Even better, wander off the main streets to find some very cool and less crowded spots! A good place to kick off the evening is Kosmos St. Liederlich, a bar that hosts a weekly international meetup every Monday. Up for something a little bit more edgy? Uebel und Gefährlich, the city’s most famous club, is housed in a towering World War Two bunker and is popular with the more alternative crowd. 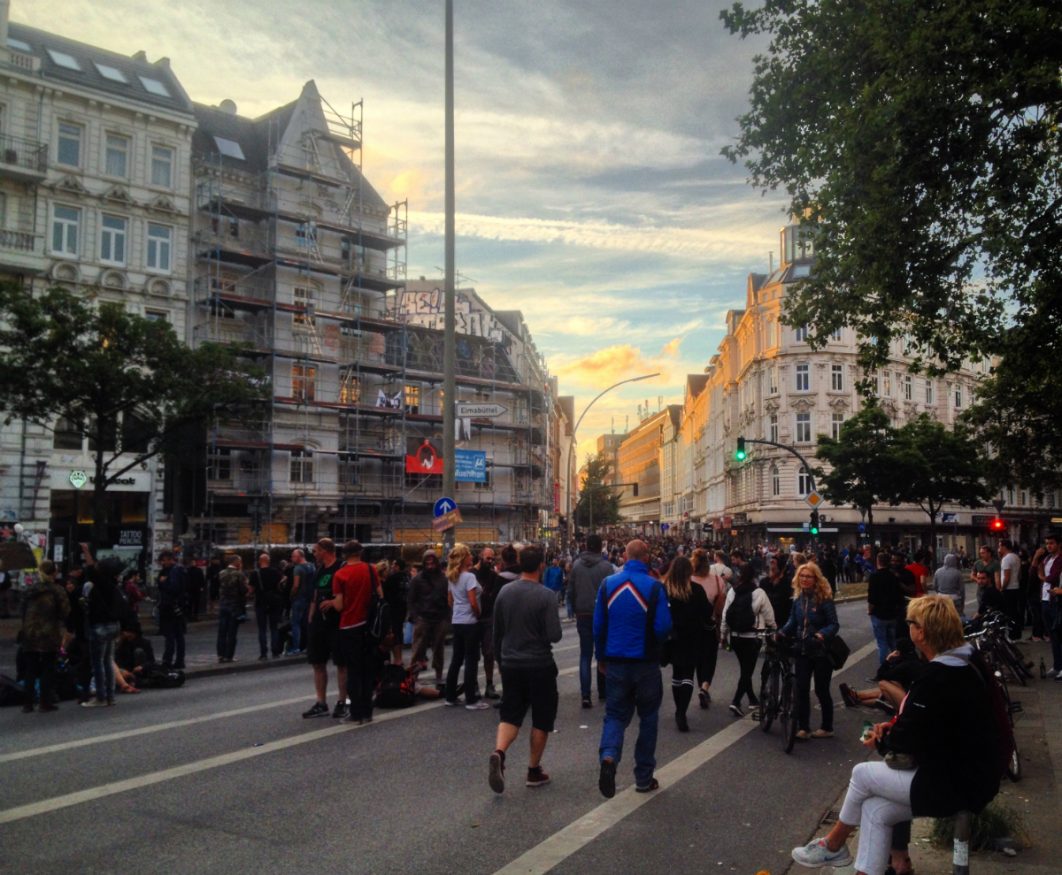 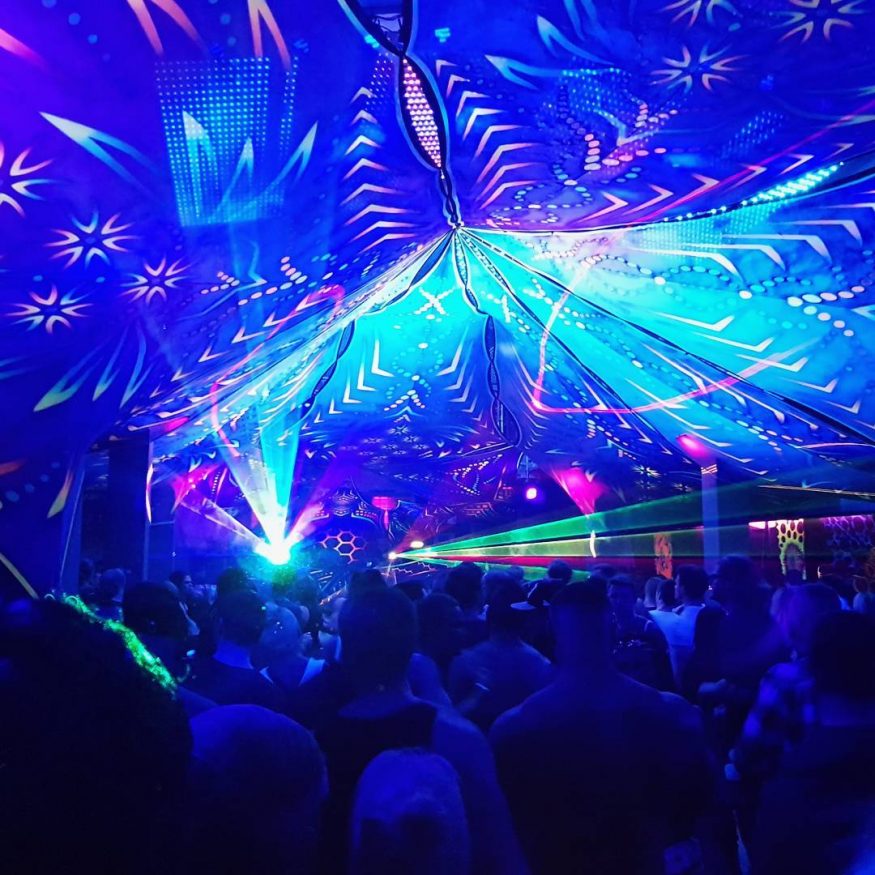 It has diversity you can taste

Hamburg is as diverse as it gets. As a port city, Hamburg has been in direct contact with the world for a very long time and is, therefore, a very open and international city—which is in part what drew me here in the first place. This is an aspect of the city that foodies will certainly enjoy, as this diversity is also reflected in the city’s culinary landscape. Hamburg even has its own little Portuguese Quarter, known as Portugiesenviertel, where you’ll find the dangerously addictive Pasteis de Nata. (You might already know these from Lisbon as they’re in pretty much every other café in town). The Portuguese Quarter also houses Swedish, Finnish, Norwegian, and Danish churches, which were established for sailors from these countries on leave in Hamburg. These churches organize their own (extremely popular) Christmas markets too, so make sure to stop by for some Vinglögg and Nordic specialities if you visit the city in December. How’s that for diversity? 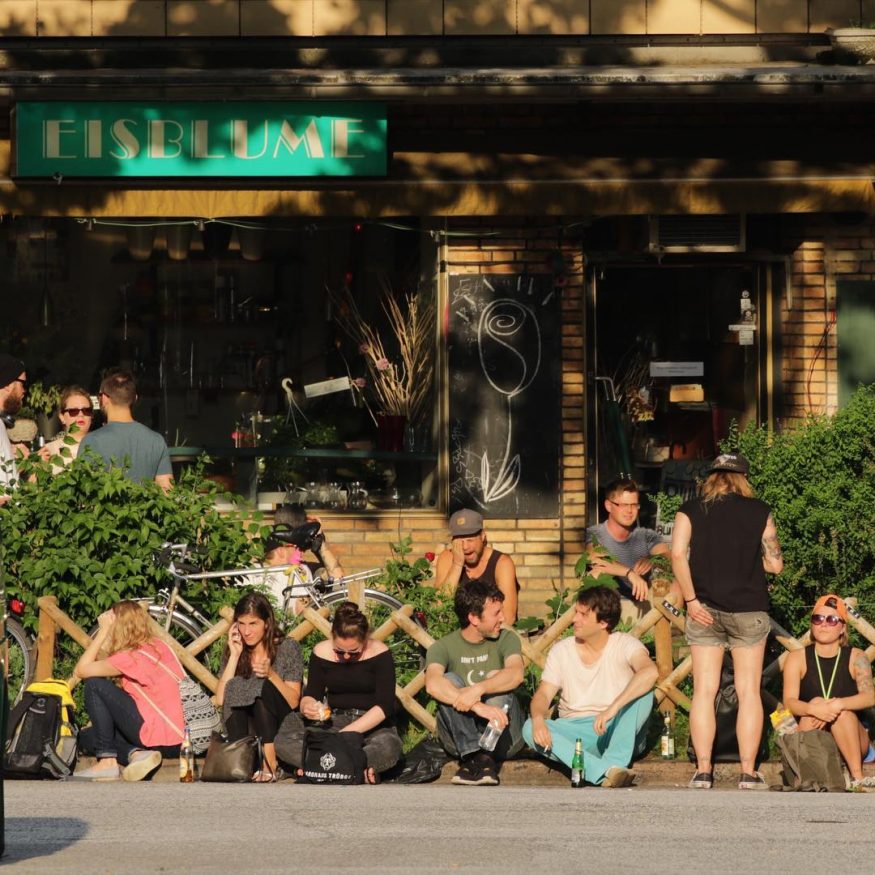 There’s only one St. Pauli

St. Pauli’s reputation as a destination for entertainment is widely known. Over time, the fame of the Kiez (German for “hood”) attracted punks, drag queens, and even the Beatles, who lived and performed in St. Pauli before reaching fame. However, move away from the party areas and you will find yourself in the centre of a vibrant, alternative neighbourhood full of street art, second-hand stores, and lots of attitude. To understand how the area has changed over the years, make sure to complement your wanderings with a visit to the St. Pauli Museum.

One thing you’ll come across everywhere in the area (and indeed all over Hamburg) are the pirate flags of FC St. Pauli, the iconic professional football club based in the neighbourhood. The club and its fans are famous all over Germany (and the world!) due to their stand against racism and homophobia, and their stadium is known for its incredible atmosphere. With supporter clubs everywhere from Barcelona to Buenos Aires, FC St. Pauli is truly Hamburg’s best-known export. Home matches are usually sold out but you should try to get tickets as it is really a unique experience! 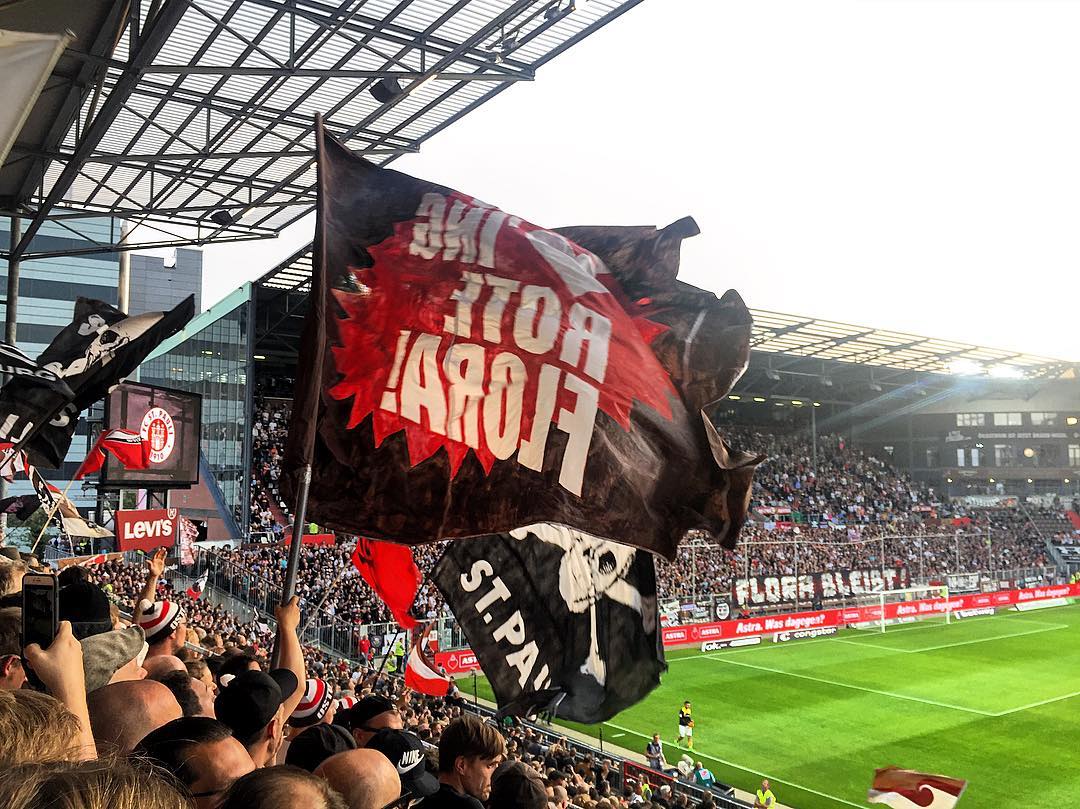 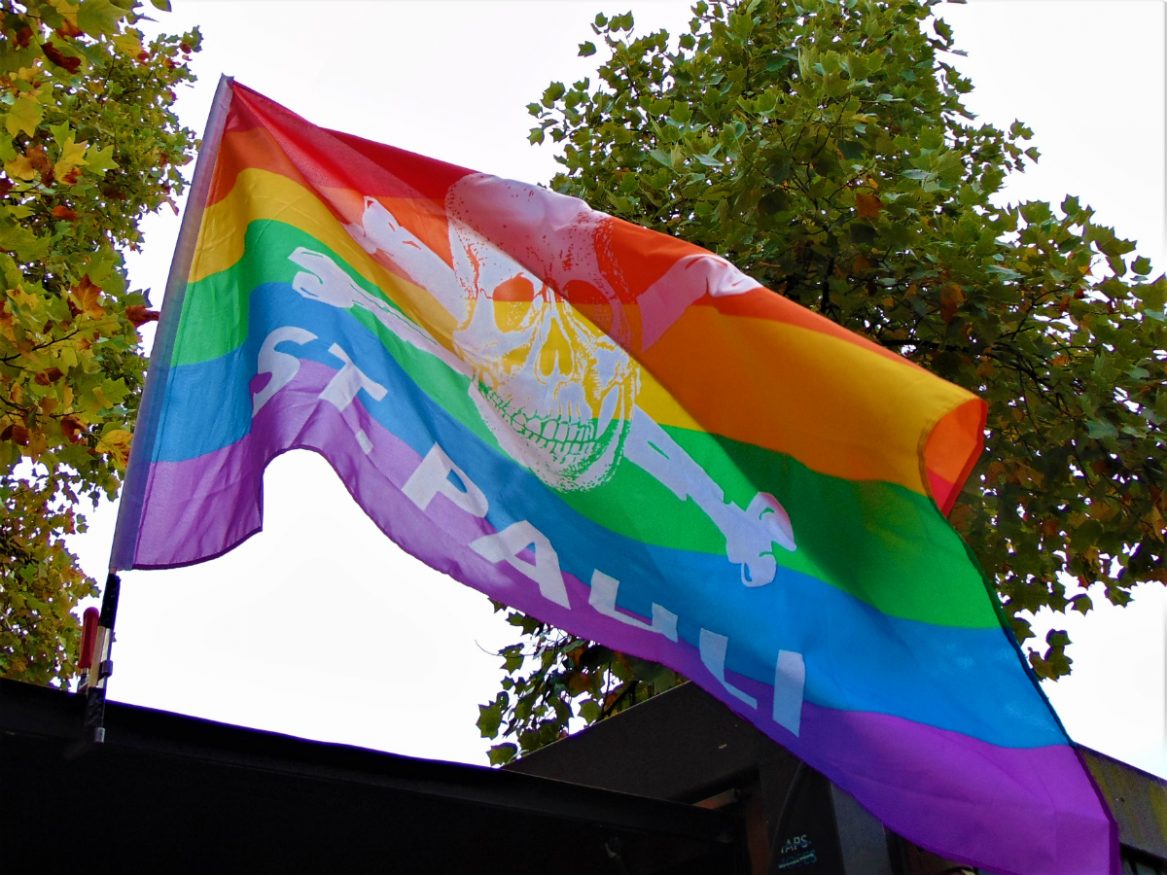 There are plenty of places to catch your breath

Need a break from all the sightseeing? There are plenty of places where you can go for a stroll or even have a nice picnic. The Stadtpark and Planten un Blomen are the most popular parks in Hamburg, and they both offer a little extra: mini-golf! However, there is no shortage of green spaces in Hamburg.  My favourite is the park behind the Rote Flora in Schanze. Why? Oh, no particular reason—other than the massive bunker covered in graffiti that’s also a climbing wall and the wicked skateboard bowl! Should you need to switch gears for a day head over to Blankenese, a hilly neighbourhood right by the Elbe known for its lavish houses and, yes, old shipwrecks. 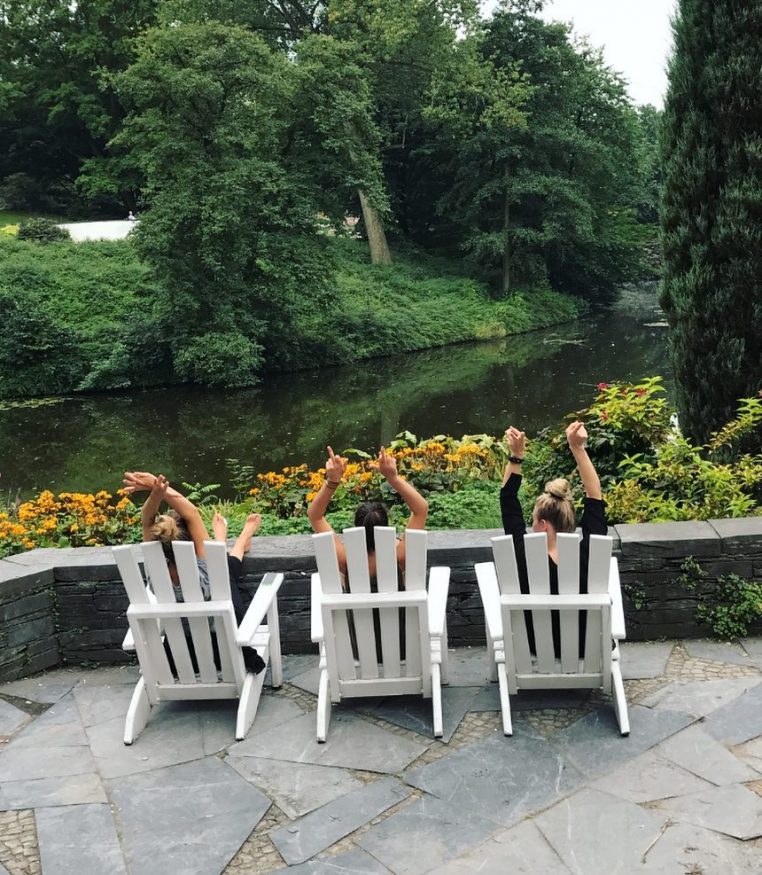 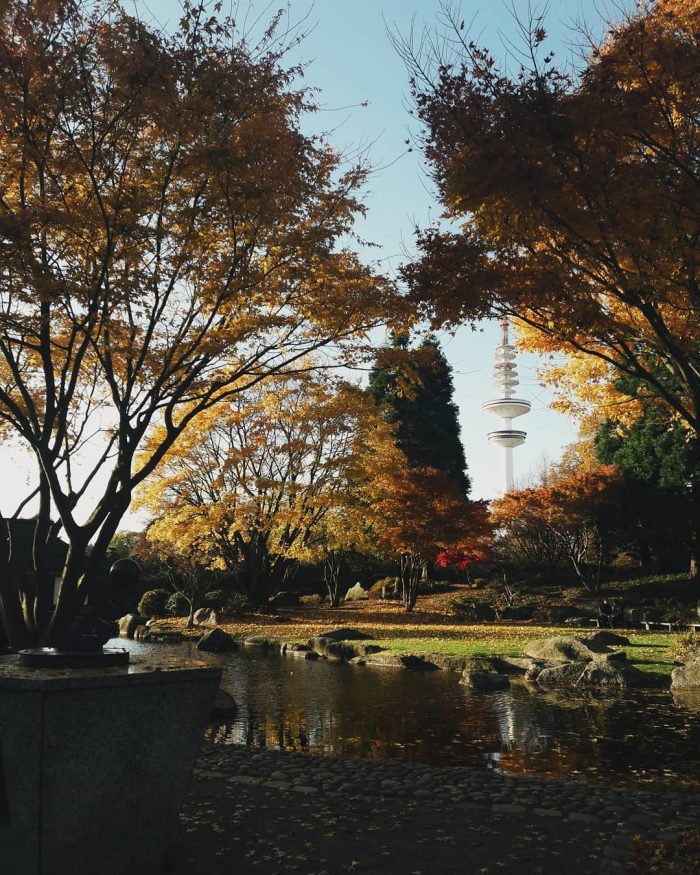 There’s an abundance of alternative spaces

You’ve heard of St. Pauli before, and maybe of Sternschanze, but have you ever heard of the Karolinenviertel, or maybe Wilhelmsburg? Hamburg is home to many cool areas and districts that are off the beaten path. In these areas, you’ll discover incredible street art, independent record stores, DIY boutiques, and even collectives running bars and venue. What you will not find here are tourists. These are the areas that truly give Hamburg its reputation as an alternative city with a punk attitude. As opposed to similar areas in, say, Berlin, these alternative neighbourhoods in Hamburg still have more of a raw, Do-It-Yourself feel to them—and it was precisely that which first attracted me to the city.

A must for any visitor is the alternative flea market in Schanze, where local artists sell their unique creations every Saturday. Head out to the former industrial town of Ottensen for a night out at the Fabrik, a cultural centre housed in a factory, or the neighbourhood of St. Georg to experience Hamburg’s LGBT scene. Whether you stumble upon a street party (which usually take place in Schanze) or go to a bar outside of the more touristy areas, you’ll notice that the atmosphere in Hamburg is much more inclusive than in other cities, which allows for a more immersive experience. 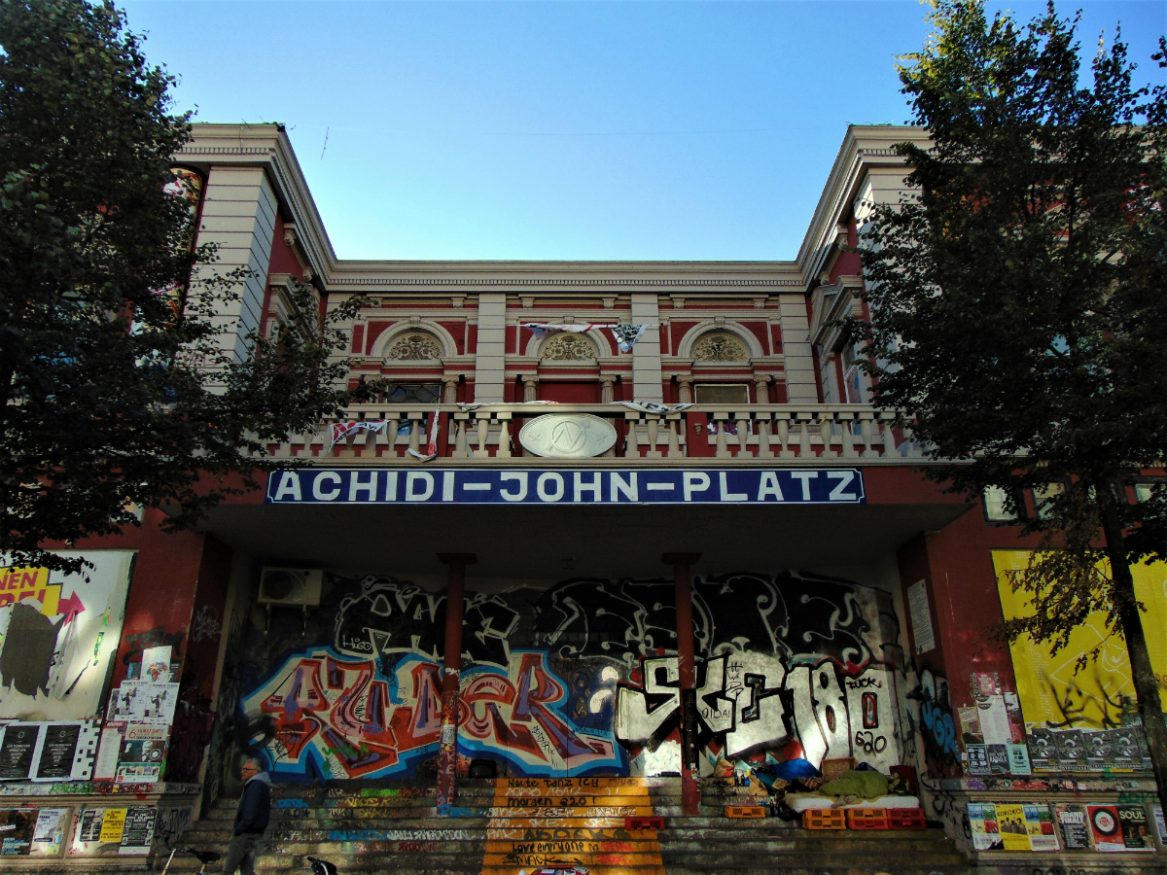 There are three rivers running through the city: the Elbe, the Alster, and the Bille. Because of that, Hamburg is crisscrossed by A LOT of canals—I’m talking more canals than in Amsterdam and Venice. Combined. Lots of canals mean lots of bridges: Hamburg has more bridges than any other city in Europe, with an estimated number of 2,500 of them within city limits. These bridges and canals are one of the city’s highlights, so make sure you take the time to go on a stroll from the Alster down to HafenCity. Along this route, you’ll some really impressive buildings, including the only remaining piece of Hamburg’s old harbour quarter on Deich St. By the way, it’s possible to ask for a pint of “Water from the Alster” (Alsterwasser) at any bar in Hamburg, as that’s also the name of a popular drink made of beer and lemonade! 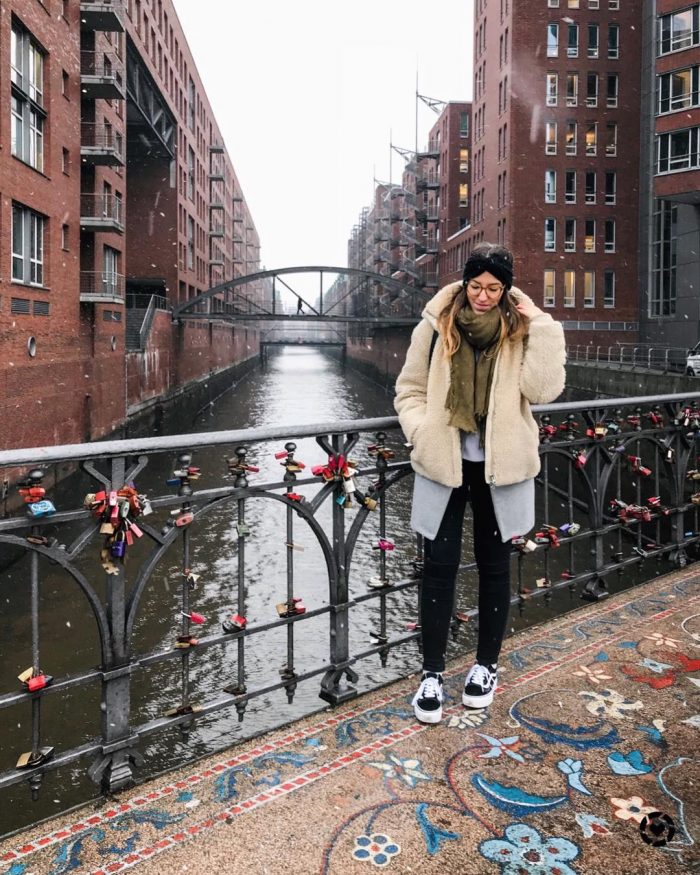 You need to experience sunsets by the Elbe

There’s no better background for an imposing sunset than the harbour. Seeing the sun disappear into the horizon behind rows of cranes right by the Elbe is a spectacle every single time. Let me give you a tip here: there’s no better place to catch the sunset than Park Fiction, which is right by the river in St. Pauli. On a warm night, the place will be full of people and have the atmosphere of a street party. You can also take the ferry to Övelgönne and sit on the sandy banks of the river, enjoy a beer, and watch ships chase the setting sun as the sail out to the North Sea. And don’t worry, the ferry is part of the city’s public transport system, which means your day ticket is also valid to go on an unforgettable boat ride! 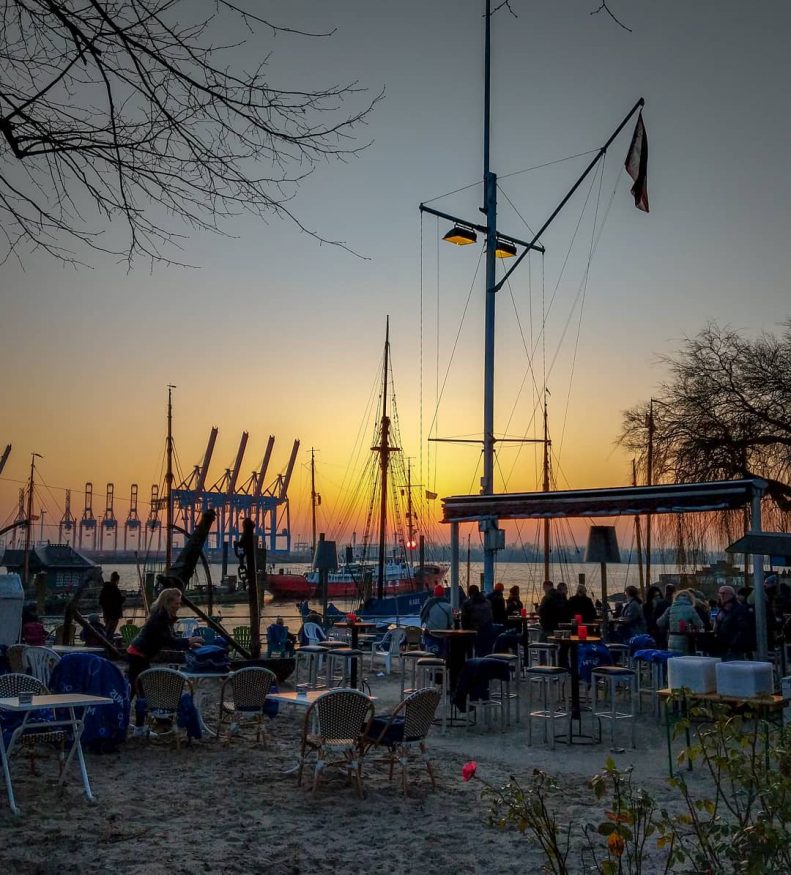 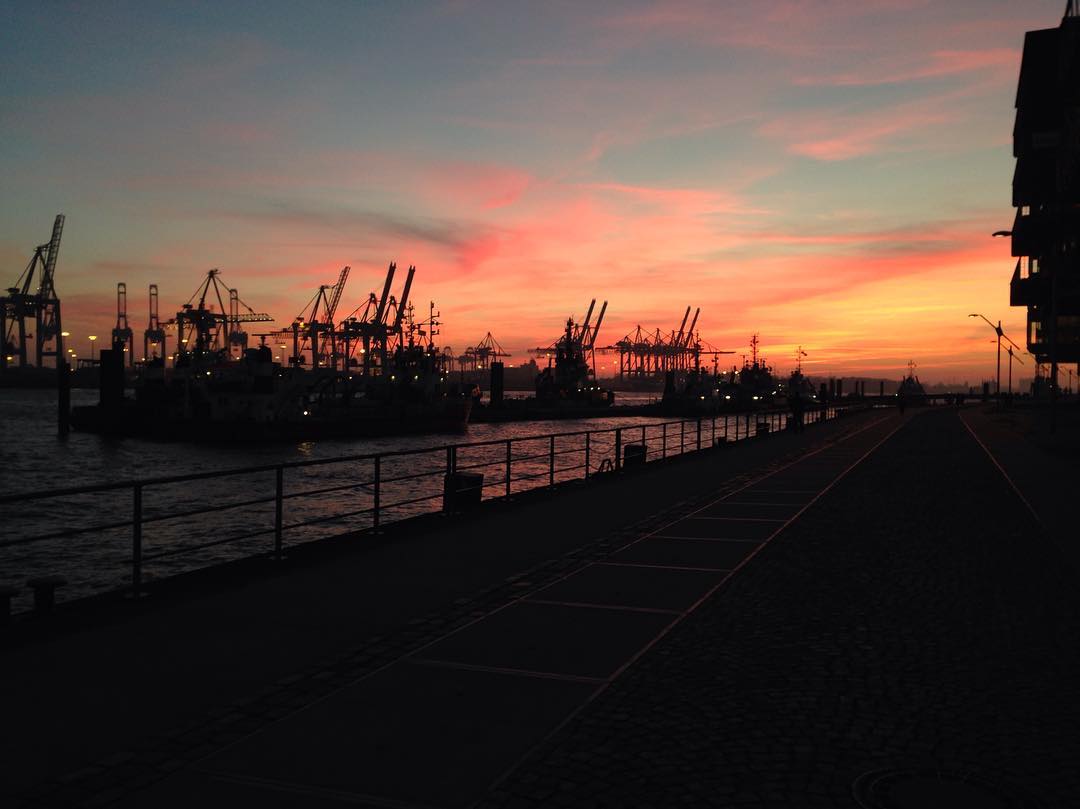 The city is a mix of old meets new

Hamburg suffered greatly during World War Two when the city was targeted by the largest bombing operation in history (up until that point). After the war, large parts of the city had to be rebuilt from the ground up, which is why Hamburg feels so modern—much like Rotterdam. Hamburg is now home to impressive examples of modern architecture, which can be seen in the city centre and other parts of town, such as the HafenCity. One of Hamburg’s most famous landmarks is also one of its latest additions: The Elbphilarmonie, completed only in 2017, which towers over the Elbe and is one of the tallest buildings in Hamburg. It also makes it a great spot to catch the sunset. Luckily, many areas also escaped the bombs, at least partially. Two of them, the Kontorhausviertel and Speicherstadt, have been inscribed as UNESCO World Heritage sites due to their imposing Brick Expressionist and Gothic Revival architecture. 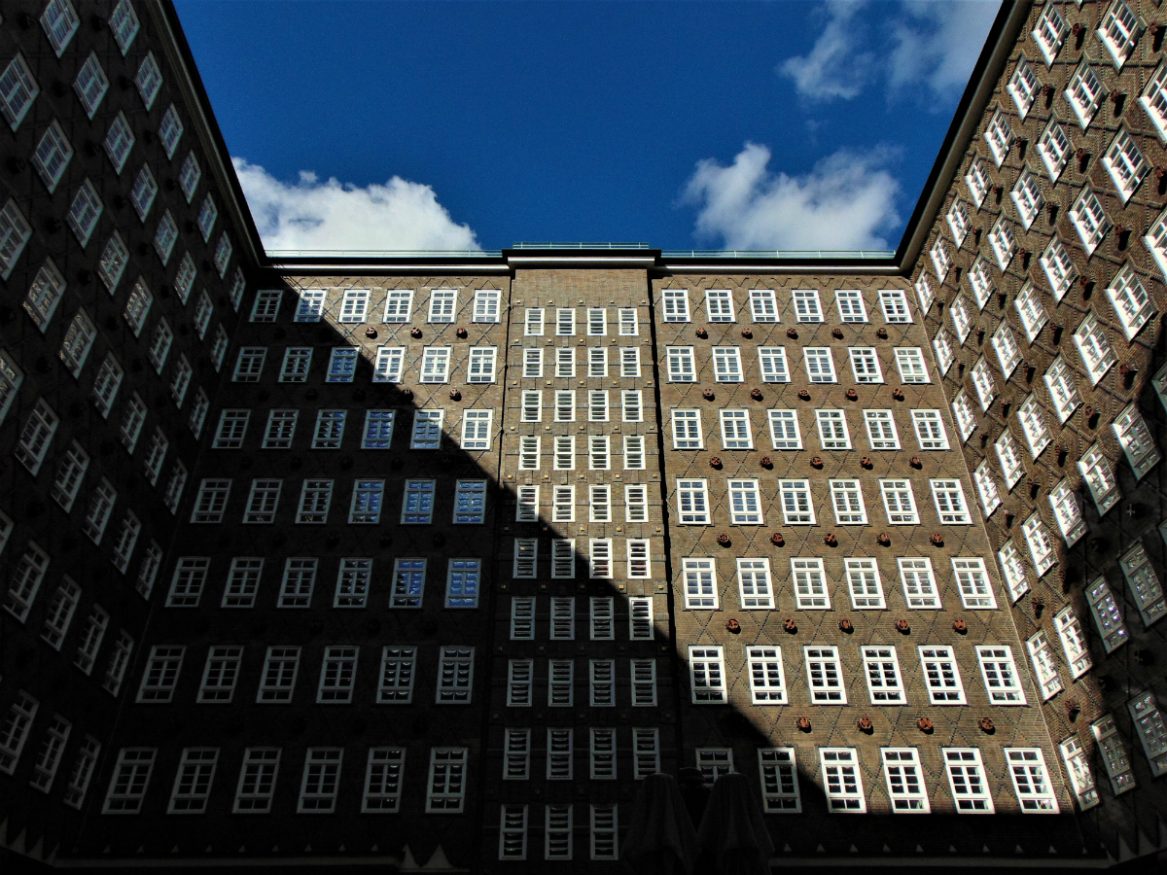 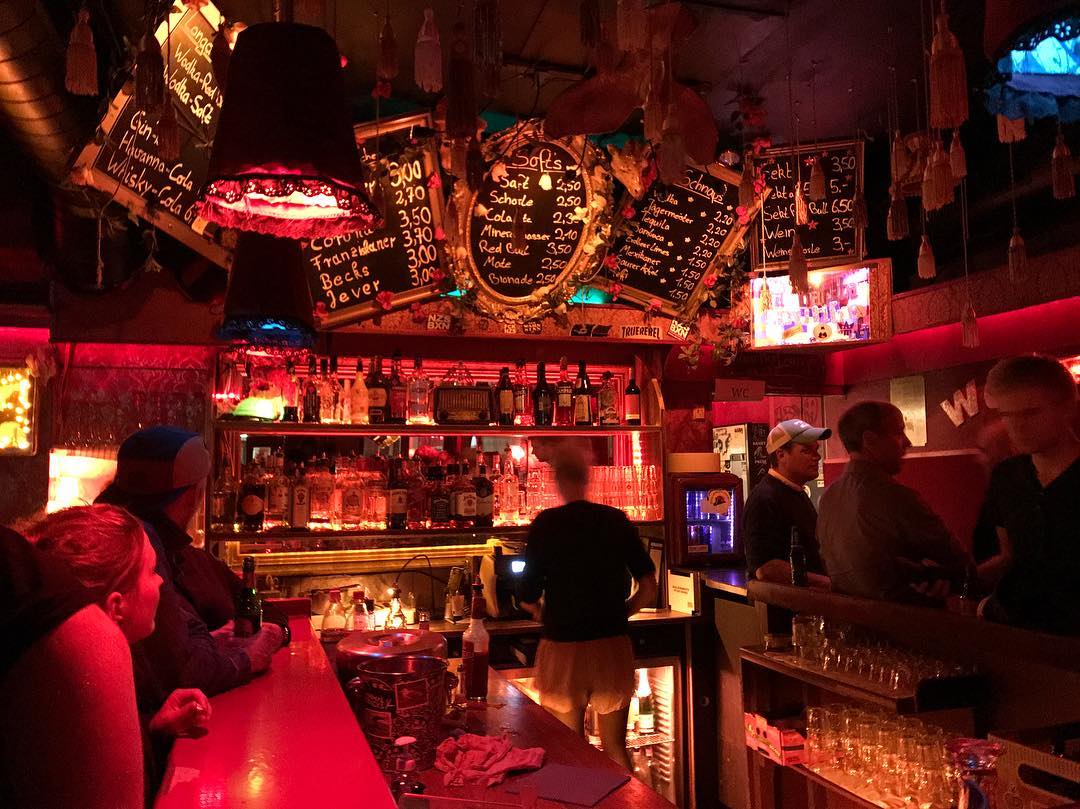 It has a Northern European feel

Hamburg is not only a Northern German but a Northern European city through and through. Indeed, many ascribe the city an almost Scandinavian feel. The official name of the city is Hansestadt Hamburg, meaning that the city once belonged to the Hanseatic League—the most powerful Northern European commercial alliance in the middle ages. Therefore, you will find similarities to other Hanseatic cities such as Stockholm, Tallinn, or Riga—particularly in the architecture. Fun fact: The district of Altona was a separate city until 1937, and was even part of the Kingdom of Denmark for over two hundred years! 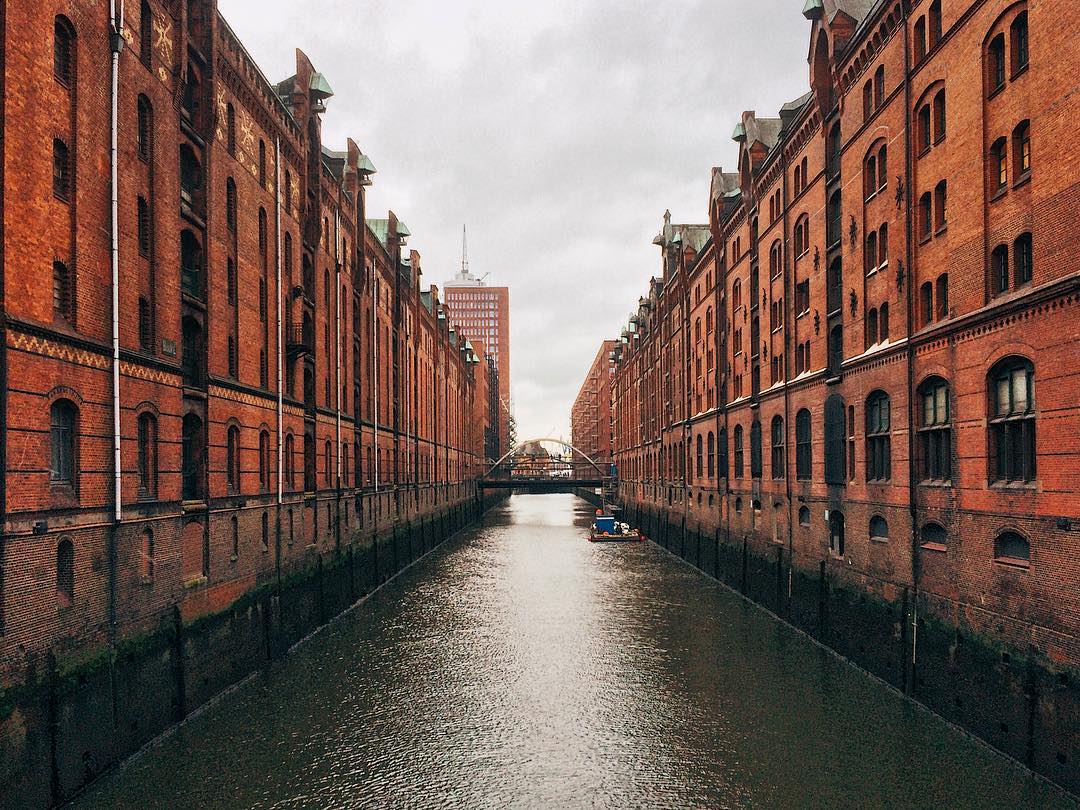 There you have it! It’s not just the nightlife, the beautiful red-brick architecture, the delicious fish snacks, or the creativity that just oozes out of every other wall in town; it’s the diversity, the openness, the attitude and, ultimately, the setting. Those are just a few of the reasons why Hamburg should be on your list of places to visit.

❓ Have you visited Hamburg? Let us know what you think makes it so awesome in the comments below 👇