Even if you’ve never been to London, you’ve probably heard of Soho. It’s the loudest, busiest, dirtiest and craziest neighbourhood in the capital. Covering around a square mile between Oxford Circus, Piccadilly Circus and Tottenham Court Road, this neighbourhood crams a lot into its narrow, winding streets. Soho is infamous for its raucous nightlife, colourful gay scene and neon sex shops – but dig a little deeper and you’ll discover there’s more to this historic neighbourhood than meets the eye. To help you appreciate its finer qualities, we’ve rounded up the best things to do in Soho on a budget. 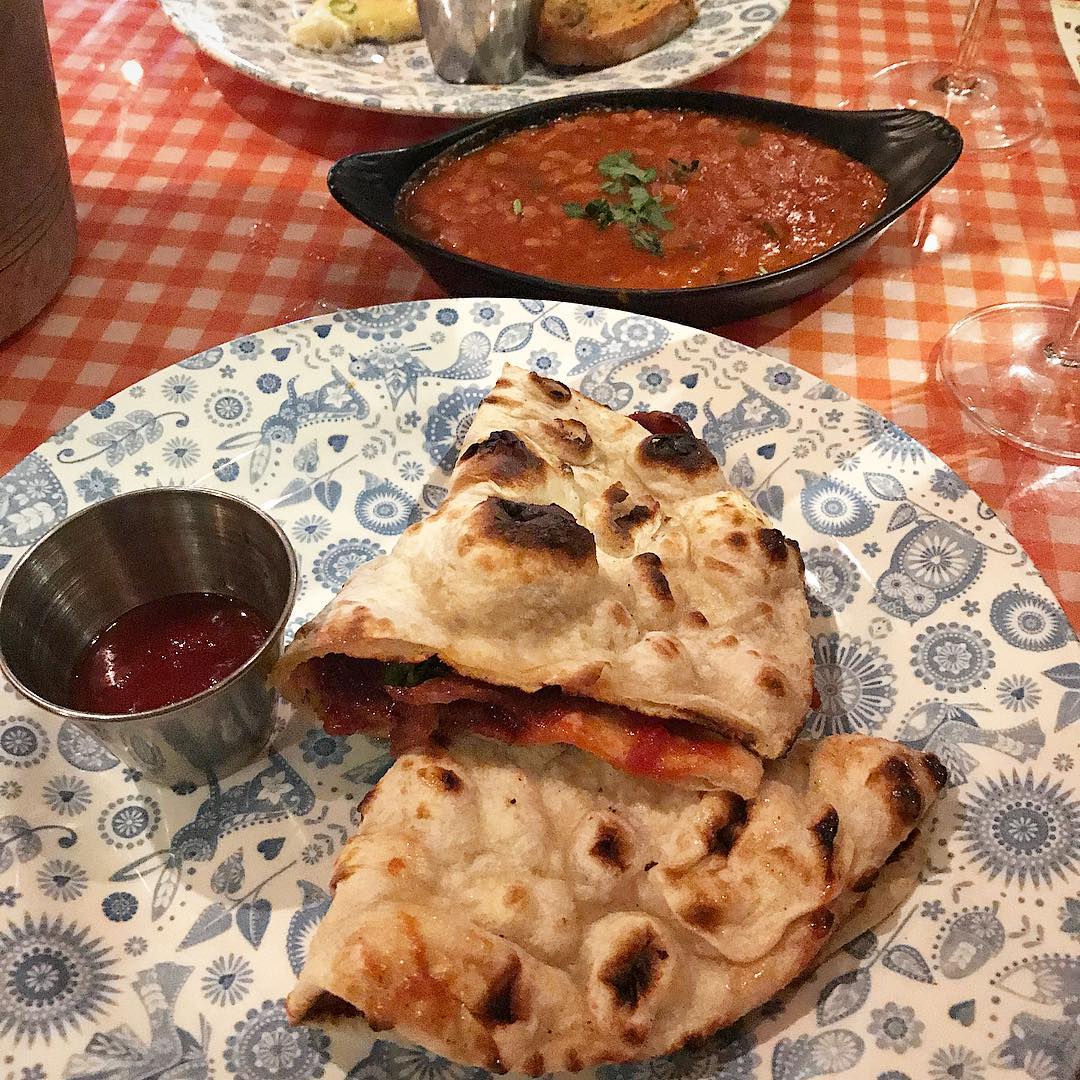 Bacon butties are a cheap and delicious British way to start the day. But the people at Dishoom have gone one better, and come up with an Indian twist on this classic British staple. I give you: the bacon naan. Yes, this merger of two iconic foods is as obscenely tasty as it sounds and at £5.50 it’s amongst the cheapest breakfasts in Soho. The bacon is ethically sourced and dry-cured for five days with rock salt and Demerara sugar. YUM.

2. Visit The House That Is Definitely NOT A Brothel 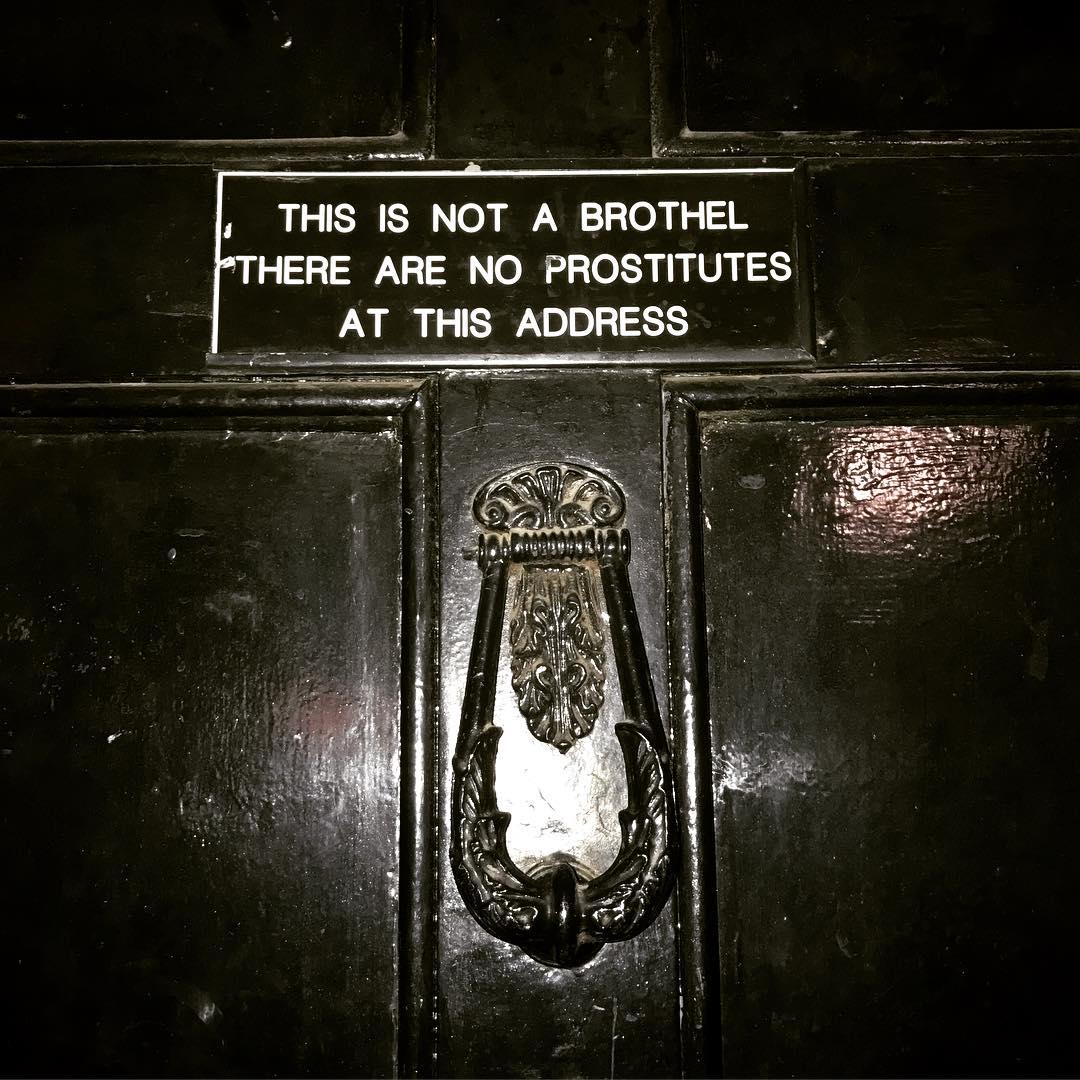 Nope, no this house at 7 Meard Street in Soho is definitely, 100%, NOT a brothel. And just to prove it, the owner put a sign on the front door saying:

The owner in question was the artist and London ‘character’ Sebastian Horsley, who sadly died several years ago. The sign was put up, as you might have guessed, to stop people confusing his house with a brothel, and still remains there today. A wonderfully quirky little attraction that is worth hunting down. 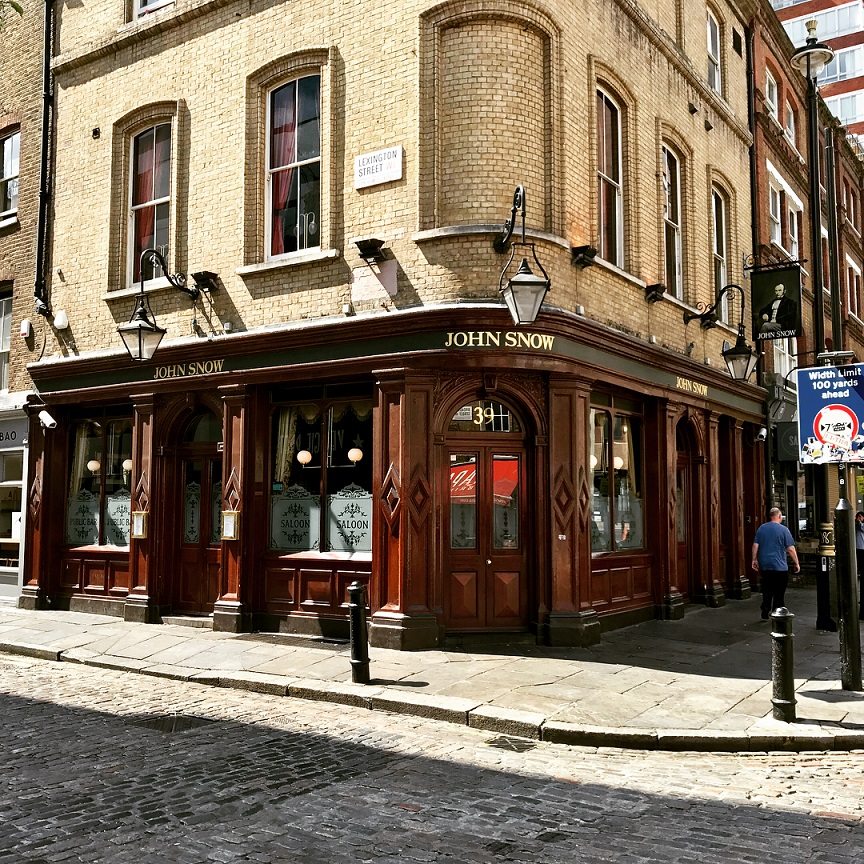 Never thought you could get excited about a water pump? Well, think again. John Snow’s Water Pump on Broadwick Street in the heart of Soho is guaranteed to impress. The pump itself is nothing special – a pretty old Victorian pump – but in the middle of the 19th century it became the scene of one of the biggest breakthroughs in modern medicine when the physician John Snow realised that an outbreak of cholera in Soho was geographically centred around the public water pump. This led to the discovery that water could be a carrier of disease, and had a huge impact on public health and waste management. 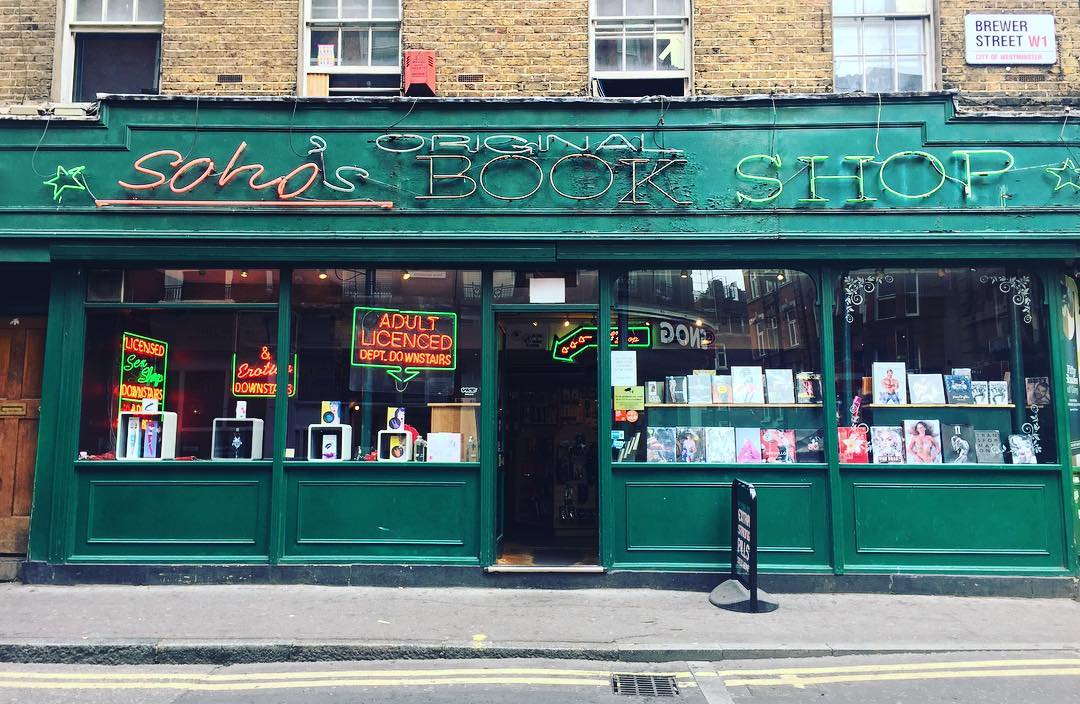 Soho is famous for its association with the sex industry, and whilst most of its seedier establishments have since been moved on, there are still plenty of neon-clad sex shops still selling adult ‘toys’ and novelty willy straws. These can be fun to visit, and don’t take themselves too seriously.

London geek fact: most of the neon sex signs around Soho were designed by artist Chris Bracey. If you want to see more of his works, then a visit to God’s Own Junkyard is a must – along with some amazing other free things to do in London. 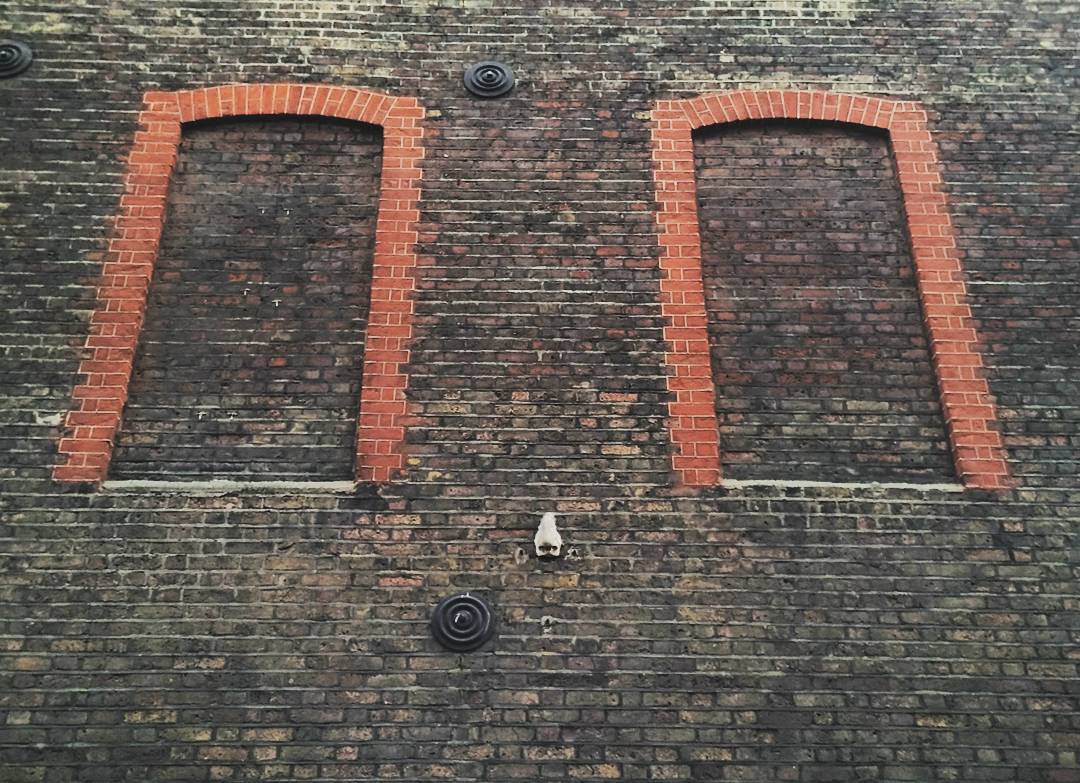 Keep your eyes peeled when walking around Soho and you might just spot a life-sized nose poking out of one of the buildings. The tiny sculptures appeared during the 90s, and since it took over a decade for artist Rick Buckley to come forward and claim responsibility (they were apparently a protest at the growing amount of CCTV in London), a huge number of urban myths surround the noses to this day.

The most persistent legend states that if you manage to spot all seven of the Soho Noses, you will become fabulously wealthy. Whilst it’s not clear whether there are even seven noses still in existence, it’s still worth a shot.

6. Lose Yourself In The Enormous Foyles Bookshop 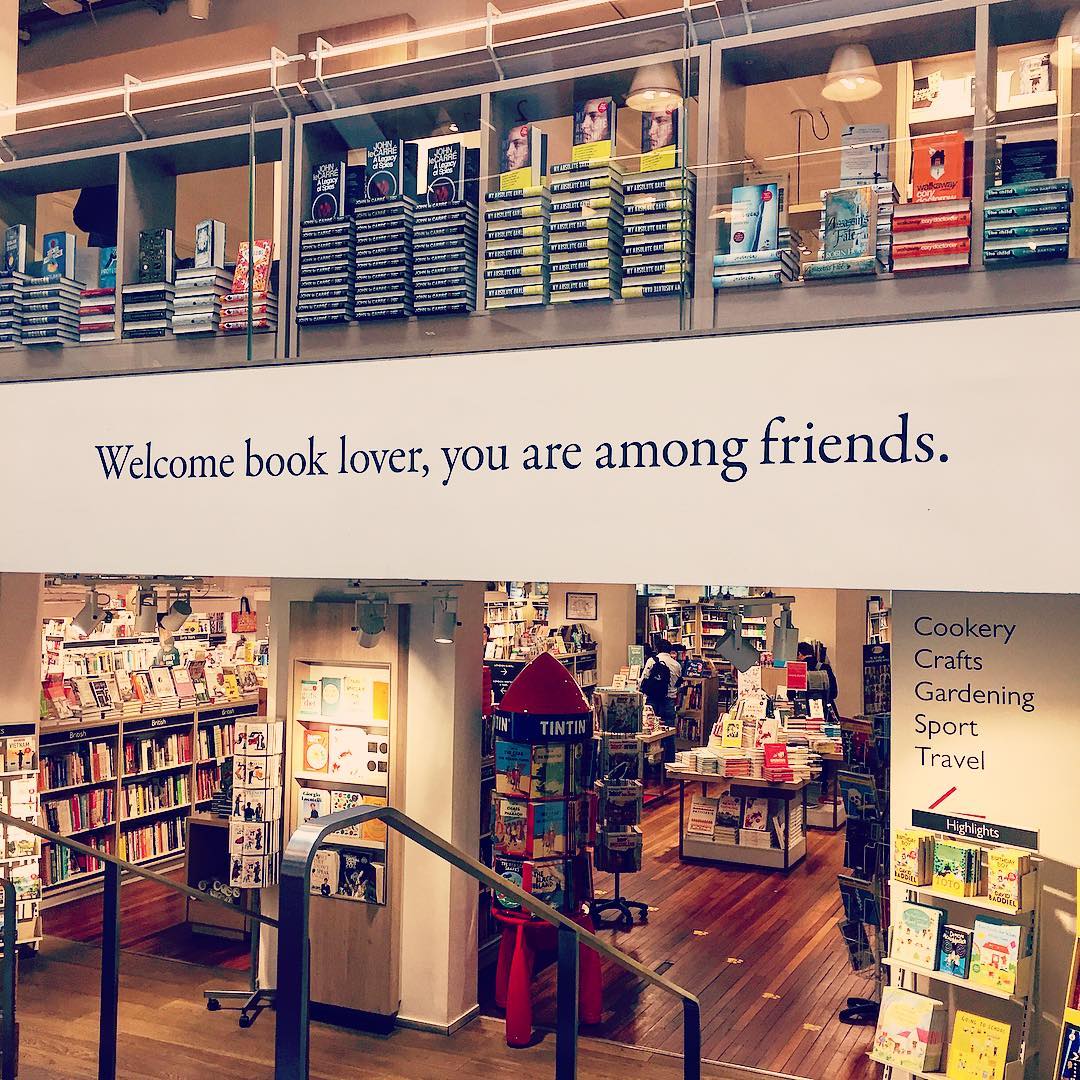 If you love books, then a visit to Foyles is a must. It’s one of the biggest bookshops in Europe, and both the selection of books and beautiful building make it my favourite. Spread over five floors, and featuring over 200 thousand titles, this iconic London bookshop stocks everything from modern classics to instruction manuals on how to start your own blog. The café upstairs serves healthy homemade food and a great selection of loose leaf teas and there’s even a small exhibition space alongside it.

The great thing about a store this size is that there’s no over-attentive staff, emotionally blackmailing you into buying anything, so you can browse at leisure without spending a penny – well, in theory, but it’s hard to leave a bookshop like this empty handed!

7. Peer Down Onto An Abandoned Victorian Street 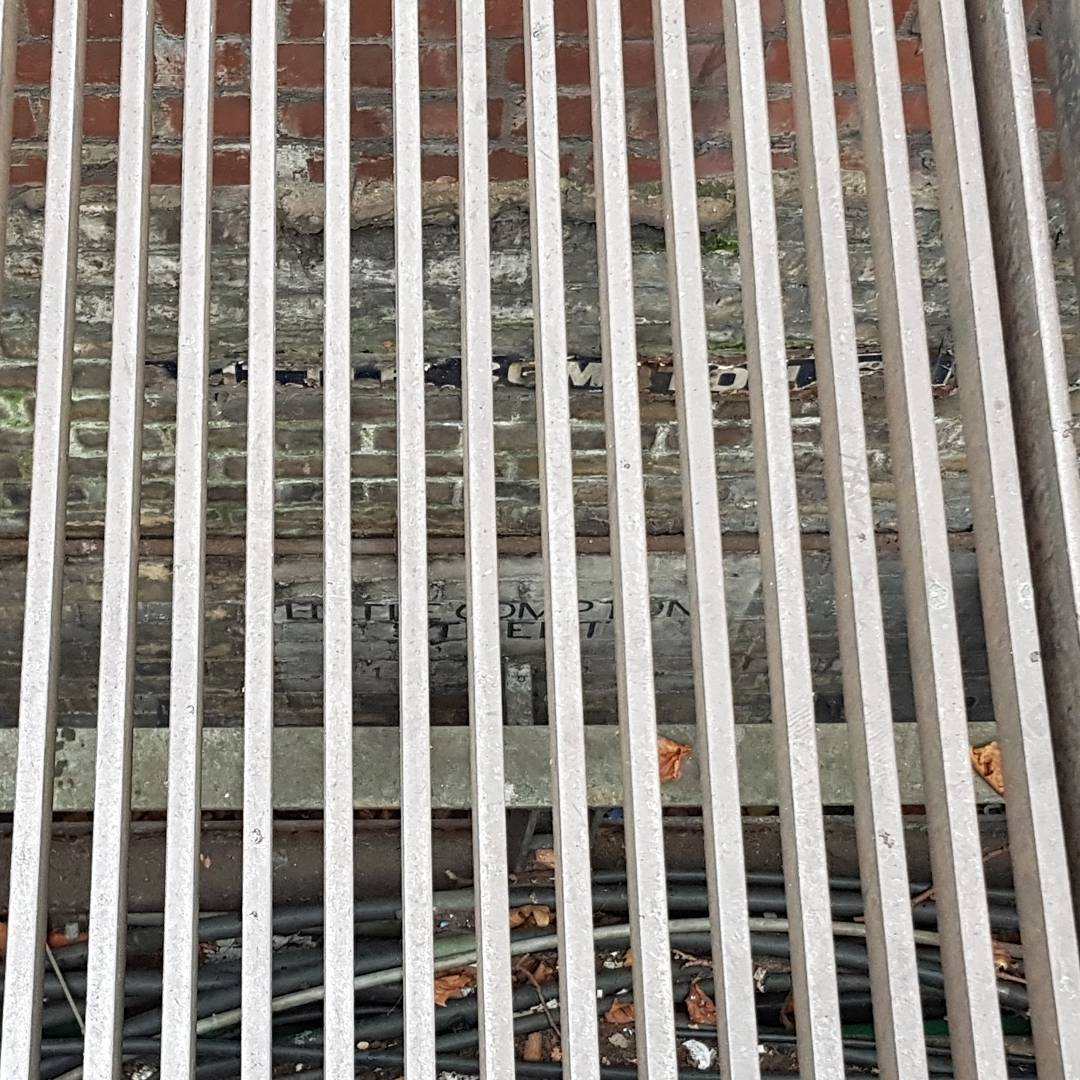 We Brits sometimes take it for granted, but, as any American or Aussie will tell you, it’s actually pretty incredible how much history you can find all over London.

For a little reminder of London’s past, head to the traffic island on Charing Cross Road and look down. Through the metal grate beneath your feet, you can just make out a road sign several metres below you. This is what remains of Little Compton Street, a Victorian street that was buried to make way for Charing Cross Road. This is one of those weird little hidden gems guaranteed to make you fall in love with London all over again. 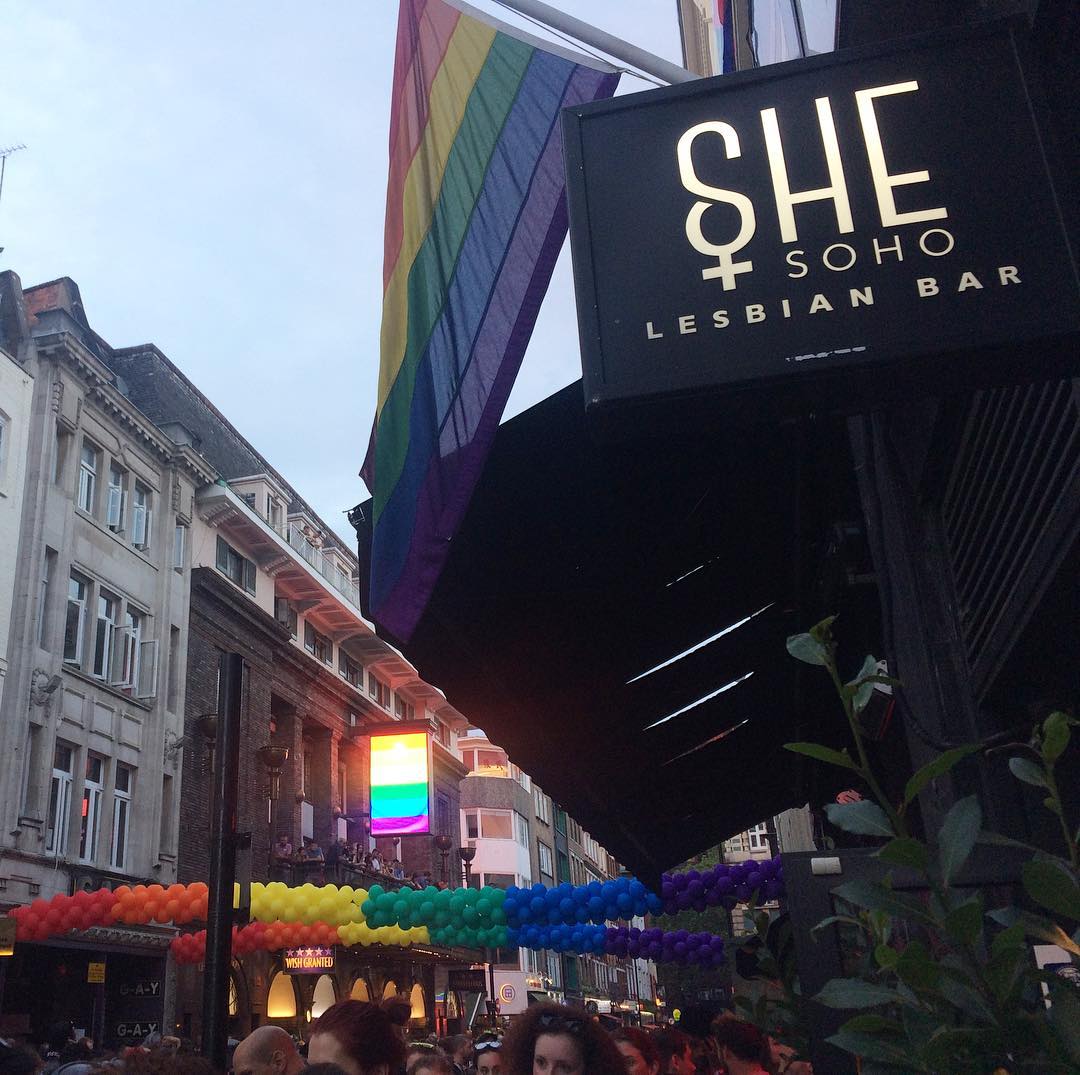 London is known for being one of the most open and inclusive cities in the world, so it’s no surprise there’s a big LGBT community. Soho has been the heart of this community for years, with a huge number of LGBT-friendly pubs and clubs, most of which are located on or near Old Compton Street. Some of my favourites include the huge G-A-Y bar, SHE Soho and Friendly Society.

9. Drink ALL The Coffee 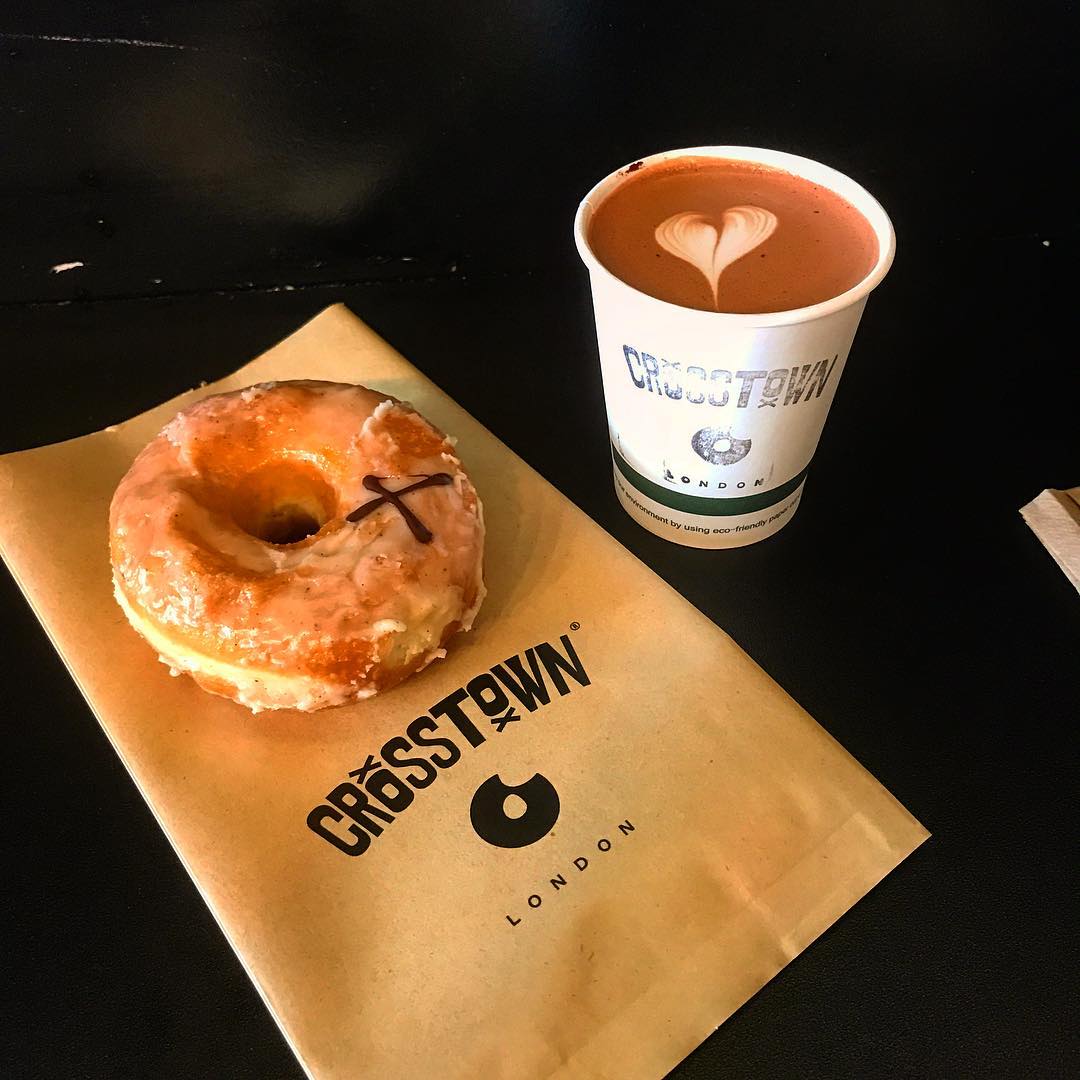 Soho has got one of the highest concentrations of decent coffee shops in London, so there’s no shortage of places to refuel and recaffeinate. Some of my favourites include Soho Grind, where you can try a colourful turmeric, beetroot or matcha latte and even discover a hidden speakeasy down below; Tap – No 193 Wardour St for delicious coffee in a relaxed setting; Rapha Cycle Club, where two of my favourite things, coffee and bicycles, come together; and Crosstown Donuts, where you can pick up a divine sourdough and even vegan donut with your coffee. 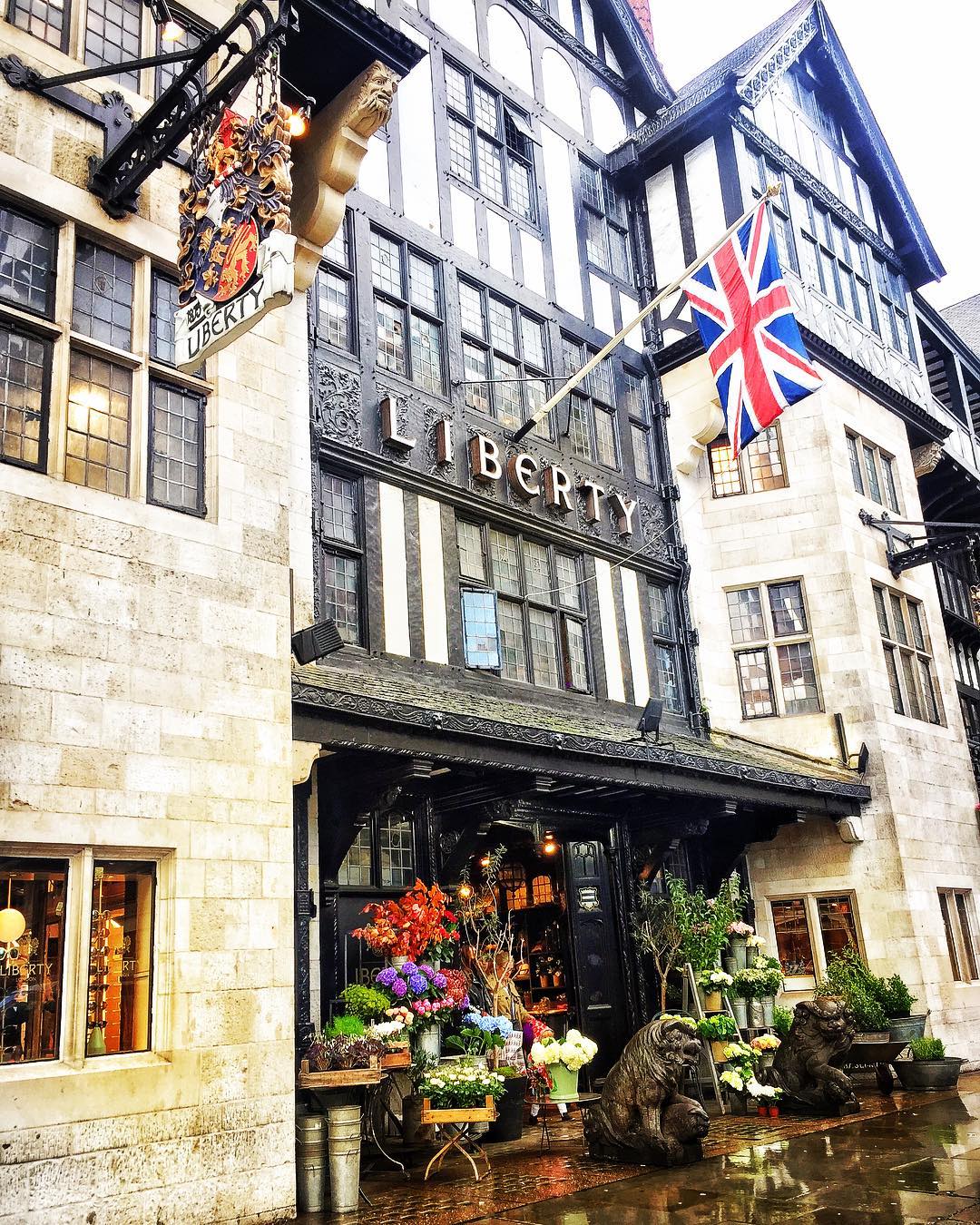 Usually I’d say ‘buy plane tickets, not souvenirs’, but when in Rome… Soho is home to some of Europe’s most loved shopping areas, including the fashion mecca of Oxford Street, which forms Soho’s border in the North and is home to the Topshop-mothership, Urban Outfitters and more; the oh-so-Instagammable Liberty, with its gorgeous displays and mock-Tudor façade; the pretty and vibrant Carnaby Street; plus many small independent shops dotted around.

11. Get Into London’s Best Photography Gallery For Free 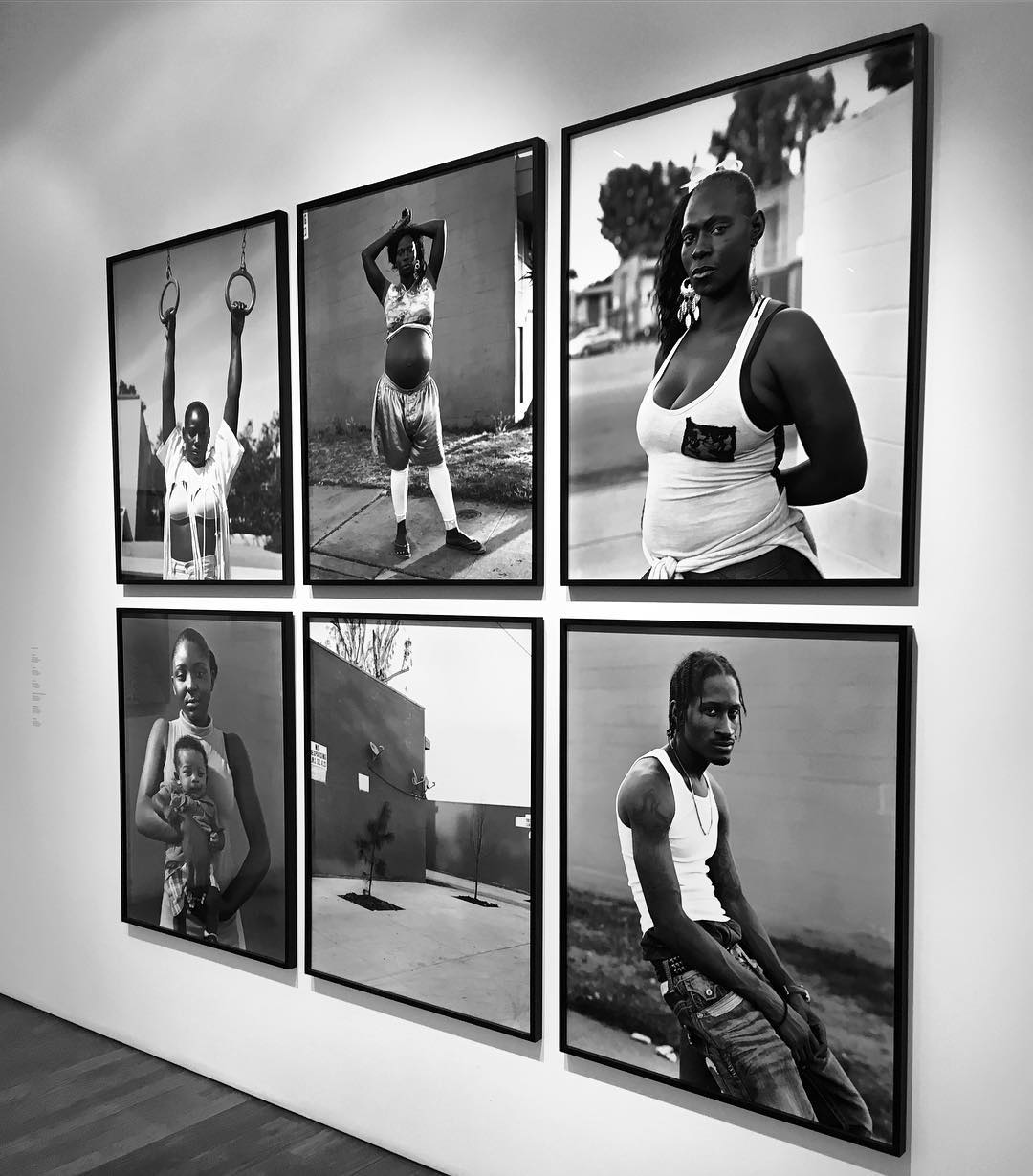 This huge gallery in Soho, The Photographers’ Gallery, is one of the best places to see world-class photography in Europe, with constantly changing exhibitions across multiple floors. It also presents the extremely prestigious Deutsche Börse Photography Foundation Prize every year.

Yet somehow it still flies under the radar of most tourists. Money-saving tip: arrive early! Entry usually costs £4, but if you go anytime before 12pm it’s completely free, making it one of the best things to do in Soho on a budget.