From its architecture and history to the local food and nightlife, it’s no wonder Budapest is one of the most popular spots in the world for travellers. But what in this city is absolutely unmissable?

We asked you over on our Facebook page for your top tips on what is unmissable in Budapest. Here’s what you told us…

The Alternative Budapest Walking Tour if you want to check out the real personality of the city away from the tourist sights.

Yes, if you’re interested in street art or want to see beyond what all average guide books recommend, definitely try [the] Alternative Budapest tour.

See the Danube at night

Walking around the Danube at night to see the parliament and the Chain Bridge!

Tram number 2 at the riverside. Take the tram in the evening when all the city lights are on and have a ride. You will see all the UNESCO heritage river bank and bridges enlightend, for the price of one ticket.

A night ride along the Danube. Romantic, enchanted and awesome. Better even if you are with your sweetheart.

Enjoy the view from Buda Castle

Have luch at Buda Castle, enjoing the amazing view of the Chain Bridge and the Danube River!

View of the Danube from the castle.

Check out the distinct ruinpubs 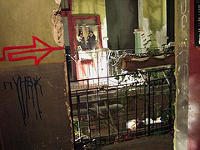 All of the kerts! Because there’s nothing else like them – especially Szimpla Kert, with its bathtub sofas and crumbling walls!

Szimpla Kert! One of Budapest’s oldest ‘ruin’ pubs, Szimpla Kert is fun, alternative and quirky with a really cool vibe… It’s a huge complex full of kooky decor and an interior characterized by an eclectic mix of urban life. It’s made up of several different individually themed rooms, which all work together to create a perfectly unique venue. You can enjoy a beer sat in the back of an old mini or a Victorian bath tub, there are chairs hanging from the ceiling, lights made out of old computer monitors and various other recycled electronic equipment, modern art on the walls…I could go on! There is live music on offer most nights, fashion shows, exhibitions, and a farmer’s market on a Sunday. The beer is reasonably priced, the pizza is the cheapest and tastiest I found, and it’s a fantastic place to meet people. A definite must for any visitor to Budapest.

One of the famous ruin bars!

Grab some treats at the Great Market Hall

The Great Market Hall. A fabulous selection of food.

Go off the beaten track

Walk around the small side streets downtown, don’t just go for the sights listed in guidebooks.

Walking around the city and finding amazing places…I loved this city!

The underground hospital and wandering off the main thoroughfares, down small streets to see battle-scarred buildings unchanged since the 1956 uprising and 1944 siege.

Relax in the thermal baths

Definitely Szechenyi… that place is awesome!

Szechenyi Baths for sure! Great time and great pictures. Beautiful place and convenient hours…open very early and very late. It is a must-see!

Go walking through Andrassy and then take a bath (28-30°) in outside pools at Szcheny when it’s 0°.

The baths for sure!

Take half a day to relax at Gellért baths.

Get the chills and learn stuff at The House of Terror

House of Terror. Horrific but you can’t miss it!

The House of Terrors – shocking and thought-provoking.

Experience the wonder of Sziget Festival 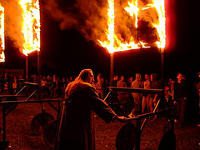 Sirius Teahouse is a delightful maze of hidden cubbyholes where you can drink lovely tea, smoke shisha and relax. Gyro tal is a kebab platter, lángos is delicious (and totally fattening) deep-fried dough – and goulash and pálinka? Absolutely essential.

Gellért Hill is a must – you will have the best panoramic views of Budapest! The area is listed as a UNESCO World Heritage site as part of ‘the Banks of the Danube’.

Watching the sun and hearing the sound pollution rise from the top of Gellert Hill at dawn with beer and new best friends.

And that’s not all… You can find even more great tips from our Facebook fans here and here. Hopefully these top tips will help you make to most of your visit to Budapest.
Book hostels in Budapest