Europe is so much more than just ancient history, kings and queens, castles and churches. Europe is also home to some of the tastiest and most interesting food in the world – but what should you eat and where? What are some examples of traditional European food? Let us show you the way… 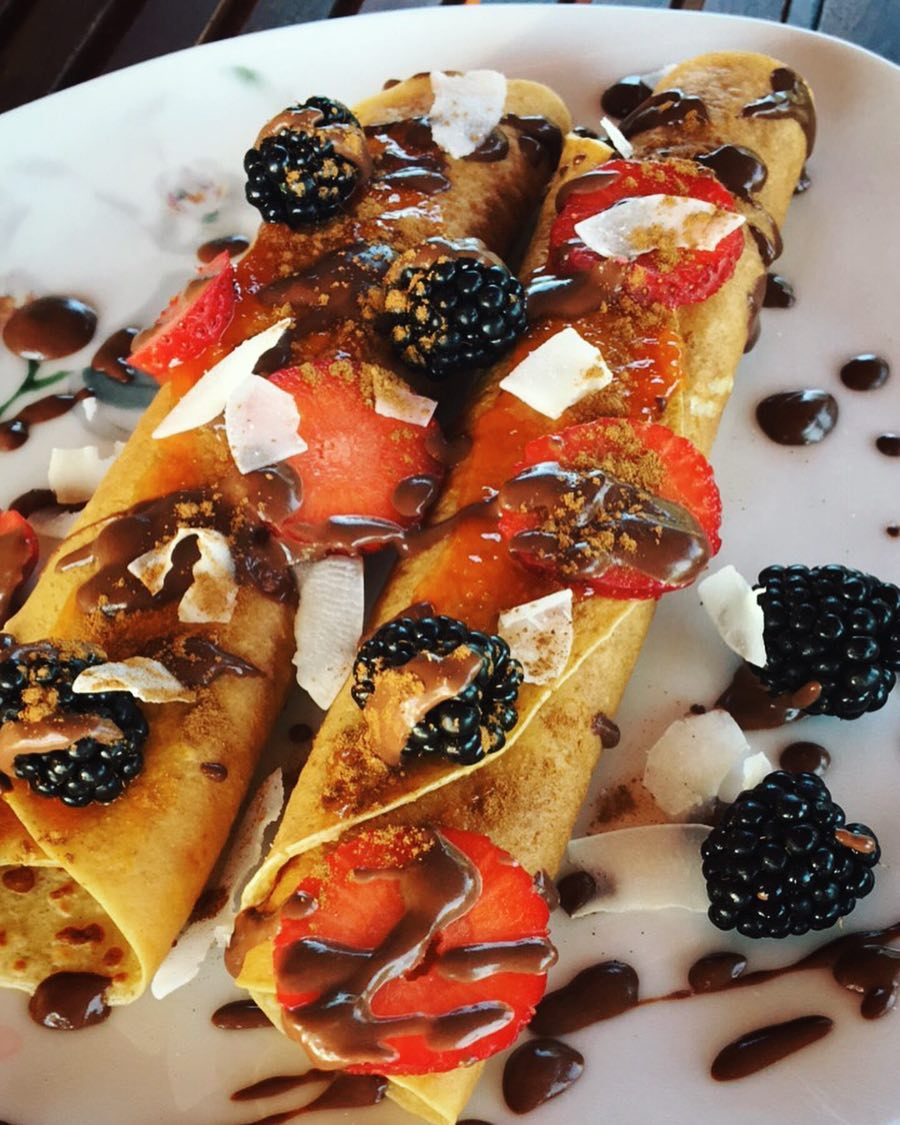 The Czech Republic is probably most famous for its great variety of pilsner beers, but the country also serves up some tasty Czech foods to soak up all that alcohol. One of the must-eat dishes in Prague are palacinky pancakes. These crepe-like desserts are filled with fruit jam and served rolled up. Try them and other Czech food specialties on a Prague food tour. 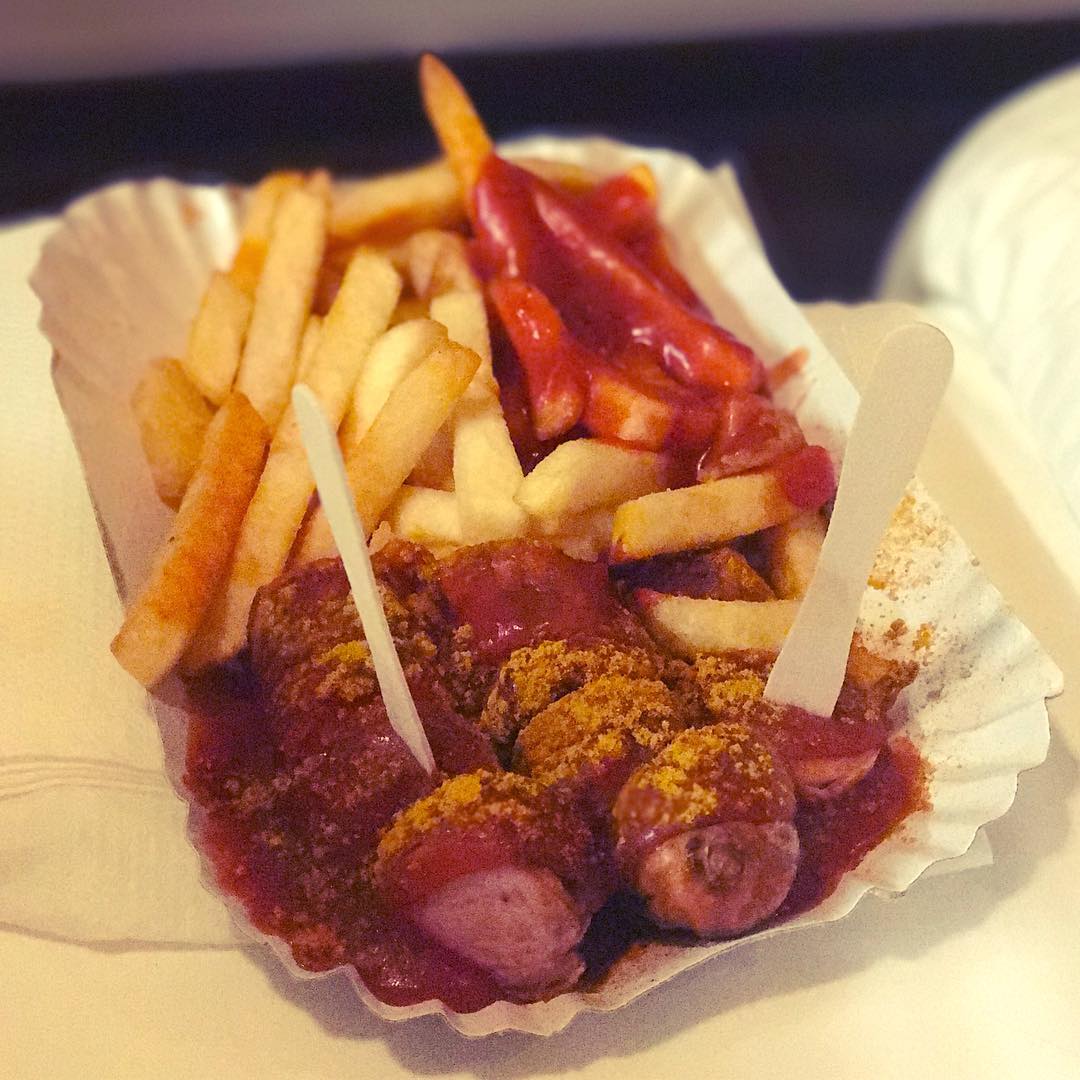 In Germany it’s all about the wurst! There are hundreds of varieties of sausage in Germany but one of the most popular fast food versions (imbiss) is currywurst. You can get currywurst either with or without the skin of the sausage (order mit darm for with, ohne darm for without), but either way the sausage comes cut up and is served with ketchup and curry powder sprinkled on top. You can choose different levels of spice and it’s best when eaten with pommes (fries) and a cola. 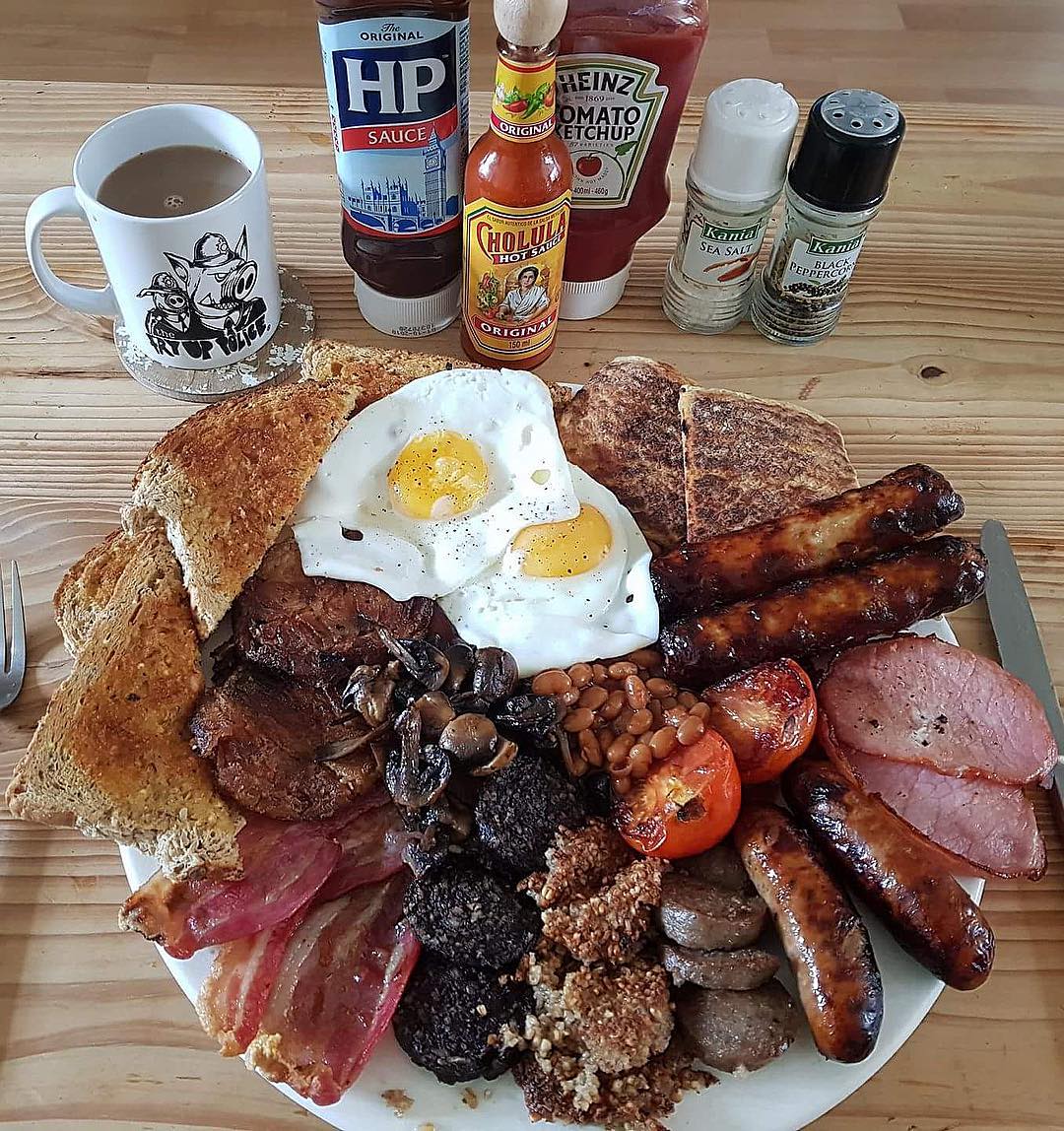 Don’t think that the Full English with eggs, ham, beans, fried tomatoes and black pudding is all that the English breakfast has to offer. Besides the good ol’ fry-up, there’s the greasy bacon butty sandwich. In London, you’ll want to try the bacon butty sandwich at this East London bakery. 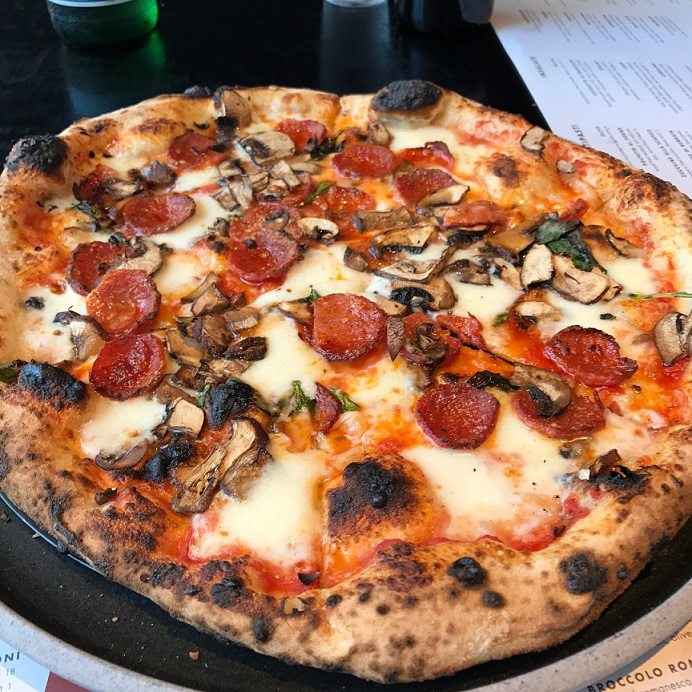 There are few countries as well-known for great cuisine as Italy. And while there’s more to Italian food than just pizza and pasta, you’ve still got to try the original. It seems most cities in Italy are competing for the best pizza, but really, you’ve got to try it in Naples if you can. Oh, and while you’re in Italy — might as well get your fill of gelato, too! 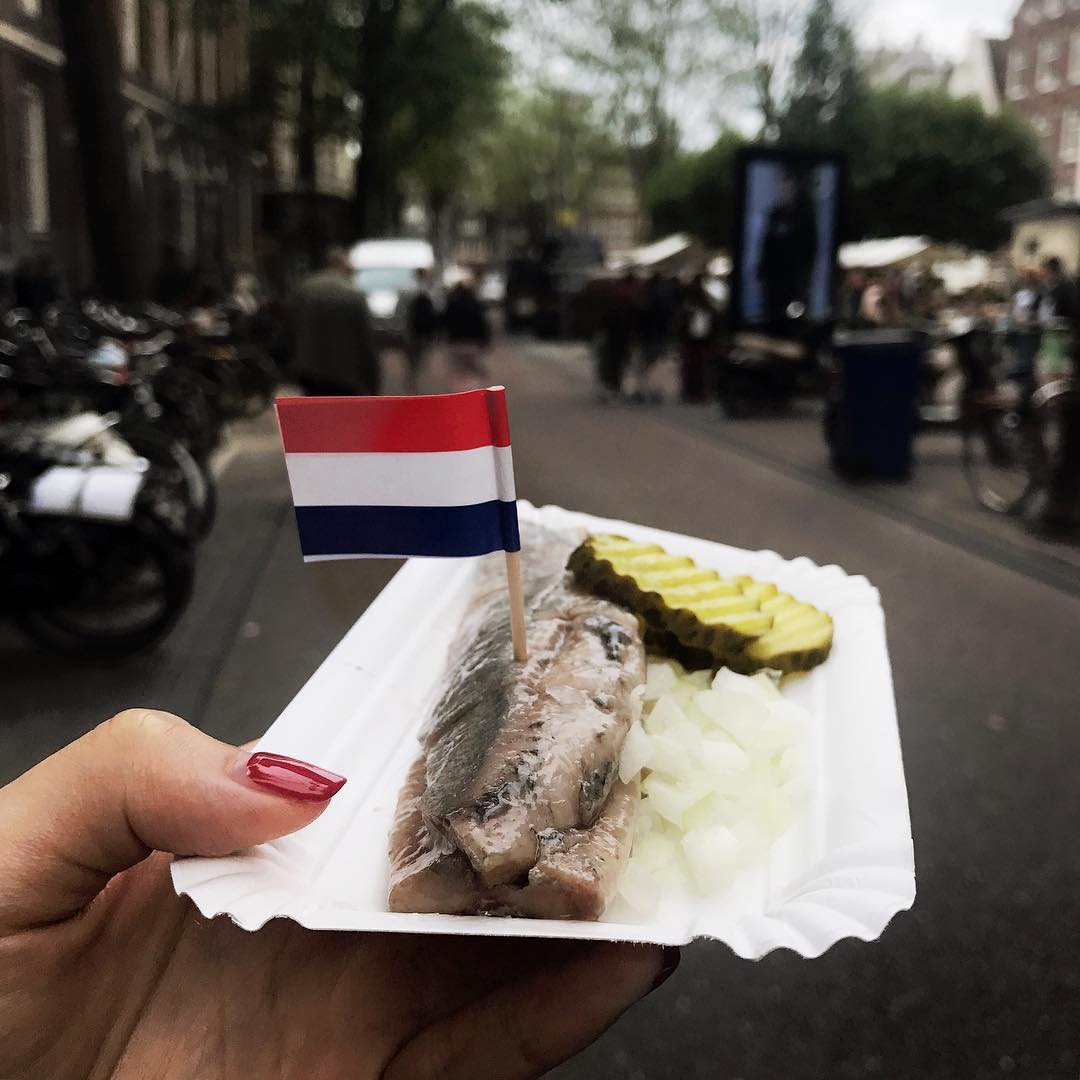 Continuing the list of traditional European food, in the Netherlands, it’s all about the herring. As a seafaring country, fish has always been a part of the national diet. With the unique Dutch herring preservation process, the small silvery fish has become a symbol of Dutch food. It’s best to eat during the first catch of the season, but almost all food markets in Amsterdam and elsewhere sell the fish as a healthy snack. 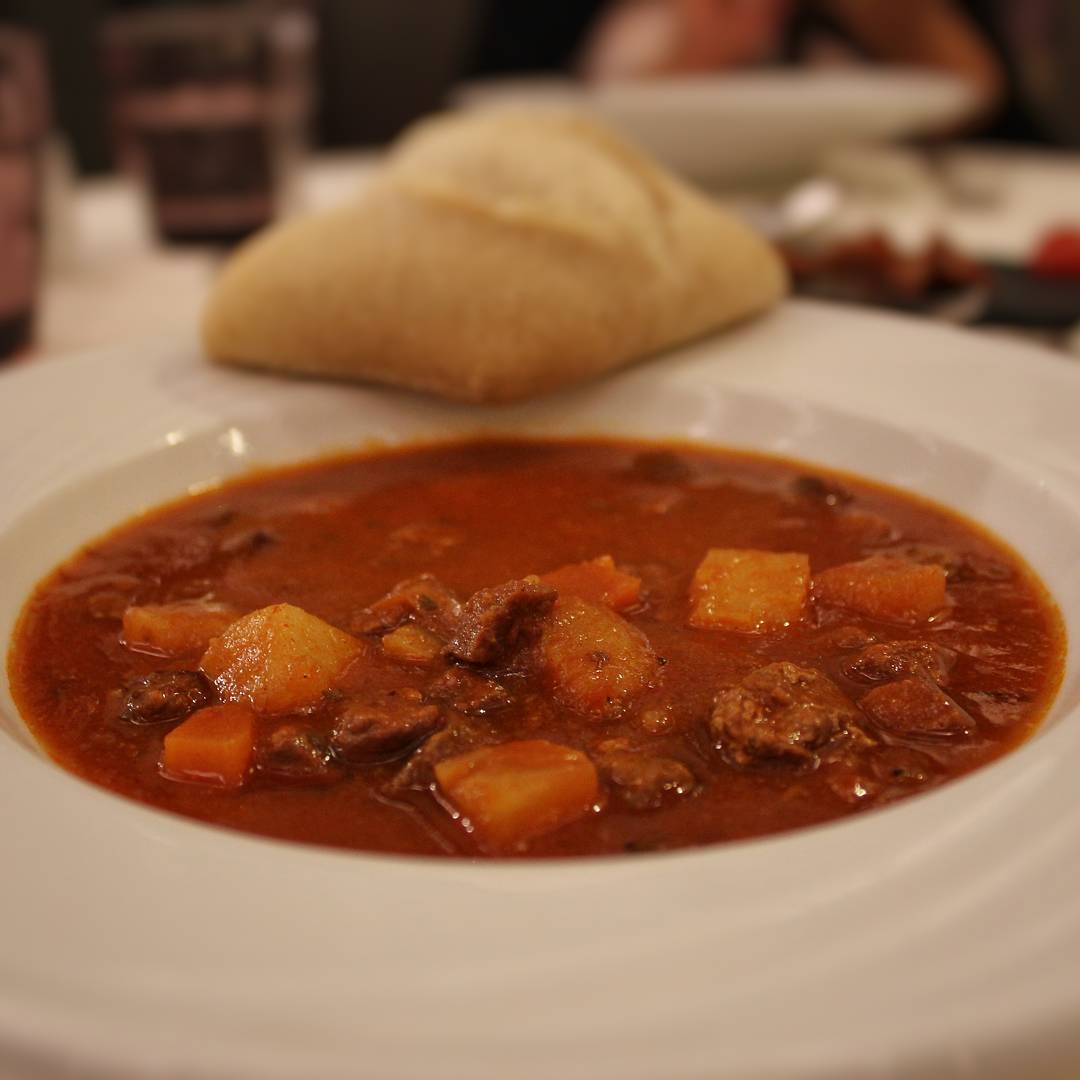 The hearty Hungarians have been eating goulash for centuries. It’s usually a thick stew (or sometimes a soup) with meat and vegetables, seasoned with paprika. It’s best served in a bread bowl and with a beer.

Slovenia might not first come to mind as a culinary destination, but the country’s unique placement in central Europe means Slovenian cuisine has taken the best of its neighbouring countries’ cuisines. Located between the Mediterranean, the Alps and ancient Roman sites, you’ll find amazing prosciutto, fine cheeses and hearty meat dishes in Slovenia.

But it’s not all savory, the sweets are good too. And the best of the best is a crepe-like dish called Štruklji. These cottage cheese pancakes are made with tarragon (usually reserved for savory dishes) and they’re unique to Ljubljana (the capital). Learn more about Slovenia cuisine on the Ljubljana website. 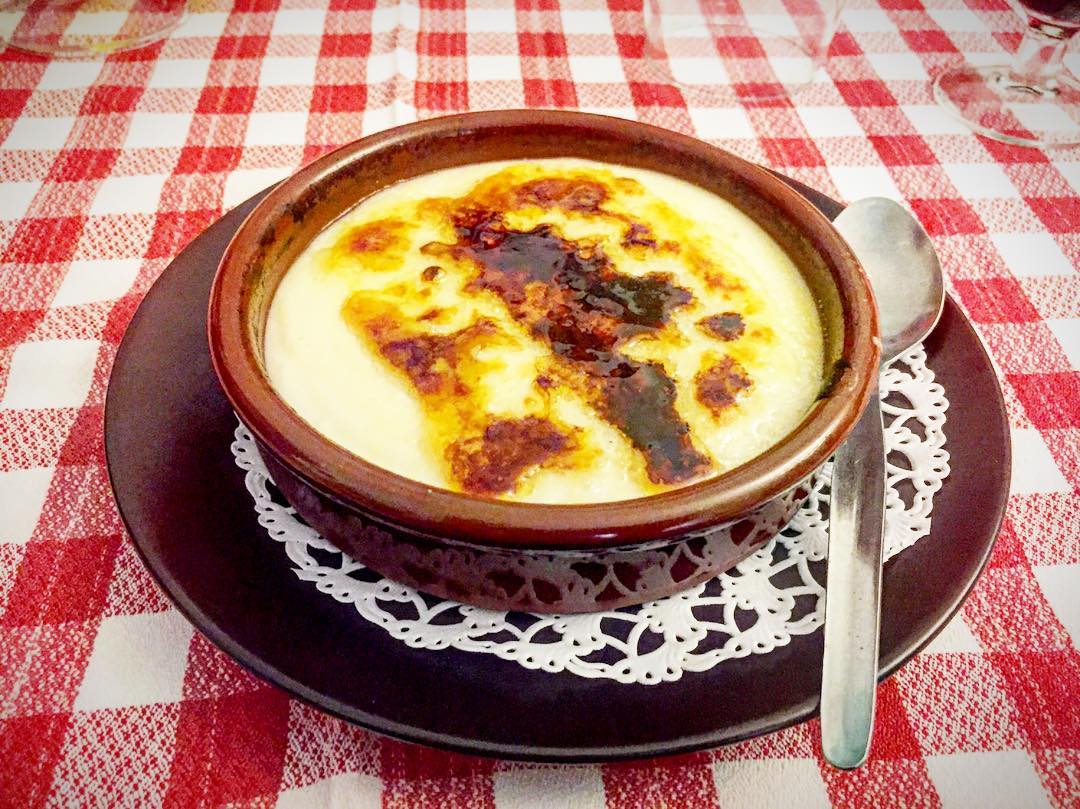 In accordance with tradition, crème brulee may be very French, but the best custard dish (with burnt caramel) comes from Spain’s northern state of Catalonia. The two countries dispute which came first, but Crème Catalan is cooked on the stove rather than the oven. Just about any trendy restaurant in Barcelona will serve the dish. 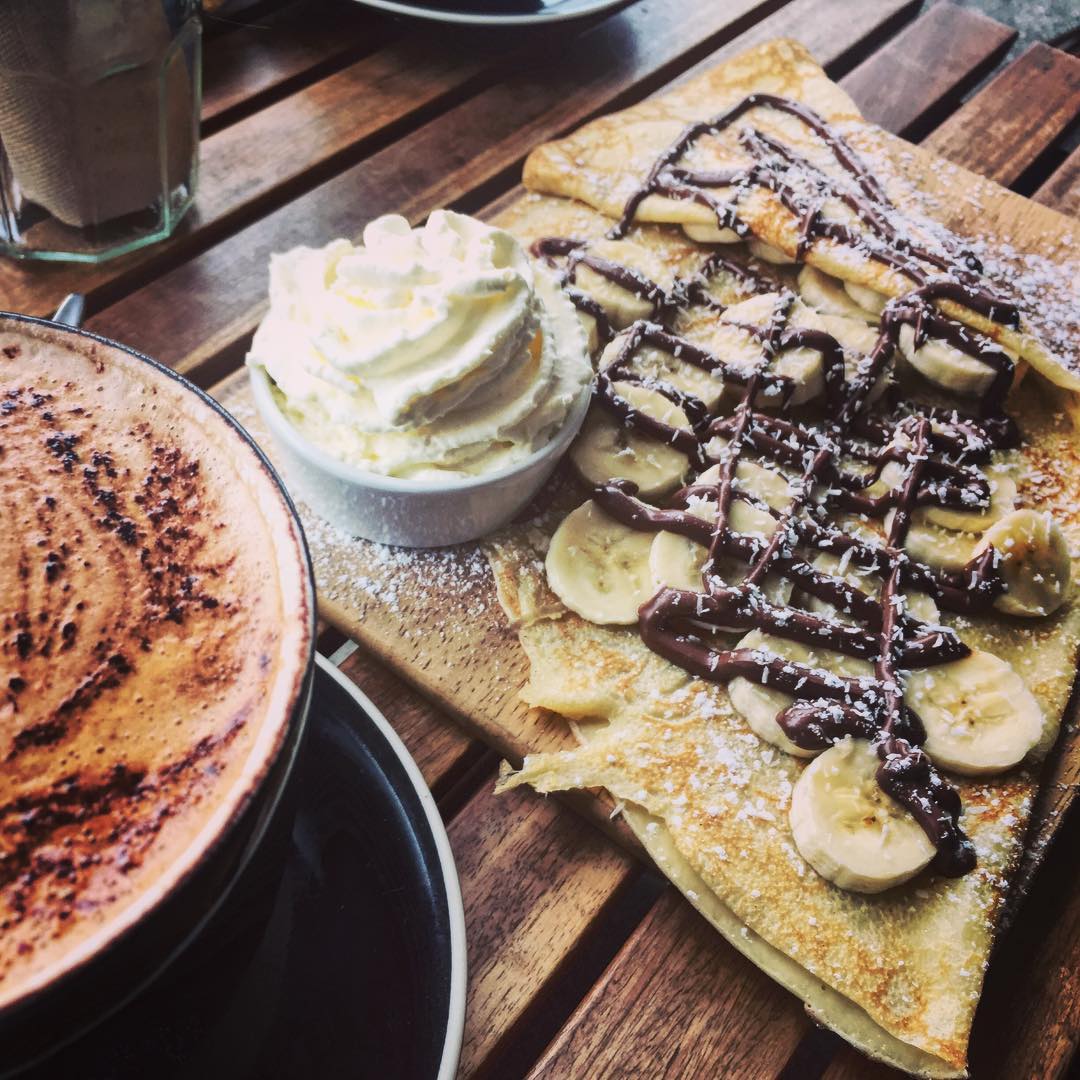 Besides baguettes, there’s nothing more French than a crepe—savoury or sweet. The best crepes are the simplest ones and can be found throughout France — we like the ones with Nutella on the inside! 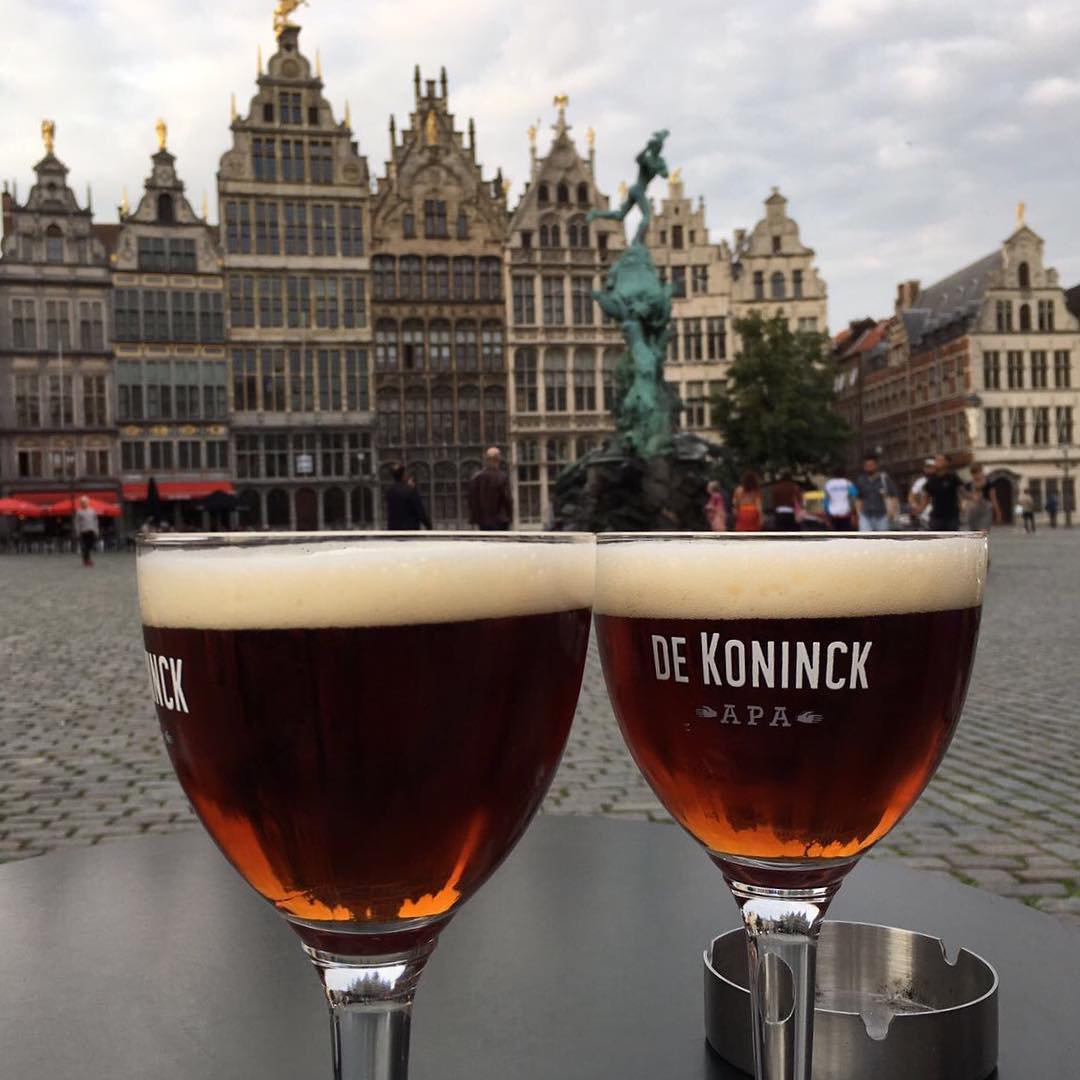 Okay, so beer isn’t a food. But if you’ve been to Belgium, you’ll know that beer is practically a meal here. In a country with over 150 different breweries, Belgium is spoiled for choice in types of beer. Belgium tourism has a handy guide to the many different beer breweries, festivals and tours on their website. 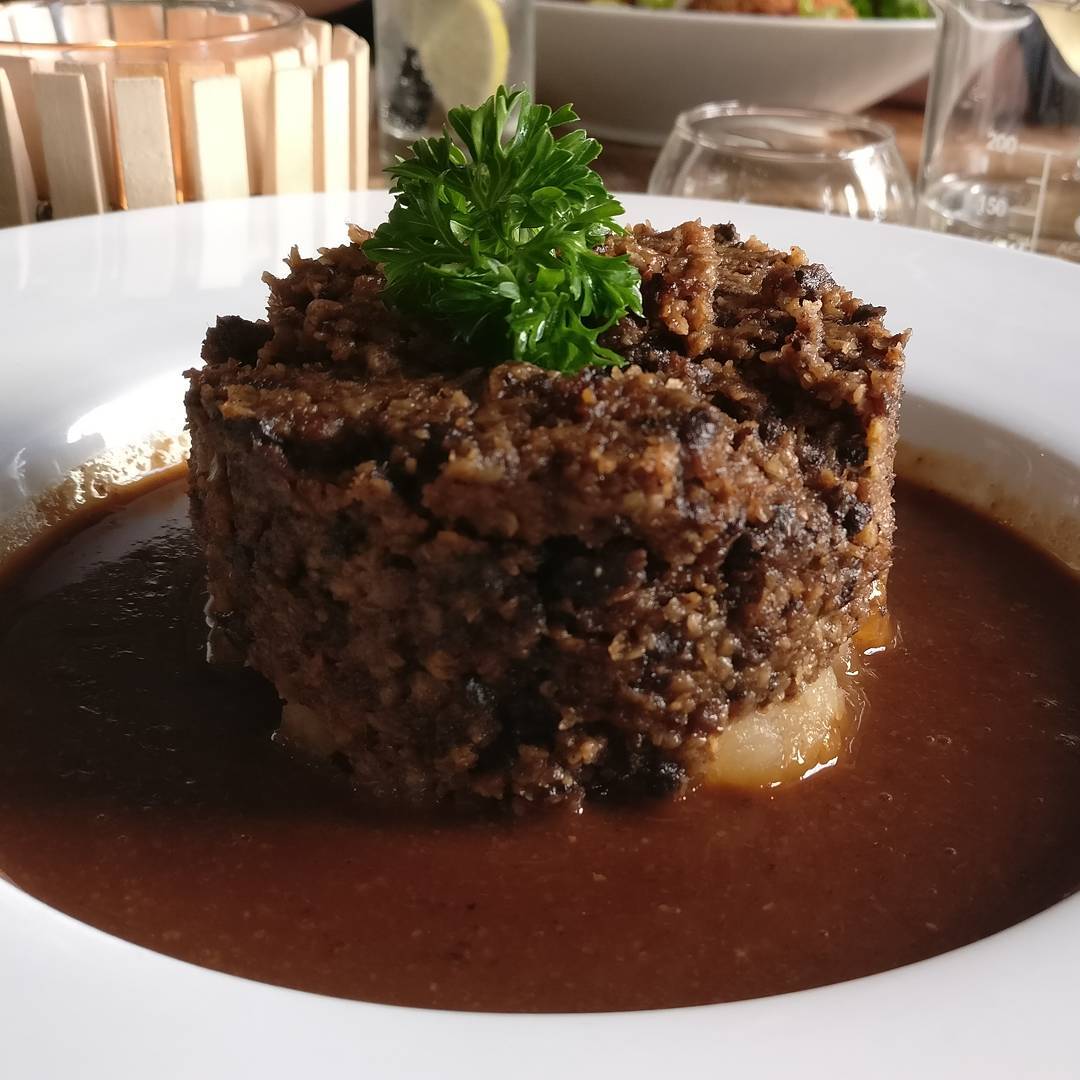 Sheep’s stomach stuffed with oats and other spices? Don’t let the description scare you —you just might be surprised how tasty it actually is! In Edinburgh, you can even get haggis burgers! And if you don’t care for stuffed sheep stomach, there’s always deep-fried EVERYTHING in Scotland. 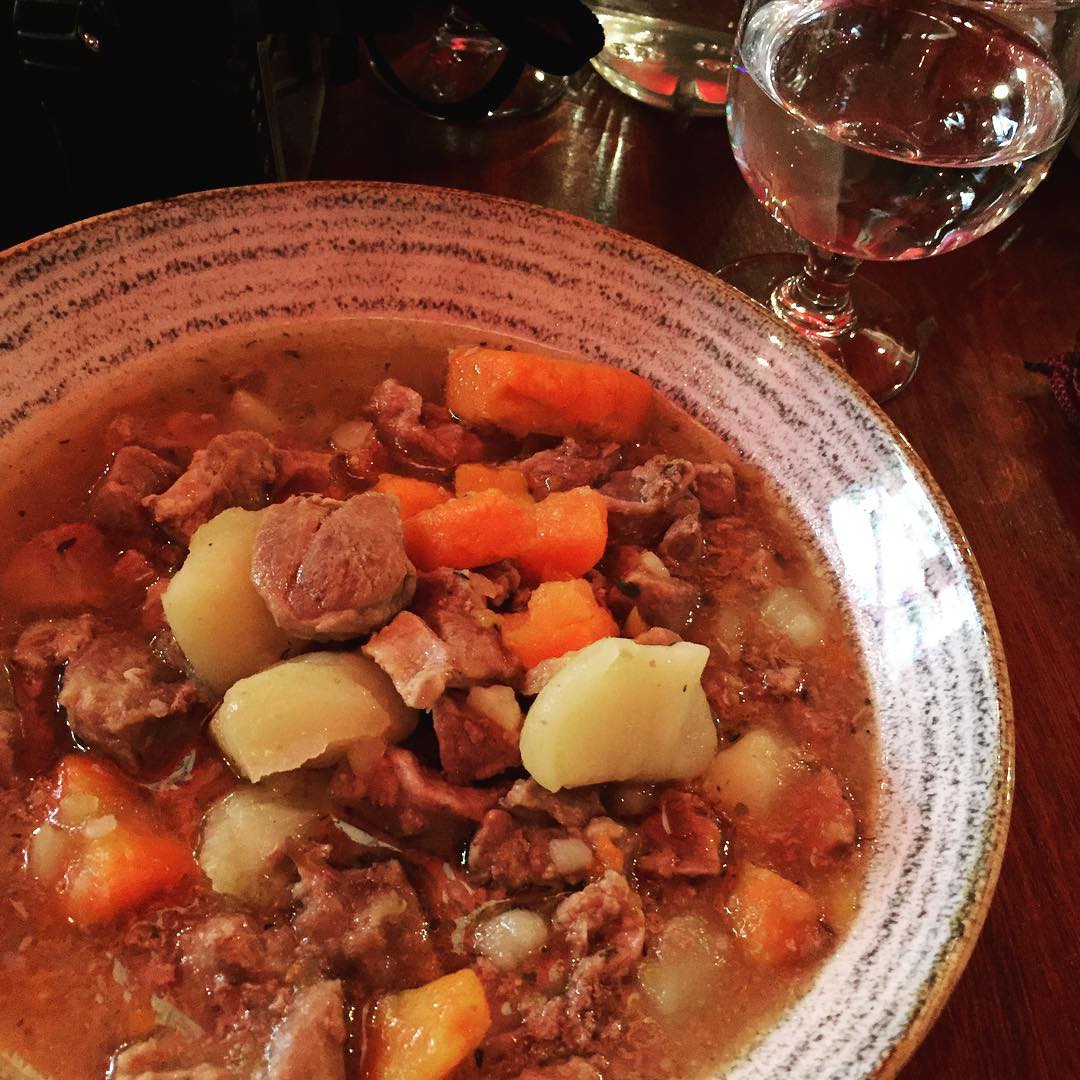 Maybe it’s the famously blustery Irish weather, but there’s little better than a good Irish stew on a wet day in Ireland. (And really – most days are wet!) Traditionally made from lamb, this stew is best when it comes with a Guinness. 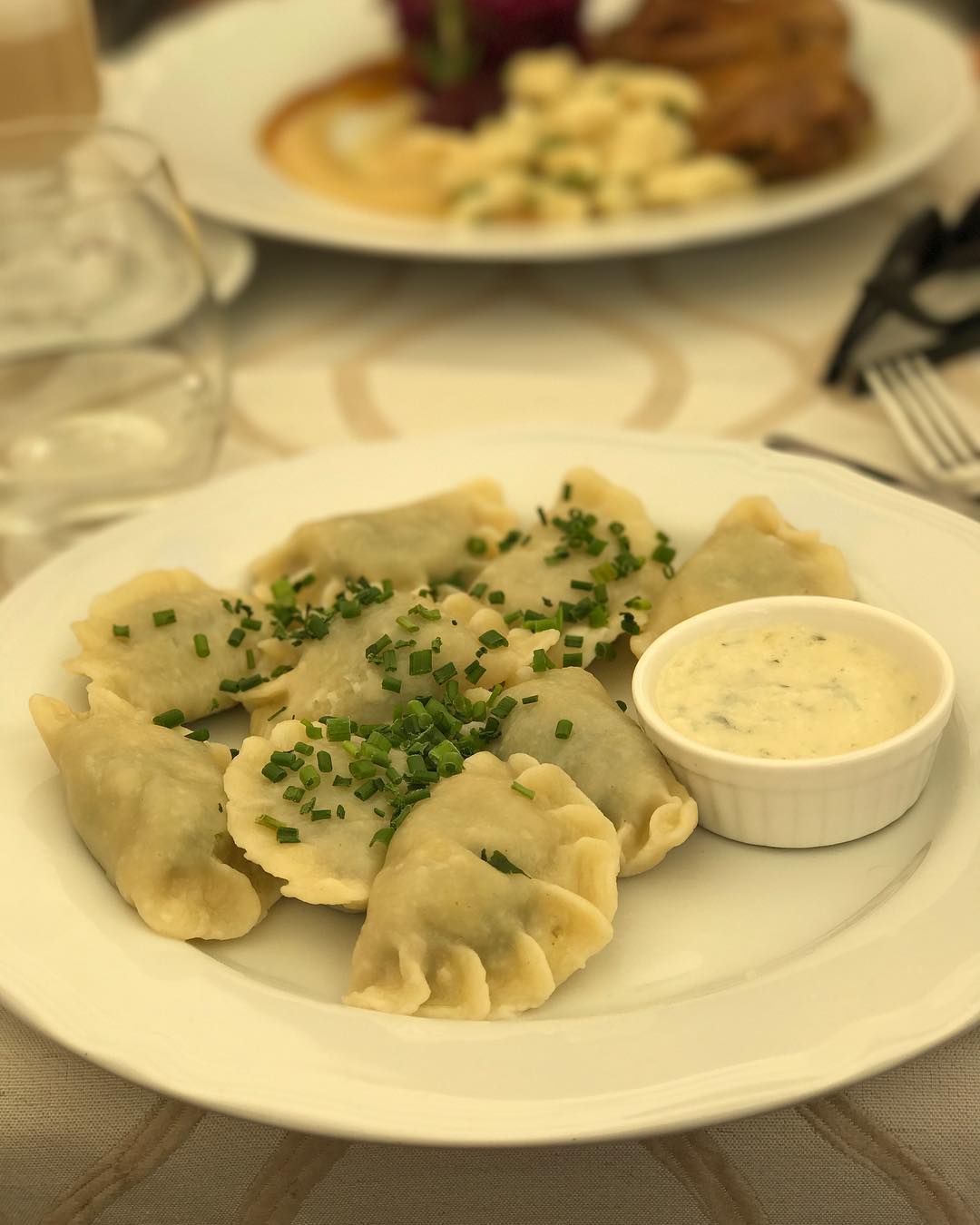 It seems every culture in the world has some sort of dumplings dish and in Poland, it’s called a pierogi. They come in hundreds of varieties, but most traditionally they’re baked or fired in butter with onions — and almost always served with sauerkraut! They can be vegetarian (in Poland, that means potatoes) or with ground meat. Entire restaurants are dedicated to pierogi! 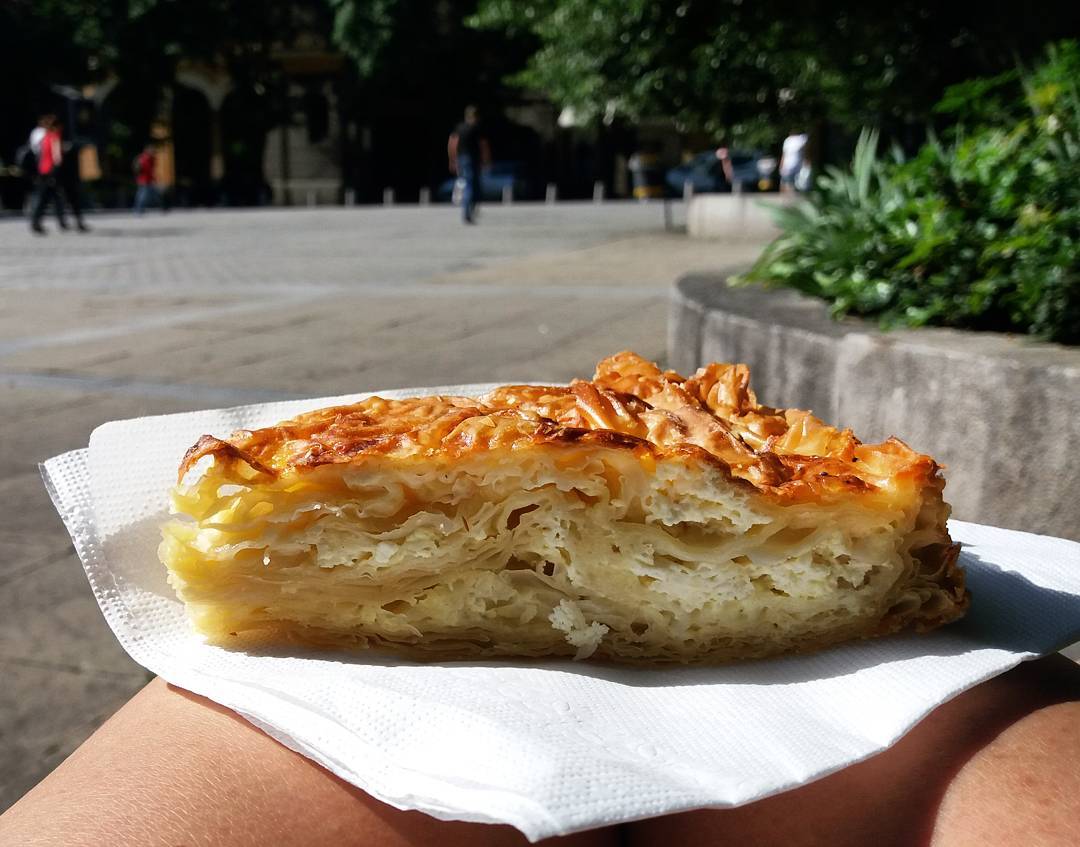 The best of Bulgarian food lies in its Banitsa (Баница), a mixture of eggs, Bulgarian feta cheese and filo pastry baked in an oven. Served as a breakfast food, it can be eaten hot or cold, but it’s delicious at any time of day. Banitsa with spinach (spanachena banitsa), milk (mlechna banitsa) or pumpkin (tikvenik/Тиквеник) are all excellent choices, and there are plenty of special bakeries just for banitsa throughout Bulgaria.

What’s your favourite European food? Tell us in the comments…

Adam Groffman is a globetrotter and self-styled hipster. He covers city trips in Europe and around the world, writing about food, festivals, nightlife and LGBT tourism on his personal travel blog, Travels of Adam and is the editor of My Gay Travel Guide. When he’s not eating, he’s usually out exploring the coolest bars and clubs. You’ll find him most often in Berlin, Germany or on Twitter at@travelsofadam. 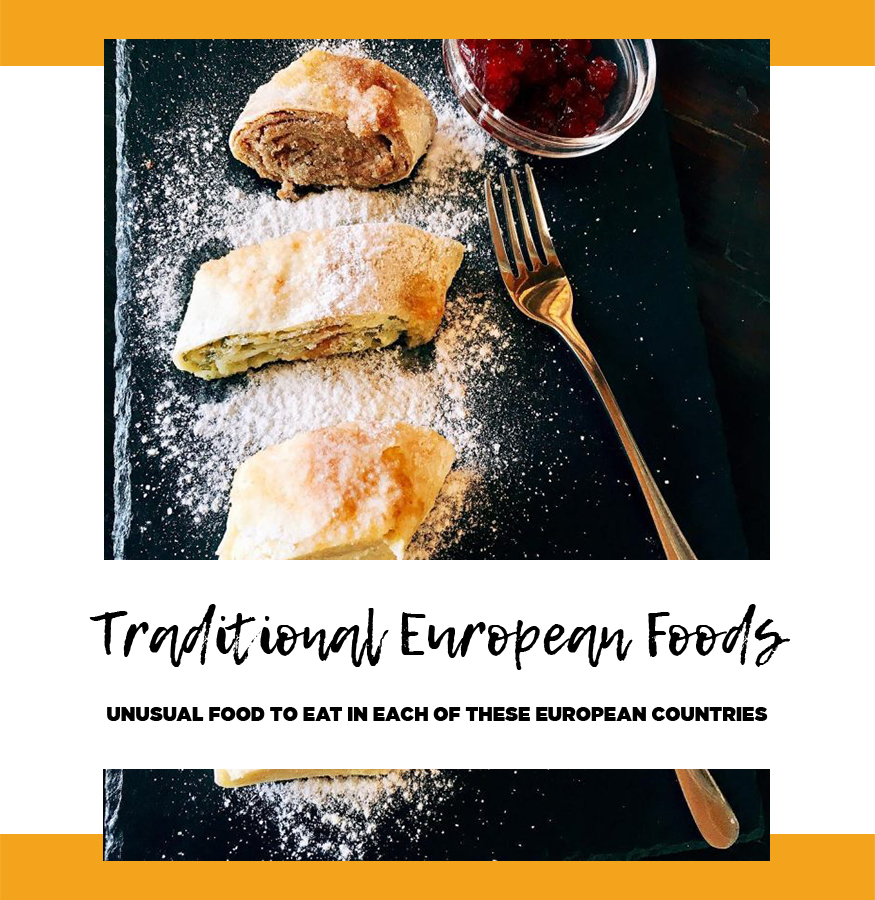