You may be wondering how hostels kept their sociable magic in these weird times, well don’t worry, these hostels exemplify the sociable experiences that hostels are famous for. The panel of HOSCARs judges have selected the following five hostels as finalists for the EXTRAORDINARY Sociable Experience award and now we are asking YOU to vote for your favourite. Let’s celebrate the hostels and their drive to keep giving you the true hostel experience and remember, by voting, you’re in with a chance of winning a Wanderlust prize. 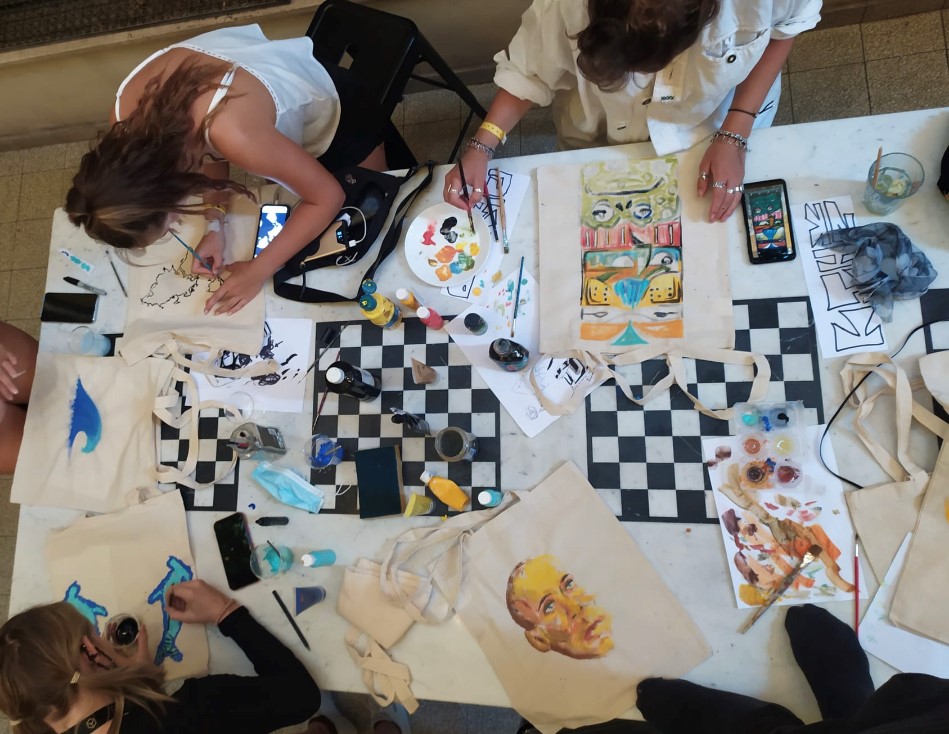 Based in the heart of Rome, YellowSquare are well known for their night club and wild nights, burlesque shows, live rock bands and karaoke sessions. Well instead of hanging up their sociable crown, they acted fast to create a whole heap of events and experiences that kept travellers mingling in a 2020 safe way. Recognising that music and art are pretty much essential to keeping spirits high, they had real-life events, that guests could get involved in safely. Art classes, tiny concerts, music lessons and karaoke were all still on the menu at YellowSquare. They didn’t stop there though, they also introduced ‘YellowShare’, an online platform where their talented staff and guests host a tonne of experiences. Wanna make pasta from scratch? Learn a new language? Create a new cocktail? YellowShare has all these experiences, plus so much more! 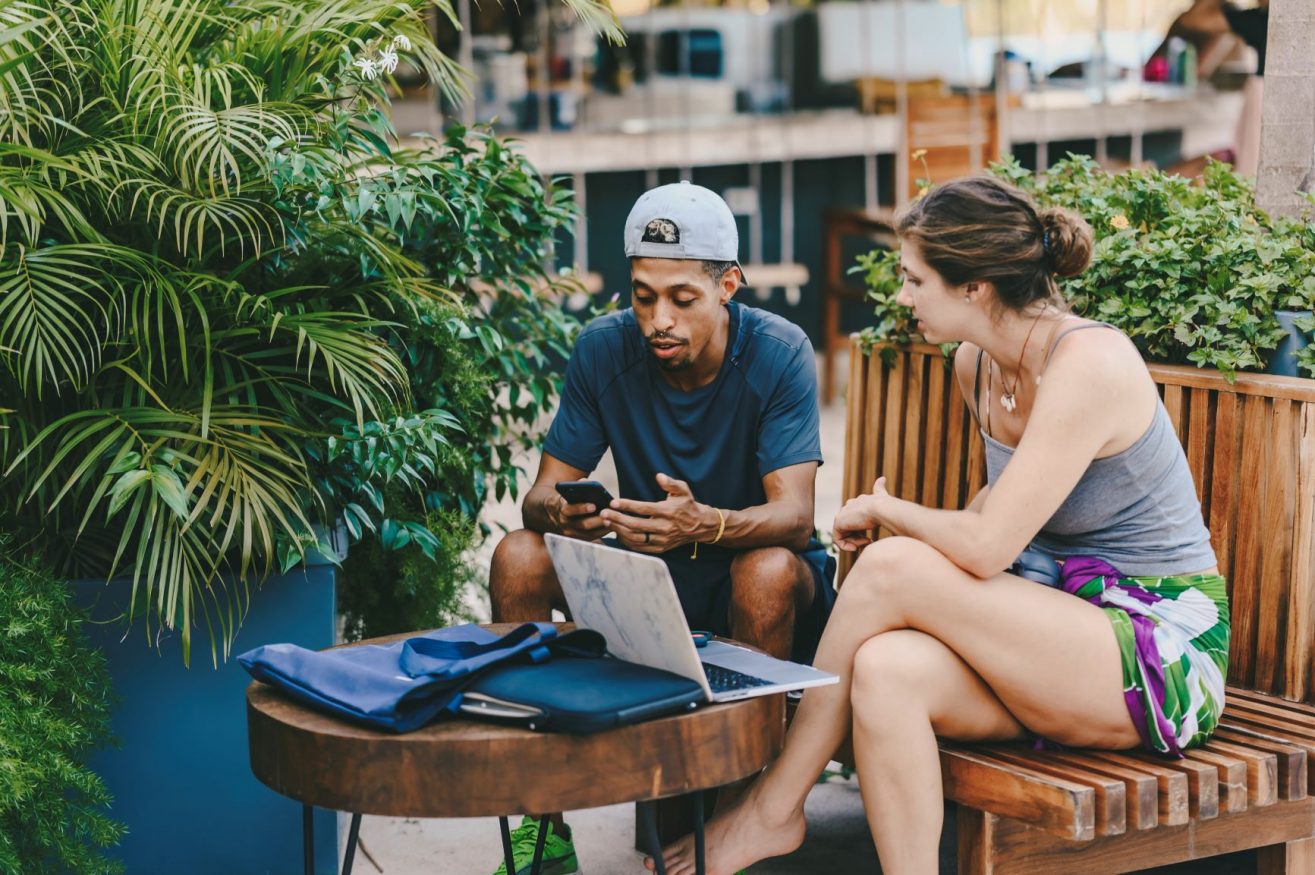 Travellers head to Mayan Monkey Hostel Cancún for their famous BBQ pool parties, Insta-friendly sunsets and to stay in Cancún’s party district. When the pandemic reached Mexico, and travellers’ priorities switched from parties to safety, they worked with the local embassy to ensure stranded travellers had somewhere safe to stay. Hostel staff recognised their guests were a long way from home and keeping them relaxed and connected was important for their mental health. So, every single day they held events, keeping travellers entertained with yoga, aerobics, movie nights, Spanish lessons, games, and meditation. The resilient staff promoted high spirits, tranquillity, kindness and respect and we hear some incredible friendships were formed during this time. 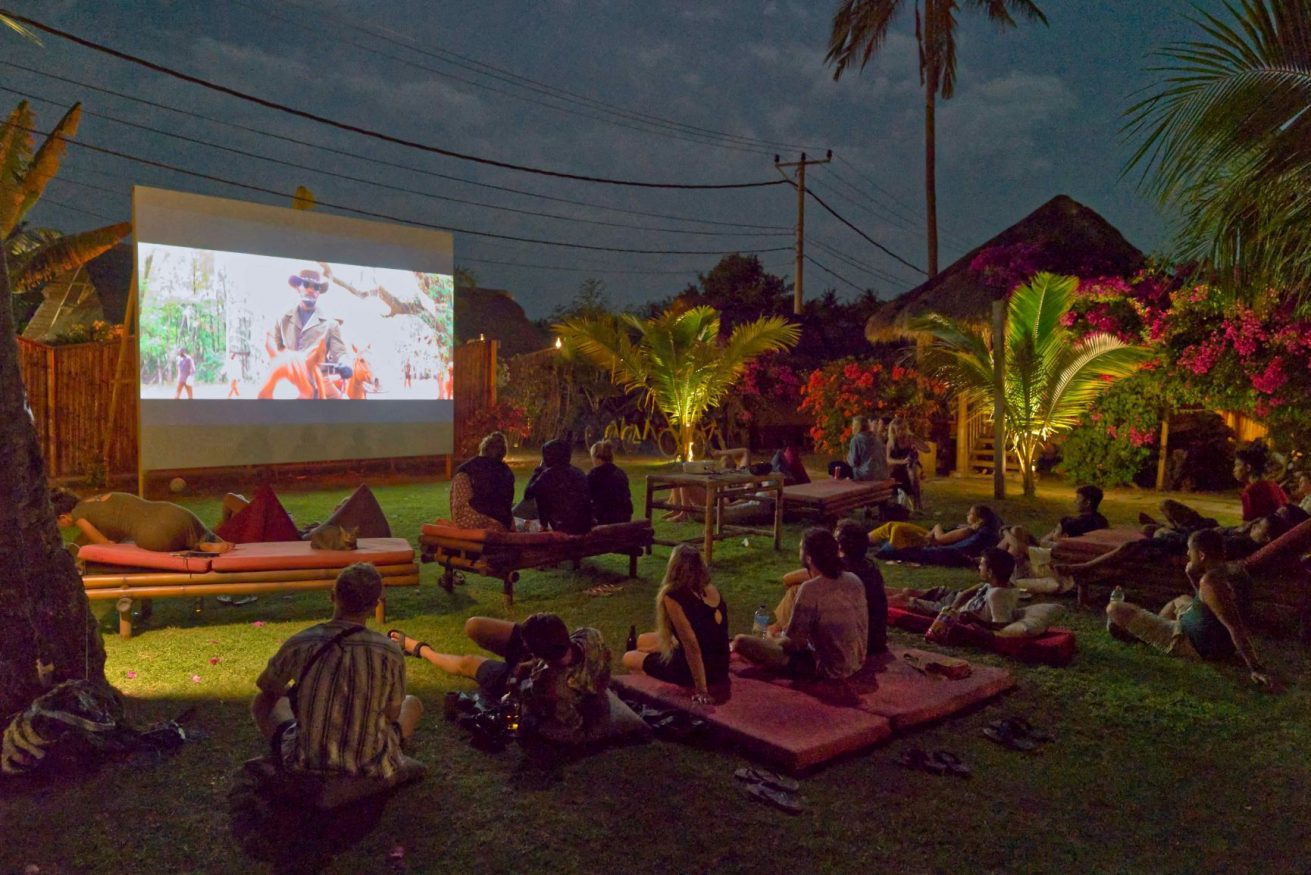 Gili Air… even the island’s name makes you want to do a deep exhale! Anyway, the Gili Islands, off the coast of Bali, have long been on the traveller trail. Begadang Gili Air has secured itself as a backpacker favourite, with its huge mushroom-shaped pool, buzzy atmosphere, and the wizardry some hostels just have in cementing life-long friendships. If you’re curious, ‘Begadang’ means ‘to stay up all night talking’ in Indonesian, which probably tells you all you need to know about this hostel’s vibe. Instead of shutting its doors when borders closed, this hostel made sure that the few guests they had, their staff, and locals too, had plenty to stay positive about. They built a new bar and created space by turning an old shower block into a darts area, holding monthly tournaments. Every week they hosted a Moonlight Cinema, which was free for everyone on the island to join. Begadang quickly became Gili Air’s community hub, integrating locals and backpackers, something the team want to carry on once we’re all free to roam again. 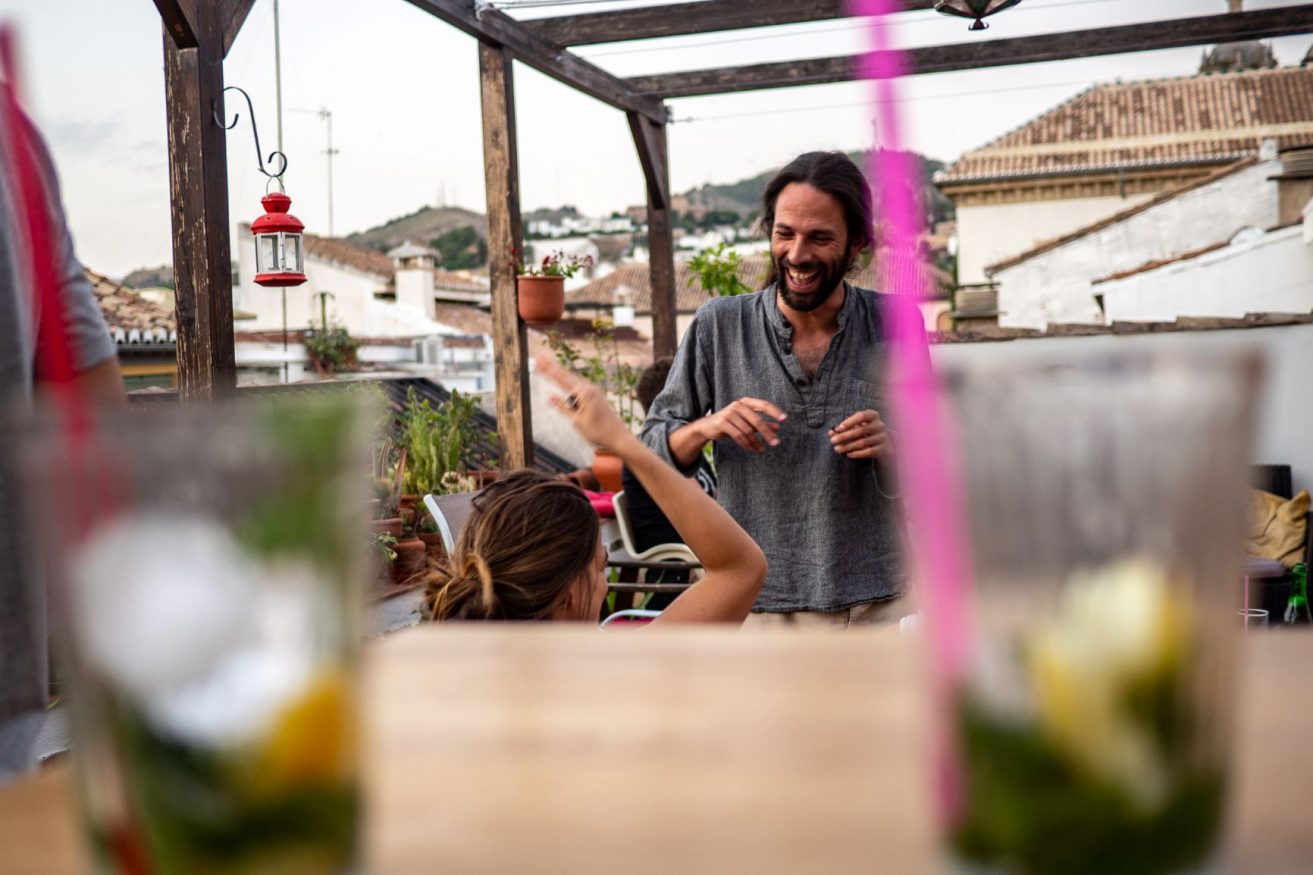 Oh, Granada with its cobbled streets and secret steps that lead to sun-drenched plazas, where musicians play, and the Alhambra Palace is this city’s skyline. El Granado Hostel is typical of its home city, and the laid-back, easy sociable vibe that you instantly associate with the Spanish region Andalucía. Travellers arrive and join the hostel’s sangria nights, tapas tours, flamenco shows and family dinners. This didn’t stop due to the 2020 shenanigans, although they made changes to make sure their guests were safe while staying social. They made changes to the hostel itself, turning a private apartment into a large common area, second kitchen and a second roof terrace too. They built a new bar on a roof terrace, helping guests socialise safely outside. As some restrictions lifted, they introduced language exchanges with locals, reintroduced their ‘cave-house tour’ in Granada’s much loved Sacromonte area, held concerts, craft markets and weekly yoga classes. Happy travellers all round! 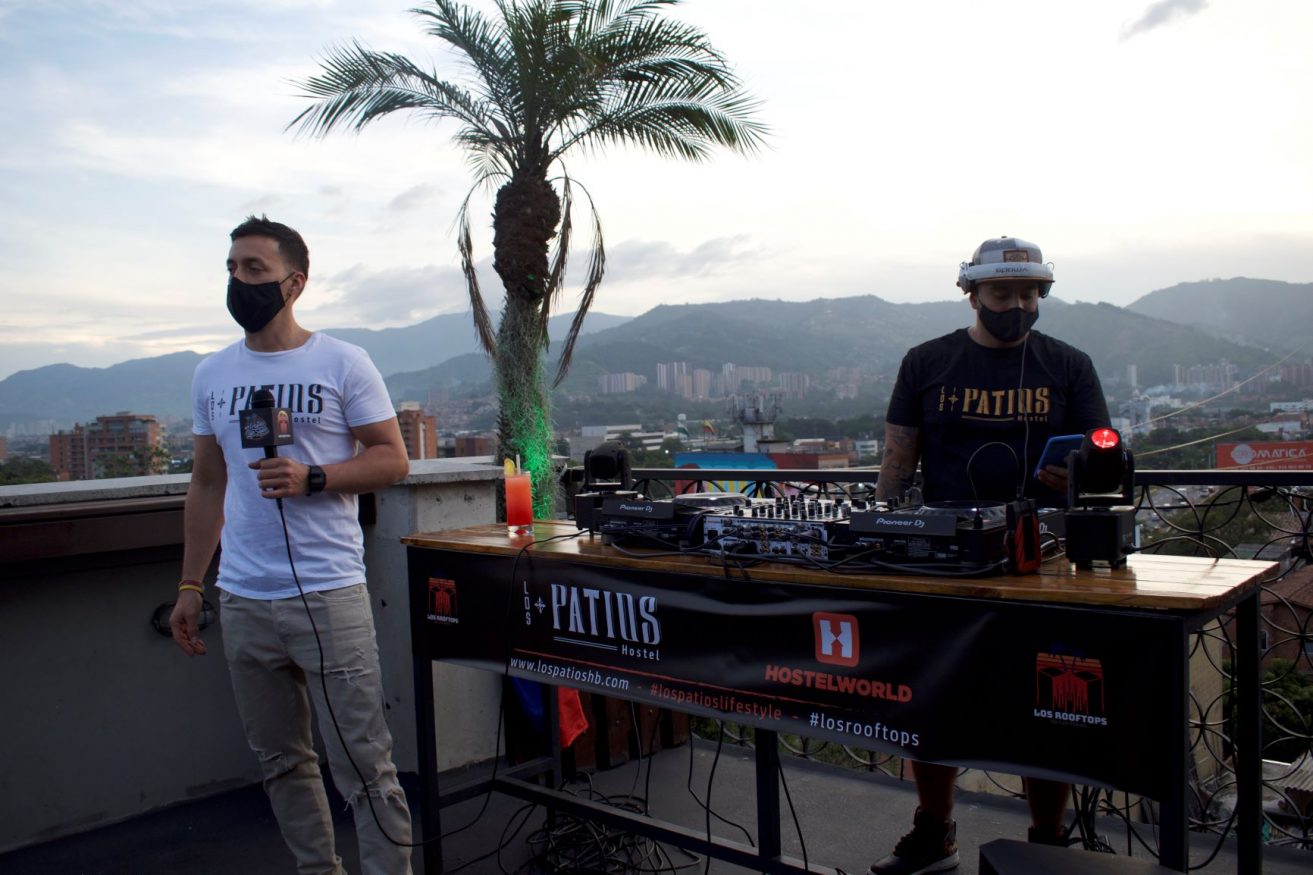 You’ll find Los Patios Hostel in the historic neighbourhood of Manila in Medellín, Colombia’s second-largest city nestled in the Aburrá Valley with the Andes Mountain range dominating the landscape. We’re sure you’ll agree the location is second to none and if you mix that with the friendliest team, social vibes and a roof terrace with one of the most stunning views in the whole world (fact!), you’ve got yourself a fantastic hostel. Once they’d rearranged the hostel, to ensure it was safe to socially distance, they ramped up the activities. Local chefs and international travellers took turns hosting gastronomy nights, giving everyone a chance to travel via their taste buds. They invited artists from the local Fine Arts University to host exhibitions, showcasing the fresh talent from Colombia. Fitness sessions and yoga classes were held on the roof terrace (yep, the one with the insane views!). If all that isn’t enough, they also hosted DJs playing Colombian electronic beats, live-streamed to the world!

Have you cast your vote? Once you’re done, head back to explore more EXTRAORDINARY HOSCARs finalists, or have a read through their entries in these posts: