Mike and Alex are two normal guys with an extraordinary goal: To travel to all 192 nations in the world in 60 months. Together, they came up with the Global Degree: To graduate and earn your degree, you must visit every country in the world. Follow their epic adventures around the globe on their YouTube channel and find out just how easy it is to follow in their footsteps! 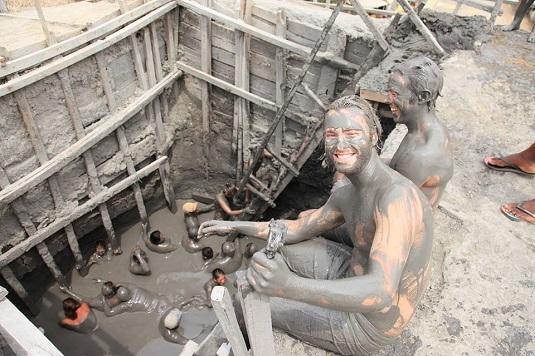 In season 1 they explored all of Central and South America – they went diving in Utila, got rubbed down in a mud volcano in Colombia and learnt how to surf in Costa Rica (well, sort of). For season 2 they’re headed to Asia and are looking for an intrepid female backpacker to join their bandwagon and attempt to become the youngest woman to visit every nation in the world. Enter now if you think you’ve got what it takes!

Why should people travel in their 20s?

You’re never too old to travel and learn new things about yourself and the world around you. But saying that, in your twenties you have the benefits of just starting out in your career, having fewer possessions, and fewer financial commitments (mortgages, car loans, etc).

What’s the first thing you do in a new country?

Arrive at the hostel and make friends with everybody! The benefit of the hostel culture is you’re among family the moment you arrive, and have a new crew to explore and party with before you even get to put your luggage down. 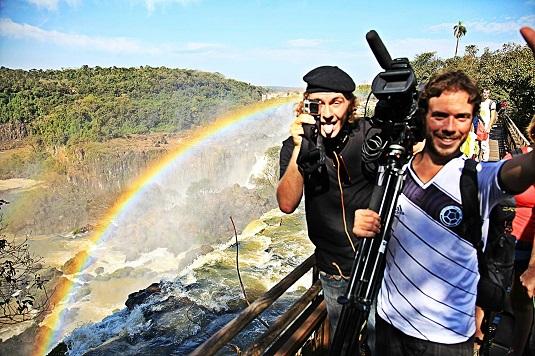 Which country would you like to go back to?

Argentina. Alex is considered a celebrity down there after the motochorro video. It really says something about a nation when thousands of its people contact us apologizing about a bad experience we had, and offering us free tango lessons and barbecues when we come back. LOL.

Amigos, what’s the best way to stay safe while traveling?

Some top tips to avoid having your own “MIGO MIGO!” moments:

Which country has surprised you most so far?

Very short, round women wearing top hats everywhere? Witch doctors? Geysers, hot springs, and pink flamingos in the middle of a desert made out of salt? $0.30 burgers? Mountain biking down the world’s most dangerous road? Ya, Bolivia was a trip… 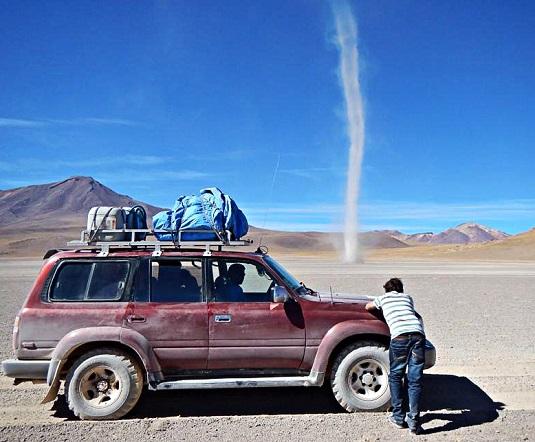 How can you afford to travel the world?

We both have relatively normal jobs: Alex is a bartender, and Mike purchases, fixes up, and rents out mobile homes. We just acknowledge that in order to travel this much we need to work hard and make sacrifices. Fewer weekends out with friends and expensive date nights. Working overtime. Saving up every dollar we can, which usually multiplies in its spending power when abroad. A cocktail at a restaurant in Vancouver is the same price as one night at a water-front hostel in Peru, or a week at a hostel on the beach in India.

How do you decide where to go in each country?

We do plenty of research online beforehand, and on arrival the first thing we do is ask at the hostel for local tips. Out and about, we usually run into locals or other travellers and find amazing and unique things to do with them.

One night in Panama, we got hired by the hostel to go promote in the streets for their 90s party. Alex was dressed as a construction worker with ridiculously over-sized sunglasses, and Mike was dressed as a cow. A random girl came up and tried to milk Mike, and it turns out they had just docked their 60-foot catamaran and were looking for something fun to do. We ended up becoming friends with the 65 year old German Captain, and had a huge party on their boat the next day for about 30 backpackers. The man said it was one of the best days of his entire life. Mission accomplished 🙂 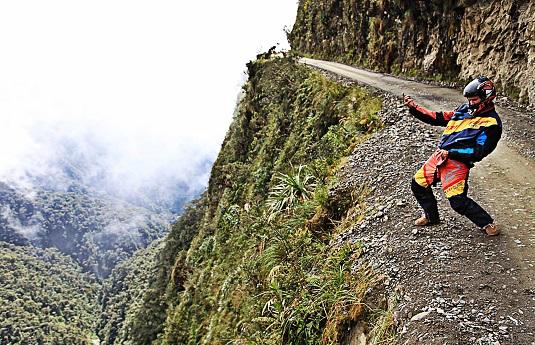 In season one you paid a visit to Graham Hughes, “the thinking woman’s Indiana Jones”, who has been to every country in the world without ever stepping foot on a plane. What was the most valuable advice he gave you?

Graham was a big inspiration for this entire trip. Some valuable tips that we gathered from him were:

Graham told us: “After travelling to every nation, I realized that either I am very, very, VERY lucky to have done it unharmed, or the world isn’t NEARLY as dangerous as we think it is.” We are firm believers of the latter. 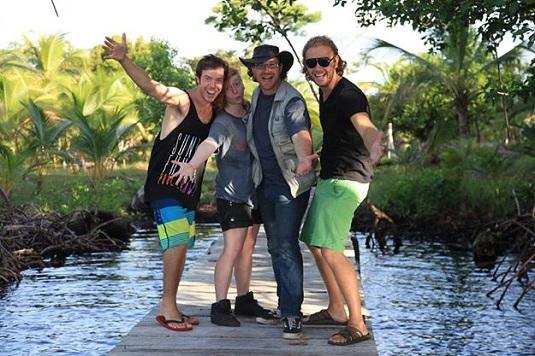 Graham won an island and named it “Jinja” in honour of his and his girlfriend’s hair colour. What would you name your island if you had one?

What’s the best hostel you’ve stayed in so far?

On this previous trip, the award would have to go to Mikaso Hotel in Lake Atitlan, Guatemala (pictured below). The place is perched right on the lake, and gives you a tranquil 180 degree view of the water and volcanoes. Games room, hot tubs, gormet kitchen. And did I mention it costs only $9 per night? It was so amazing, we made arap video about it! 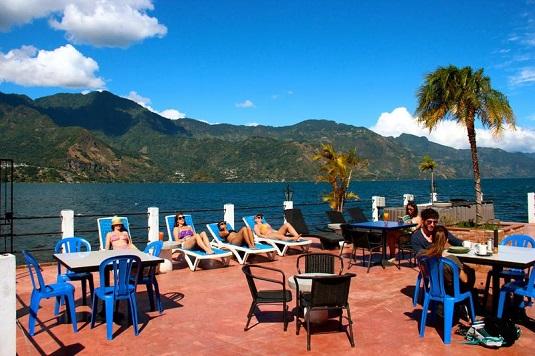 Any final words for all the backpackers out there considering getting their own Global Degree?

Welcome to the club! Stay optimistic, stay focused, and remember people want to help you in any way they can. Check out our episodes, and get in touch. We’d love to help you along the way.