True love lets nothing stand in its way. It transcends national boundaries, diplomatic animosities and cyber tyranny to bring two hearts together. This is more than mere poetic sentiments, it’s a living, breathing truth I found out for myself when I decided to travel to Iran earlier this year. Little did I know at the time that hitchhiking around “the axis of evil” would turn my whole world on its axis and change, not only the course of my overland backpacking trip, but the course of my very life.

Why Did I Travel to Iran on my Own? 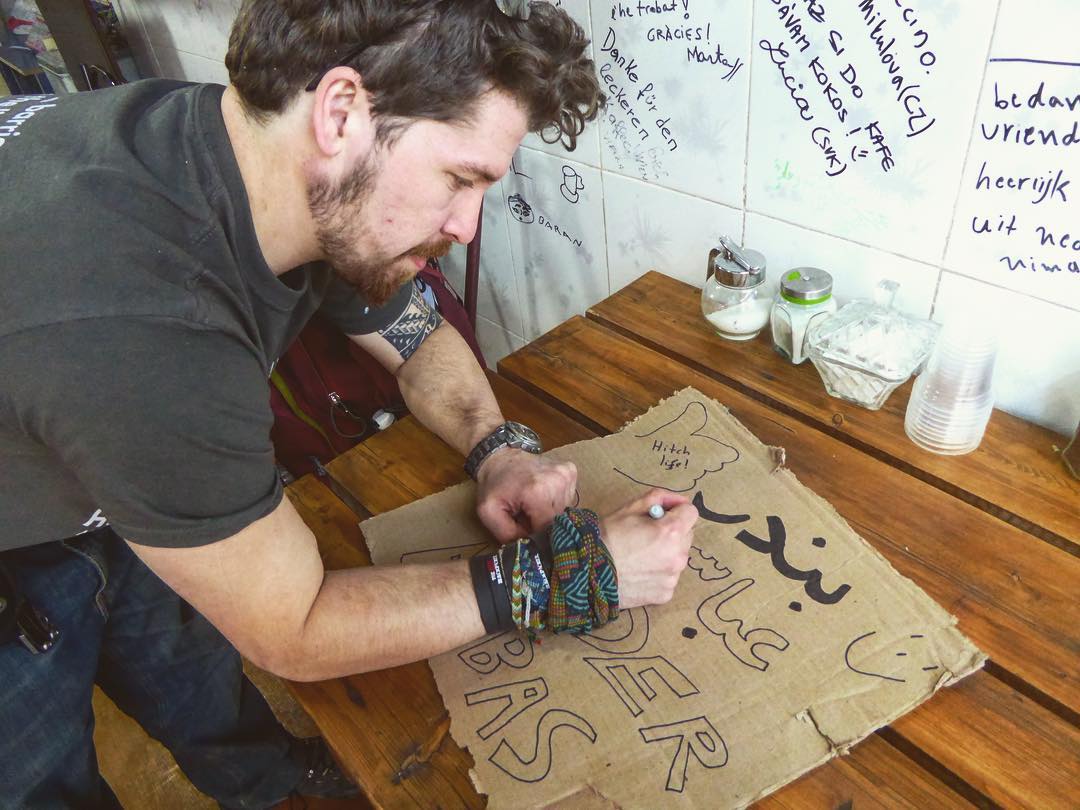 Some of you may know that I am currently on a 3 year overland trip from the UK towards South East Asia from where I will build a boat and sail to Papua New Guinea. This seemingly random and perhaps quixotic trip, was the brain-child of a drunken evening I spent in my parents’s spare bedroom in Brighton one autumn night armed with nothing but a head full of dreams and a big f***ing world map (and the liquor of course).

Beginning in Europe and entering Asia via Turkish Kurdistan, one of the things I was most excited about was visiting Iran; successor to the ancient Persian empire turned alleged “Rogue State” and scourge of the West. But there was a problem…

Warning: It’s Bloody Hard To Get A Visa For Iran 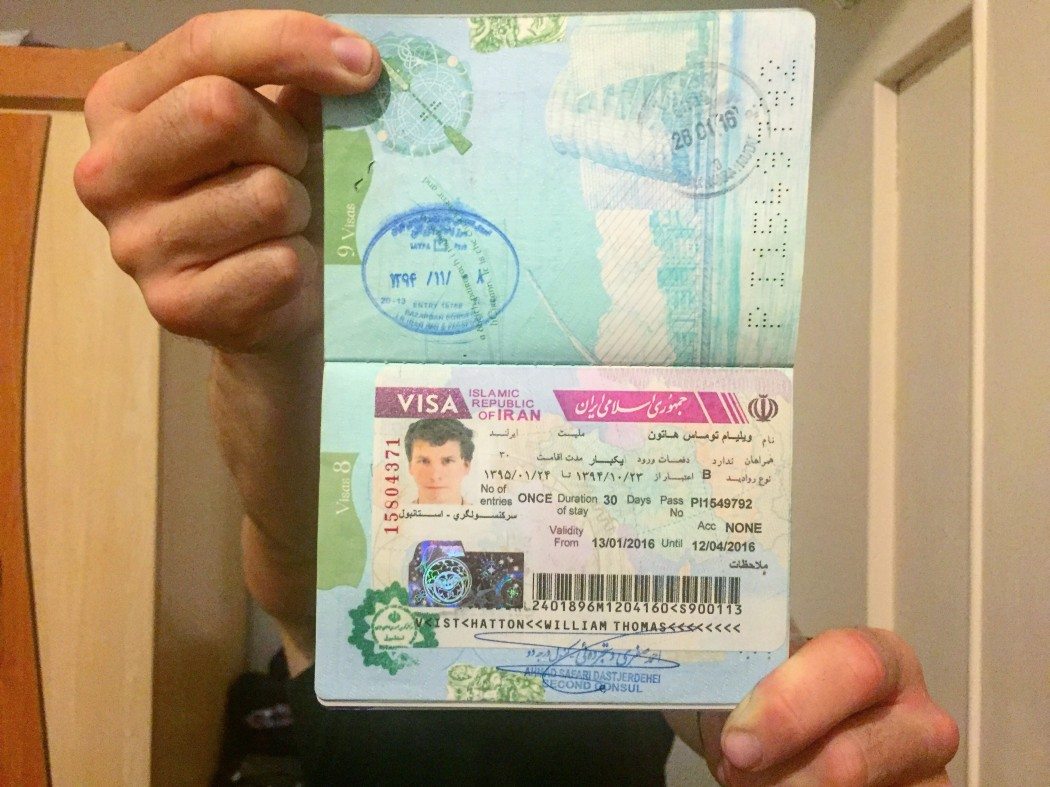 Because of Iran’s fraught relationship with the West, getting into the country isn’t exactly easy. My homeland of Great Britain has heavily sanctioned Iran and Iran in turn has responded by making it very difficult for UK passport holders to enter and travel unimpeded within its borders. Fortunately there was a solution to be had.

It is often estimated that around half of the population of the UK have Irish ancestry and I am one of them. Accordingly I’m entitled to obtain an Irish passport which I can hold in addition to my UK passport; talk about two passports for twice the travelling eh?!

Irish citizens have an easier time travelling to Iran (because Ireland wisely chooses not to meddle in Middle Eastern political affairs…) so by getting in touch with my roots, cultivating a taste for Guinness and obtaining an Irish passport, I knew that I could get into Iran on my own terms. 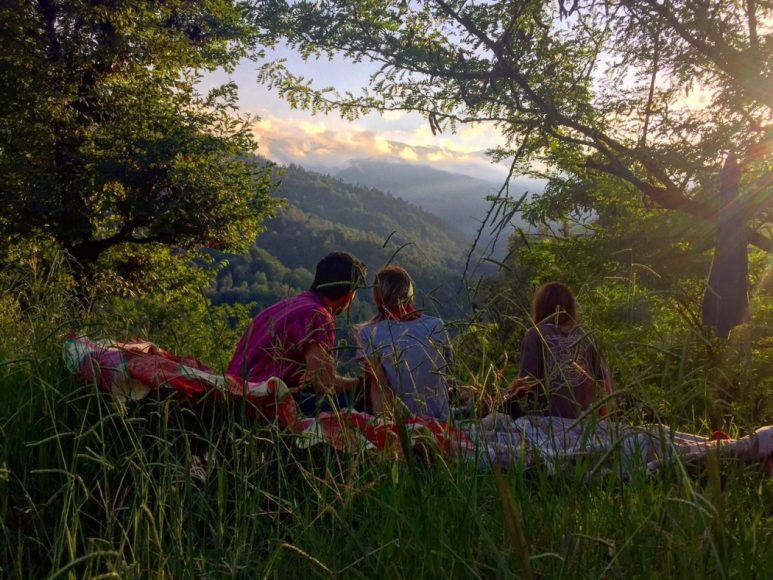 I entered Iran from Georgia, hitchhiking to Tabriz, and my first impressions were mixed when a well intended bus driver “helpfully” advised me to keep my mouth shut the whole time I was in Iran because people would apparently lynch me if they suspected I was a Westerner. Luckily, I soon found out that nothing was further from the truth and Iranians were curious, hospitable and thrilled that foreigners wanted to come see their beautiful country despite the international tensions. 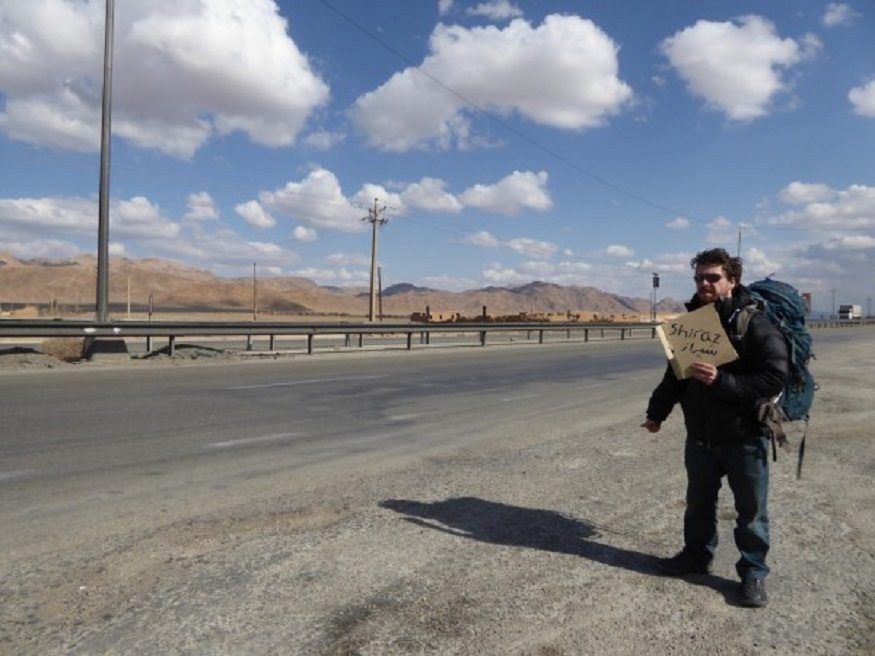 Whilst the locals were indeed very friendly, something was still missing and after a few days of travelling solo I realised I was in need of a special kind of friend. However, Iran is an Islamic theocracy so it doesn’t exactly have a thriving pick-up bar scene. Furthermore, this is 2016 and why inconvenience yourself going out and talking to people when you can search for a mate from the safety of your Smartphone? Naturally, I turned to Tinder…

Previously, I had toyed with the app on a few occasions back in Brighton (unsuccessfully) and in Berlin (with more success) so decided to give it a whirl in Tehran. However like many things, Tinder is banned in Iran owing to the regime’s fears that it will corrupt the country’s youth (and looking at the Tinder-addicted youth of Great Britain, the Ayatollah might have a point), but where there’s a will there’s a way and this Will was sure as hell going to find a way. 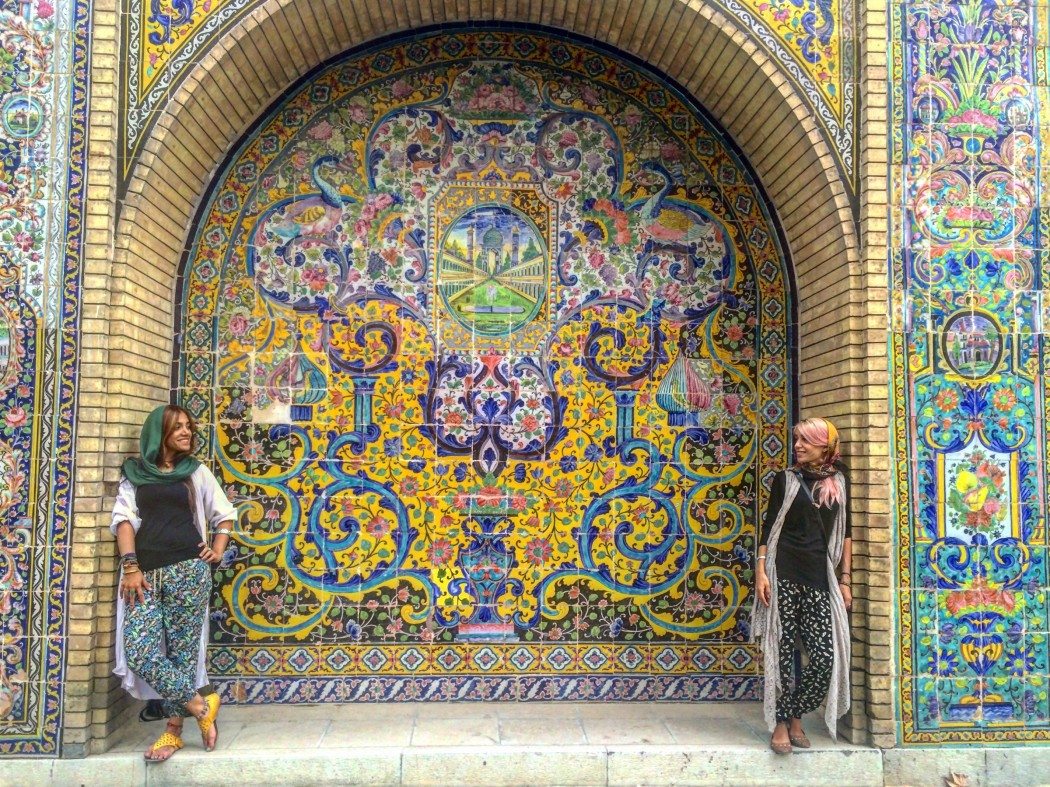 A VPN is a piece of software that anybody can install onto pretty much any device which gives them a new IP address by cleverly bouncing their location around the world. VPNs are typically used by cyber criminals, online gamblers and professional trolls… as well as digital nomads like me who need Facebook and the like in order to run their blogs. Because of the ban, there wasn’t exactly a huge amount of Tinder users and I had seemingly swiped every last Tehranese Tinderella in a matter of minutes. Fortunately, what Tinder in Tehran lacked in quantity, it certainly made up for in quality as confirmed when I came across Esme; an olive skinned Persian princess with just a hint of blue hair poking out from beneath her Hijab.

I messaged Esme hoping for the best and was pleased when she responded in perfect English. We hit it off and decided to meet for coffee in central Tehran. When we met up, it was immediately apparent that Esme was not your typical Persian girl. Maybe there was something about both being cyber-renegades, circumventing the surveillance system that assured our bond, but whatever the reasons, we talked the afternoon and then the evening away discussing our native cultures, our hopes and our dreams. 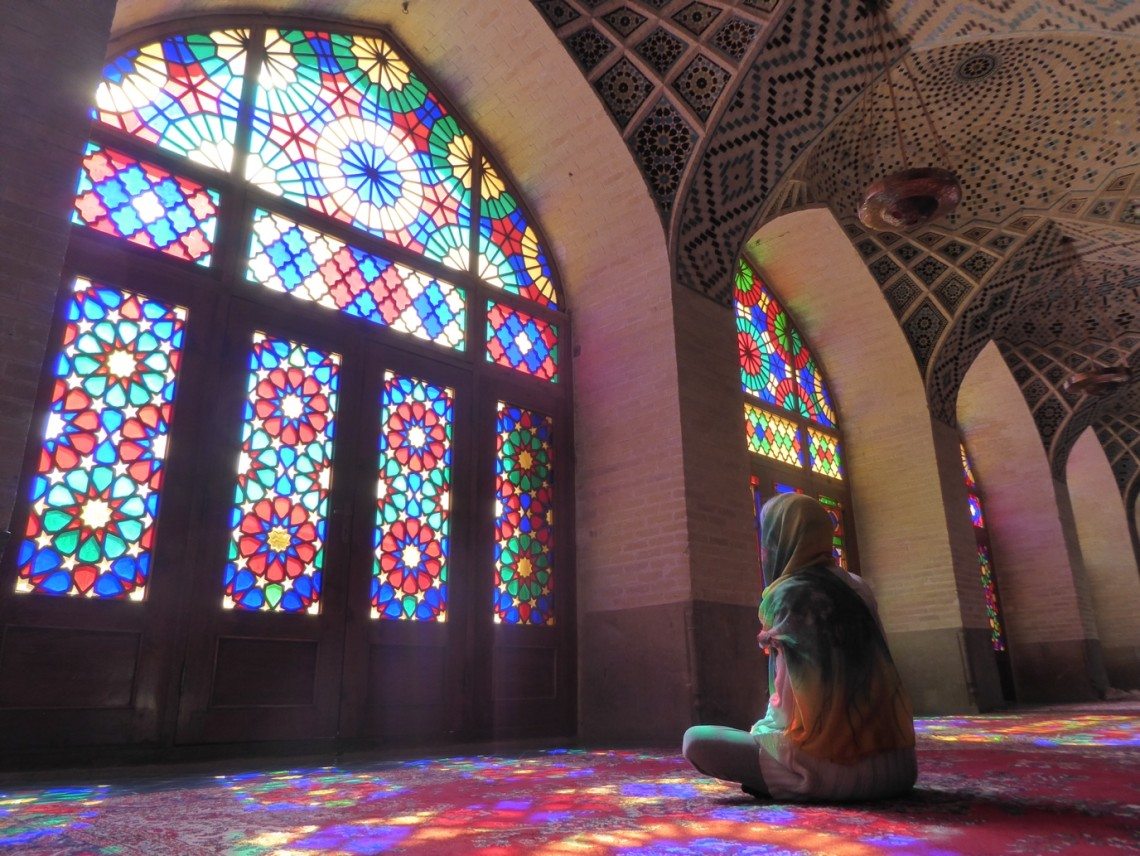 Whereas most first dates maybe end with an awkward peck on the lips and vague plans to call each other in a few days’ time, this one was different. A few days later I was standing on the roadside with Esme… preparing for a month of hitchhiking around Iran.

A Month Of Marriage In Iran

There was however one further hurdle to overcome… Another quirk of Iran’s conservative theocratic regime is that unmarried couples travelling together raise eyebrows and even risk the wrath of the religious police. We were certainly going to struggle to get a room together anyway. Fortunately, Esme had a cunning plan;

“We can get married”

Marriage! I liked Esme but, really? I had only just met her!

“It’s OK, its only a temporary marriage. They are permitted under Islamic law and it will expire in a month once you leave Iran”. 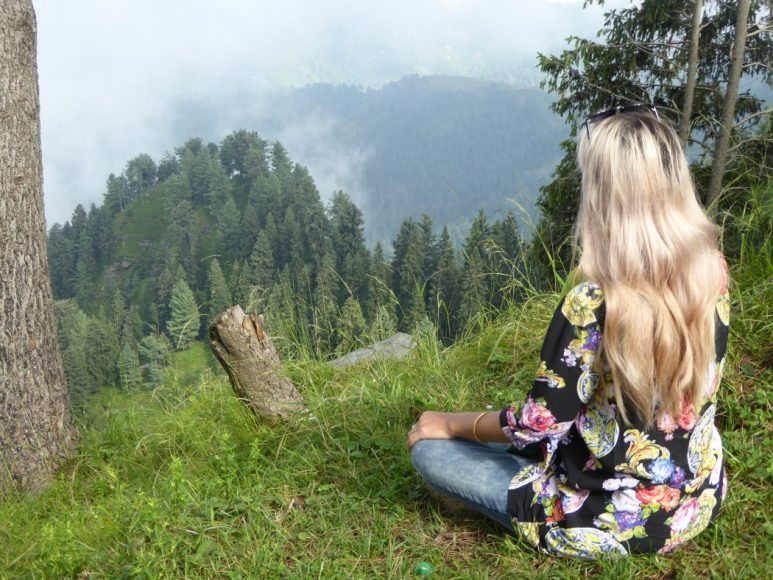 I was sold… Sort of. We spent the next day high-tailing around Tehran trying to seek out a liberal Mullah who would accept that my sudden conversion to Islam was a genuine call of faith and not just some blasphemous stunt to elope with a beautiful girl. One co-operative Mullah and $30 later, and we were married; at least for a while.

A few days later we departed, clutching our backpacks, and headed off to explore Iran together. Over the next weeks we took in the magnificent Shiraz region, the stunning, rainbow colored volcanic island of Hormuz (pictured below) and even crashed Iran’s underground party scene.

I Left My Heart In Iran

When the time came to leave Iran, I bade Esme a fond farewell and headed towards Pakistan allowing our marriage to expire. However, I just could not forget about my Persian hippy princess and we remained in regular contact. I soon arranged to meet Esme in India in a months time once my adventures in Pakistan had concluded.

The rest as they say, is also now Hatton history. Me and Esme met up in India, drove a multi-colured Tuk Tuk across the subcontinent, crossed back into Pakistan for a while and then returned to Iran where I met her family and we had a second, more permanent, wedding. I’m not due to return to England for some time now but when I do I can’t wait for Esme to meet my parents, I guess we’ll probably have to have a third wedding and, of course, my massive Irish family, to whom I owe my Irish citizenship and therefore this wonderful change in my life, will attend to watch me marry a Persian Princess from Absurdistan… It’ll be quite a party. 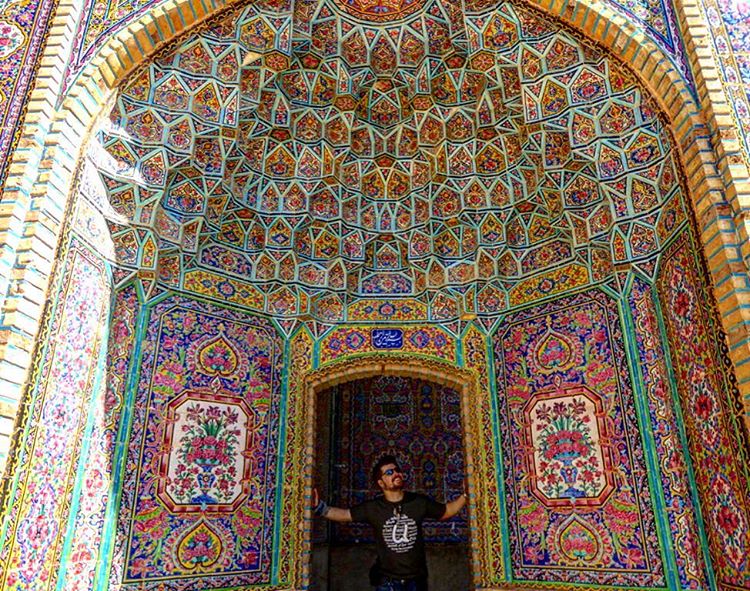 Thinking of travelling Iran solo but having doubts? Here are a few FAQs, but in short: don’t listen to the media, go see for yourself!

Is It Safe To Travel To Iran?

Absolutely. Despite its bad reputation in the international political arena, Iran / Tehran is an incredibly safe place for solo travellers. The Iranian people are friendly and hospitable and the firm rule of law ensures even more peace, serenity and order than most western countries. Iran is a hell of a lot safer than London that’s for sure.

Can Americans Travel To Iran?

The situation for the past years has been that Americans (like Britains) can visit Iran as part of an organised, state approved tour group and need to have a guide with them at all times. However, following the United States’s travel ban on Iranians, it seems likely that Iran may respond in kind. Check your embassy for up to date information. 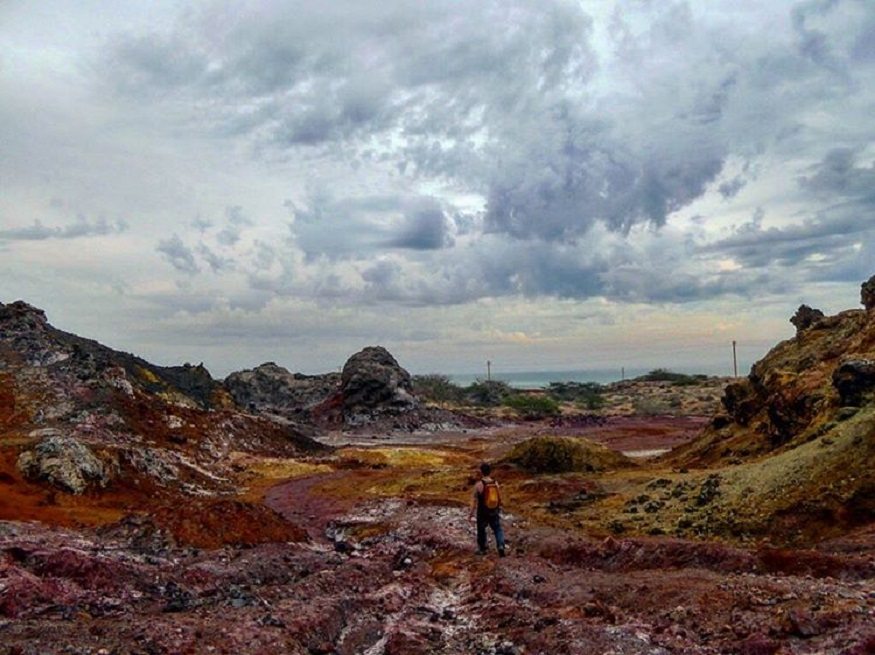 What Are the Best Things to Do in Iran?

Iran’s attractions are numerous, and you’ll undoubtedly end up extending your trip! A month is a good amount of time to backpack Iran on your own, and you should be able to see most of the country’s main attractions in that time. The chances are your trip will begin in Tehran, which is a fantastic place to spend a few days. The ancient ruins of Persepolis are the country’s headline attraction, although Kandovan, Iran’s answer to Cappadocia, is just as good for my money. Iran’s second city of Shiraz is home to the stunning  masjad-e Nasir-al-Molk Mosque and the magical, rainbow coloured island of Hormuz is perhaps the closest to heaven I have ever found on earth!

About the author
Will Hatton is currently on a 3 year solo travel adventure from the UK to Papua New Guinea. Follow along at The Broke Backpacker.