It has been a few years since the term “hipster” first entered our vocab. The word characterises a lifestyle of embracing the unknown and emphasising the uniqueness of the local world. We’ve put together a list of some neighbourhoods in incredible cities around the world that have similar characteristics, each with their own fascinating  particularities. 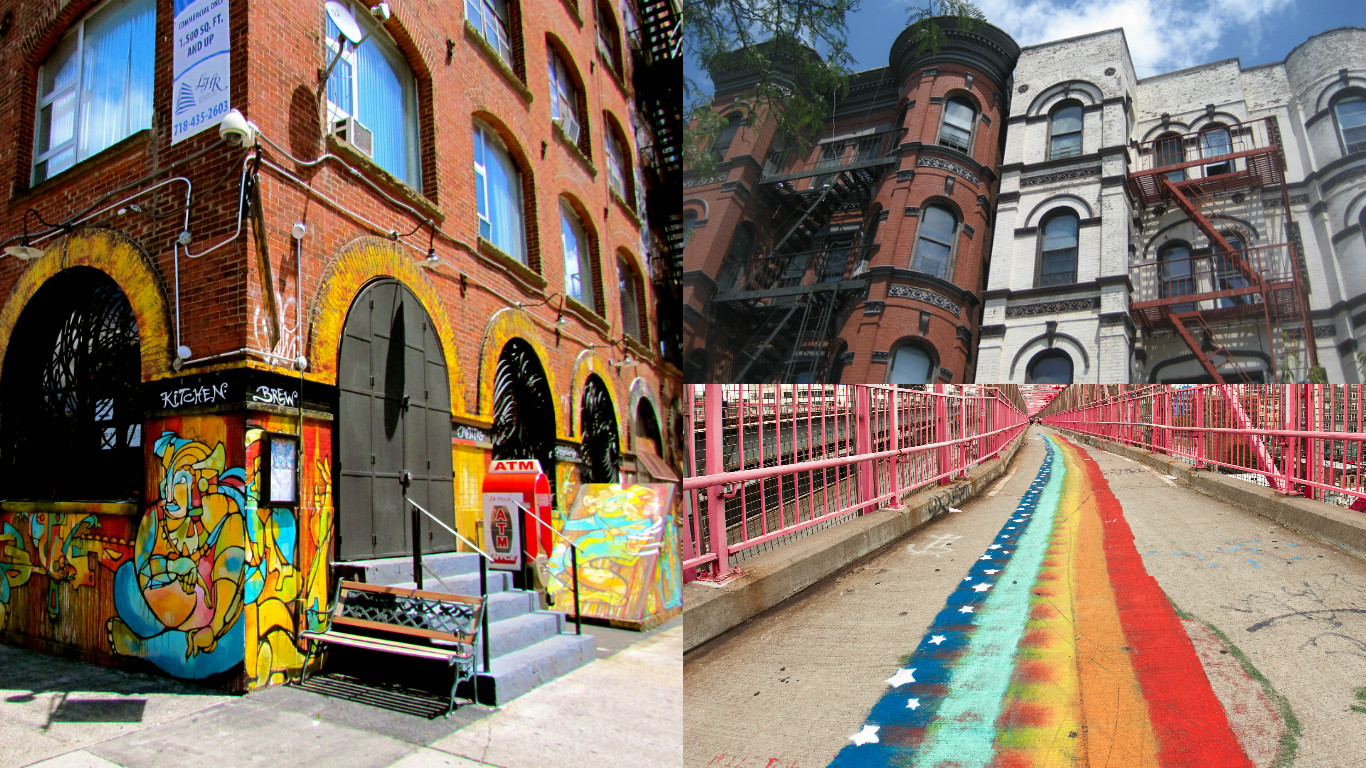 Williamsburg was once one of the more dangerous neighbourhoods in New York, but now it’s a thriving home for artists and people from all over the world. Take a little bike ride in the direction of the Pierogi gallery after a visit to the Artists & Fleas flea market. Next to Williamsburg you’ll find Bushwick, an emerging trendy neighbourhood, full of bars in the middle of abandoned factories (seriously), and decaying buildings that give character and contrast to the area.

Shimokitazawa has a much more relaxed atmosphere compared to the hustle and bustle of Tokyo. Everything considered to be creative takes centre stage. Like any self-respecting hipster district, here you will find vintage clothing shops, quirky cafes and of course a bike around every corner. 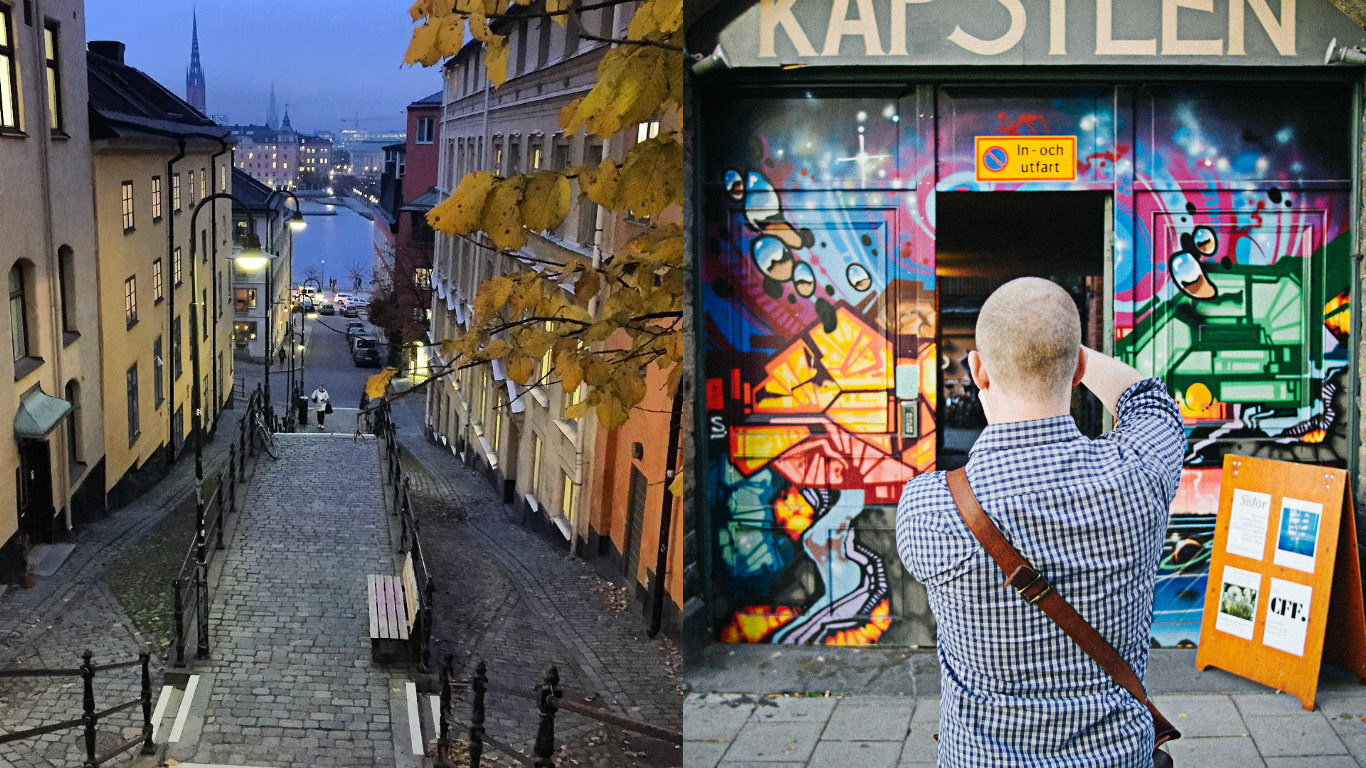 The largest island in the city of Stockholm, Södermalm has always been considered  a popular part of town. It’s awash with industrial buildings and wooden houses, museums, trendy bars, concert halls and enough attractions to draw the attention of the hipster population of the Swedish capital.

SoFo is the southern district of the Puerto Rican capital. From the Caribbean style colourful houses, to the incredible street food, markets, bars and clubs, this neighbourhood is hipsterisimo!

Miami cannot be left off our list! Wynwood is where a huge concentration of studios and galleries, cafes and clubs are flocking these days. The locals organize the monthly ArtWalk, a contemporary art exhibition in the open streets,  celebrating the strong creative spirit in this neighbourhood. 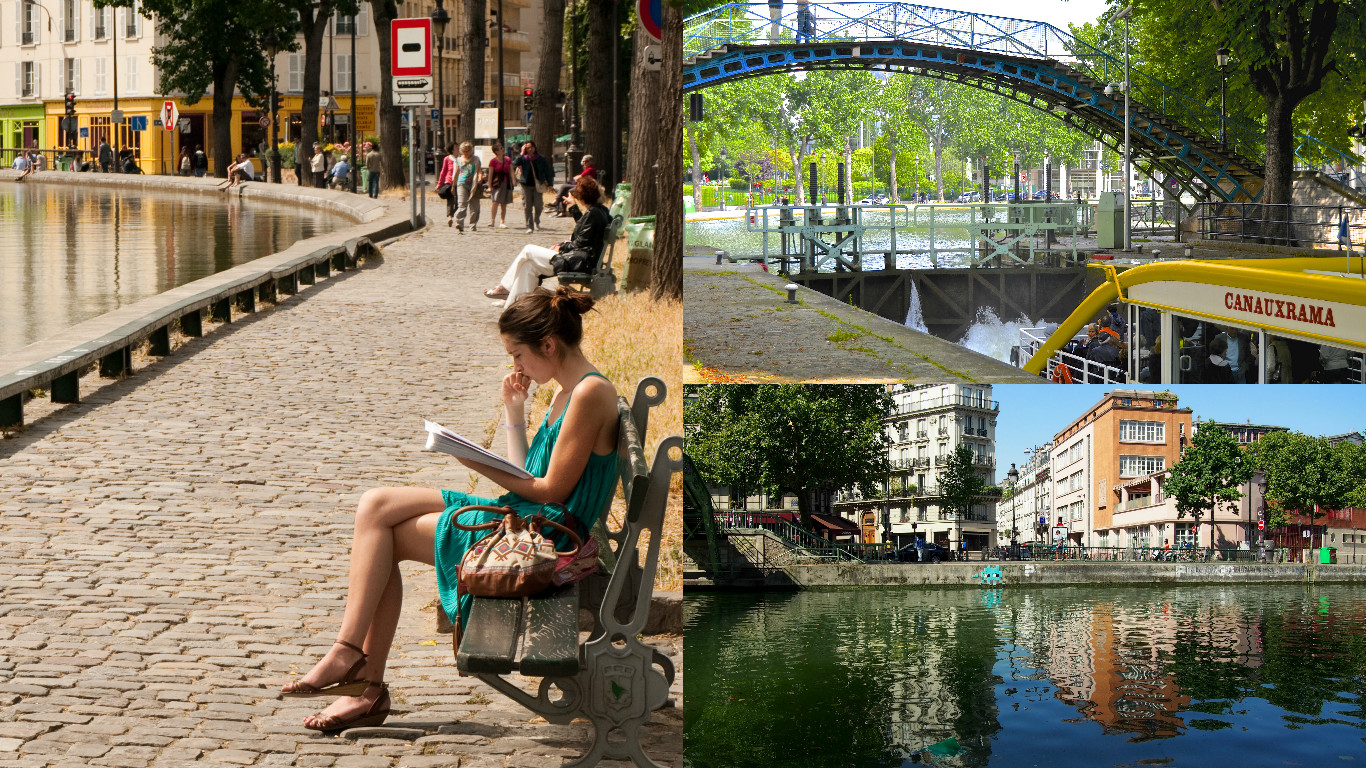 Canal Saint-Martin is a favourite hipster-zone full of young Parisian bohemians, who   eat picnics on the banks and drink red wine until the wee hours of the night. To characterize the hipster-ness of the area is Point Ephemere, a former warehouse converted into a cultural reference centre. Here they organize concerts, events and exhibitions, and it’s all framed by a beautiful bar.

The historic working-class neighbourhood of Rome, Pigneto, has evolved and modernized over the years. The area is now crowded with local shops, and in its heart is Kino, a centre dedicated to independent cinema. Side note: it also has a bistro and numerous events that you’d be insane to miss!

Hostel in Rome Recommendation: THE YELLOW 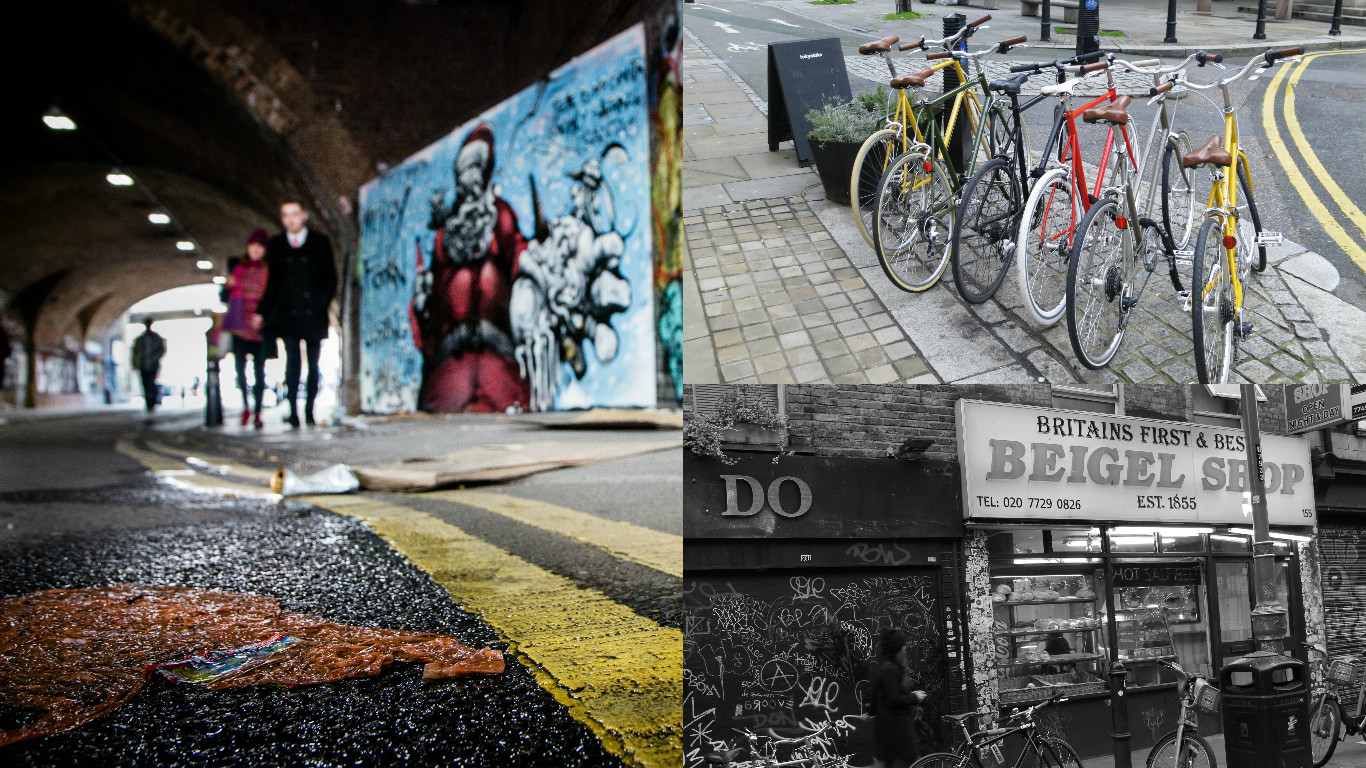 London is a multi-ethnic city, where each district has its own personality. Dalston, Shoreditch and Hoxton are the three hipsterish neighbourhoods within the English capital, and are the main hub of London’s alternative culture. Here you’ll find a bucketful of nightclubs, second-hand shops and art and design galleries. Dalston even has a farm shop: an experiment in urban agriculture, with a bar, function rooms and hydroponic gardens.

The neighbourhood of bikes, trendy bars, art and culture: the Wonderland district (barrio de las Maravillas).  Clubs have taken over the small local area which has catapulted it’s trendiness over recent years.   Everyone loves some live local music! 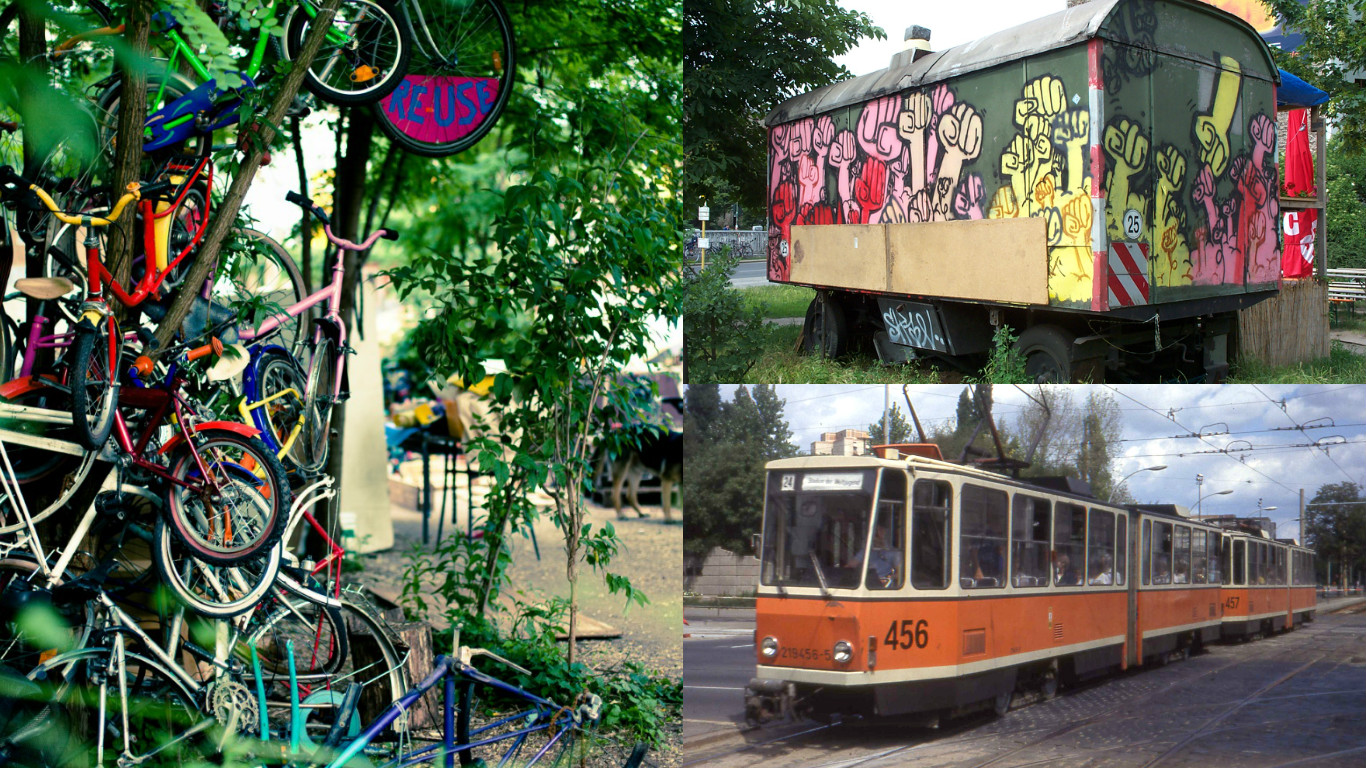 These are Berlin’s real hipster strongholds Bars, clubs, and cultural centres are the backbone of this city and the place is undergoing constant evolution, while maintaining the historic features that blend perfectly into the hipster lifestyle.

V This Island separated from the city has transformed over time from a popular traditional area to a hipster haven with a classy urban vibe. In this small village you can find artists, trendy bistros and shops of  all kinds of cool.  Oh and p.s. the nightlife is king!

Known as THE Australian hipster city, Fitzroy is  Melbourne’s beating heart. One of the most beautiful buildings in the city is the Centre for Contemporary Photography. The neighbourhood is also home to the Fringe Festival, one of the most prestigious celebrations of art, music and theatre in the world. 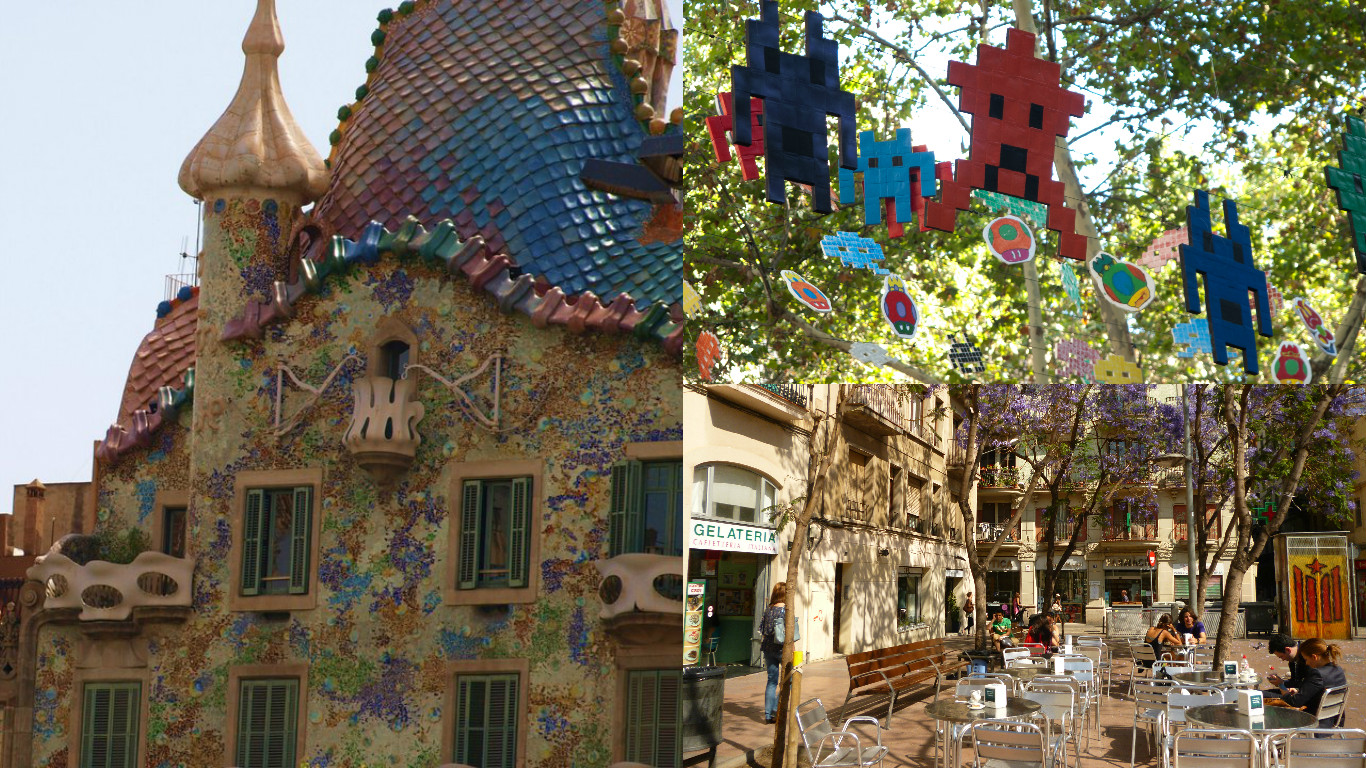 A district known worldwide for Park Guelland Casa Vicens, the  allure of Gracia is  its streets. They’re filled with various  Can you be more specific here? The squares are atmospheric  at sunset, thanks to the bars and nightclubs that surround them.

If you are a pub enthusiast, check out the dozens of different beers, artisan bakeries, confectioneries and raw-wood furniture Nørrebro has in store for you. The Laundromat Café, is both a laundry room and a bar, where you can connect to Wi-Fi from your laptop while sipping coffee  AND waiting for your laundry! 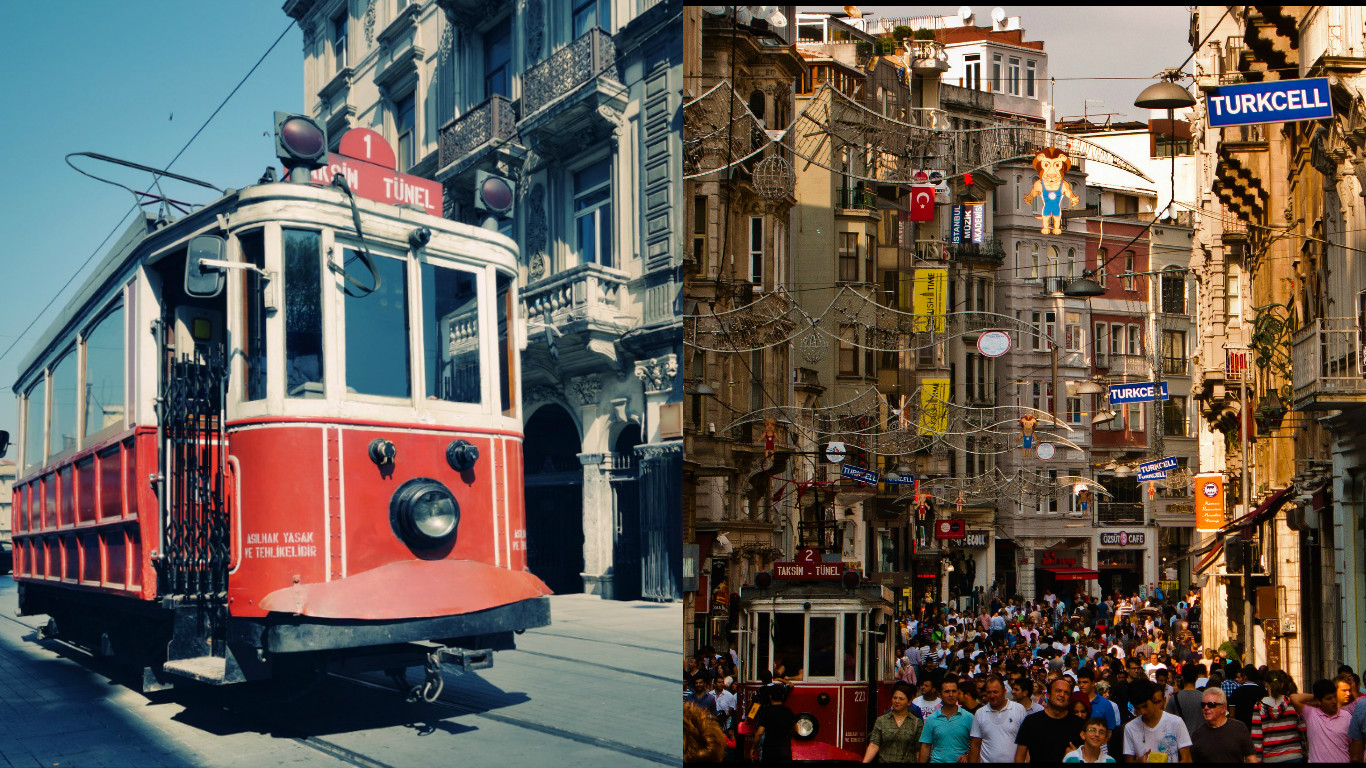 Bayoglu is so full of things to do, see, hear and even eat that it’s like a city within a city Prepare to be seduced by the live music in the air as you stroll through the picturesque streets.

The pearl of the Scandinavian Peninsula, Helsinki is a university city full of life and young people blazing their own trails. Kallio is the hipster hood of this wonderful city, where inspiration never fails, and you’ll find a plethora of designer shops, clothing second-hand and vintage items.

A neighbourhood rebuilt after the destruction of the war has been reborn and projected into the future.  Check out the stunning “ruin bars,” located in abandoned buildings, and furnished with furniture made from recycled furniture and imaginative sculptures. It’s basically the artistic centre of the city, with all the events, live music, markets and exhibitions going on. 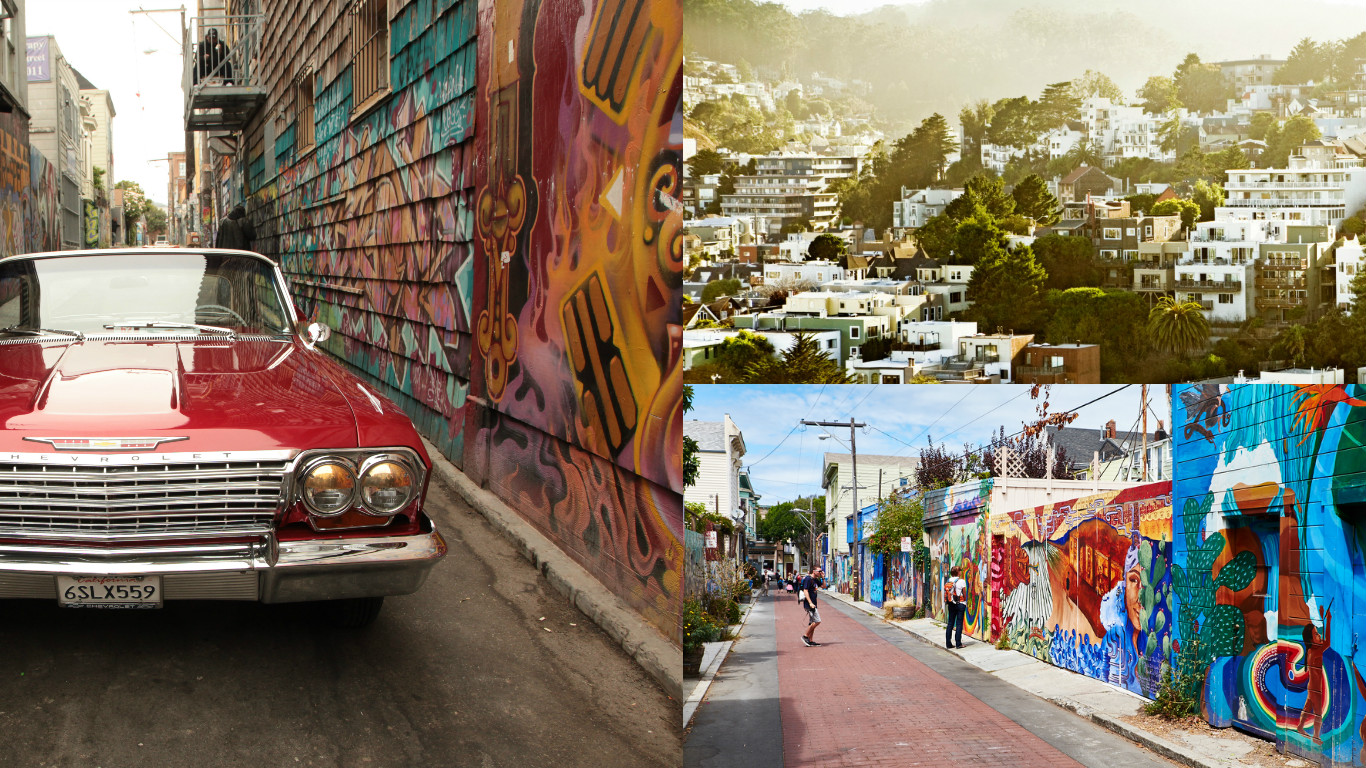 As per tradition, a hipster neighbourhood is a trendy and modern locale that retains some classic features. The most striking example is the San Francisco Mission District, one of the oldest areas in San Francisco, and now a cutting-edge  playground for experimentation. The Precita Eyes Museum is the guardian of this experiential treasure, and will help you discover a vibe that you will not feel anywhere else in the world.

Are Ugg boots cheaper in Australia?

Clubs in Miami – are they really that hard to get into?

Ten fun budget things to do in Halifax, Nova Scotia in Canada