Often overlooked in favour of weekend breaks to Amsterdam, Barcelona or Lisbon, Brussels is brimming with emerging art galleries, creative food pop-ups and of course great craft beers. Less bureaucratic than the EU would make you believe, it’s a satisfying mix of historic yet hipster, bizarre but blossoming and is multicultural to its core. Venture out from the usual tourist-haven hotspots and check out these lesser-known gems in our guide to Brussels.

Check out the Northern powerhouse 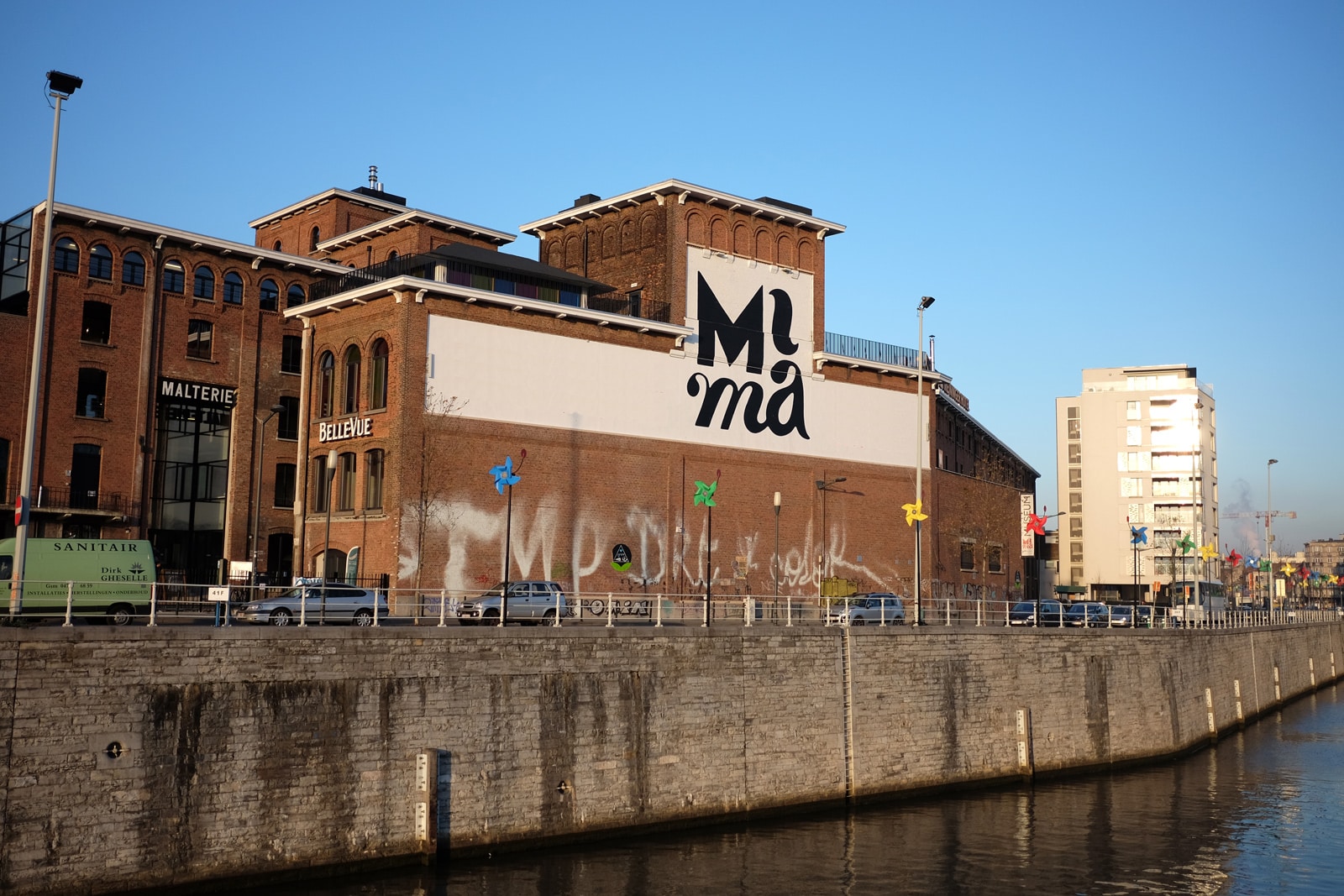 While most visitors flock to the Grand Place in the city centre, to experience the cutting edge of this city you want to go north. In the old industrial district of Molenbeek, you’ll find one of the city’s newest museums housed in a former brewery: Mima, a temple to the contemporary, with art from subcultures like tattooing, skateboarding and graffiti. Further north along the canal is Kanal, a collaboration with Paris’s Centre Pompidou in an old Citroën showroom. It doesn’t fully open until 2022, but in the meantime there are temporary exhibitions to whet the appetite.

The sprawling district of Schaerbeek is a collection of bustling, multicultural neighbourhoods with the lovely Josaphat park at its centre. Turkish greengrocers rub shoulders with authentic pizzerias and Moroccan butchers, while in the park, everyone’s welcome for a Belgian beer at the Buvette Saint-Sébastien, the tiny clubhouse of an ancient guild of archers. On Fridays, locals head to the Chasseurs Ardennais market to pick up groceries and an after-work drink. Schaerbeek is also a great base away from the tourist trail; try the Funkey for bargain rooms and service with a smile.

In the city centre, while away an afternoon in the Flemish quarter around Place Sainte-Catherine. Rue des Chartreux, Rue de Flandre and Rue Dansaert are full of boutiques, vintage shops and Scandinavian design outlets, and you won’t go hungry or thirsty here. Life is Beautiful serves creative cocktails in a laid-back living room; Monk has a top-class beer selection and a beautiful dining room serving spaghetti and nothing else; a gorgeous elderly couple serve up posh tea and cake at AM Sweet; and you can tuck into fresh fish on a street corner at Mer du Nord, standing elbow to elbow with the folks at the next table. 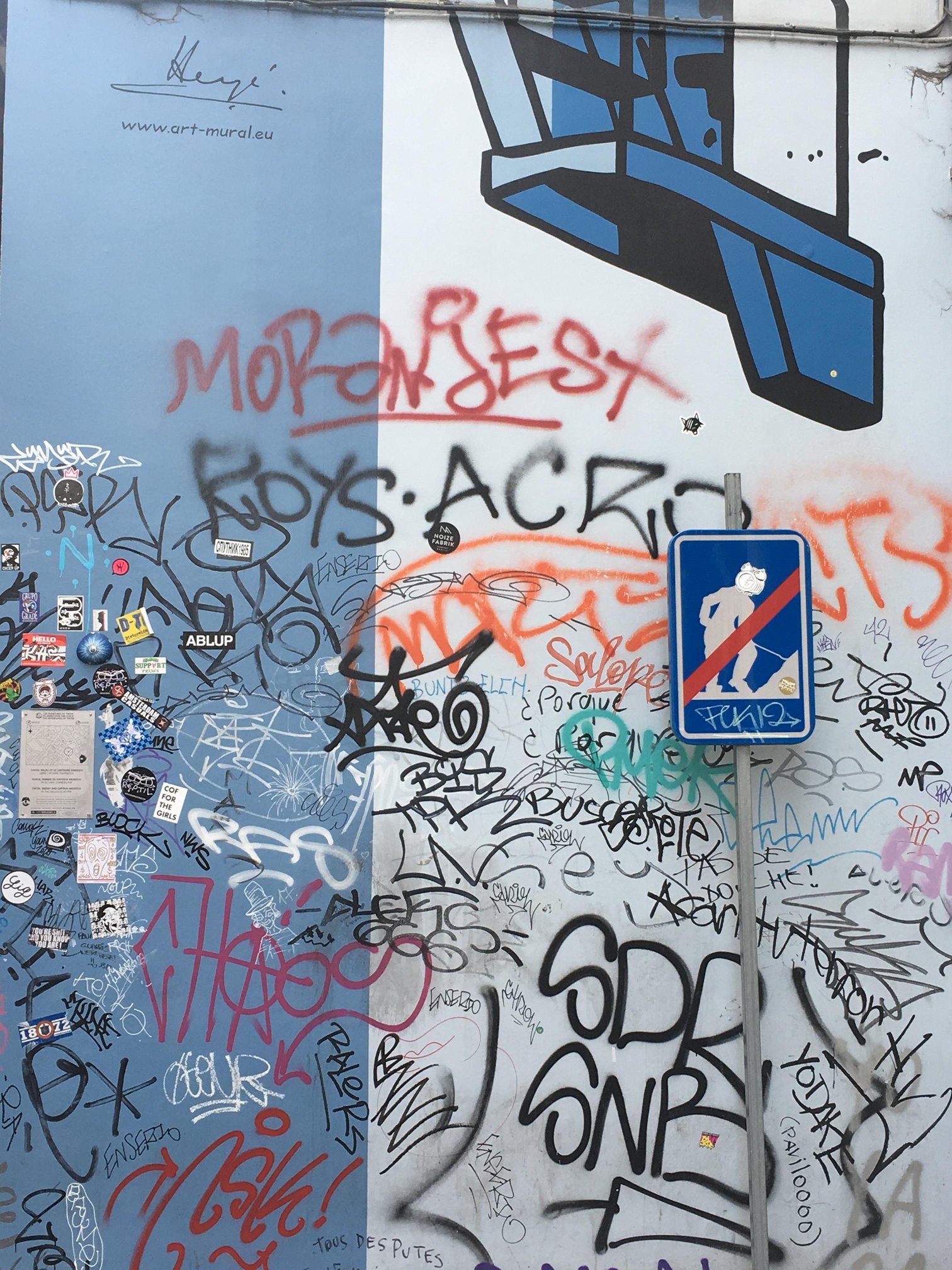 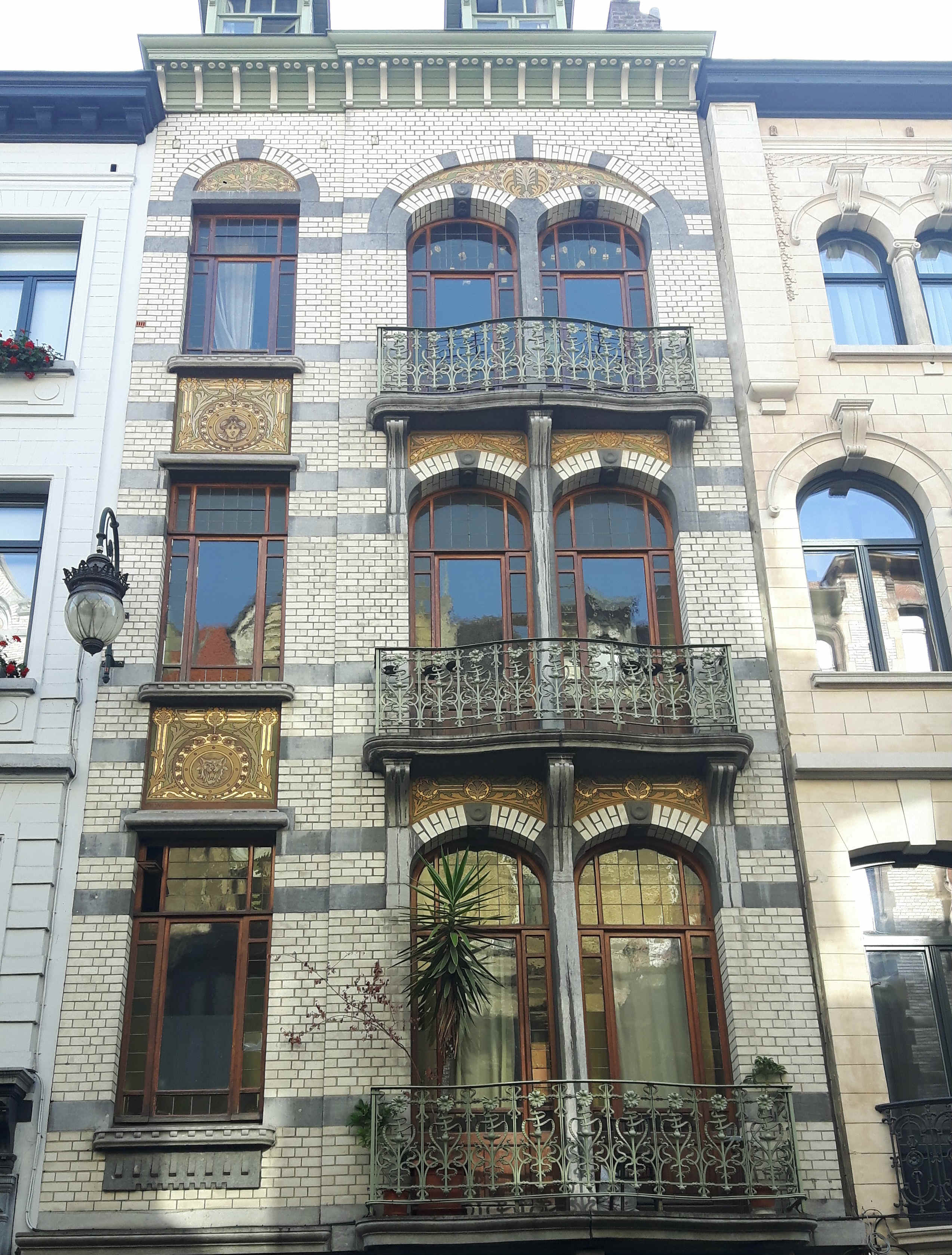 South of the centre, Saint-Gilles is a gem of a neighbourhood. It climbs steeply uphill from the seedy Midi station area (likely to be your first glimpse of Brussels; reserve judgement until you’ve seen a bit more) to the magnificent town hall, passing wine bars and traditional pubs, arts centres, Art Nouveau houses and explicit wall art. The town hall square hosts a food market every Monday until 9pm (we love Ty Penty’s Breton crepes and cider and Sin’s heavenly veggie burgers), and nearby Moeder Lambic is one of the best places in town to discover a few of those 1,000 Belgian beers you’ve heard about. Walk it off with a stroll around the hilly Forest park, home to a couple of pop-up bars in summer.

One of Brussels’ most peaceful spots is right next to one of its rowdiest: Cimetière d’Ixelles, or Ixelles Cemetery, where the students of ULB university hang out. Le Waff bar, with its courtyard out front, is something of an institution; the barn-like Atelier has an excellent beer list; and no-frills Gauguin is all about the atmosphere (and the blue cocktails). The cemetery itself is a great place to wander; notables buried here include master architect Victor Horta (you’ll see his work everywhere you look in Brussels) and the man who gave us the chocolate praline, Frédéric Neuhaus. 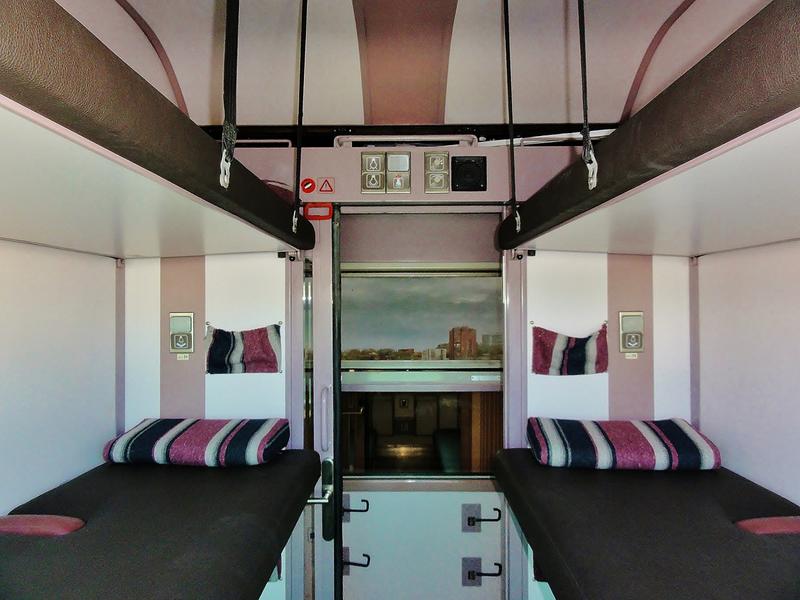 A cheap way to get a look at Brussels from all angles is through the window of a tram (also a great option for a rainy day). The number 7 skirts the east of the city from leafy Uccle in the south, through Schaerbeek (see above) up to Heysel, home to the Atomium and some glorious parkland. Another option is the 92: take it from the city centre and ride through the suburbs to the end of the line at Train World, an entertaining look at the history of rail travel (and site of the Train Hostel, where you can spend the night in an old carriage). 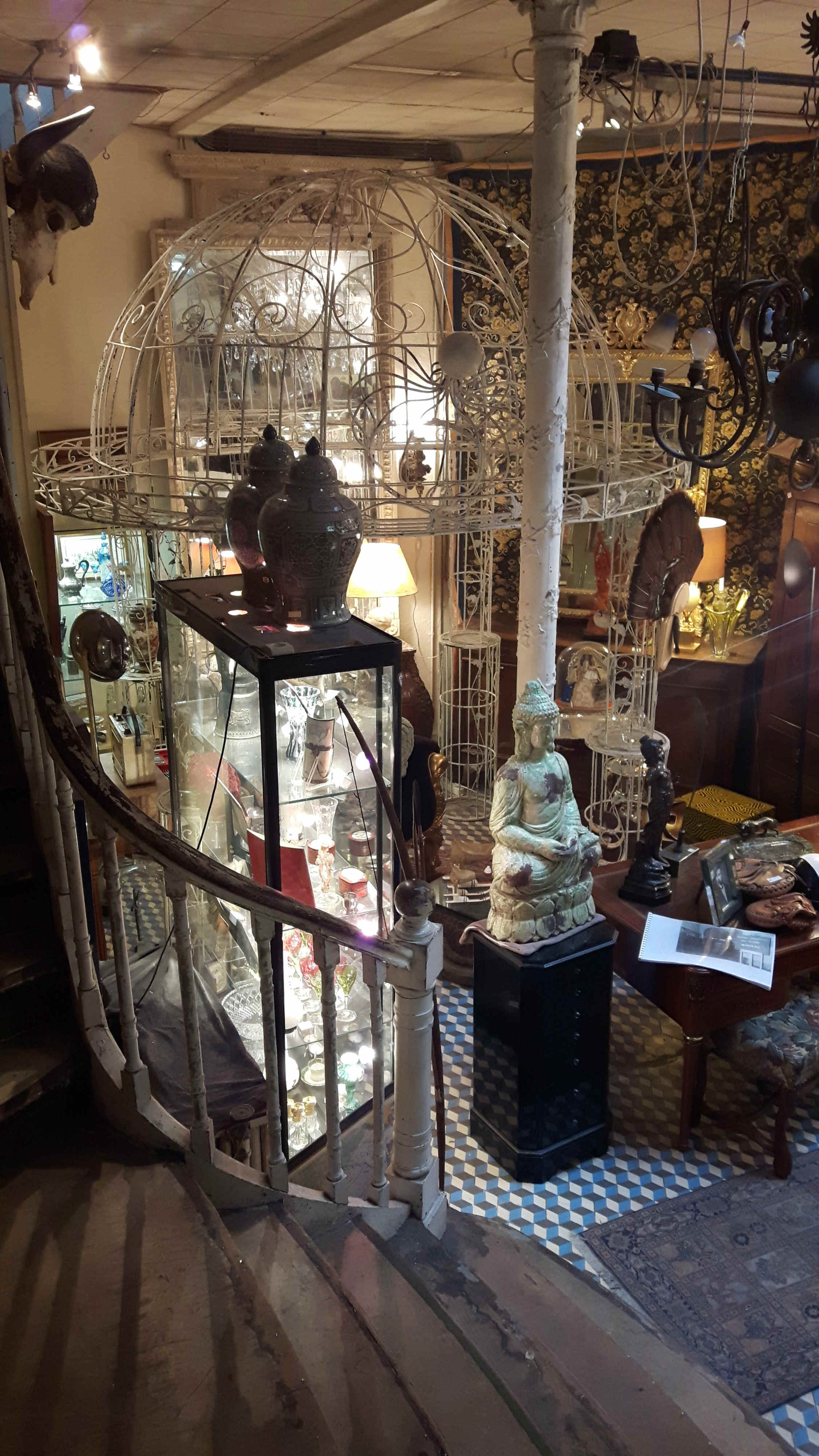 For an offbeat retail fix, head to the Marolles, the traditional working-class heart of Brussels. Along Rues Haute and Blaes you’ll find store after store packed with weird antiques and vintage clothes, with plenty of places to refuel; try l’Atelier en Ville for brunch and Café Capitale for coffee. The huge and increasingly well-known flea market that takes over the Jeu de Balle square every morning is worth a look for the dizzying and random array of merch. You’ll likely come across some live street music here at weekends too.

You can’t come to Belgium and not try a few beers. Upstart Brussels Beer Project has worked with British band Editors, makes beer from old bread, and chucks in limited edition ‘pop-up’ brews from time to time; enjoy a couple in their taproom. In the red corner, representing tradition, Cantillon brews geuze, a beer style that’s as local as it gets. Sour, sharp and generously known as Brussels champagne, it’s an acquired taste but it’s worth acquiring. Take a tour of the operations and taste their wares in the cosy bar afterward. 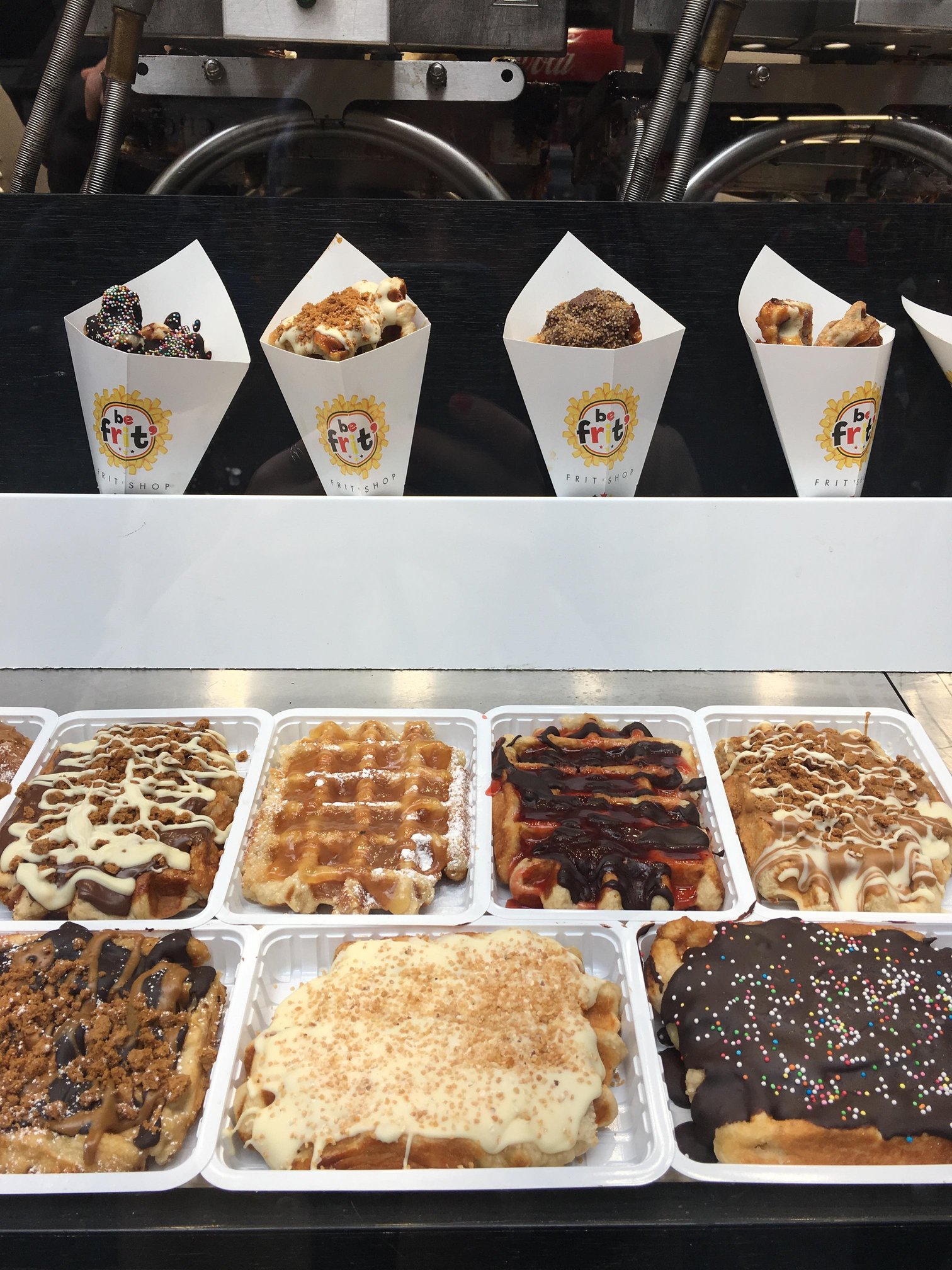 If your feeling flash or are purchasing souvenirs for a favourite Aunt, then you’ll be heading for Marcolini or Mary, the master chocolatiers with the eye-watering price tags to prove your love. But if you’re on a budget, you’ve got plenty of options. Leonidas is a reliable choice with outlets on virtually every street, while Zaabär has a single branch not far from Avenue Louise where you can try out their inventive varieties, watch it being made and have a go at making your own.

Loosen those top buttons and embrace the Belgium diet

There’s nothing fast about Belgium’s contribution to fast food. Long, snaking queues are a familiar sight at the city’s chip vans (friterie or fritkot in the local lingo), as people wait patiently in line for their cornet of golden frites with a dollop of mayonnaise. Cooked to order and served with love, they’re always worth the wait. Pick up a cone at Frit’ Flagey and tuck in as you stroll around the two lakes adjoining the square.

More things to do in Brussels

How to spend Christmas in Brussels