Ah Croatia, that glorious country of pristine islands and long stretches of beautiful coastline, featuring ancient walled cities so evocative they are used as the backdrop to Star Wars and Game of Thrones. It has long been a melting pot of culture and many outside influences, from the Romans to the Turkish, they have all left their mark. The result? A place that brings it all together and dishes it up on your dinner plate. Unsurprisingly, Croatia is becoming a foodie mecca. Each of the country’s regions are proudly gastronomic and have their own distinct flavours and dishes. From squid ink dishes to meaty cabbage leaves and mouldy sausages, here’s a guide to Croatian food.

WARNING: Croatian food is very meat heavy, whilst there are hundreds of vegetarian and vegan options served in restaurants all over Croatia, traditional dishes are usually meat-based. 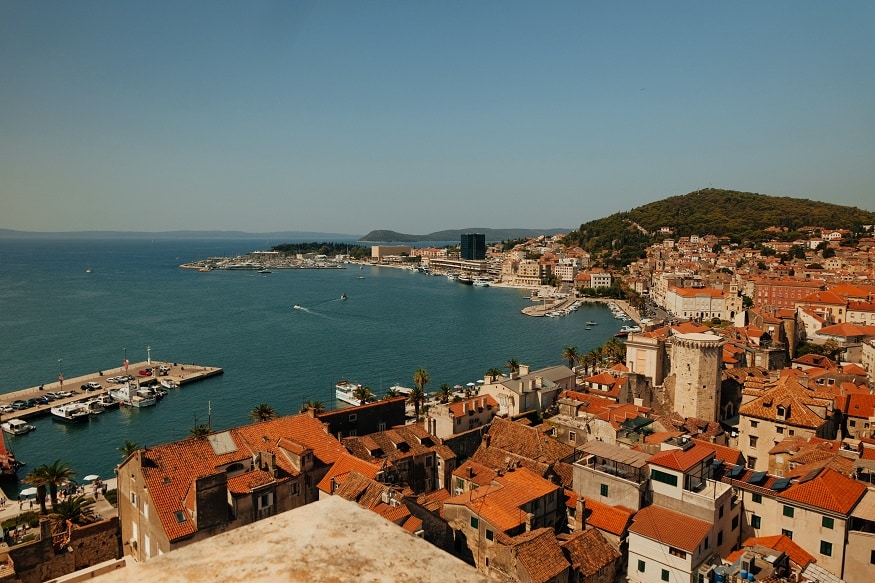 The most southerly region includes Zadar, Split and the UNESCO-listed city of Dubrovnik, whose traditional taverns – or konobas – draw gastronomic inspiration not only from the abundant seafood of the Adriatic Sea, but also from their Italian neighbours across the water.

The signature dish of the region, peka, comprises of meat or fish (typically veal, chicken, lamb or octopus), vegetables and herbs baked inside a bell-shaped lid known as an ispod čripnje with fireplace embers placed on top. Most houses have a special place outside (or in the basement) just to prepare peka, and if you are lucky enough to be invited to dinner, you’ll find it a Croatian staple.

While the town of Mali Ston in central Dalmatia is famous for its briny oysters, it is Ligne (squid), oily fish such as sardines or mackerel and octopus that are the most common catch on the menu – usually served simply in a classic Mediterranean style, grilled over hot coals and sprinkled with fresh lemon, olive oil and parsley.

Black risotto is a dish found throughout the Mediterranean, but its popularity in the peasant communities of Dalmatia goes as far back as the middle ages. It consists of risotto rice cooked with squid and cuttlefish ink added at the end of the cooking process, which gives it both an intense colour.

A dish often served up for feast days, including Christmas day or other special occasions, pašticada is a delicious stew of beef marinated in red wine and roasted with prunes, bacon, vegetables and dried figs. It takes a while to prepare, but the wait is worth it. It is often served with homemade pasta or gnocci.

The north western peninsula may be the smallest of the regions, but it is packed with culinary delights; influenced by Venice and with some of the best ingredients to be found in the whole of the Mediterranean, Expect dishes to be peppered with wild asparagus and world-class olive oil. Istria is also well known for its luxurious truffles, with one of the largest ever found on record (sniffed out by a local dog named Diana).

Vegans and vegetarians look away now for traditional Istrian cuisine has some excellent meat, and this is the first of two pure meat dishes on this region’s list. Boškarin is actually the name of a native long-horned Istrian ox that grazes on natural pastures, the meat of which is a delicacy served up as fillets or, more commonly, with handmade tube-shaped pasta called fuži (see below) and truffles. Other, more modern dishes include boškarin tail soup or curing it to make salami.

Similar to Italian prosciutto, this dry-cured and salted pork leg is a speciality in Istria and the west facing island of Krk. Left out dangling to air-cure for over a year in the chilly bura wind that blows in from the north east, the meat is then seasoned with local herbs such as rosemary and bay leaves. Platters of pršut i sir (cured meat and cheese) are often served up as an appetiser before a meal.

This tubular and quill-shaped homemade pasta is a common resident on a konoba menu and is often served with a truffle sauce or light red wine sauce accompanied by boškarin, chicken or wild game. Though Italians would disagree, Istrian fuži is fresh and delicious enough to rival anything served up across the other side of the Adriatic.

More intriguingly known as the pilgrim scallop of Novigrad, this shellfish is considered one of the tastiest in the world. Found in areas where saltwater mixes with freshwater, the resulting flavour is delicious enough for it to have its own festival held every summer. The scallop is often accompanied by the superb extra virgin olive oil from one of the local producers, also considered amongst the world’s best.

Stretching from Gospić to Čakovec, Rijeka to Bjelovar, the central region also includes Croatia’s capital, Zagreb. While the coastal regions take their influences from Mediterranean (and particularly Italian cuisine), here in the heartlands heads are turned towards the northerly countries of Hungary, Austria and even south to Turkey. Here’s a few dishes to dig into on your gastronomy journey:

Kotlovina is a popular dish often prepared outdoors in Zagreb and northwest Croatia. It consists of either chopped pork or chicken, which is fried with vegetables, paprika and garlic before being slow-cooked in a specially designed cauldron over an open fire. The result is a hearty stew perfect for sharing along with good bread and great local wine.

This is another staple popular in Zagorje and northern Croatia for festivals and family occasions. A simple dish: it is a thin, dry flatbread that is broken into pieces before being placed in boiling water. It is then left to soak up the juices of a roasted turkey, which it is later served with. Straightforward and tasty.

As the name suggests, this is similar to a strudel, though closer still to a Slovenian štruklji. The Croatian kind can come as a sweet or savoury dish, so make sure you order right. The savoury version comes baked and filled with eggs, cottage cheese and sour cream, whilst the sweet one is ladled with sugar.

A popular evening meal in north Croatia, this is another homemade pasta dish, though this time it is flat pasta cut into squares and served with stewed or roasted cabbage. A hearty, winter meal that is not only simple but surprisingly creamy and moreish. Often served as a side to roast pork and a good glug of the ever-present Sljivovica (see drinks).

It may be the least visited region of Croatia, but the north-eastern inland area is famed throughout the country for its famous Kulen sausage as well as its paprika flavoured dishes. Being closer to the Slavic regions in taste and culture, much more use is made here of pork than the southern areas, which favour veal, seafood or lamb.

This famed flavoured sausage is a Croatian superfood, found everywhere from barbeques to meat platters. It is a sausage the people are fiercely proud of – to the point of having an international dispute with Slovenia about its origins. Similarly to a salami and a chorizo, paprika spices the pork and gives it a deep smoky flavour. The best stuff sometimes comes covered in a layer of mould – for the added flavour, of course.

Another dish often prepared outdoors; this is a spicy fish stew often cooked in a cast-iron cauldron hanging over an open fire. The traditional recipe uses freshwater fish, such as perch, catfish or pike, married with white wine, onions and paprika for added heat and colour. Often served with tagliatelle-style pasta, while the remaining broth is dished up as a soup.

Basically the meat version of fiš paprika, this paprika-flavoured stew (again cooked in the open air) typically uses three types of meat – pork, beef and whatever else is lying around. Vegetables are thrown in as well to make a tasty dinner that has kept Slavonian shepherds alert and eagle-eyed for generations.

Cabbage is versatile, who would have thought it? These cabbage rolls use leaves to form vessels for a filling of ground pork and beef, bacon, rice and paprika. They are little packets of delectability best served with sauerkraut and a chilled glass of local white wine.

Pair your Croatian cuisine with the perfect tipple:

Sljivovica – The national drink of Croatia, Sljivovica is a plum brandy, the recipe for which has been passed down generations and varies slightly from household to household. It has a subtle sweetness and a real kick. 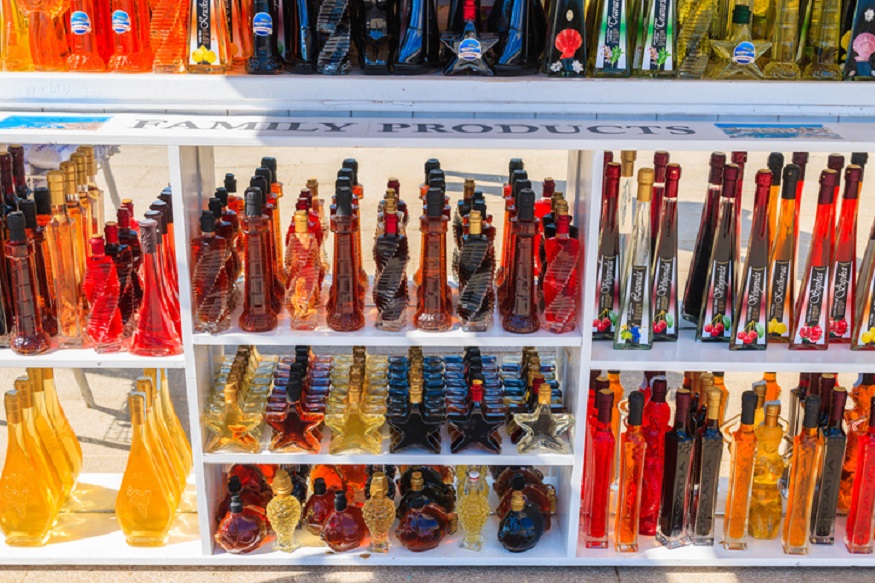 Wine – Croatia is a country with thousands of years of wine production, starting with the Illyrian and Greek invaders. However during the Yugoslavian era many of the vineyards were nationalised leading to a loss of expertise. But, once again Croatia’s reputation for good-quality wine is on the up, there are a huge variety of grapes indigenous to Croatia, resulting in a great choice of wine both red and white.

Some of the best are:

Start your Croatian food exploration and book your hostel here

Robyn Wilson is a freelance travel journalist. She has written for UK national, international and specialist publications on food, adventures and destinations. She can be found tweeting here. 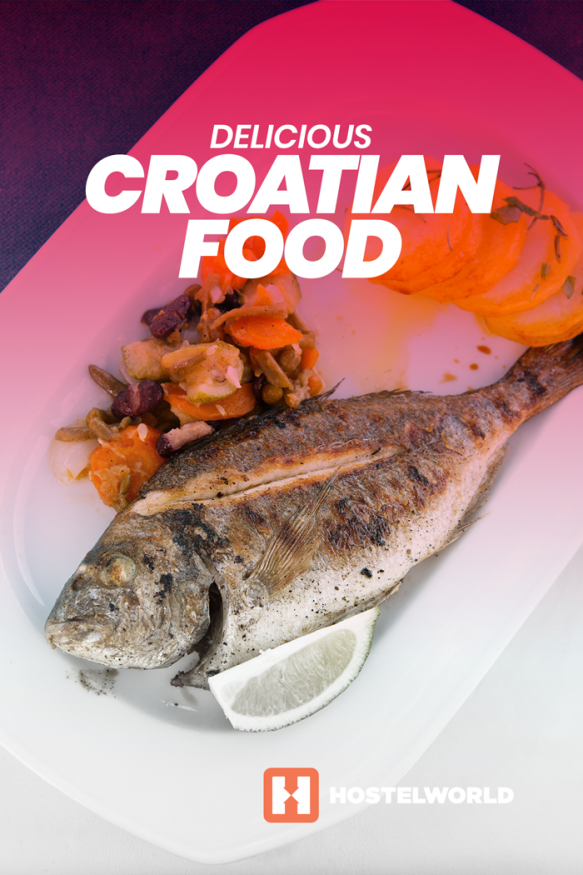