For five days and nights each October, Amsterdam Dance Event (ADE) turns the Dutch capital into the clubbing centre of the world. This year’s event takes place from 19-23 October 2016, and with over 2,000 world-famous and emerging DJs performing across over 115 venues – not to mention workshops and panel discussions – you’ll be in electronic music heaven. 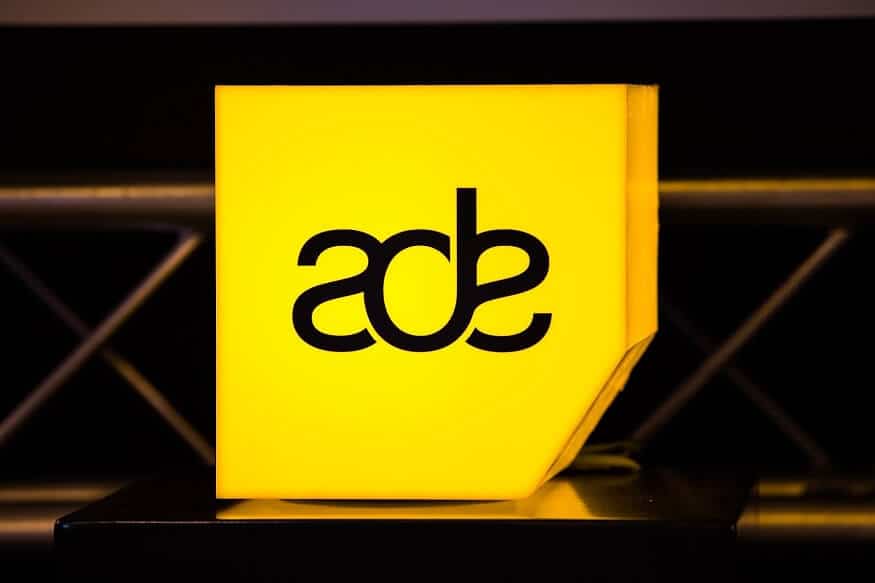 If you haven’t already entered our competition to win flights, 5 nights at the gorgeous ClinkNOORD Hostel and access-all-areas ADE passes worth over €1,400 then click here for the chance to win. For everybody else, our friends at Resident Advisor have picked out the best venues and events to help you make the most of your ADE trip in 2016. 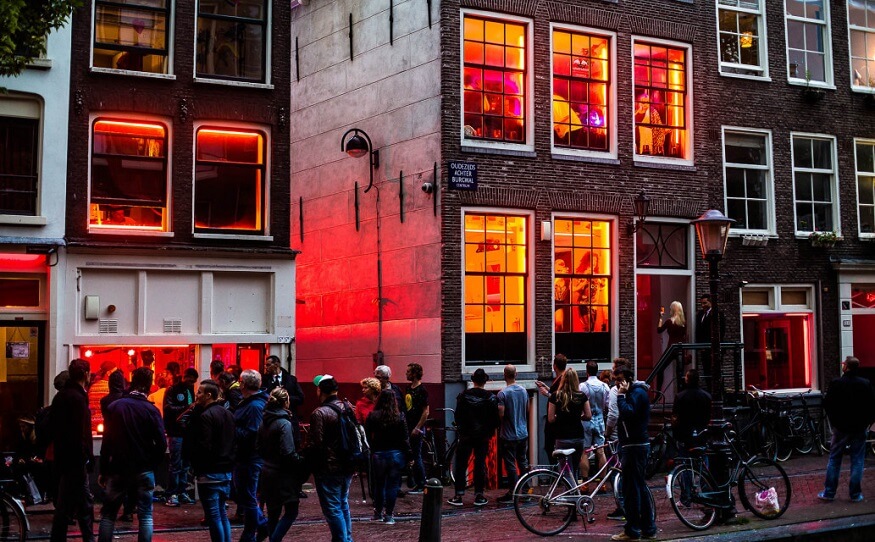 The coolest venues at ADE 2016 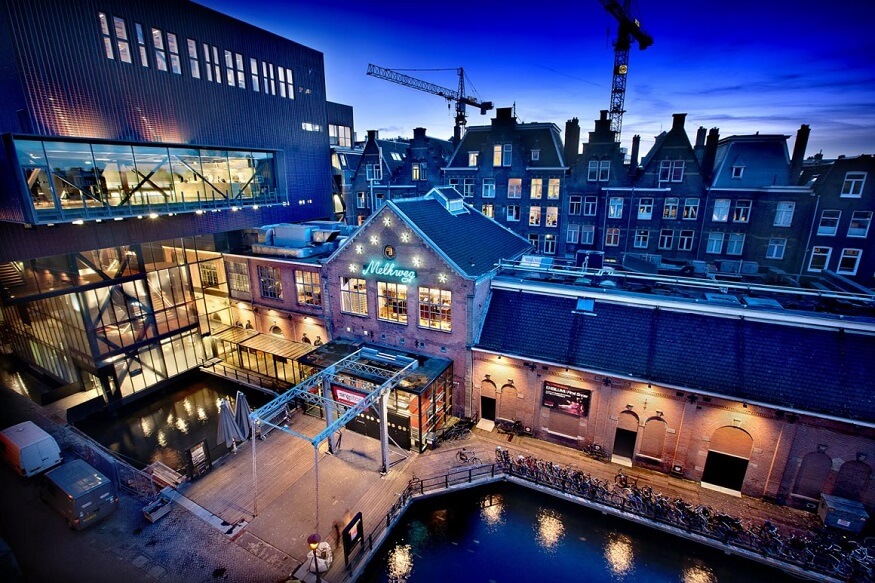 This former dairy factory is super central and has been going strong since 1970. Melkweg, which translates as “Milky Way”, is one of the city’s best-known electronic music venues and for this year’s ADE it will play host to an array of exciting events, including club nights, concerts, film screenings and exhibitions. This year’s eclectic music programme has something for everybody, from Blanck Mass to Hudson Mohawke, Kode9 to Crystal Castles.

Shelter is Amsterdam’s youngest haven for quality dance music, set to open during this year’s ADE right next to ClinkNOORD Hostel! The 700-capacity venue will launch with a four part series at the festival and has already secured a 24-hour license. Its owners have experience working in some of Amsterdam’s most successful venues: AIR, Trouw and LET so expect big things to come. If you’re looking for a particularly special club show on the Thursday night, Shelter hosts an all-star line up with Jackmaster, Moodymann and dutch favourite, Tom Trago. 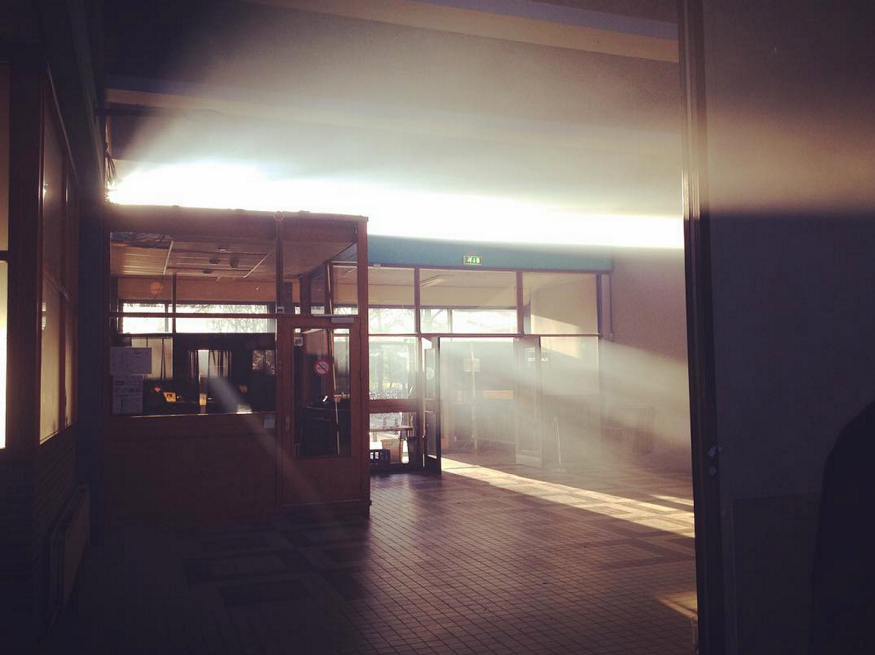 This former technical school is now a nightclub, concert venue, restaurant, café, co-working space, art gallery and gym all rolled into one. It’s one of Amsterdam’s youngest venues, but thanks to its 24-hour license and the fact you can party here 7 days a week, it’s already become a firm favourite with the locals. The venue’s ADE line-up hasn’t yet been unannounced, but considering De School is run by the crew behind two legendary Amsterdam nightclubs, Trouw and Club 11, you know it’s going to be good.

The hottest events at ADE 2016

Breakfast club is the go-to for day time parties during ADE this year. Hosted at RADION, these events kick off at 7am and run right through to 6pm, even providing a free breakfast buffet full of dutch delicacies! This year expect a techno-infused Saturday line-up followed by some colourful house on the Sunday. 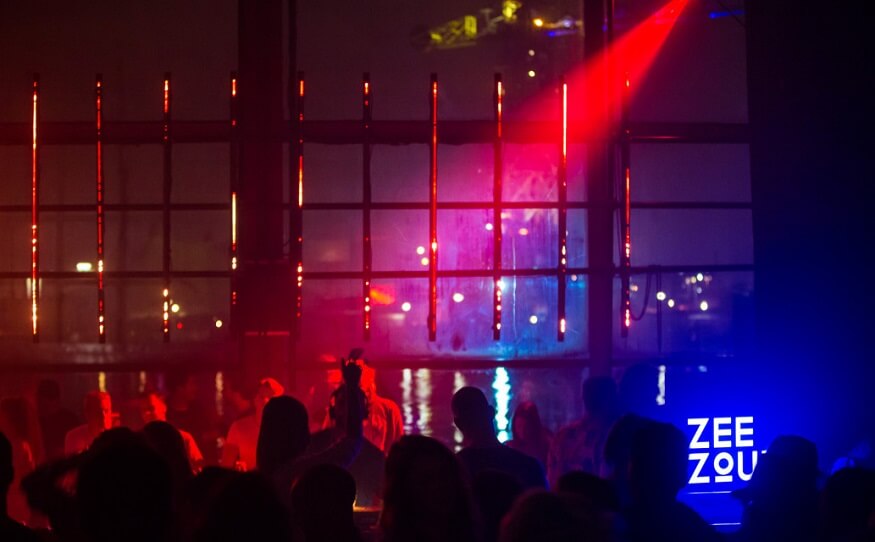 The underground promoter will host four parties featuring classy line-ups of house and disco DJs, with a focus on interesting back-to-back sets. These include the revered selectors Ben UFO and Hunee spinning B2B at the opening party. On Saturday, ZeeZout partner up with Feel My Bicep for a heavy-hitting line-up that features Bicep, Paranoid London live and Call Super. The series ends with another back-to-back on Sunday, this time featuring Maurice Fulton and Marcellus Pittman. Cult favourite Joy Orbison is also set to play the closing event. 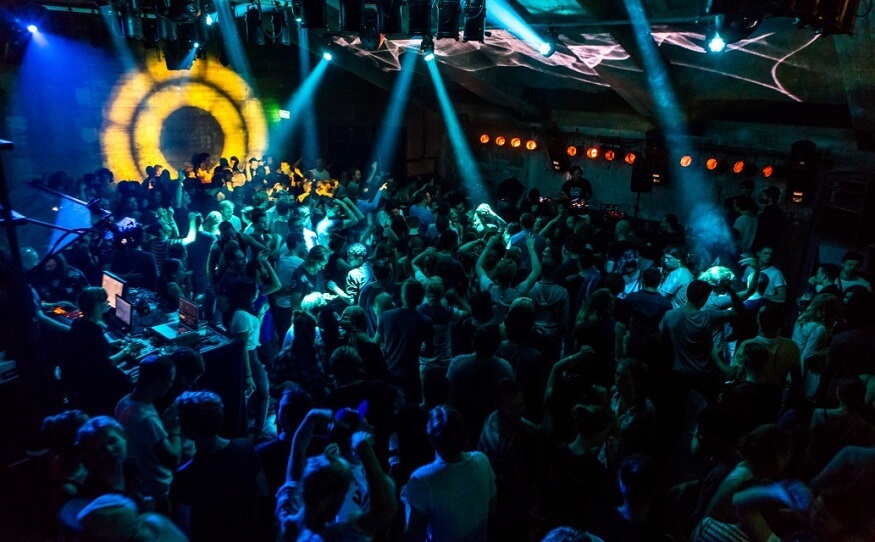 RA will once again host an annual showcase at ADE. They’ve locked in some of their current favourites for the two-room session, which goes down on 22 October at Amsterdam’s infamous RADION nightclub.
Much-loved experimentalist Actress is booked for a DJ set, along with Onur Özer and Objekt – two acts on the cutting edge of modern dance music with a fresh take on electro and techno. If you’re looking for something more upbeat, you’ll find the sunnier sounds in room two, courtesy of Suzanne Kraft (an artist behind one of RA’s favourite albums of 2015), Beautiful Swimmers and Palmbomen II. All three acts have their own unique brand of lush house and disco. 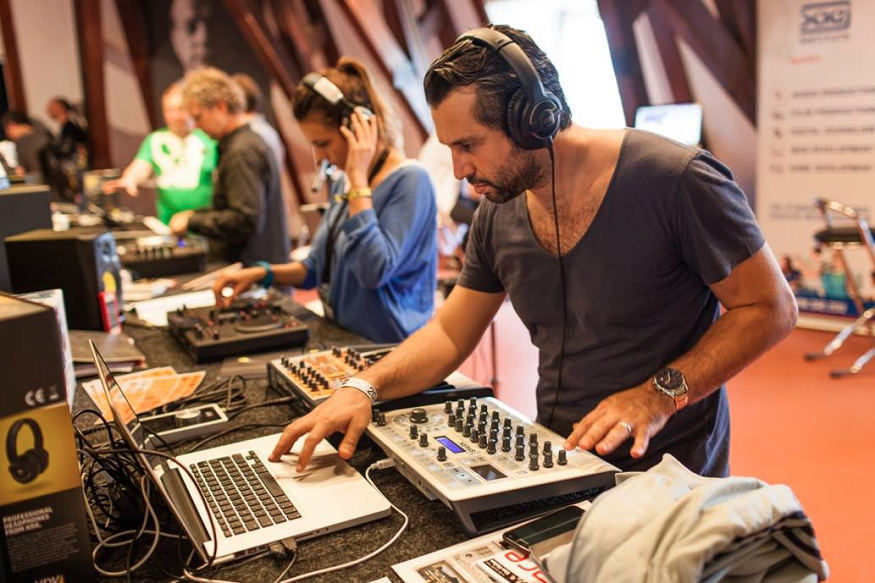 Audio nerd? You’ve come to the right place. The ADE Sound Lab is a three-day series covering everything about sound. The vast programme includes artist and engineer talks, synth-building workshops, audiovisual art installations and live performances. Plus admittance is free, so it’s accessible to all. 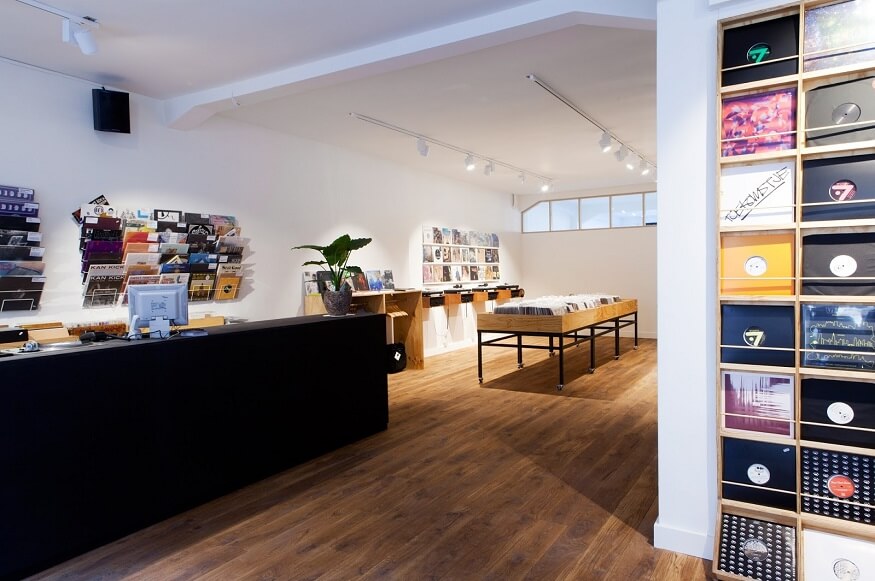 No visit to ADE is complete without stopping by Rush Hour Records. Situated on a quiet street to the west of the city’s central district, this beloved record shop is expertly curated by a team of knowledgeable and friendly vinyl enthusiasts. There will no doubt be a bounty of special offers and exclusive releases available during ADE, making this pit-stop a must for all the diggers out there. 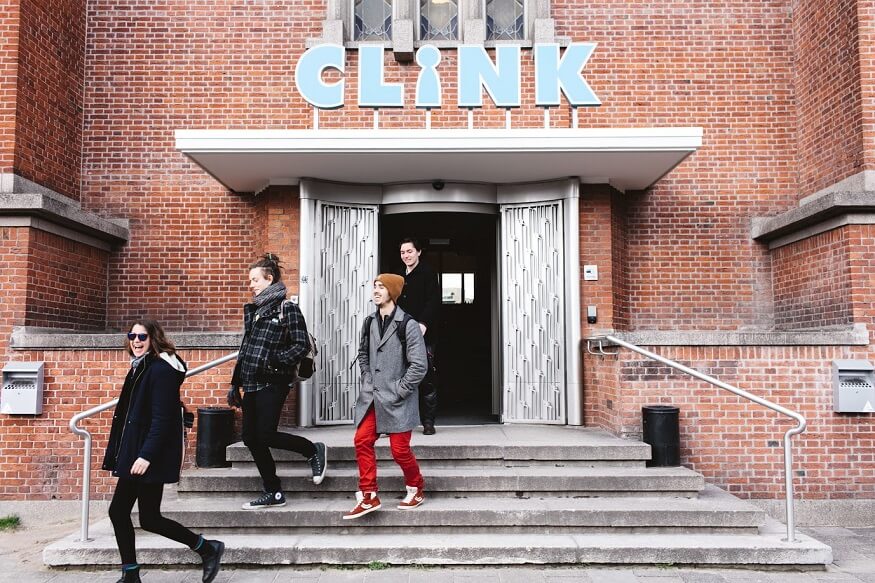 This gorgeous old 1920s laboratory combines industrial chic with beautifully preserved original features such as stained glass windows. The awesome social spaces are the perfect place to meet fellow travellers and plan the next day’s adventures. ClinkNOORD Hostel is located slap bang in the centre of Amsterdam’s vibrant Overhoeks neighbourhood on the banks of the River Lij – so you’ve got cool cafes and quirky cultural spaces all within walking distance.
Book now 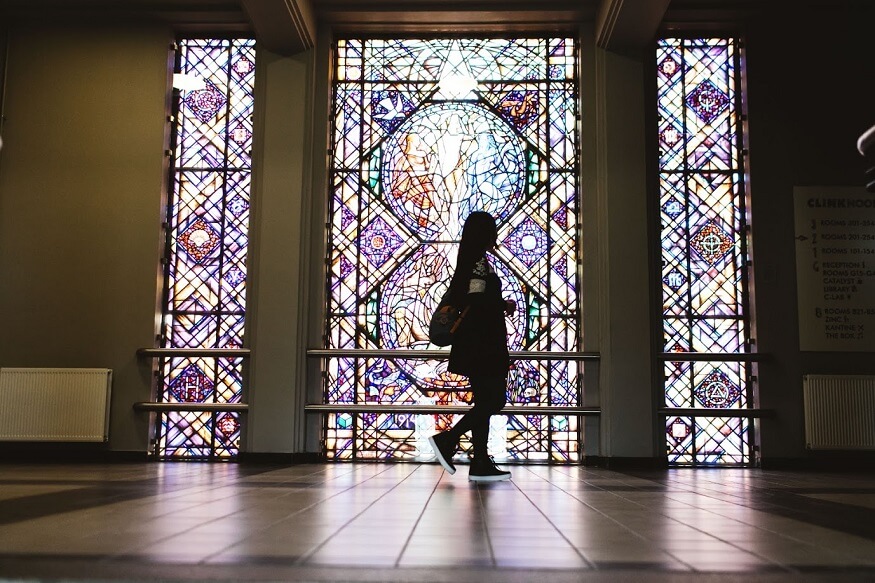 ADE is partnering with NDSM Docklands, a former shipping yard located on the north shore of the city’s IJ waterfront, to bring you some of the coolest festival accommodation on the planet with scenic river views against an industrial backdrop.  ADE SLEEP/OVER is an urban campsite offering an eclectic mix of accommodation including Mongolian yurts, cosy wooden huts, colourful caravans and more.
The site is located in the vibrant docklands area, where you’ll find artists’ studios and trendy bars to explore – all just 15 minutes from Central Station. To top it off, there even a free events programme taking place on site, with panels and DJ performances.
Book now
What to read next?